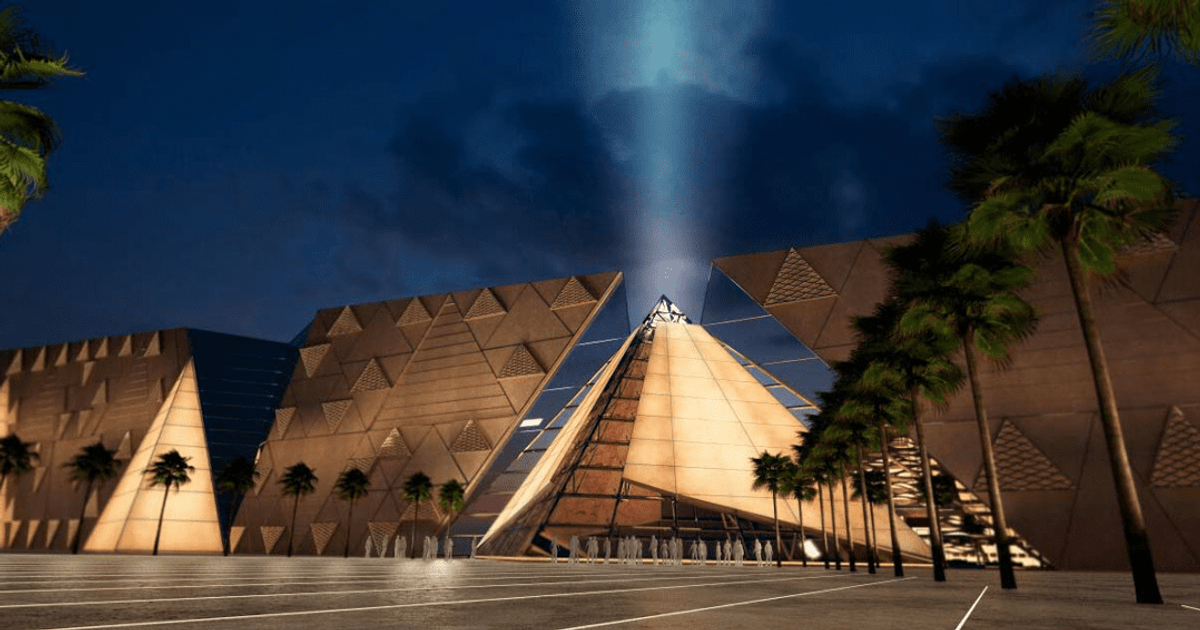 Home to King Tut’s entire treasure collection, the Grand Egyptian Museum will be the largest archaeological museum complex in the world when it opens in Cairo later this year. Olivia Palamountain reports

A flurry of exciting archaeological finds at the Saqqara necropolis south of Cairo is fuelling anticipation for the imminent opening of the Grand Egyptian Museum.

The museum was first scheduled to open in 2015, however building works have been fraught with delays and costs have spiralled from an estimated US$500 million to somewhere around the US$1 billion mark.

Hopefully none of those things will matter once the spectacular 500,000 sqm space opens.

Located just 2km away from the pyramids (of which it will have a panoramic view), the Grand Egyptian Museum will be largest archaeological museum complex in the world, home to a collection of some 100,000 objects and artefacts, as well as a 3D cinema and a museum dedicated to children. 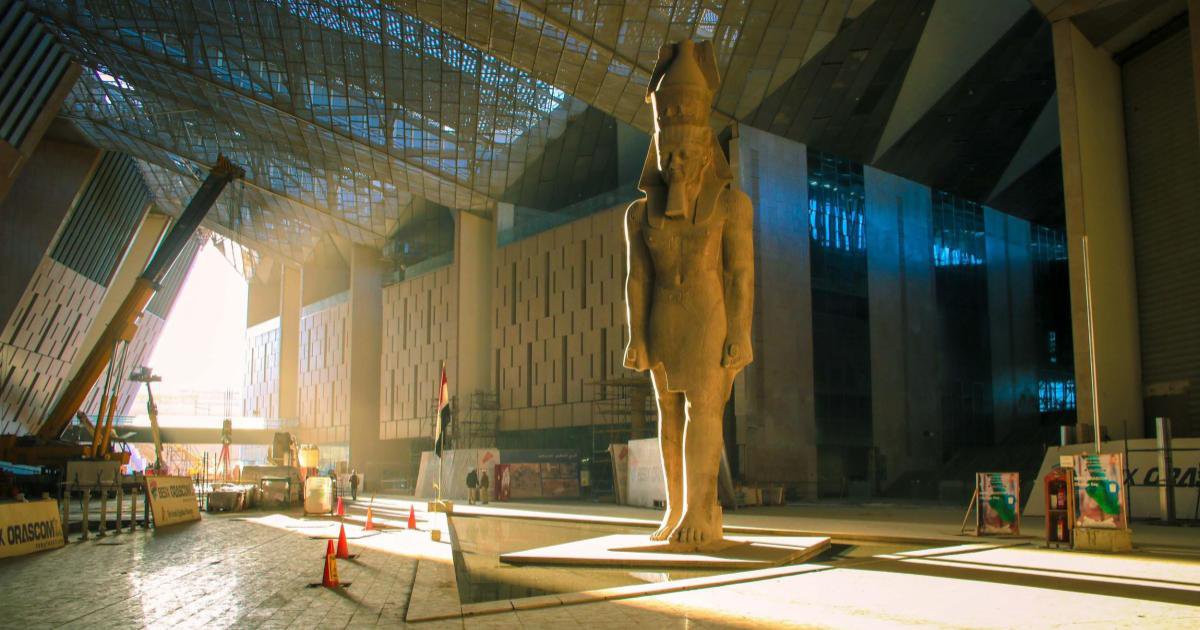 No Egyptian museum of this calibre would be complete without appropriate homage to Tutankhamun, the boy-king whose life – and death – has fascinated the world since his tomb was discovered by Howard Carter in 1922.

For the first time ever, King Tut’s entire treasure collection will be on display spread over more than 7,000 sqm of space, featuring 5,400 objects retrieved from his tomb, including three coffins and the famous golden funeral mask.

This exhibition will be joined by artefacts from pre-historic times and Egypt’s many thousands years of pharaonic civilisation through to the ancient Greek and Roman periods of Egyptian history.

One of the first treasures to be transferred to the museum was an 83-ton, 3,200-year-old statue of Ramses II that previously stood in the middle of a roundabout in Cairo.

Instead of keeping watch over traffic, the enormous depiction of the third pharaoh of the 19th dynasty of Egypt (also known as Ozymandias) now act as a host, welcoming an expected 15,000 people daily from his new position in the museum foyer – that’s more than five million visitors per year.

Could the Grand Egyptian Museum opening trigger a renewed interest in archaeological tourism? We think so.

Globetrender has reported on inspirational opportunities for ancient exploration that range from the launch of Turkey’s Museum Hotel, set in its own archaeological site and home the world’s largest mosaic floor; to Jean Novel’s subterranean Sharaan Resort in Saudi Arabia, which lies next to a UNESCO World Heritage site; and Arcadia Expeditions‘ guided historical and cultural journeys that afford exclusive access to people such as archaeologist Iain Shearer and historian Pierre Asselin.