US-based start-up SE Aeronautics has unveiled the design for its futuristic six-wing SE200 aircraft, which it claims could revolutionise commerical aviation with its low-carbon footprint technology. Jenny Southan reports

SE Aeronautics says that the “super-efficient” subsonic SE200 jet would be able to transport 264 passengers at a speed of Mach 0.9 (just under the speed of sound at Mach 1) with a range of 10,560 miles (the approximate distance of London to Sydney).

The wide-body SE200 would be a 100 per cent molded all-composite plane, with its most standout feature being six wings, three on each side of its fuselage in a “tri-wing” configuration. But what is most significant is its claim that it could fly with a far lower carbon footprint than similar traditional planes. 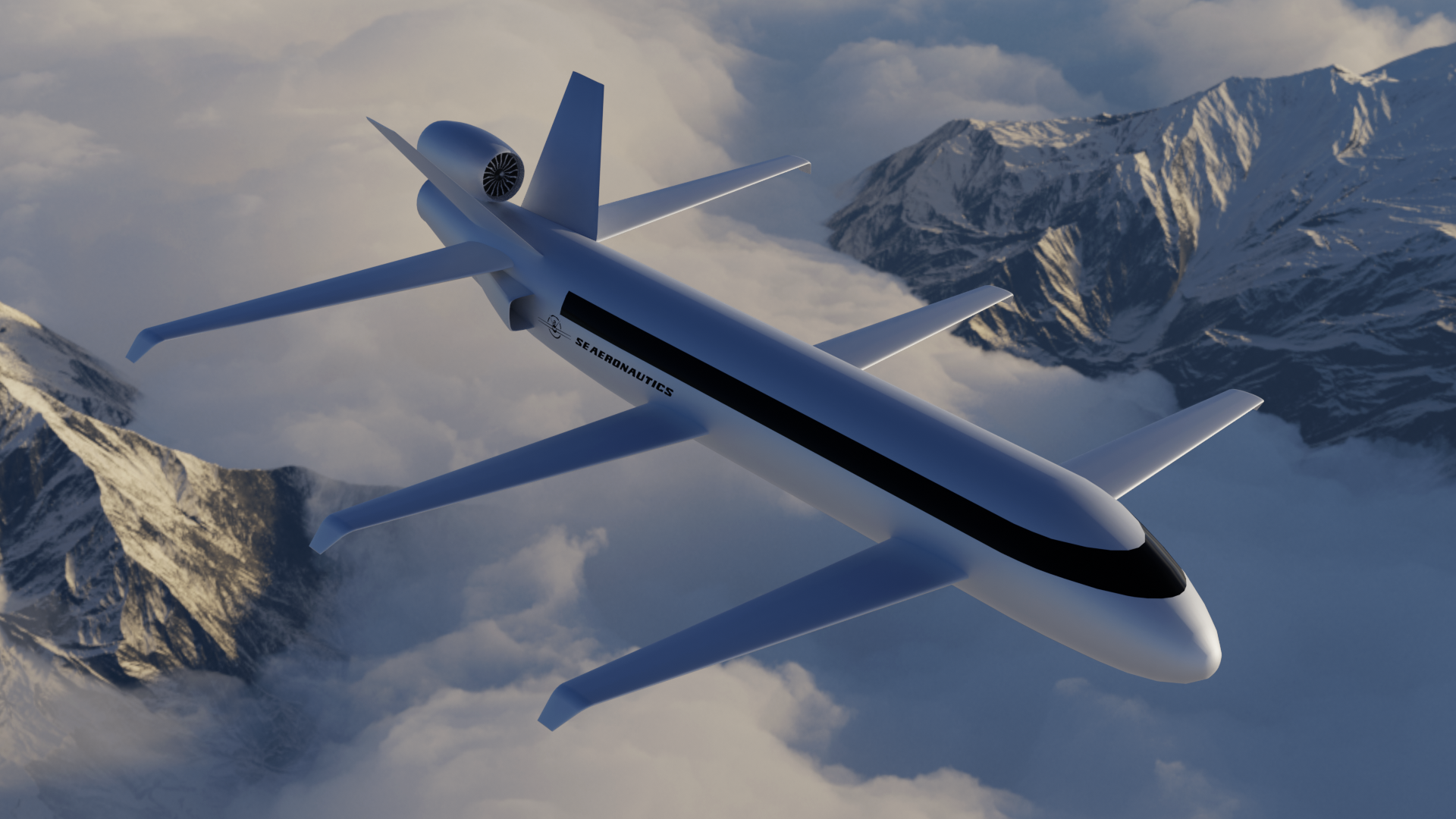 It also says that electric or hydrogen engine systems would work with “absolute efficiently when using our designed airframe”.

How will SE Aeronautics achieve these engineering feats? The harder an aircraft has to work – such as during take-off and climb down, or in terms of the weight it is carrying – the more fuel it burns.

This has been addressed by its “high-lift” wings that contribute to greater fuel efficiency and shorter take-offs, assisted by a highly streamlined overall design with minimal drag. 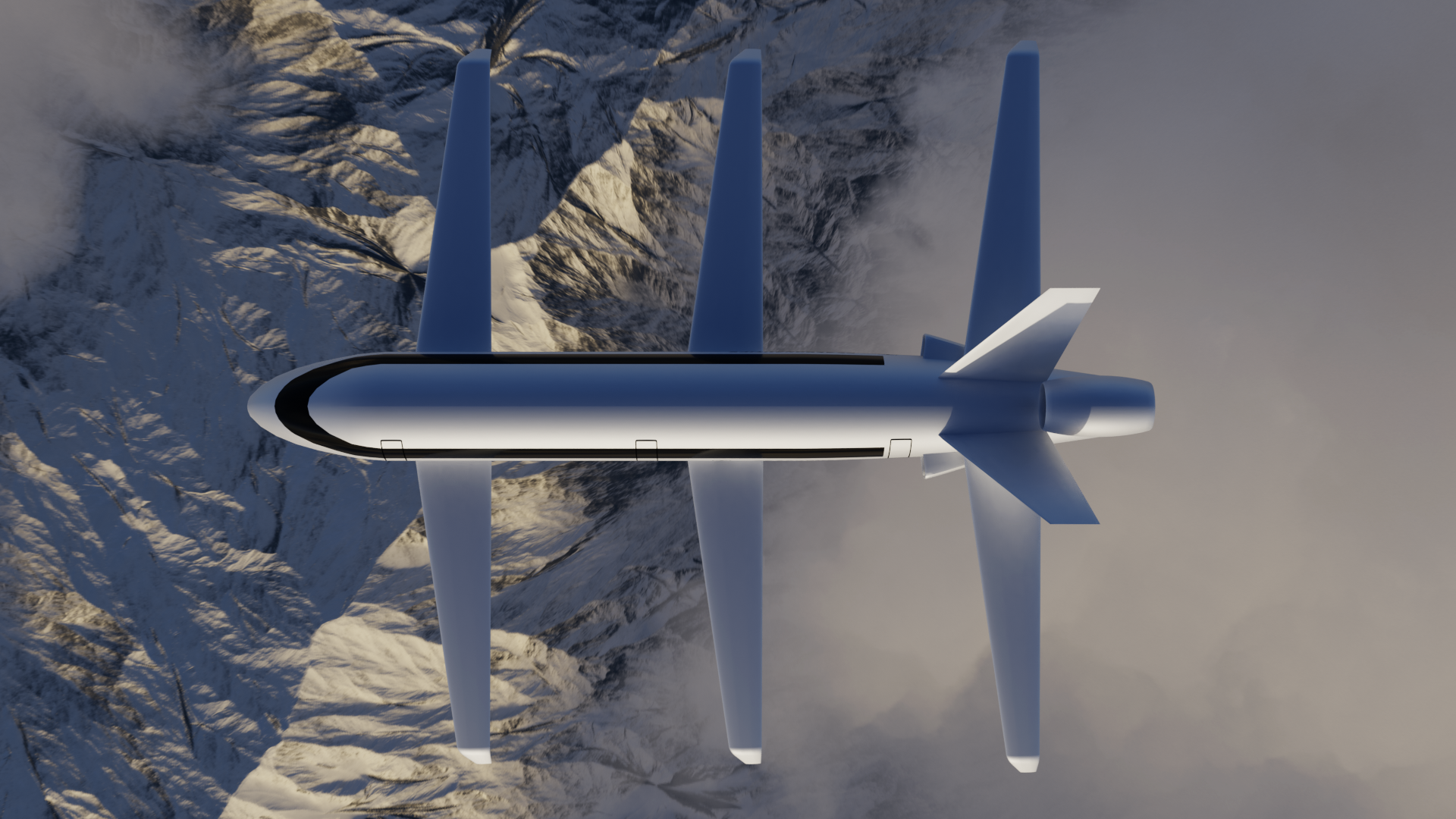 The SE200 would also be safer for passengers. Unlike other aircraft that feature engines in the middle of the plan, on the SE200 they would be mounted on the rear, meaning less chance of birds going into them and causing a failure. The single-piece fuselage would also be less likely to break in two.

Meanwhile, fuel would be stored in a “bladder” atop the fuselage, instead of in the wings, allowing it to float for longer periods in the air in the event of an emergency water landing.

In terms of passenger health in the age of Covid, it has also created a patent-pending “once-through air feed ventilation” meaning air is not recycled. 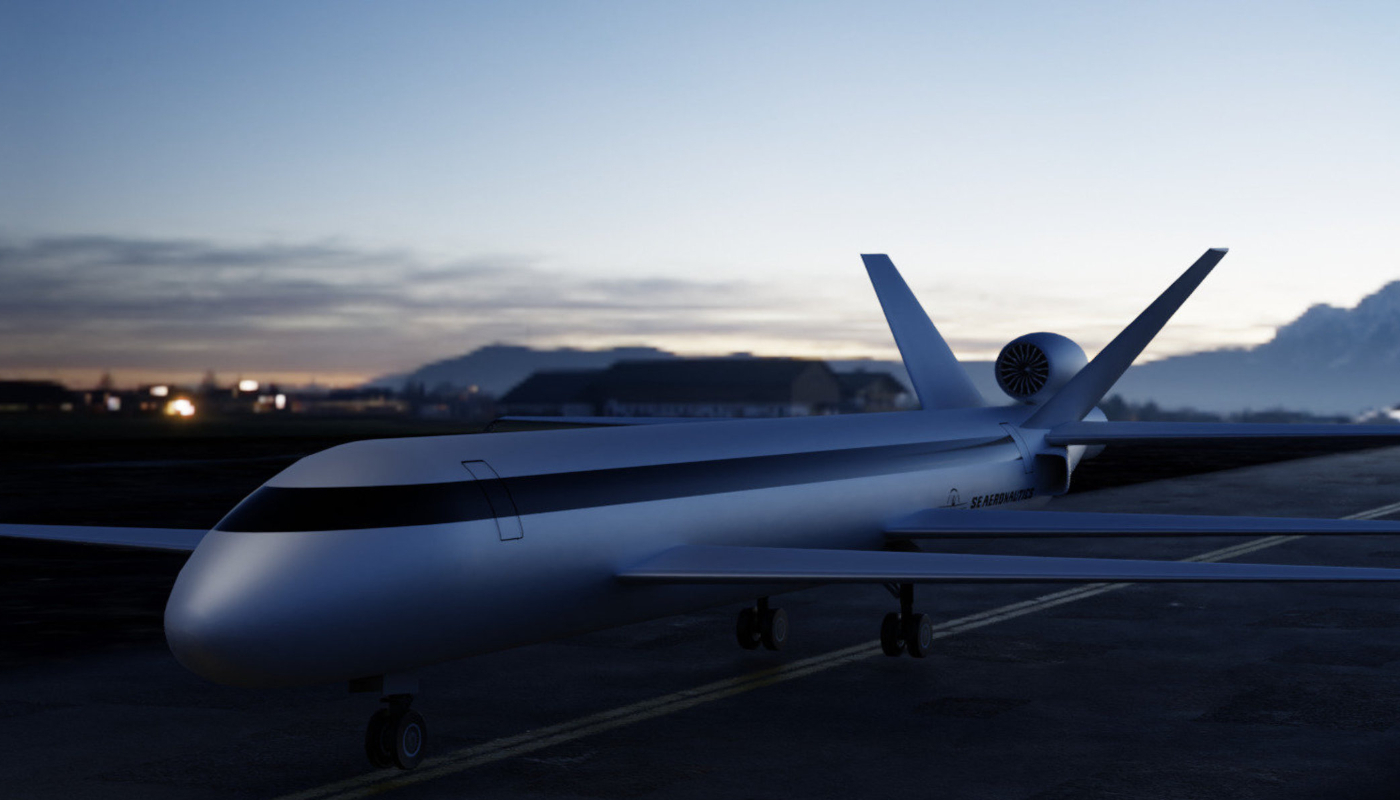 Although airlines would have the opportunity to install their own preference of seating, SE Aeronautics suggests a 2-4-2 economy class arrangement with a generous 32 inches of legroom.

Tyler Mathews, CEO of SE Aeronautics, was quoted on Design Boom as saying: “This aircraft will be the most practical, profitable and permanent solution to the grossly underperforming airliner technology of today.

“Our manufacturing efficiency will allow us to produce our aircraft in significantly less time than the current traditional method. but the jewel in the crown is really our ability to get that fuel consumption rate down by 70 per cent. we are going to revolutionise the industry.”