Will planes of the future be battery powered?

Electric cars have already evolved from a distant dream to inevitable reality. But what about planes? Can the same battery technology be used to power aircraft? Ben Brown investigates

If you ask Easyjet, the answer is yes. The carrier hopes to fly electric planes from London to Paris and Amsterdam within a decade. It also envisions a battery-powered route between Edinburgh and Bristol.

Easyjet’s Chief Executive, Carolyn McCall, said “For the first time in my career I can envisage a future without jet fuel and we are excited to be part of it. It is now more a matter of when, not if, a short-haul electric plane will fly.”

To make this ambitious goal a reality, Easyjet has partnered with Wright Electric, a US engineering company. Together, they will create an electric aircraft capable of a two-hour flight. Wright Electric has already built a two-person electric plane, and is working on the next stage of development.

Writing about its progress on its website, Wright explains: “We’re retrofitting a fuel plane to test out various components of our propulsion system (motors, propellers, transmission, etc.). The plane will be in the four- to six-seat size, potentially up to nine seats.”

But the real challenge will be scaling up the design to carry 120 passengers.

Ultimately, Wright Electric aims to make every short flight emissions-free by 2020. It sees a future where New York-Boston, Seoul-Jeju and similar short-haul routes are entirely battery-powered. 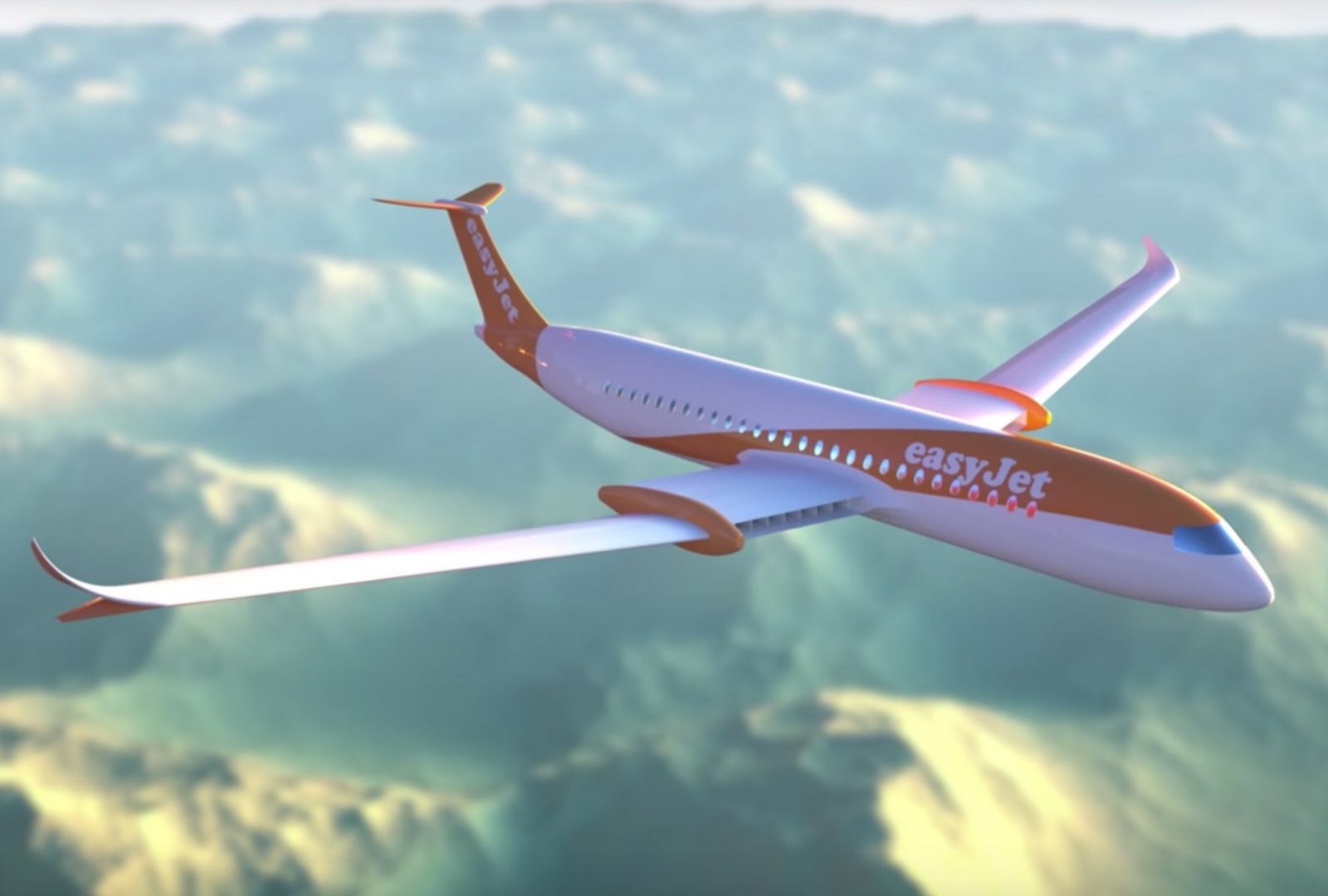 Reducing the carbon footprint of flying

For most people, flying is their single-biggest personal contribution to carbon emissions. The average European generates about ten tons of carbon dioxide every year. But if you get on a long-haul flight, you’ll generate three tons in just a few hours.

On a larger scale, burning jet fuel is responsible for roughly 5 per cent of global warming.

As for fuel consumption, a jet-engined Boeing 747 guzzles a gallon of fuel every second. To put that into perspective, the average car tank holds 12 gallons. So if you filled your car’s tank up and put it in a Boeing 747, it would fly for just 12 seconds. Now imagine the amount of fuel required for an 11-hour flight.

Easyjet has already made headway in reducing carbon emissions, reducing output by 31 per cent, per passenger kilometer, over the last ten years. However, electric engines could eliminate emissions entirely.

Early indications suggests that Easyjet’s electric engines could be 50 per cent quieter than a jet engine. Wright Electric also hopes to save carriers time and money. The electric engines should significantly lower costs by reducing fuel bills and speed up turnaround times (since battery packs can be quickly swapped – no more refueling).

The innovation doesn’t end there either. Wright is tentatively looking into autonomous systems. Although they’re not developing pilotless technology yet, they hope to start exploratory projects next year. Electric, autonomous planes may be a close reality.

The biggest challenge will be developing batteries with sufficient range. Wright Electric and Easyjet are using lithium ion batteries for their prototype – the same technology used by Tesla to power electric cars.

Tesla, Daimler and a handful of Chinese engineering teams are currently building “gigafactories” to manufacture lithium ion batteries. But no battery can yet provide the range or power required to fly a passenger plane. As Wright explains: “Each large electric plane may need several megawatt hours of batteries.” To put that in perspective, that would mean creating a battery at least 30 times more powerful than an existing Tesla car battery.

Easyjet hopes to launch its first electric route by 2027 with a view to making all short-haul flights battery-powered by 2037.