“Travelling is as much a state of mind as it is a physical action. This is why Airspace by Airbus aims to transport you with a cabin environment that is uplifting and inspiring from the moment you step aboard,” it says.

Airspace by Airbus, as the concept has been named, will feature on its new twin-aisle A330neo planes, which will be delivered next year to carriers such as Delta Air Lines, AirAsia X and Garuda Indonesia.

Passengers in coach class will be seated in slim, pale seats facing cutting-edge in-flight entertainment screens playing hundreds of HD and even 3D films. They will also be able to connect personal devices to stream their own pre-loaded TV shows and movies from iPads and smartphones.

Airbus says internet connectivity will also be available: “You can use your own mobile or smartphone, tablet or laptop to send and receive text messages and emails, access the internet or make and receive phone calls.

“The A350 XWB was the first aircraft in the world to be designed with such built-in broadband connectivity already in place and active from its first day of service. Airspace by Airbus will continue to make this innovation accessible to all.”

The aircraft will come in two variants – the A330-800neo and larger A330-900neo. The company says: “With a range of 7,500 nautical miles, the A330-800neo will typically seat 257 passengers in three classes, while offering capacity for up to 406 travellers in a high-density configuration.

“The longer-fuselage A330-900neo version is to accommodate 287 seats in a typical three-class layout or up to 440 for high-density configurations, and provide a range of 6,550 nautical miles.”

Economy seats will be 18 inches wide – the same as existing A330s with Delta, for example, but a little more generous than on Garuda’s existing fleet (at 17.8 inches). Kiran Rao, executive vice-president of marketing and strategy for Airbus says “this is one inch wider than our competitors”.

The space under each seat will be unobstructed so every passenger will be able to store bags here or extend their legs fully. (There will not be any bulky control boxes for the entertainment system stored here as on older planes.)

Business class, at the front of the plane, will of course be the height of luxury with fully flat beds installed by the airlines according to their own designs.

Meanwhile, the cabin itself will be quieter, thanks to top-notch Rolls-Royce engines.

Airbus says: “Finishes are high quality, ergonomic and hardwearing, extending the life of the interior.” It adds that the overall look will be “cleaner”. 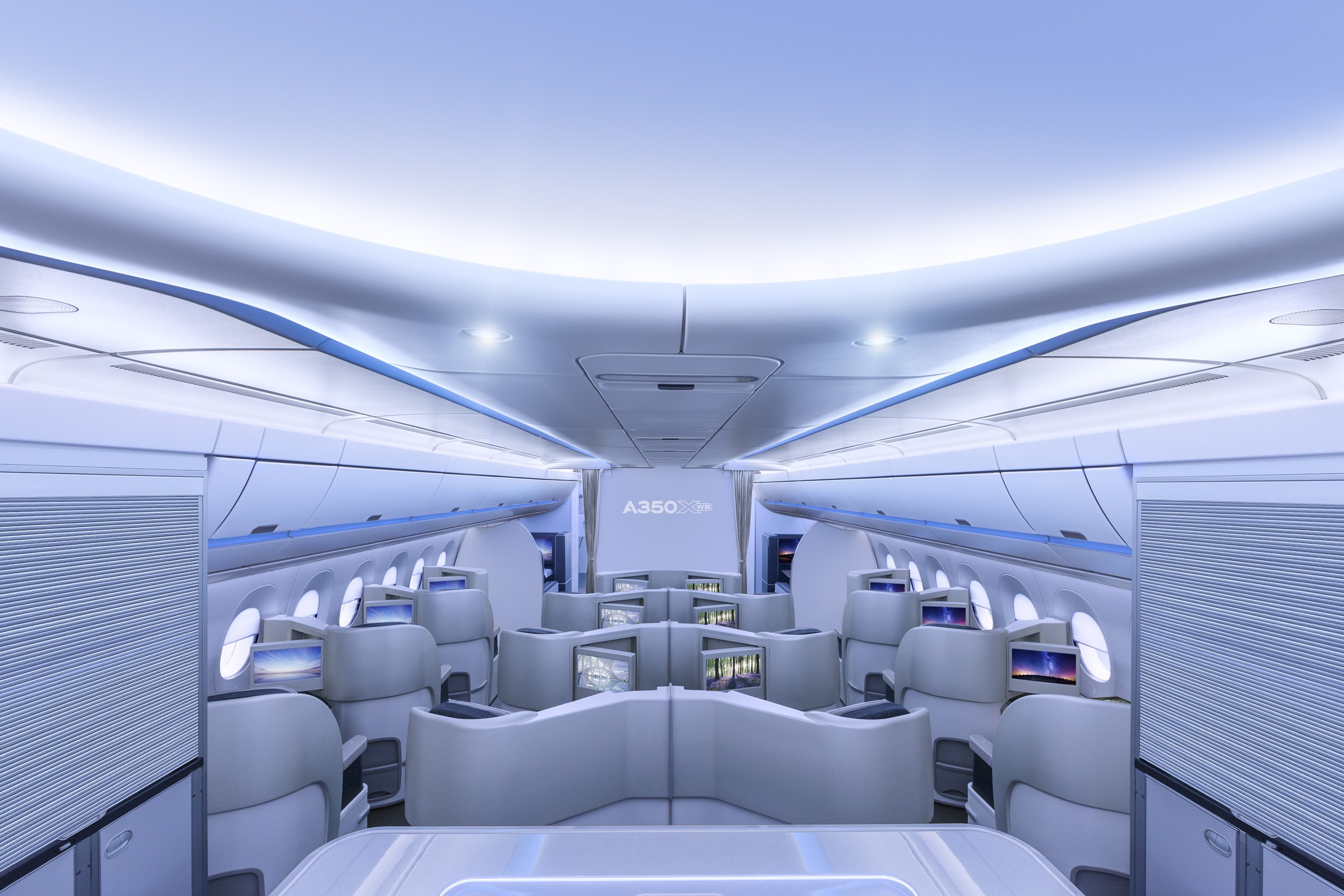 “From our customisable entrance way to latest technology LED lighting throughout the cabin and at your seat, everything about your surroundings suggests your journey is going to be a pleasant one. The lighting is computer-controlled to reflect the mood of the time of day or stage of the flight,” says the manufacturer.

The design will be extended to new A350 and A380 superjumbos in coming years. Airbus says: “Expanses of grey plastic everywhere you look are now so last century.”

To read about the ultimate first class seat of the future, click here.