In the future, the world’s wealthiest travellers may be able to book seats in the SkyDeck, a transparent capsule on the roof of a jet, affording uninterrupted views of the clouds in every direction.

Designed by aeropace engineering company Windspeed Technologies, the sci-fi bubble – known as the SkyDeck – will sit just behind the wings, and will be made from the same high-strength polycarbonate used for the canopies of fighter jets.

Once on board, passengers will either access the seats by walking up a flight of stairs from the main cabin, or rise up from inside the plane via a lift in a column-shaped chute. 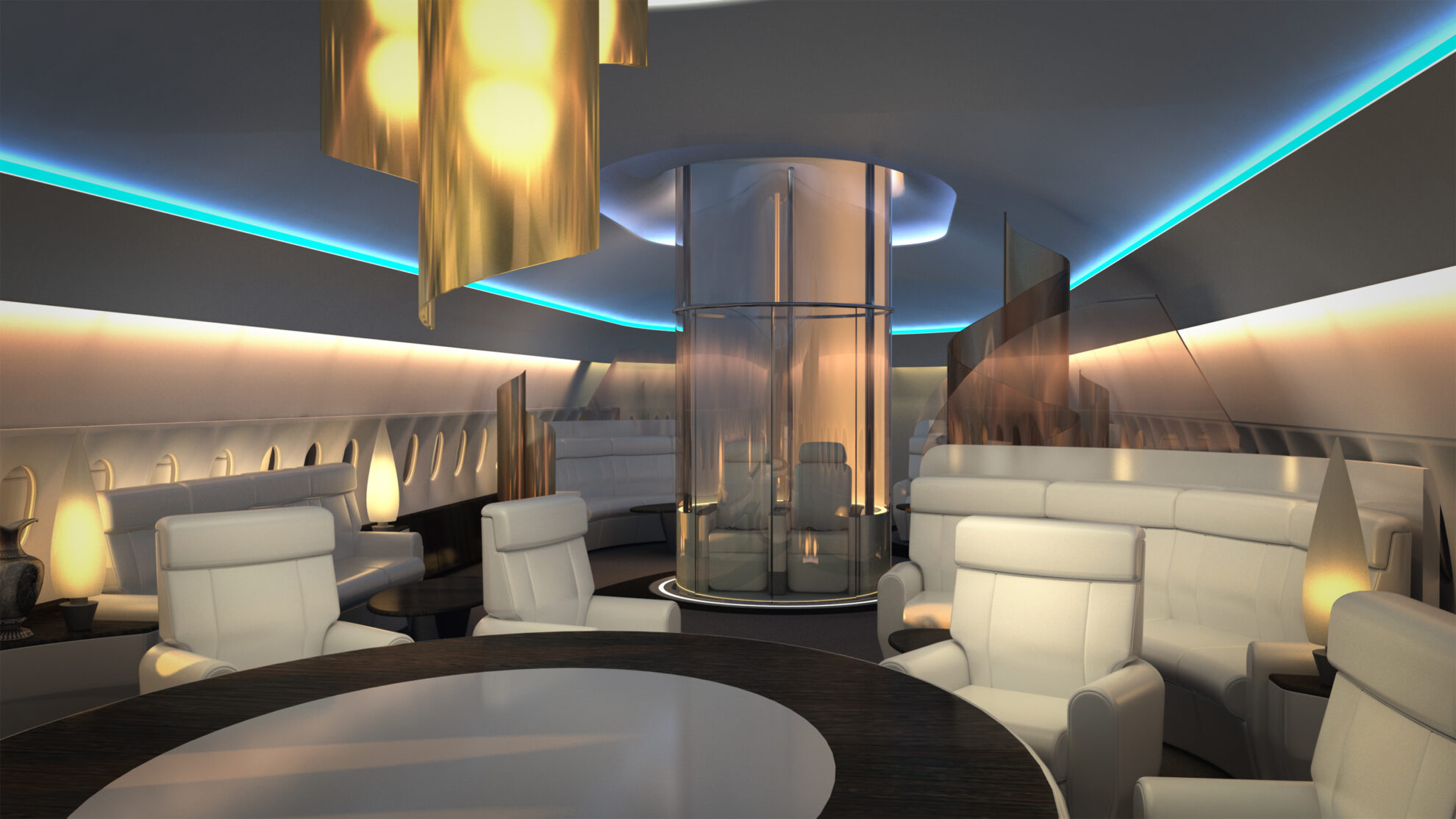 The seats will also be mounted in such a way as to be able to rotate (like a high-tech office spinner chair) to offer 360-degree panoramas. In-flight entertainment screens will also be installed in the unlikely event passengers get bored.

Windspeed Technologies says: “The uniqueness of the design is that it allows passengers to safely position themselves at a safe semi-external location of the aircraft while enjoying a thrilling view.

“In addition, GPS systems will be integrated in the design of the platform and seats to provide the viewer with real-time position and flight information.” 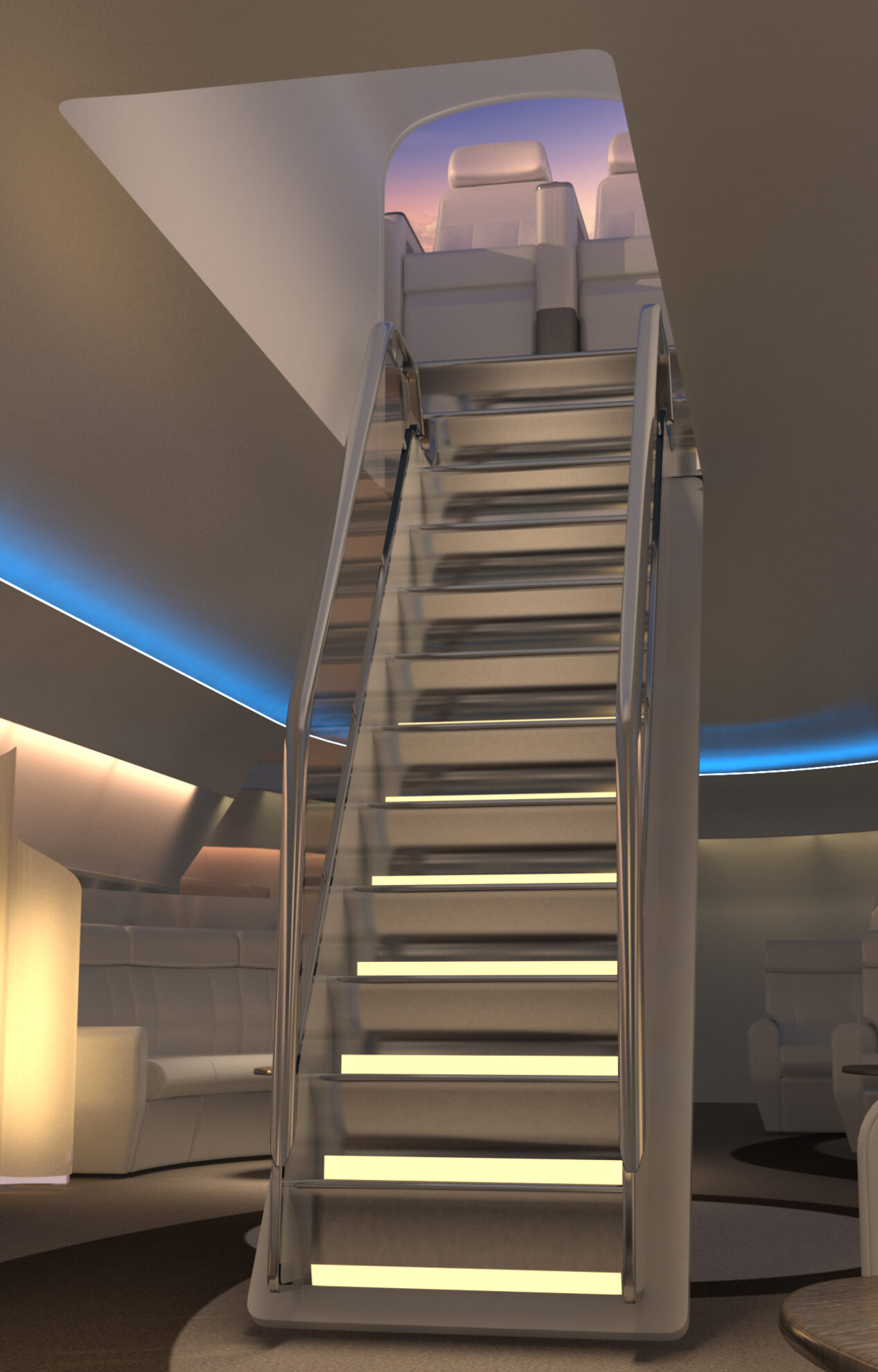 Once the company has received firm orders from airlines, it will start installing the SkyDeck on planes. It won’t be cheap, though – Windspeed says each one would cost between US$8 million and US$25 million.

Given Etihad airways is selling its two-person, hotel room-style suite on its A380 for £12,500 one-way (click here to read more), on the right route, the SkyDeck could be compelling from a business point of view.

If it cost US$10 million to install, and sold for, say, US$20,000 a pair, it would only require 250 return journeys to cover the cost. (Selling a daily flight, it could recoup the outlay within a year.) 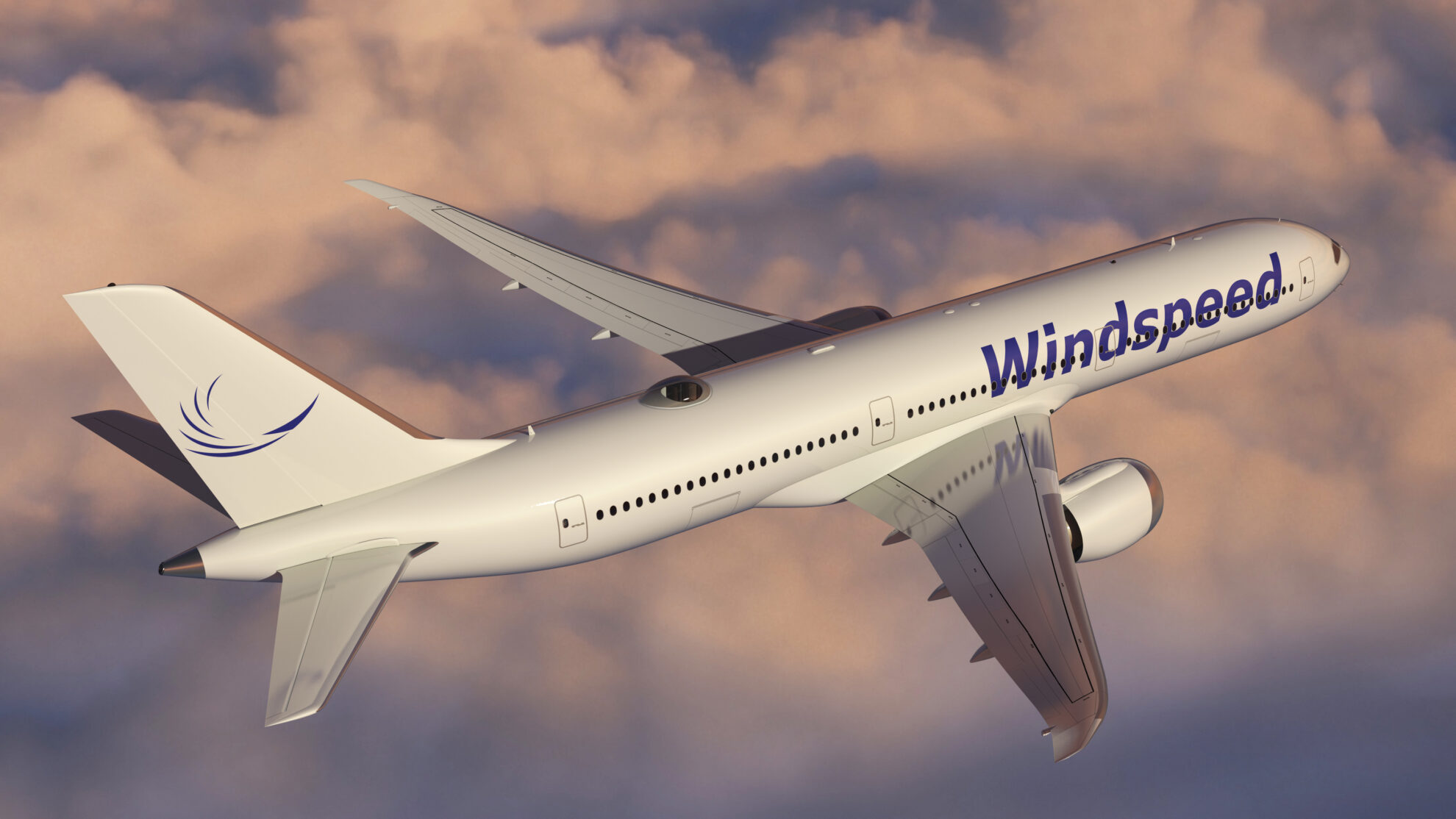 Windspeed says: “Many design hurdles had to be overcome including the structural integrity of the canopy to withstand a bird strike, condensation, noise levels, UV protection and aerodynamic drag. [However] we have succeeded in resolving all of these concerns.”

It adds: “Considering the fact that Windspeed has been highly involved in major aircraft development programs such as the B787-8, 787-9, 787-10 and the new 777X, the engineering needed for the SkyDeck is pretty straight forward.”

Windspeed says that it would take 18 months to roll out from receipt of an order, but aircraft would only be grounded for three to four months for installation and testing.