British Airways has unveiled a new uniform for the first time in nearly 20 years, with female crew given the option of wearing jumpsuits and hijabs. Jenny Southan reports

British Airways has unveiled new uniforms that have been designed by British-Ghanaian Savile Row fashion designer and tailor Ozwald Boateng, and will be worn by more than 30,000 of the airline’s staff from spring 2023.

The collection features a tailored three-piece suit for men with regular and slim-fit style trousers, and dress, skirt and trouser options for women. Women will also be able to opt for a modern jumpsuit – which is an airline first. A tunic and hijab has also been created. 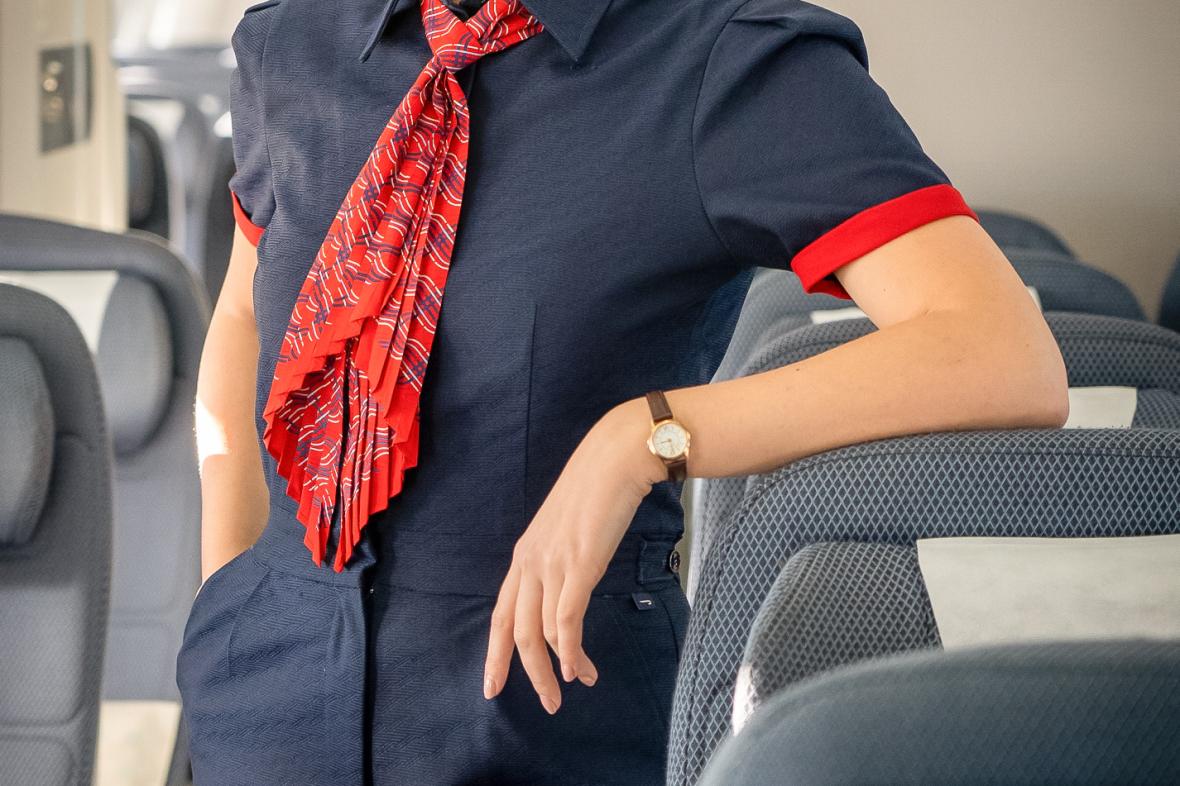 As part of his research process, which began in 2018, Boateng spent time shadowing BA staff to observe how they worked. More than 1,500 British Airways staff and cabin crew provided their input and helped test the clothing, with “secret trials” held in the air and on the ground.

Cabin and flight crew uniforms have been put through their paces on cargo flights across Europe while engineers have been secretly wearing the new uniforms while maintaining aircraft out of sight in Manchester and Cotswold Airports.

Many of the outdoor garments have also been tested in deluge showers and freezers at -18 degrees Celsius to ensure they’re water resistant, durable and fit for extreme weather conditions, like some of those seen recently.

During the trials colleagues gave feedback on the practicability of the garments, resulting in amendments ahead of the rollout. For example, engineers requested easy access tool pockets for when they’re working on aircraft, while ground handlers asked for touch-screen technology fabric in their gloves so they can use their devices in cold climates without having to take them off.

Emma Carey, British Airways’ cabin crew, who was one of the colleagues who carried out secret trials of the uniform, notes: “The pockets on the apron, for example, were widened after the trial so we had more room for everything we need during meal services on board.” 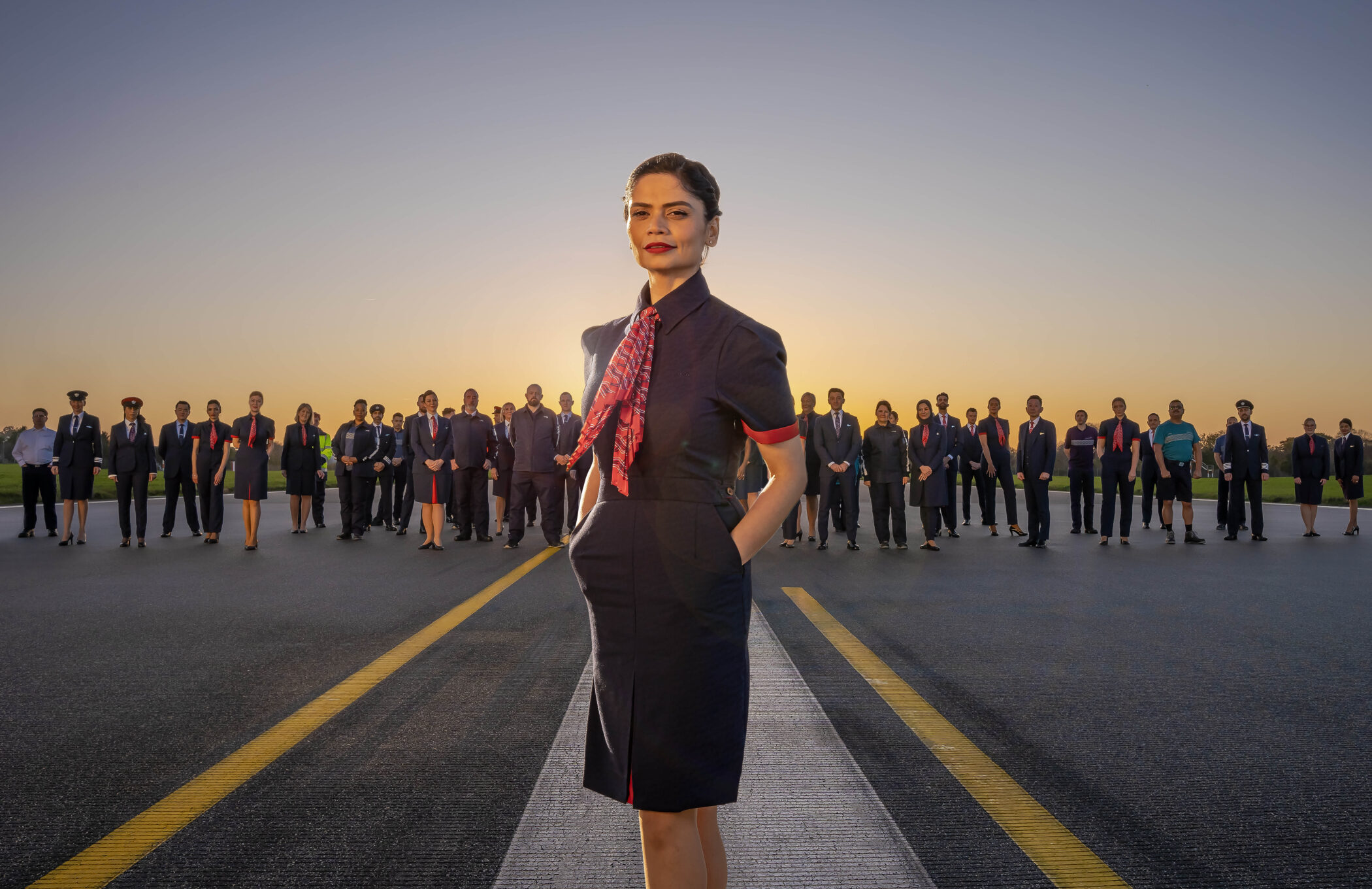 Last year, Virgin Atlantic updated its gender identity policy to allow male cabin crew and pilots to wear skirts and heels, and females to wear suits – if they so choose. BA won’t allow men and women to mix and match their uniforms but male cabin crew can “wear a touch of mascara,” false eyelashes and nail varnish. Trans staff can choose a uniform that most suits their gender identity.

Apparently, Boateng has developed bespoke fabrics and designs for the collection, taking inspiration from the airline’s people and the experience of flight.

An “airwave” pattern that features across the entire uniform collection including jackets, T-shirts, buttons and ties was inspired by the movement of air over an aircraft wing. The jacquard fabric across all of the tailored garments features a variation of the airline’s iconic “speedmarque”. 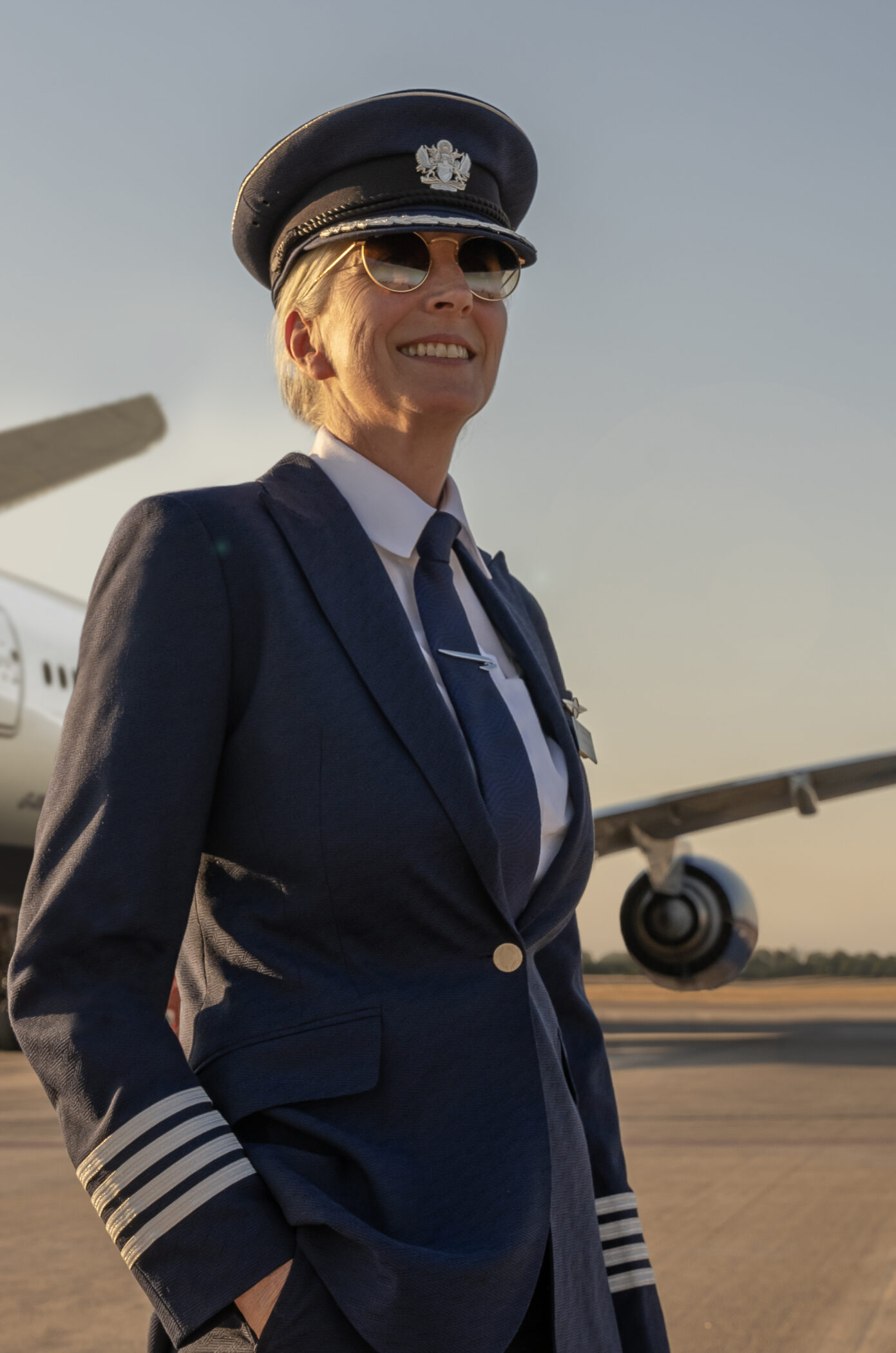 Boateng says: “Designing this uniform was a vast and painstaking undertaking and it went far beyond clothes. It was about creating an energetic shift internally. One of my main objectives was to create something that spoke to, and for, the airline’s colleagues.

“Something that inspired and empowered them, encouraged them to conduct their roles with pride and most importantly to ensure that they felt seen and heard. Although the airline has a strong heritage, it was imperative to support in creating a fresh narrative of change and transcendence, while remaining timeliness.” 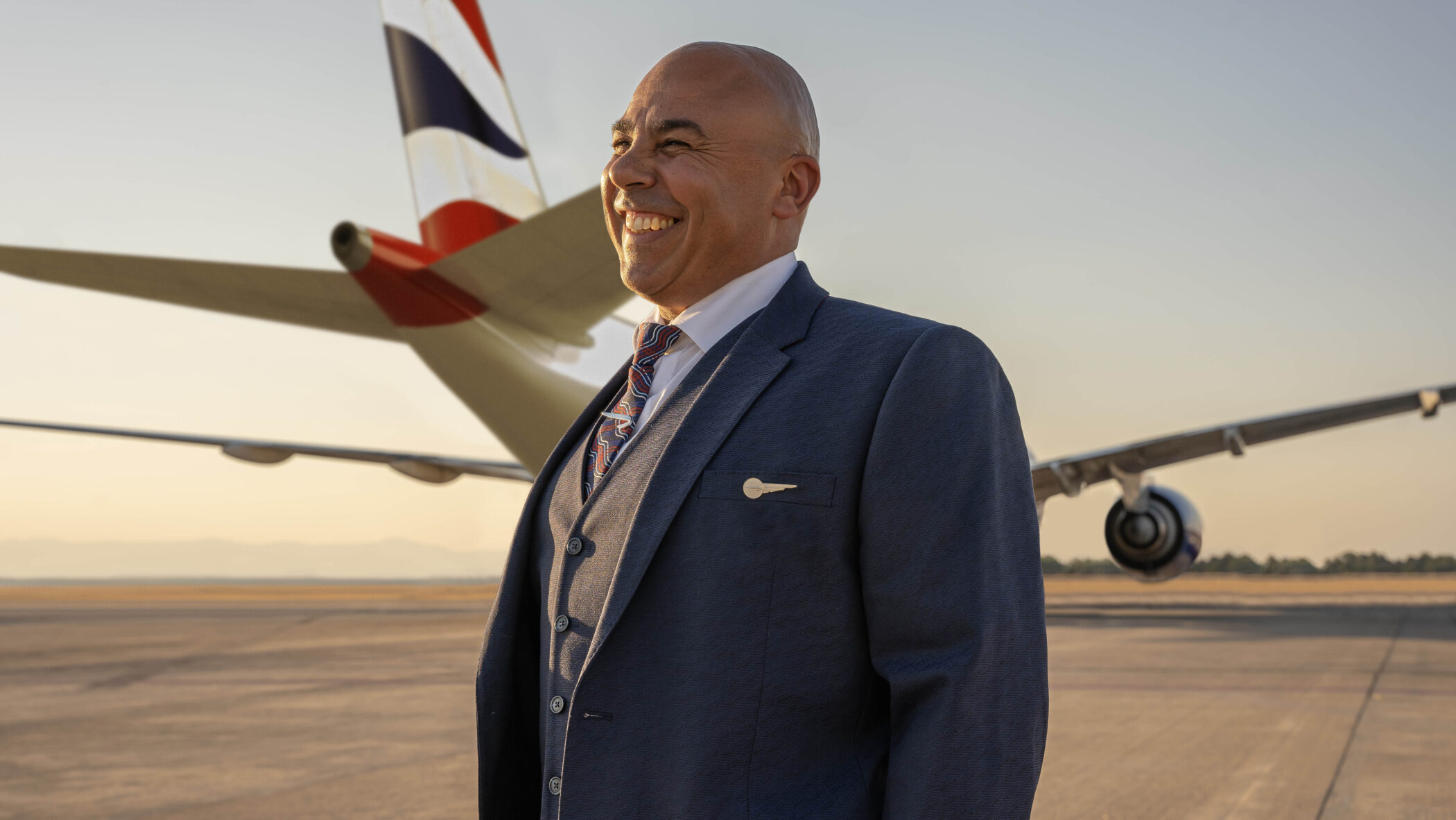 Sean Doyle, British Airways’ Chairman and CEO, says: “Our uniform is an iconic representation of our brand, something that will carry us into our future, representing the very best of modern Britain and helping us deliver a great British original service for our customers. From the very start this has been about our people. We wanted to create a uniform collection that our people are proud to wear.”

Sustainability and quality have been front and centre throughout the uniform design process. More than 90 per cent of the garments have been produced using sustainable fabric from blends of recycled polyester.

As part of British Airways’ BA Better World commitment to work with sustainable suppliers, the airline is only working with manufacturers that are members of the ‘Better Cotton’ initiative, the world’s leading sustainability initiative for cotton, whose mission is to help cotton communities survive and thrive, while protecting and restoring the environment.

The airline’s engineers and ground operations agents will be first to wear the new uniform from spring 2023. All British Airways’ cabin crew, pilots and check-in agents will have a switch over date from their current uniform to the new one in summer 2023.

As they pick up their new items of uniform, they’ll hand in their Julien MacDonald garments, which will be donated to charity or recycled to create toys, tablet holders and more, with a number of items gifted to the airline’s museum.