It’s been called an eyesore, nonsensical, phallic. Like many projects in the name of progress, Brighton’s i360 observation tower, now named BAi360, divides opinion.

On the morning of November 26, following a hard-hat tour of the tower’s observation pod, we were greeted by smiling British Airways cabin crew wearing Union Jack-branded wellies.

They handed us mock-up tickets that confirmed everything – BA has put its stamp of approval on the attraction by sponsoring it. 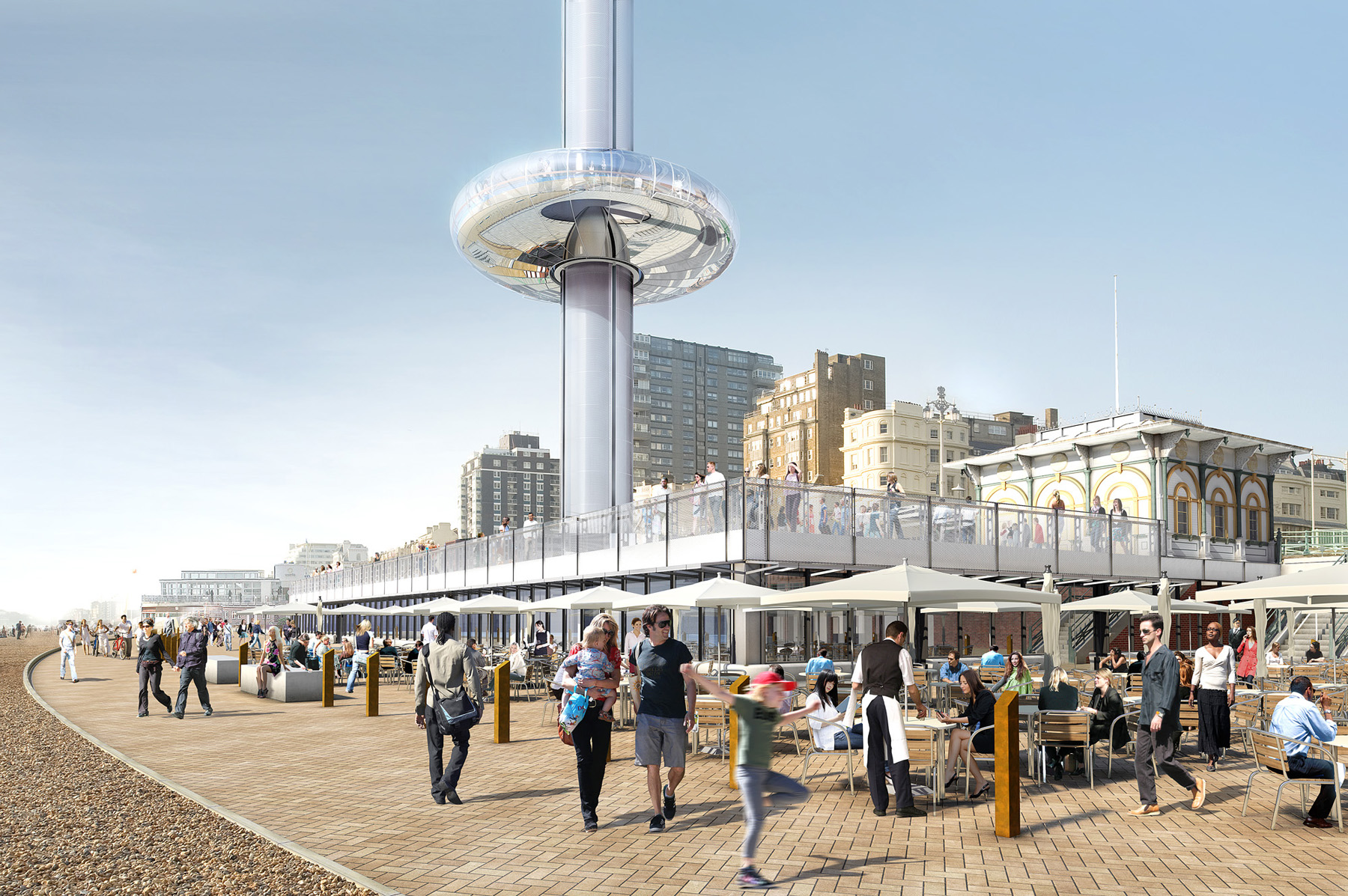 So what will BA bring to the table?

Aside from contributing with private investment, the airline will use its international reach of 67 destinations across the globe to promote “even more tourism to the area”

As a loud-and proud Brighton resident, I’ve been eyeing the BAi360 suspiciously. The city’s anti-establishment character is fiercely protected by its citizens – recently, a petition to open Burger King in the city’s South Lanes gained 10,000 signatures in 24 hours.

Anything that compromises Brighton’s individuality for financial gain is seriously frowned upon. And, at the moment, the attraction doesn’t exactly fit in.

The 162-metre-high pole protrudes rudely from the seafront, the Brutalist tower blocks and hotels to one side seem to back away from it like “whhhaaaat?”, while the skeleton of the poor old West Pier looks up dejectedly from the other side. Many locals feel that the investment would have been better spent on restoring the pier to its former glory; it would certainly have felt more authentic.

But would it have pulled in as many punters as the world’s tallest moving observation tower – backed up by a world-leading airline?

You may disagree, but there’s something about having the UK’s national carrier put its name to i360 that validates its £42.6 million price tag for me. BA is, at least, a British brand, with a vested interest in promoting areas of the UK, and that employs 2,500 people in Sussex. Somehow, this local factor makes the structure appear (slightly) less invasive, in my eyes.

Being sponsored by a brand from the same industry also makes sense. Imagine if we’d ended up with an HP Saucei360? Or a McDonalds i360? Not only would it sound ridiculous,  but it could have further alienated the thing. The link with BA now ties the i360 in to the industry, and it somehow feels more fully-formed and accepted.

Travel is something people can get on board with. Residents are perhaps more willing to let a brand associated with travelling the world and exploring other cultures make its mark on our beloved Brighton, rather than a fast-food industry icon (a definite no-no down here).

Cities have to move forward. So much of what people love about Brighton is rooted in nostalgia, but this will only go so far towards securing its future. It needs to thrive, all year round, not just during the summer months when the pebbly beach is packed with basking bodies.

The city is changing, whether we embrace it or not. With the support of one of the UK’s most globally-recognised brands, the i360’s status as a world-class attraction is cemented, something that Brighton needs, even if it goes against our Bohemian ideals. The BAi360 is here to stay, so let’s hope it lives up to the hype.

View: 360-degree vista of the Channel, Brighton and the South Downs

What else? The visitor centre at its base will house a 400-seat brasserie with signature dishes from MasterChef: The Professionals winner Steven Edwards, a kids’ play area, tea rooms and event space.

Rose Dykins is a freelance travel journalist. She tweets at @rose_dykins