On the day the US reopened to tourism, British Airways operated a flight from London to New York partially powered by sustainable aviation fuel. Jenny Southan reports

Taking off this morning from London Heathrow to New York, flight BA001 – a number previously reserved for Concorde – was directly powered by a blend of 35 per cent sustainable aviation fuel (SAF) and 65 per cent kerosene, which is derived from crude oil (a fossil fuel).

It was believed to be the first commercial transatlantic flight to ever be operated with a percentage blend of sustainable aviation fuel as high as this. (Current regulations stipulate that the maximum sustainable aviation fuel blend passenger aircraft is 50 per cent.) However, at the moment it is just a a demonstrator flight to highlight the airline’s decarbonisation initiatives.

The sustainable aviation fuel being used (in this case made from cooking oil) apparently reduces “lifecycle CO2” emissions by more than 80 per cent compared to the traditional jet fuel it replaces.

Although both sustainable and fossil fuels produce emissions when they are burnt, the difference is that the former have a lower overall carbon footprint because it is derived from crops, which have removed CO2 from the atmosphere when they were growing.

What’s more, the airline’s newest and most fuel-efficient long-haul A350 aircraft are up to 40 per cet more fuel efficient than the B747-400 jumbo jets that used to operate between London and New York. 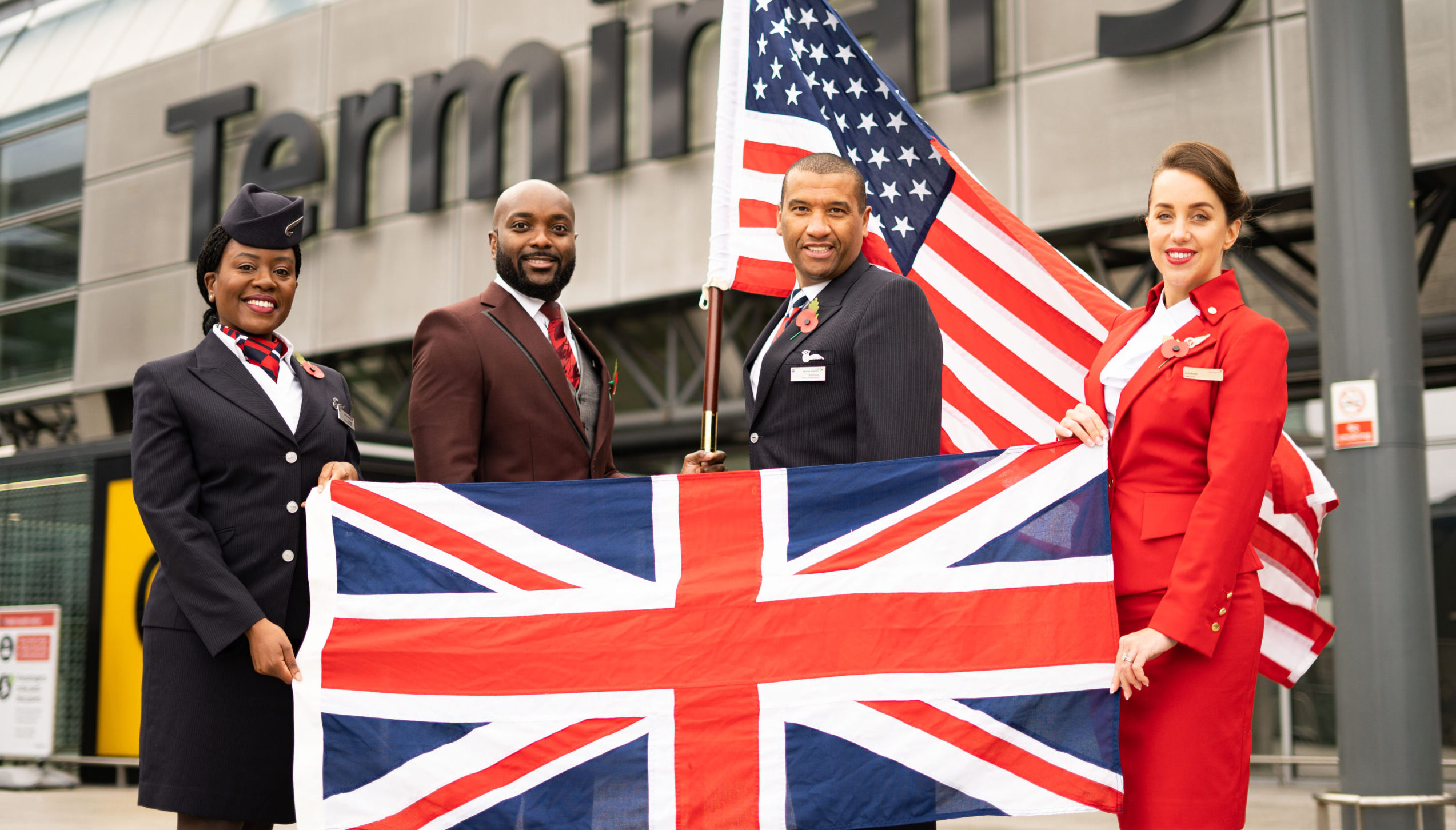 Combining this modern aircraft efficiency with today’s blend of SAF means the flight’s overall CO2 emissions are more than 50 per cent less than those emitted by the now retired B747 aircraft that previously operated on this route.

In addition, British Airways also offset all emissions associated with the flight, to demonstrate the various ways in which the airline is decarbonising its operations. These include protection of the rainforests, improved cookstove distribution and the replacement of fossil fuel with wind and solar power.

British Airways’ parent company International Airlines Group recently committed to operating 10% of its flights using SAF by 2030 but that doesn’t sound like very much to Globetrender, especially when the direct emissions from flights are the same.

British Airways’ chairman and CEO Sean Doyle, who is travelling on the BA001, said: “While flying is vital to connect the world and support the UK’s economic recovery from the pandemic, it’s important for us to use this moment to demonstrate how we’re driving our decarbonisation plans forward, and what the future will look like for aviation.

Four aviation decarbonisation projects supported by British Airways recently received Government funding as part of the Department of Transport’s Green Fuels, Green Skies (GFGS) competition. All of these projects have a clear potential to produce SAF capable of reducing emissions by more than 70 per cent on a lifecycle basis when used in place of conventional fossil jet fuel.

British Airways is partnering with technology company Velocys on the Altalto project to build a commercial waste-to-SAF plant in Immingham, Lincolnshire.

Project Speedbird is a collaboration between British Airways, LanzaJet and Nova Pangaea, using waste wood, with a goal of producing 100 million litres of sustainable fuel a year from 2025, sufficient to decarbonise 1,400 flights from London to New York operated by an A350 aircraft.

The airline is also working on two further decarbonization projects with LanzaTech and LanzaJet that, if successful, could each produce more than 100 million litres a year of SAF. The first would involve capturing carbon dioxide (CO2) from the atmosphere and converting it into SAF.

The second would support the development of a SAF plant in Port Talbot, South Wales that would produce SAF from waste and industrial gases, with the potential to support significant jobs in the area

In September the airline announced that its customers can purchase sustainable aviation fuel to reduce their carbon footprint via its not-for-profit organisation Pure Leapfrog. This is in addition to the existing option for customers to offset their emissions.