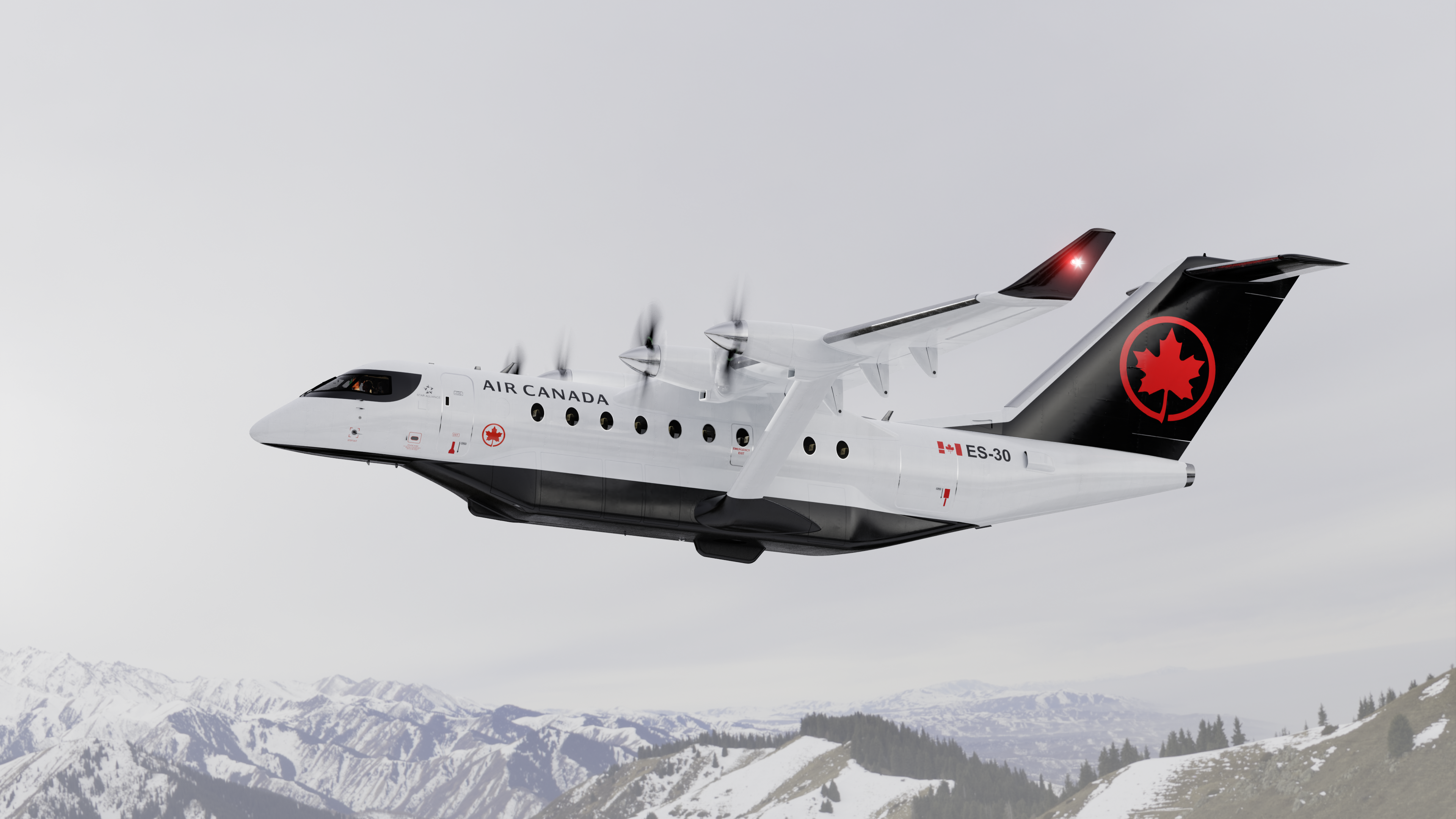 On a mission to create “the world’s greenest, most affordable, and most accessible form of transport,” Gothenburg-based Heart Aerospace joins the likes of Electric Aviation Group and the Zer0 concept plane in developing a next-generation solution to aircraft carbon emissions.

The ES-30 electric-hybrid plane is the manufacturer’s second aircraft prototype, after the 19-seater ES-19, which is due in 2026.

Not only will this new aircraft allow Air Canada to serve regional routes far more sustainably, but they will also offer better connectivity to local communities when they enter service in 2028.

Anders Forslund, founder and CEO of Heart Aerospace, says: “Air Canada is a strategically important partner for Heart Aerospace. The company has one of the world’s largest networks operated by regional turboprops, and it is also a progressive, future-leaning company, especially in the green transmission. With the ES-30 we can start cutting emissions from air travel well before the end of this decade.”

Seating up to 30 passengers, the electric-hybrid planes will be powered by lithium-ion batteries with a charge time of between 30 and 50 minutes, with reserve-hybrid generators powered by sustainable fuel.

It’s hoped that the planes will cover a fully-electric range of 200km with zero emissions when fully loaded with passengers, which can be extended to 400km when the generators kick in, stretching up to a maximum of 800km when loaded with 25 passengers.

Along with a reduced environmental footprint, the ES-30 is also projected to be quieter and more reliable than conventional aircraft.

Michael Rousseau, president and CEO of Air Canada, says: “The introduction into our fleet of the ES-30 electric regional aircraft from Heart Aerospace will be a step forward to our goal of net zero emissions by 2050.

“Already, Air Canada is supporting the development of new technologies, such as sustainable aviation fuels and carbon capture, to address climate change. We are now reinforcing our commitment by investing in revolutionary electric aircraft technology, both as a customer for the ES-30 and as an equity partner in Heart Aerospace.”