As ‘flight shame’ becomes a buzzword for the new decade, a zero-emission electric concept plane called Zer0 could be the guilt-alleviator jet setters are hoping for. Emily Eastman reports

With the world looking for ways to severely reduce carbon emissions, innovators such as Joe Doucet, who has come up with a design for the Zer0 concept plane, are working on solutions within aviation, which is responsible for 2-3 per cent of C02 emissions globally.

The New York-based designer was feeling guilty about his personal carbon footprint while on a flight for work when he had his “eureka” moment – the blueprint for a new type of flying machine.

Named Zer0, Doucet’s concept plane has been dubbed the “Tesla of the Skies” and runs off electricity rather than jet fuel, while favouring efficiency over speed. The concept envisages the use of batteries, but electric generators could also be installed on board. 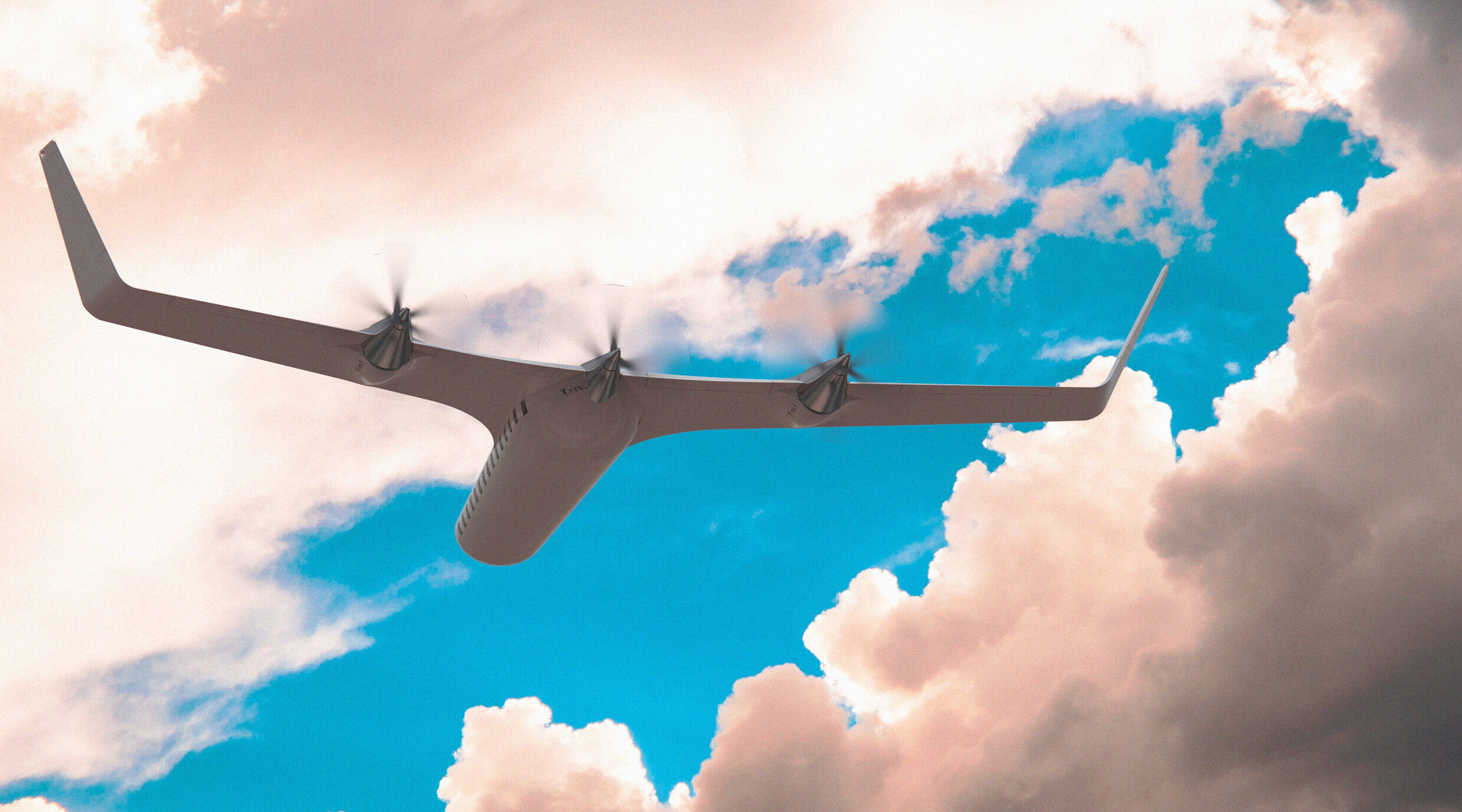 In designing for the future, Doucet took inspiration from the past – electric motors would power propellers at the rear of the aircraft, harking back to technology developed by the Wright Brothers at the start of the 20th century.

The propellers themselves would push rather than pull, a design based around Doucet’s research into optimal propellor placement that found a marginal benefit in fuel efficiency. Although, he does admit, aesthetics also came into play.

The entire concept is designed around efficiency. Set high and towards the back of the aircraft to support the bulk of the weight, the wings, which are larger than those of a typical jet, optimise lift with minimum propulsion. Their positioning also makes it possible for the aircraft to glide back to Earth without power. 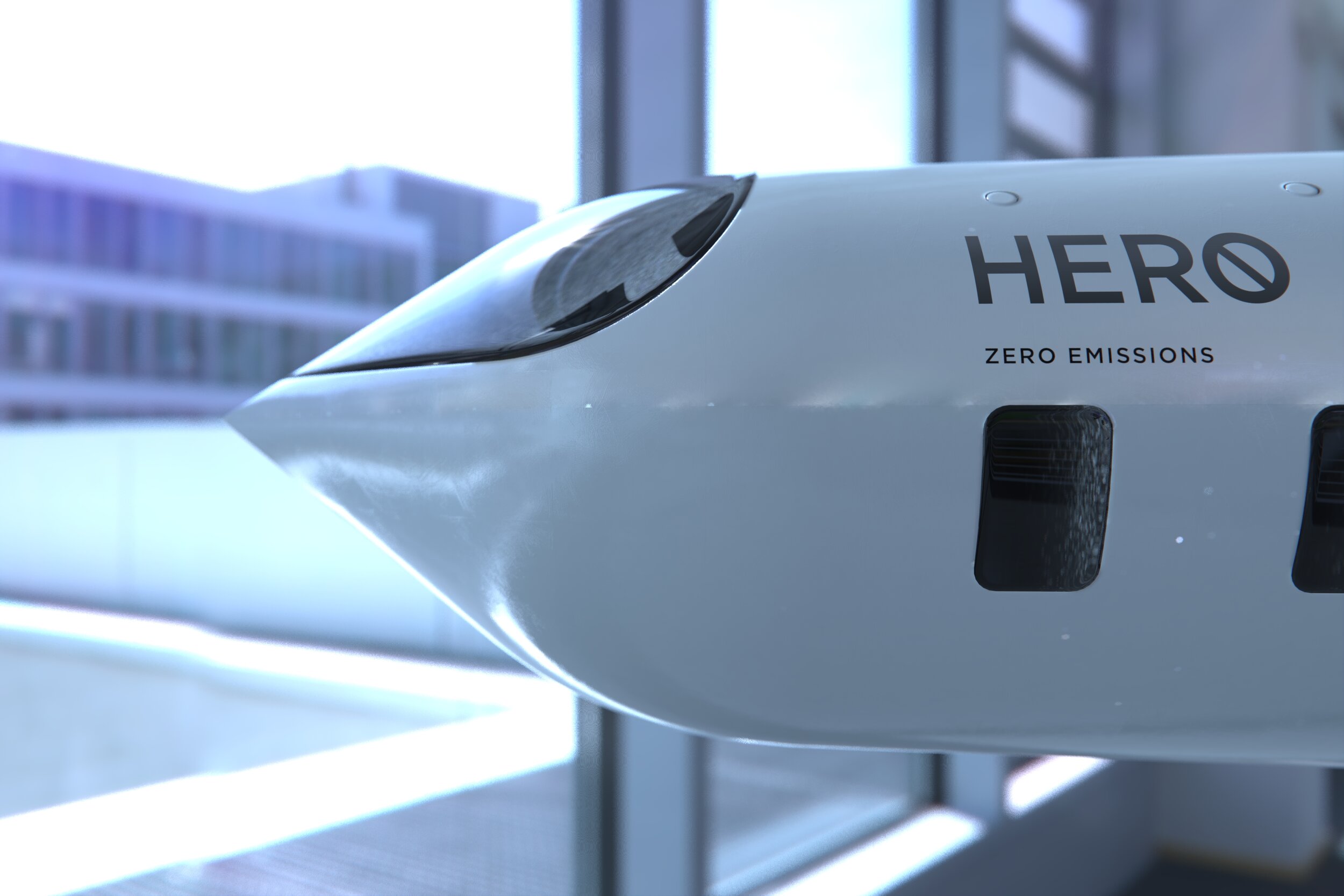 Doucet isn’t the first to dream up an electric plane – Rolls-Royce, MagniX and Airbus (E-Fan plane) are making real strides towards bringing them to market. But Zer0’s USP lies in its viability for transporting greater numbers of passengers.

The elimination of jet engines does come at the cost of speed, with Doucet’s aircraft travelling about 20 per cent slower than the average airliner. 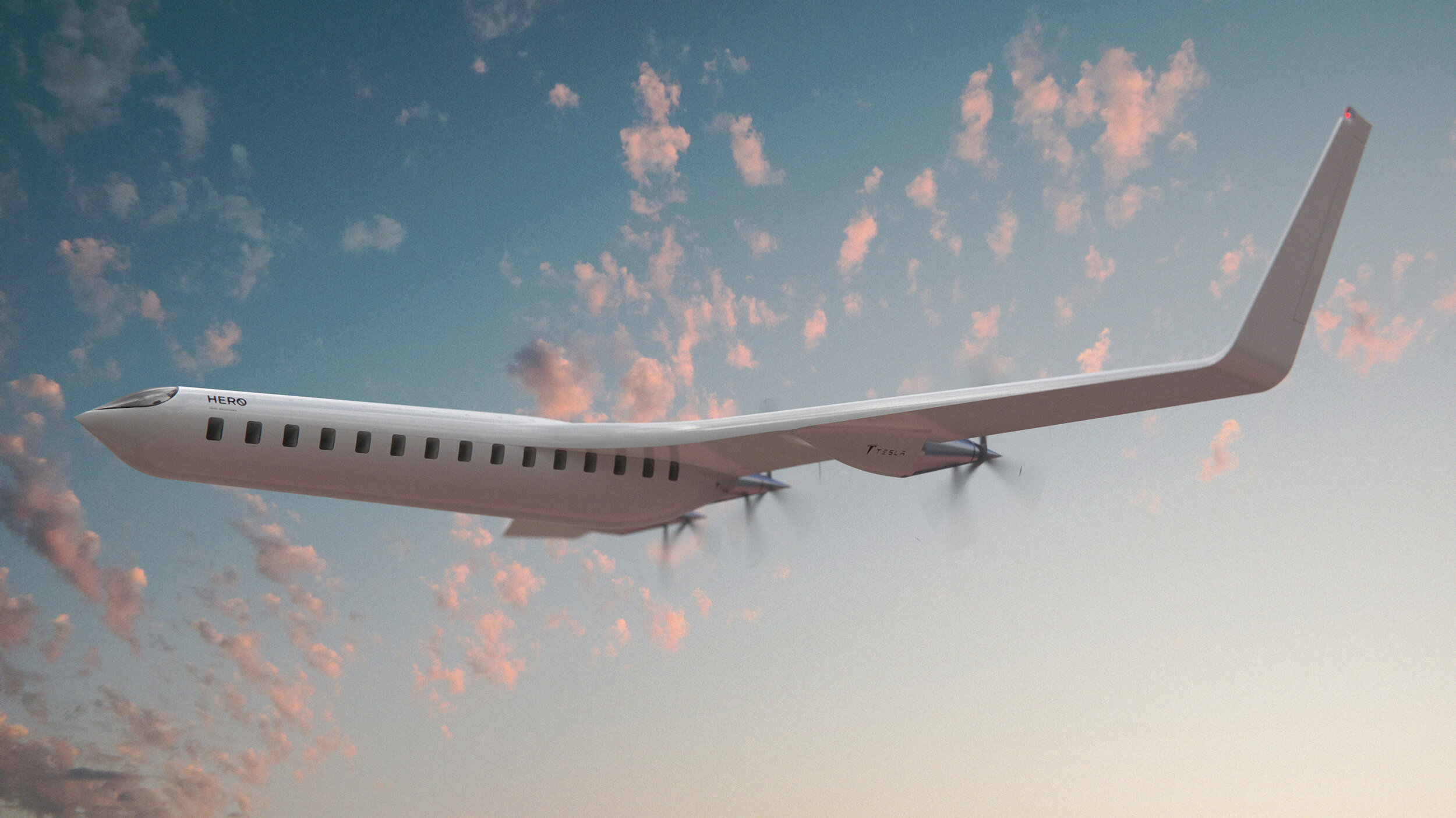 But with Zer0 targeting short-haul flights, it’s a trade-off is unlikely to affect demand. A plane powered by solar or wind turbine energy would take just 24 minutes longer to reach its destination than a conventional plane on a two-hour flight.

Speaking to Fast Company, Doucet said: “We’re not breaking the sound barrier, but efficiency is key. It seems to me there’s both achievable technology, and a desire on the part of travellers to travel better, even if travel takes a bit longer.” 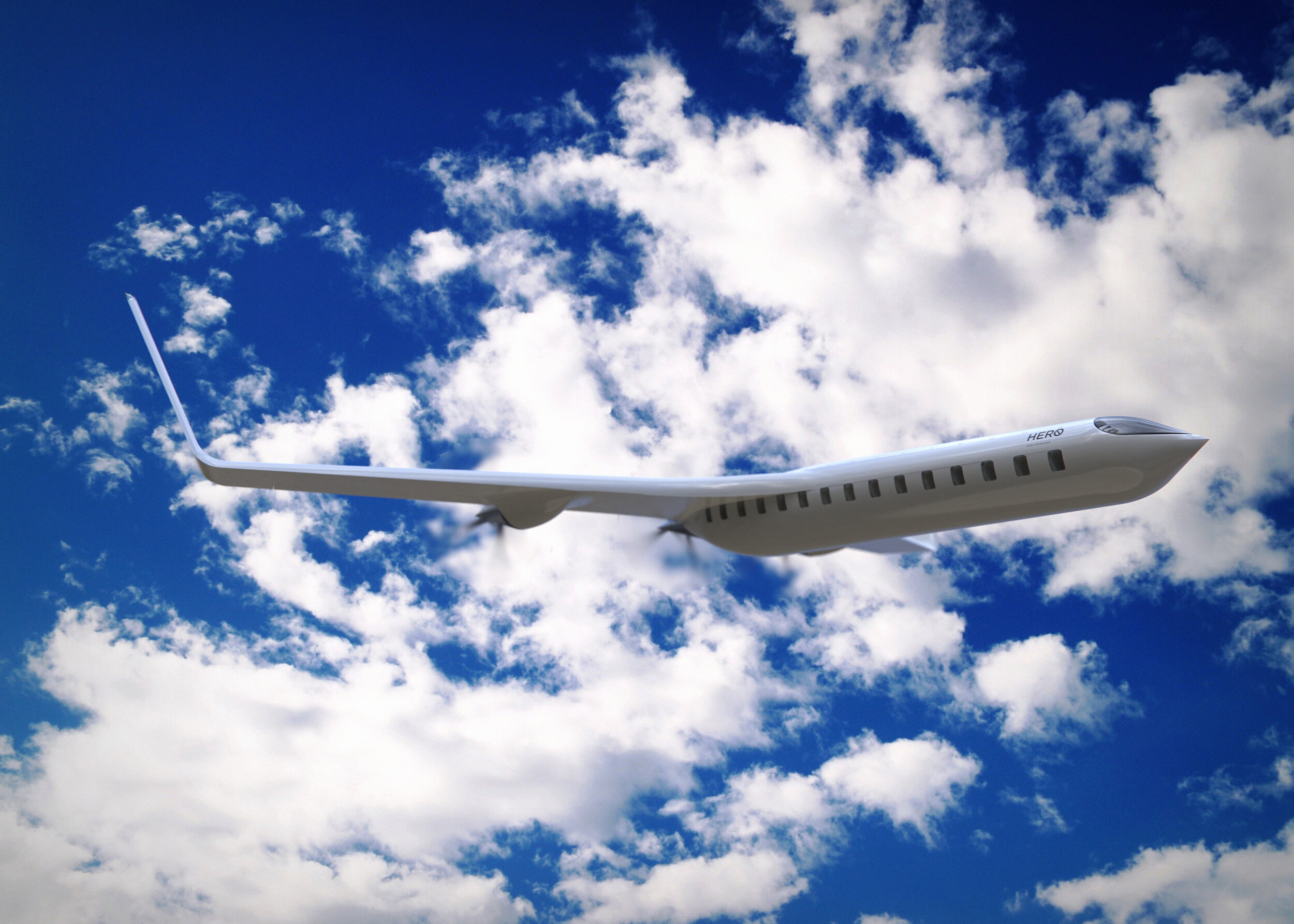 While Doucet doesn’t claim to have created a perfect solution, he does hope that the concept aircraft will capture imaginations – and encourage the industry and customers alike to think about alternative transport.

He added: “It’s a conceptual billboard that [is designed to] arrest people for a moment. At its lowest point of impact, it would make people question, ‘Why aren’t there electric commuter planes?’ At the highest impact, producers of short-haul flights, everyone from Airbus and Boeing to your Bombardiers and Gulfstreams, … [are realising that] beginning an R&D programme might be of medium- and long-term interest to their businesses.”