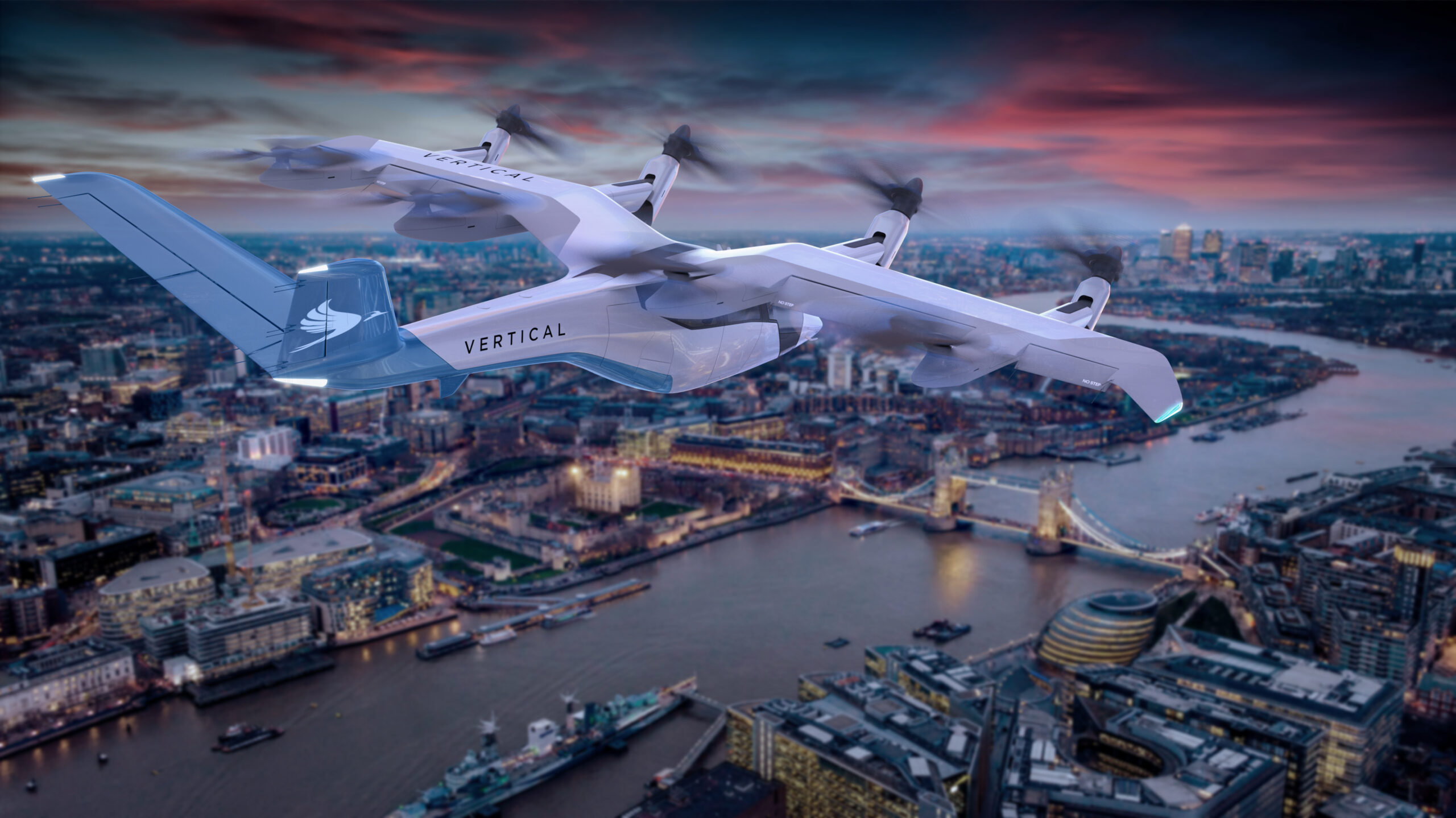 A new flying taxi – being developed by Vertical Aerospace – could whisk UK passengers from London to Brighton (75km) in 30 minutes, or from downtown Los Angeles to LAX airport (19.5km) in just nine minutes.

Due to start flying by 2024 – with a prototype coming next year – the VA-1X aircraft could be an eco-friendly option to private jets or helicopters. The plane also offers a green alternative to driving – by eliminating air pollution – while reducing journey times by as much as 80 per cent.

Incorporating Formula One and carbon fibre technology, the battery-powered VA-1X is a hybrid design of a helicopter and light aircraft. 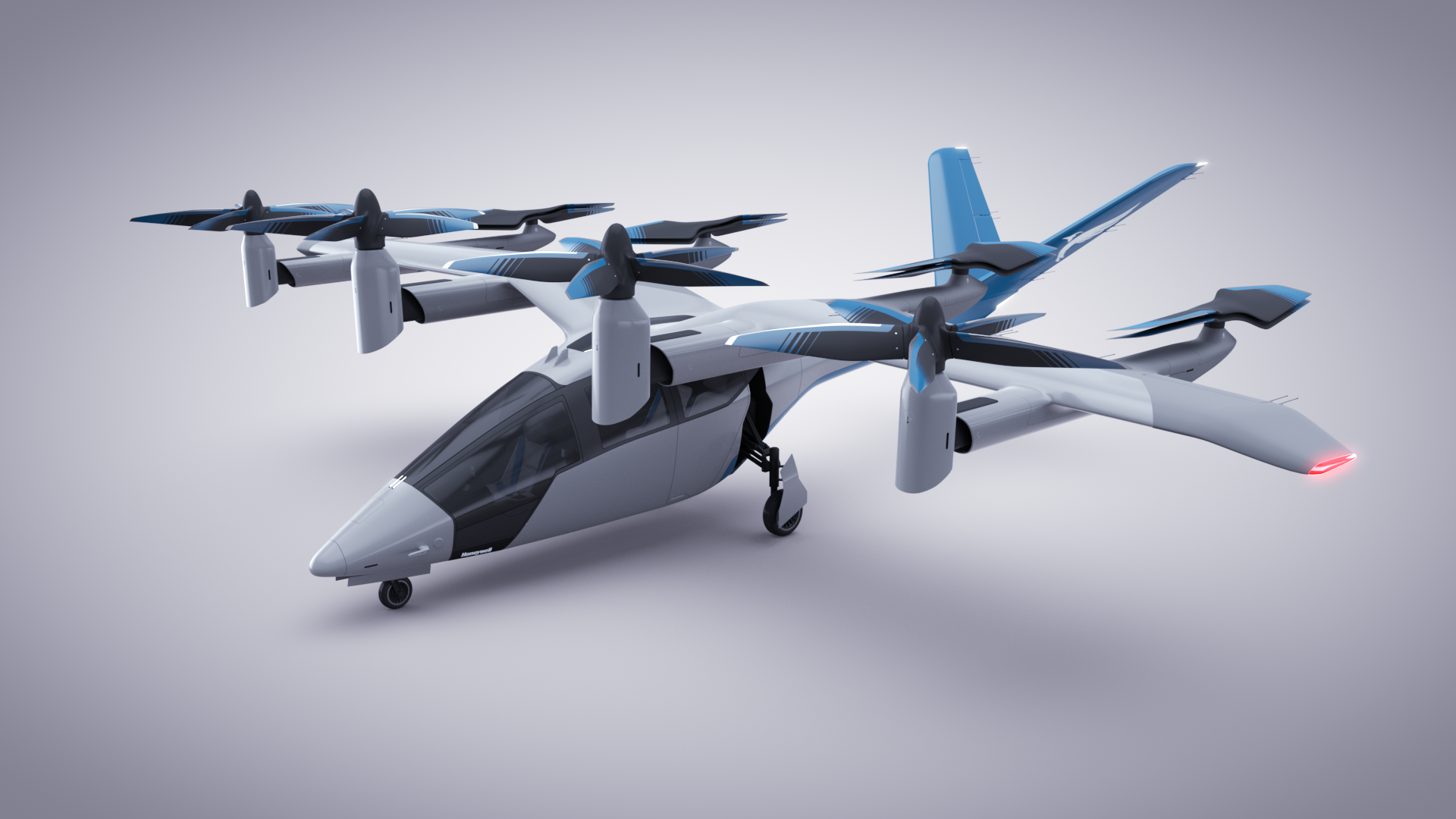 Its wings have four rotatable propellor blades, which either propel the plan forward, or flip into a horizontal position. The latter means the VA-1X can take off vertically, and hover – so it can touch down at city-centre helipads.

Bristol-based Vertical Aerospace designed VA-1X with the help of a team of former Formula One engineers. Using their racing expertise, these experts helped reduce the weight of the aircraft and weave in tech inspired by racing cars’ electric motors – which would make it quieter than a helicopter. 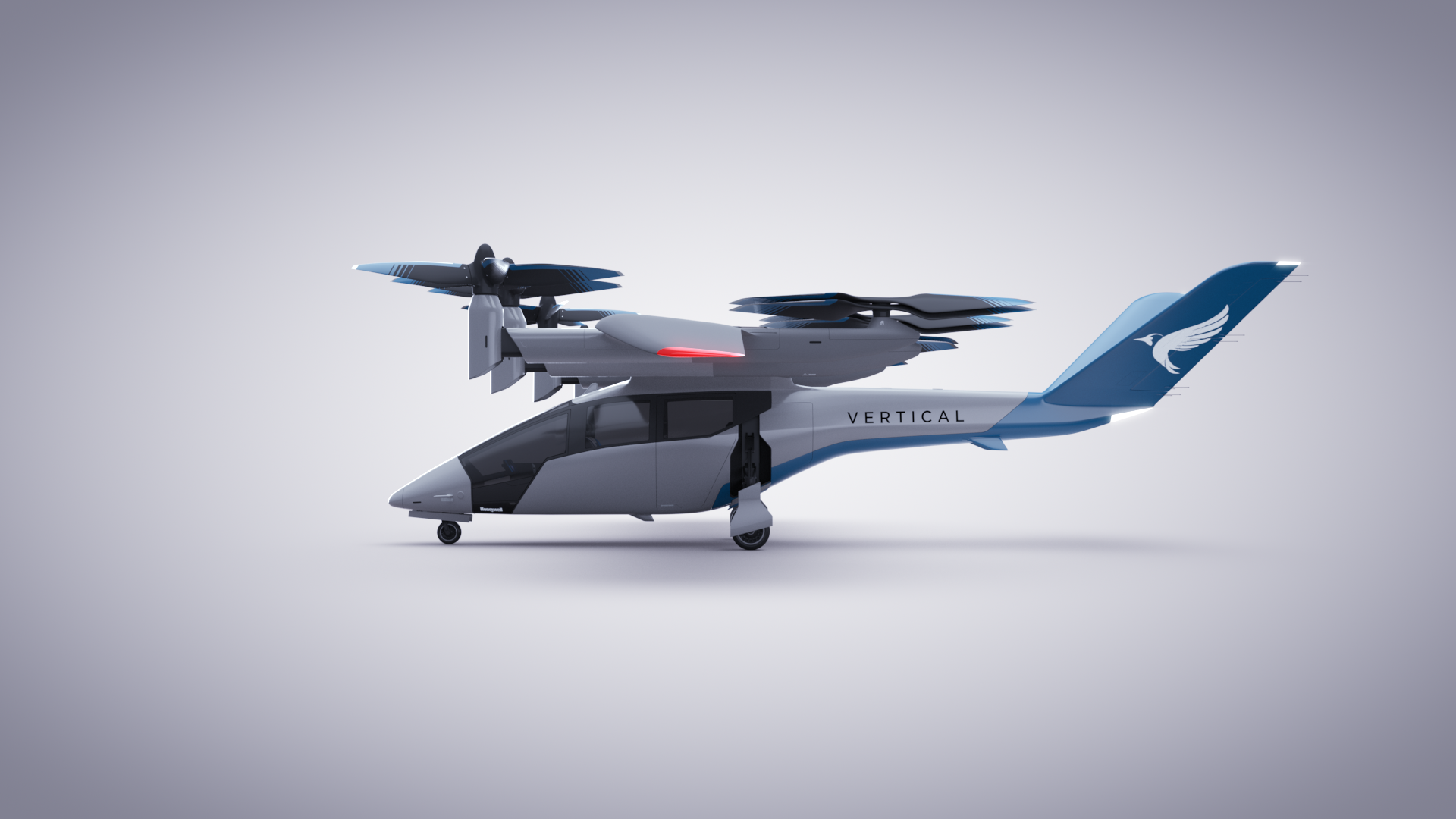 Vertical Aerospace says that having several motors, and being battery powered, improves the model’s safety. It has five passenger seats and a 15-metre wingspan, with a range of roughly 100 miles, and a speed of 150 miles-per-hour. 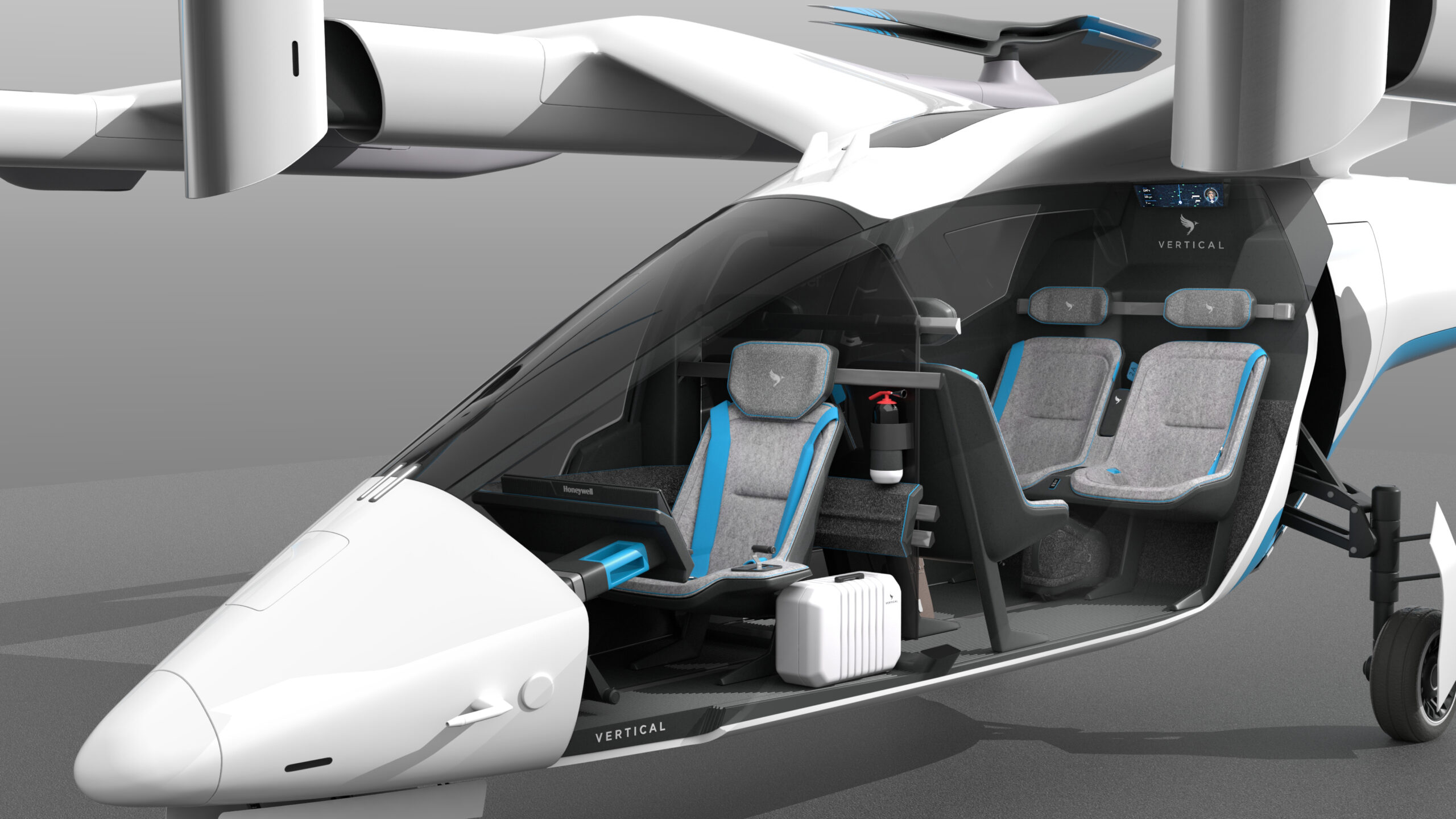 Over the next five years, the air taxi industry – or Electric Vertical Take-off and Landing sector (eVTOL) – is set to take off. The idea is to ease congestion and pollution from road traffic, by building electric flight infrastructure designed for short hops, that drastically cut down travelling time.

Globetrender has previously reported on Uber Air’s plans to build skyports in Melbourne, Dallas and LA, which would serve the first Uber Air commercial flights in 2023.

And electric jet creator, Lilium, is developing a network of city-to-city plane journeys, with the aim to offer affordable journeys – similar to a first class rail ticket. A two-hour and 51-minute rail journey between San Francisco and Santa Cruz would take just 20 minutes on a Lilium jet.