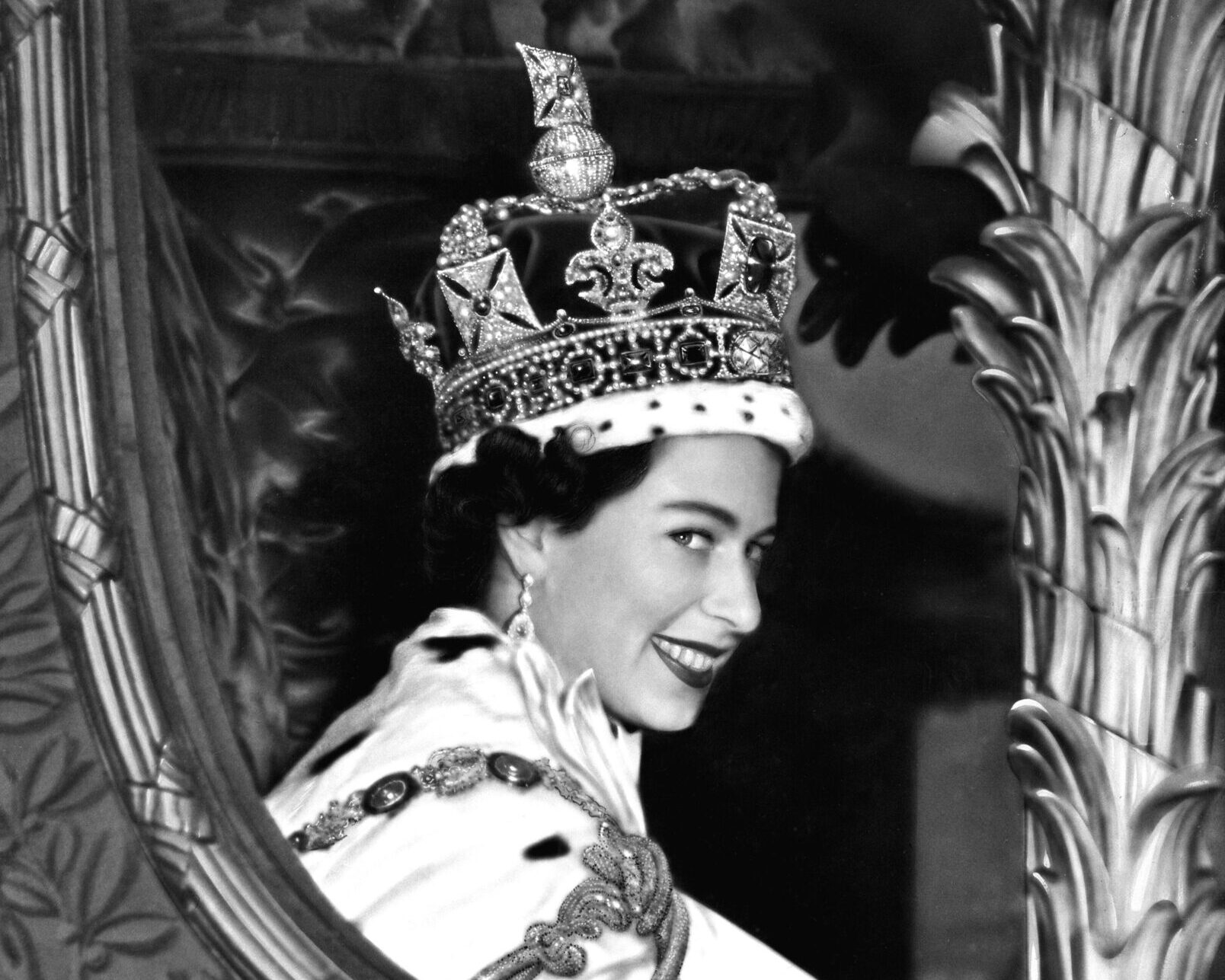 Looking back at the Queen’s life in travel

After reigning for 70 years, Queen Elizabeth II died yesterday aged 96, at the royal residence of Balmoral in Scotland. Among her many achievements, Her Majesty was the most-travelled monarch in history – and she didn’t even own a passport. Before we look to a future without her, here is a look back at some moments from her time on the road. By Jenny Southan

During the course of the Queen’s seven-decade reign, she travelled more than a million miles and conducted 290 state visits (an average of four per year) to 117 different countries.

She visited every country in the Commonwealth – most frequently to Canada, 27 times – and set the trend for exotic foreign trips in the 1960s, when package holidays were born. During her lifetime, the Queen also sailed thousands of miles on Royal Yacht Britannia.

Upon learning the news of her father George VI’s death while staying at the Tree Tops Lodge in Aberdare National Park, her first foreign assignment as the Queen was meeting the governor of Kenya, Sir Philip Mitchell on February 6, 1952.

Her final trip was to Malta with Prince Philip in 2015 – a fitting end to her travelling career, given it was where the couple lived when they got married in 1947.

Not long after her coronation, in her 1953 Christmas broadcast, which was recorded in Auckland, she said: “I set out on this journey in order to see as much as possible of the people and countries of the Commonwealth and Empire. I want to show that the Crown is not merely an abstract symbol of our unity, but a personal and living bond between you and me.” 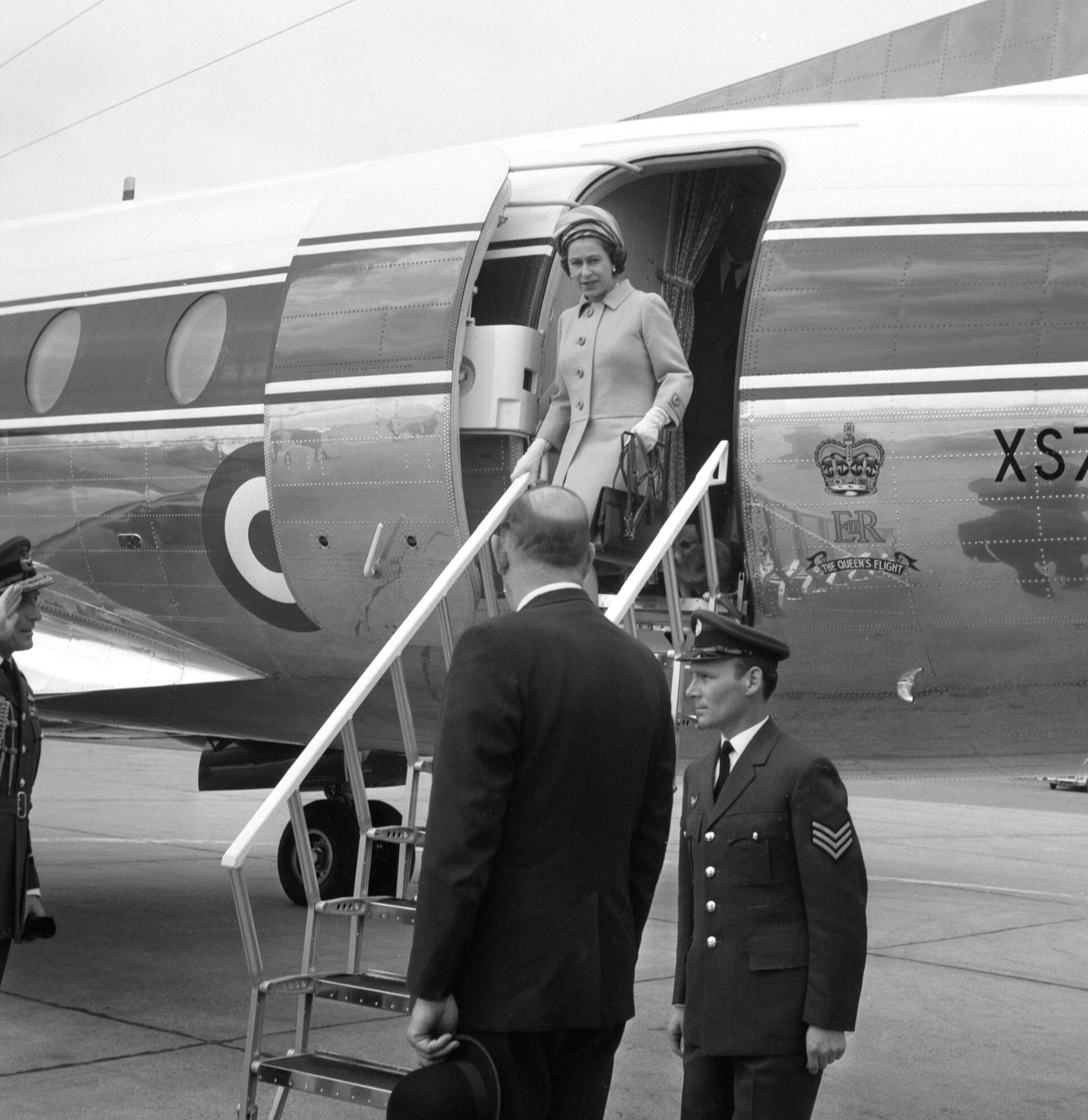 Queen Elizabeth II arriving at Heathrow Airport from a weekend at Sandringham. 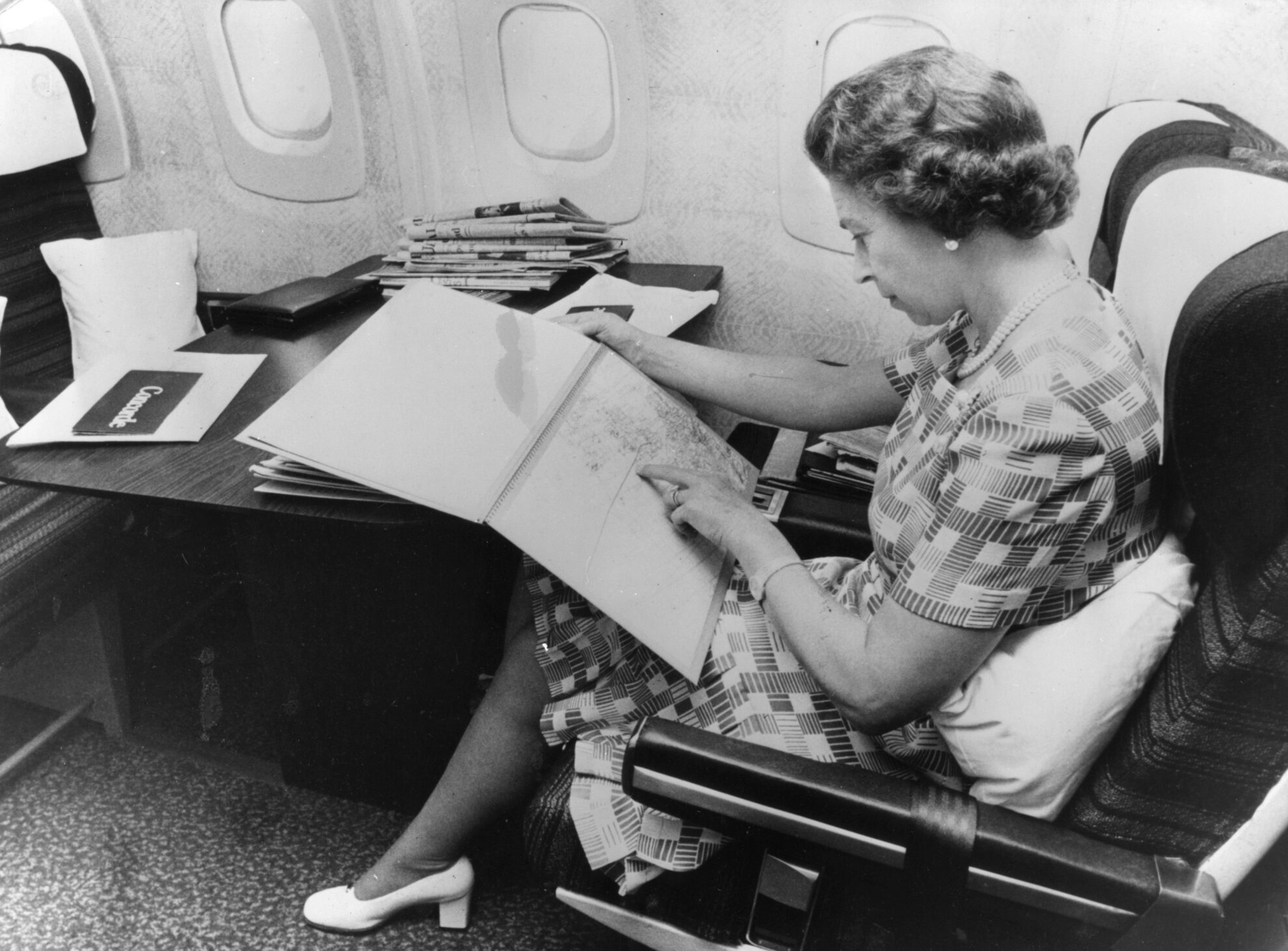 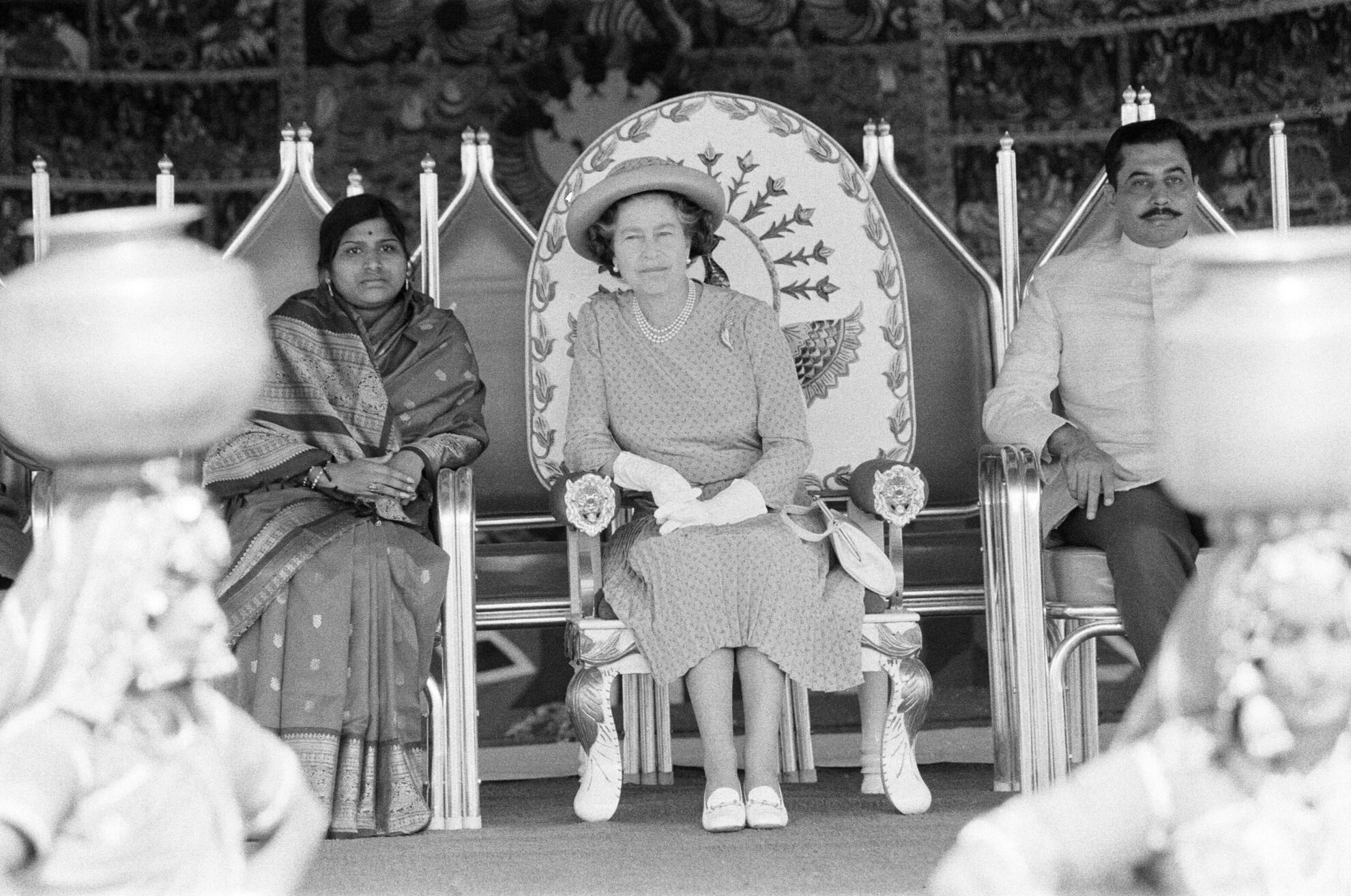 Queen Elizabeth II, State Visit to Bangladesh, 14th to 17th November 1983. Including Save the Children centre in Dhaka, Bangladesh. 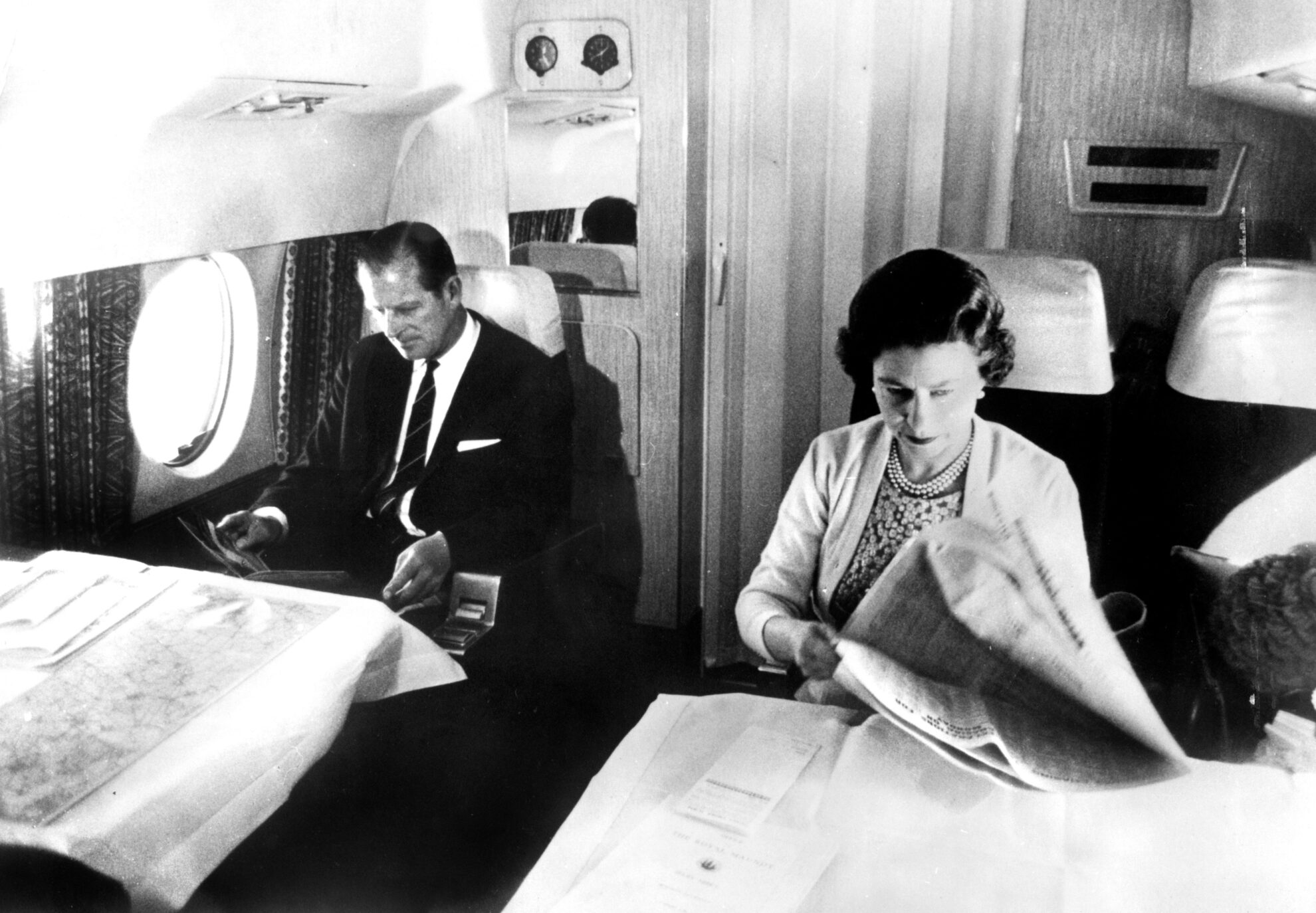 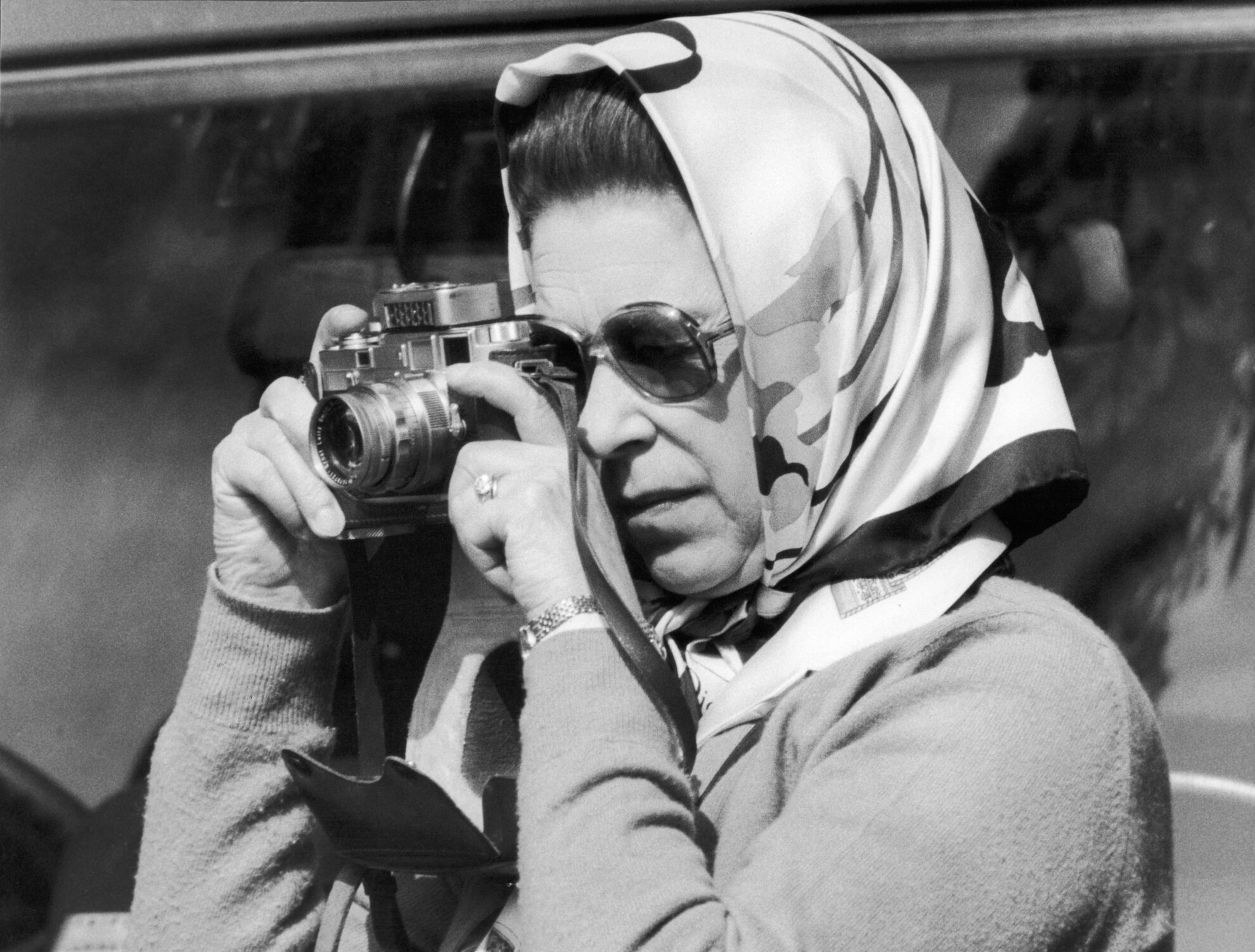 Her Majesty Queen Elizabeth II taking a picture at the Royal Windsor Horse Trials. May 1982. 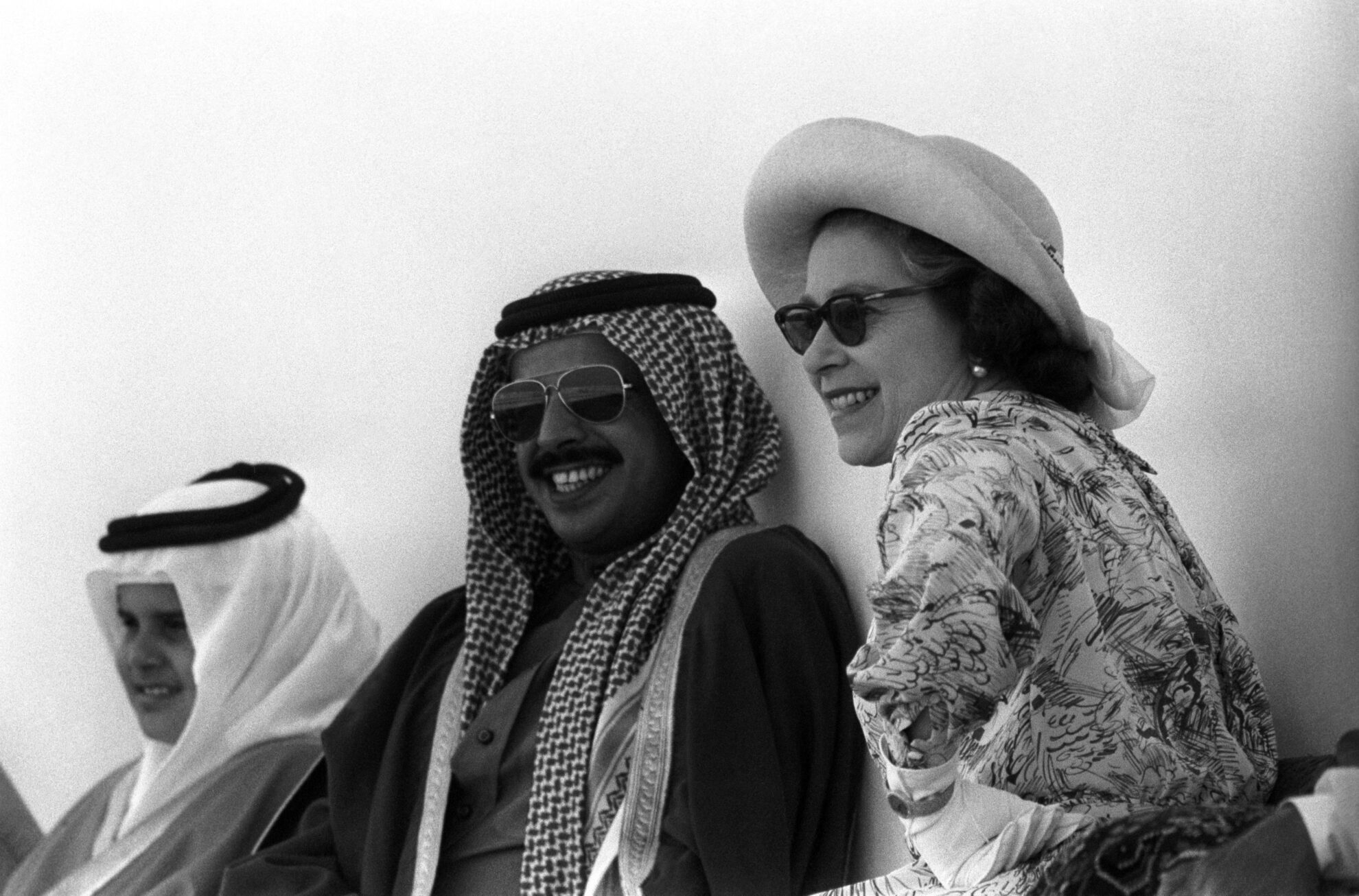 Queen Elizabeth II with Sheikh Ahmed bin Isa Al-Khalifa at the races in Bahrain. The Emir is strictly anti-betting and has his own way of discouraging punters – he changes the numbers on all the horses just before the start of the race. But when the Queen visited, no changes were made. 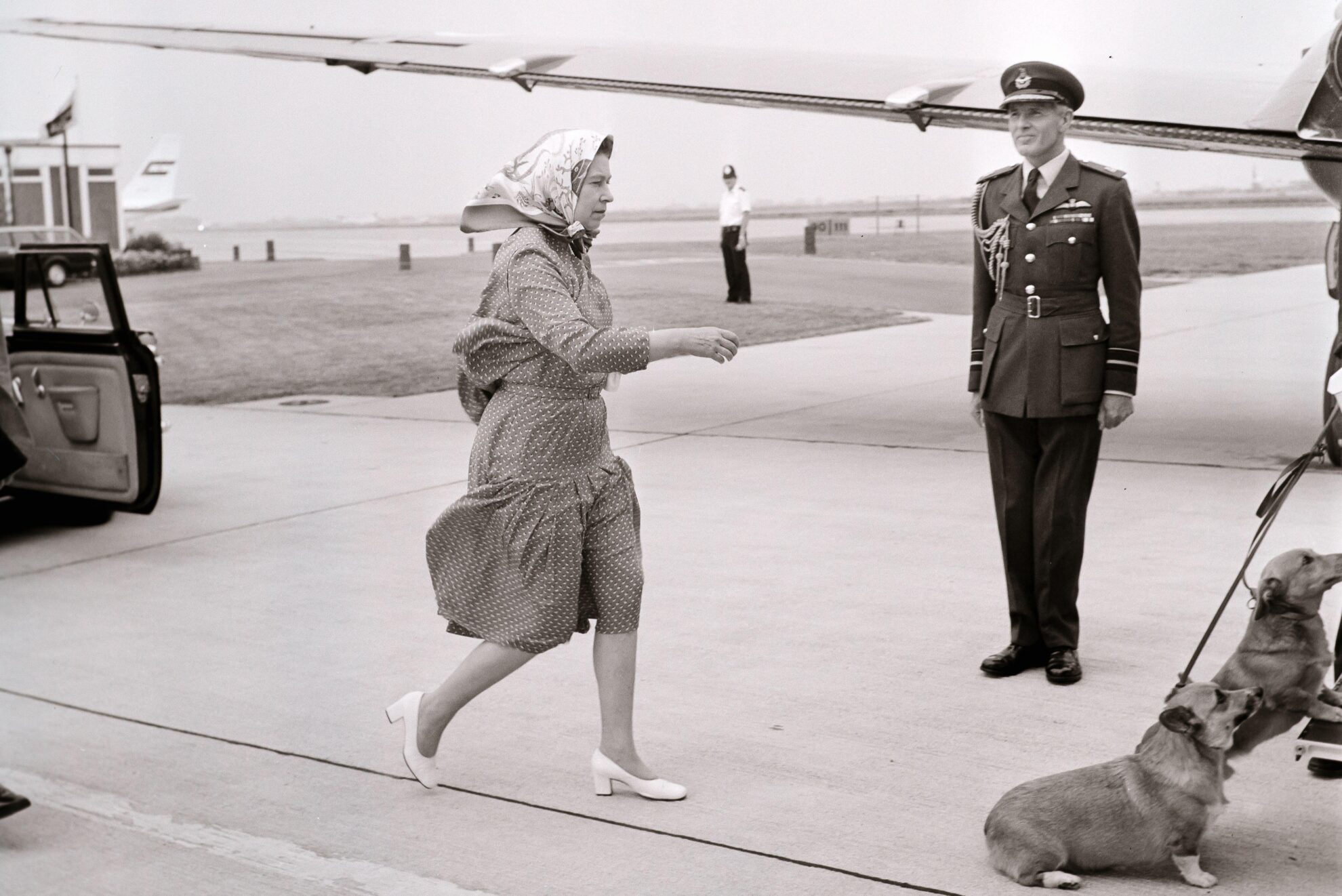 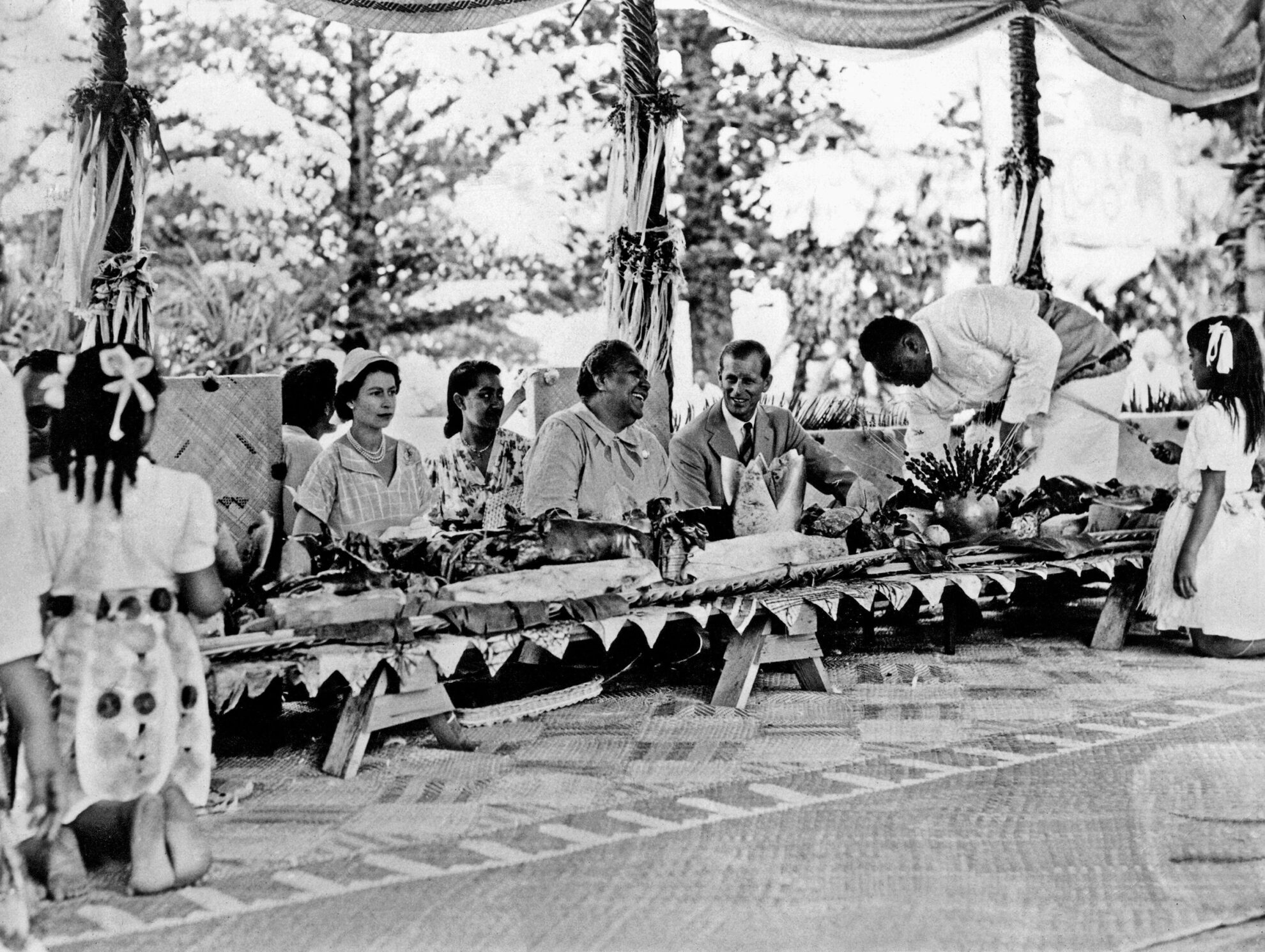 Queen Elizabeth II and Prince Philip with the Queen of Tonga at a feast at which a roasted pig was placed in front of every person, during the Royal Tour of the Commonwealth 19-20 December 1953. 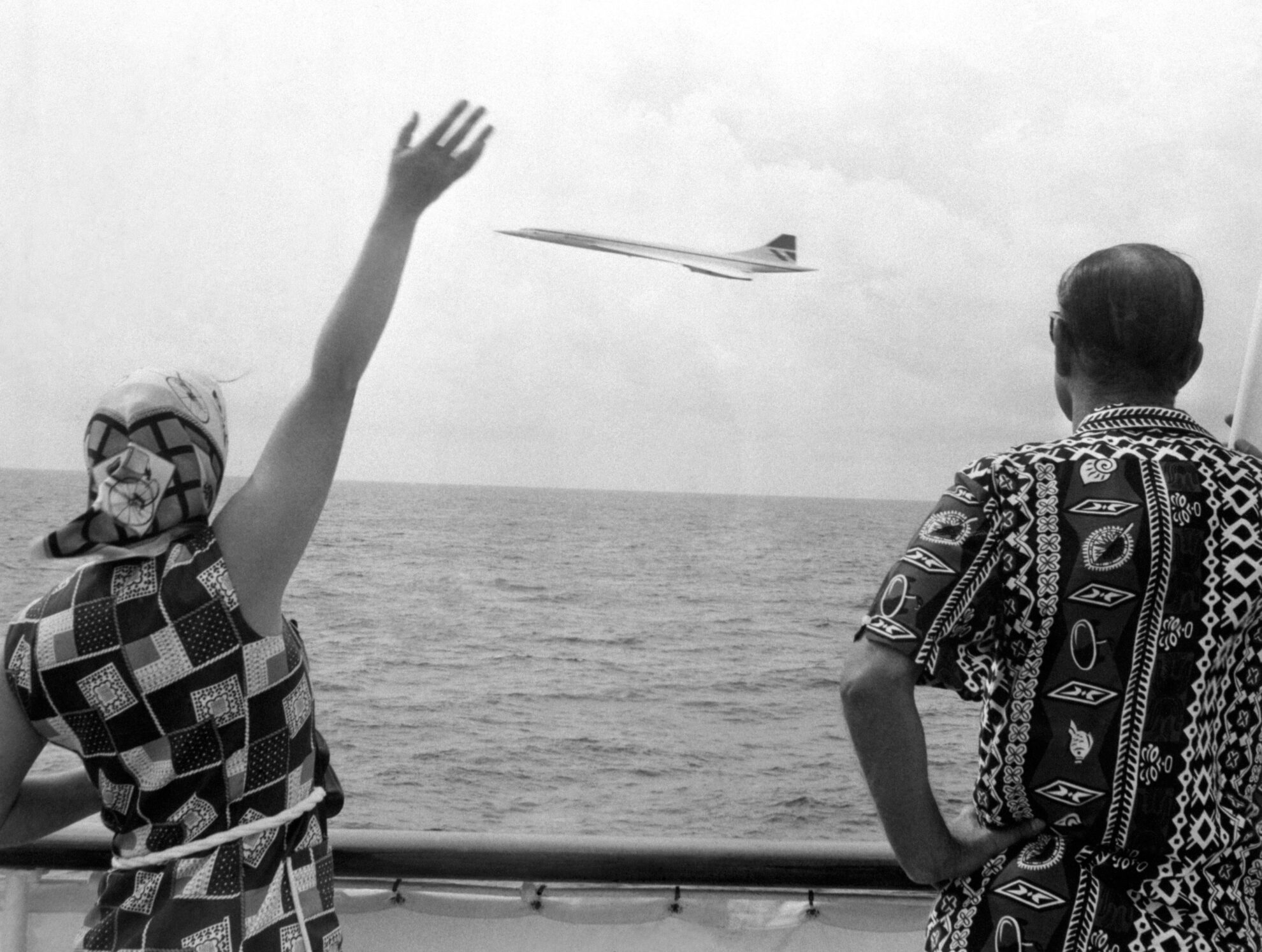 Queen Elizabeth II and the Duke of Edinburgh wave as Concorde flies by the Royal Yacht Britannia as the royal couple neared Barbados.

Ever intrepid, during the late 1960s, the Queen embarked on a two-week tour of South America, which included driving along Rio de Janeiro’s Copa­cabana Beach in an open-topped Rolls-Royce, and crossing the Andes into Chile.

In the 1970s she toured Mexico, and 1986 became the first British monarch to visit China. She has also spent time in Western Samoa, Fiji, Tonga, New Zealand and Australia. But the place she loved most of all was her Balmoral home in Scotland, where she peacefully made her final departure.

In less than 24 hours, almost every world leader has paid tribute to the Queen – you can read their statements here.

US President Joe Biden and Jill Biden said: “In a world of constant change, she was a steadying presence and a source of comfort and pride for generations of Britons, including many who have never known their country without her. Her legacy will loom large in the pages of British history, and in the story of our world.”