A waste-to-energy plant called CopenHill in Denmark’s capital features a series of unlikely attractions – in addition to an artificial ski slope and hiking trails on its roof, it also has a climing wall on its façade. Emily Eastman reports

Danish architecture firm BIG’s CopenHill power plant, dubbed the “cleanest waste-to-energy power plant in the world”, opened its rooftop ski slope to the public in October. It has been described by the factory’s managing director, Jacob Simonsen, as an example of “hedonistic sustainability”.

The green, “neveplast”, synthetic turf may not look like snow but it is actually slippery enough to ski and snowboard down – all 450 metres of it. (It’s also the steepest slope of its kind in the world.) 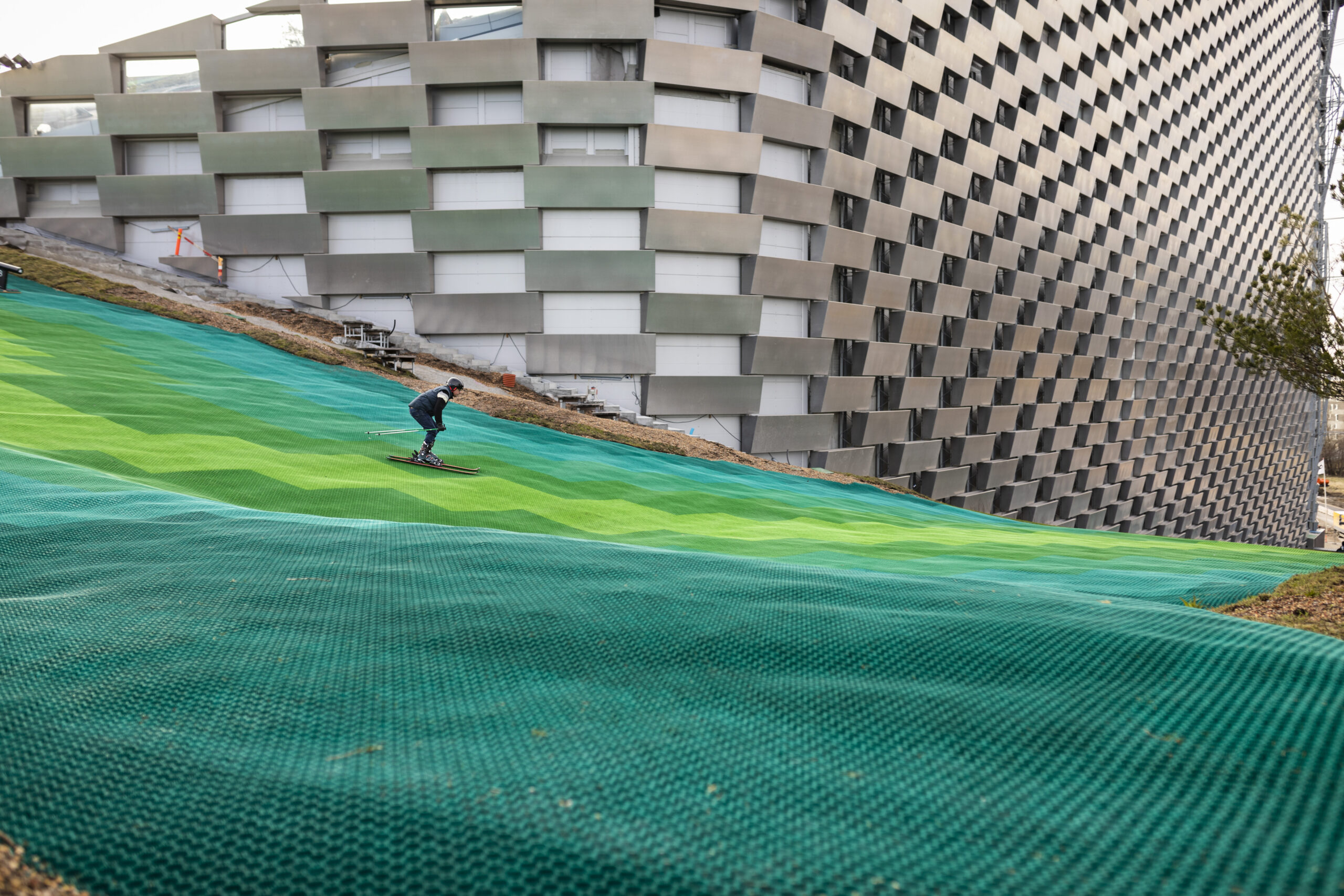 The 4.4 million square foot power plant, which is also known as the Amager Resource Center (ARC), opened in 2017 and has been turning unrecyclable trash into energy ever since.

By incinerating waste, it generates enough heat and electricity for 150,000 homes in the area – all while saving waste from landfill where it could emit methane, and releasing less carbon dioxide into the atmosphere than if it were burning fossil fuels. (The plant is capable of converting 440,000 tons of waste into clean energy annually.) 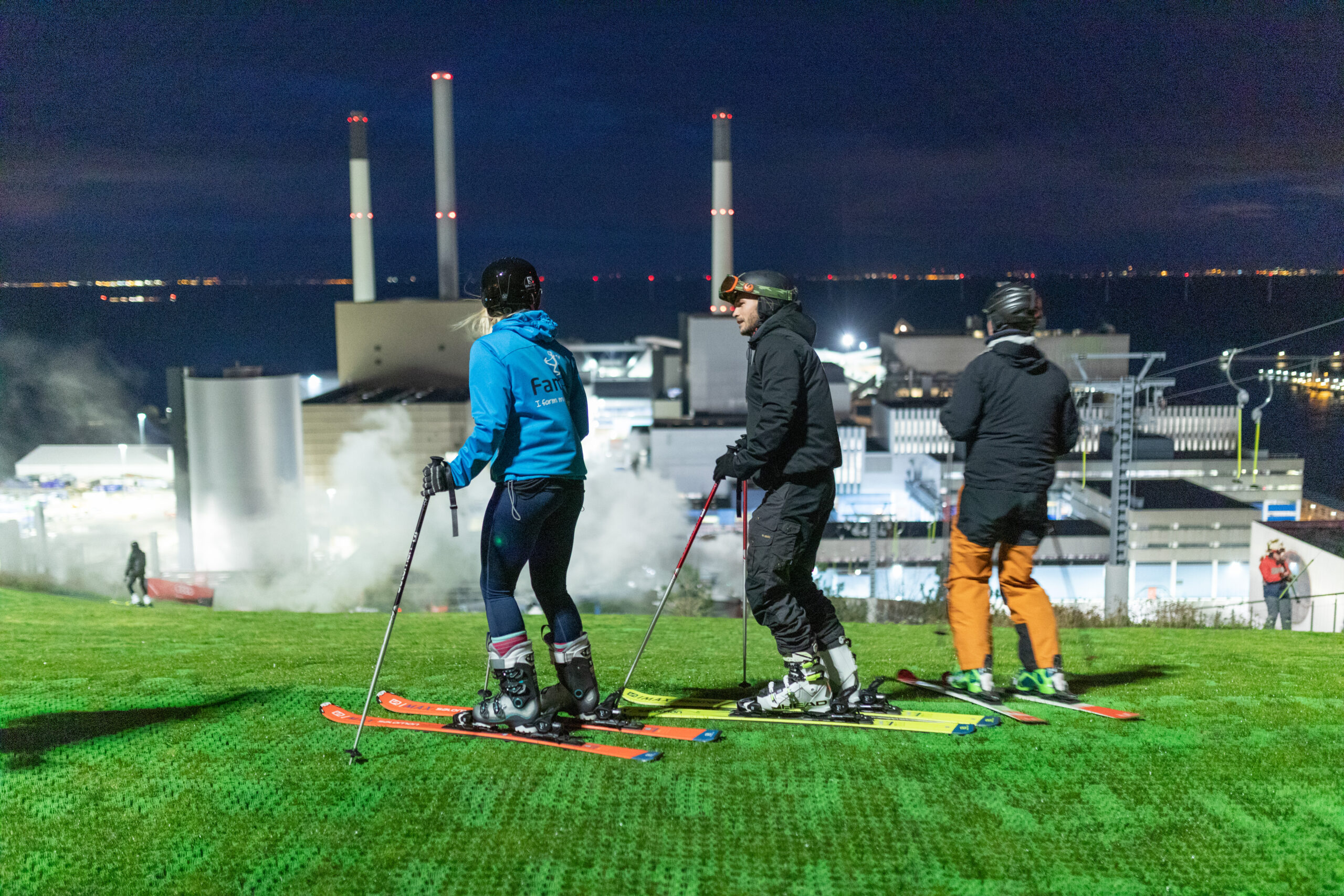 But CopenHill isn’t just in the business of energy production – the power plant was designed to double as an “epicentre for urban mountain sport”.

In addition to a ski slope, there are 500 metres of rooftop hiking trails with real foliage and the tallest manmade climbing wall in the world (at 85 metres) on its façade. There is also a rooftop bar and fitness area. 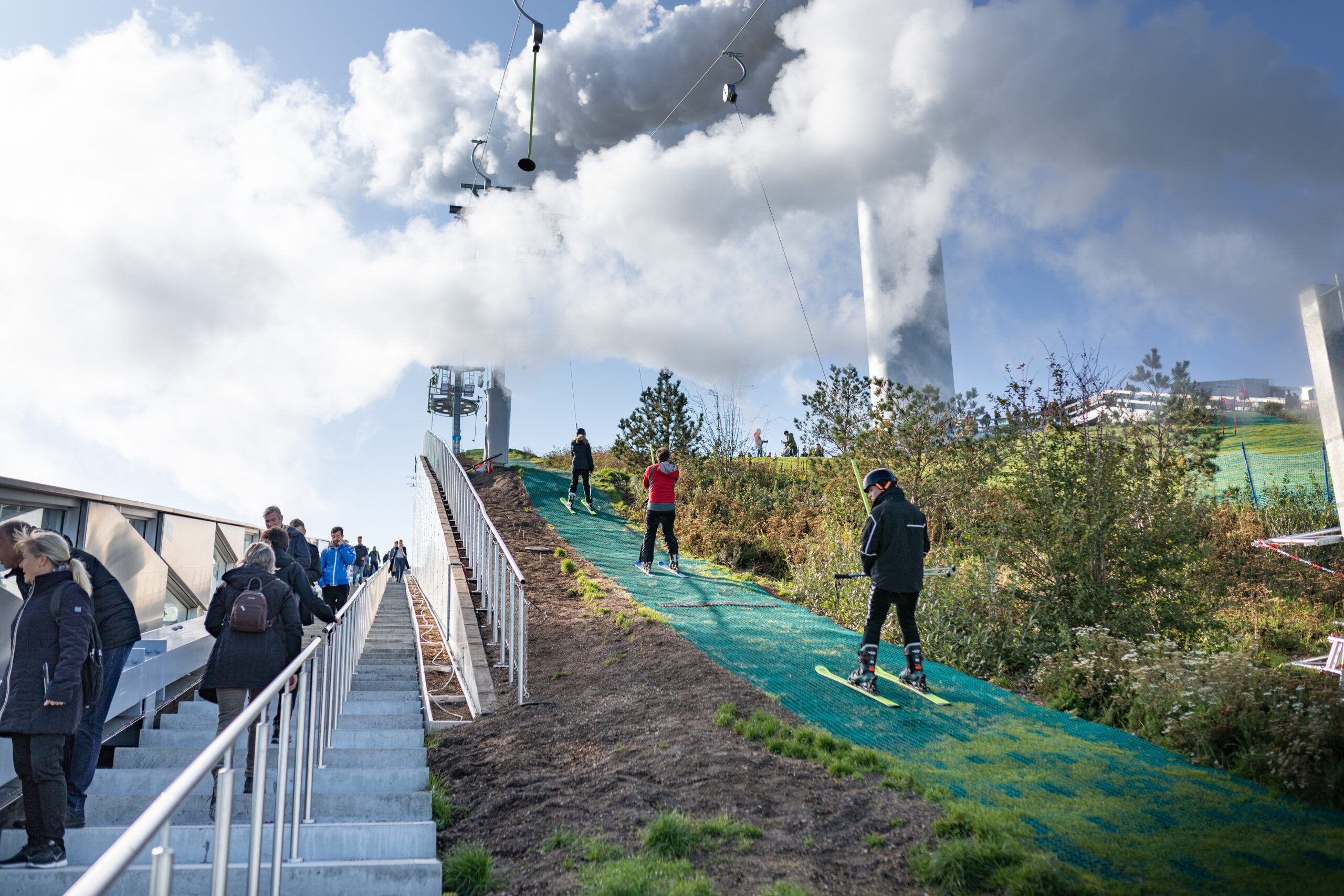 Bjarke Ingels, founder of BIG, told Architectural Digest that he was inspired to design the slope after noticing that Copenhagen had “several months of snow, but absolutely no mountains”.

Visitors to the slope can bring their own ski gear or rent it on-site. There are four ski runs offering varying degrees of difficulty, plus a freestyle park and a slalom course. A basic one-hour pass costs 50kr (£6).

Pelle Hansen, a local skier, told Reuters: “It’s a fantastic experience in the middle of a city to be able to do what you do like the most. Instead of having to go six, seven, eight or ten hours to a ski destination, you can be here in ten minutes.” 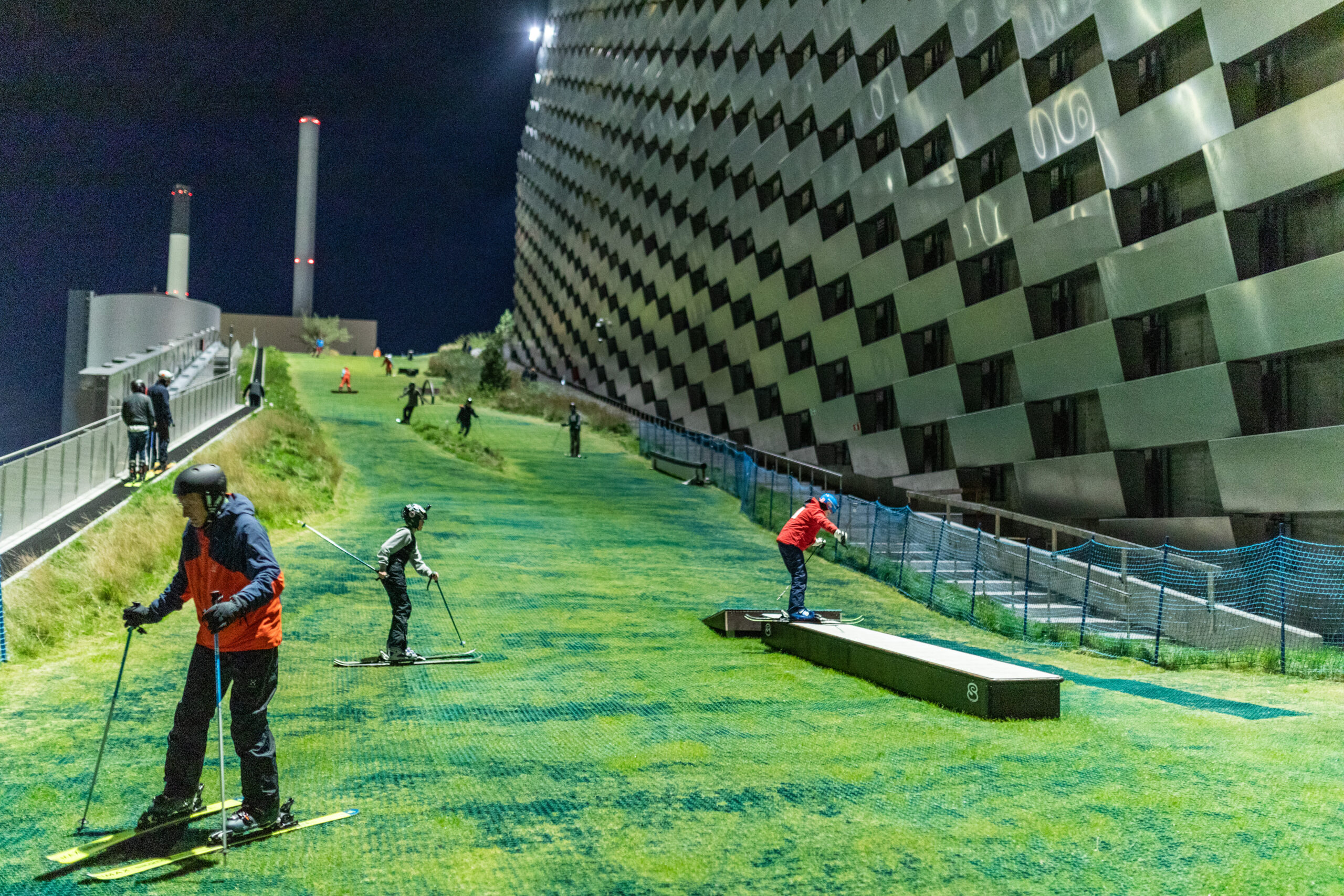 “I think everybody is surprised to start with when they look at it and it’s not snow,” Christian Ingels, CopenHill’s director, told Reuters. “It’s green dry-slope material. After one or two runs, your mind is automatically adjusting so you feel exactly like skiing.”

He hopes that the facility will attract more than 300,000 visitors per year, around 65,000 of whom are expected to use the ski slope.

At the opening ceremony of the slope, he said: “As a power plant, CopenHill is so clean that we have been able to turn its building mass into the bedrock of the social life of the city. Its façade is climbable, its roof is hikeable, and its slopes are skiable.”

Copenhagen itself has plans to become the first zero-carbon capital city in the world within the next five years.

According to The Guardian, it will achieve this with measure that include: 100 new wind turbines; a 20 per cent reduction in both heat and commercial electricity consumption; 75 per cent of all journeys to be by bike, on foot, or by public transport; the biogas-ification of all organic waste; 60,000 sqm of new solar panels; and 100 per cent of the city’s heating requirements to be met by renewables.