Renderings of the world’s first prototype floating city, Oceanix Busan, have been unveiled. The vision is to create a place to live that adapts to rising sea levels off the coast of South Korea. Rose Dykins reports

New renderings of a futuristic sustainable floating city have been revealed by UN-Habitat, the Busan Metropolitan City of the Republic of Korea and blue tech design company Oceanix. What’s more, with construction beginning next year, it will soon become a reality.

What is the objective? Oceanix Busan seeks to provide a breakthrough solution for coastal cities facing severe land shortages compounded by the climate crisis.

Throughout the world, two in five people live within 100km of a coastline, and 90 per cent of megacities globally are vulnerable to rising sea levels – with flood damage to infrastructure costing billions of dollars, while displacing millions of climate refugees from their homes.

In cities with rapid population growth with no room to expand, residents are forced to move closer to the water, driving housing to costs to precarious levels, and forcing out those with the lowest incomes. Floating cities could help us adapt.

Philipp Hofmann, CEO of Oceanix, said: “Today is a pivotal milestone for all coastal cities and island nations on the frontlines of climate change. We are on track to delivering Oceanix Busan and demonstrating that floating infrastructure can create new land for coastal cities looking for sustainable ways to expand onto the ocean, while adapting to sea level rise.” 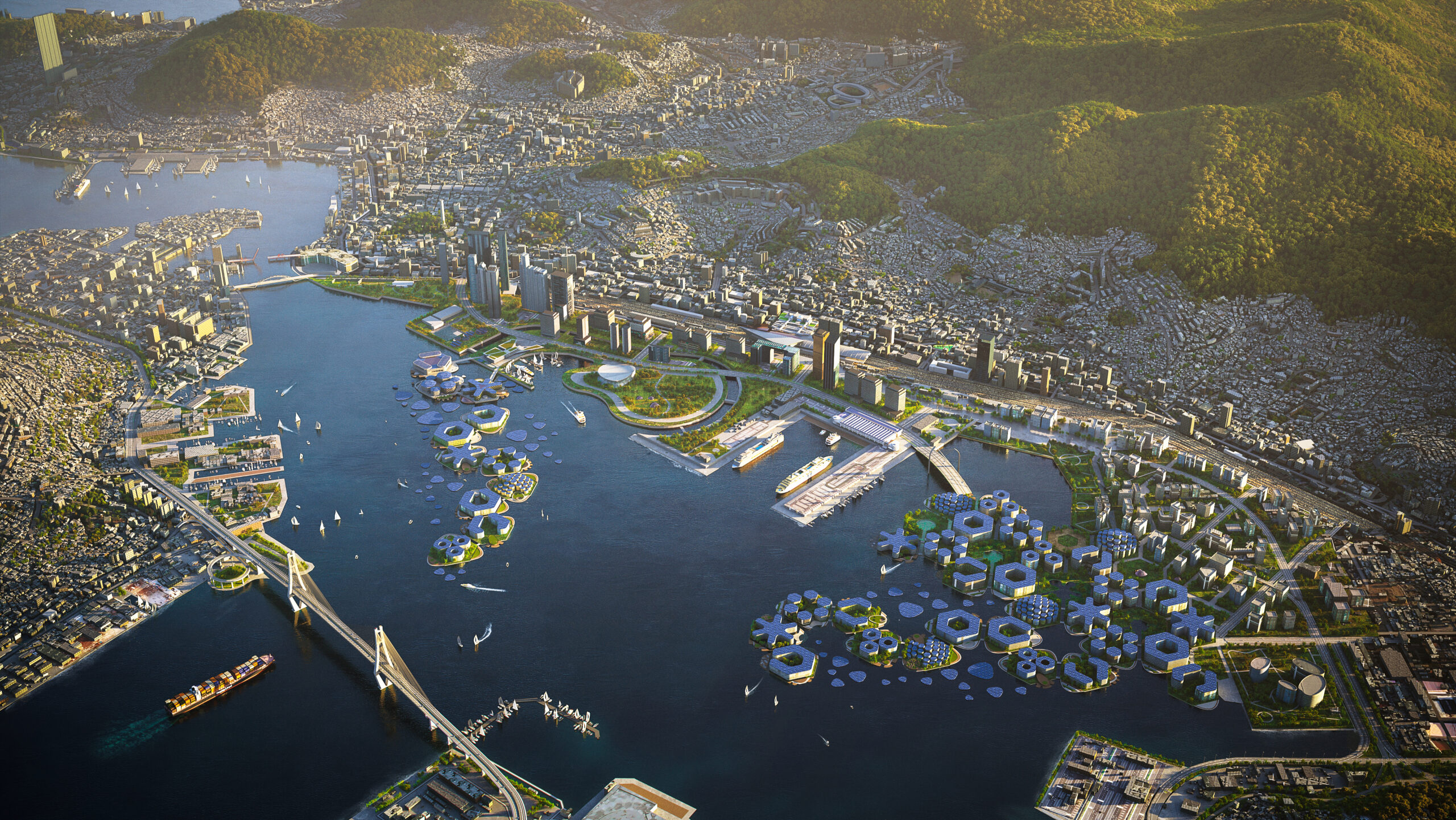 New York-based Oceanix led a team of the world’s best designers, engineers, and sustainability experts in designing the flood-proof prototype. The BIG-Bjarke Ingels Group and SAMOO (owned by Samsung) were the lead architects behind Oceanix Busan, which was unveiled at the Second UN Roundtable on Sustainable Floating Cities.

The inaugural Roundtable took place in 2019, where an agreement was made to develop a prototype with a host city – and Busan signed up to become that city in 2021. With its location on the southeastern tip of South Korea’s coast, its maritime way of life and its established marine engineering industry, Busan was a natural choice to deploy the floating city prototype. 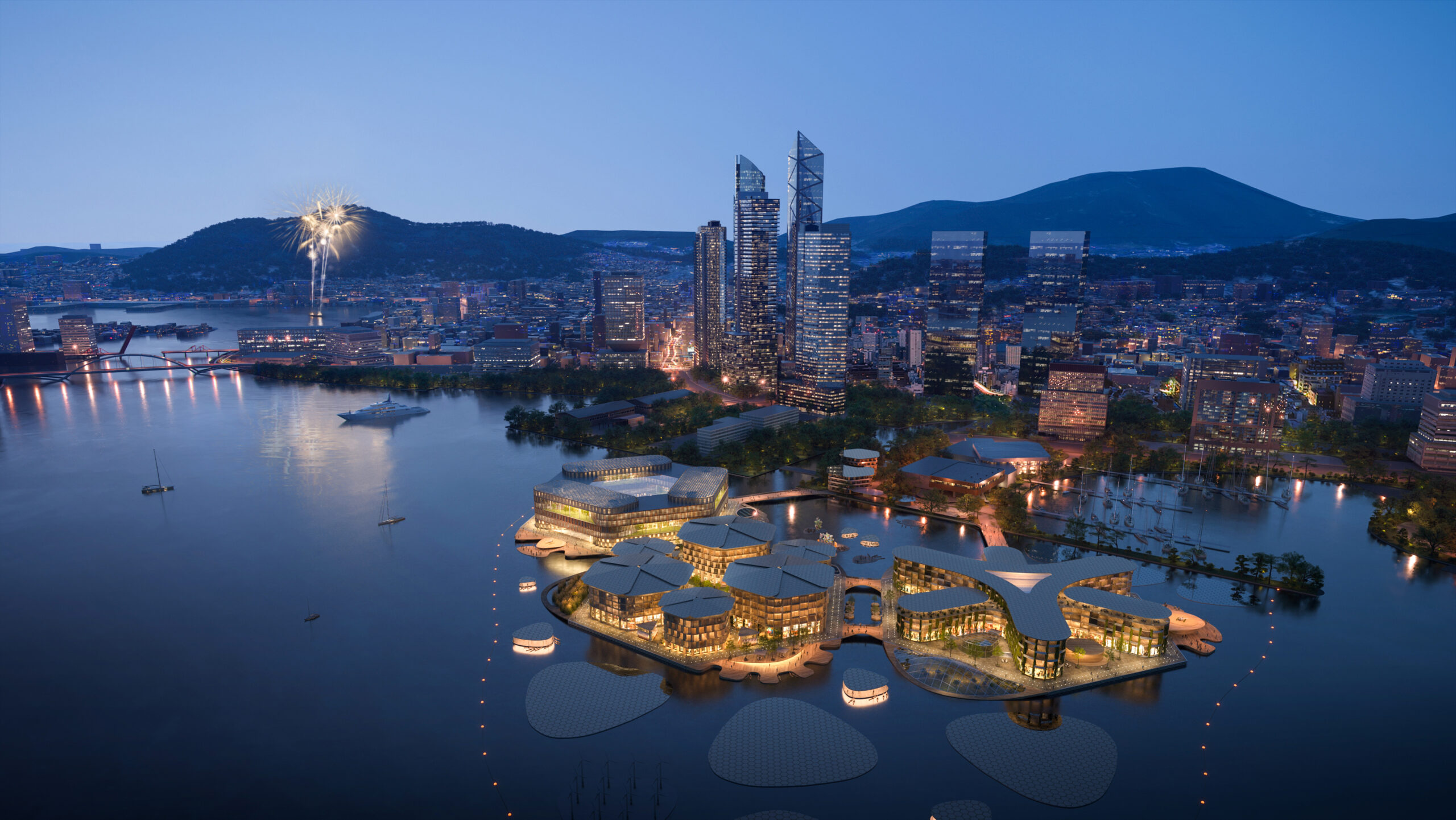 Mayor Park Heong-joon has set an ambitious agenda to turn Busan into a green smart city and launch a bid for the city to host World Expo 2030. “We joined forces with UN-Habitat and Oceanix to be the first to prototype and scale this audacious idea because our common future is at stake in the face of sea level rise and its devastating impact on coastal cities,” he said.

Speaking at the event, Maimunah Mohd Sharif, executive director of UN-Habitat, said: “We cannot solve today’s problems with yesterday’s tools. We need to innovate solutions to global challenges. But in this drive for innovation, let’s be inclusive and equitable and ensure we leave no one and no place behind.” 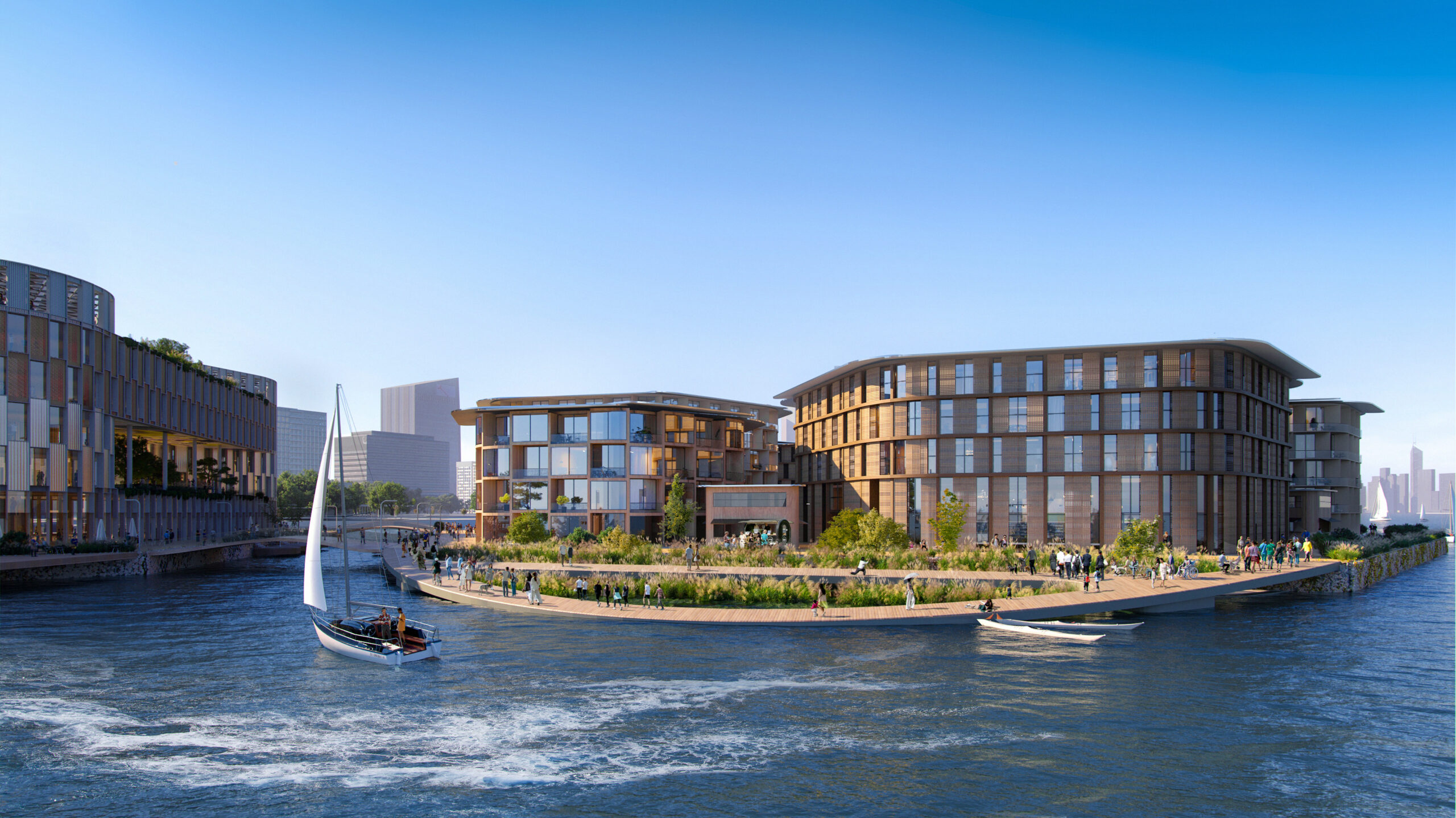 The world’s first prototype of a sustainable floating community, Oceanix Busan consists of 15.5 acres ofinterconnected platforms to accommodate a community of 12,000 people. Each neighbourhood is designed to serve a specific purpose – be it residences, research hubs, or eco-friendly lodging – with 30,000 to 40,000 sqm of mixed-used space per platform. 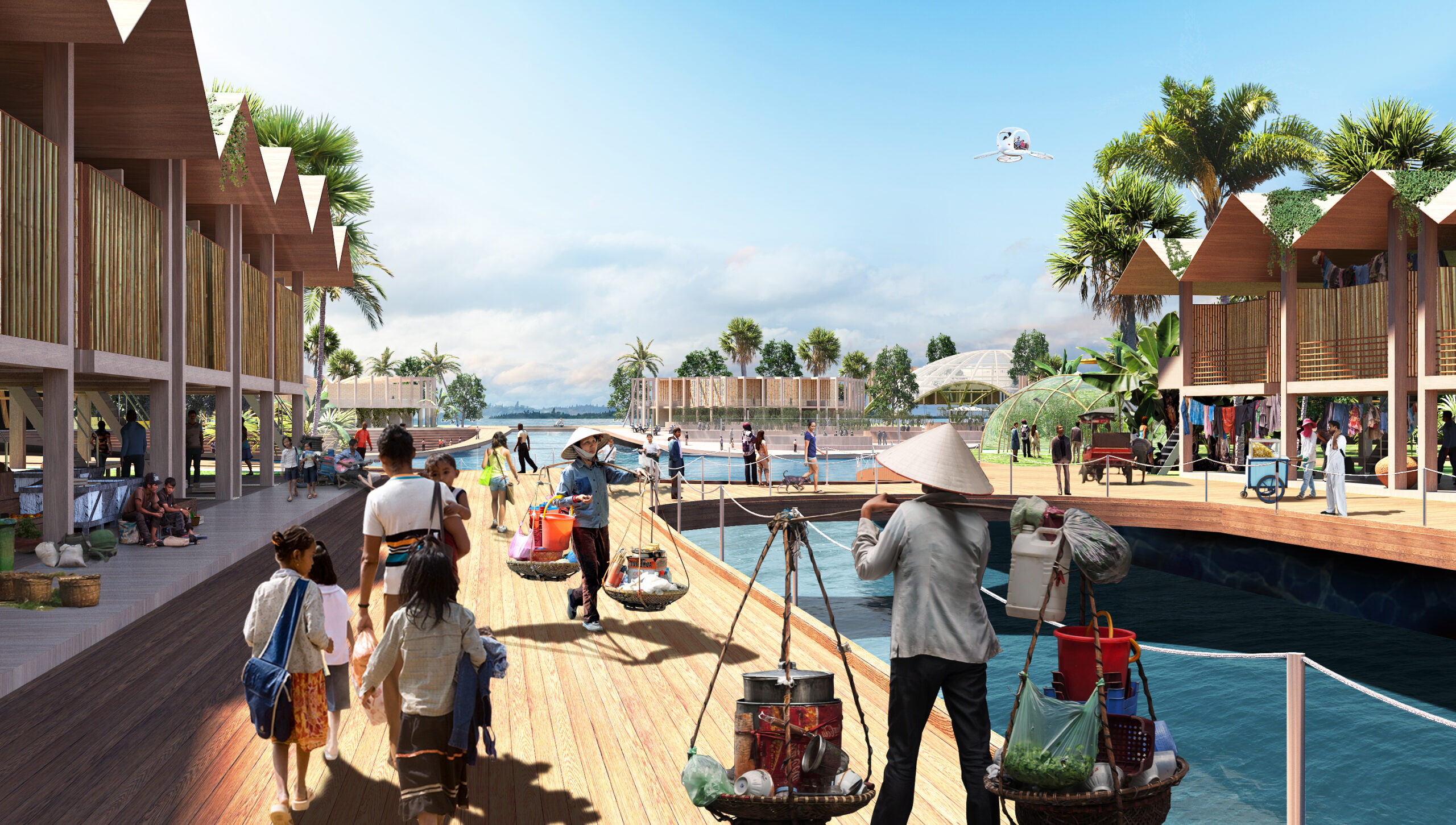 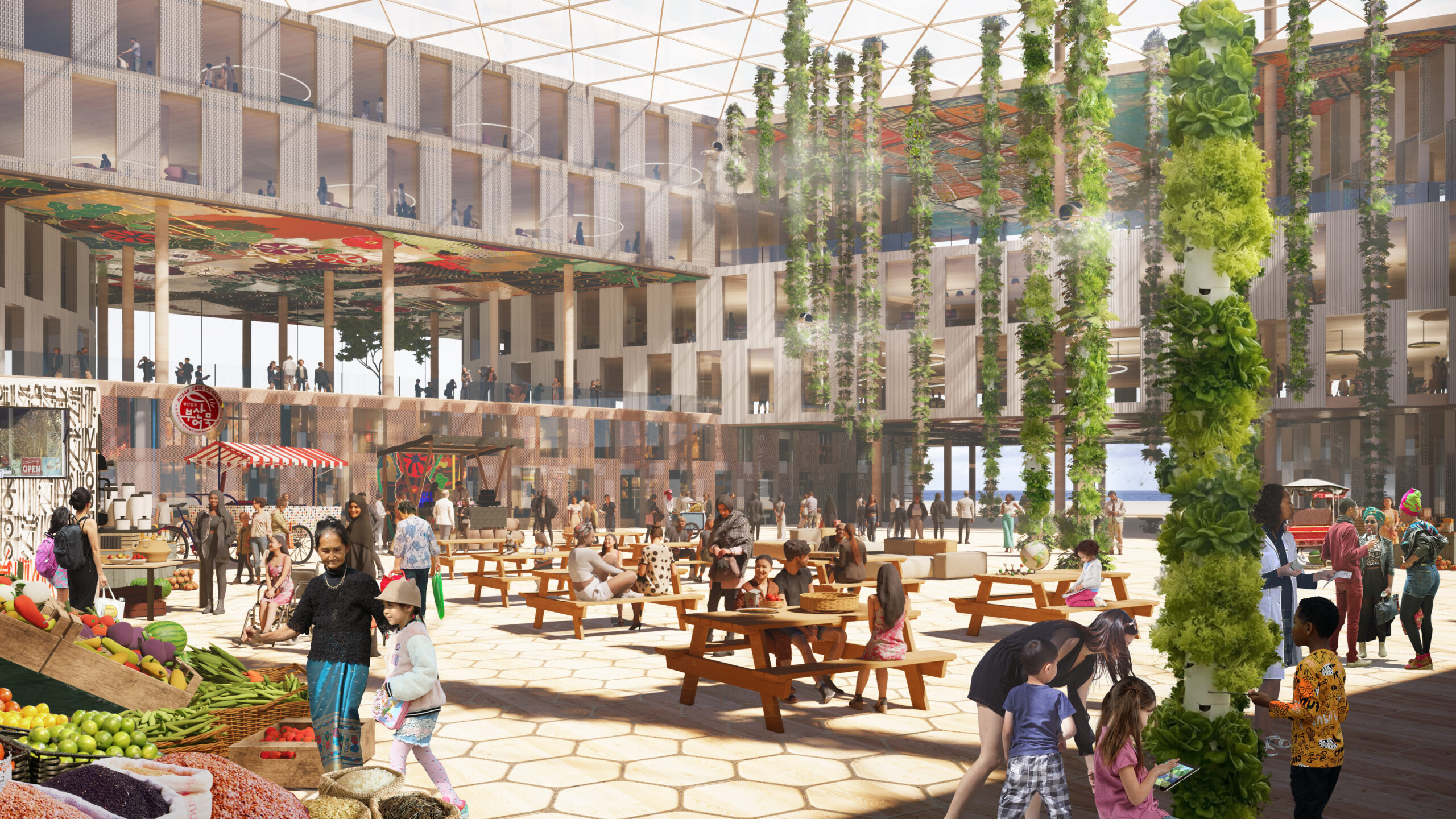 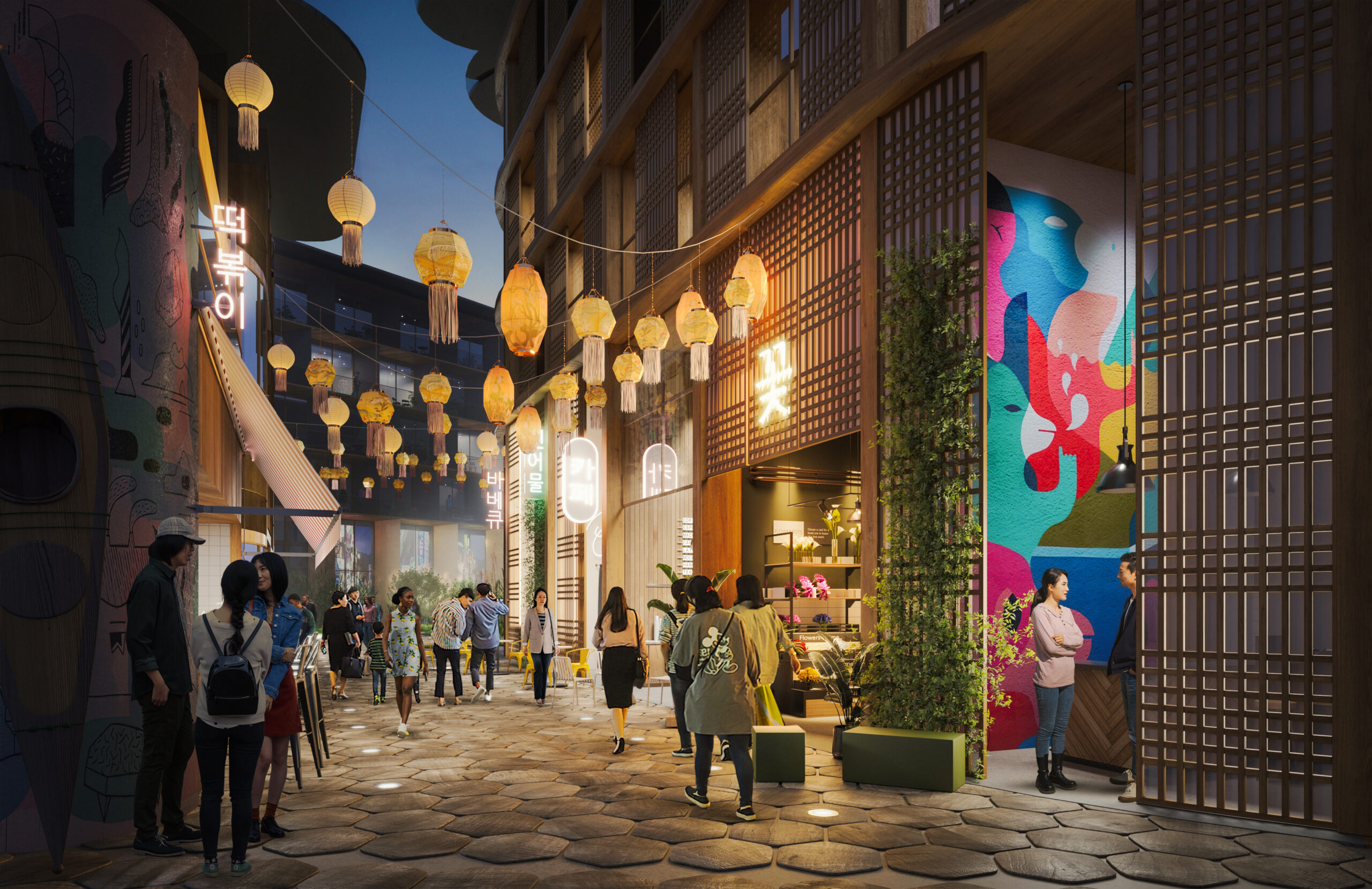 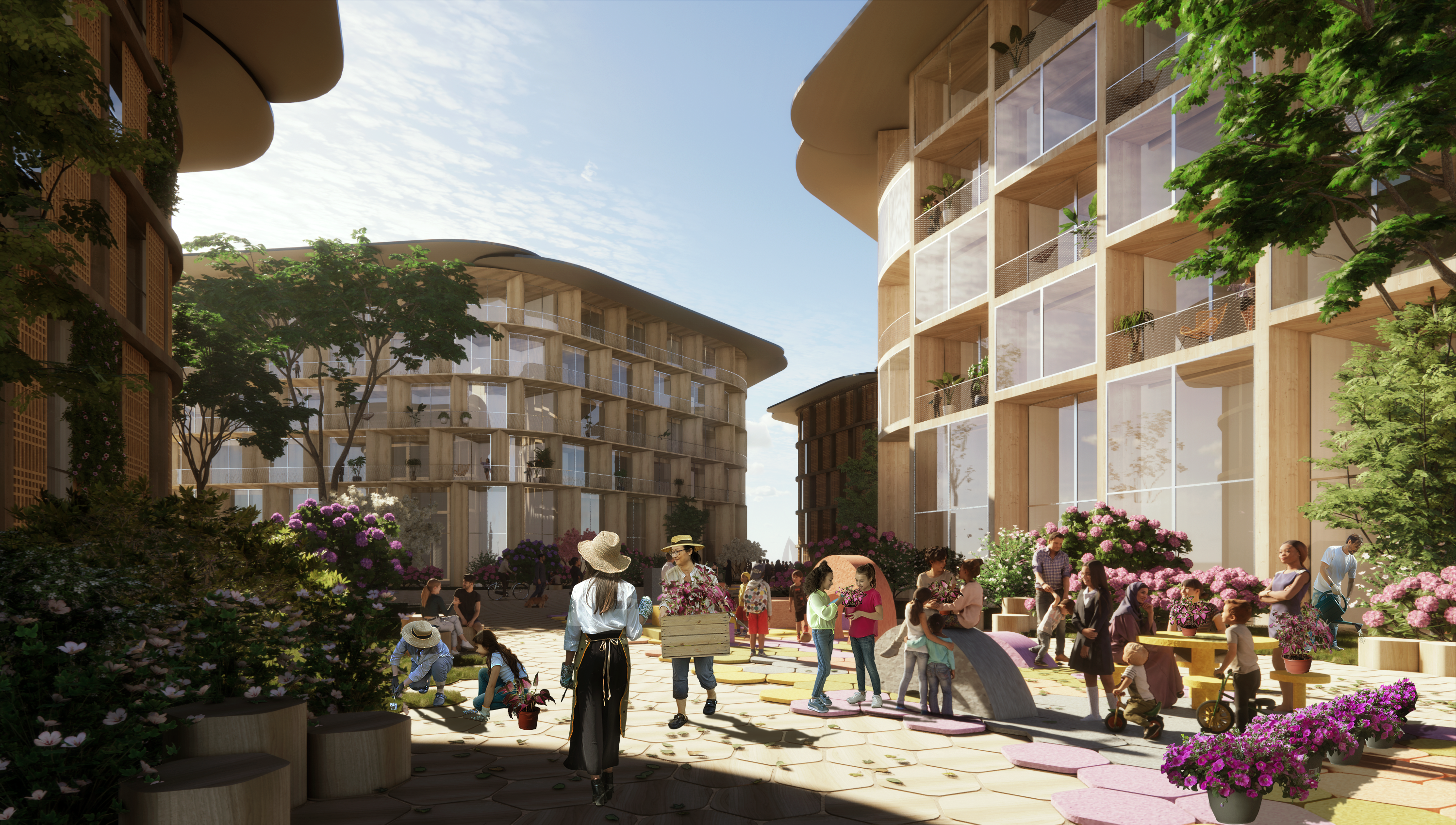 The floating platforms connect to land with link-span bridges, framing the sheltered blue lagoon of floating recreation, art, and performance venues. The low-rise buildings have soft lines, and terraces for indoor-outdoor living, which feed into Oceanix Busan’s network of vibrant public spaces.

The plan is for Oceanix Busan to organically transform and adapt over time based on the needs of Busan. Starting from a community of 12,000 residents and visitors, it has the potential to expand to accommodate more than 100,000 people. 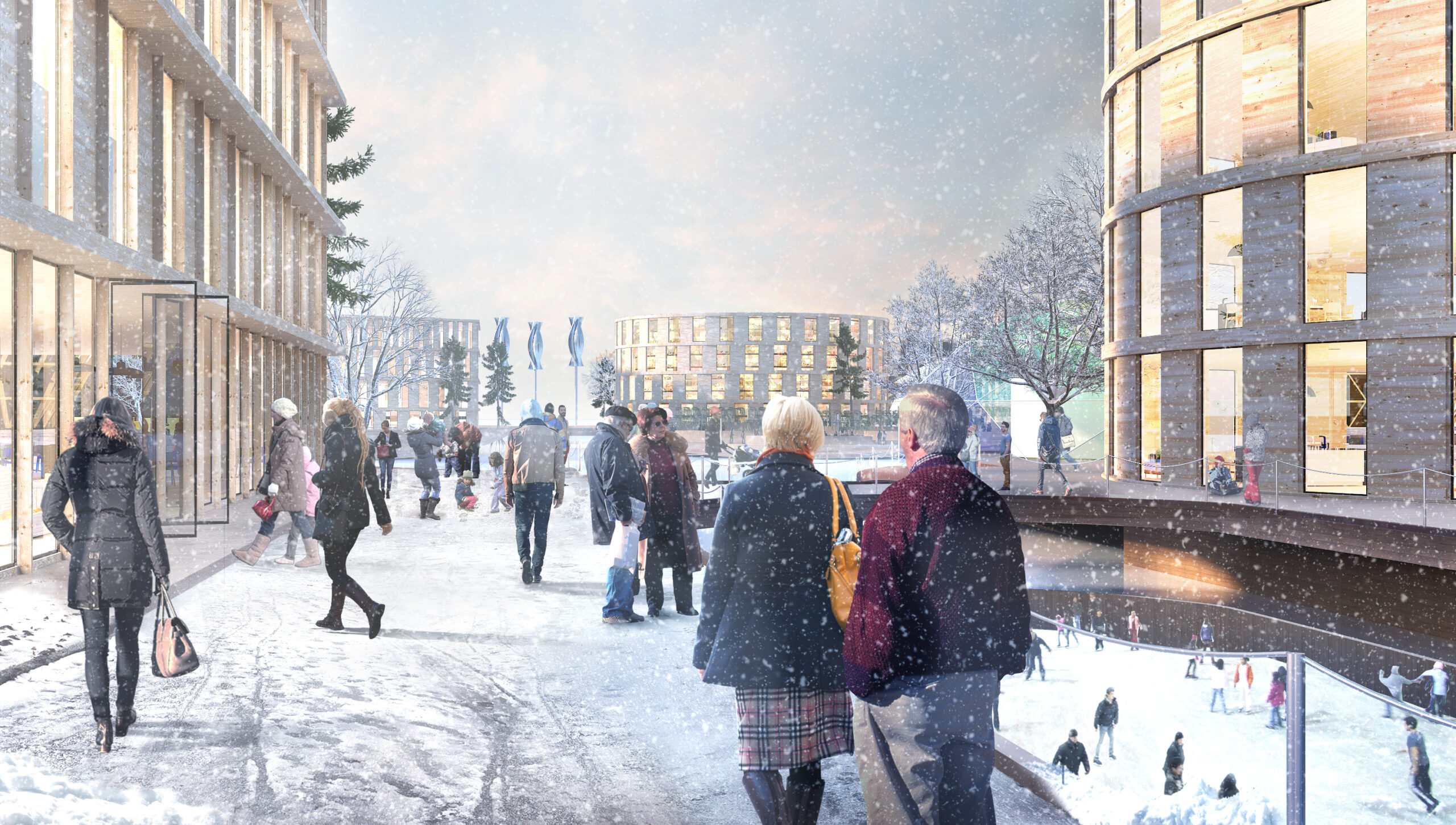 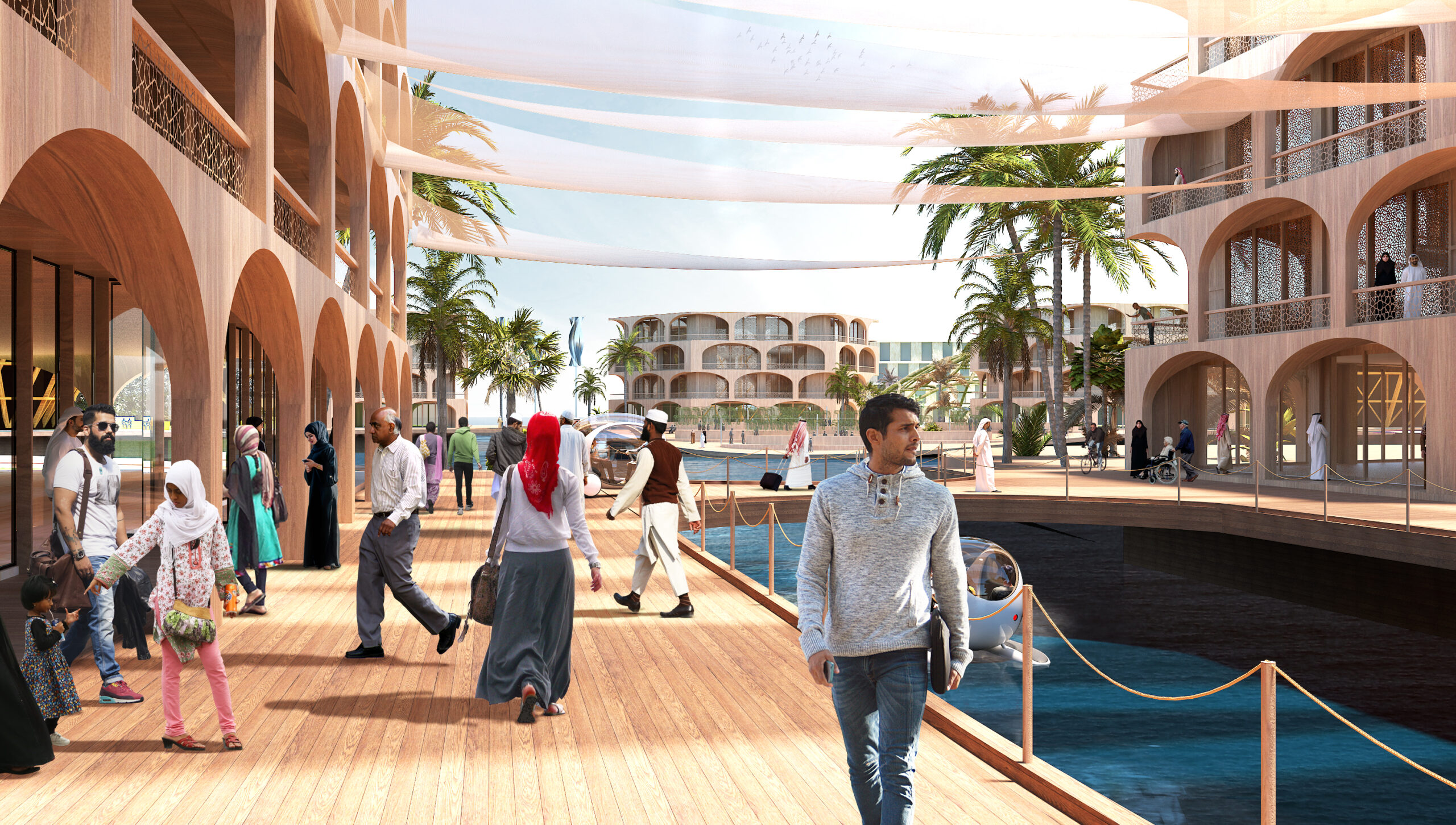 These interconnected systems will generate 100 per cent of the city’s energy through floating and rooftop photovoltaic panels. Each neighbourhood will also treat and replenish its own water, reduce and recycle resources, and provide innovative urban agriculture – the floating platforms also have outposts and greenhouses.

Bjarke Ingels, founder and creative director, BIG-Bjarke Ingels Group, said: “Oceanix’s modular maritime neighbourhood will be a prototype for sustainable and resilient cities. As our first manifestation of this new form of waterborne urbanism, Oceanix Busan will expand the city’s unique character and culture from dry land into the water around it.

“We believe Oceanix’s floating platforms can be developed at scale to serve as the foundations for future resilient communities in the most vulnerable coastal locations on the frontlines of climate change.”