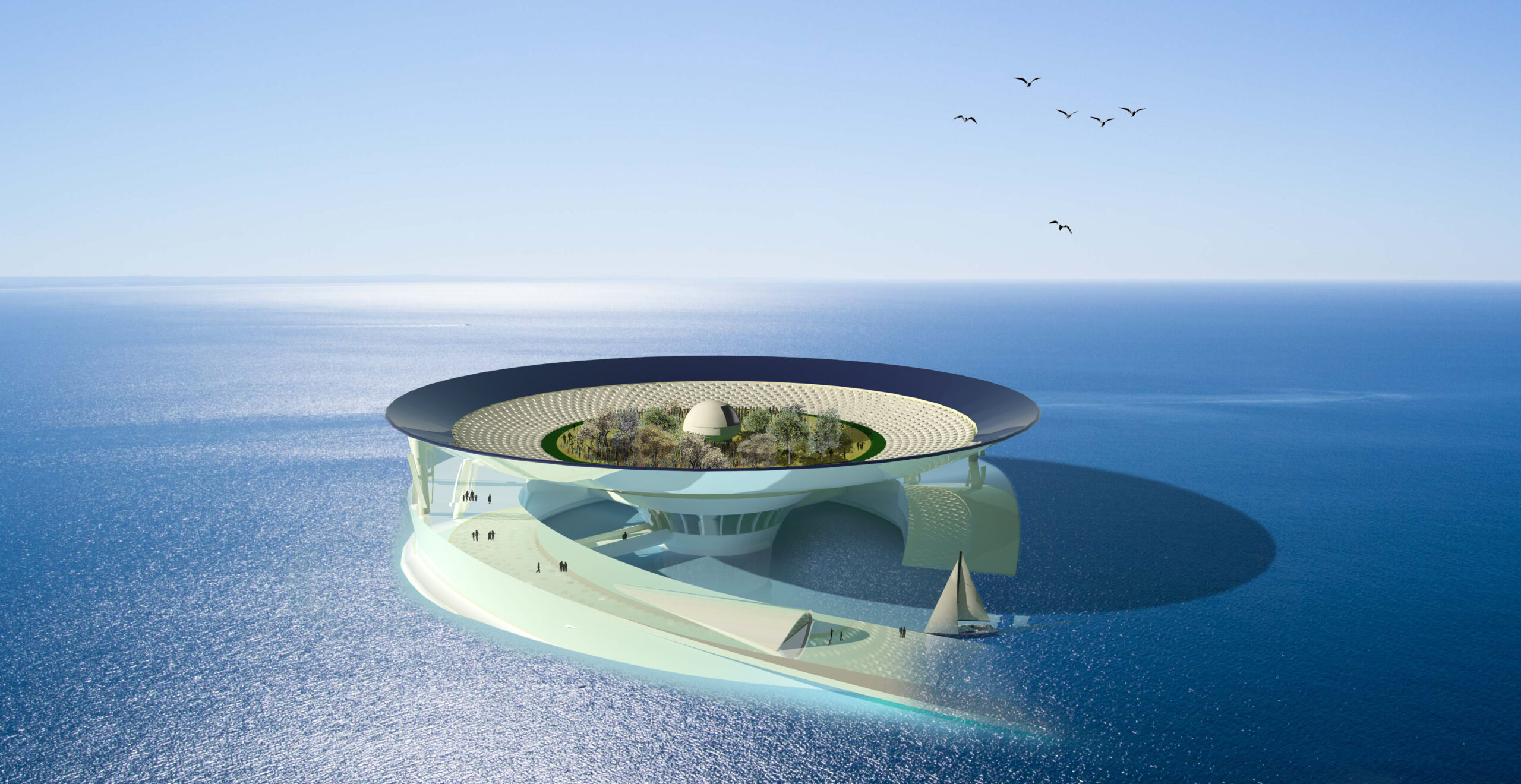 Designed in response to the climate crisis, SEA STEM is a vision of a self-sustaining utopia situated off the Mediterranean Coast. Rose Dykins reports

Architect Matthieu Collos has conjured up a blueprint for SEA STEM, a dome-like structure stationed 7.5 miles of the coast of the south of France, designed to foster self-sufficient living in the middle of the sea.

As the climate crisis progresses, nations all over the world are contending with rising sea levels and coastal erosion.

A keen advocate of circular architecture – where used construction products are regenerated, rather than wasted – Collos proposes that, instead of building dikes and seawalls, humans should consider an alternative, which would also ease the issue of high population density in the south of France.

SEA STEM would be the first circular economic development project in the southern French region of Occitania  – which has experienced a dramatic coastal recession of 250 hectares over the past 55 years. 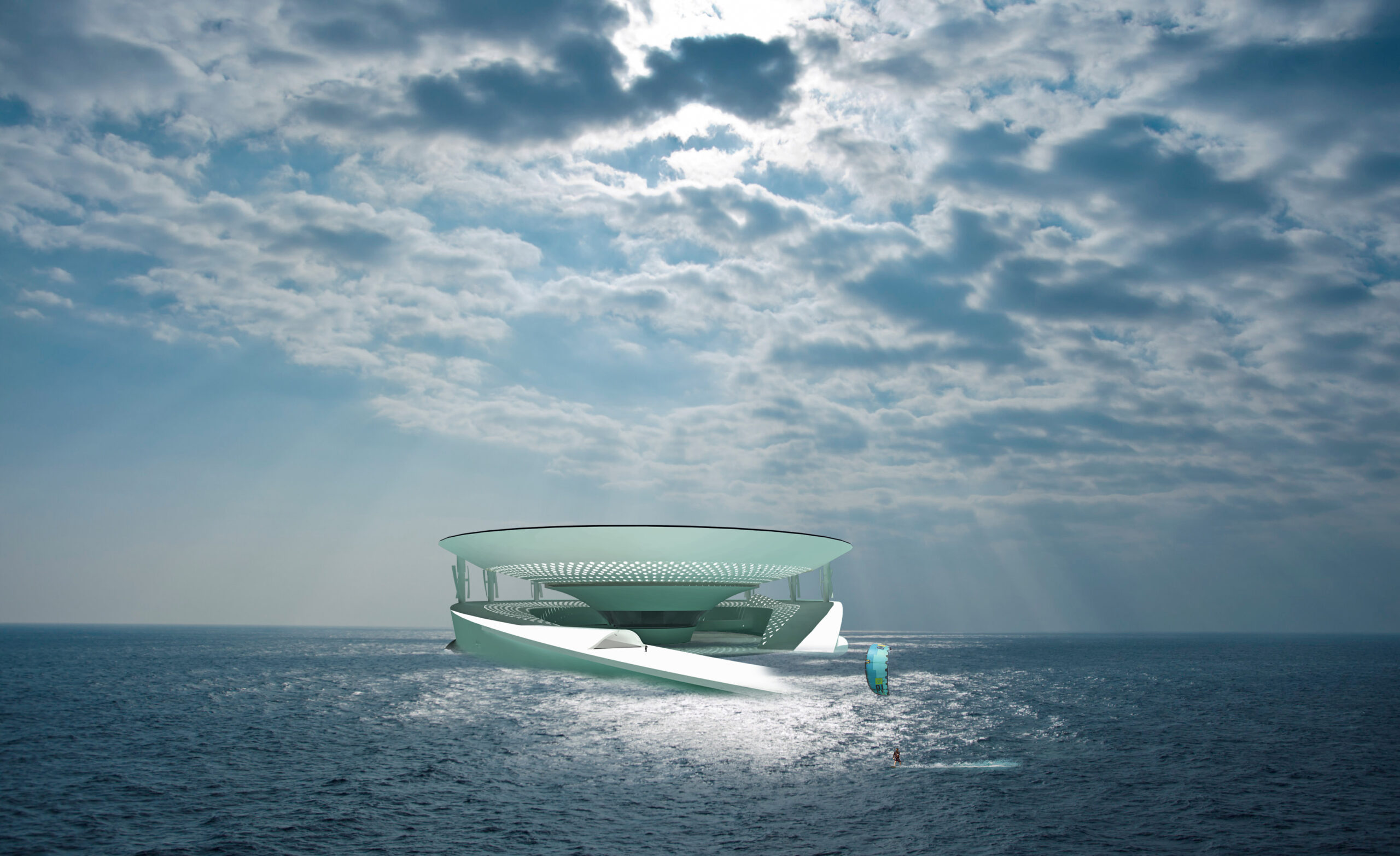 By harnessing solar, wind and wave power, SEA STEM would be an autonomous mobile habitat that’s powered entirely by renewable energy. (Globetrender predicts that it would also make an incredible floating hotel.) 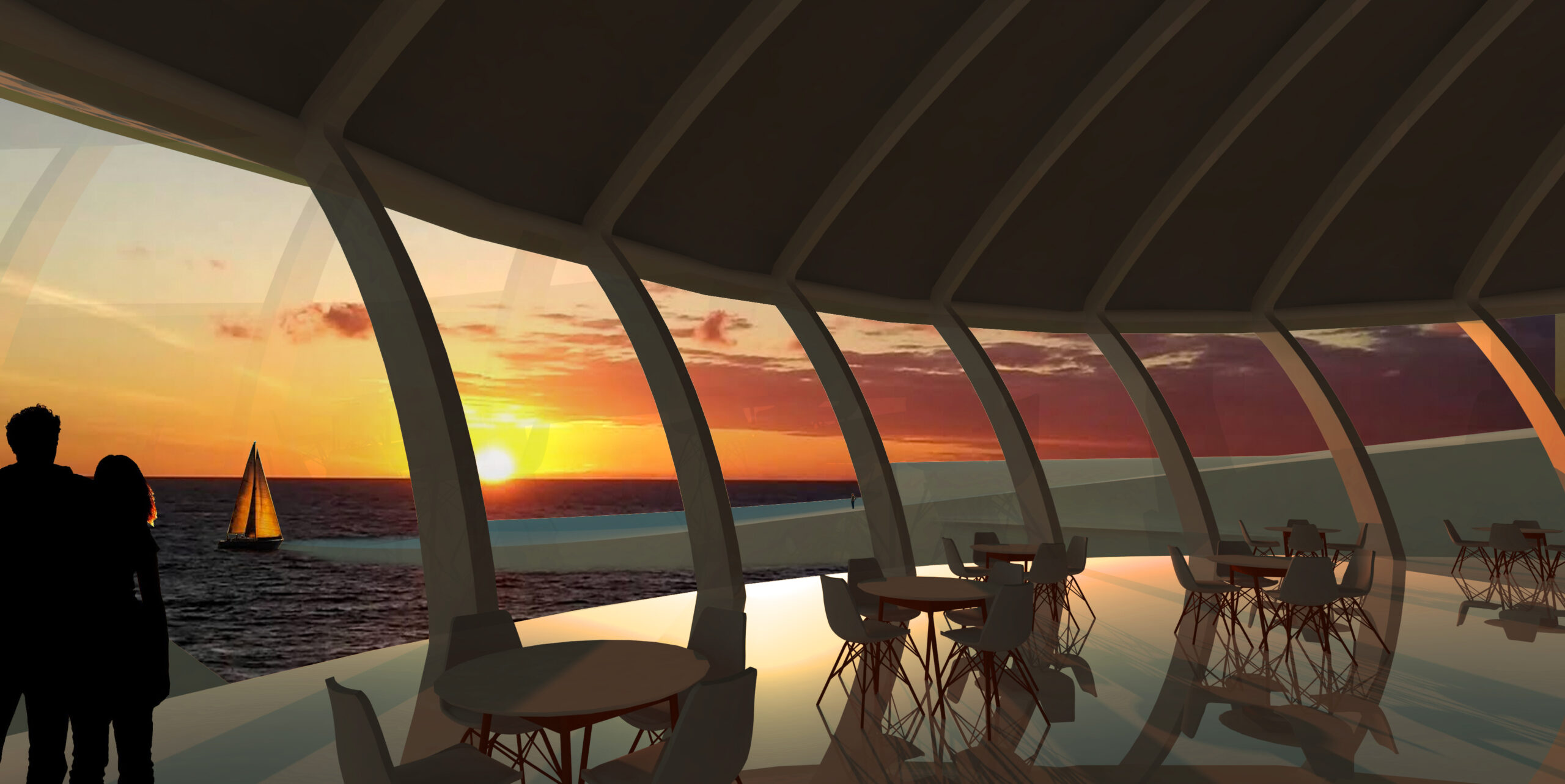 Its waste management system will be 100 per cent self-sufficient, as will its water management – through rainwater harvesting and desalination – and its food production, where permaculture and aquaculture techniques will involve working with nature, rather than against it.

For example, the onboard restaurant would serve meals made exclusively with crops grown via aquaculture and in the dome’s permaculture garden – where visitors would be invited to join in and contribute to local food production. Any food waste would the be repurposed either for biomass energy production or for ground fertiliser.

Meanwhile, the dome’s habitat will help regenerate marine life thanks to its artificial underwater reef, set 50 metres below sea level.

What’s more, SEA STEM would be 100 per cent funded by a combination of eco-tourism and scientific research programmes. Just as its reef would be a site for marine biological study and protecting species, it would also serve to attract visitors keen to learn about local sealife.

Visitors would take part in kitesurfing and foiling, which would help collect environmental data via onboard sensors.

Scuba divers would be involved in helping to maintain the reef, and SEA STEM would also host think tanks and workshops to offer ideas for the dome’s future development.