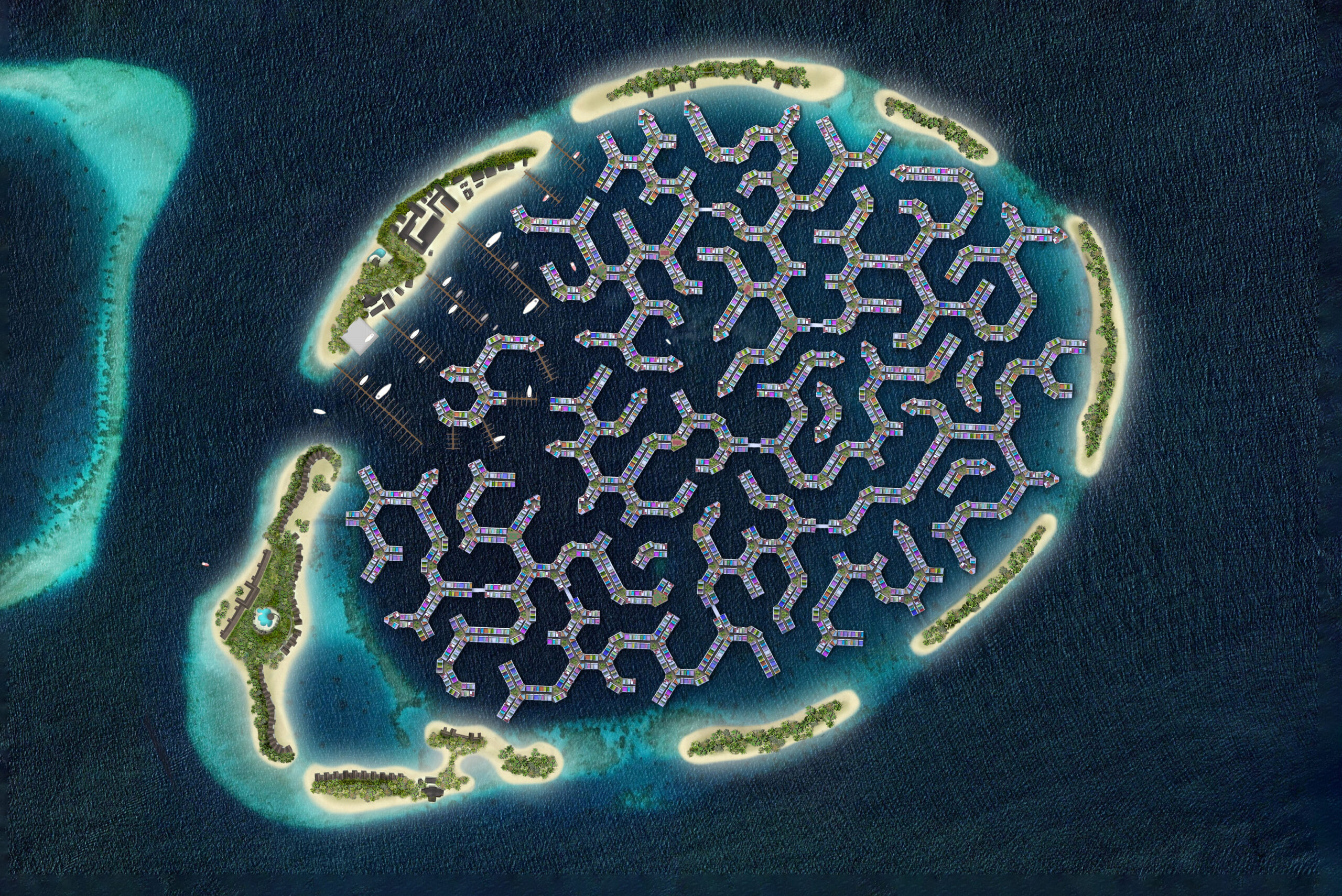 The Maldives is planning to build a floating city that will resist rising sea levels but will it be enough to save the country from disappearing under the waves? Jenny Southan reports

According to research from NASA and the US Geological Survey, at the current rate of global warming, almost 80 per cent of the Maldives could become uninhabitable by 2050. That’s only 28 years away.

With this in mind, it’s extraordinary that there is not more of a sense of urgency to combat climate change and safeguard the Maldives from rising sea levels. Human complacency is a strange thing. However, there are innovators out there who are working on contingency plans for the destination.

In this case, Netherlands-based company Dutch Docklands – which claims to be “worlds leading developer for floating cities” – is working with the Government of the Maldives to build a floating city that is set in a warm-water lagoon ten minutes by boat from the Maldivian capital, Male. 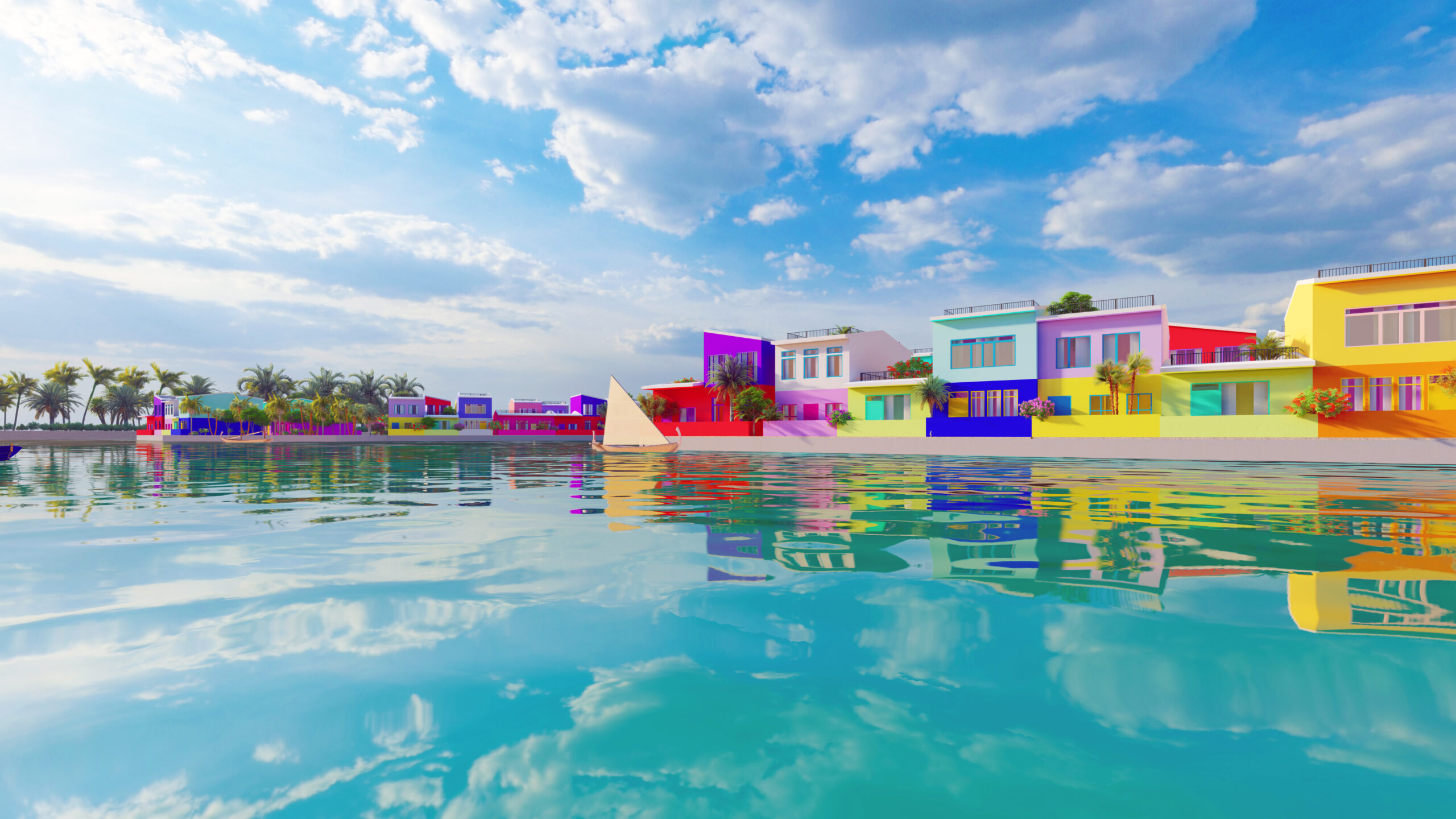 The Maldives Floating City (BFC) project is intended to be a blueprint for sustainable,scalable, commercially viable, floating real-estate. Dutch Docklands says it envisions it to take the form of “thousands of waterfront residences that float along a flexible, functional grid across a 200-hectare lagoon”.

Inspired by traditional Maldivian sea-faring culture and developed in close cooperation with Maldivian authorities, MFC homes will eventually be joined by hotels, restaurants, stylish boutiques and a “world-class” marina.

The city will be composed of hexagon-shaped segments modeled, in part, on the distinctive geometry of coral and connected to a ring of “lush barrier islands” that serve as wave breakers. Sandy beaches will also help stabilise and protect key structures within the lagoon.

All MFC buildings will be low-rise and facing the sea – with shops, homes and services precisely positioned along tidy palm-lined streets. A network of bridges, canals and docks will give MFC an “overall sense of cohesiveness and facilitate easy access to its wide-ranging amenities”. 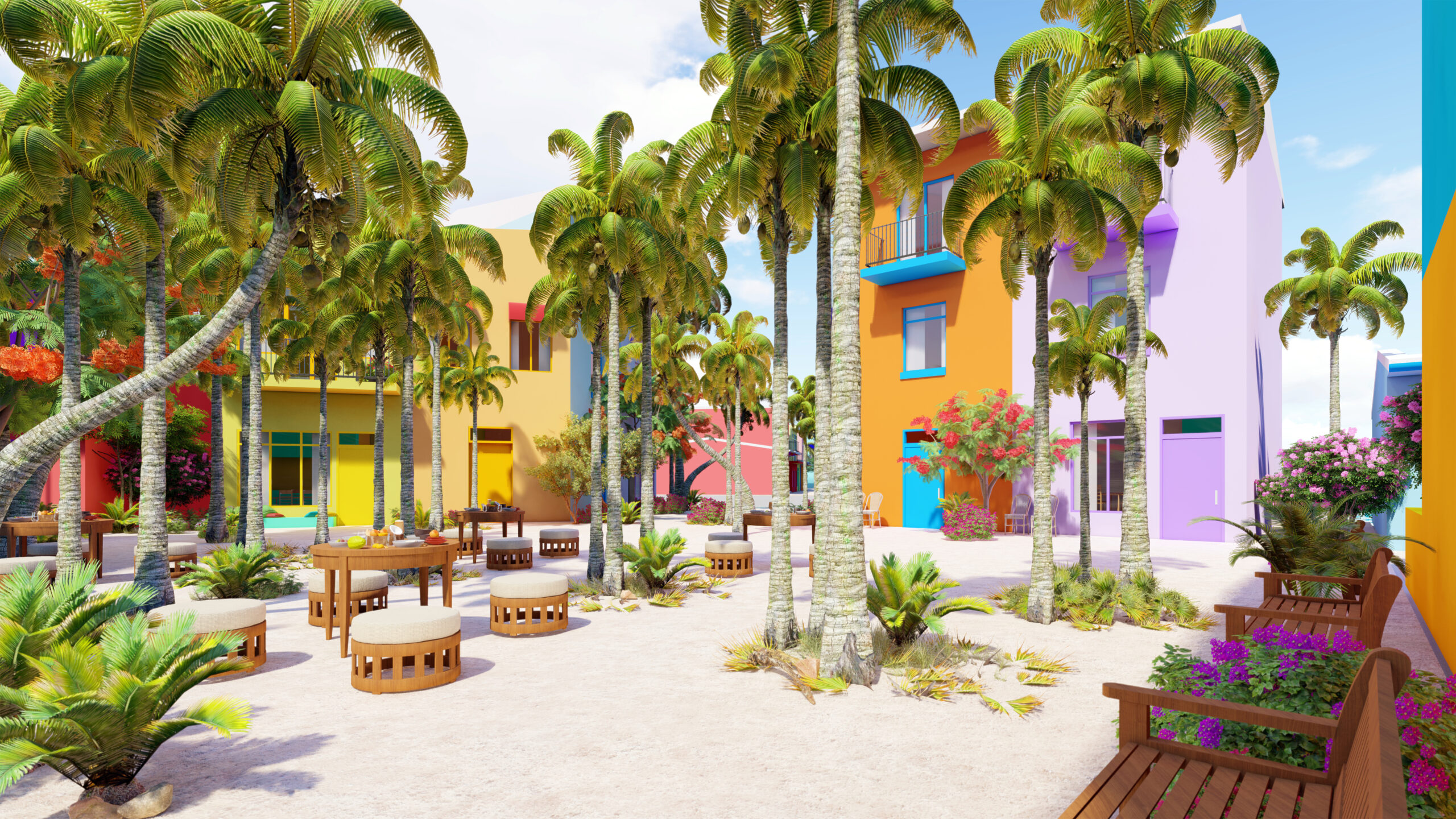 Although Dutch Docklands claims that the Maldives Floating City will be the “first of its kind across the globe – developed to equally embrace sustainability and livability”, Oceanix is also planning to build a floating eco city off the coast of Busan in South Korea.

Dutch Docklands adds: “By partnering with the Government of the Maldives, MFC not only offers the most ambitious architectural planning available, but also a world-class ownership structure that is transparent, value-driven and legally-binding.

“Backed by government-issued titles and deeds, MFC owners have the security of a premium real estate asset that makes even the most diverse investment portfolio stand out. What’s more, MFC home-owners may also qualify for Maldivian residency permits, providing the eco-focused benefits of Maldivian living on a permanent or semi-permanent basis.” 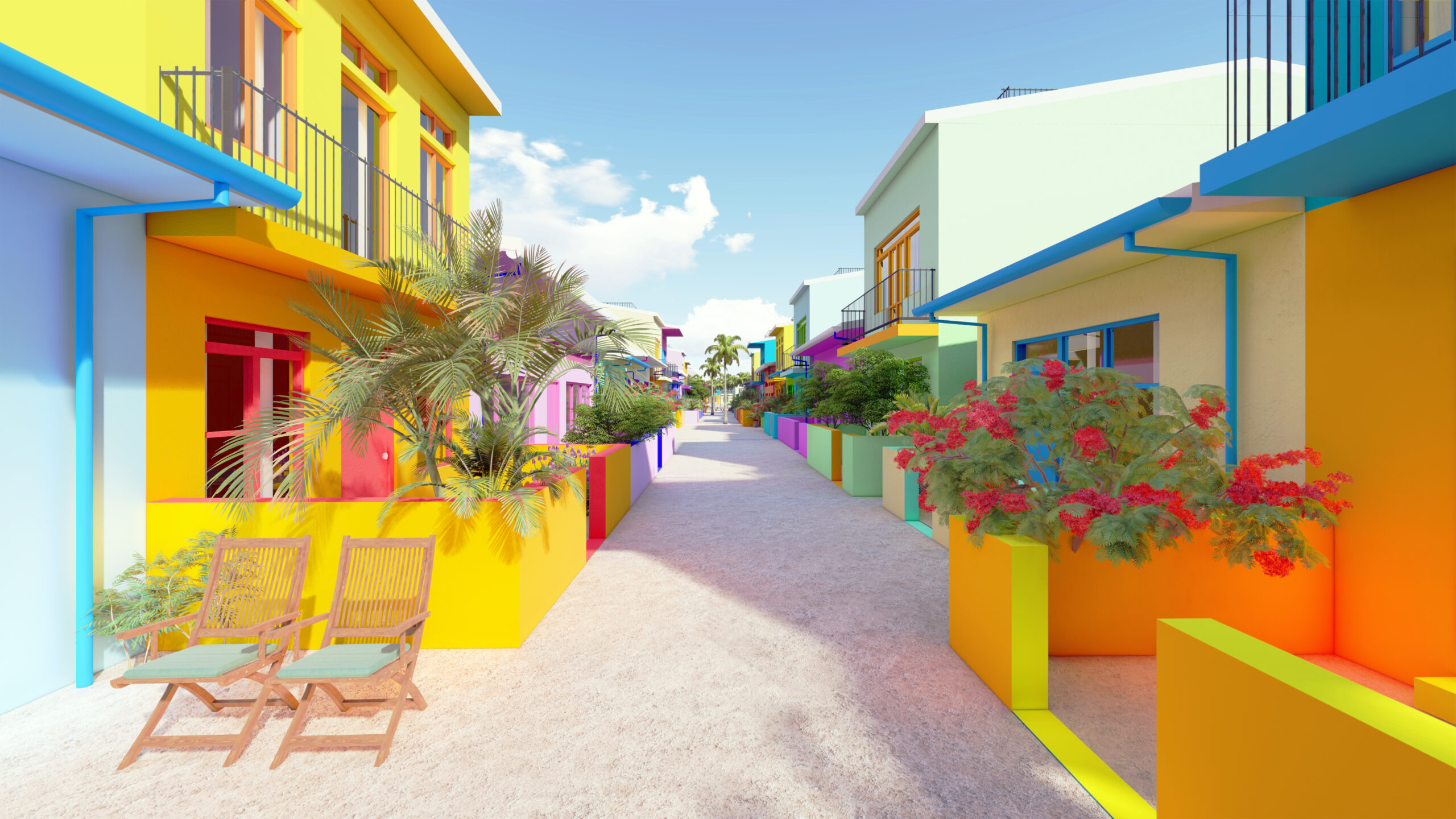 Mohamed Nasheed, former president of the Maldives, says: “Maldives Floating City does not require any land reclamation, therefore has a minimal impact on the coral reefs. What’s more, giant, new reefs will be grown to act as water breakers.

“Our adaption to climate change mustn’t destroy nature but work with it, as the Maldives Floating City proposes. In the Maldives we cannot stop the waves, but we can rise with them.” 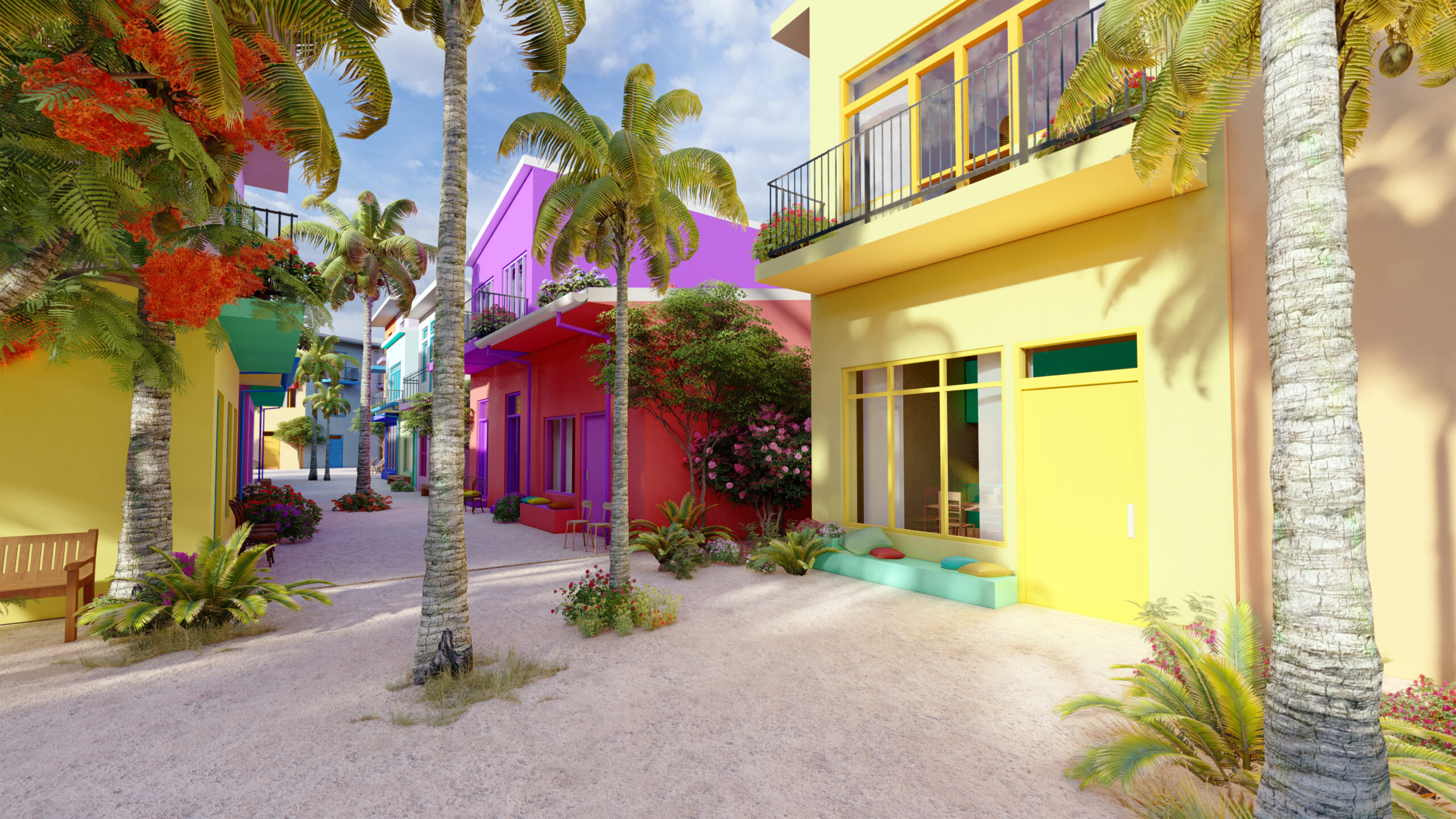 “MFC will be a fully mixed-use community, with the widest range of both everyday and luxury necessities at hand,” says Dutch Docklands. “And with its easy access to Male International Airport, MFC will be directly connected to most major airlines and global capitals.”

Now nearing the end of its planning stages, MFC will commence construction in 2022 and be completed in phases over the next half decade. Once fully realised, a hospital, school and government building will complement the project’s commercial and residential structures.

The question is – will local Madivian fishing families really be able to afford to buy a home there when the average monthly salary is US$650? Or will it just be for the wealthy? What will happen to these people when they are displaced by rising sea levels?