The hip Nomad hotel is London’s latest hotspot, situated inside a former courthouse complete with an avant-garde art collection, a destination restaurant and its own police cells. Olivia Palamountain reports

New York’s iconic Nomad hotel landed in the capital in May 2021, bringing its blend of Manhattan charm and playful spirit to Covent Garden in the shell of a Grade II-listed former magistrates’ court and police station.

The Edwardian building has undergone an impressive transformation courtesy of New York-based Sydell Group. And the timing feels right, as hedonism makes its return for a post-lockdown summer of celebration, with social distancing and mask wearing rules set to be relaxed in the UK.

Founder Andrew Zobler has a knack for breathing new life into historic buildings (he also partnered with Ron Burkle and Soho House to open the Ned in the City’s old Midland Bank building) and no expense or thought has been spared on what is Nomad’s first international foray. 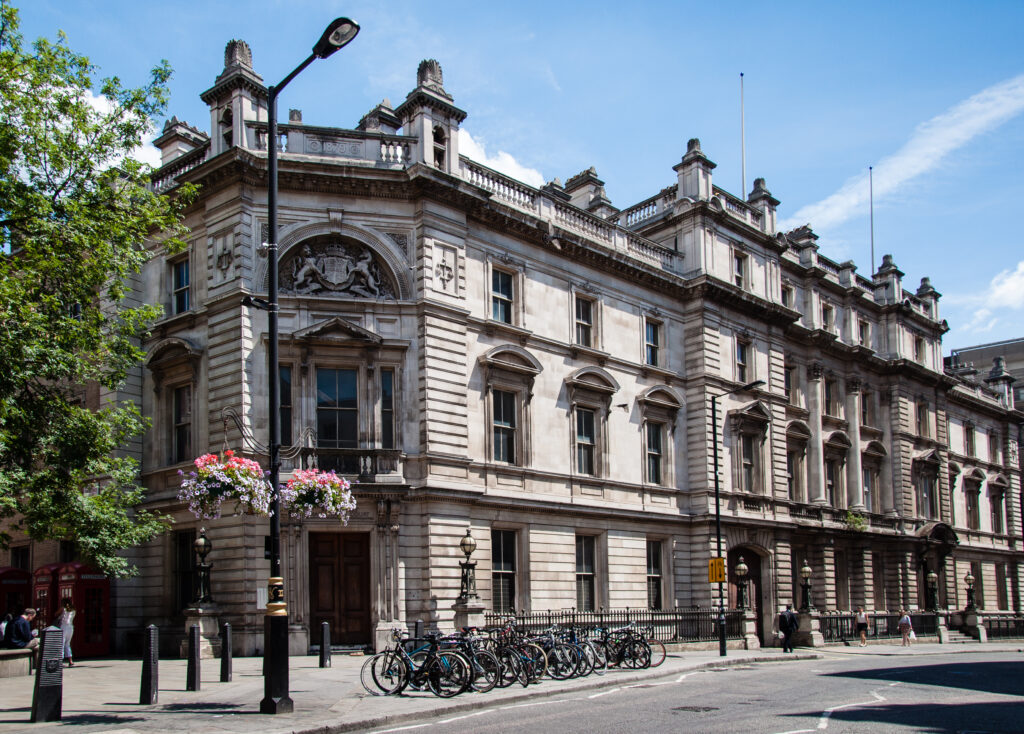 The 91-room property includes 21 suites across seven categories. Entry-level Classic rooms are 23 sqm and include a king-size bed, vanity table and walk-in shower. Rates start at £455 per night. 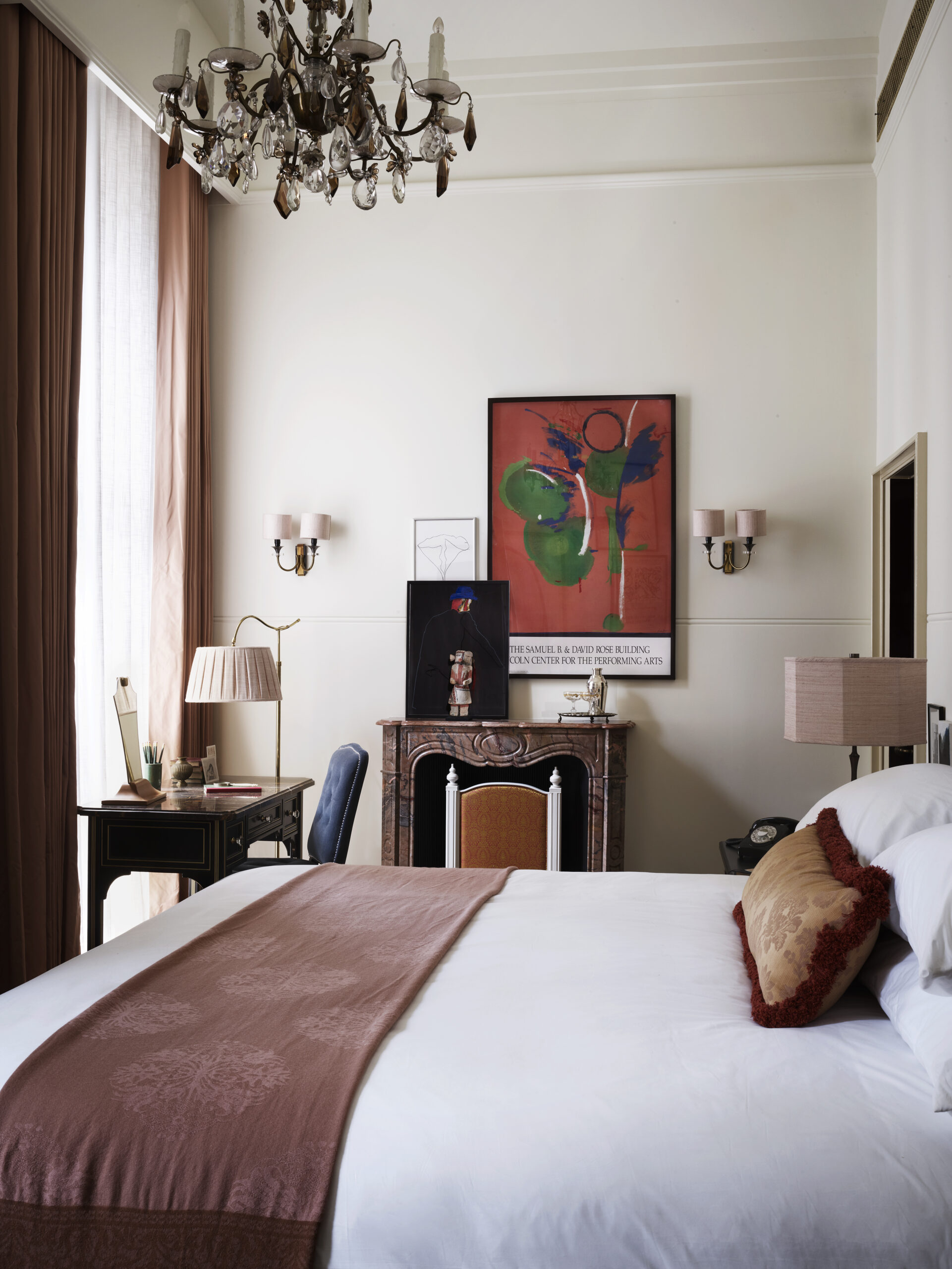 Globetrender observes that they are distinctly homely, in a regal (but certainly not fusty) kind of way. The trend for minimalism in on the way out, we anticipate. 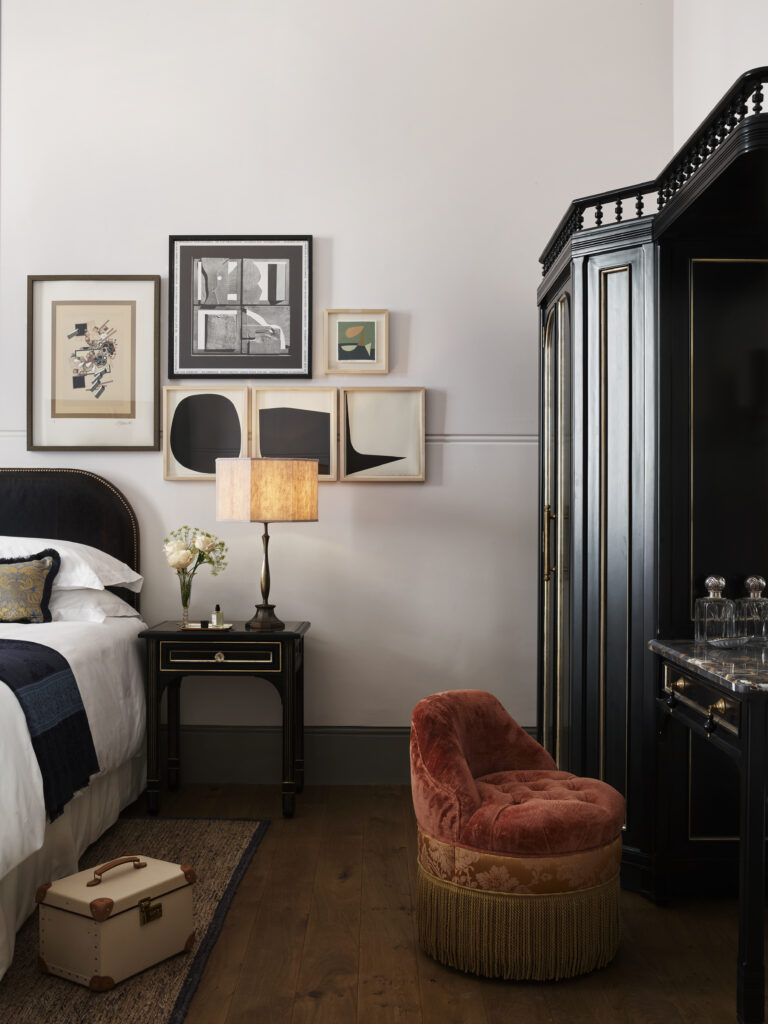 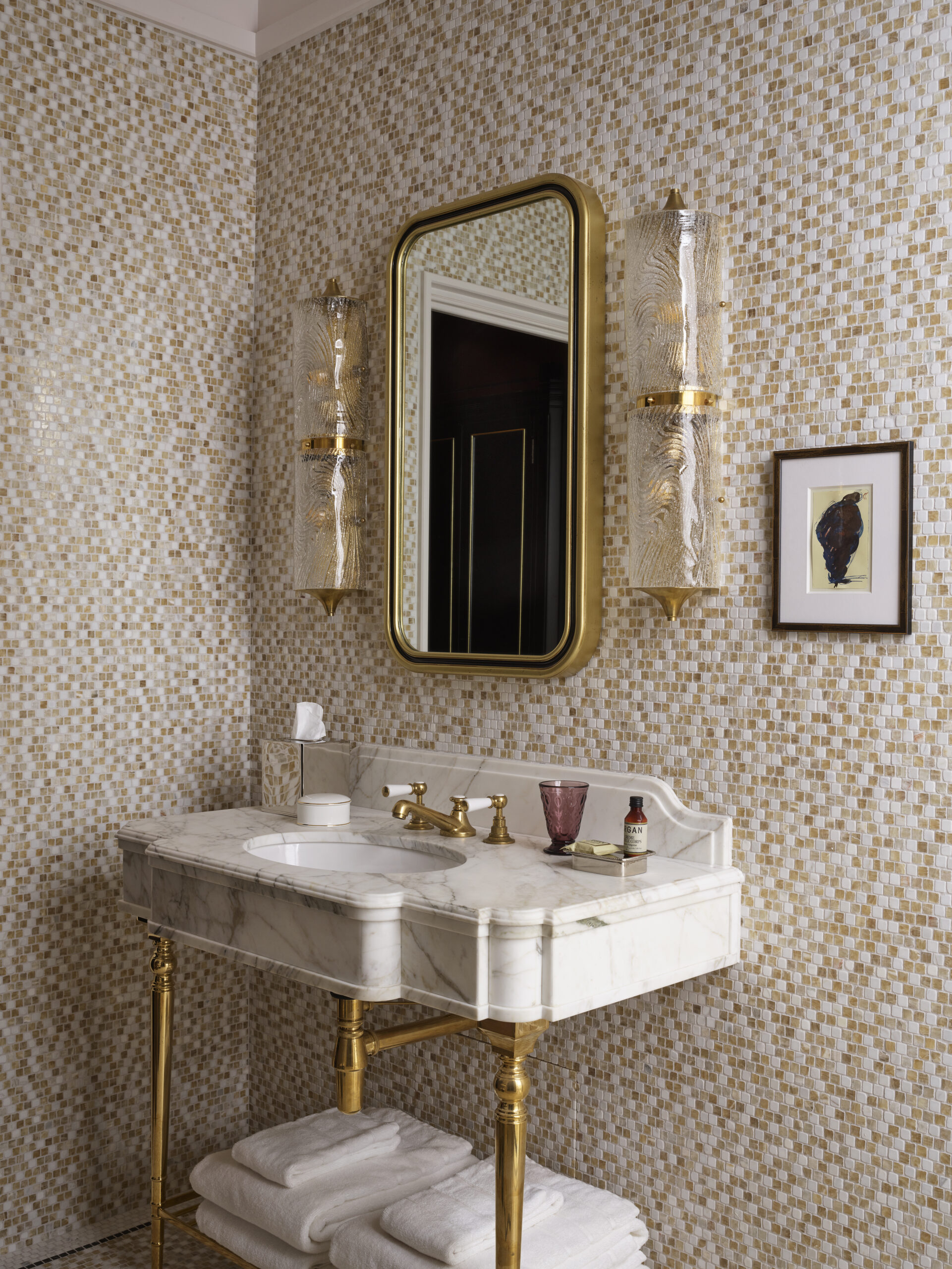 Rooms aside, Nomad also offers interesting and elegant spaces for events and private dining, showcasing the bones of the original building to its best advantage. 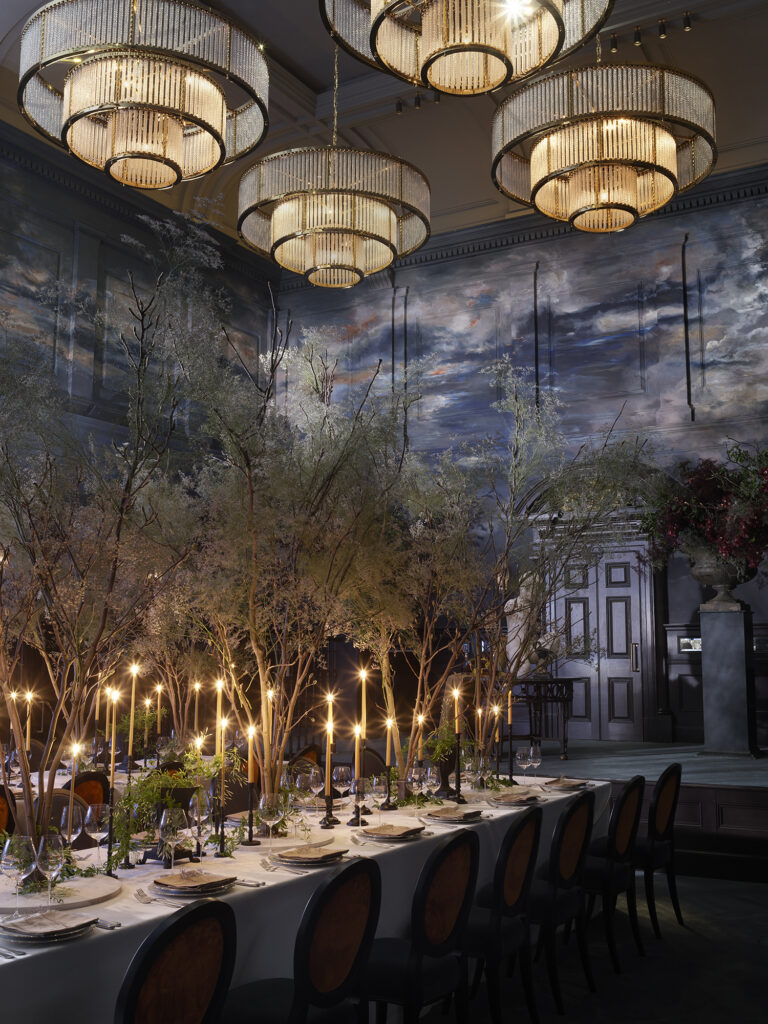 The original magistrates’ courtroom, for example, has been re-imagined as a ballroom with two adjacent private dining rooms, a separate bar, and a dedicated entrance from the street via the original courtroom. 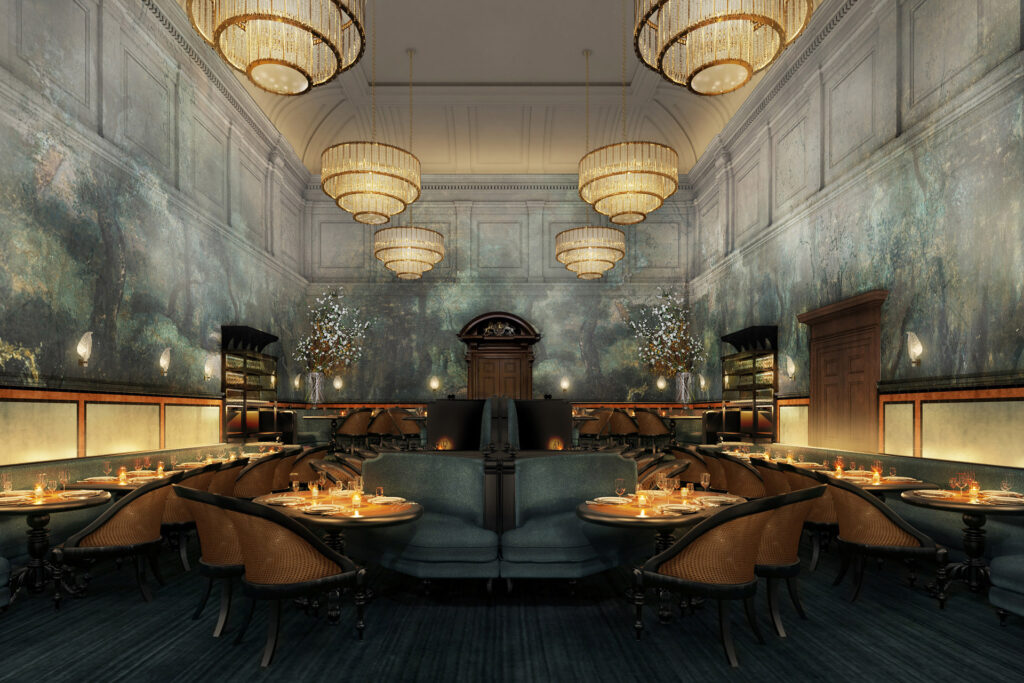 Nomad’s lavish interiors have been designed in collaboration with New York-based interior design studio, Roman and Williams, with a narrative that connects with both sides of the pond in an homage to both the brand’s NYC roots and its new West End location. 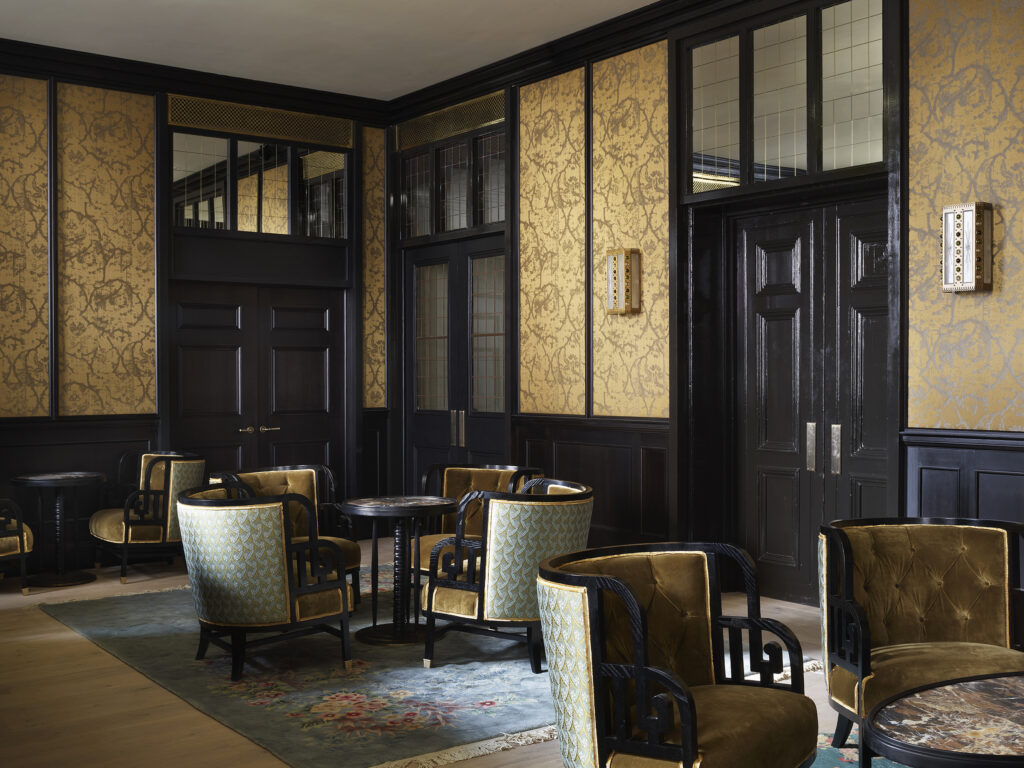 This vision comes together through richly textured fabrics, woodwork details and ethereal murals that inject sensuality and glamour into the tough architecture of this grand former clink.

On the walls, a curation of some 1,600 collected and commissioned works by a variety of British and international artists that celebrate the influence of post-war American art and the European avant-garde adds the final flourish. 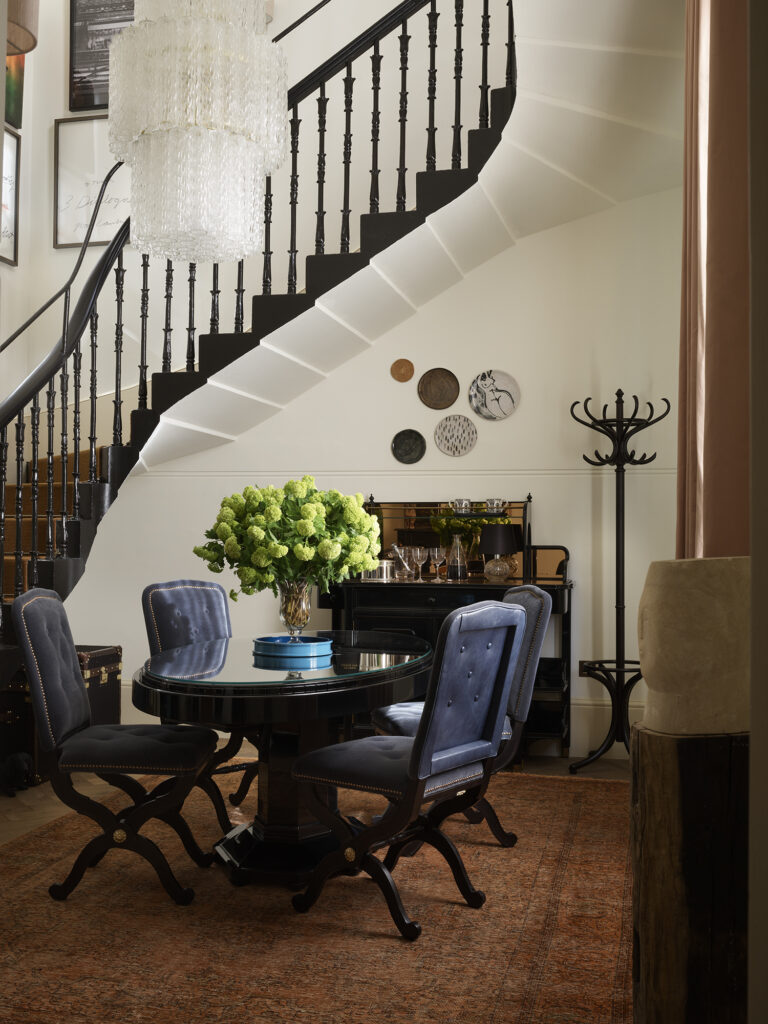 Stephen Alesch, co-founder of Roman and Williams, says: “With all our projects we want people to feel comfortable and curious. On a journey of discovery that is familiar even if it’s from a dream they may have had.

“The Nomad is meant to be beautiful, bohemian and evocative all at once. The building is so powerful and remarkable that you are embraced by its strength, while the rich and textured interiors balance the bones.

“There is a tension between this muscularity and softness that creates a powerful narrative for the guest. There are many stories to discover and hopefully to create.” 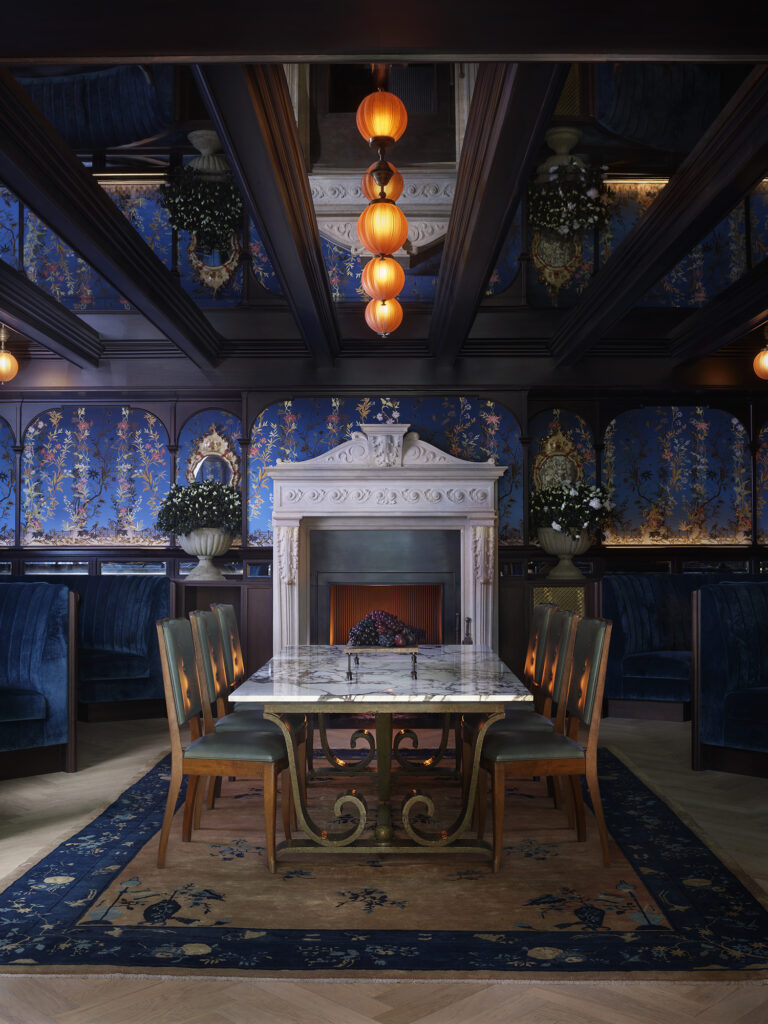 Robin Standefer, co-founder of Roman and Williams, says: “The spirit of the London Nomad is collected and fundamentally residential. It embraces a New Romanticism that has a powerful contrast with the grit and strength of the courthouse”

A true destination venue, the hotel is centred around several exquisite dining and drinking spaces as is the Nomad tradition. 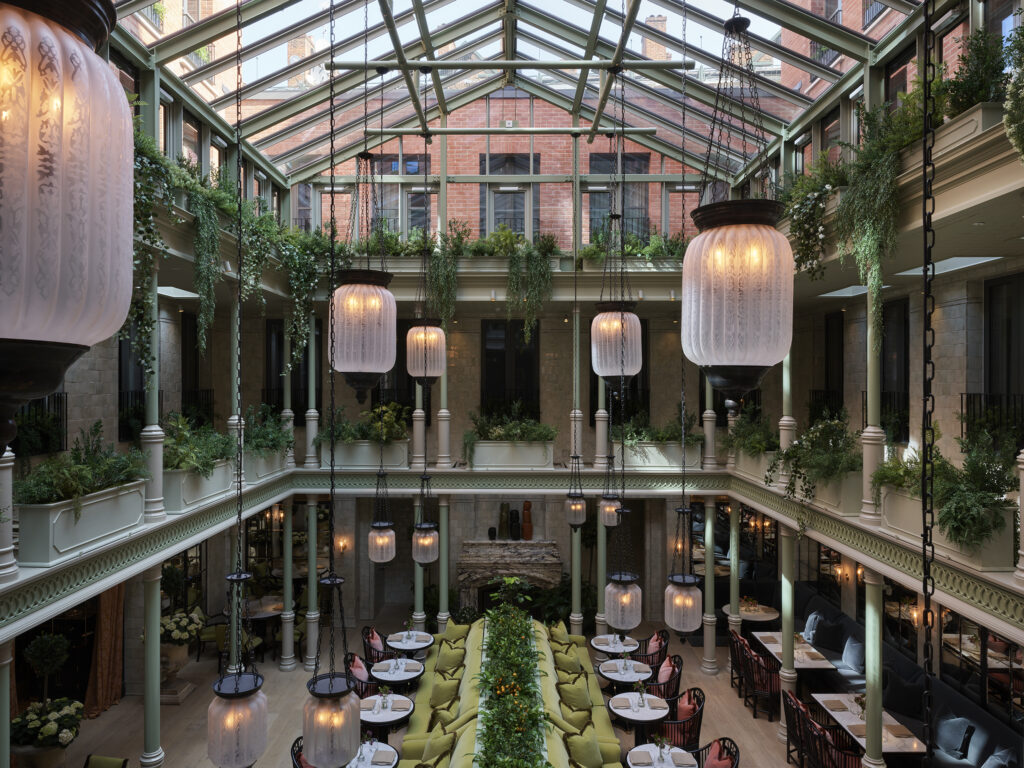 The heart of the hotel is the Nomad restaurant, a glorious light-filled atrium dripping in greenery and plants that serves up eclectic modern dishes from executive chef Ashley Abodeely. 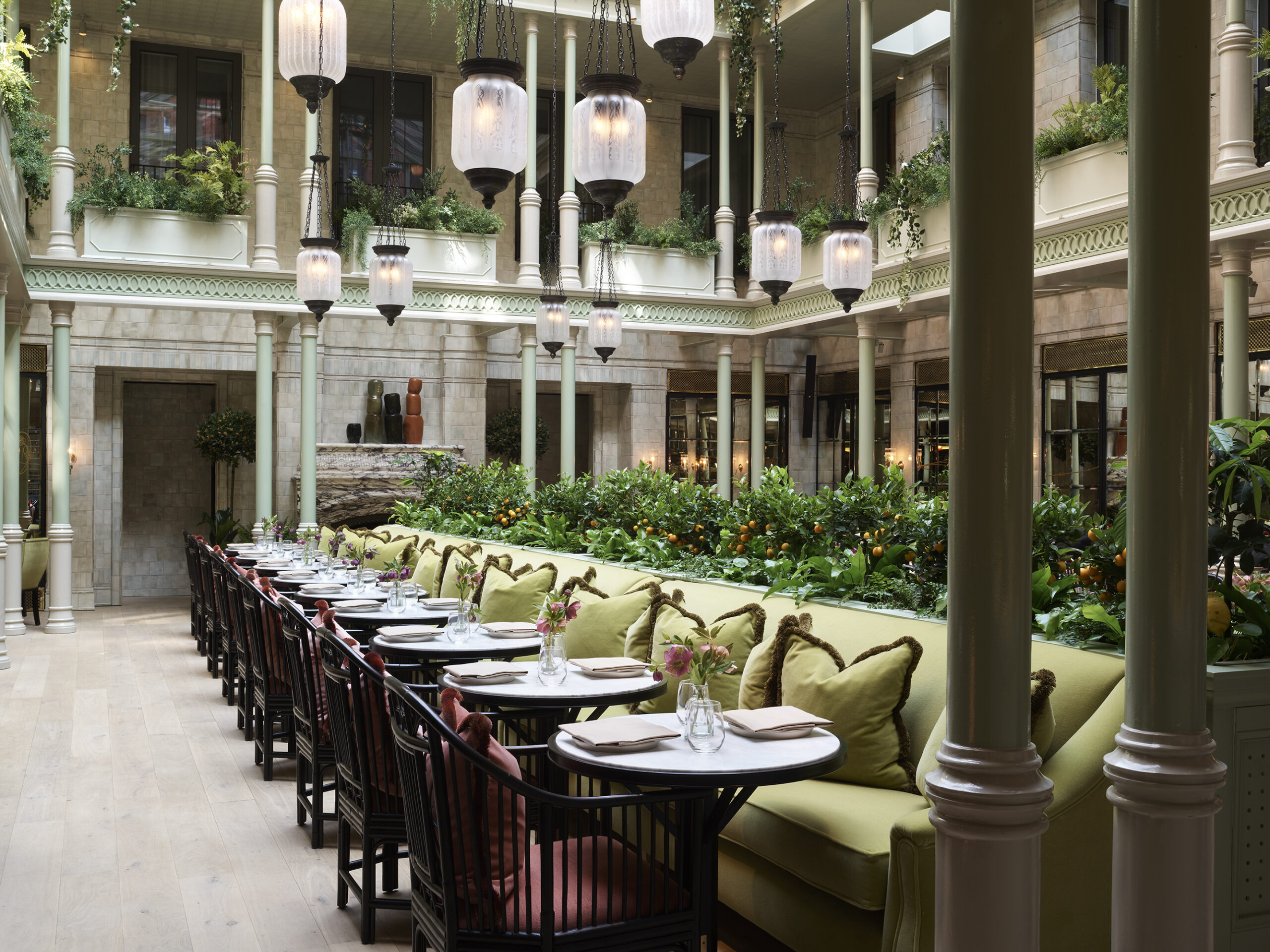 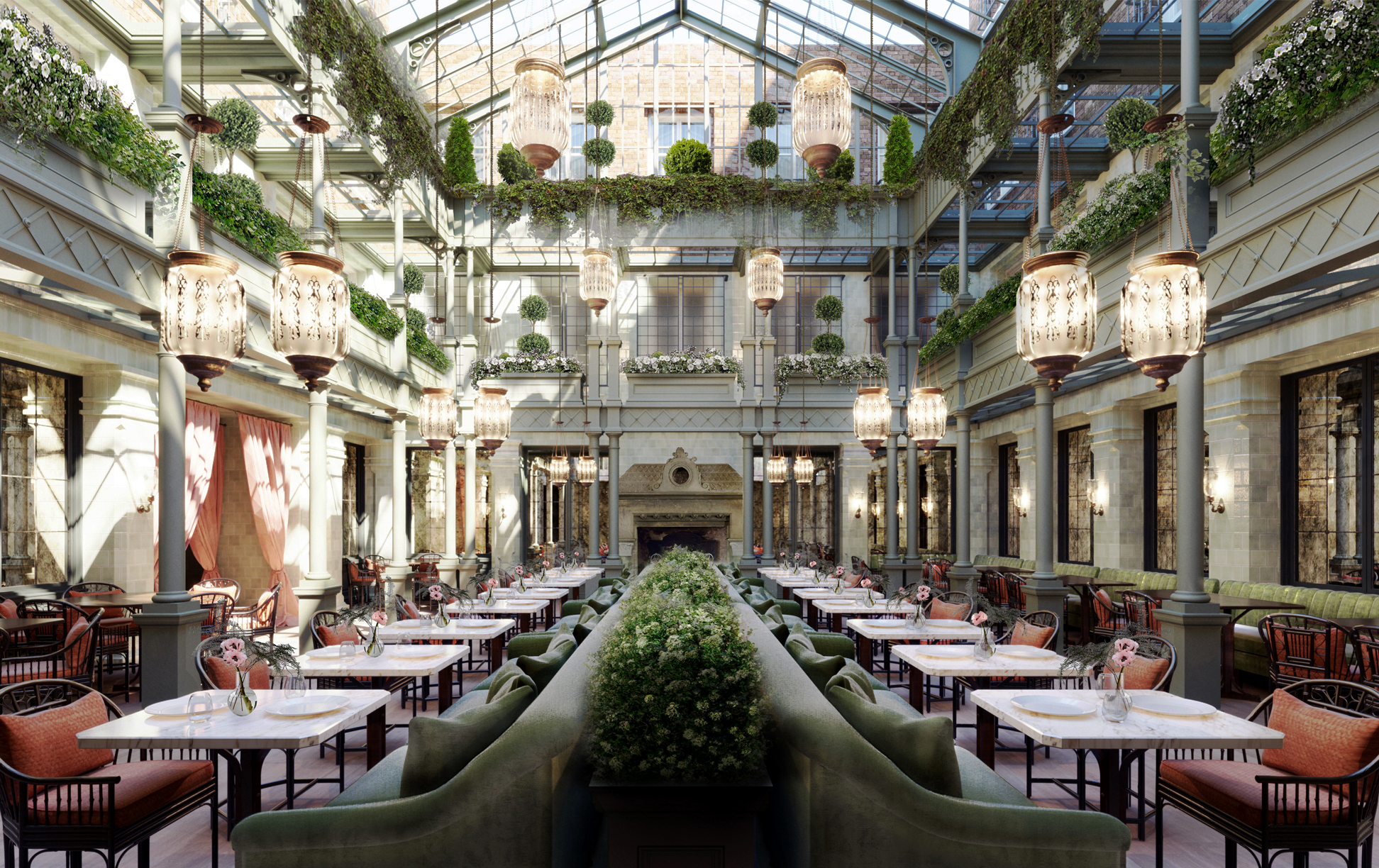 A riot of decadence that echoes the NYC flagship, platters of fruits de mer and caviar served with bonito cream, sit alongside the likes of venison tartare with fermented currents and cauliflower roasted with vadouvan, figs and almond. 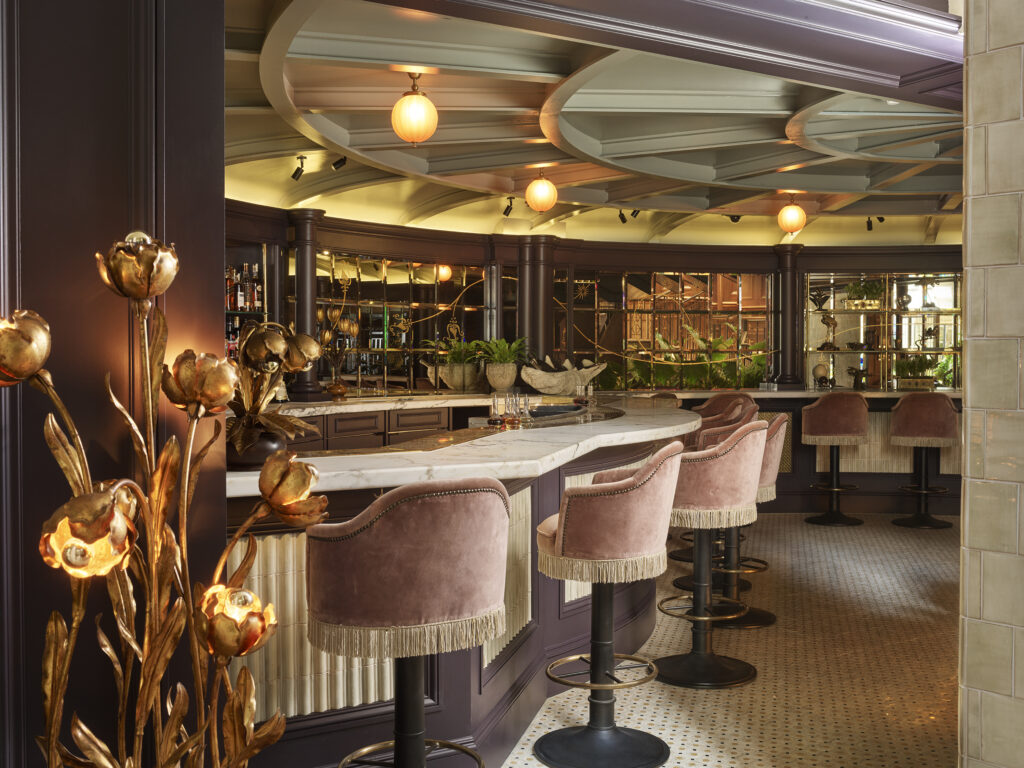 The London signature eating experience is the Nomad chicken dinner featuring the Egg, served with mushroom custard and chives, the Chicken, a brioche-stuffed bird with lemon and Parmesan and the Pudding – a peach sundae with vanilla custard and honey oat shortbread.

The bar sounds damn fine too. A British pub with a decidedly New York sensibility, Side Hustle pairs Mexican sharing plates with an agave-based list of spirits and cocktails created by mixologist Leo Robitschek and the award-winning Nomad Bar team. 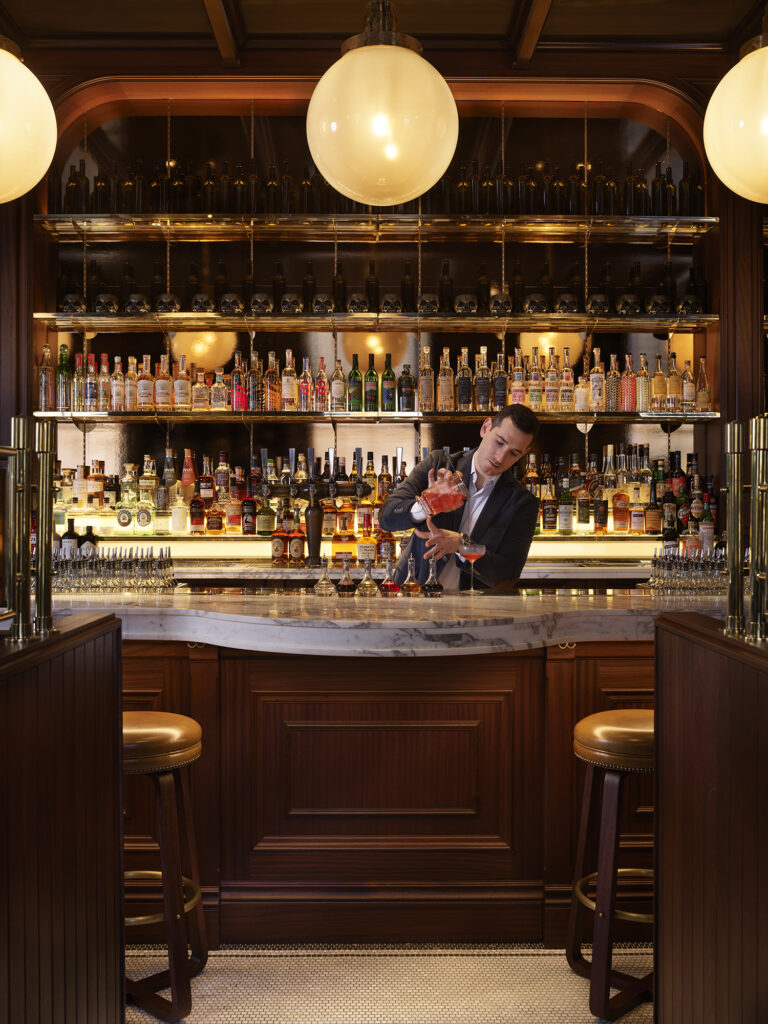 Well-behaved guests are invited to withdraw to the Library, a contemplative space surrounded by books that serves light fare, coffee, tea, and cocktails, meanwhile, naughty ones should make a beeline to Common Decency, a subterranean lounge, styled as an East London hipster craft cocktail bar (no doubt at West End prices) where things are likely to get raucous. 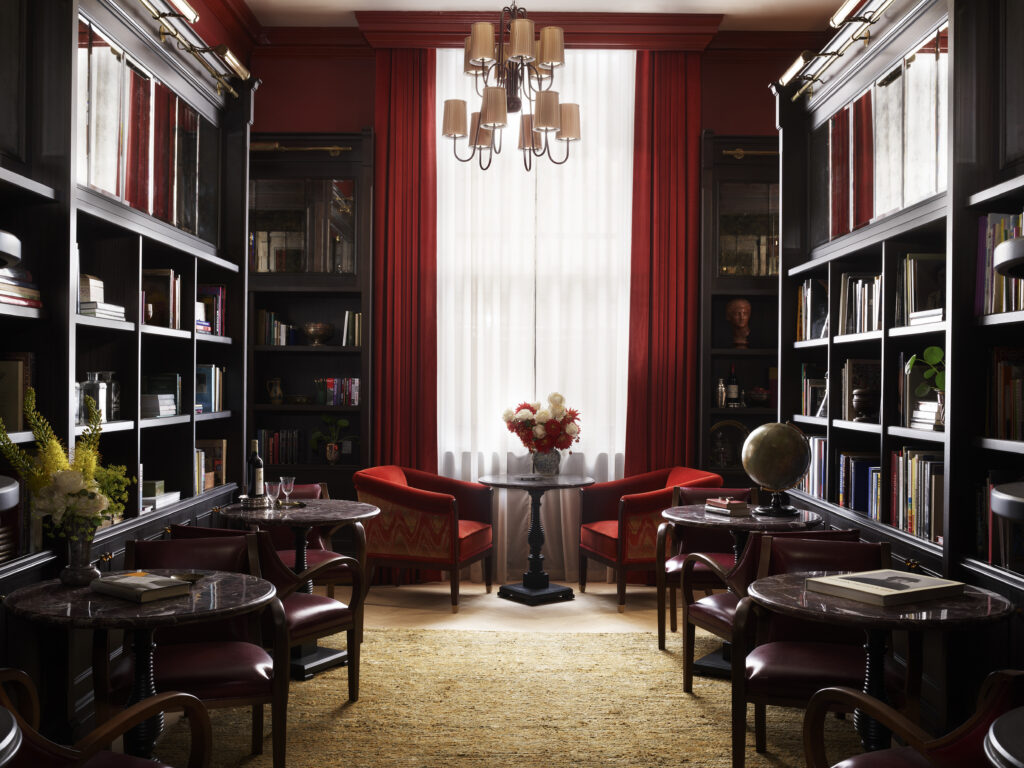 There’s even an in-hotel museum, the Bow Street Police Museum, which tells the story of the building’s colourful past, a time when guests were called inmates and the bill was settled by Her Majesty.

Hospitality venues taking over grand old Edwardian buildings and courthouses seems to be a bit of trend, in London at least.

Aside from the aforementioned Ned, there’s the Courthouse Hotel in central London, the Townhall Hotel in Bethnal Green and the Dixon, a former magistrate’s courthouse built in 1905 and repurposed as a hotel in 2019. Read Globetrender’s review of The Dixon’s “work from hotel” package here.