As travellers become more conscious not only about their own health but the effect travel has on the planet, a new hotel brand called Inhabit has opened a property in London that has banned all single-use plastics, sells food at half price at the end of the day, has meditation booths and anti-pollution air filtration systems.

Set across six Georgian townhouses in Paddington, the hotel combines “Scandinavian design with traditional British heritage and touches of Eastern flair”. Designed by architects Holland Harvey and interior designer Caitlin Henderson Design, the idea is that the Inhabit will “encourage peace of mind”. 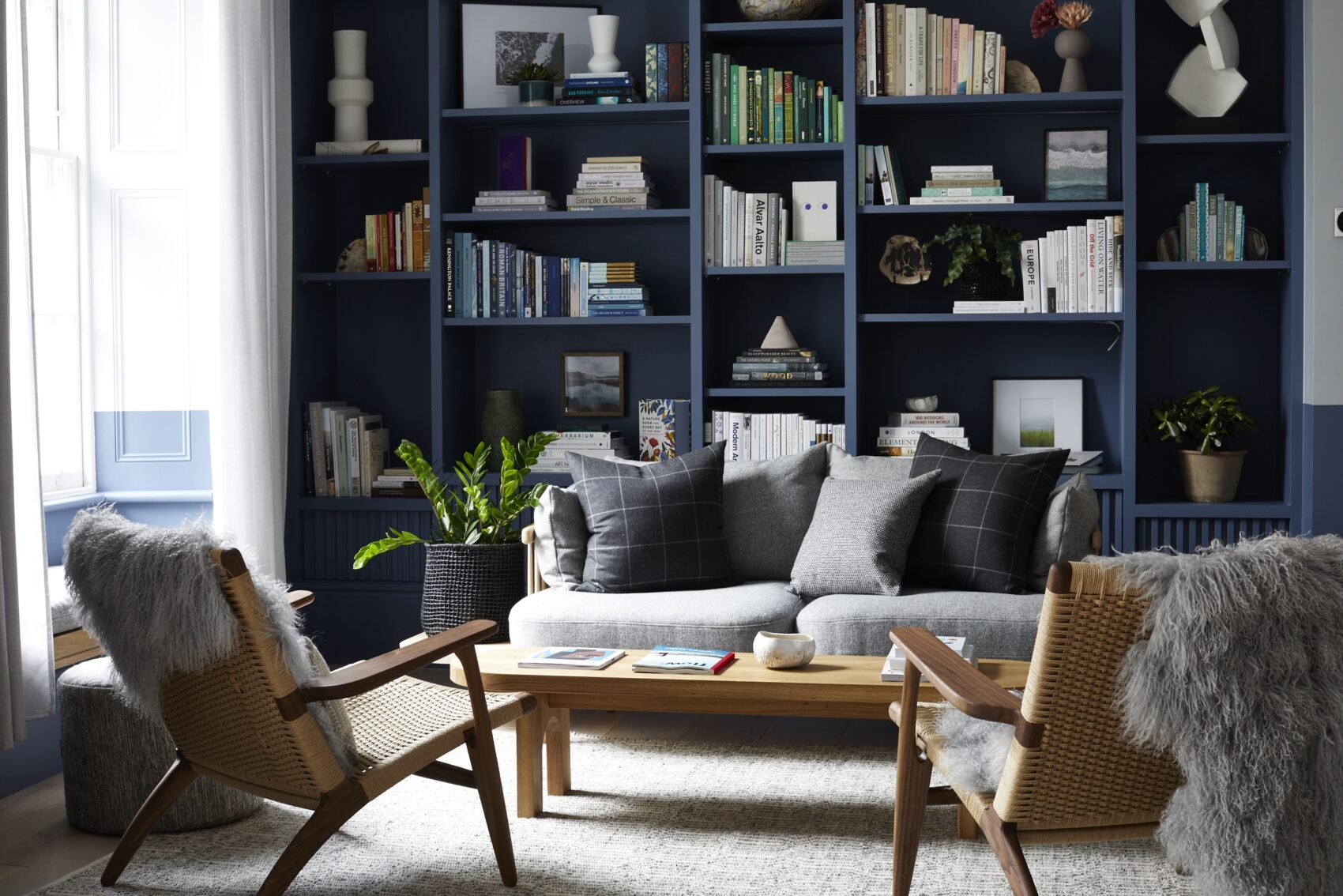 With prices from £180 a night, there are 89 rooms over five categories, the largest of which can fit a family of three or four.

Beds are topped with eco-friendly VOC-free mattresses from Casper made of organic wool and cotton, while bathrooms are stocked with magnesium- and kelp-rich products from Ren, which use sustainably sourced, bio-active ingredients. 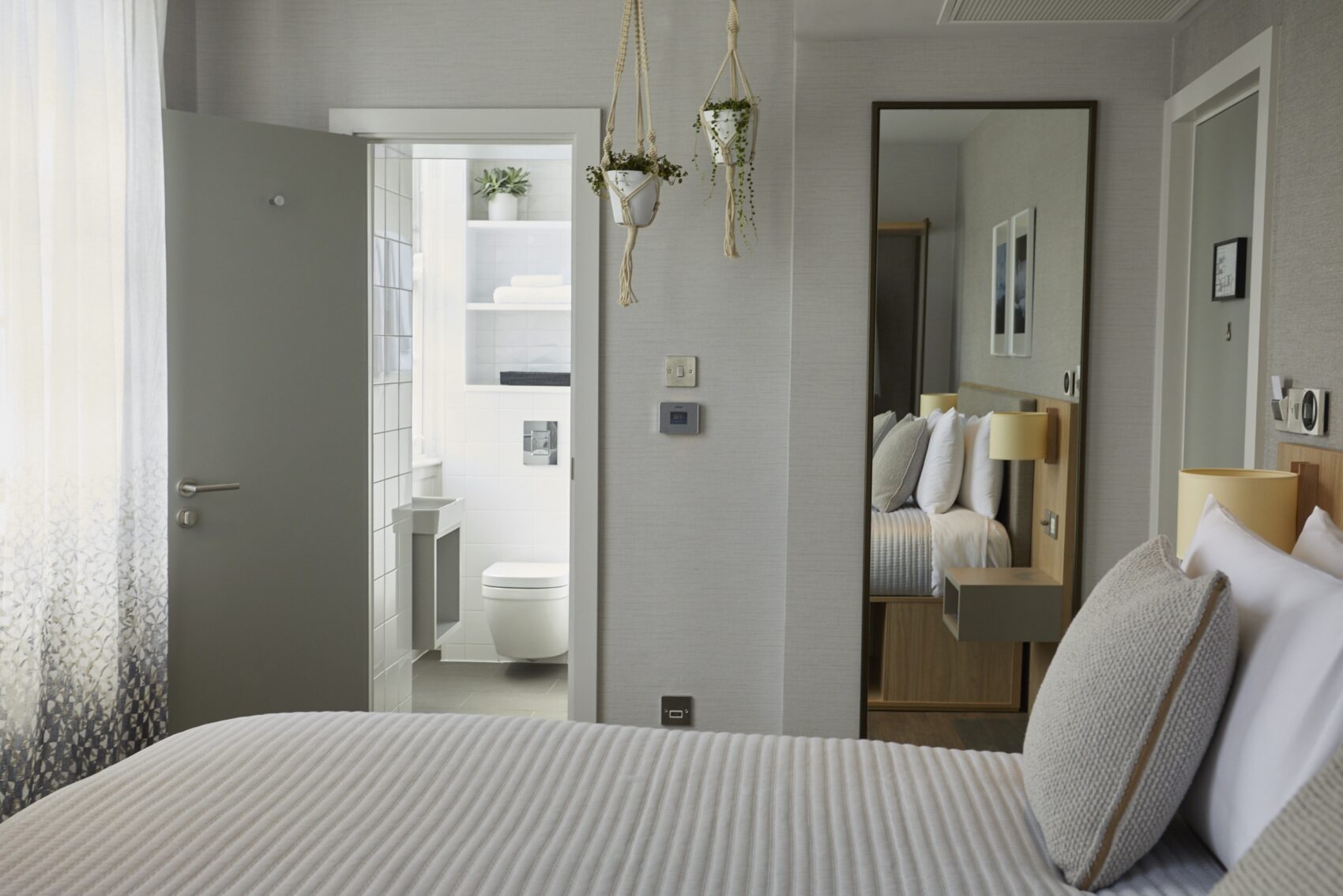 Eco-friendly air filtration systems from Airlabs have been installed in the public areas, and there are Belu still and sparkling filtered water systems on each floor so guests don’t have to buy plastic bottles of mineral water.

In reception, there is a meditation pod where people can experience five- to six-minute-long guided sessions from positive psychology coach Mercedes Sieff, founder of Devon-based healthy lifestyle retreat Yeotown.

Yeotown is also responsible for the nutritious food and drink served in the hotel’s cafe, which focuses on plant-based cuisine. Instead of greasy fry-ups, breakfast consists of fresh fruit smoothies and granola fruit bowls.

By partnering with food-wastage apps Karma and Too Good to Go, it hosts a daily Happy Hour where food that would otherwise be thrown away is sold at half price. (Wasted food accounts for 8 per cent of global greenhouse gas emissions.)

As part of its efforts to be socially conscious, Inhabit has partnered with upcycling design firm Goldfinger Factory, which has built furniture such as tables and cabinets for Inhabit. 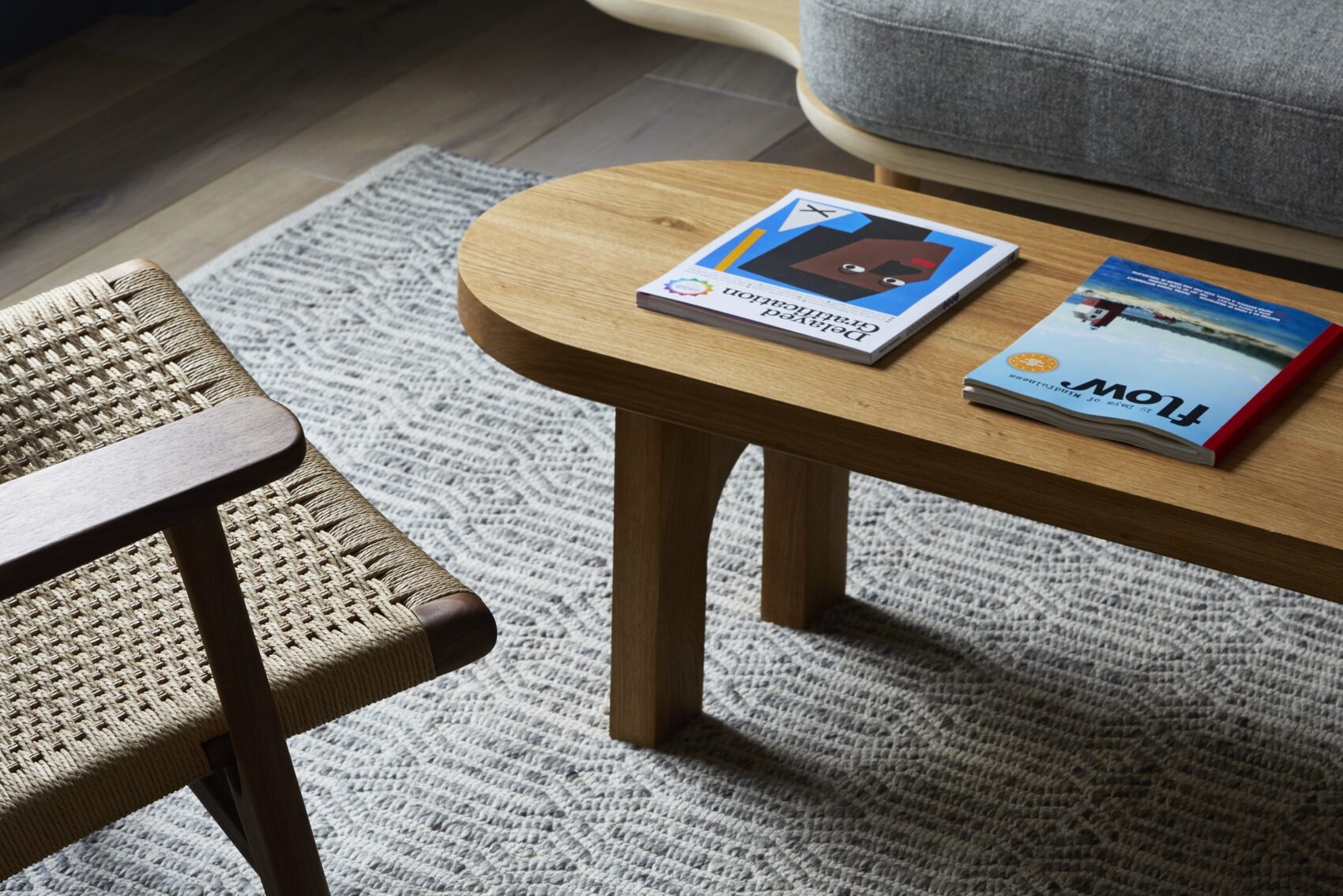 Meanwhile, Burmese handmade homewear company Kalinko and nonprofit collective Studio 306 have supplied interior touches such as cushions that are made by people recovering from and living with mental health illness.

At the same time, candles come from the Self Care Co, which are scented in a way that’s suited to
day and night, and gives 10 per cent of its proceeds to mental health charities. These are also available to buy from Inhabit, along with reusable Keep Cups, sleep kits and books.

Anne Trouillet Rogers of Amsterdam-based art consultancy Culture A has curated textile, metalwork, painting and photography that has been produced by both emerging and established artists. 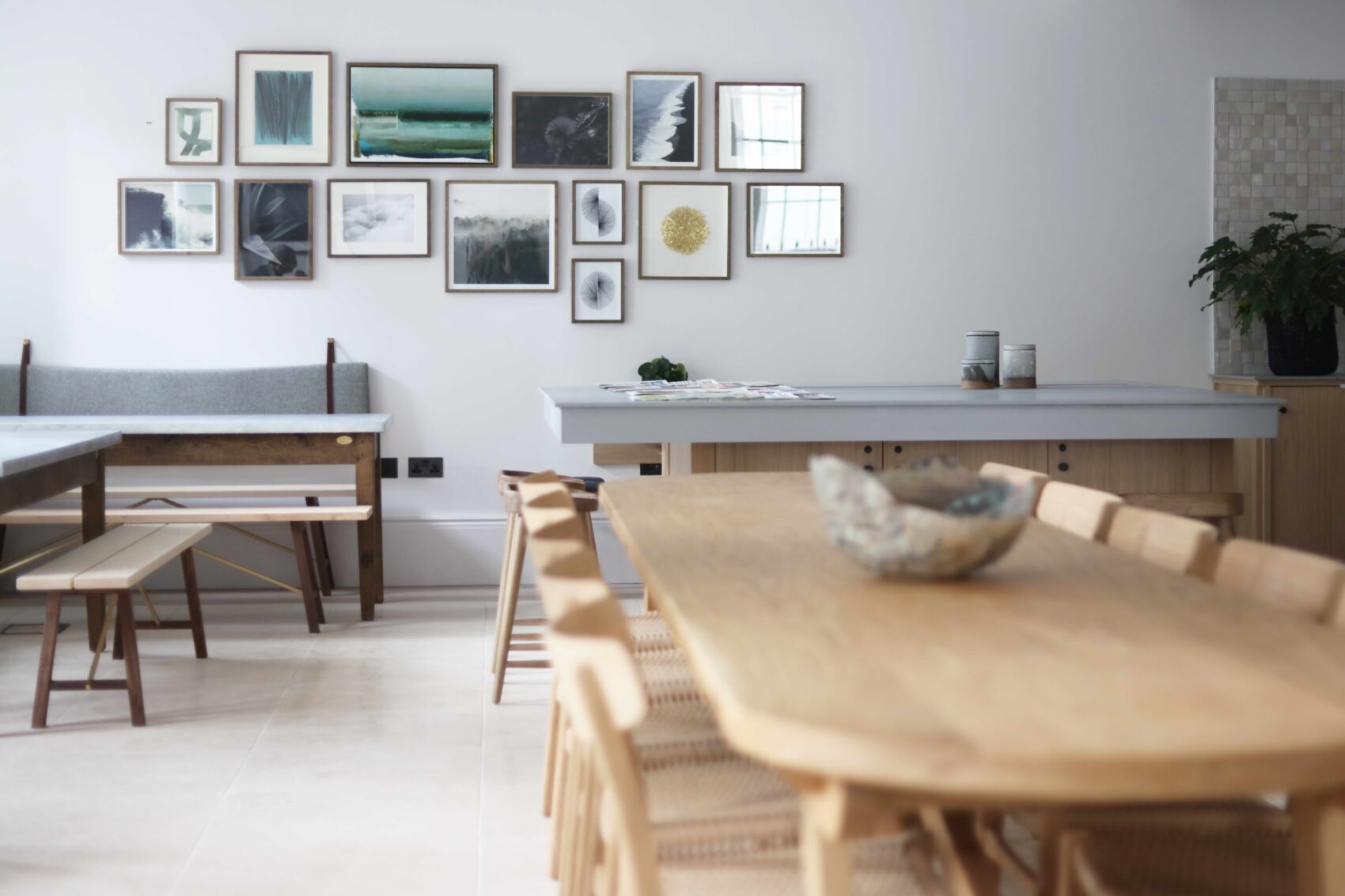 Inhabit offers indoor Peloton bikes with live fitness classes streamed to built-in screens, while two cult Tokyo bikes are parked in front of the hotel’s library on Southwick Street, available to hire. In-room spa treatments such as aromatherapy massages and reflexology can also be booked.

During construction, Globechain helped Inhabit reduce waste for social and environmental impact, diverting 273 items weighing a total of 2,934kg away from landfill.

Inhabit co-founder Nadira Lalji says: “Wellness and mindfulness are at the heart of Inhabit. Inspired to create a restorative experience in a frenetic city, every aspect of the hotel is aligned with what being well and balanced means to us.

“The hotel offers a space for guests to enjoy nutritious food from Yeotown, guided meditations and yoga alongside a variety of workshops, talks and book clubs. The hotel will offer a refreshing and new take on travel in London at an accessible price.”