Set across 16 townhouses, apartments and historic buildings dotted along Denmark Street, the property’s 55 “Session Rooms” and apartments are designed to reflect each building’s history while embodying the rebellious spirit of one of Soho’s most iconic streets – a legendary epicenter of hedonism, subversive culture and rock ‘n’ roll music. 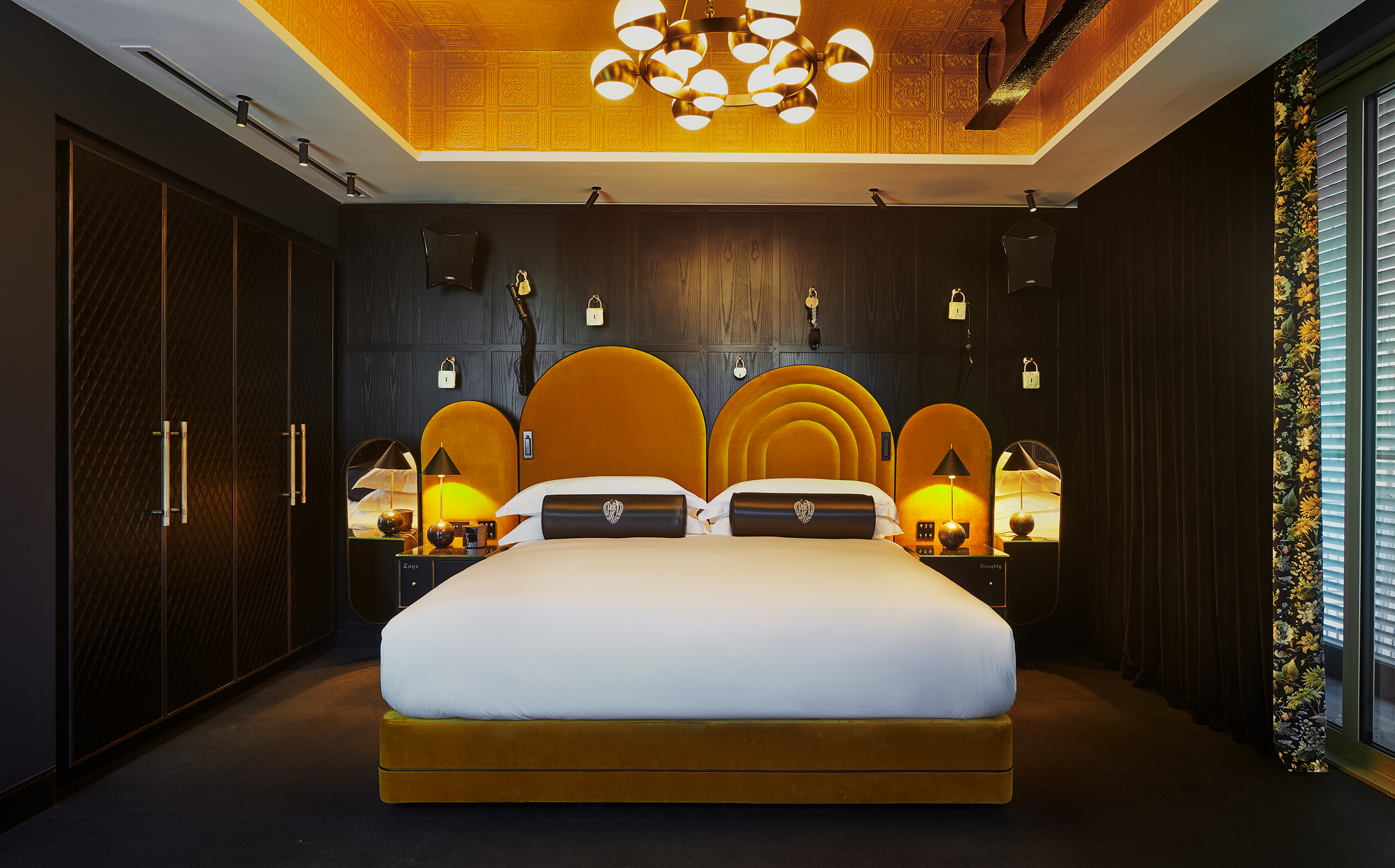 Its interiors were designed by the award-winning Taylor Howes, with a narrative that “imagines a time where punk rock and vintage gothic meet modern psychedelia with a timeless grandeur”. 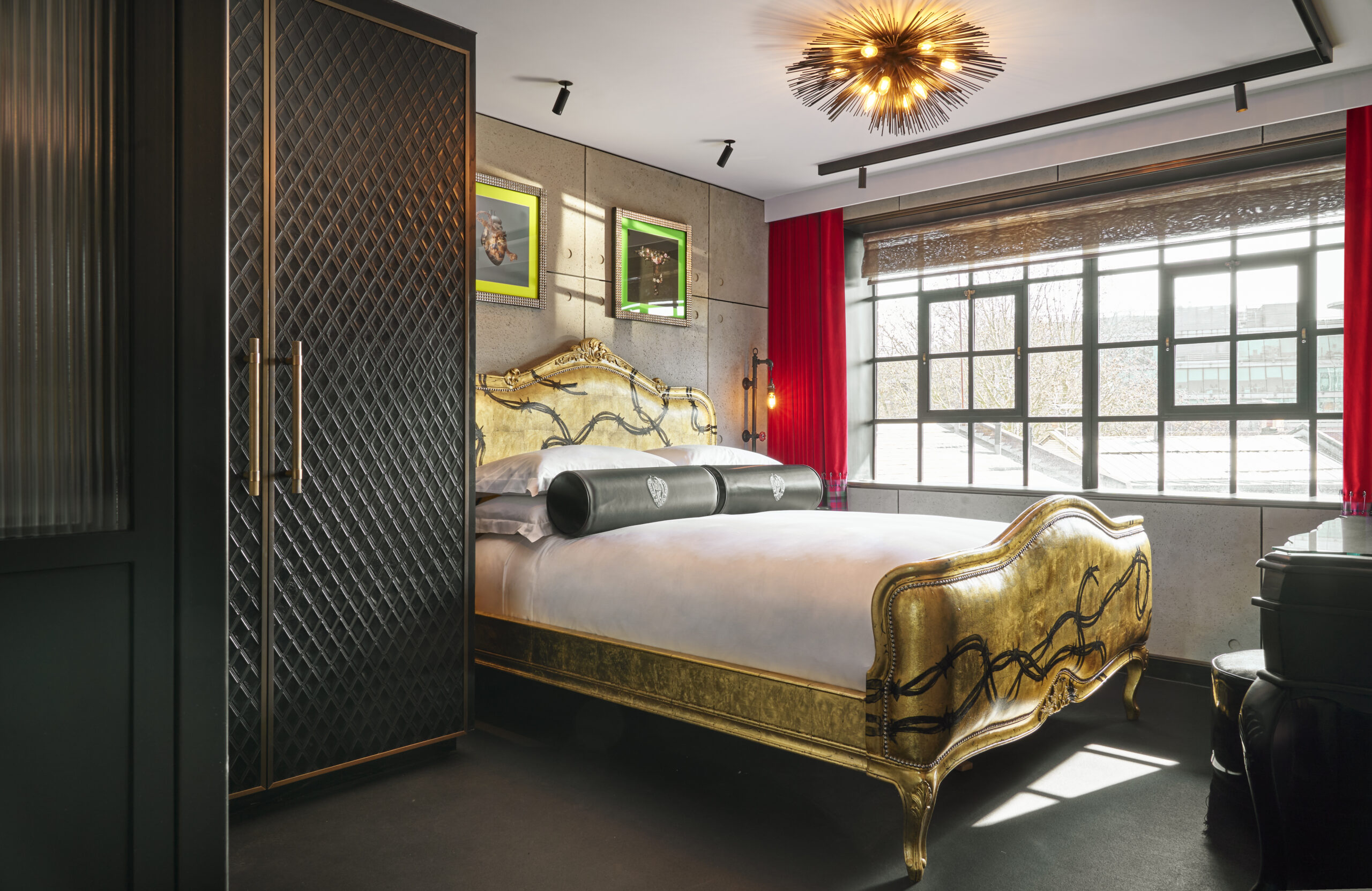 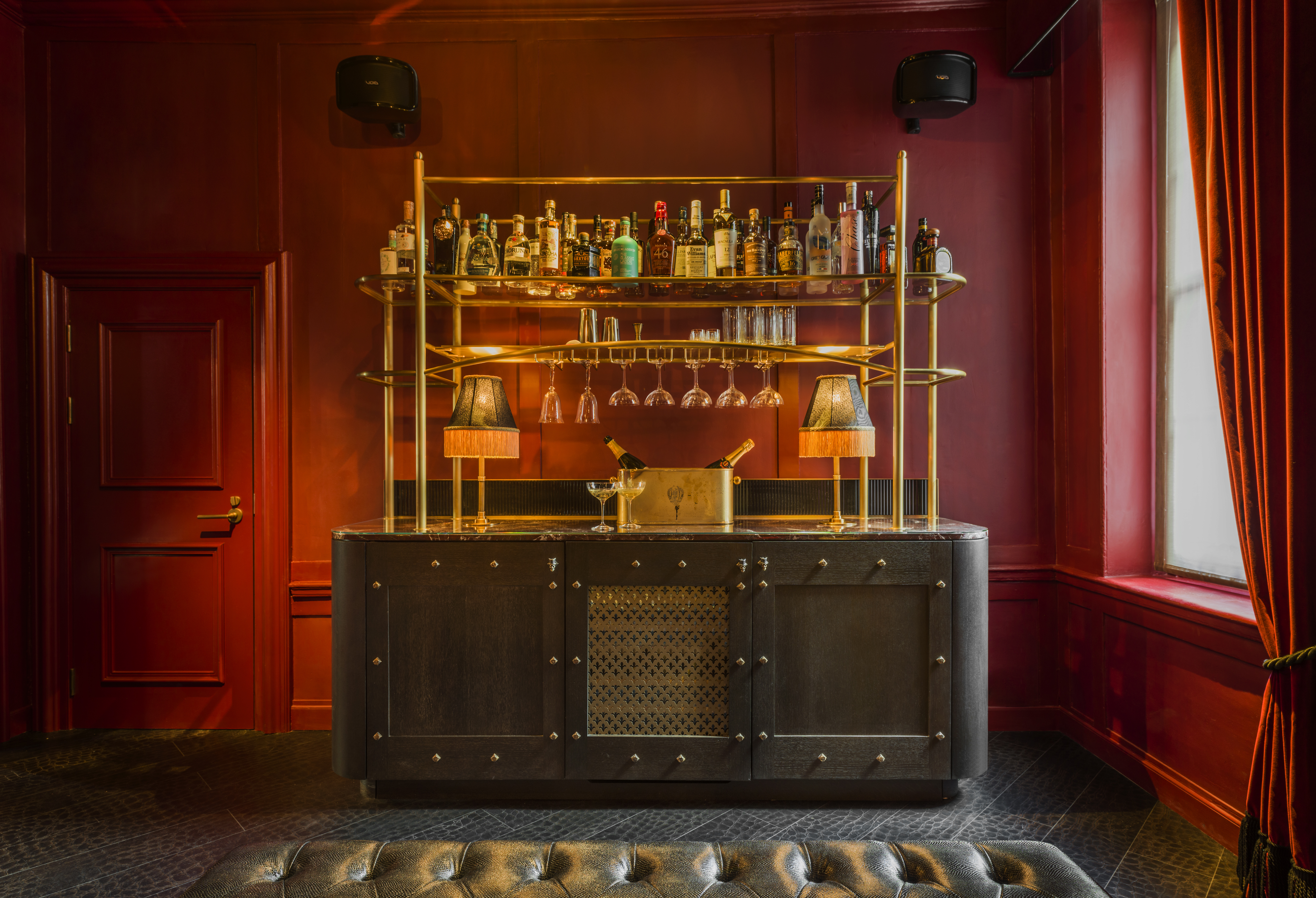 Chateau Denmark’s apartments are located across a series of Grade II-listed townhouses, mansion buildings and a mews house along Denmark Street. Several of these buildings have played an important role in the British music history. 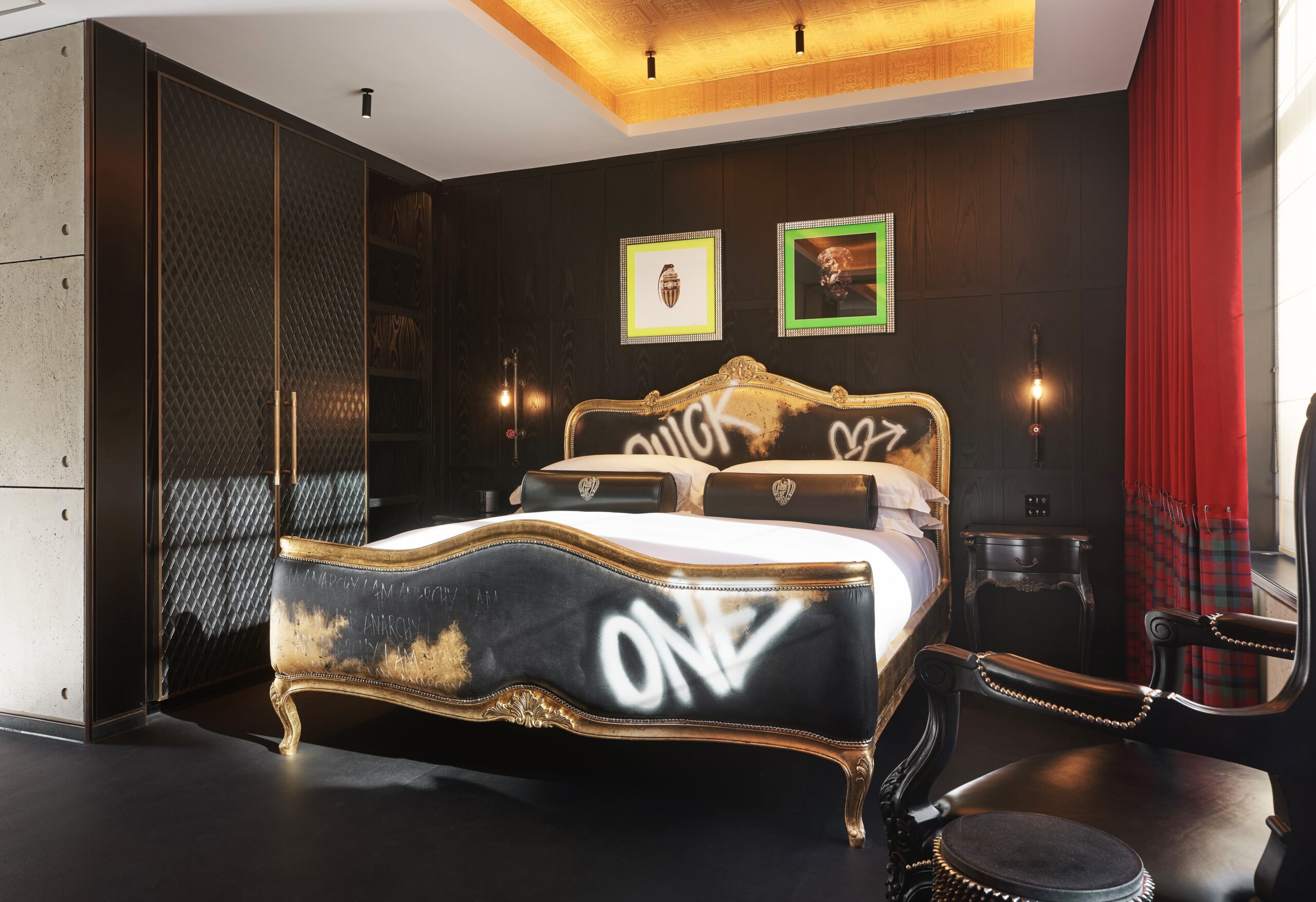 One of them marks the spot where the Rolling Stones recorded their first album, and was frequented by the likes of Lou Reed, Chrissie Hynde and Vivienne Westwood. Another of Chateau Denmark’s buildings was formerly home to musician hotspot La Giaconda, where David Bowie and Elton John would pop in for a coffee. 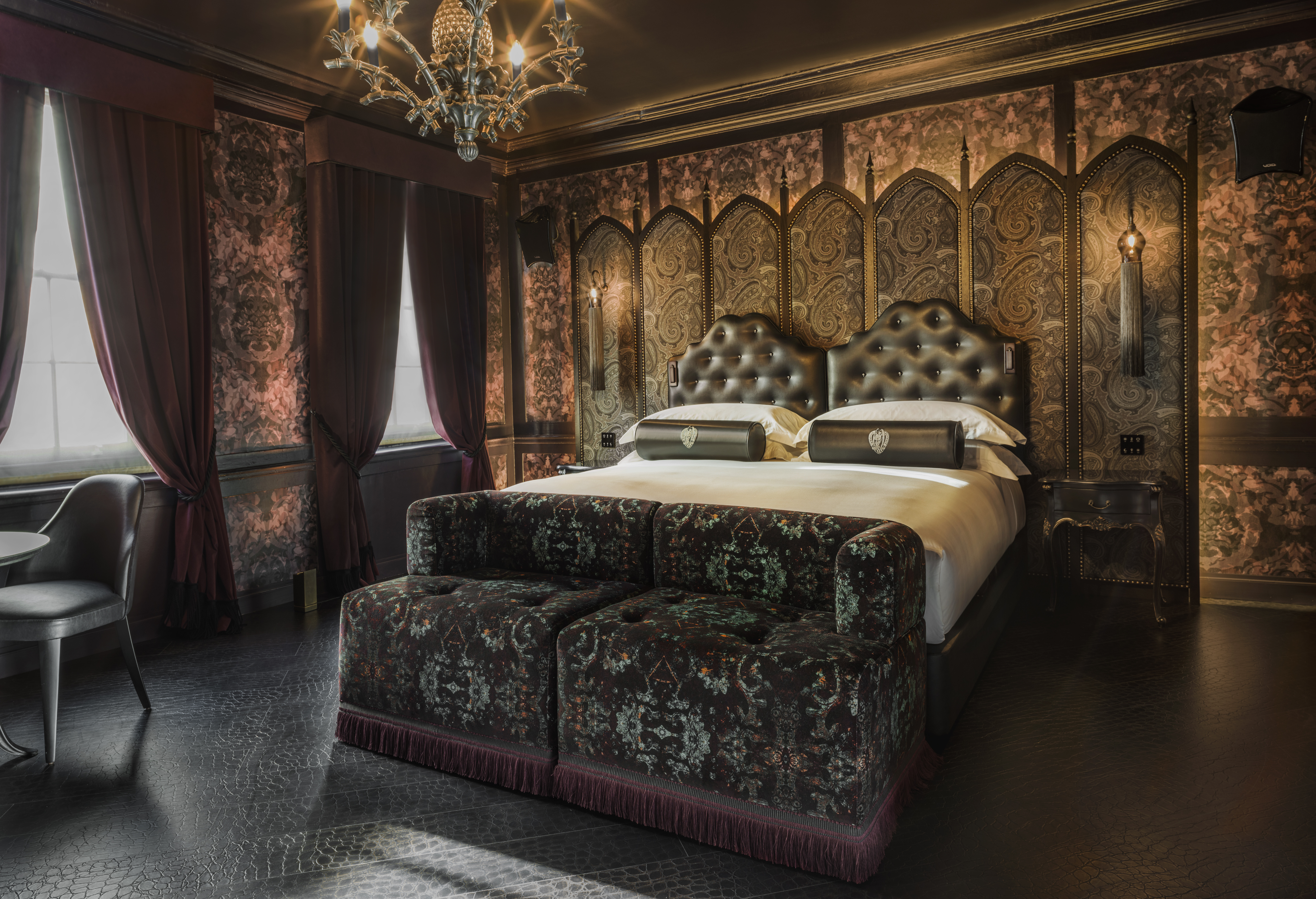 Apartments start from 35 sqm in size, and evoke a sense of gothic grandeur with touches such as psychedelic wallpaper, decadent vintage furniture, original timber panelling, sculpted fireplaces opposite from roll-top bathtubs on a marble plinth, heady artwork and punk design accents. 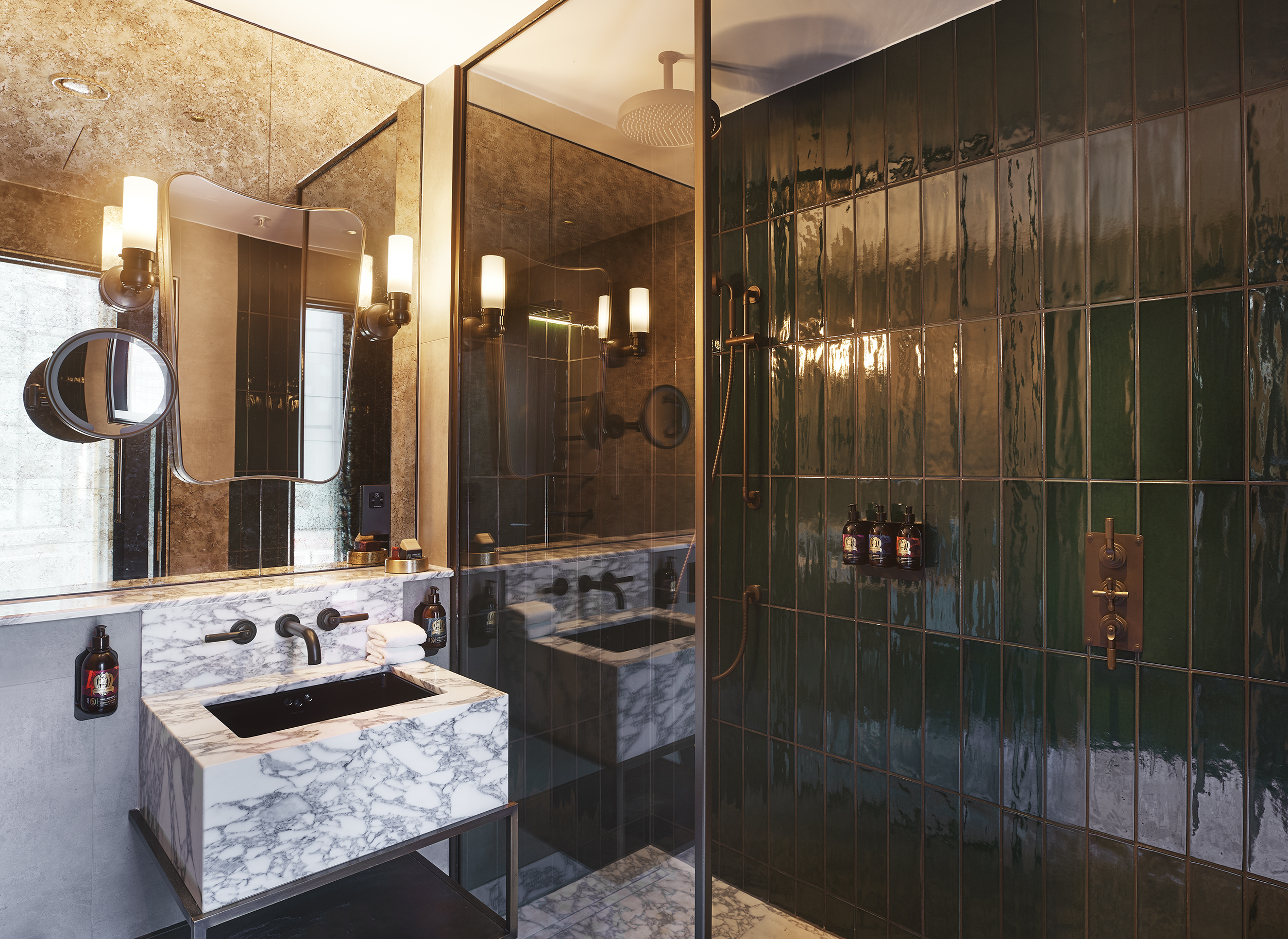 The hotel’s Signature Apartments exist in three buildings, including the 51 sqm “I Am Anarchy” suite, a duplex mews house with an upstairs living space, featuring Johnny Rotten’s caricatures of his fellow bandmates, the Sex Pistols – the mews house’s one-time residents. 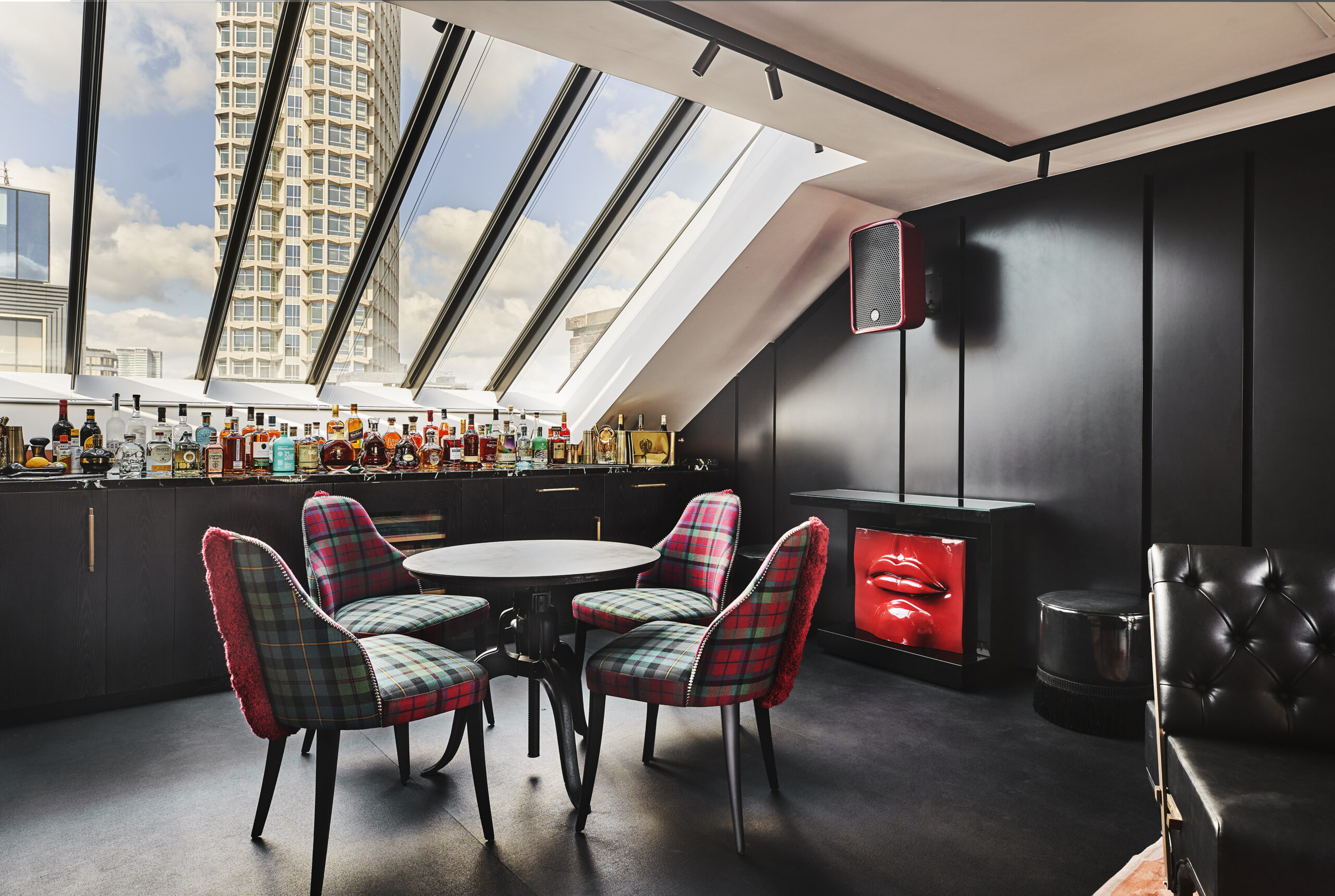 Chateau Denmark intends to be a go-to venue for press interviews and junkets, welcoming creative industry talent and producers, and the next generation of Soho’s artistic community. The hotel’s art collection will showcase London’s creative talent, exhibiting a range of contemporary artists, including Magnus Gjoen and Radek Husak.

Chateau Denmark’s association with Outernet Global and its location within the Now Building creates some intriguing local partnerships that extend and integrate the property’s facilities into the surrounding Soho neighbourhood.

The Now Building is the largest of Outernet London’s immersive spaces. It has north-facing public atrium with 360-degree  immersive media screens – the largest LED screens anywhere in the world – that serve as a “creative canvas.”

Chateau Denmark’s lounge bar and basement club will launch later in 2022, along with a fitness and wellness space. Other district neighbours will include a recording studio and performance venue Outernet Live, with the capacity for up to 2,000 people.

Room rates at Chateau Denmark start from £510 per night for a Session Room, and from £660 for an Apartment. Long stay rates are available on request.

Why Easol is powering the experience economy