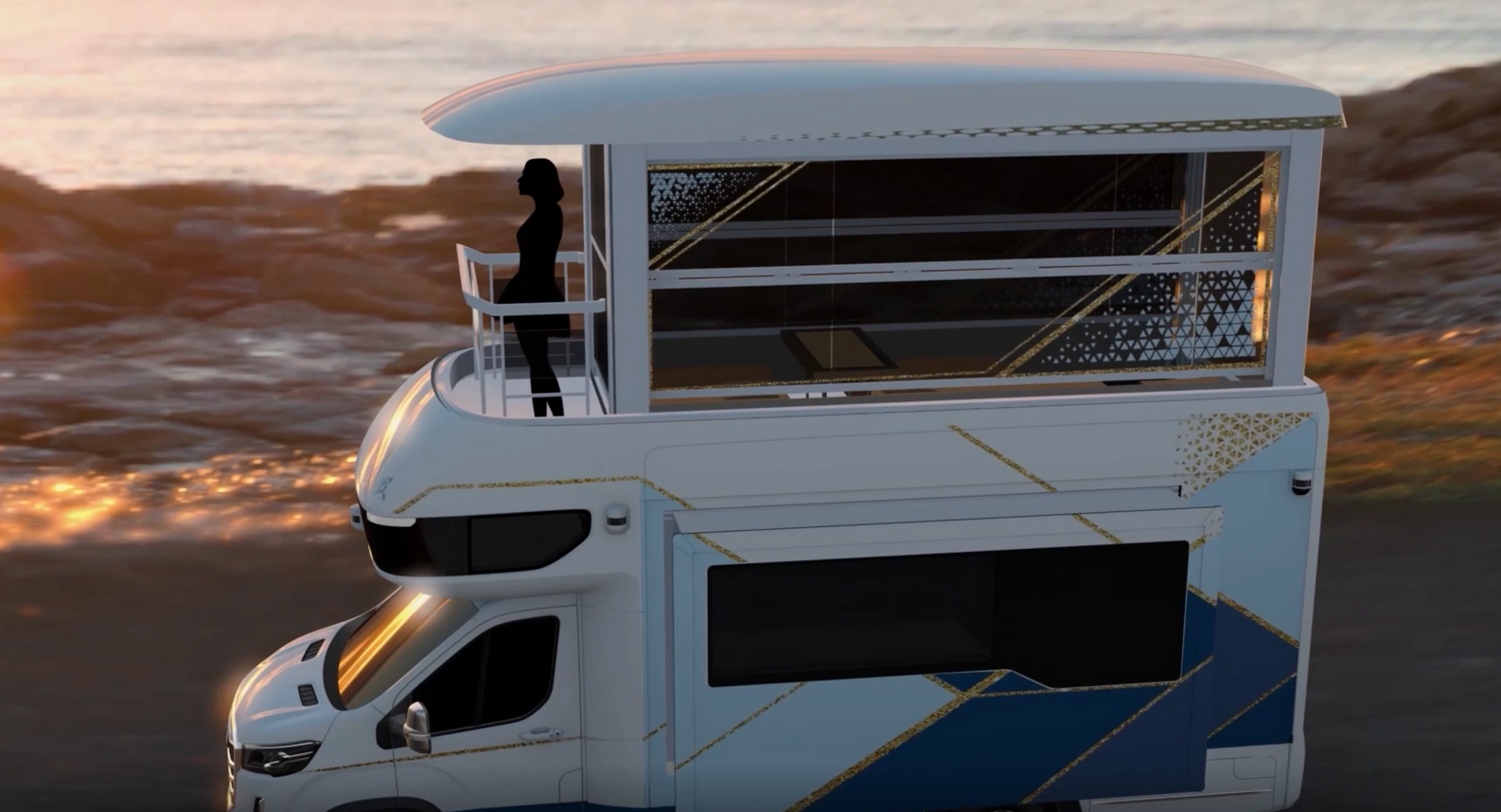 Space is at a premium in campervans, with smart storage and minimalist design the selling point for van owners of the 2020s. And now, Chinese van manufactuer, SAIC Maxus has taken things to the next level with a campervan that expands its roof to create a pop-up second level.

Currently only available in China, the SAIC Maxus “Life Home V90 Villa Edition” has split window walls that fold in half inside its oversized roof,  forming a second storey when they pop up. Owners can press a button to expand this section to full height, revealing an upper living area. 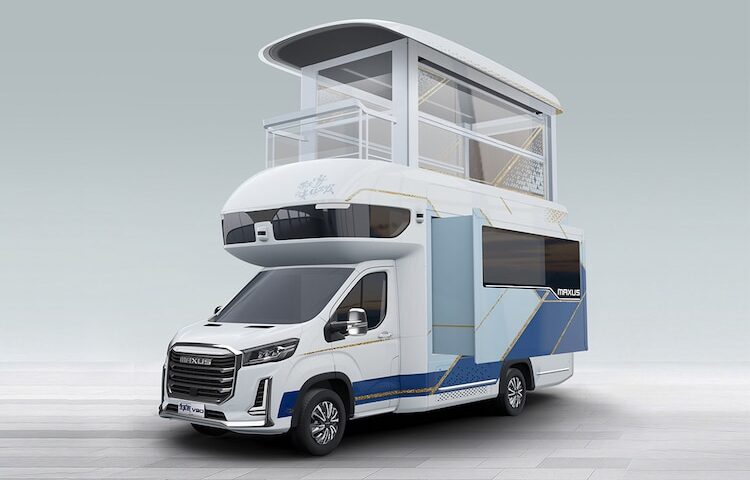 Accessible via elevator, this 12.3 sqm area is big enough to function as a yoga area or tea room. The height of the space may not be suitable for large furniture, but lends itself to furnishings such as low tables and floor pillows.

The campervan also has LED lighting that can be customised to create the desired ambience in the upper living area, and a walk-out balcony that forms over the driver’s area.

The glass walls of the second storey area can also be adjusted and transformed from clear to opaque for when users would like more privacy. 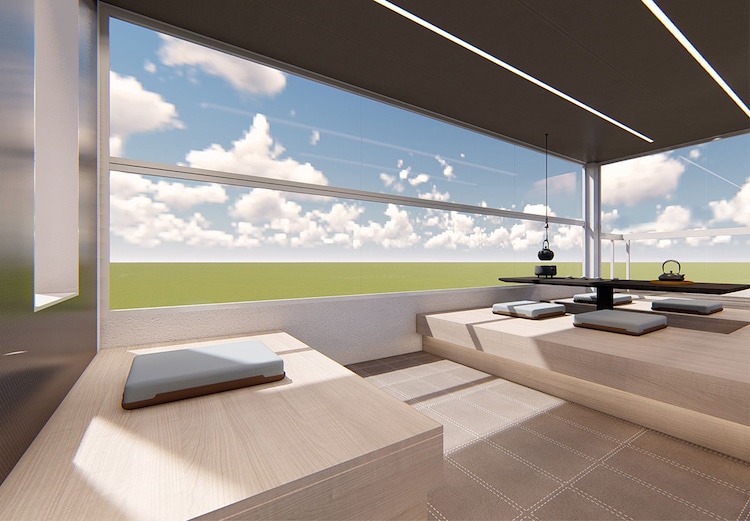 As well as expanding vertically, the SAIC Maxus campervan also has slide-out sections next to its driver and passenger seats, which make the main living area increase to become 20 sqm. When fully folded out, there is enough space for a corner sofa lounge area, a full kitchen – with a cooktop, oven and sink – and a bar area.

Towards the back of the van is a bathroom with a shower. There is also a JBL sound system, AV to be connected to a TV or projector,  an app-driven entertainment system, a washing machine,  air conditioning, and a pull-out cooking area behind the rear passenger-side wheel.

Meanwhile, the RV’s electronics and amenities around the living area and the cockpit are controlled by Maxus’ X-Connect RV smart system

Currently on the market for CN¥2.68 million (£299, 000) the release of the SAIC Maxus Life Home V90 Villa Edition is line with the “RV Renaissance” trend identified by Globetrender in its Travel Trend Forecast 2021.

Campervan ownership is increasing significantly as travellers are seeking new ways to explore their home country rather than flying overseas during the pandemic. However, the next generation of van owners are seeking vehicles with amenities that serve their tech-driven lifestyles, and that allow them to combine their career goals with their holiday plans.