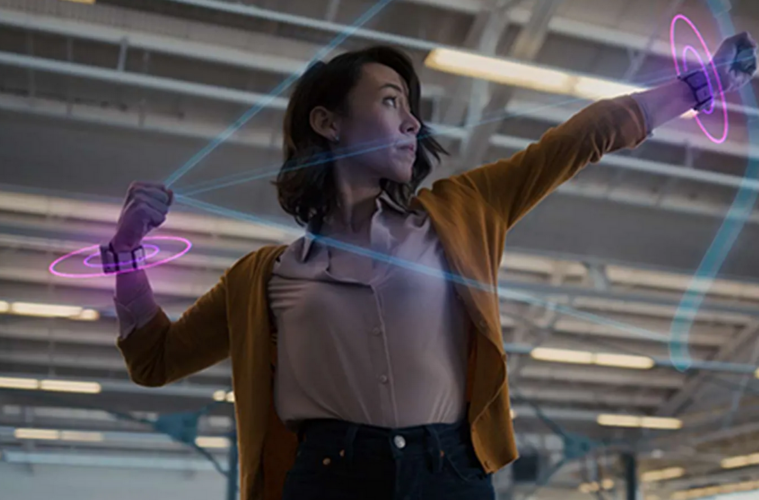 Facebook’s foray into augmented reality is gathering pace – not only are its highly-anticipated AR glasses being released this year but the company is promising that they could be controlled via a futuristic virtual-reality wristband.

Based on technology developed by CTRL-Labs (the start-up Facebook acquired in 2019) the wristbands use electromyography (EMG) to interpret neural signals travelling from the spinal cord, which are then translated into actions.

Facebook breaks down exactly how the tech works in a recent blog post: “You have many thoughts and you choose to act on only some of them. When that happens, your brain sends signals to your hands and fingers telling them to move in specific ways in order to perform actions like typing and swiping.

“This is about decoding those signals at the wrist – the actions you’ve already decided to perform – and translating them into digital commands for your device.

Apparently, the signals through the wrist are so clear that EMG can detect finger motion of just a millimetre, meaning that input can be effortless.

According to The Verge, the bands can theoretically do a lot more, though. For instance, they could track the nerve signals your brain sends to your fingers while you’re typing, so you can type on a virtual keyboard without physical buttons.

And unlike a normal keyboard, the bands can slowly adapt to the way you type – so they can “learn” the ways your fingers move when you’re making common typos, then automatically correct for them and capture what you probably meant to type instead.

Facebook says its system will be able to adapt to the individual behaviours of its users by using machine learning to predict their likes, dislikes and other interests, in real time, reports the BBC.

“The system learns something about your location and key objects, like your running shoes or activity recognition,” Facebook’s Reality Labs research science manager Tanya Jonker said.

“And it learns that, in the past, you have often launched your music app when you leave your house with those shoes on.

“Then, it asks you if you would like to play your music – and allows you to confirm it with just a click.” It’s an exciting next step for VR, however the bands will collect a lot of data.

Facebook has a neuroethics program in place to examine the privacy, safety and security implications of such tech, however people will still need to trust that the data collected based on how their body moves is not compromised.

ProPrivacy digital expert Ray Walsh told BBC News that consumers must make sure to stay informed about how much of their data was being shared with the company, as the technology began to expand into the mainstream.

“The opportunity to exploit people’s eye movements and nerve impulses to detect whether they are interested in content offers endless potential for surveillance capitalism,” he said.
“Legislators should look closely at the legality of this new data collection and subsequent usage to ensure that consumers are adequately protected.”