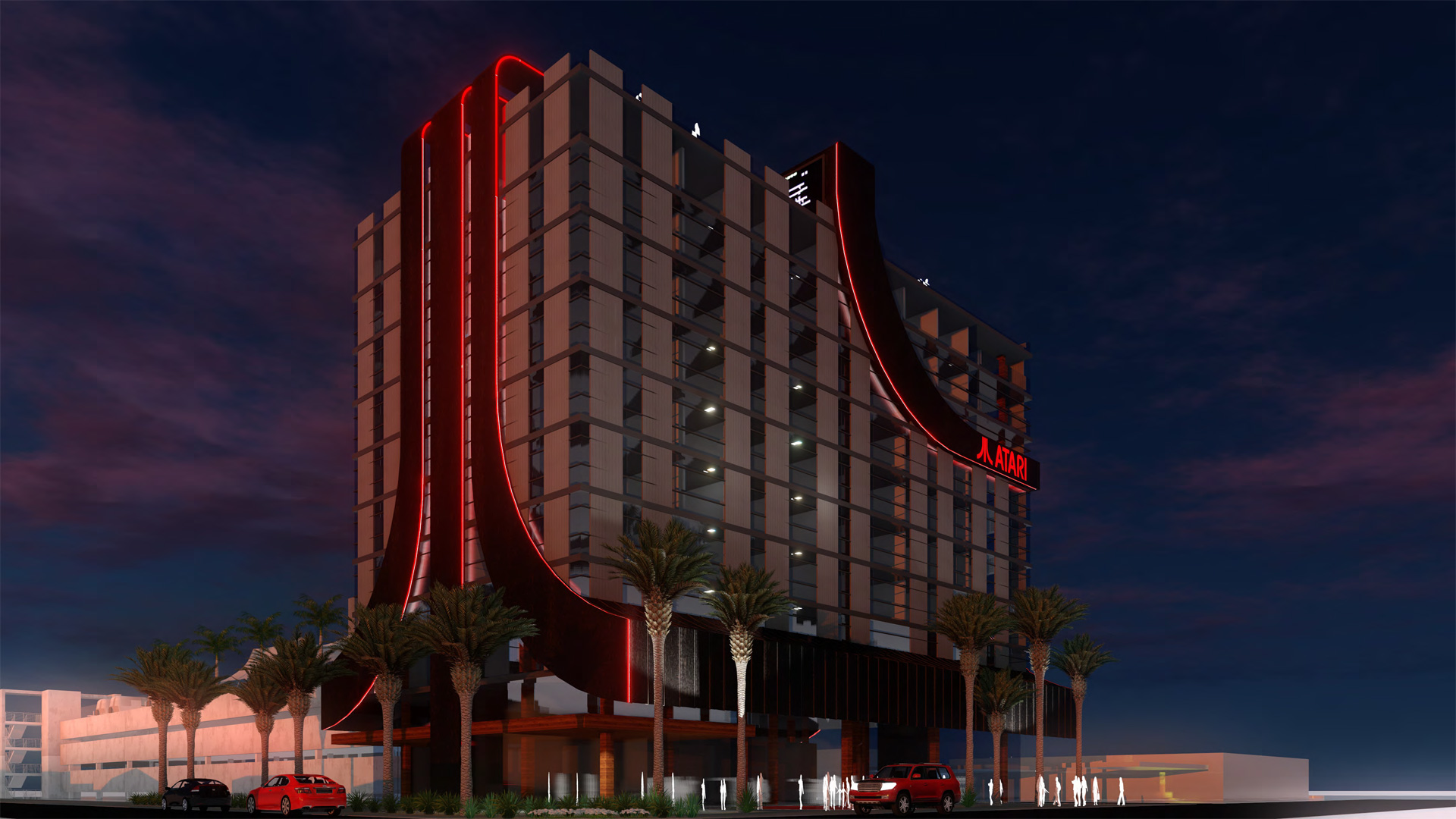 Atari to build video game-themed hotels across the US

Atari, one of the most famous video game makers in the world, is to open a series of hotels complete with e-sport studios and ‘gaming playgrounds’. Samuel Ballard reports

As Globetrender predicted in its 2020 Travel Trend Forecast (free to download here), “Cyber Worlds”, which blend the digital with the physical, are a growing trend for the new decade.

One innovator in the space is GSD Group, a strategy and innovation agency that has acquired the rights to build video game-themed Atari Hotels in the US, with the first one to break ground in Phoenix, Arizona, later this year (coronavirus-permitting).

GSD Group is led by Shelly Murphy and Napoleon Smith III, a producer on the Teenage Mutant Ninja Turtles reboot. Meanwhile, True North Studio, an Arizona based real-estate developer, will build the hotel.

The first Atari hotel will feature fully immersive experiences for “every age and gaming ability” with both augmented reality and virtual reality facilities. There will also be venues for e-sport events.

According to reports, Atari received a US$600,000 advance for the deal and is entitled to 5 per cent of revenues.

“We are thrilled to partner with GSD Group and True North Studio to build the first-ever Atari-branded hotels across the US. Together we’ll build a space that will be much more than just a place to stay,” says Fred Chesnais, CEO of Atari.

He says: “Atari is an iconic global brand that resonates with people of all ages, countries, cultures and ethnic backgrounds and we cannot wait for our fans and their families to enjoy this new hotel concept.”

There are roughly 2.5 billion video gamers around the world – who collectively spent US$152.1 billion on games in 2019. The number represents a 9.6 percent increase from 2018.

While that number largely represents newer games, there is a large collective of people that enjoy the classic, retro nostalgia brought on my games of the past. It is because of this fact that stores and websites such as The Old School Game Vault are primarily targeting retro games, including Atari.

“When creating this brand-new hotel concept, we knew that Atari would be the perfect way to give guests the ‘nostalgic and retro meets modern’ look and feel we were going for. Let’s face it, how cool will it be to stay inside an Atari?!” says Napoleon Smith III.

“Atari Hotels will be the first of their kind in the US, offering gamers of all ages the ultimate in immersive entertainment and in every aspect of gaming. We’re excited to be working on this project with such great partners and to bring a big win to Arizona,” added Shelly Murphy.

The first of the Atari Hotels is planned to break ground in 2020 in Phoenix, Arizona. There are further hotels planned in Las Vegas, Denver, Chicago, Austin, Seattle, San Francisco and San Jose.

In a statement published on The Next Web, an Atari spokesperson elaborated on the hotel concept: “The Atari hotels will feature common areas following the latest trends in hospitality, with a focus on the video game universe and the Atari brand.

“They will include a state of the art e-sport studio, an Atari gaming playground, meeting and event rooms, co-working spaces, restaurants, bars, a bakery, a movie theatre and a gym. They are targeted at family or business travellers, providing a luxurious, relaxed and one-of-a-kind experience.”