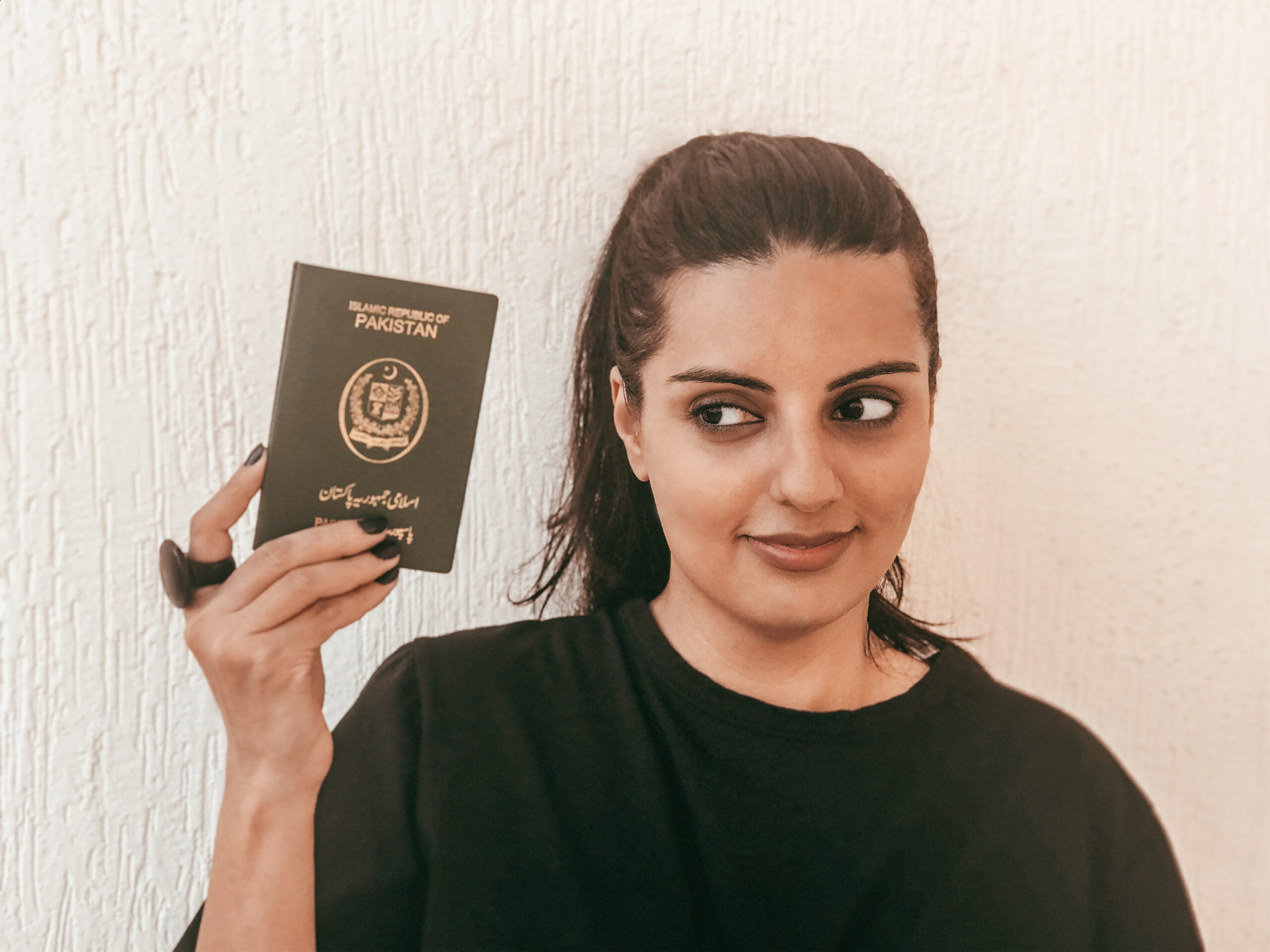 Born in Dubai but with Pakistani nationality, Samia Qaiyum reveals the woes (and one surprising merit) of holding an appallingly weak passport when it comes to visa-free travel.

A long-standing resident of my bedside table is a book by the name of Third Culture Kids: Growing Up Among Worlds. It covers the restlessness I’ve felt my whole life. It delves into the somewhat dysfunctional patterns of my romantic relationships. It even insists that I’m holding onto unresolved grief due to the “hidden losses” in my life. But nowhere in its 320 pages lies a solution to my biggest problem: my passport.

It’s no secret that Covid-19 vaccine passports are setting a disturbing precedent as we speak, with mostly rich and privileged people first in line to be jabbed. In Israel, they flash their “Green Pass” to enjoy the normalcy of a night at the theatre. In the US, they’re gearing up to board ships for Alaska’s upcoming cruise season. And in the UAE, trendy restaurants are offering discounts to the vaccinated, garnering praise and raising eyebrows in the process. All this talk of vaccine passport privilege has me ruminating over a much older debate: passport privilege.

My passport privilege – or lack thereof – dates back to November 1982 in the city of Dubai, my place of birth. It’s hardly a hot take that citizenship is not granted to those born in Gulf countries like Qatar and Kuwait and, as someone born to Pakistani parents, I possess a Pakistani passport. I also find myself paying the price for these dynamics on a near-daily basis.

For starters, Dubai is a city where expats are unapologetically stereotyped according to their nationality. The Brits gather at boozy brunches, the Lebanese diaspora keeps plastic surgery clinics afloat, and Eastern European women are easy on the eye – but not the wallet.   I shudder to think what kind of assumptions are made about me when I introduce myself as a Pakistani.

Did I mention that I’ve never actually lived in Pakistan? Life has taken me to places like Chicago, Cascais, Hanoi, Manama, and more, with a sprinkle of childhood trips to Karachi for special occasions. I remember hiking up Mount Kilimanjaro when an English friend confessed, “I just don’t think of you as Pakistani somehow.” Was that a compliment or an insult? I’ll never know.

Those who do, however, see me as a Pakistani are the countless HR professionals who ask about my nationality before my work experience. Yes, I’m a jobseeker for the first time in five years (courtesy of coronavirus) and coming to terms with an uncomfortable reality: travel writing is the only thing that feels right. But how on earth am I supposed to convince the likes of Lonely Planet, Afar, or Culture Trip that I deserve a job when I can’t even hop on a plane for a last-minute press trip? Ah, the last-minute press trip and the small matter of visas. I have some experience in this area, starting with a call from Netflix. 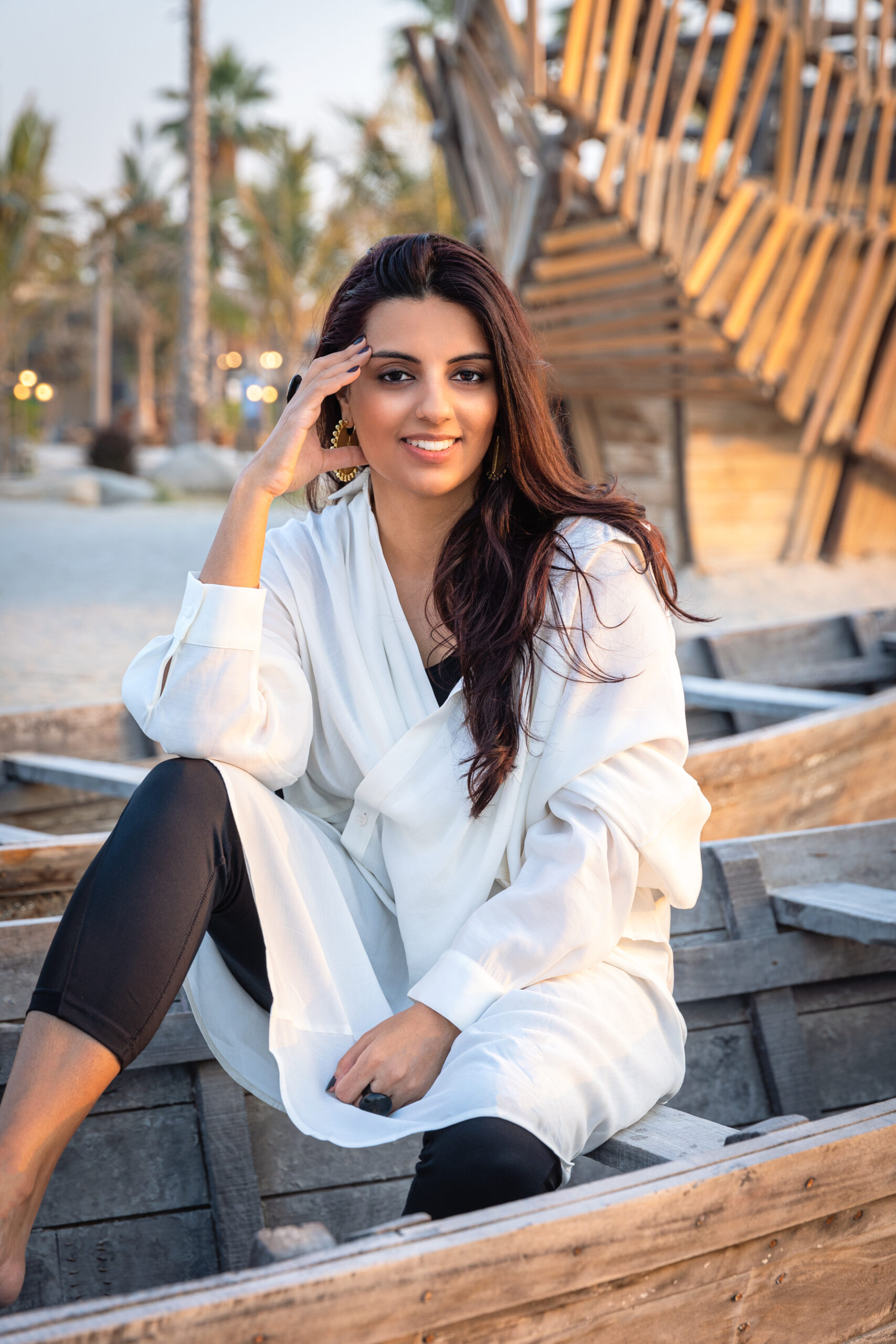 As culture editor at my previous job, I was invited to Paris to interview the cast of Stranger Things in 2019, and the only editor in the Middle East to receive said invitation. Did I want to go? Yes. Could I go? No. The call came only days before the press junket, which is why my colleague – a fashion writer with an American passport – not only ended up going, but also bragging about it for weeks on end.

History repeats itself, this much I know, because the exact same thing happened when Netflix returned with an invitation for the season three premiere of The Crown. I continue to encounter peers in the media industry who vehemently deny that passport privilege is an issue. My view? It’s because they have it.

The Pakistani passport is currently the fourth (or fifth, according to this index) weakest in the world (see global rankings below), which means anything bearing the label of North Korea, Myanmar and Iran – countries not exactly known for their political stability – boast a higher mobility score.

Admittedly, it’s not all bad. I can travel sans visa to a grand total of seven countries, Niue, Vanuatu, and Montserrat included. Can I confess I’ve never even heard of them? And my dream to someday travel around India to explore my grandparents’ roots? A pipe dream. A ticket to Bali, meanwhile, was cancelled back in 2017 because I was expected to include a sponsor letter from an Indonesian citizen with my tourist visa application – and couldn’t. Another destination unchecked on my bucket list as a result of my passport.

But this isn’t just about needing weeks and weeks (and endless paperwork) in order to secure a visa. I pay the price for Pakistan’s bruised political relations, too. Case in point: the Four Seasons Hotel in Kuwait. I distinctly recall its PR team inviting me to review the property when it first opened, insisting that I was wrong about the political situation interfering with my visit visa. I was right.

As someone without a criminal record or unpaid traffic fine, I fantasise about a world where passports are akin to character certificates. Because think about it: why is it that sociopath from Germany can travel visa-free to 99 countries, but a college professor from Afghanistan can only travel to four?

But I’d be lying if I said I’ve attempted to explore the logic behind these rankings. In fact, not once have I questioned my own passport’s rapidly plunging position in the 38-odd years I’ve been around – I simply accepted it as my reality until this article forced me otherwise. My probe started with a conversation with the team at Henley & Partners, the global citizenship and residence advisory firm behind the oft-cited Henley Passport Index and, as expected, this was going to get complicated.

“What we have observed is that commonalities in history and economic status, shared foreign policy goals, and reciprocity come into play, but security, trade, and political alliances are also influential,” explained Sarah Nicklin, Group Head of Public Relations.

“There are many countries that have wholesale bans on nationals of specific countries entering their borders or their own nationals entering the borders of specific countries because of collapsed diplomatic relations. Another major driver is the relative importance placed on tourism by a government, as is the case in Saudi Arabia and the UAE. This will see countries being very proactive about liberalising their internal visa policies. We’re even starting to see such a trend in China, which recently opened its Hainan province to visitors of 59 countries.”

Reciprocity isn’t a given, though. “Iraq’s recent efforts to relax its highly restrictive visa policies means that citizens of over 35 countries – including the UK – may now obtain a 60-day visa on arrival. These waivers, however, are unlikely to be reciprocated in the near future,” said Nicklin. The reason behind Pakistan’s passort ranking, however, is another matter.

“I fear we are unable to offer an explanation as the focus here is why governments choose or choose not to establish visa waivers with other states. These are geo-political questions that would elicit a wide range of opinions and assumptions, depending on who you ask. A political commentator or independent academic with knowledge of Pakistan’s dynamics might be best placed to assist you.”

The weakest and strongest passports in the world, according to the 2021 Henley Passport Index

With her advice in tow, I continued to dig, but attempts to reach Pakistan’s Ministry of Foreign Affairs proved futile. In the meantime, independent journalist Shaheen Sehbai and political commentator Imad Zafar stepped up and had plenty to say. I started by addressing Pakistan’s location – sharing a somewhat loose border with Afghanistan – but it is not a reason behind the current ranking, according to Sehbai. He did, however, say it was a key factor after the Soviet-Afghan War in the ’80s.

“Pakistan had very strict restrictions on issuing passports until 1973, when Zulfikar Ali Bhutto made it easy for everyone to get one and an exodus of workers began. Hundreds of Pakistanis would fly from Peshawar to Kabul daily and, from there, would be smuggled to Europe via land and air. Many drowned when heavily overloaded boats capsized in the Mediterranean, raising red flags against Pakistanis. In the war against Soviet Union, millions of refugees came to Pakistan and hundreds of thousands obtained IDs and passports, thanks to corruption.

These new Pakistanis – actually Afghans – then spread out into the world assisted by the US and its allies. And since they were illiterate, poor, devoid of any skills, and unable to earn a decent living, they became a burden wherever they went, but the Pakistani passport was blamed.”

Sehbai went on to explain the correlation between this mass exodus and foreign exchange. “The remittances opened the eyes of economic managers. They figured this was the easiest way to earn dollars instead of industrial growth, skilled technicians, or exports of finished goods. The passport was sold, gifted, and faked when needed, bringing with it the dismal reputation we have today.” And how does political stability factor in?

“The export of manpower has been a lucrative business for every political party, but has nothing to do with stability. Countries like Libya and Lebanon have never had a population of millions ready to buy a visa for another country, despite a turbulent situation at home. Libya had a total population of three million in the ’70s, with Palestinians and Pakistanis making up the bulk of its workforce. Beirut was once considered the ‘Paris of the Middle East’ and nobody wanted to leave.”

Zafar disagreed. “Yes, political instability is an issue,” he asserted. “A decent passport ranking requires a stable political atmosphere, and that is just not the case in Pakistan unfortunately. Syria, Yemen, and Lebanon are war-torn countries, and instability in those countries can easily be understood by the globe.

“In Pakistan, though, those who pull the strings from behind use protests and manufactured chaos to weaken the elected governments. Myanmar is an example where the recent martial law has resulted in new sanctions. Unless democracy is given a chance in Pakistan, political disorder will continue to bring chaos, extremism, and human rights violations – and that will only further discredit the image of the green passport.”

These words of warning in mind, I’m now acutely aware of the uphill battle ahead – I am the girl with the green passport, after all. But I’ll continue to travel because I’m a different person when I do. I’m confident, I’m cheerful, I feel like myself again. As a textbook third culture kid, I’ll never belong anywhere, and airports therefore feel like an equaliser of sorts – I don’t belong, but neither do you.

I’m also a culmination of all the stamps in my passport. Vietnam is where volunteer work helped me heal from trauma, Nepal is where I fell for the chaos of street photography, New York is where I tested my knack for uncovering a city’s greatest secrets. In fact, ask the internet for Beirut’s best hidden gems or a city guide to Baku, and you’ll see my name on page one of Google – hence the added frustration of never qualifying for a job in travel.

But I promised myself this story would bring with it a ray of optimism, and here it is. Every destination I visit, I master. Unlike most travel writers, bloggers, and vloggers, I can’t claim to have visited over 100 countries. I’m nowhere close. But those weeks while my passport sits in the drawer of an embassy, I spend painstakingly researching which eateries to dine at, what cultural hotspots to explore, how I can support local artisans, where I can bathe in nature, and any day trips that don’t entail extensive transportation. It turns out I’ve been engaging in slow travel, a sustainable trend that’s needed now more than ever, all along.