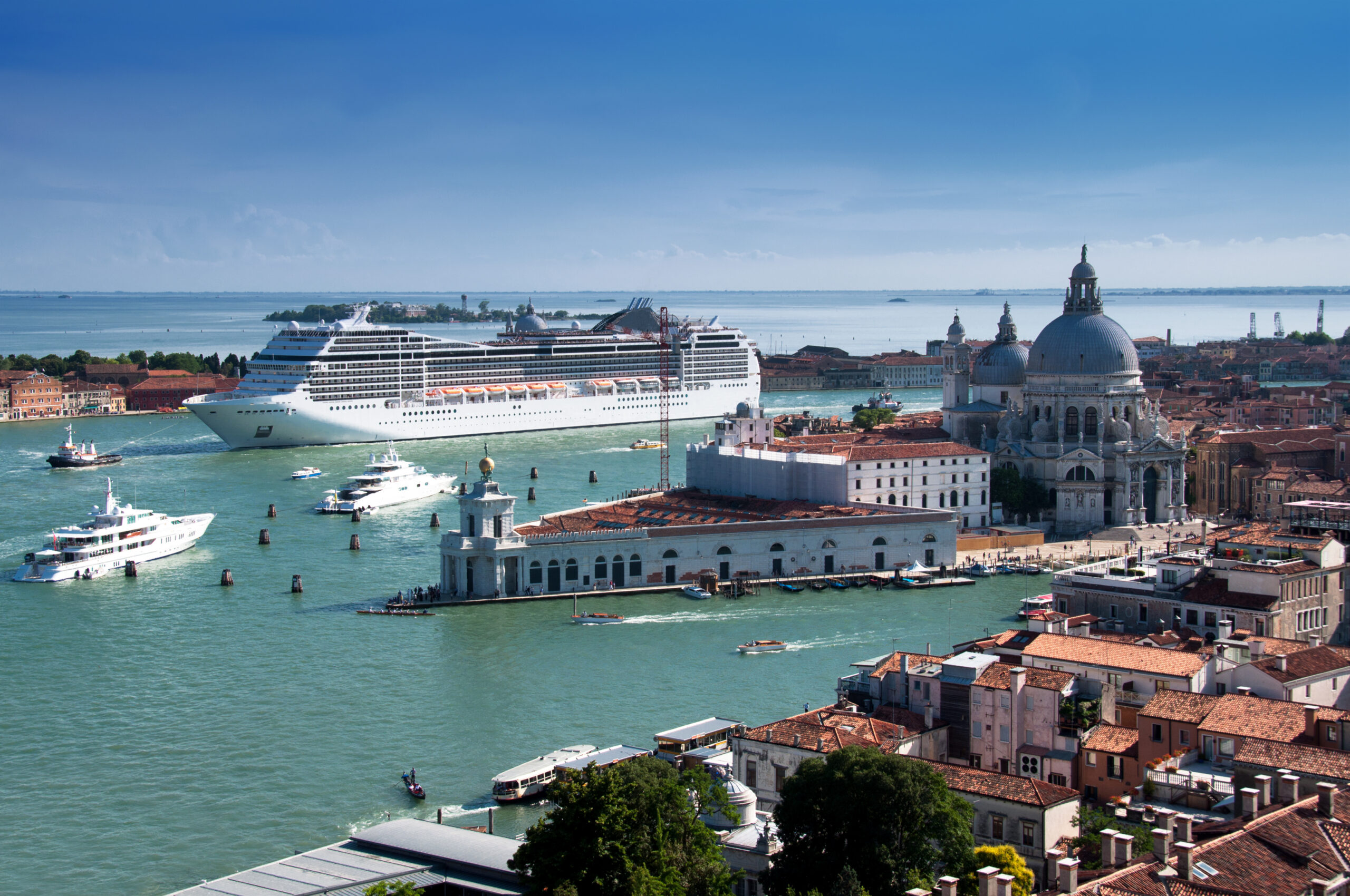 In a win for locals and conservationists, Venice has banned giant cruise ships from docking inside its historic city centre, demonstrating clear intentions for a future of sustainable tourism. Olivia Palamountain reports

The Italian government has (finally) approved a ban on cruise and container ships entering Venice’s Giudecca canal, which leads to the iconic St Mark’s Square.

Pressure to pass a ban on large vessels has been mounting for years, reaching new heights in 2019 when the cruise ship MSC Opera collided into a harbour and tourist boat, injuring five people in the process.

However, no action has been taken until now, spurred in response to a request from UN cultural body UNESCO. Italian ministers described the move as “a correct decision, awaited for years”, made to “protect a historical and cultural heritage not only of Italy but of the whole world”.

Instead of ploughing through the city centre, cruise ships will now follow a canal used by commercial shipping to dock at the industrial port of Marghera, adjacent to the historic world Heritage Site.

This route will be used until a permanent solution is found, as the government holds what it describes as a “call for ideas”, a competition seeking options for an alternative cruise terminal in the city.

A temporary ban was already in place due to coronavirus restrictions, halting the passage of some 1.6 million tourists that rumbled in to Venice on circa 700 cruise ships each year, something that is said to have already improved both the water quality of the lagoon and the quality of life for some residents. 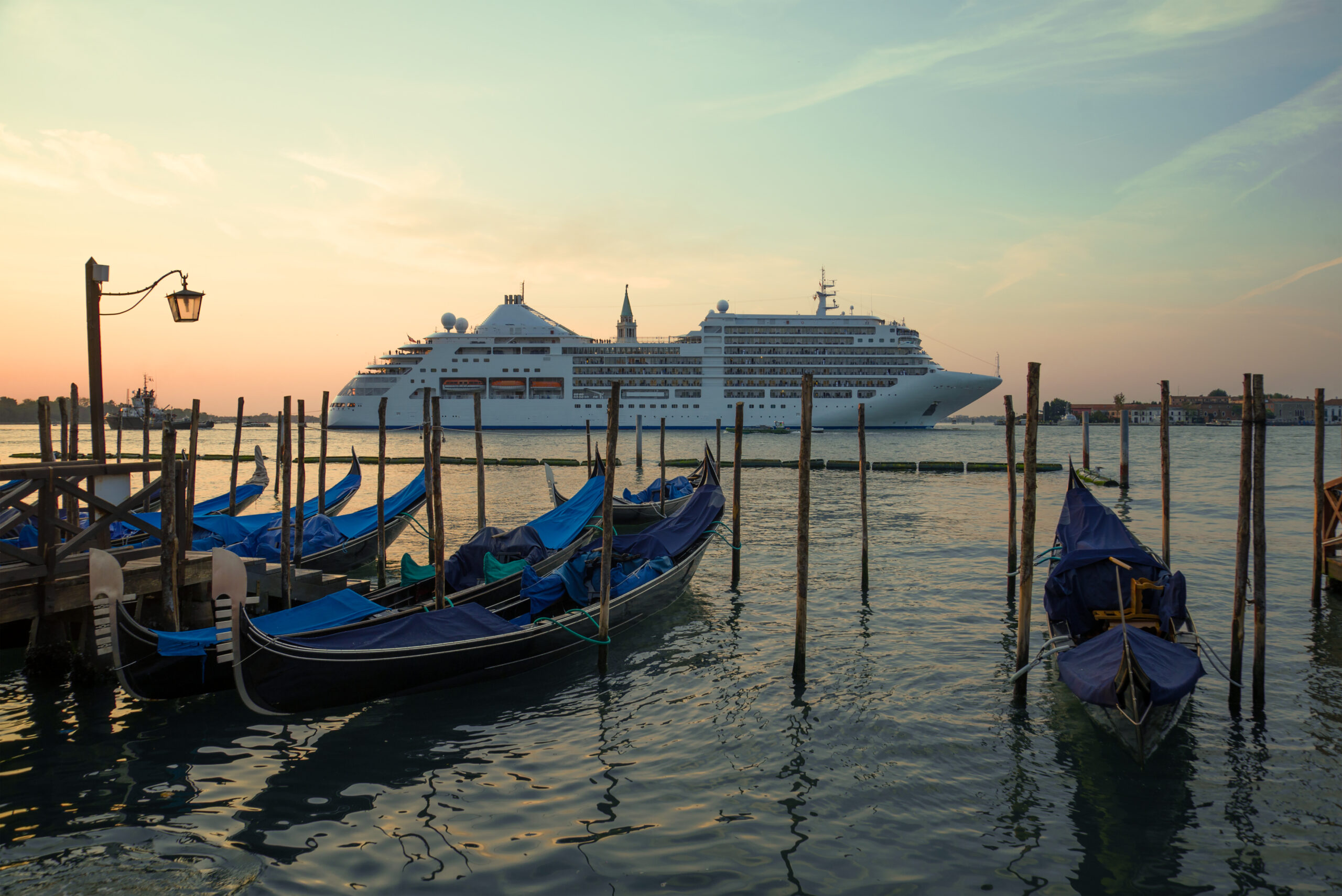 Neil E Robbins, writing in The Guardian cites “careless industrialisation, an excess of motorised tourist traffic, pollution and the regular flooding known as acqua alta, which has been only partly addressed by the MOSE floodgates installed at the entrances to the lagoon,” as just some of the abuse Venice has suffered during the past decade.

The ban, hoped to go some way to addressing these and further environmental concerns, including the water quality of the lagoon and the protection of Venice’s extraordinary architecture, comes after the city  implemented a control room to monitor footfall at tourist hotspots earlier this year (read Globetrender’s full report here).

Venice depends on tourism and was hit hard by the pandemic. An estimated six thousand jobs have been lost, with a host of shops and hotels now closed for good. In a precarious balancing act, the city needs to manage the livelihood of its citizens, the city they live in and the ecosystem in order to thrive.

Ralph Hollister, associate tourism analyst at GlobalData, tells Cruise Trade News that while the new measure will reroute cruise ships away from the centre, this isn’t likely to achieve the objective of protecting the city’s centuries-old buildings and limiting overcrowding.

“Rerouting cruise ships away from Venice’s centre will give local residents the impression that their complaints have been taken on board,” says Hollister. “However, it is probable that redirected tourists will commute to the central islands via large coaches and taxi services instead.

“This will spread the issue of over-tourism to new areas outside of the centre, creating traffic congestion that will pollute suburban areas.

“The combination of utilising ports away from central Venice and a new measure requiring day-trippers to pay an entrance fee up to US$11 from September are unlikely to effectively combat over-tourism. Mass visitation remains important for the local government; tourism is worth 11.4 per cent of Venetian GDP.

“The local government may continue to ride the tourism wave until the effects become irreversible to the city’s fragile structure.”