Norwegian citizens can now enjoy a new, modern passport design, courtesy of branding and design agency Neue. The tri-color makeover features a sans serif typeface, along with the national crest in gold on the cover.

In one scene, a mountain landscape gives way to the Northern Lights when viewed under a UV bulb (a particularly clever idea). 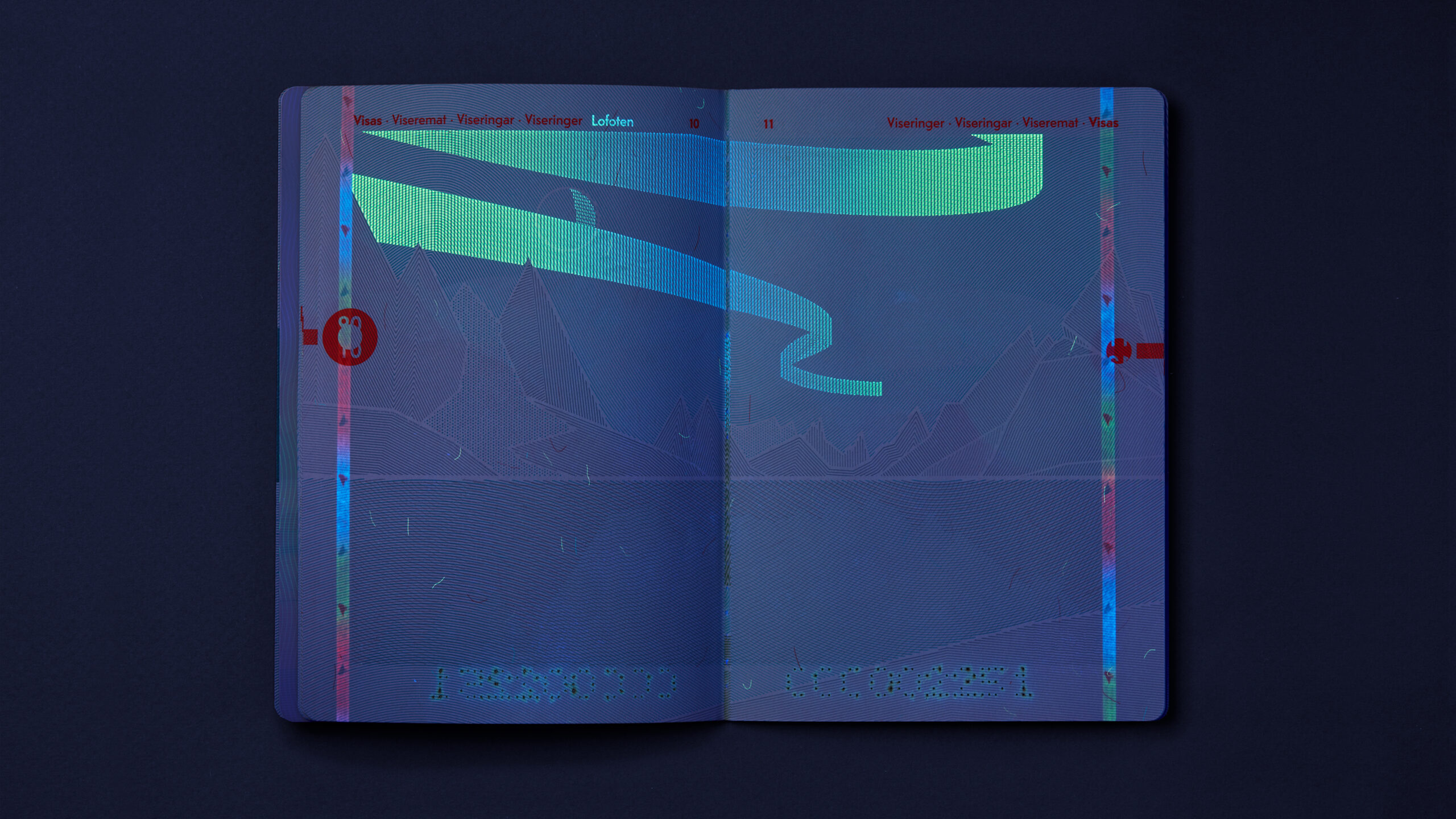 The scenes were chosen both for their natural beauty and to remind passport-holders about Norway’s major fishing and hydroelectric industries. 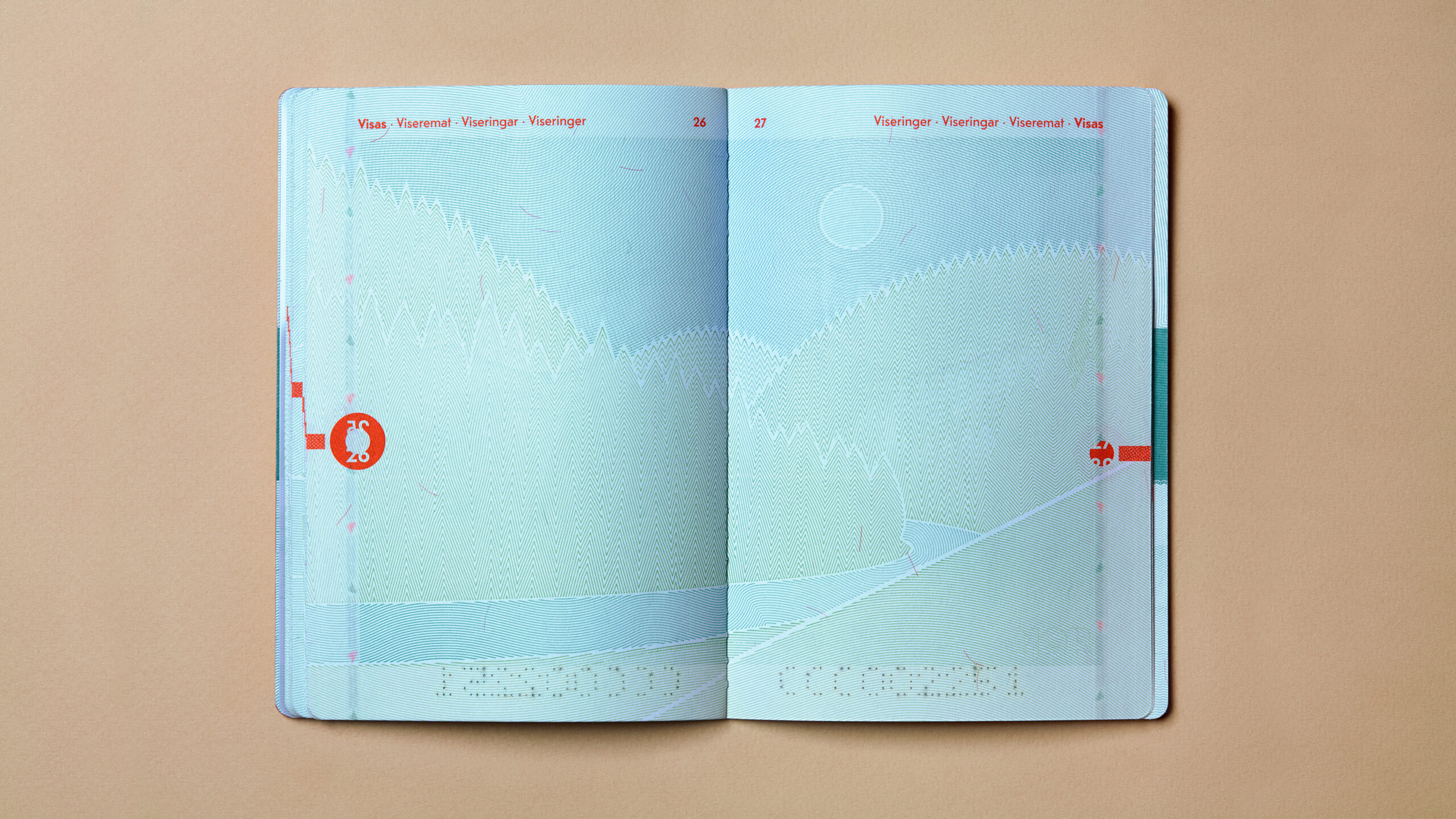 With the majority of global passports having dark blue, green, or red covers, Neue’s bright alternatives will make the Norwegian design stand out. The hues are also color coded, with vermillion as the national passport color, white for emergency passports, and turquoise reserved for diplomats, government officials, and the royal family. 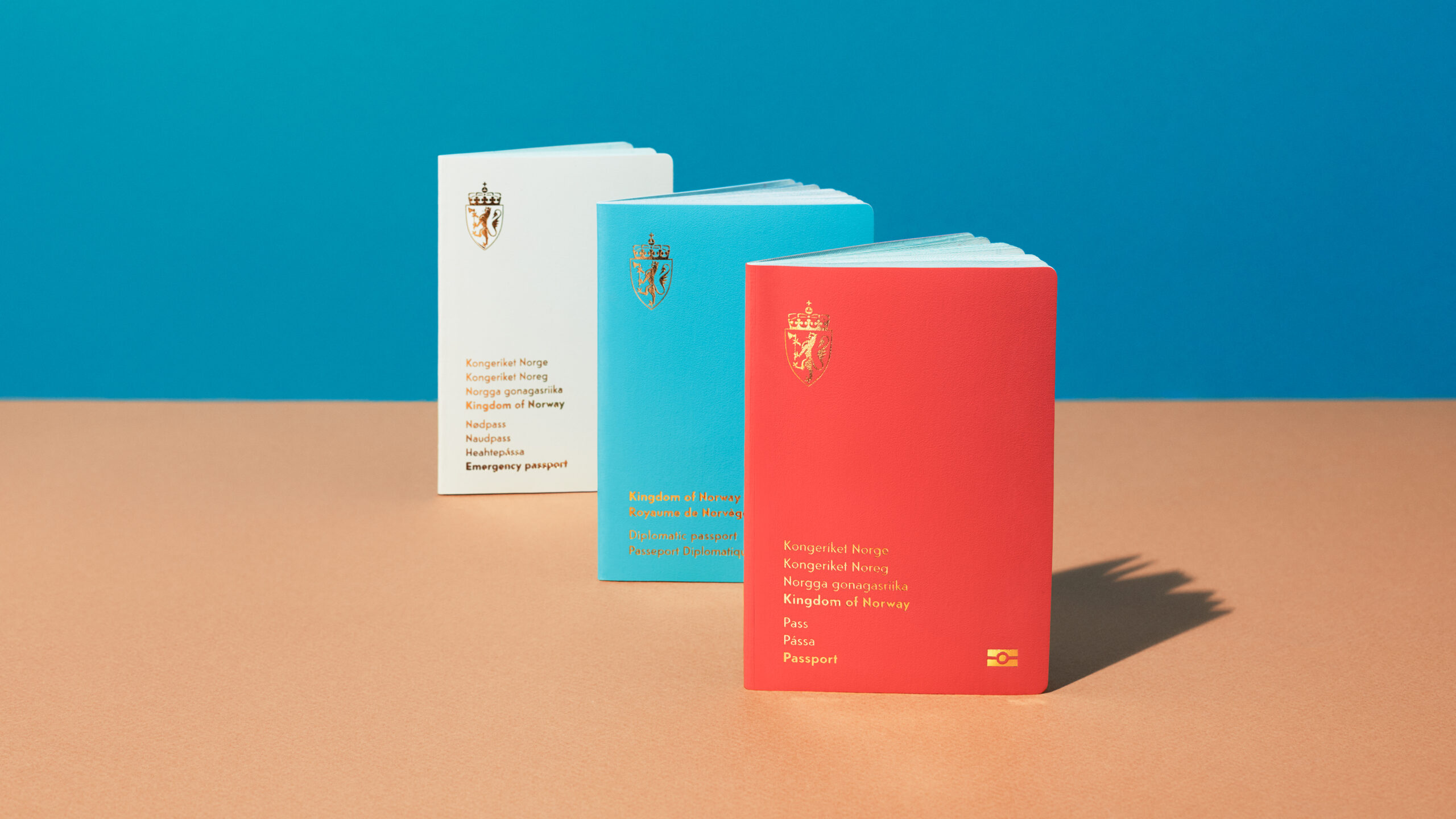 After winning the contract to design them back in 2014, Neue will now be able to see them released to the public. Six years ago, the competition laid out several design criteria, including a clear expression of Norwegian identity, maintaining traditions, long-term relevancy, high functionality and universal design. 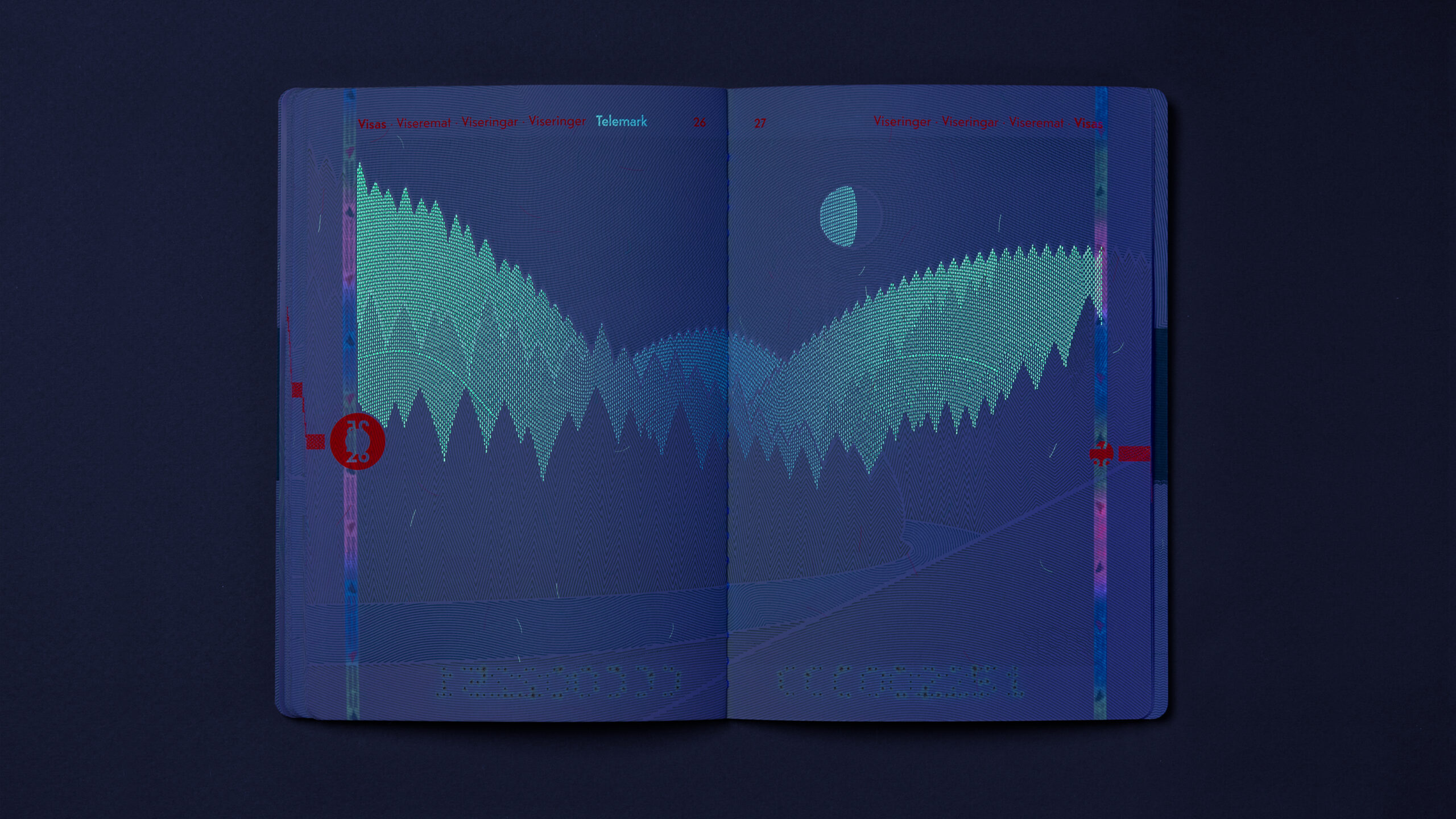 “All Norwegians are so connected to nature, it’s a very strong part of our history and defines us as a country,” Gørill Kvamme of Neue told The Guardian, “[the design] represents the vast variety of nature and landscapes you find in Norway … which makes it relevant to all of us whether you have always lived there or just received your citizenship.” 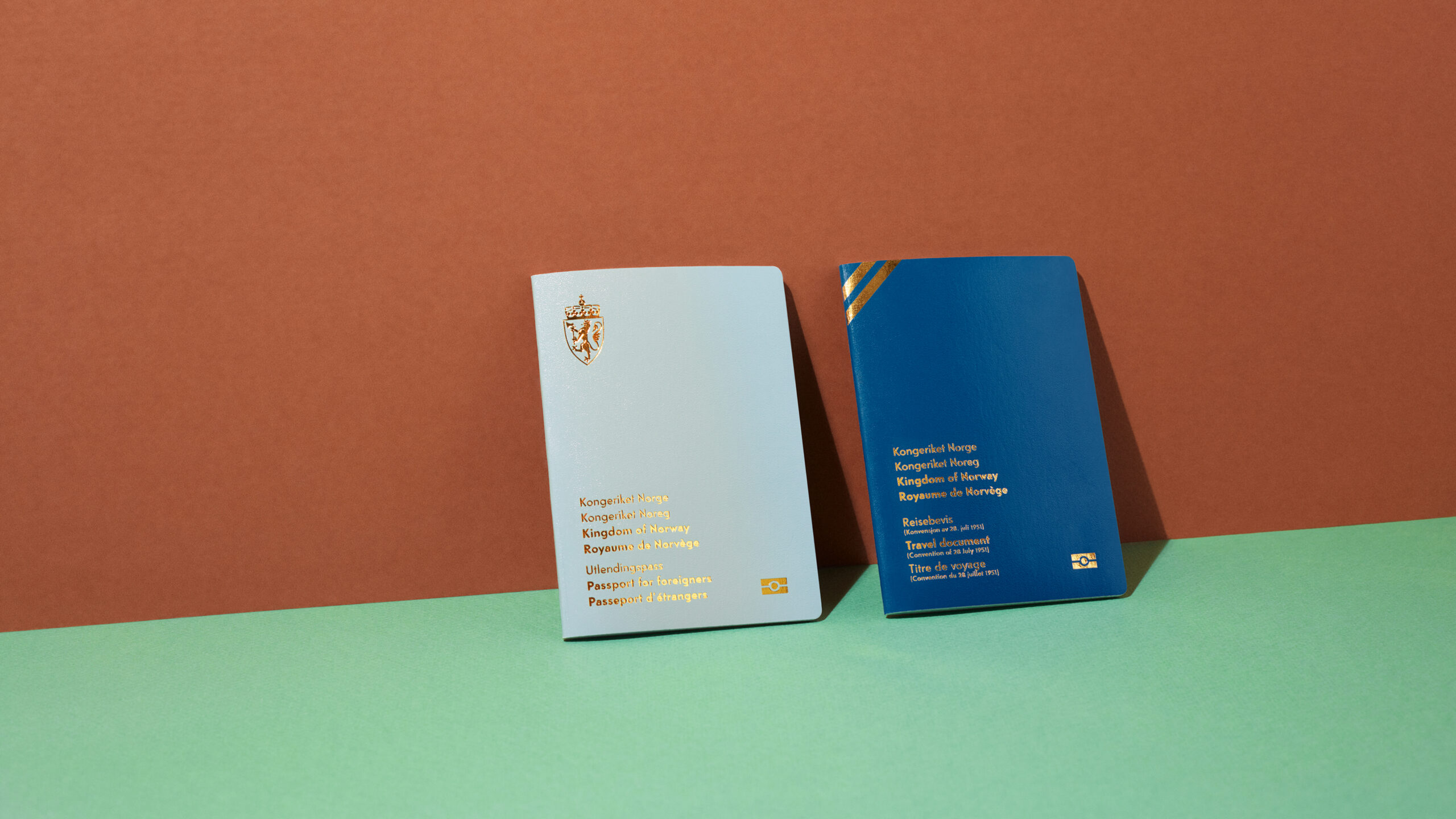 Praising the design, the Norwegian National Police Directorate, who chose the winning bid, told The Guardian: “It both illustrates the Norwegian identity and makes sure the passport will be viewed as document of high value.

“The design is attractive and stylish, the colours are subtle and the abstraction of the landscapes are exciting. Aesthetically, the landscape motifs have been given a distinctive look. The jury appreciates the simplicity of the solution.” 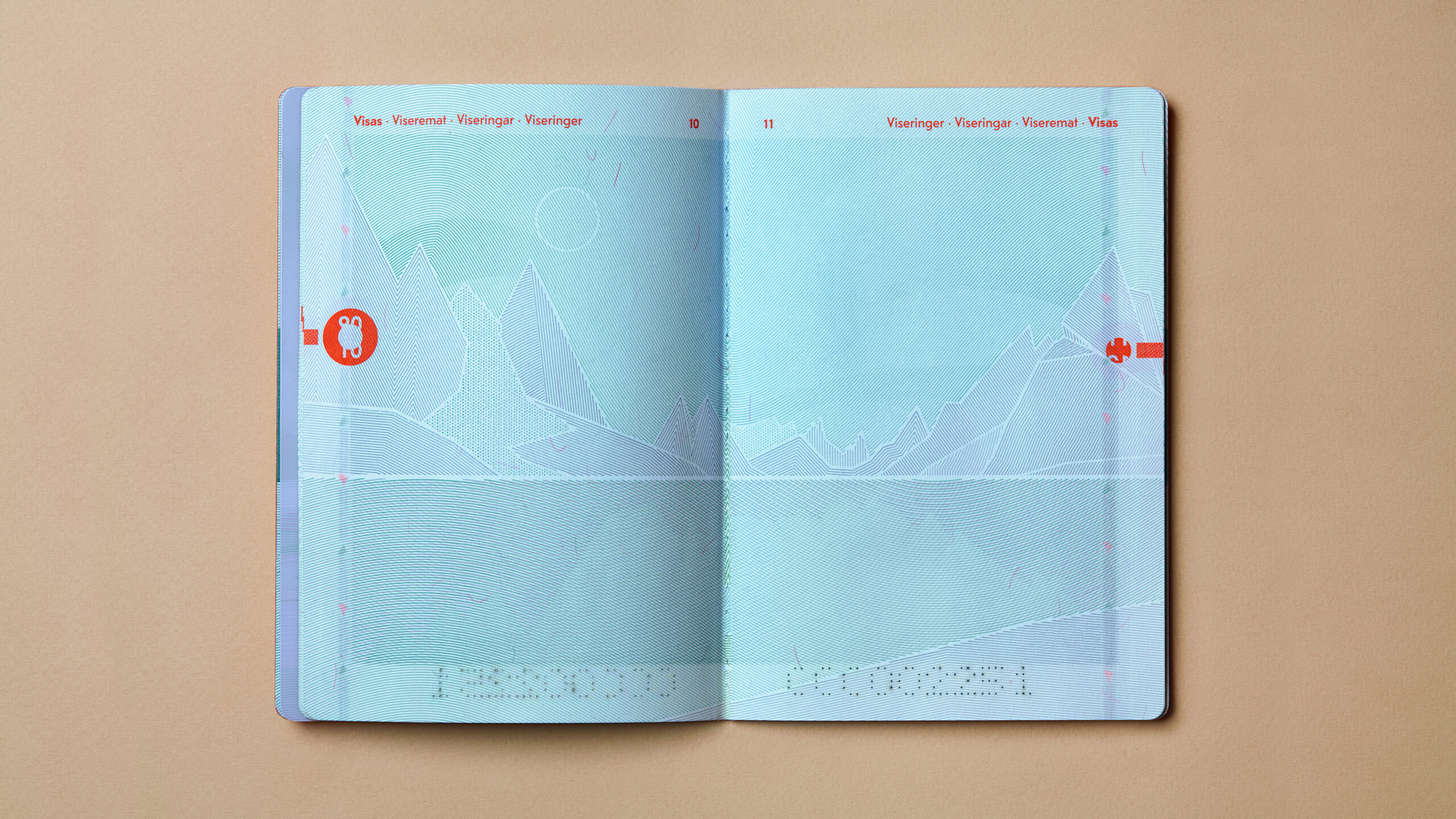 Since winning the competition, Neue has worked with the Norwegian government to make sure that its design meets industry standards for passports. The finished product includes undisclosed increased security and forgery protection measures, intended to prevent ID misuse, human trafficking and terrorism.

On October 19, 2020, the first new passports were issued to minister of foreign Affairs Ine Eriksen Søreide and minister of justice and public security Monica Mæland.

“I look forward to taking this nice passport with me on my next trip abroad,” said Minister Søreideat the time. Adding: “The most important thing about the new passport series, however, is the security elements, which make it even more difficult to forge Norwegian passports.” 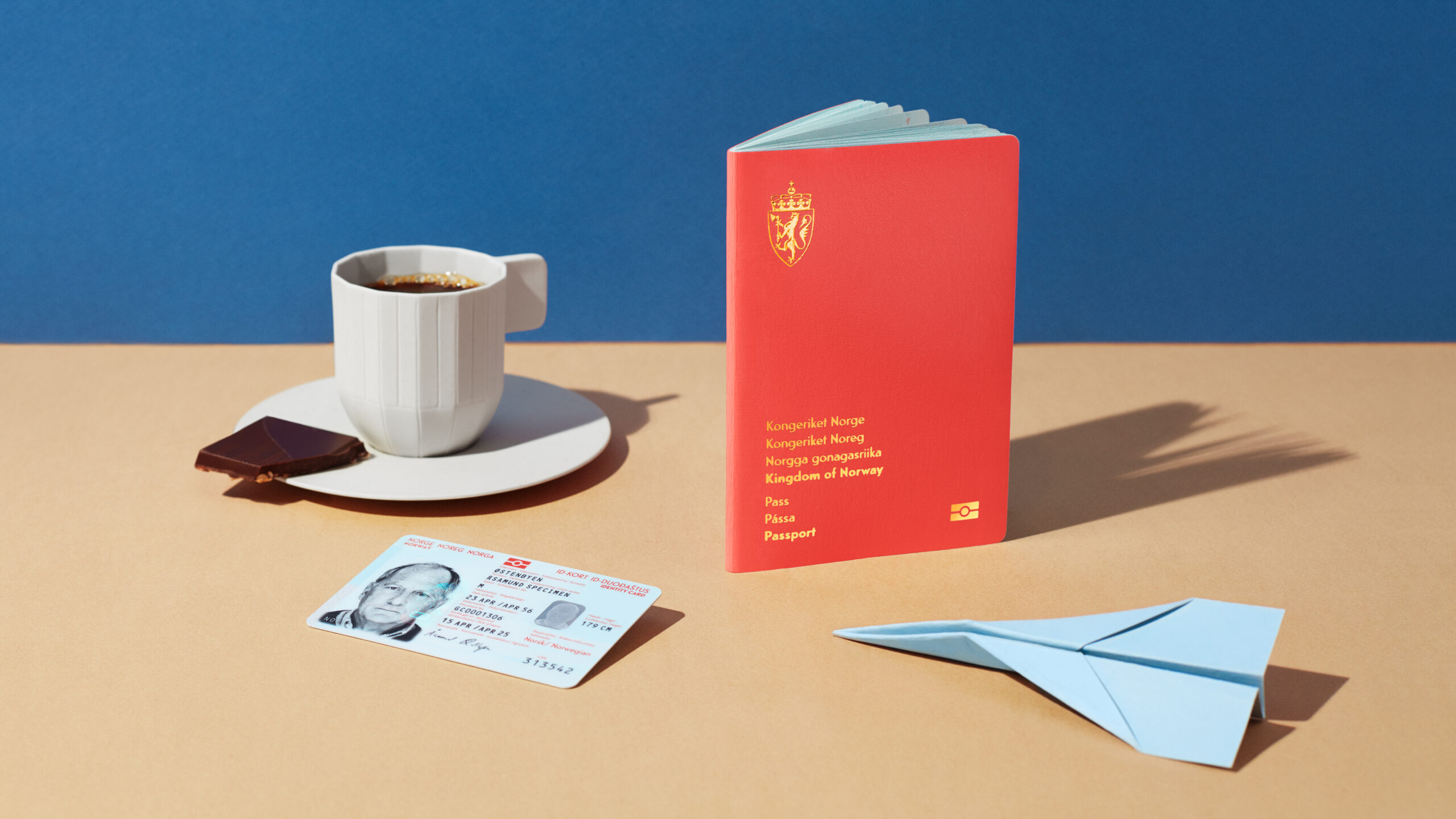 Valid passport holders do not have to apply for a replacement until their current one expires.

Norway’s currency has also enjoyed a recent makeover. Since 2017, the government has phased in new kroner notes, featuring bold colors and pixelated imagery. The designs were selected via a competition process similar to Neue’s passport bid, and come from studios Snøhetta and the Metric System.

Earlier this year, Britain began issuing new dark blue passports (as a replacement for existing burgundy ones) in preparation for its official leaving of the EU in January 2021.

According to the BBC, blue passports were introduced in 1921 and phased out after 1988 when members of the then European Economic Community agreed to harmonise designs.

Home Secretary Priti Patel said the passport will “once again be entwined with our national identity”. Adding: Brexit has given the UK “a unique opportunity to… forge a new path in the world” and enabled a return to “the iconic blue and gold design”.