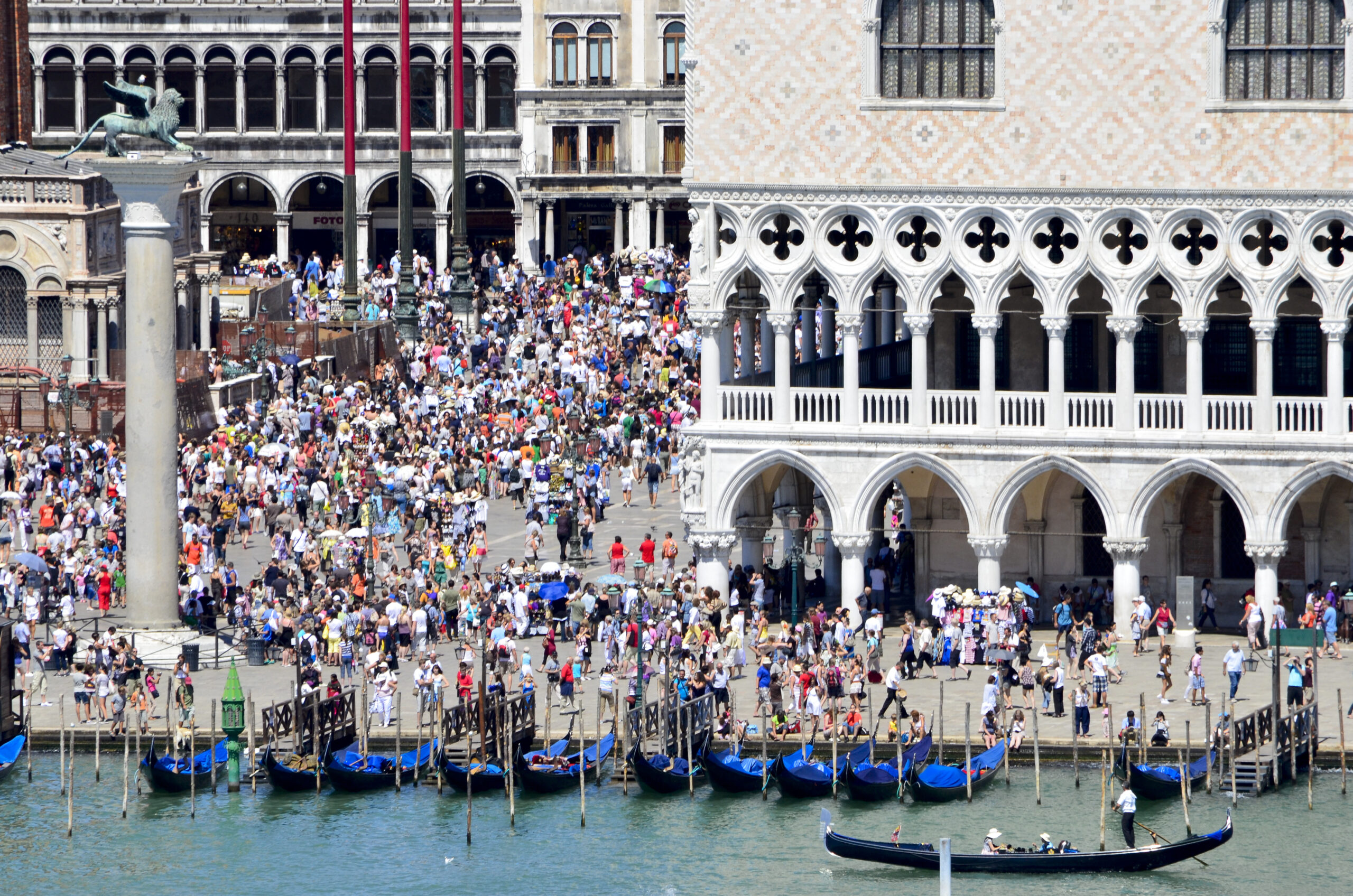 A control room has been set up in Venice to track tourists and monitor footfall around the city, in a bid to tackle overtourism. Rose Dykins reports

City officials in Venice will monitor tourism traffic from a control room, taking a data-driven approach to managing overcrowding at tourist hotspots

The £2.7 million facility on Venice’s Tronchetto island lets city officials tap into tourists’ mobile phone data and keep track of where they are from, where they go, and what they do while they are in Venice. The rest of the tourists’ data remains anonymous (though there have still been concerns about data privacy).

The idea behind the control room is to track tourist traffic around Venice to see how many people congregate in different areas, how long they stop for and where, and what methods of transport they use.

The eventual aim is for the data to be harnessed so that authorities can get a more granular understanding of overtourism patterns in the city.

For example, it may be used to divert tourists from busy areas in advance, charge for entry to public attractions at their busiest hours, or activate the city’s turnstiles at peak times – so the pedestrians and citizens are able to move more easily around their city.

Overtourism has long been a social problem in Venice, which, before Covid-19, was attracting more than 80,000 tourists per day – despite having a population of just 50,000.

In March 2020, following lockdown measures, there were reports of dolphins swimming in Venice’s canals. The water became the clearest it had been in 60 years, as lockdown measures meant less boats on the canals. While the sharp drop in tourism revenue was devastating for the city, locals also had a unique chance to have the city to themselves without the crowds.

As the city gears itself towards welcoming visitors again, Venice is embracing the opportunity to do things differently, and manage tourism to the city in a more sustainable way – the the pandemic providing an opportunity to rebuild and regenerate its tourism industry. 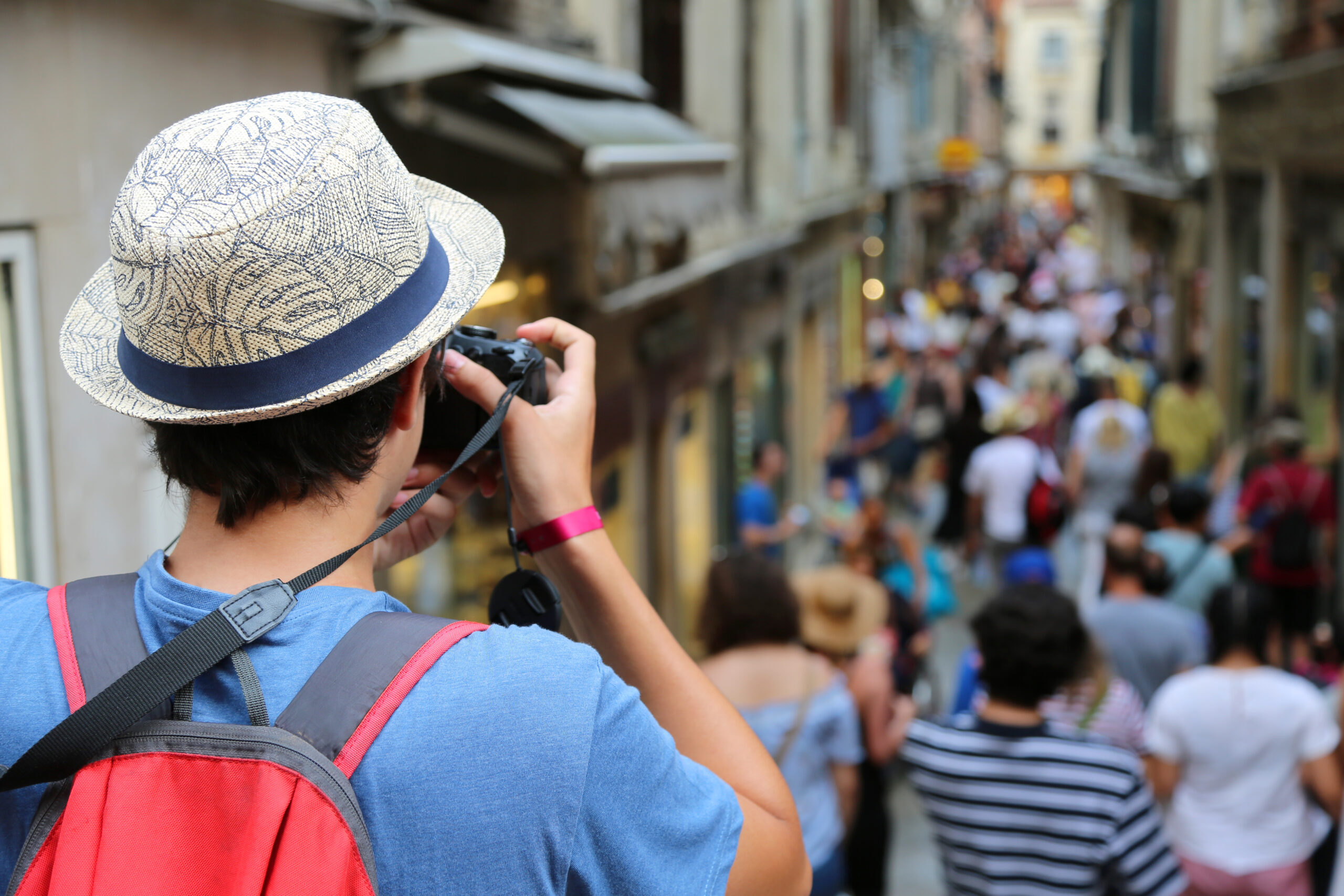 In Globetrender’s 2021 Travel Trend Forecast “Anti-social Sightseeing” was explored as a key trend for post-pandemic travel.

While travel destinations are eagerly anticipating the return of tourism, it’s important that crowds need to be managed more carefully and safely than ever before, in the era of social distancing. And the innovations relating to this also provide solutions to some aspects of tackling overtourism.

Other destinations that have used the pandemic as a chance to make tourism more sustainable include Iceland, which has built two new roads in a bid to encourage travellers to explore more remote destinations.

The aim is to limit the ecological damage caused by tourism footfall at popular sites, and make it easier for tourists to venture further. The two new roads are the Westfjords Way, which circles the Westfjords peninsula, and the Diamond Circle, which provides access to waterfalls and wildlife in the north of Iceland.

Meanwhile, New Zealand’s ongoing “Do Something New” marketing campaign aims to inspire domestic travellers to look beyond the well-known tourist hotspots around the country, and seek out new places beyond the typical Instagram-inspired itineraries, asking audiences to “think beyond the square“.

Also in Italy, Florence has decided to scatter artworks from its famous Uffizi gallery all over Tuscany, to encourage tourists to go beyond the confines of the city and not congregate around the same statues and paintings to try and snap selfies.

According to CNN Travel, the “Uffizi Diffusi” project (meaning “scattered Uffizi”) is a reimagining of Italy’s “scattered hotel” concept, in which individual “rooms” are located in different houses of a village.

“In this project, artworks stored in the Uffizi’s deposit will be put on show throughout the surrounding area of Tuscany, turning Italy’s most famous region into one big ‘scattered’ museum. Towns and villages around Tuscany are now nominating buildings that could potentially become exhibition spaces.

“Uffizi director Eike Schmidt told CNN Travel that the idea had come to him during 2020’s lockdown, and that he’s spent much of the time that the museum has been closed working out potential sites and artwork pairings.

“The aim? To ‘create a different type of tourism,’ he said, adding that for locals, it will ‘ground culture in people’s daily lives’. ‘Art can’t survive on big galleries alone,’ he added. ‘We need multiple exhibition spaces all over the region – especially in the places where the art itself was born.'”