Abiboo Studio has designed a self-sufficent mega city on Mars

Abiboo Studio has given Mars a habitable makeover with a series of five self-sufficent cities complete with bio-domes for growing vegetation and an artificial mountain. Olivia Palamountain reports

Back in 2018, NASA chief scientist Jim Green told USA Today that humans will “absolutely” be on Mars in the future. The first person to go to the Red Planet is likely living today, he added. To date, however, no proof of past or present life has been found on the planet.

If Green is proven right, what will life on Mars look like? To explore this conundrum, the Mars Society, in association with the SONet network, created an architecture competition to put experts to the test, in a similar way to NASA’s 3D-Printed Habitat Centennial Challenge, which tasked contenders with designing homes for humans to live in on the Red Planet. Read Globetrender’s coverage here.

Working alongside academics and other members of SONet, the architects in the Mars Society competition developed structures that protect inhabitants from the radiation on Mars, ensure indirect access to sunlight, protect from potential impact from meteorites, and solve the atmospheric pressure difference between the inside and the outside of the buildings, says Design Boom. 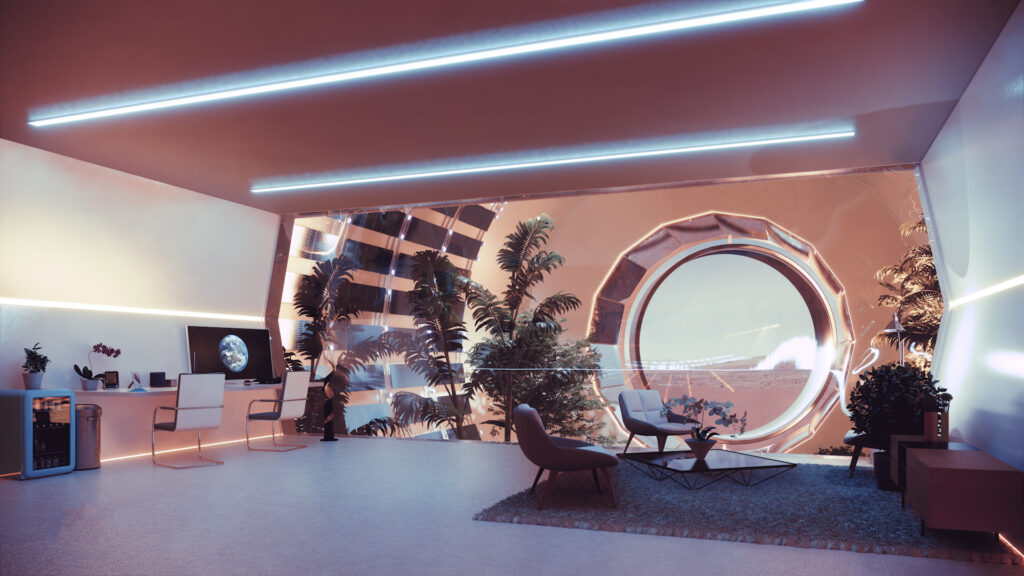 Furthermore, the urban configuration had to consider life support systems such as food, air, and water production.

Abiboo Studio, an award-winning design firm headquartered in Spain, the US and India, is one practice with an ambitious answer to life on Mars.

According to Design Boom, Abiboo chose the side of a cliff on mars to build a vertical city, with the design and construction systems a result of the planet’s harsh conditions. 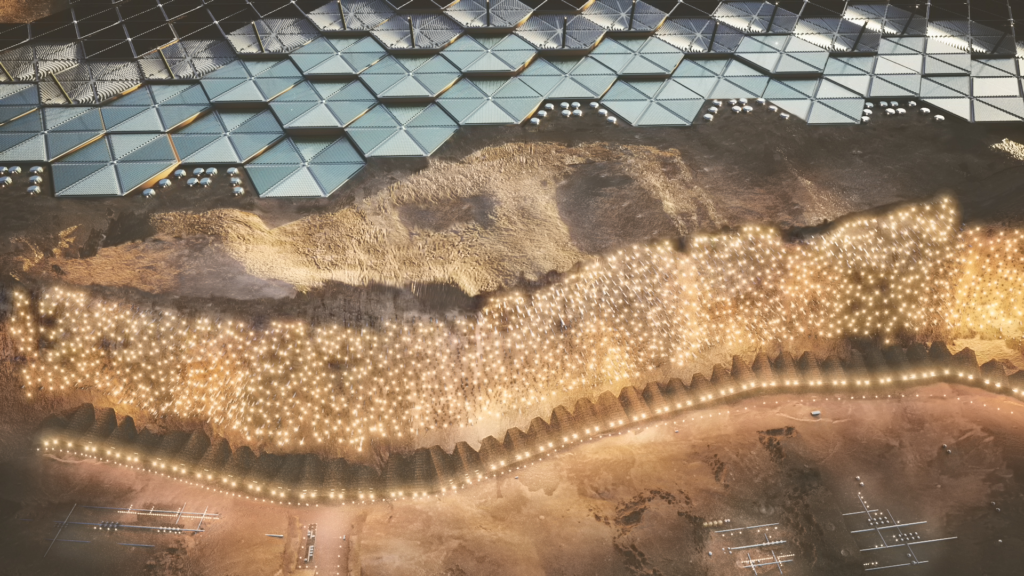 “If we were to construct the buildings as on Earth, the buildings would tend to explode from the pressure,” Alfredo muñoz, founder of Abiboo told the publication. “The solar and gamma radiation on Mars forced us to build spaces that are not directly exposed to the sky.” 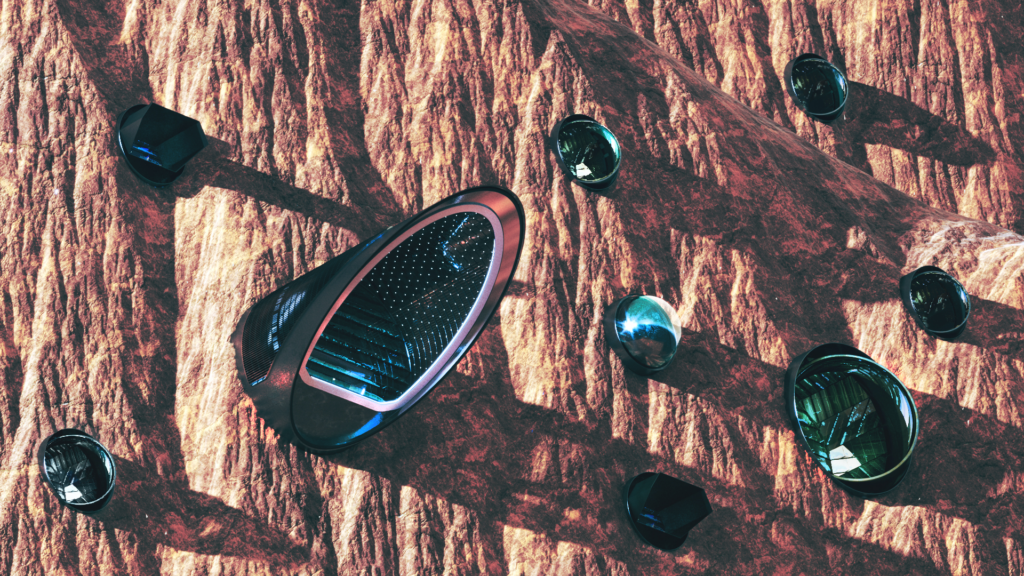 Abiboo’s design includes five cities, with the city of Nüwa as their capital. Each city accommodates between 200,000 and 250,000 people and will be self-sufficient and sustainable.

Nüwa sits on the slope of a martian cliff with abundant water access (key to human survival on Mars), protected from radiation and exposed to indirect sunlight. 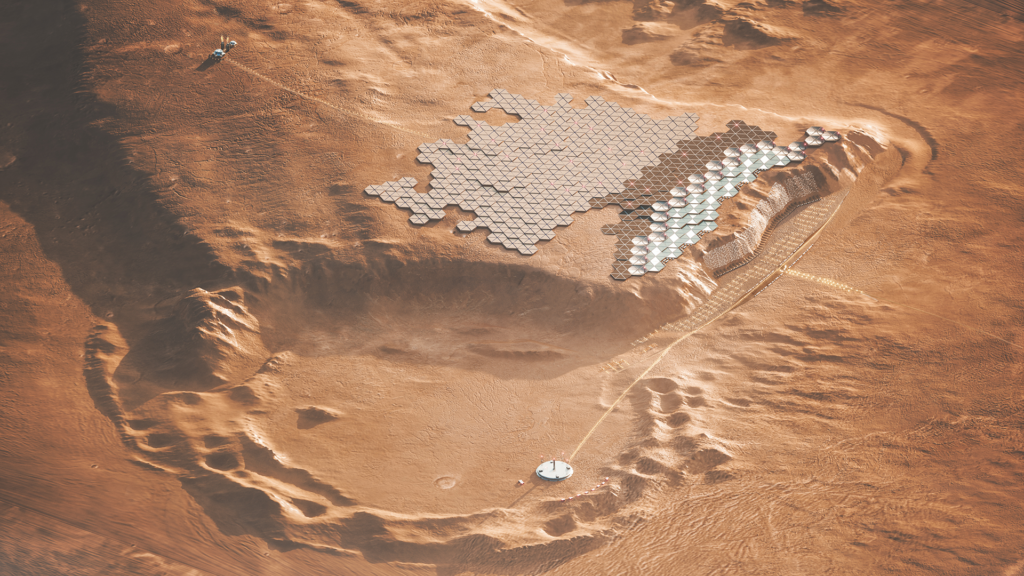 Excavations inside the rock of the cliff called “macro-buildings” are joined by “modules” for living. All “modules” contain areas for residential and work activities, as well as green areas and urban gardens with animals and bodies of water designed to provide physical well-being, and spaces for art.

To create an emotional connection with Earth, the design team has included two vast, natural spaces called “green-domes” – one for recreation and the other for cultivation. 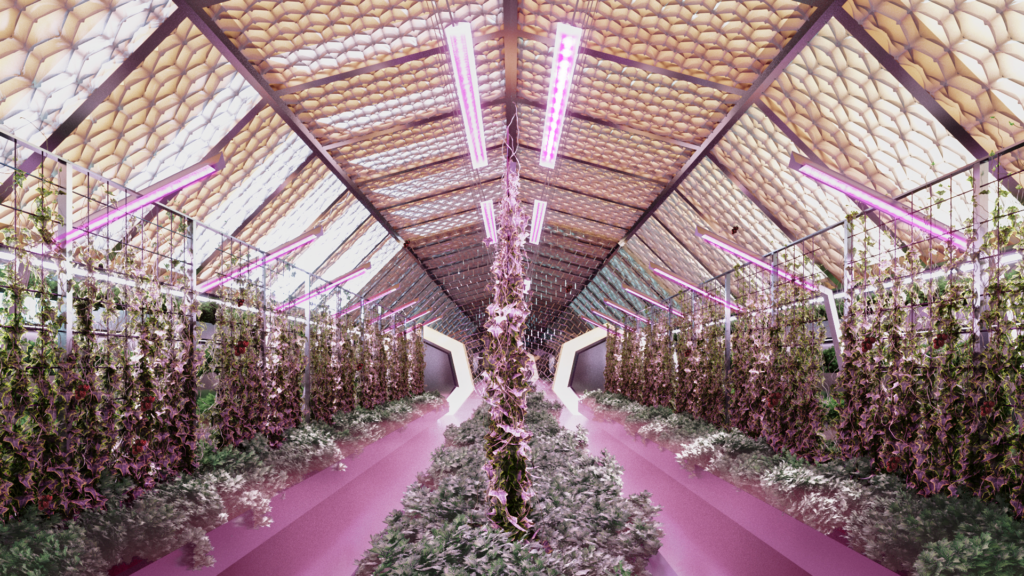 In the valley below are structures to house hospitals, schools and universities, sports and cultural activities, shopping areas, and train stations that communicate with a space shuttle. An artificial mountain created acts as a visual frame for the city, and contains auxiliary energy systems, storage, and parking for rovers and intra-city trucks. 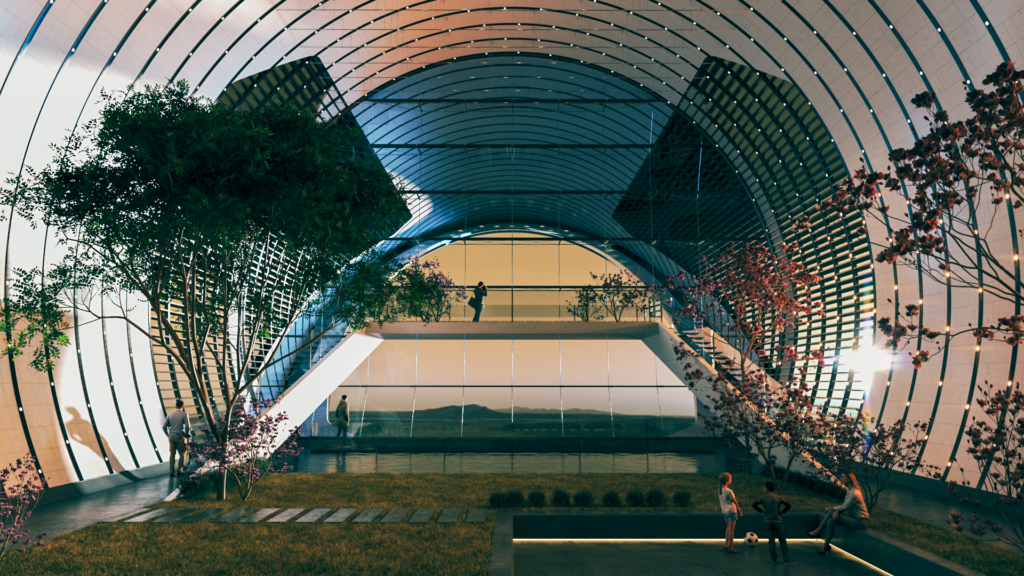 Interest in colonising further planets in our solar system is nothing new. Back in 2015, Globetrender reported on Nasa’s year-long isolation experiment in preparation for a mission to Mars. 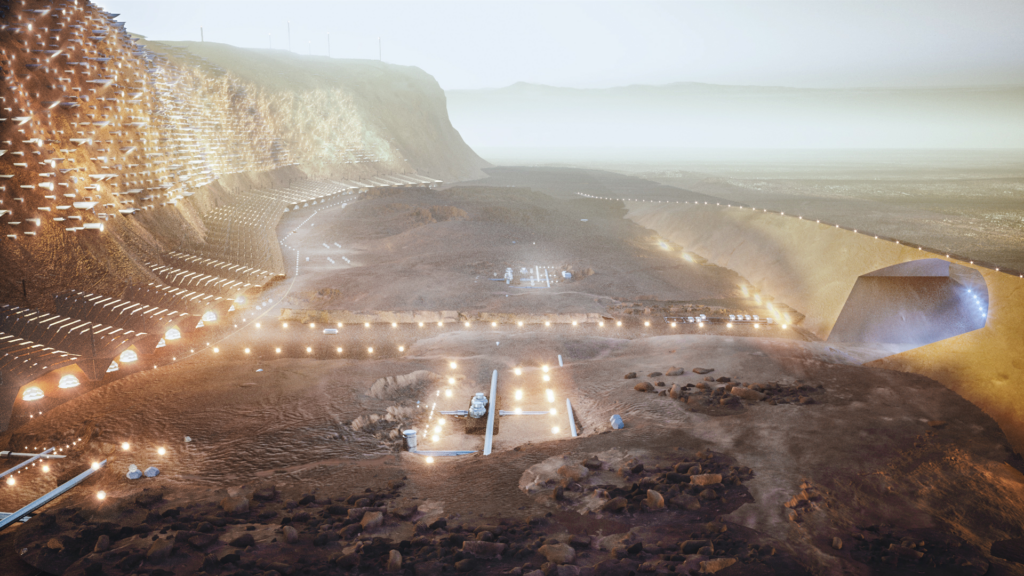 An abridged three-day version of this adventure was brought to the people in 2019, care of Spanish interplanetary agency Astroland and its Life on Mars experience package, a €6,050 Red Planet-inspired romp that took place in caves in northern Spain.