Three men and three women will live in an 11-metre wide sealed dome by a volcano in Hawaii, having to don full space suits if they want to go outside.

The NASA recruits moved into the dome on Friday August 28, and will have no fresh air, almost no privacy and no fresh food for 12 months.

The group is made up of a journalist, a soil scientist, an architect, a pilot, a physicist and an astro-biologist, and the isolation experiment will be the longest of its kind to date.

Each person will live on provisions such as dried cheese and tinned tuna, and will have a small bed to sleep on and a desk for working. 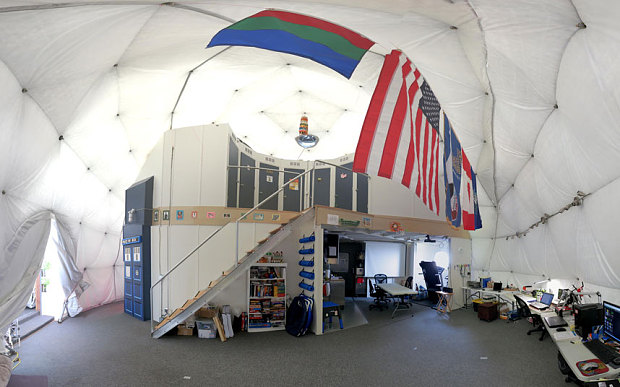 NASA will be interested to see how the humans cope with such an existence, as it prepares for a manned mission to Mars one day in the future. It’s estimated that a voyage could take one to three years. Shifts on the International Space Station last six months.

In June, another team of NASA scientists emerged from a dome on the same Mauna Loa volcano after eight months in isolation.

University of Hawaii professor Kim Binsted, principal investigator for the study, was reported to have said: “Astronauts are very stoic people, very level-headed, and there’s a certain hesitancy to report problems. This is a way for people on the ground to detect cohesion-related problems before they become a real issue.”

The team kept fit my taking part in group yoga and workout sessions, and by running on a solar-powered treadmill. They were only allowed to spend six minutes a week showering. One of the participants described feeling like “a ghost” when she finally came out.

Between 2007 and 2011, the Russians conducted a series of psychosocial experiments dubbed Mars 500, in which volunteers lived in a metal tube to simulate an Earth-Mars shuttle space craft for six months.

A private company called Mars One is planning to colonise Mars, calling for volunteers to embark on a one-way trip as early as 2026. NASA is hoping to send a team by 2030.

The surface temperature of Mars averages minus 53 degrees celsius, experiences regular dust storms and has an atmospheric pressure of less than 1/100 that of Earth’s. The air is 95.3 per cent carbon dioxide, with no oxygen.