It may be hard to believe we will ever colonise Mars but NASA’s 3D-Printed Habitat Centennial Challenge has tasked contenders with designing homes for humans to live in on the Red Planet. Here we look at the Mars X-Home concepts from New York company Space Exploration Architecture (SEArch+).

The female-led team at SEArch+ says the Mars X-House, which takes various forms, “takes advantage of the unique capabilities of 3D printing to provide maximum radiation protection from galactic cosmic rays, while celebrating human life through vital connections to natural light and the Martian landscape beyond”.

The Mars X-House is “autonomously constructed using indigenous Martian materials to form a pioneering and durable habitat supporting future human missions to Mars”. Looking like an abode from Star Wars, one possibility is shown below… 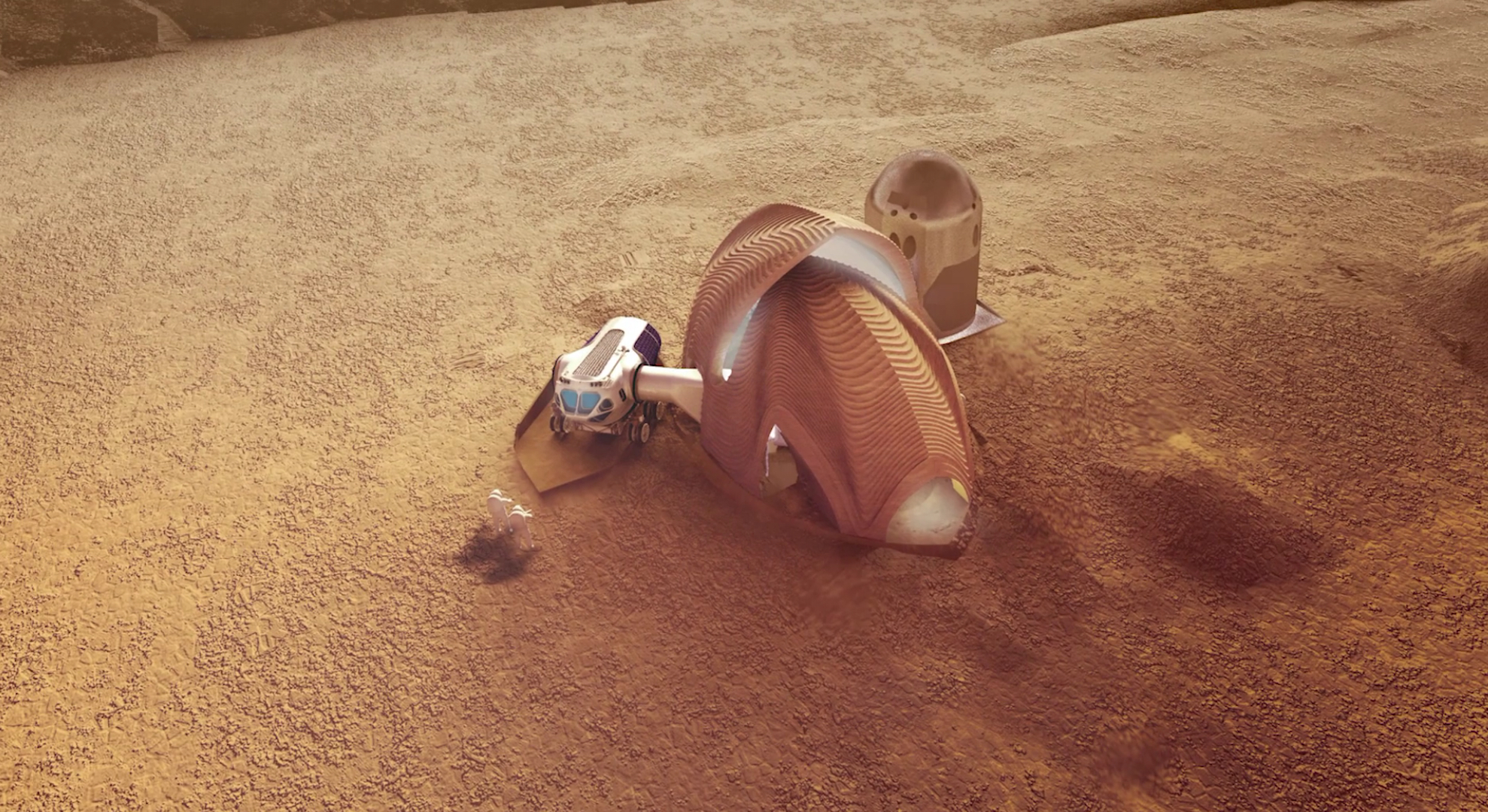 Positioned on Erebus Montes, a group of mountains in the Diacria quadrangle of Mars, these homes were inspired by Nordic architecture. They feature “light scoops” that channel refracted light in from the north, while providing protection from direct glare from the sun.

Light is transmitted through transparent, CO2-inflated window pockets and greenhouses, and viewing apertures will give residents a glimpse of the world outside. Inside, are two pressurised habitation areas for humans to live in, encased by “regolith shells” made from loose matter on top of the bedrock of Mars.

Partnering with additive manufacturing experts Apis Cor, which is already working on 3D-printed buildings on Earth, the idea is to send machinery (excavators and printers) to Mars where it will build the structures robotically, so they are there waiting for astronauts when they arrive. 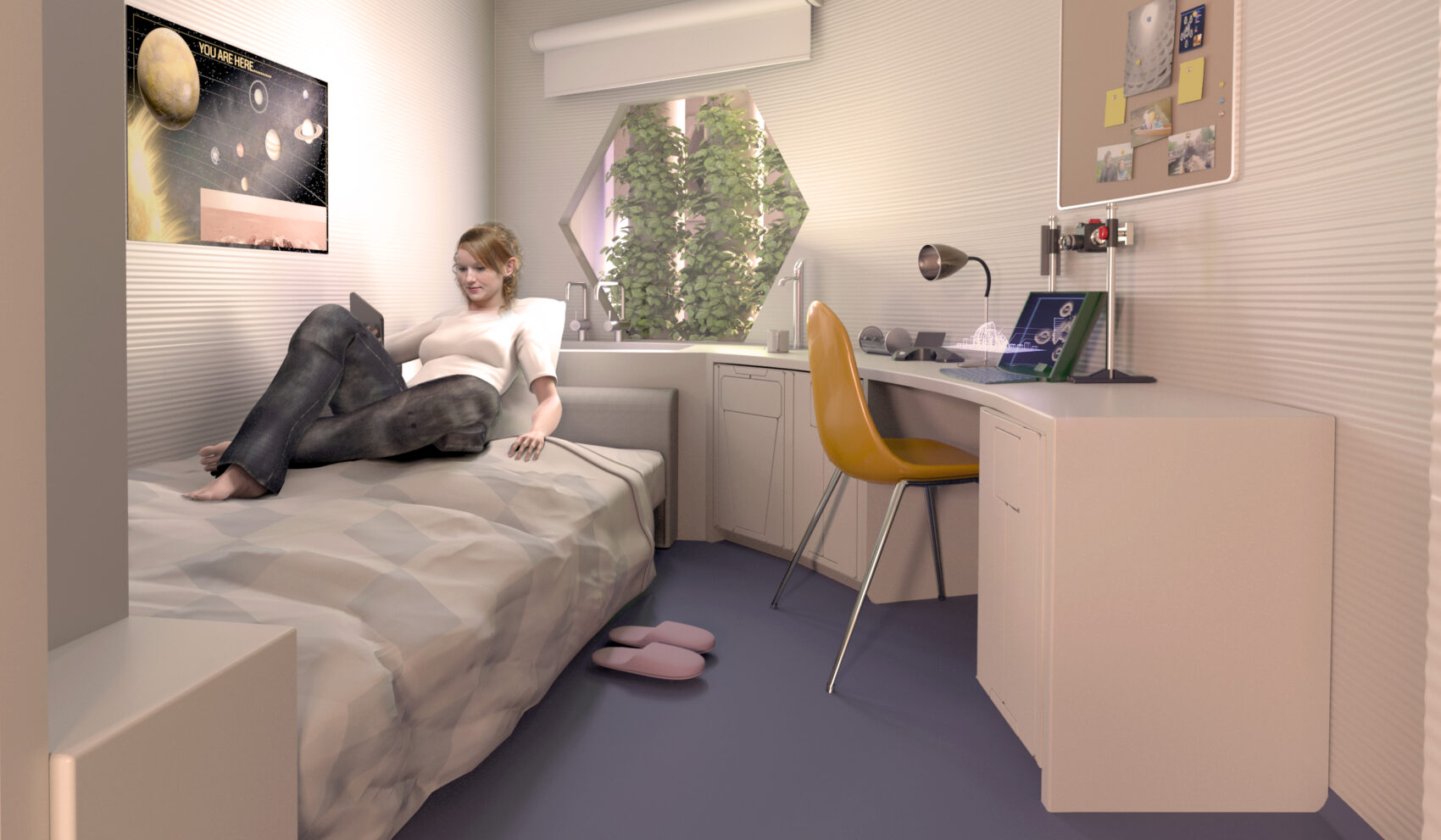 With astronauts entering the habitats directly from their Rover landing vehicles, at no point will they be exposed to the inhospitable atmosphere. Inside, there will be common rooms, greenhouses, labs, medical stations, communications rooms, wet spaces, hygiene units, kitchens and sleep ports.

SEArch+ says: “Mars X-House will enable humans to not only live but thrive above the Martian horizon.” 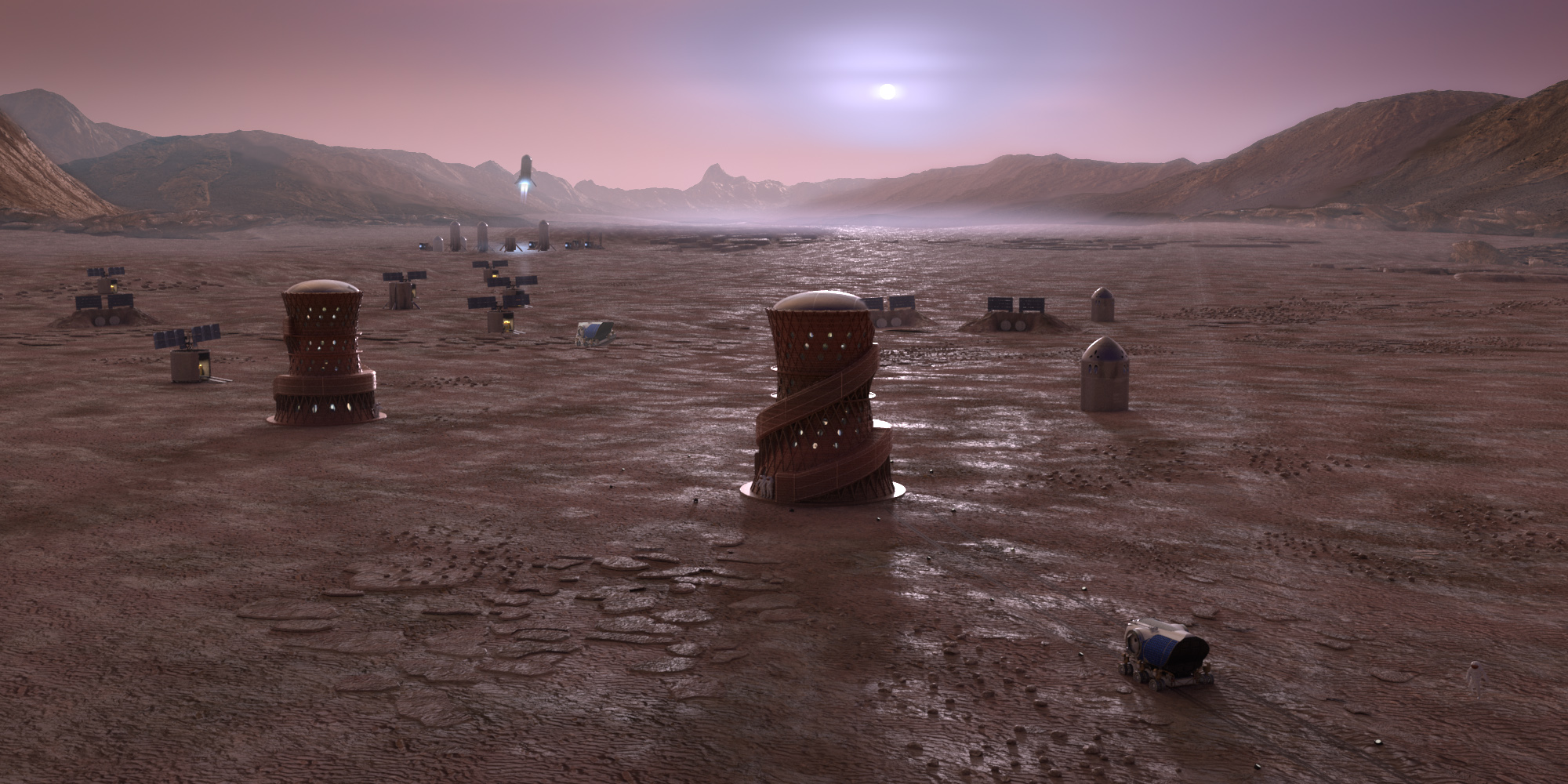 Winning the “Virtual Construction” stage of the challenge, SEArch+ then came up with another version of the Mars X-House that takes the form of a tower with an external spiral staircase and little hexagonal windows. 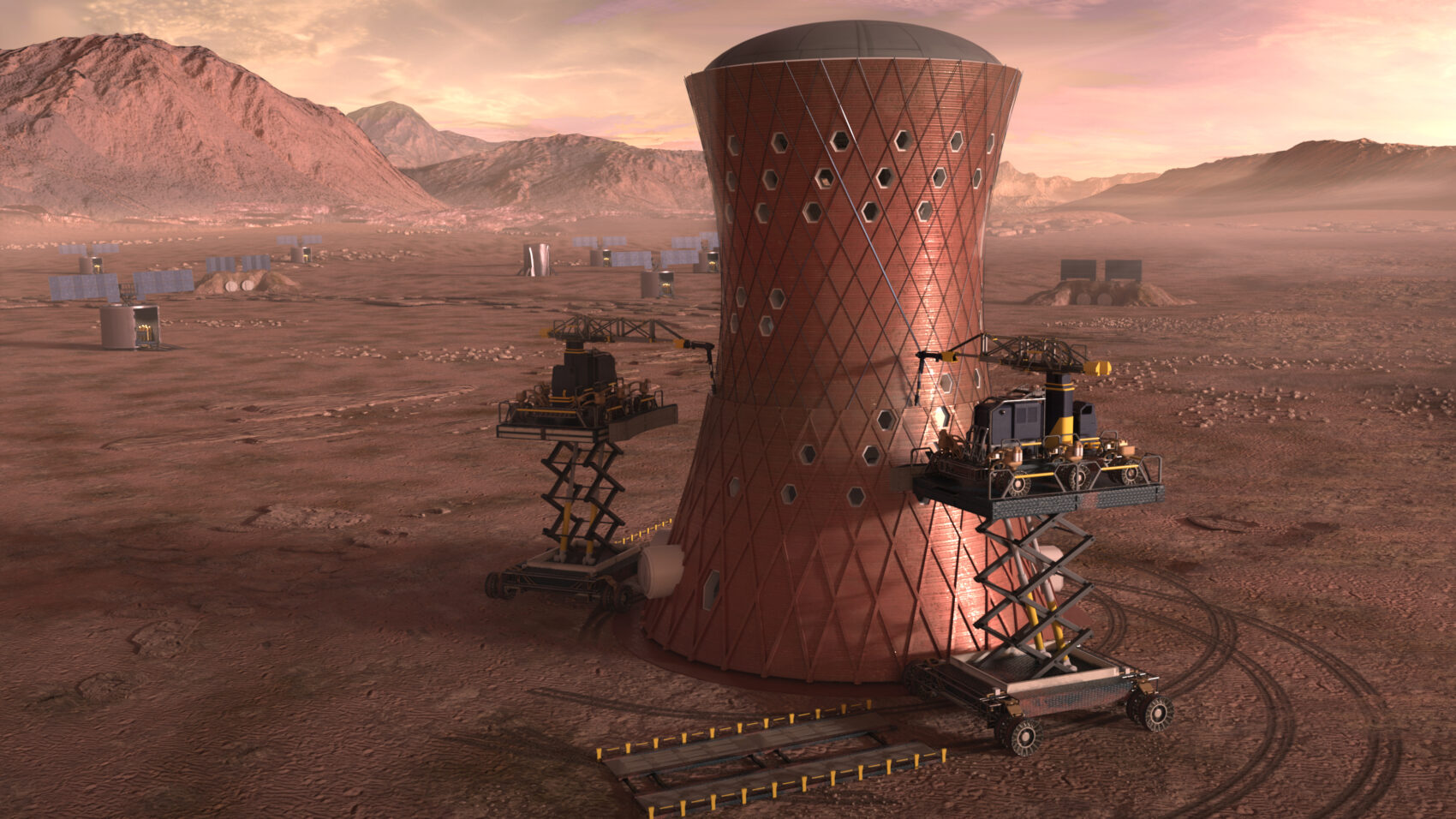 The unique shape of the “hyperboloid” tower allows for complete reinforcement from the top to the bottom. 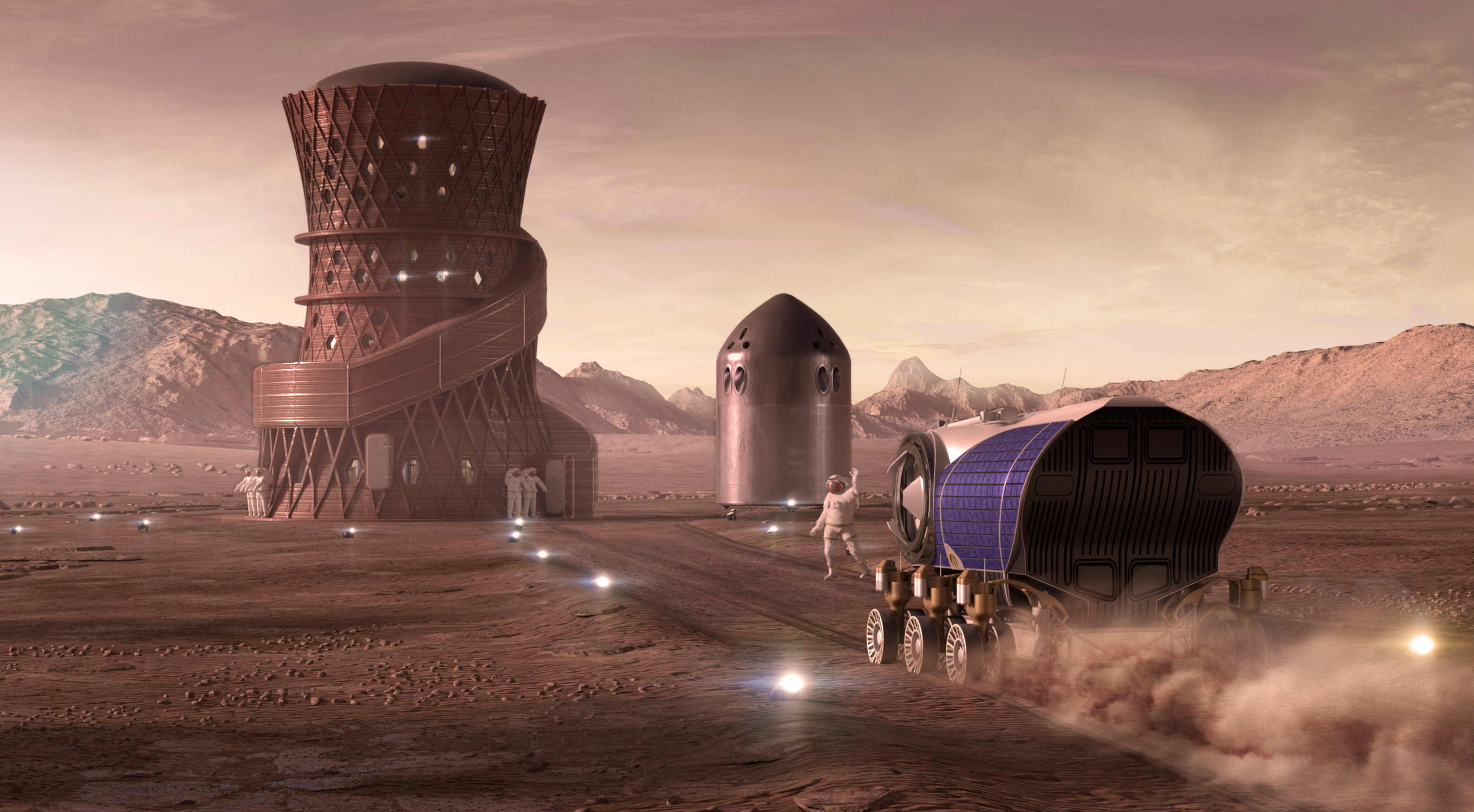 Inside will be vertical gardens that reuse grey water, showers and toilets, workspaces under the windows, cooking zones and bedrooms. It will be suitable for a crew of four to live and work in on Mars for the duration of one Earth year. 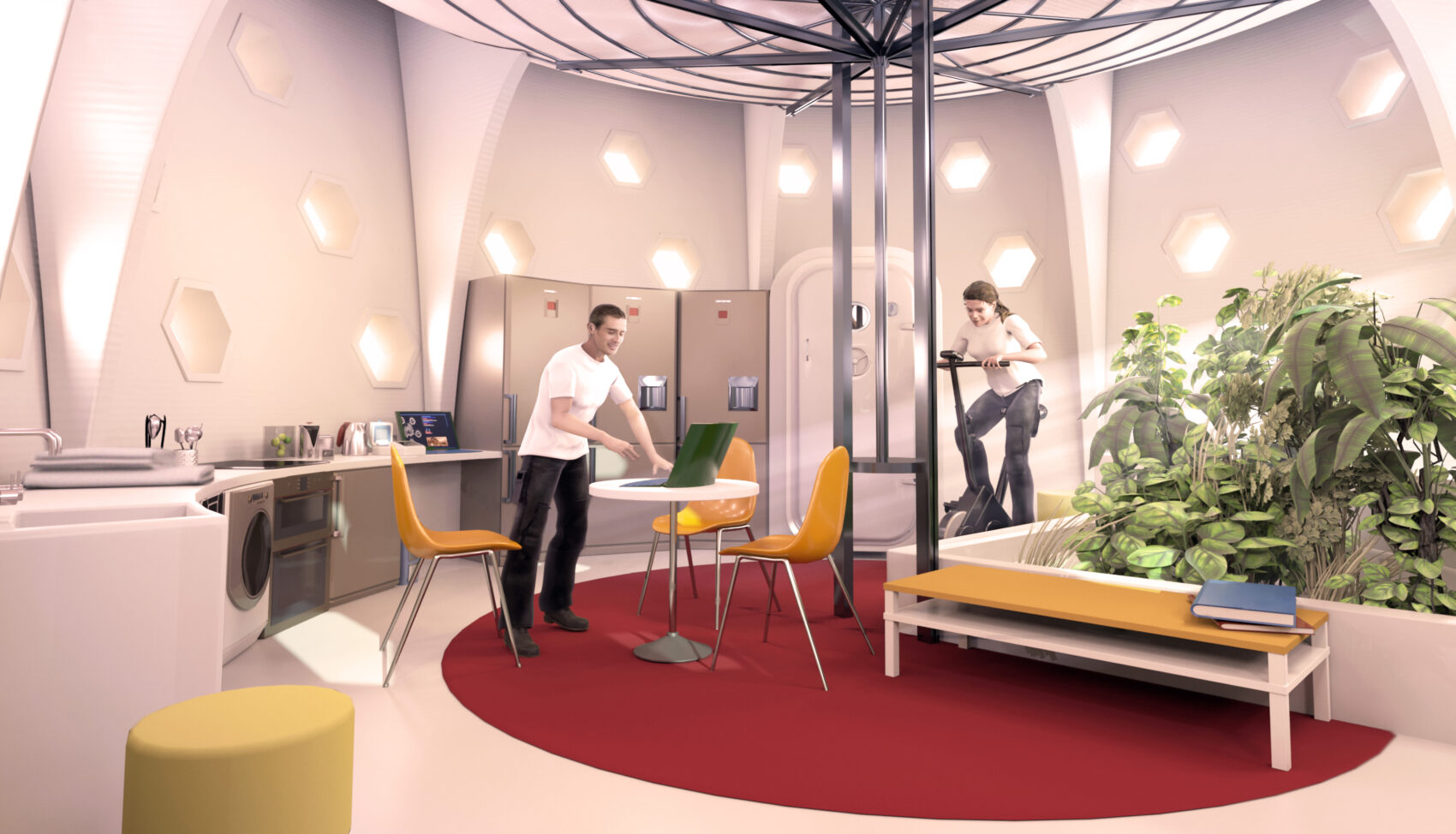 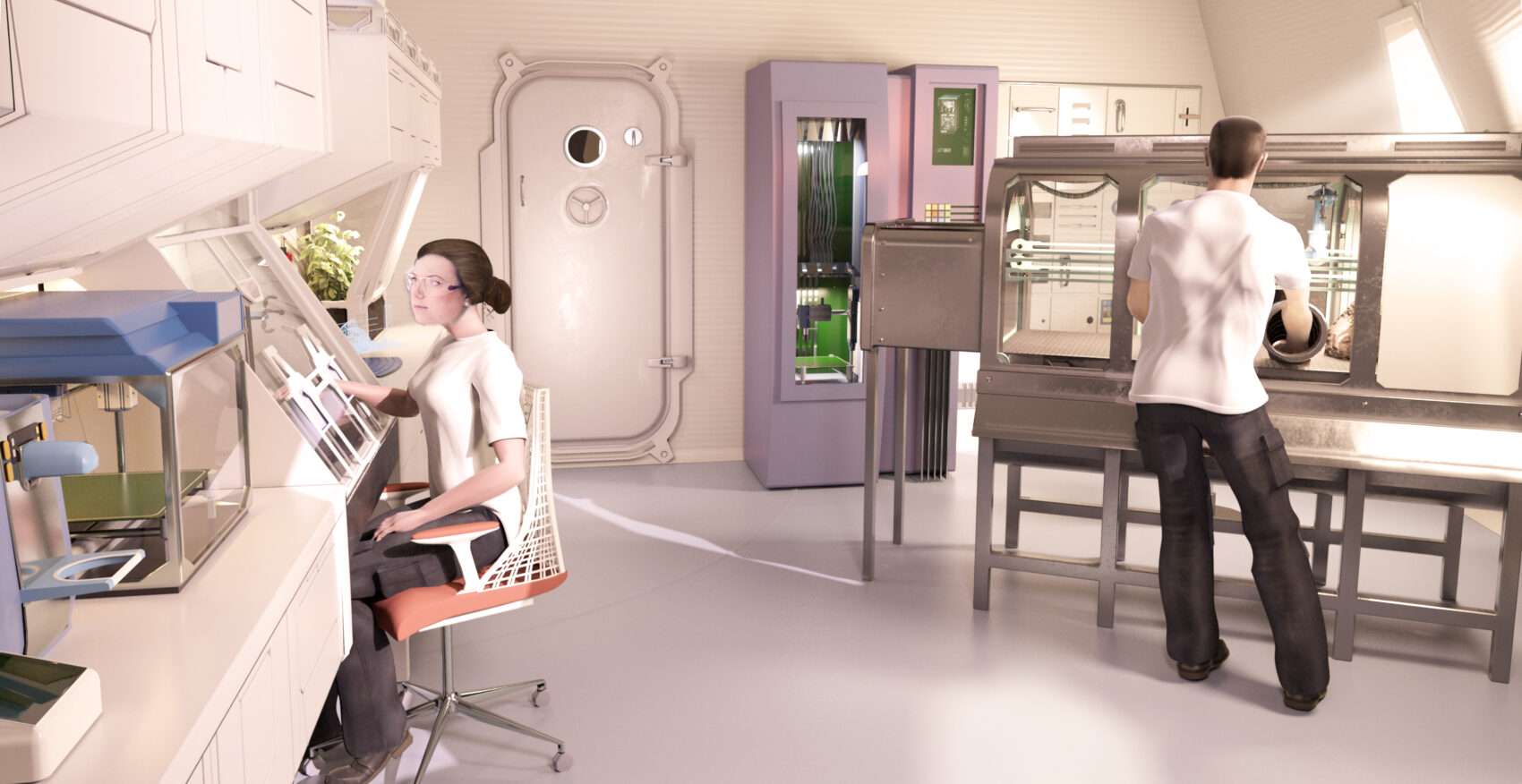 The challenge, which began in 2015, is structured in phases, each with multiple levels. Phases to date include: