Poppers (scientifically known as “alkyl nitrites”) are strange yet iconic products, says Bompas and Parr. “In the UK they are used by many, with one in 12 having tried them, yet entirely unfamiliar to the masses.

“They are one of the few products that are legal to sell entirely mislabelled – as “leather cleaner” and “room odouriser” – a far cry from their widespread and tacitly acknowledged use as a gateway to pleasure.”

A couple of months ago, the company created the world’s first “super premium poppers” they cost £100 a bottle) as part of an activation during London Cocktail Week, with all profits from sales donated to Tom of Finland Foundation.

Branded “Excalibur XO”, the poppers were being paired with cocktails at Sweeties bar at the Standard hotel in London as a “tongue-in-cheek exploration of how the drinks industry has evolved”. 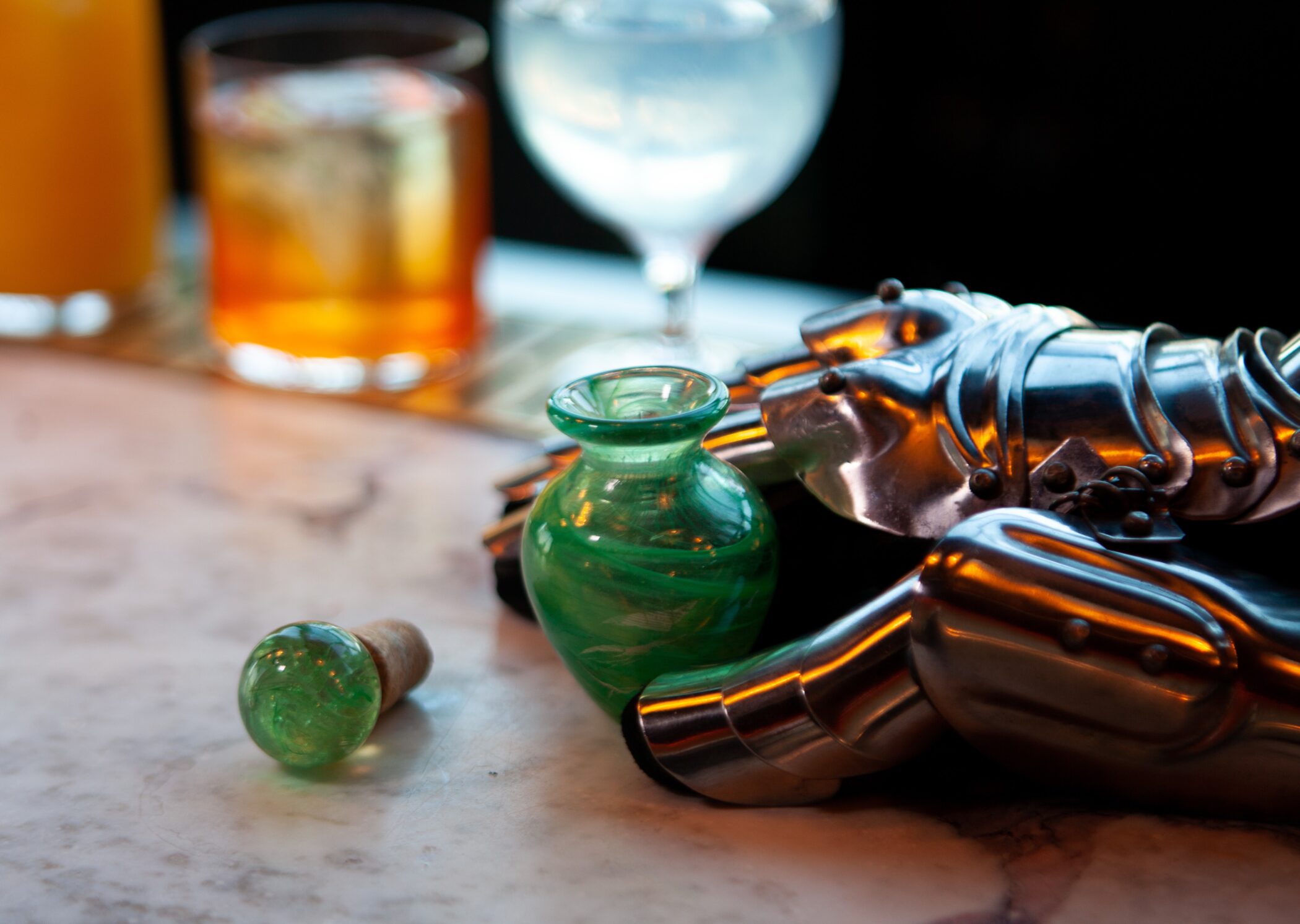 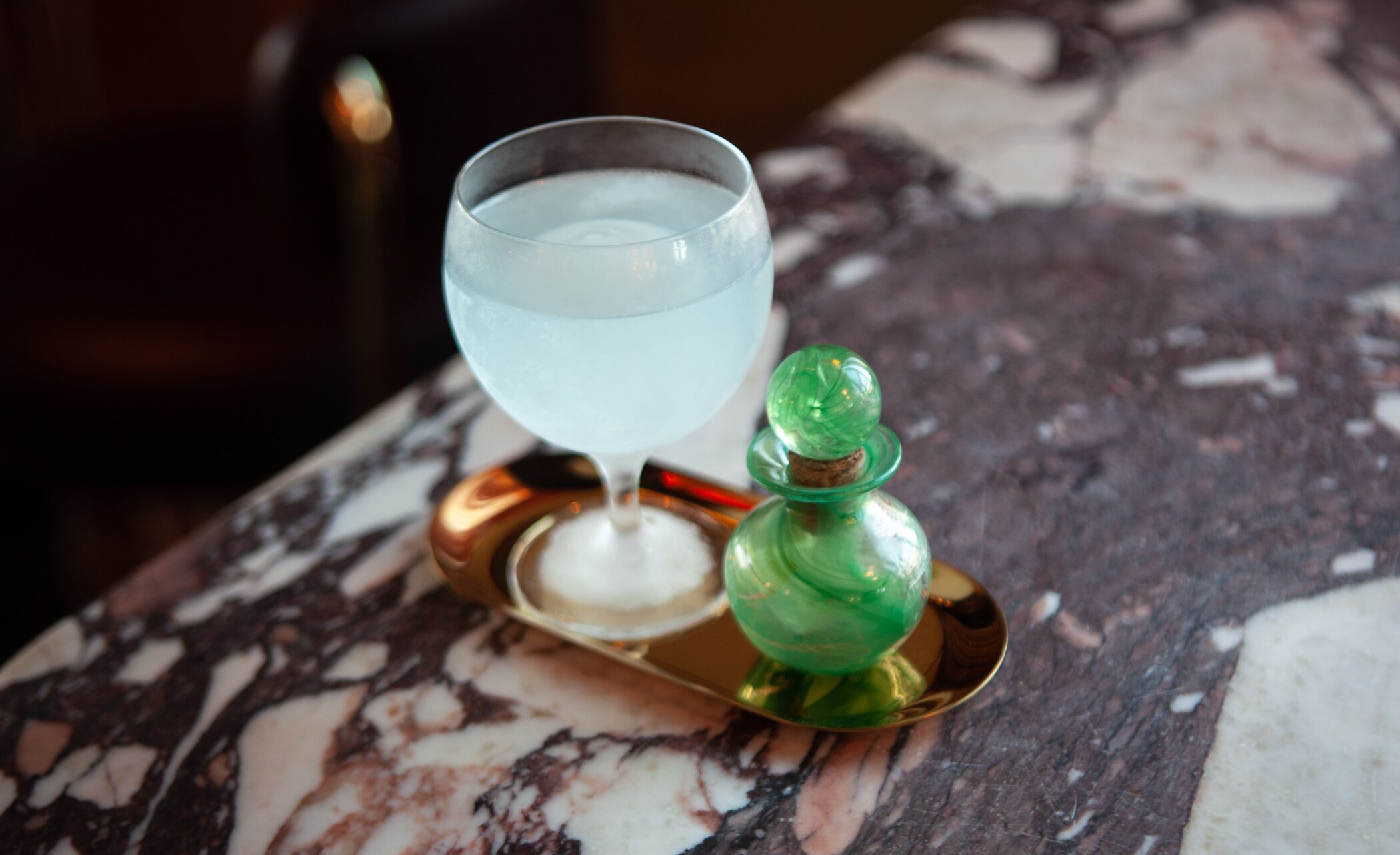 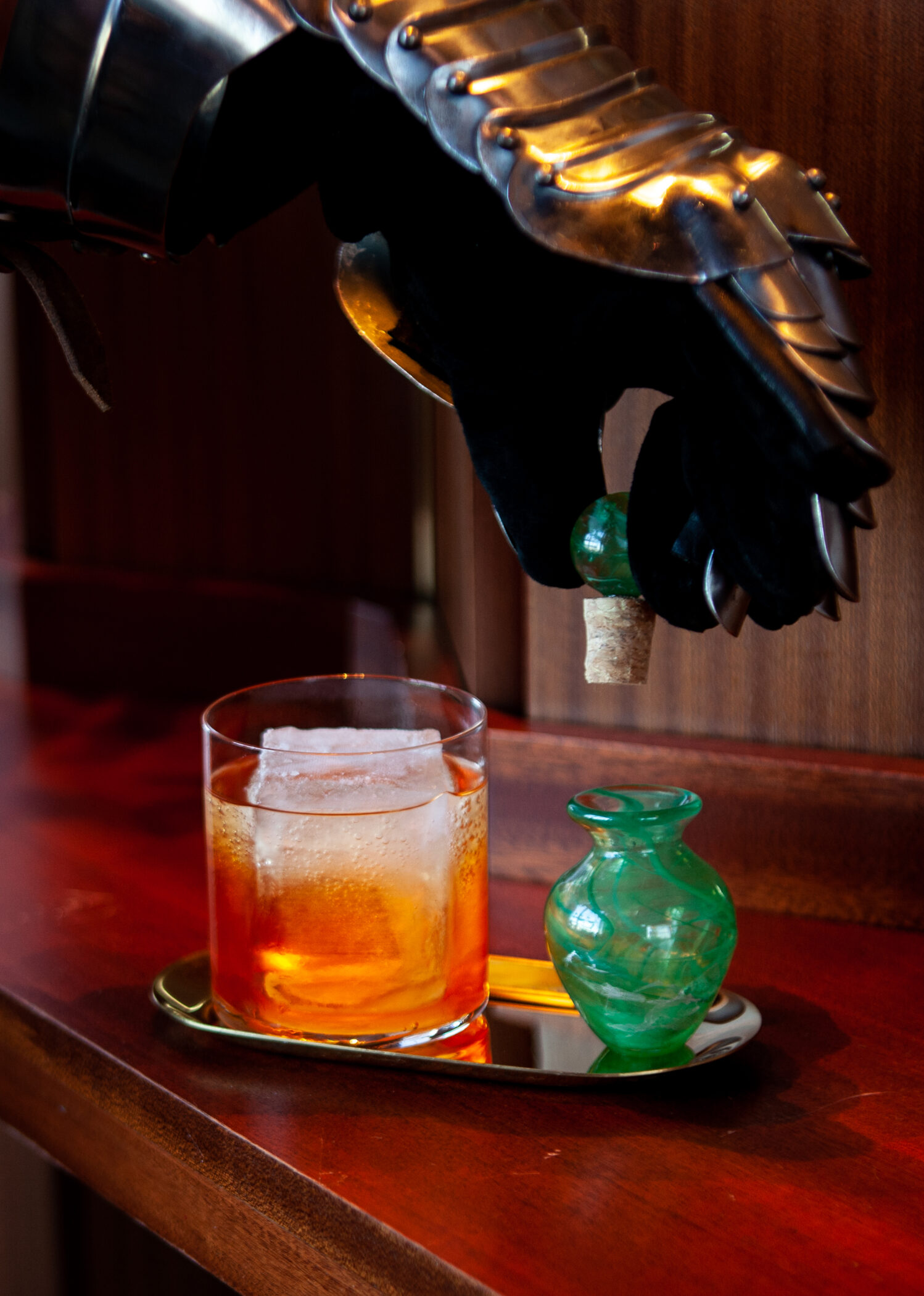 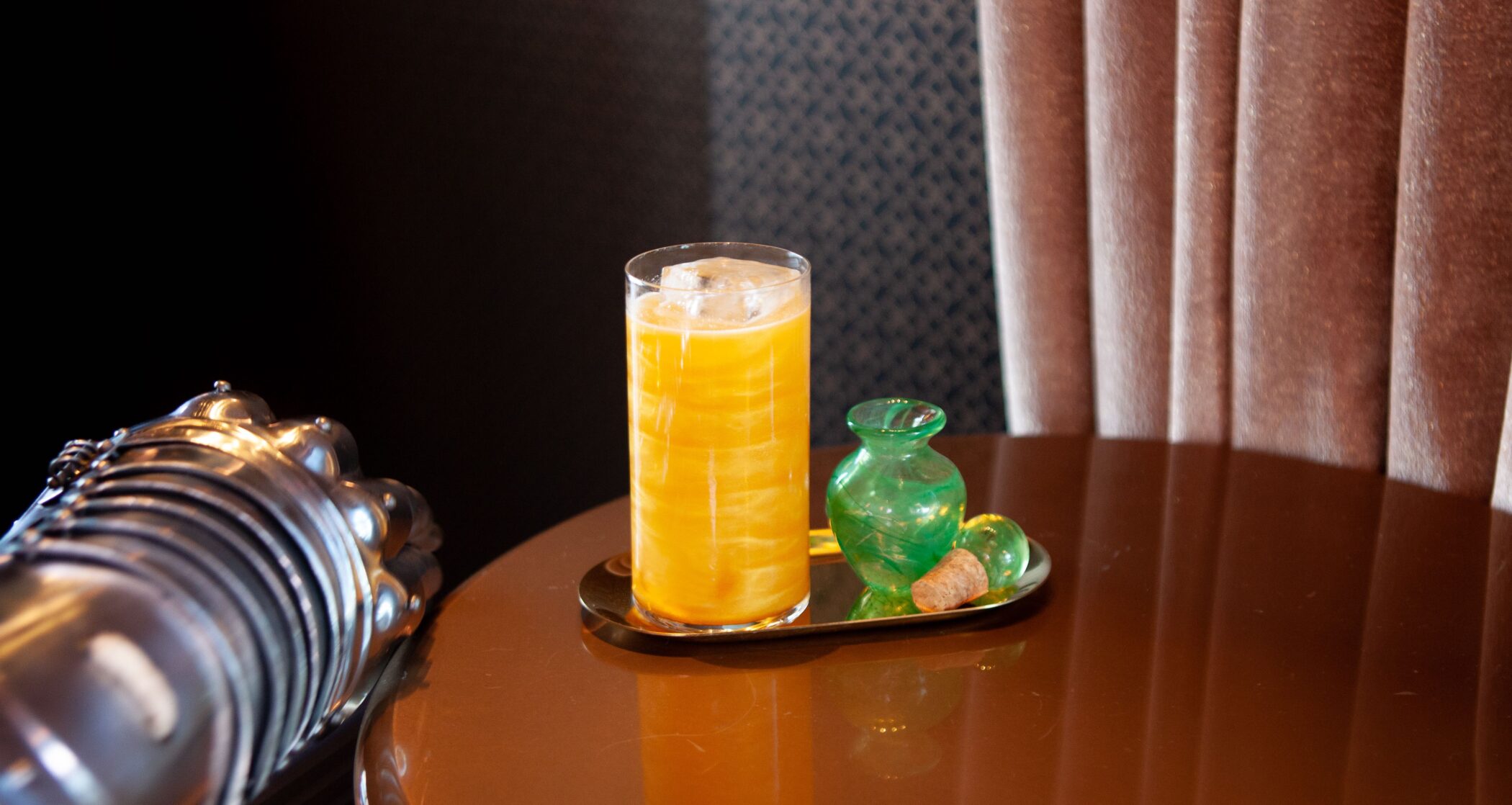 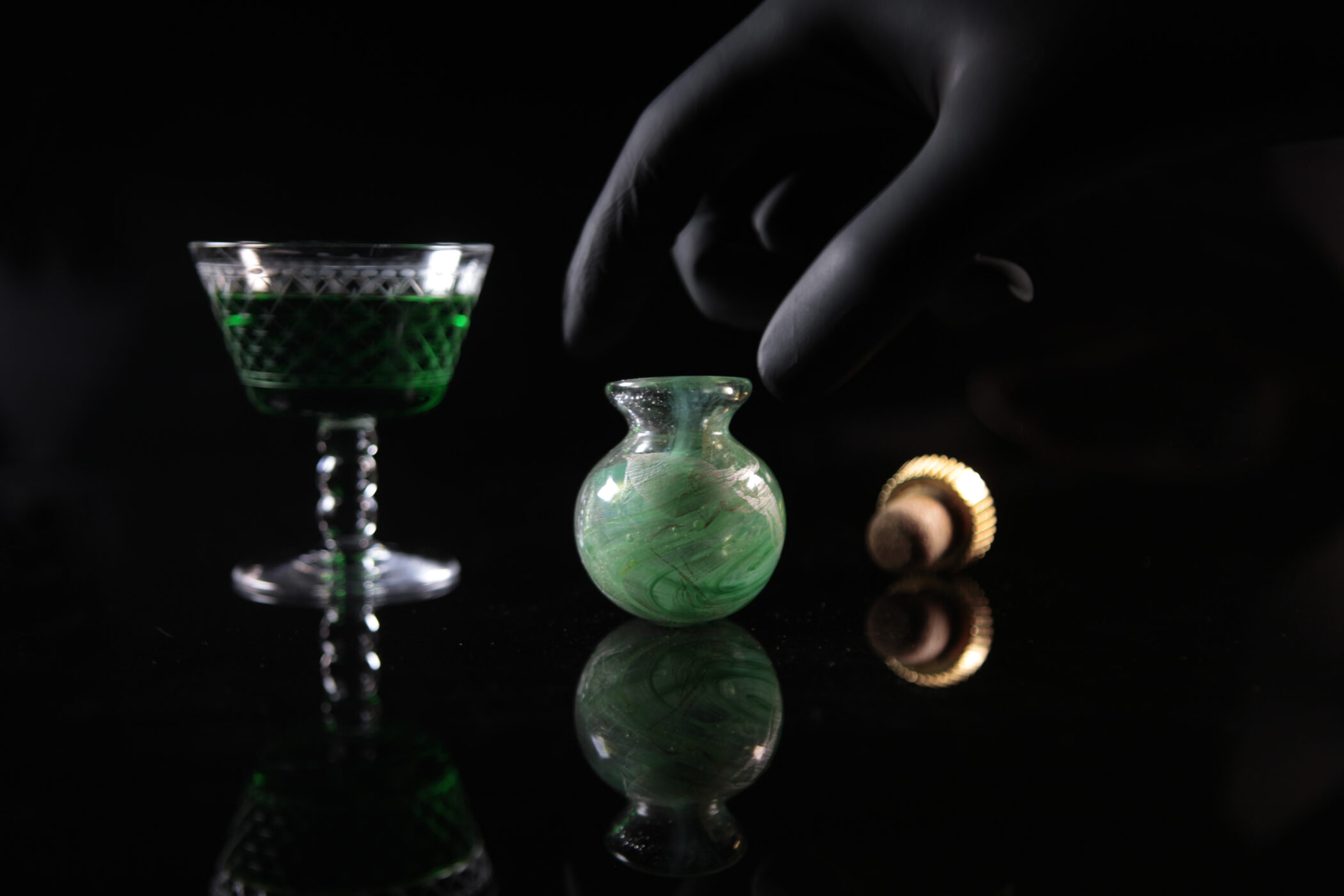 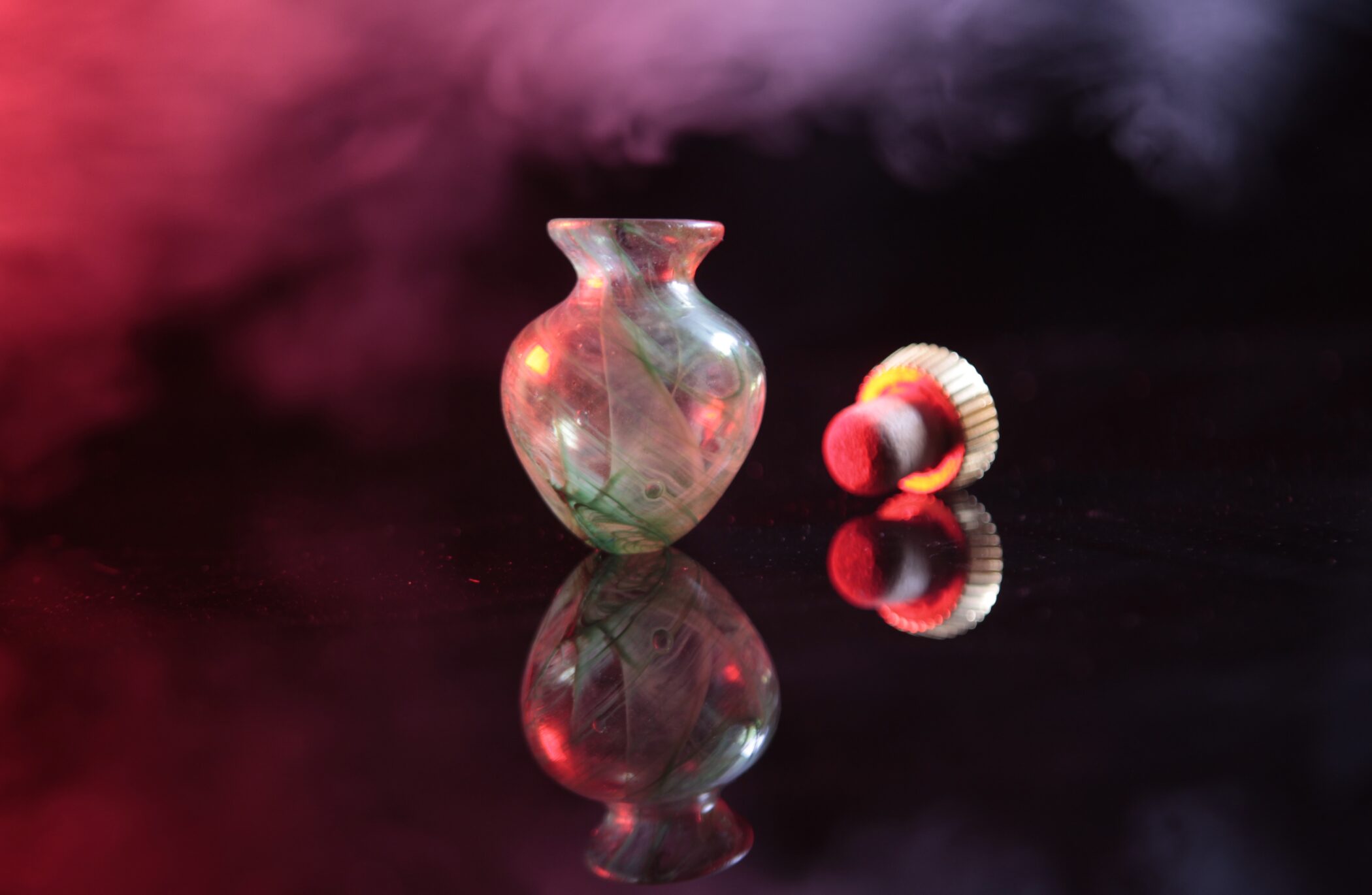 Bompas and Parr says it was “a parody delving into the shift from alco-pops injected with sugar and food colourants, to sustainably crafted artisanal spirits, all in the space of a decade”.

Adding: “Crafted from a mélange of medieval botanicals and inspired by the fast tempo, HiNRG genre of music that characterised the heyday of poppers, the Excalibur XO cocktails invigorate and tantalise.

“By experiencing a cocktail-adjacent nightlife accessory, poppers, this never-before-seen serve tells the narrative of queer culture through a selection of experts, partners and collaborators operating in the field of LGBTQIA+ studies.”

The brand and product name – Excalibur – references the title of the booklet “Raging Sword” by Karl Heinrich Ulrichs published in 1868, an account of his speech to the Congress of German Jurists considered by many to be the ﬁrst ever gay rights protest speech.