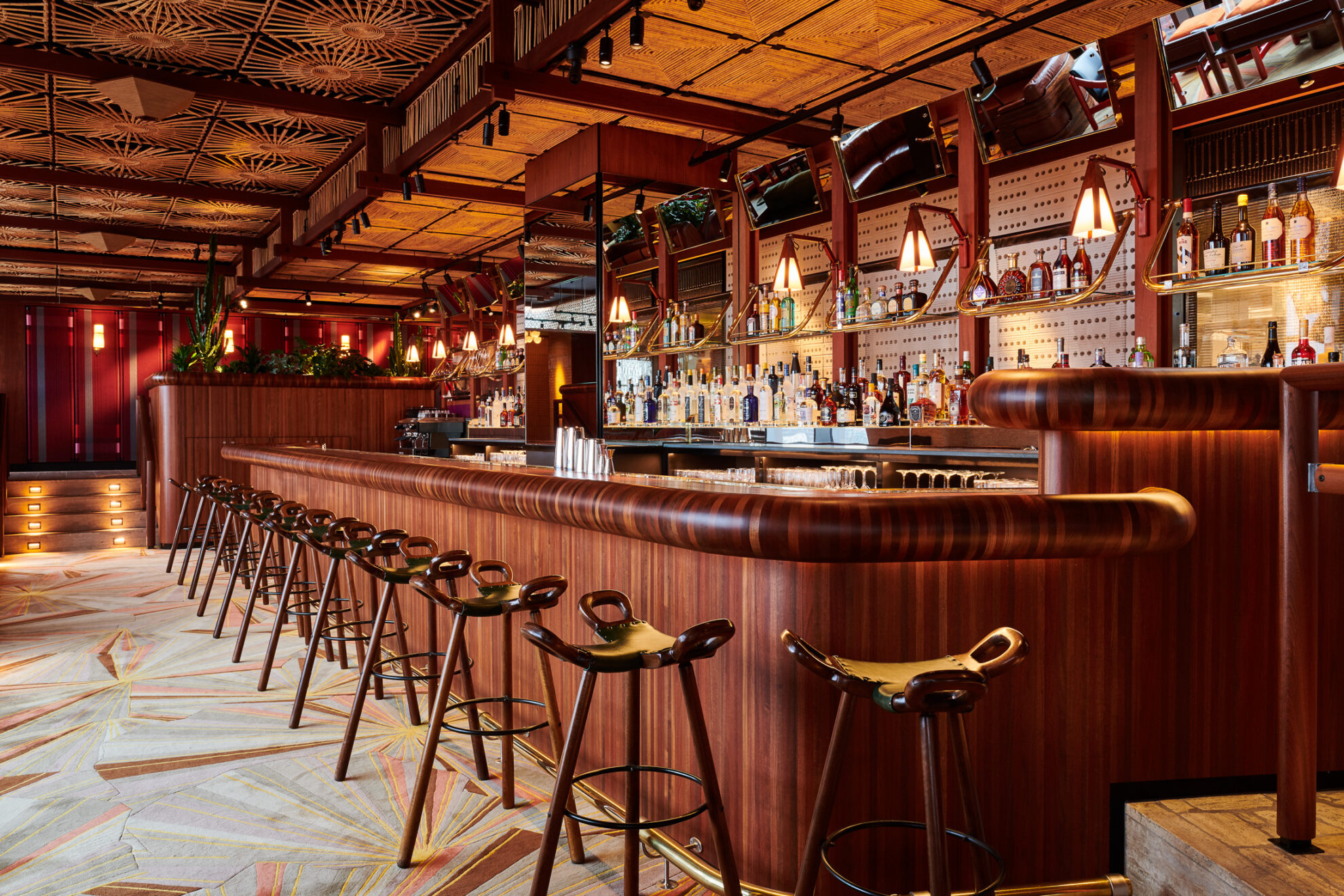 REVIEW: Decimo restaurant and Rooftop bar at the Standard

The Standard hotel in London has become a hotbed for hedonism with Spanish-Mexican ‘live-fire’ restaurant Decimo, and summer Rooftop bar, where you can order pitchers of margaritas and espresso martinis. Jenny Southan reports

The Standard London opened in 2019 and was the first property from the hipster brand to open outside of the US. Located opposite Kings Cross St Pancras station, the hotel is easy to spot with its eye-catching capsule-shaped red lift that rides up and down on the exterior of the building.

If you’re seeking vacation vibes in the city, this is one of the best places to head to, not least because of the return of the the Rooftop at the Standard London, which is open for the summer season for the second year running. 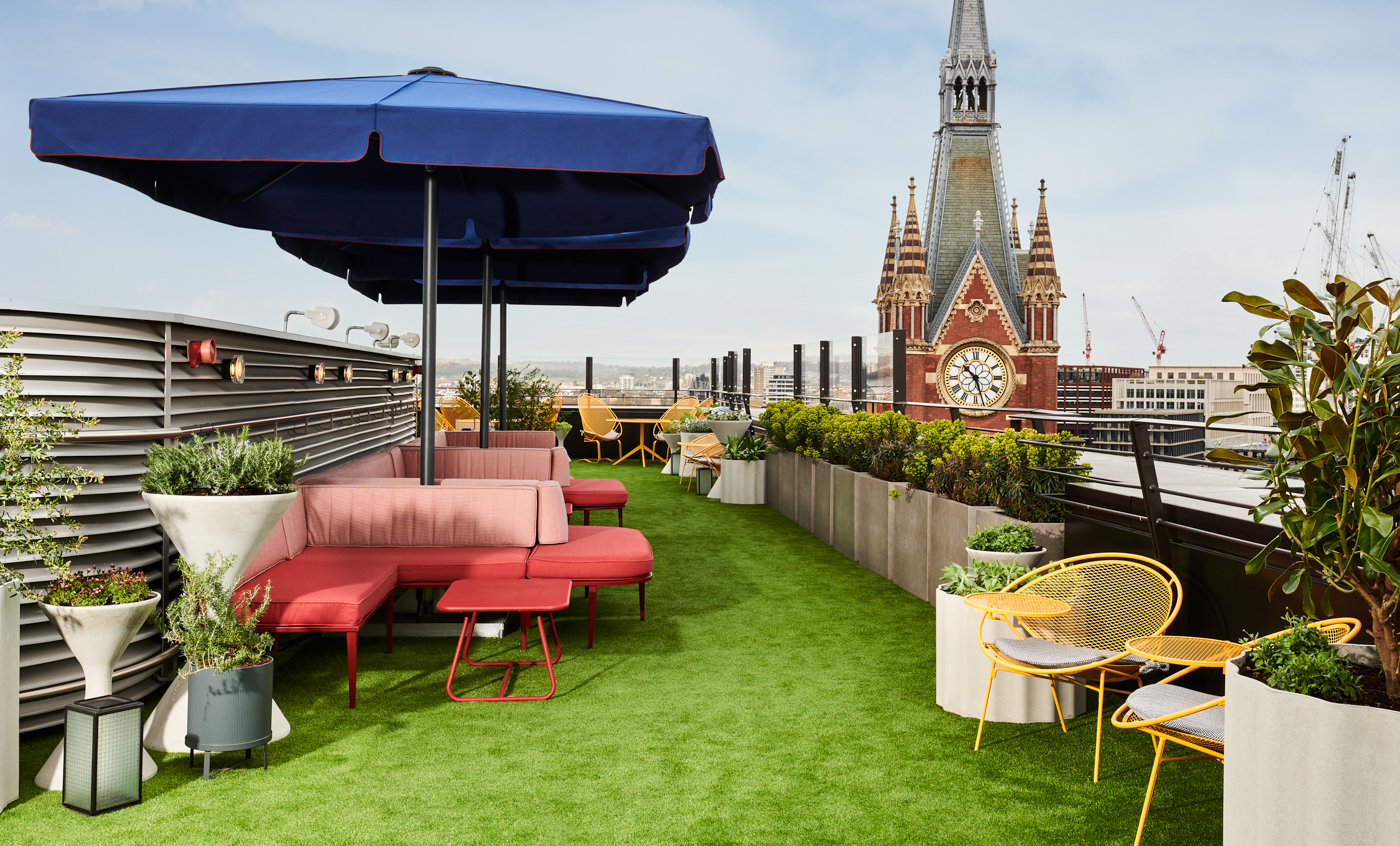 Located on the 11th floor, which is open-air and Astroturfed with great views of the spectacular St Pancras Renaissance hotel opposite, the Rooftop bar serves cocktails on tap (pitchers of margarita or espresso martini cost £70). You can also order an Aperol Spritz slushie for £13.

Open seven days a week for both walk-ins and reservations from 4pm during the week and 1pm Friday to Sunday, the venue also has a food truck serving casual bites devised by Michelin-starred chef Peter Sanchez-Iglesias. (Think guacamole, olives, nachos and tacos for £4-£9.) 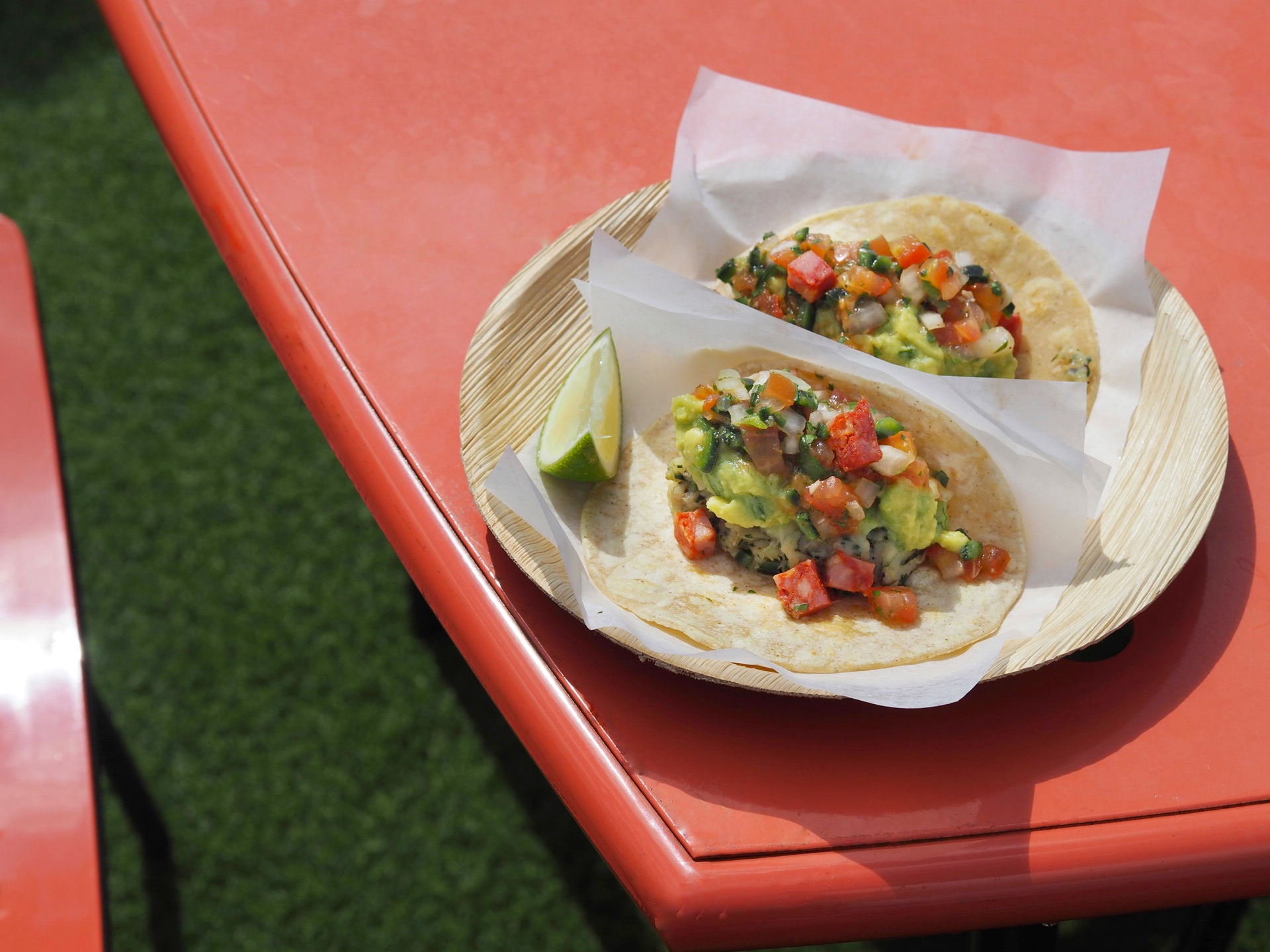 Something that I thought was a fun and clever gimmick was advertising a last-minute “High Standards” room rate (from £289) on the drinks menu for spontaneous hotel stays (when that date is going really well).

Whether you decide to pop to the Rooftop before or after dinner, make sure your evening includes dinner at Decimo, which is the Standard London’s flagship restaurant (also headed up by Peter Sanchez-Iglesias).

Expansive in scale, it has a glorious seventies look and feel to it – a kind of Boogie Nights meets Fun in Acapulco type setting, where windows are draped in macramé curtains by Peru’s Cristina Colichon, the bar is carved from central American Jatoba wood, and a rattan ceiling has been designed by the Fong Brothers in California. 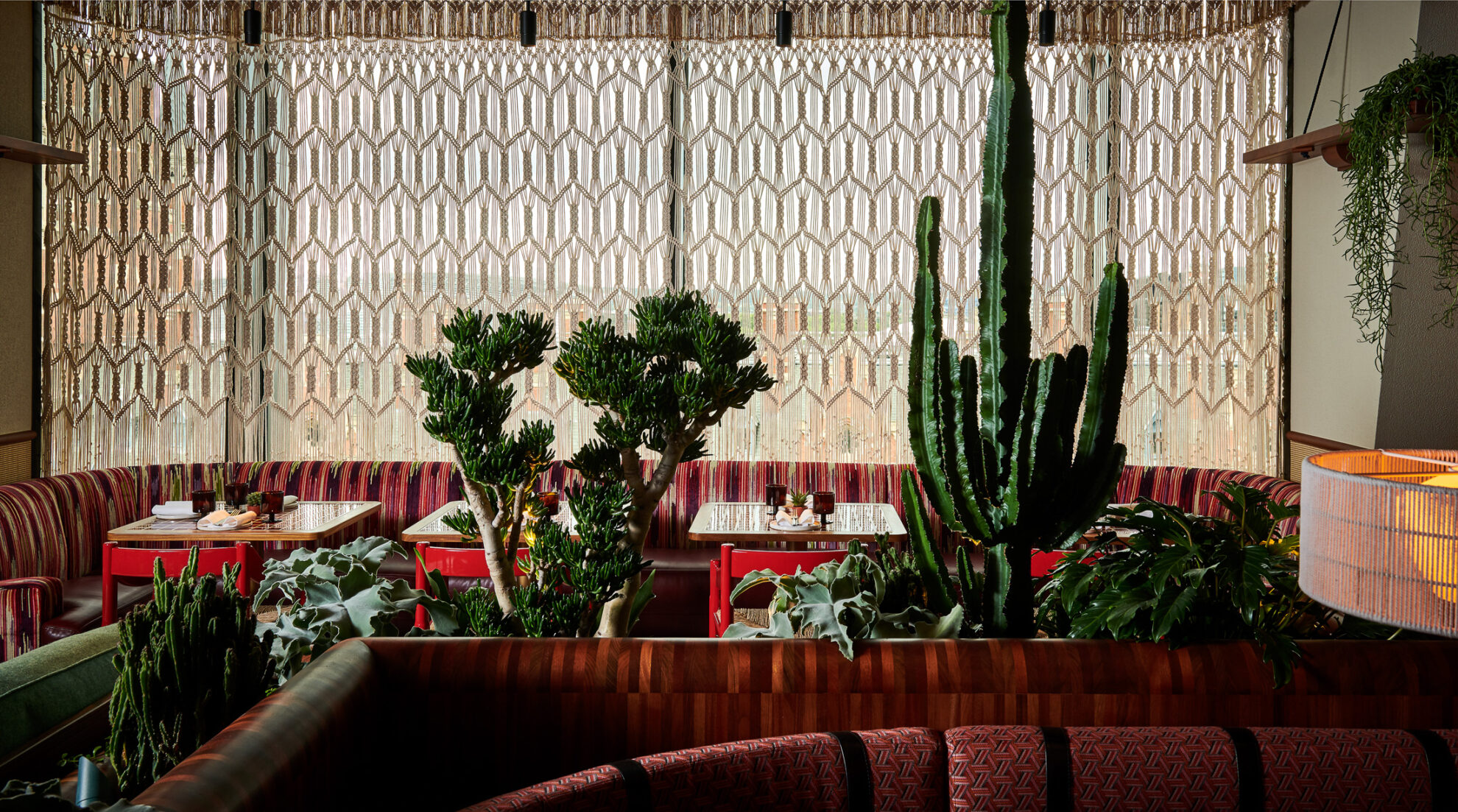 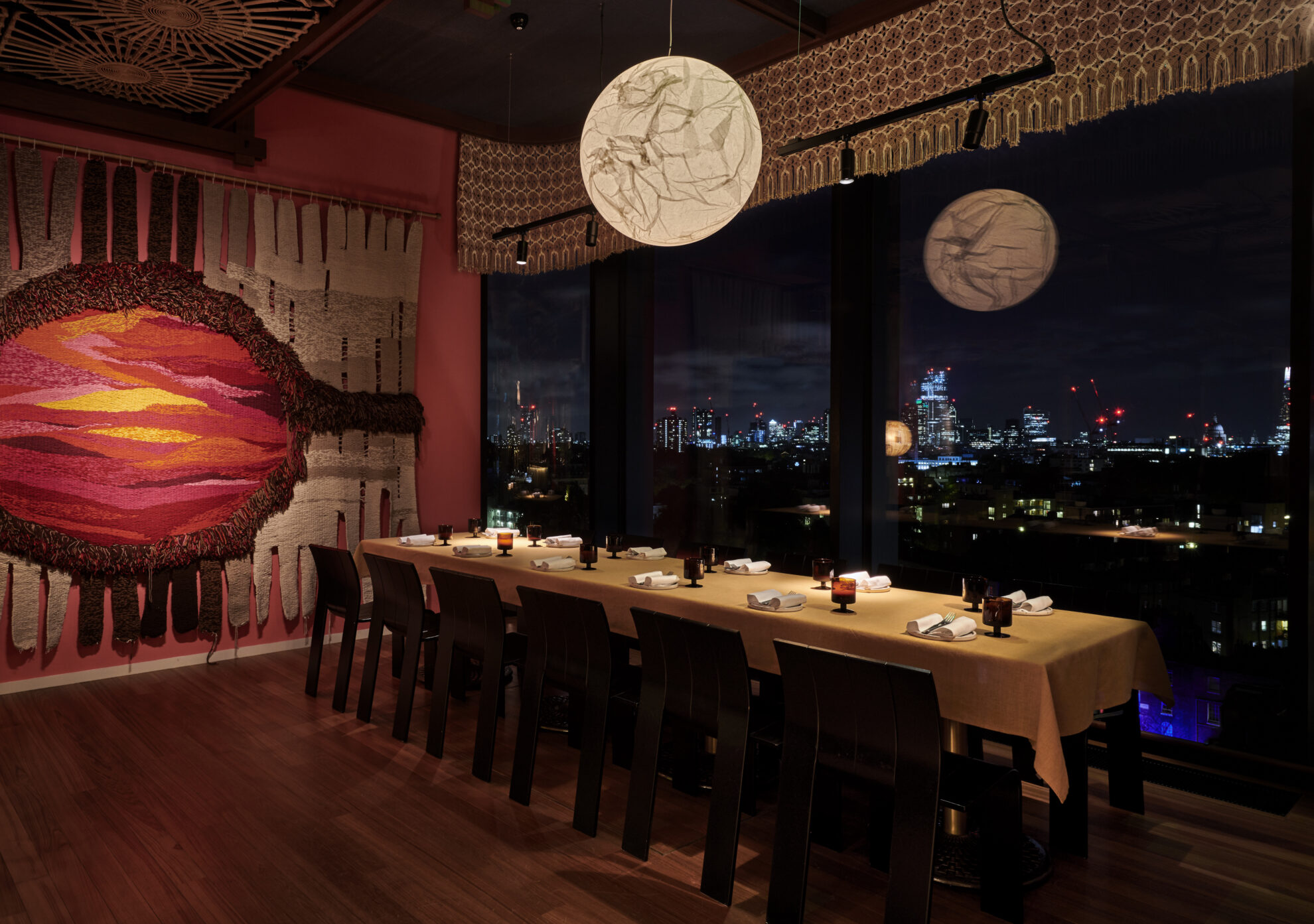 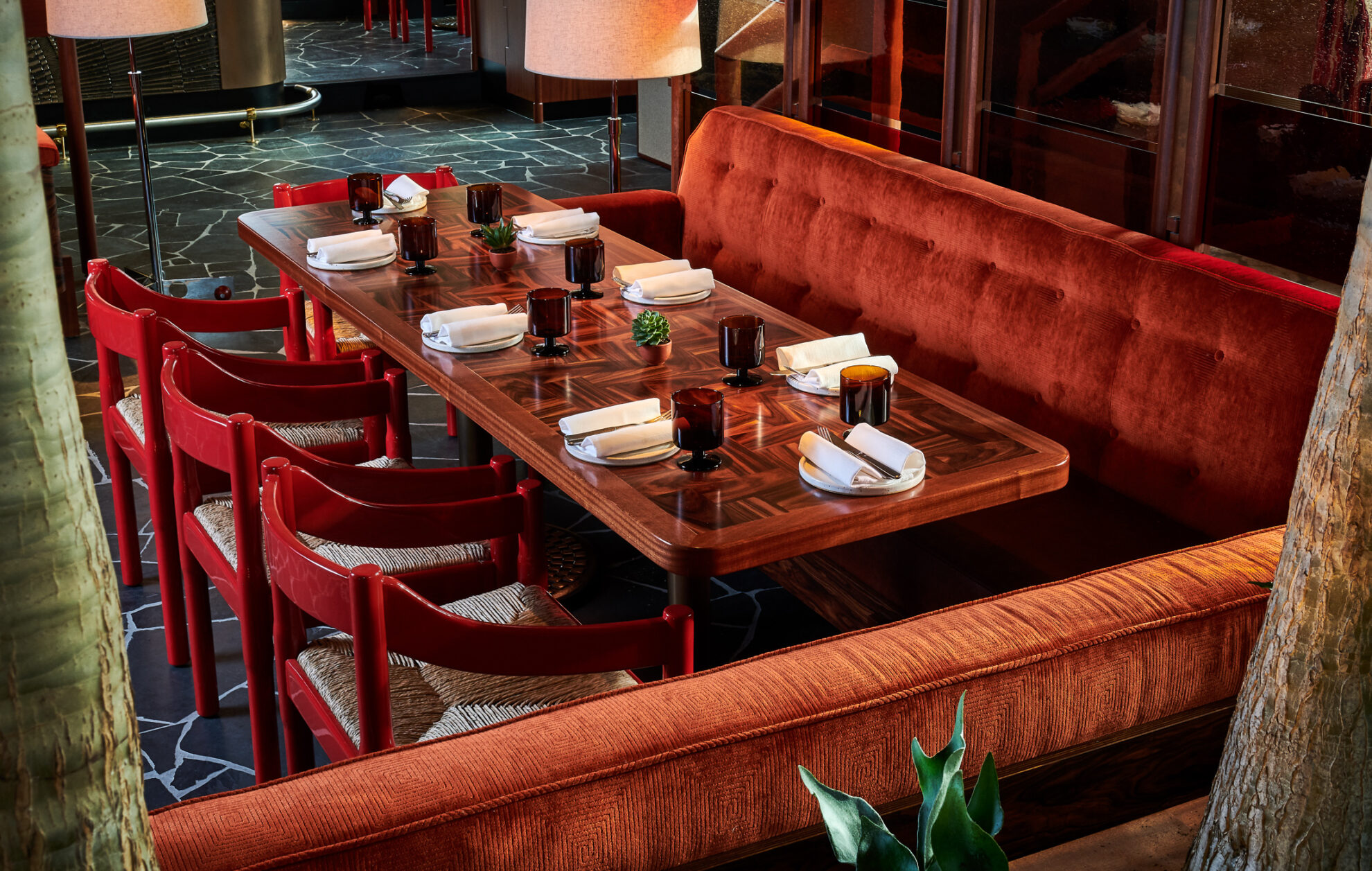 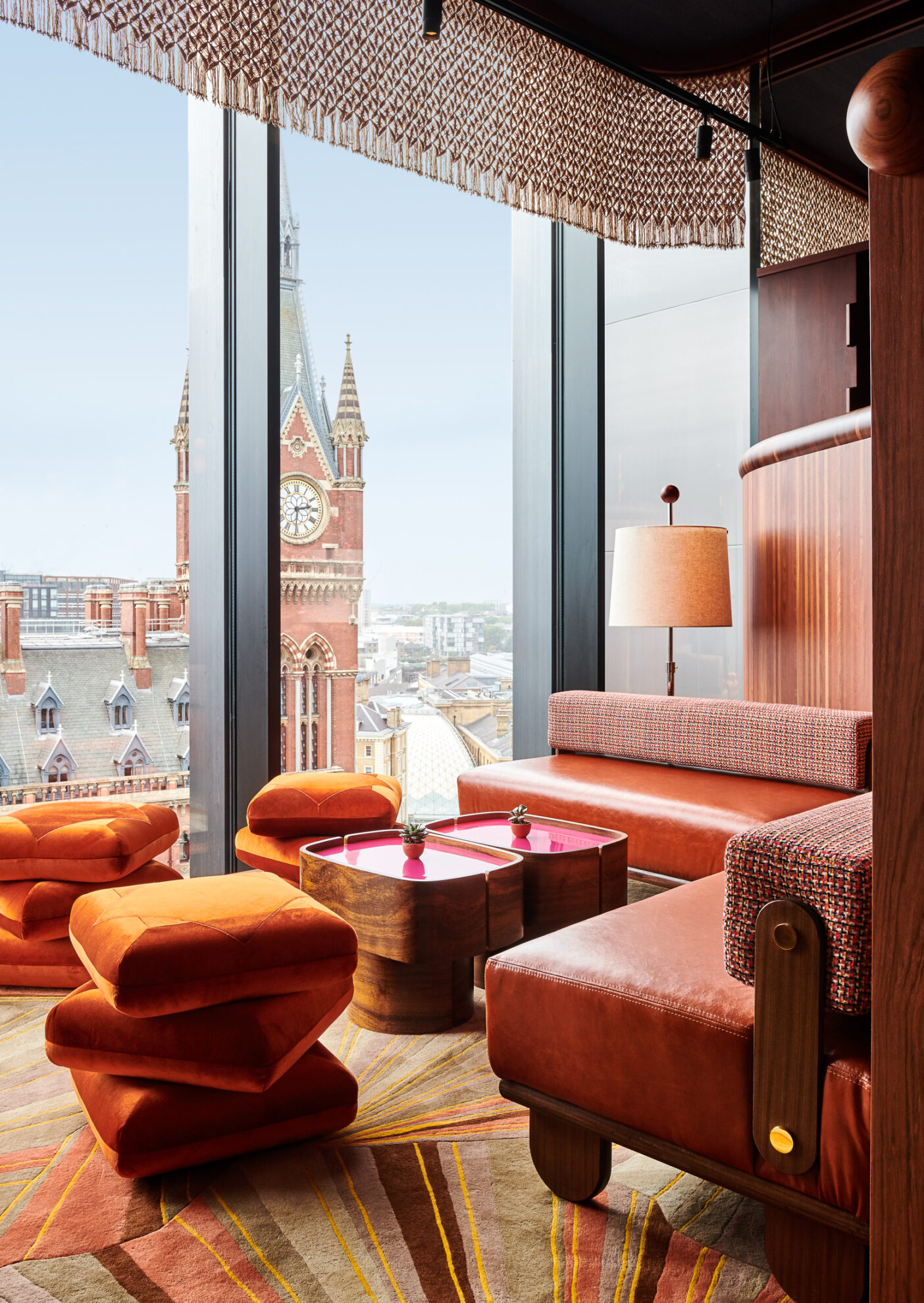 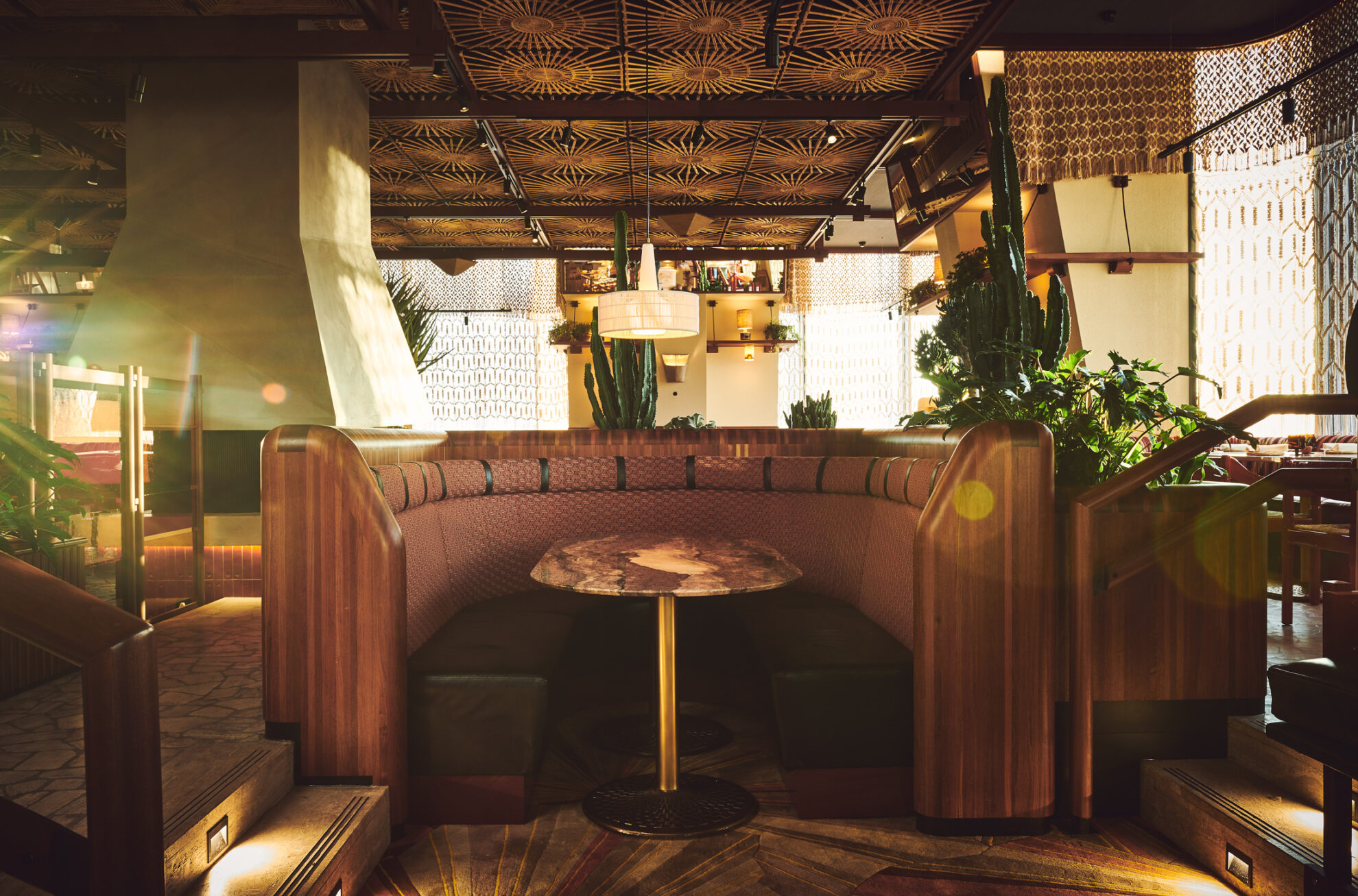 Arriving when the sun was bright, I ordered a £19 Mezcal margarita made with Mezcal Amores espadín, Cointreau, Mexican key lime and agave nectar. Far from being a basic beach concoction heavy with sugar, this was a sophisticated marvel in a glass. 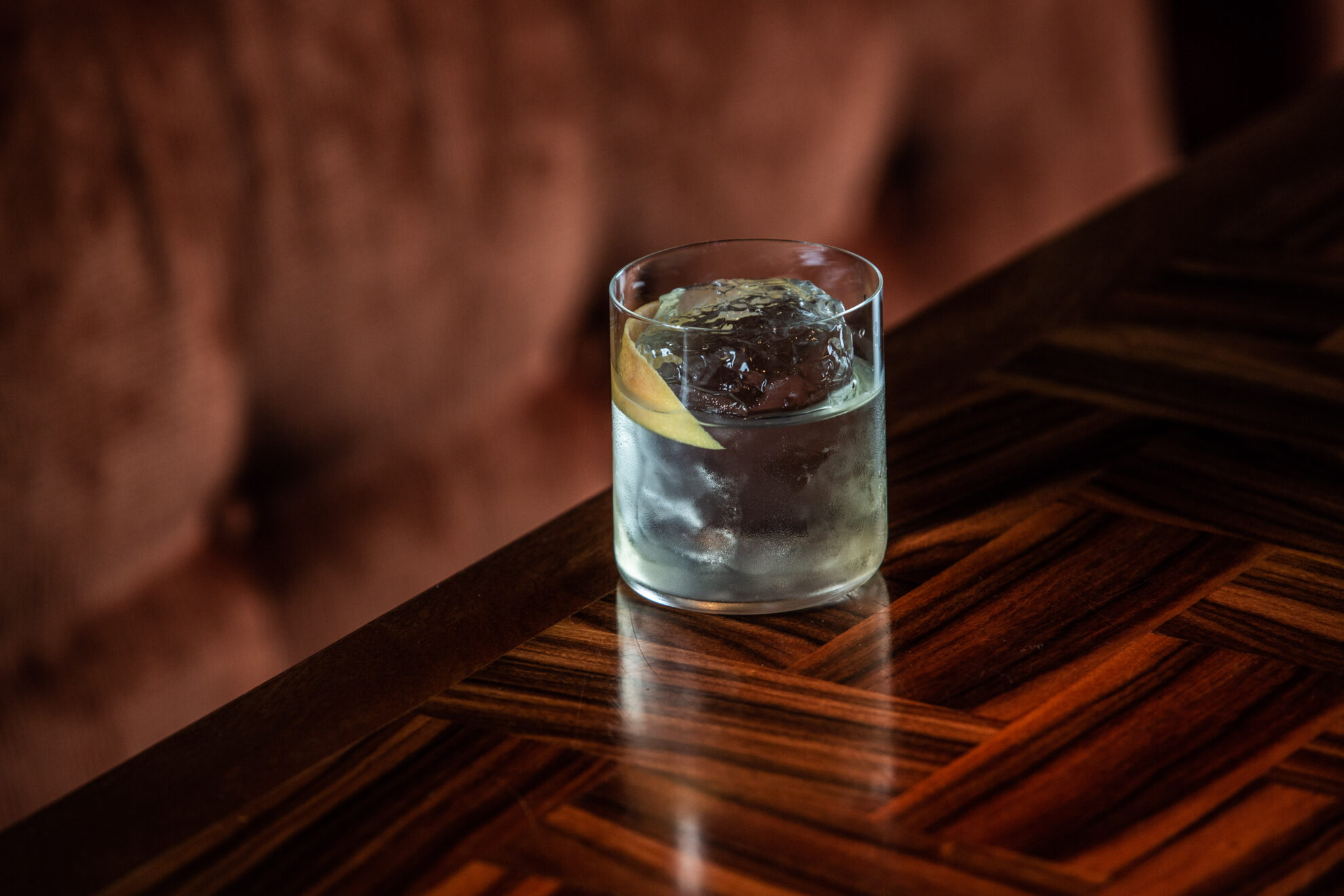 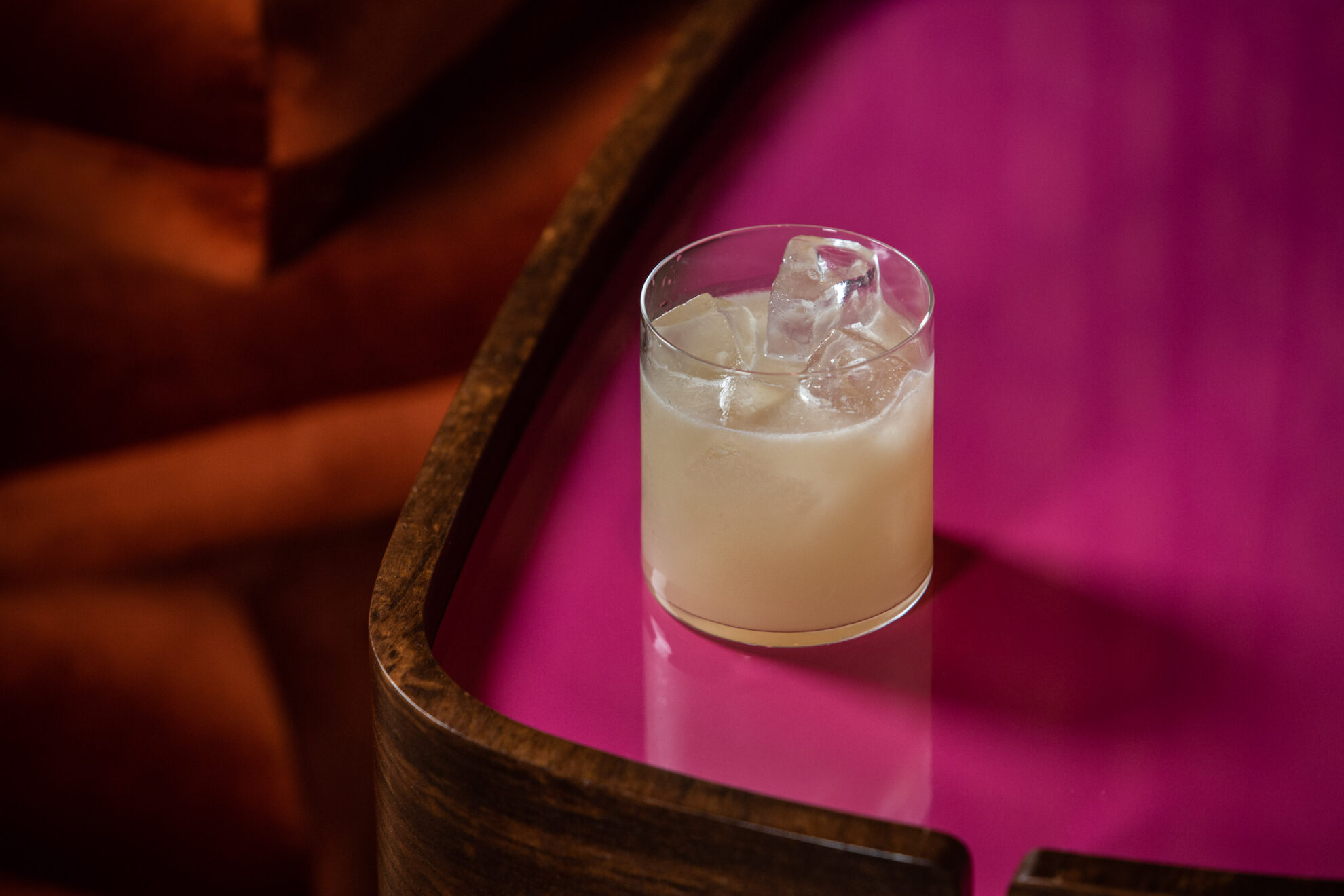 The fat-washed Horchata Punch (£17) was mind-blowing too. Although it’s made with homemade almond milk (plus Casamigos Blanco tequila and lime), it’s semi-transparent with only a delicate creamy taste.

As you have probably deduced, the drinks menu has been designed with strong influences from Spain and Mexico. All of the mezcals and racillas are made in authentic and traditional methods in clay, copper or hybrid stills, and wines come predominantly from Spain and Latin America, with a focus on low intervention labels from new and emerging winemakers. 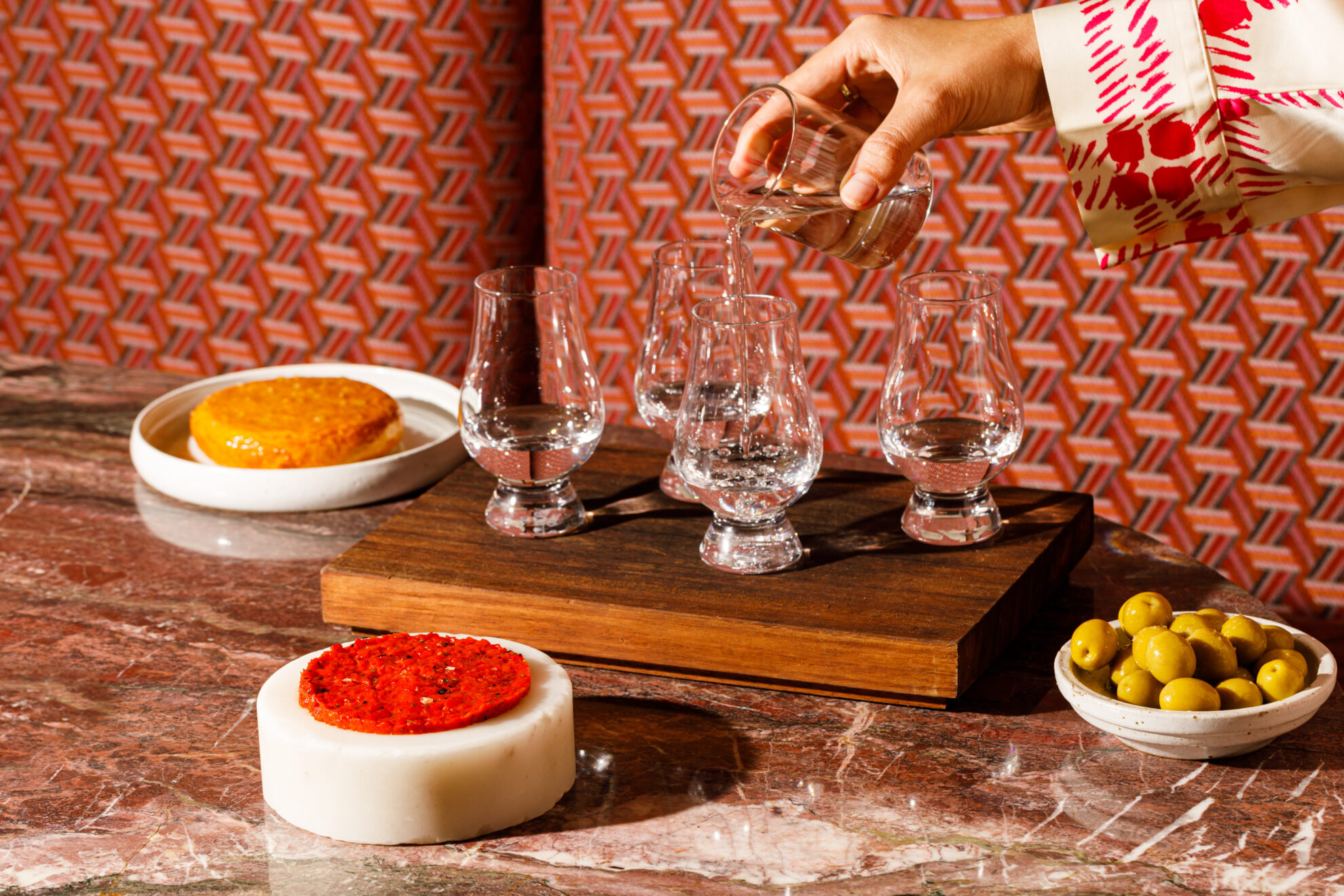 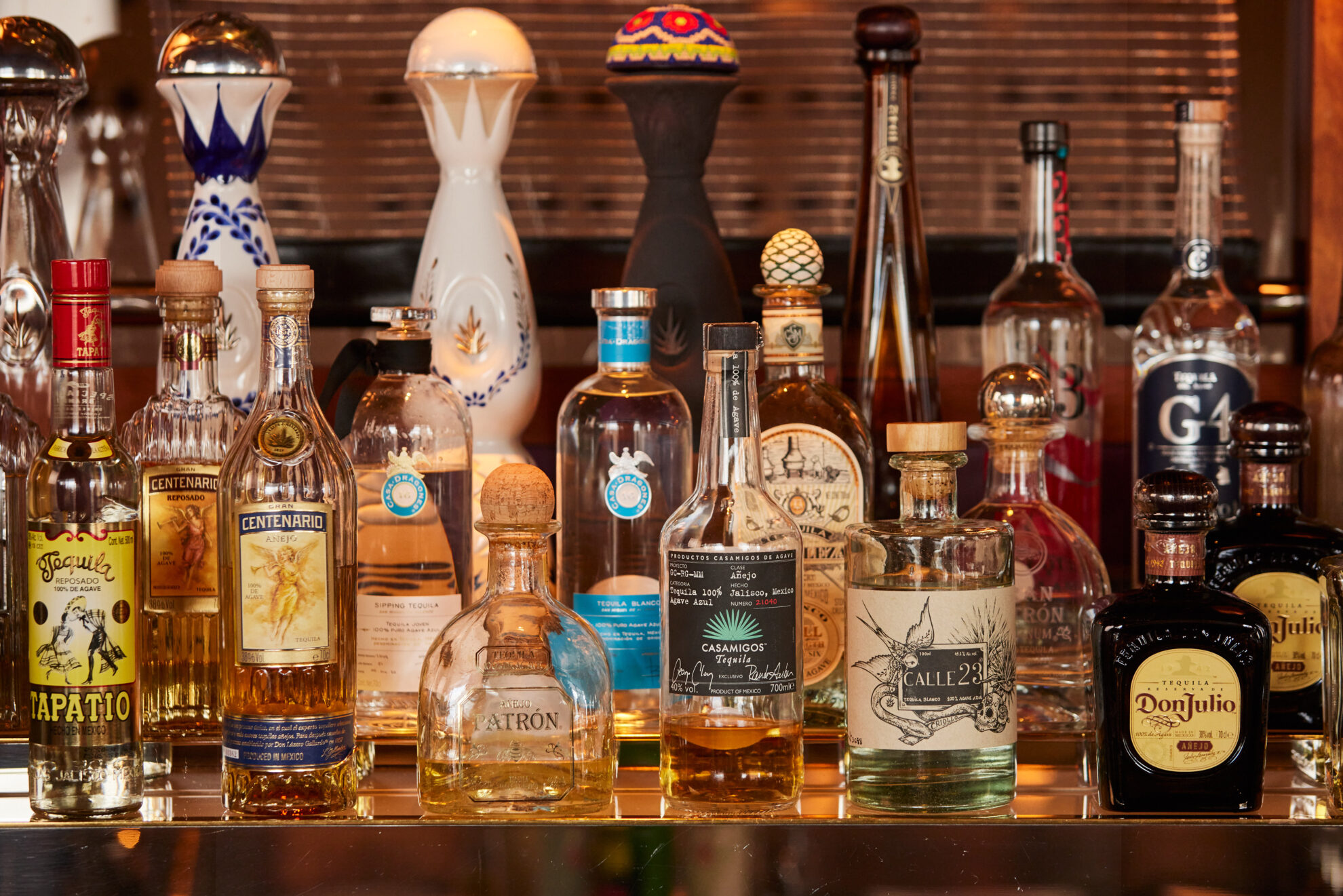 Distiller Niki Nakazawa (who previously collaborated with Noma Mexico) designed the agave programme, which includes some rare agaves from Oaxaca via her NETA label.

The food from Sanchez-Iglesias is equally sensational. Described as a “fresh interpretation of live fire Spanish and Mexican dishes”, the menu encompasses seafood over ice, aguachile (Mexican ceviche), tacos, tortillas, salads, and meat and seafood cooked over open fire. 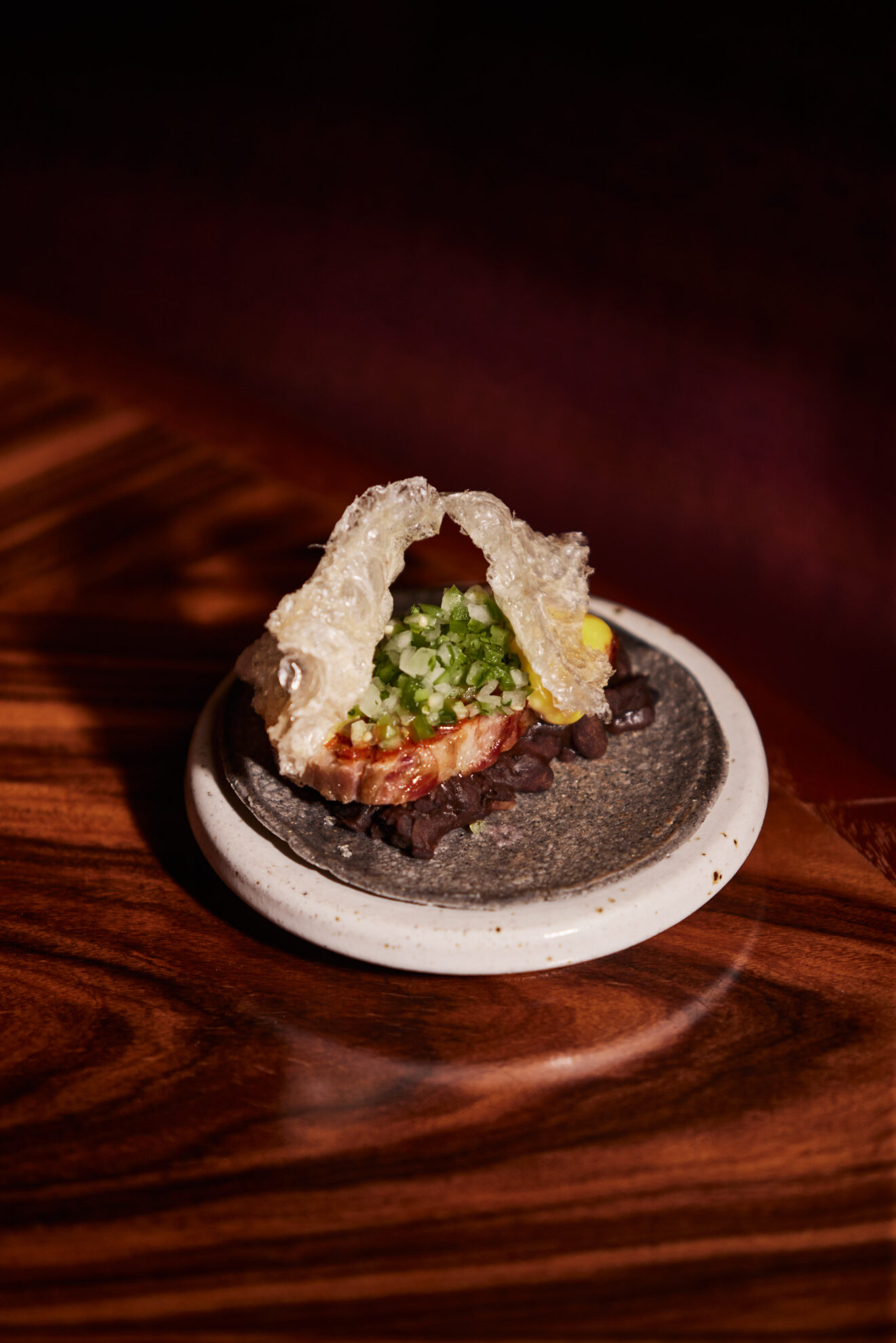 As is commonplace these days in London restaurants, Decimo encourages the sharing of food with dishes coming out when they are ready. We had a selection of things – a lobster thermidor special, charred leek with romesco (£10), charred Hispi cabbage (£8), lentils with artichoke (£20), and golden roasted potatoes with aioli (£7). 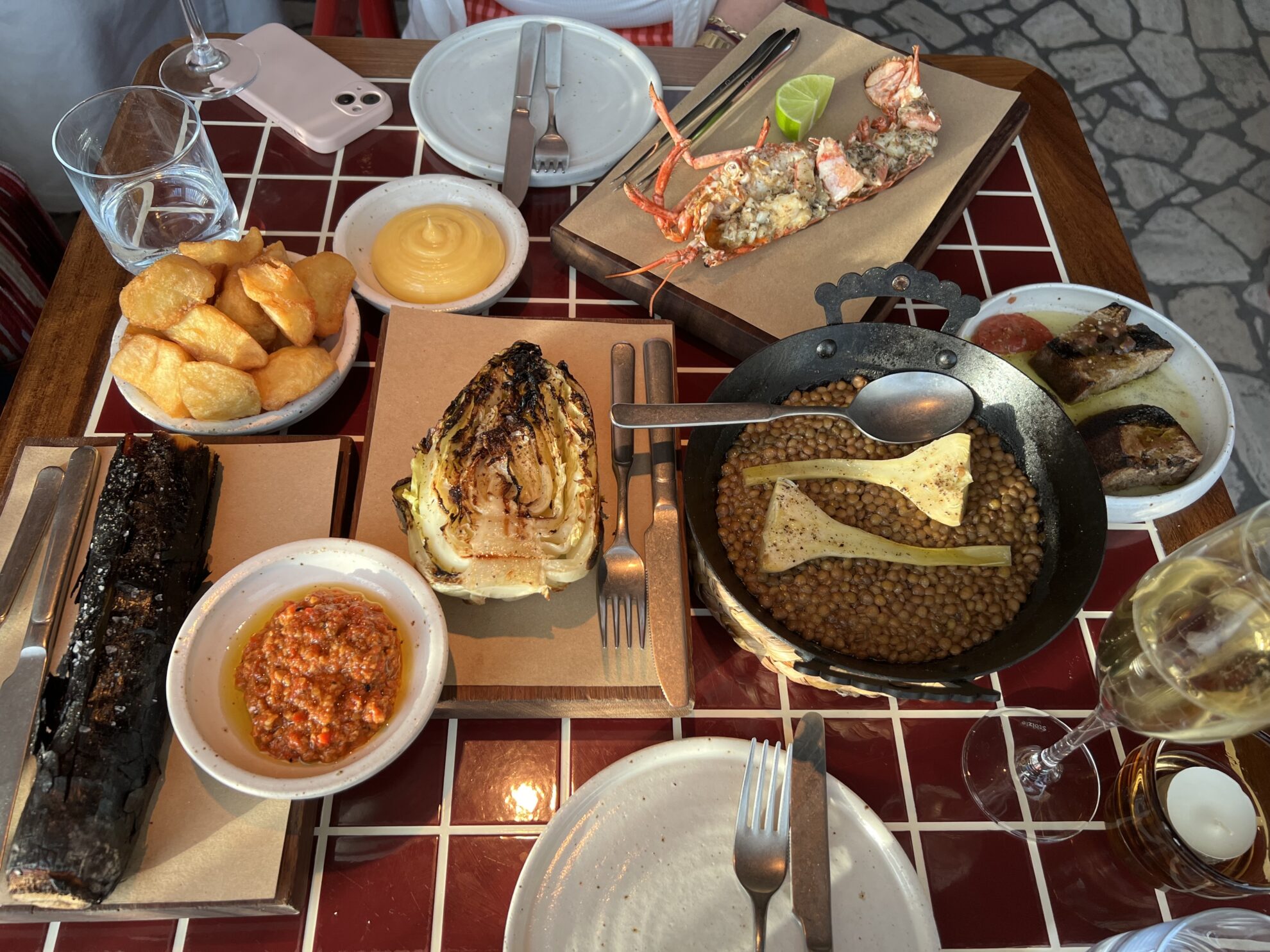 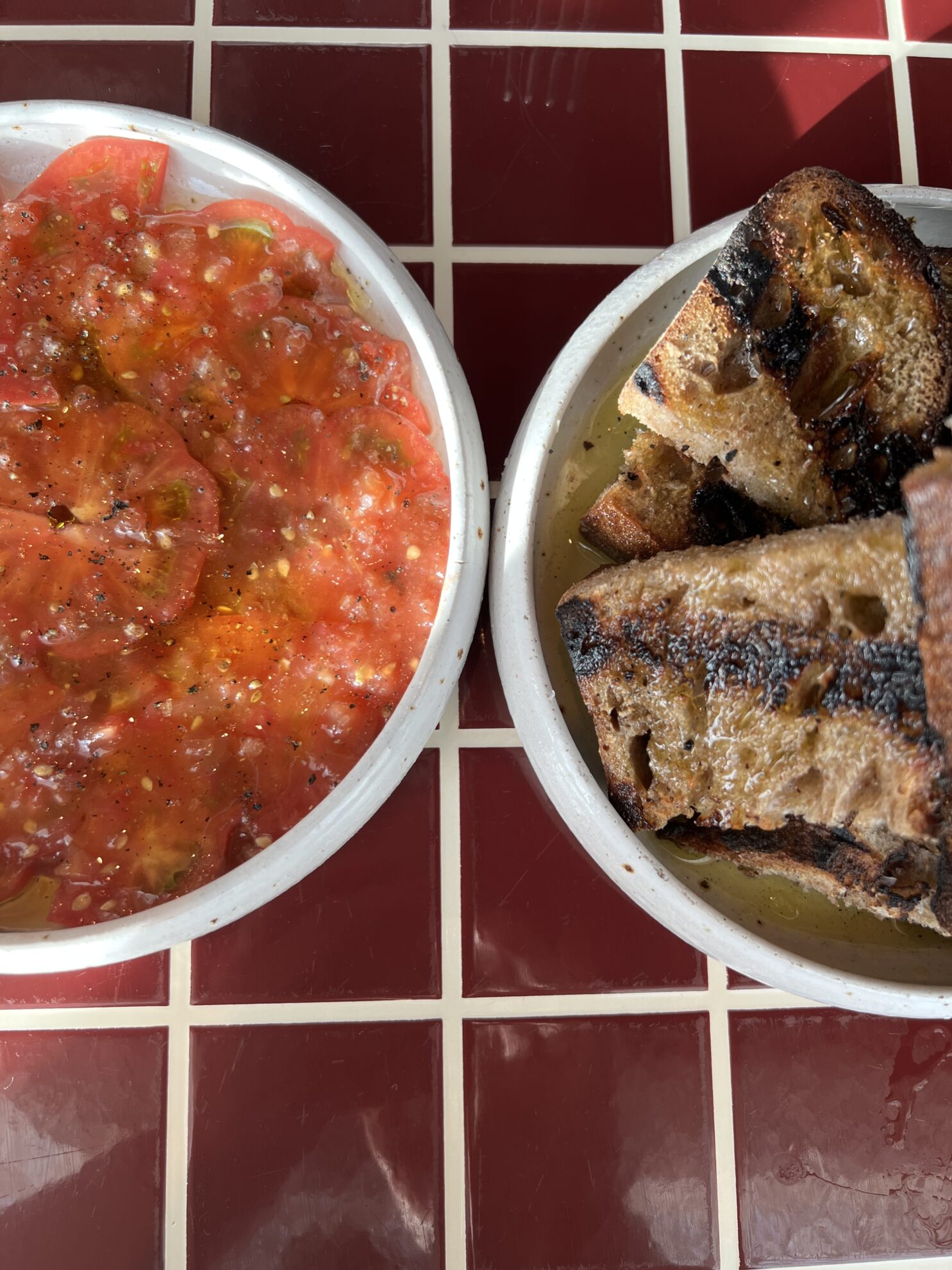 Some of my favourite dishes were the crispy, olive-oil soaked bread and tomatoes (so simple and yet so addictive), the cauliflower taco (£7.50), and the lime and jalapeno sorbet. Dishes we didn’t order included the Decimo tortilla with 50g of caviar for £170, the rib of beef (£85) and scallops (£16 each).

They also cook quail (with a mole glaze), which I felt a bit sad about as a vegetarian – they are such tiny birds, after all. We also declined the octopus (they’re so intelligent!) 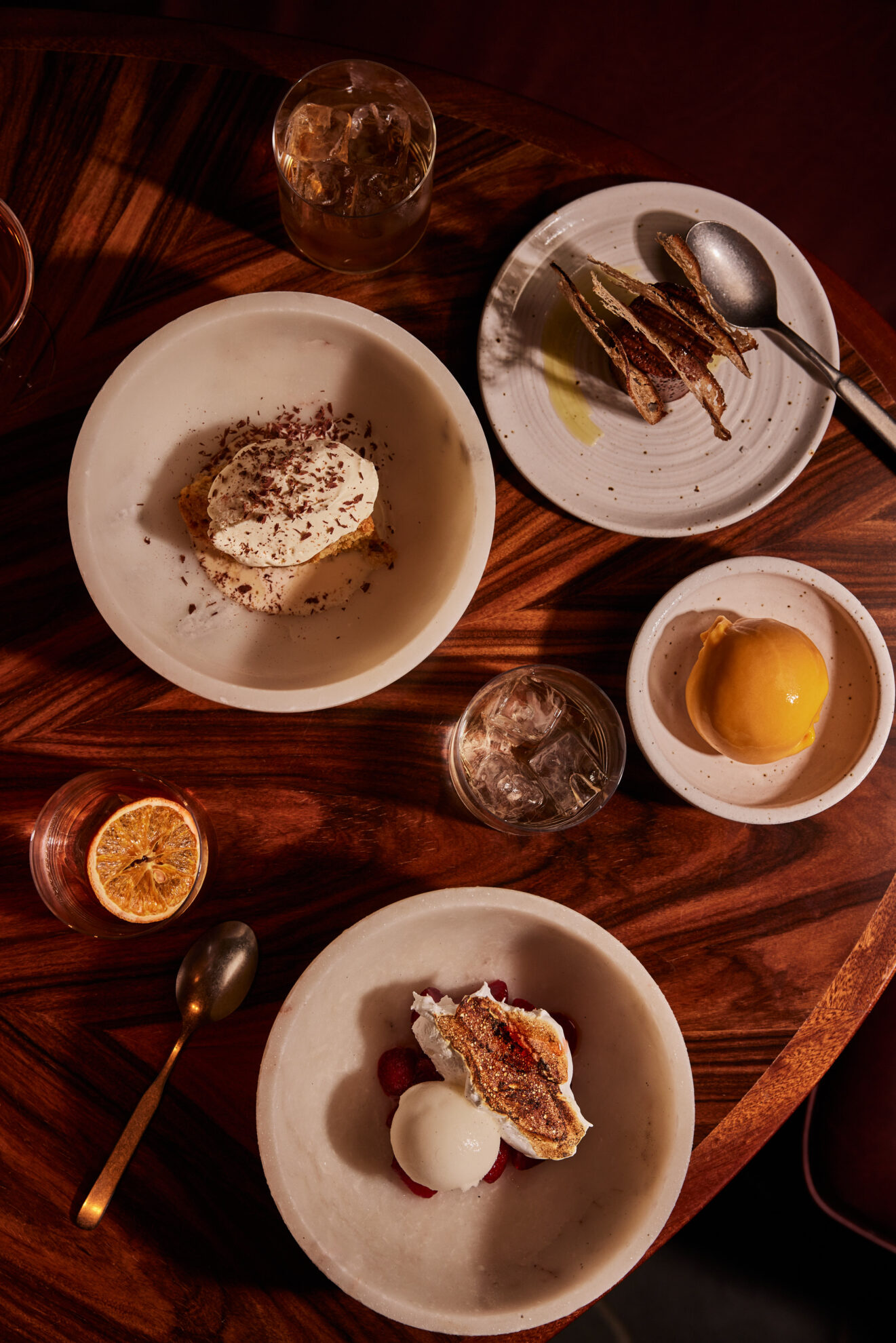 After a long and languid meal, the lights in Decimo were turned down low and there was a satisfied buzz about the place. Inclined to linger, we headed down to the ground-floor Library Lounge, which apparently has its own in-house librarian and “carefully selected titles” representing 28 subject categories such as Romance and Technology, Politics and Tragedy, and Order and Chaos. It also has a recording studio. My guest and I both agreed it had been a thoroughly enjoyable evening and we’d go back.

The Standard also has a hotel in the Maldives (unveiled in autumn 2019), with other pipeline openings coming to Milan, Paris, Lisbon, Bordeaux, Mexico City, Bangkok, Jakarta, Koh Samui, Phuket and Chicago.