From Gen Alpha Design to High-Impact Conservation, a new forecast from Globetrender and elite adventure travel company Pelorus reveals the trends defining luxury travel and yachting over the next five years.

The findings were revealed at a recent event at the Icetank in London, which was attended by both press and senior figures from the luxury adventure travel industry. 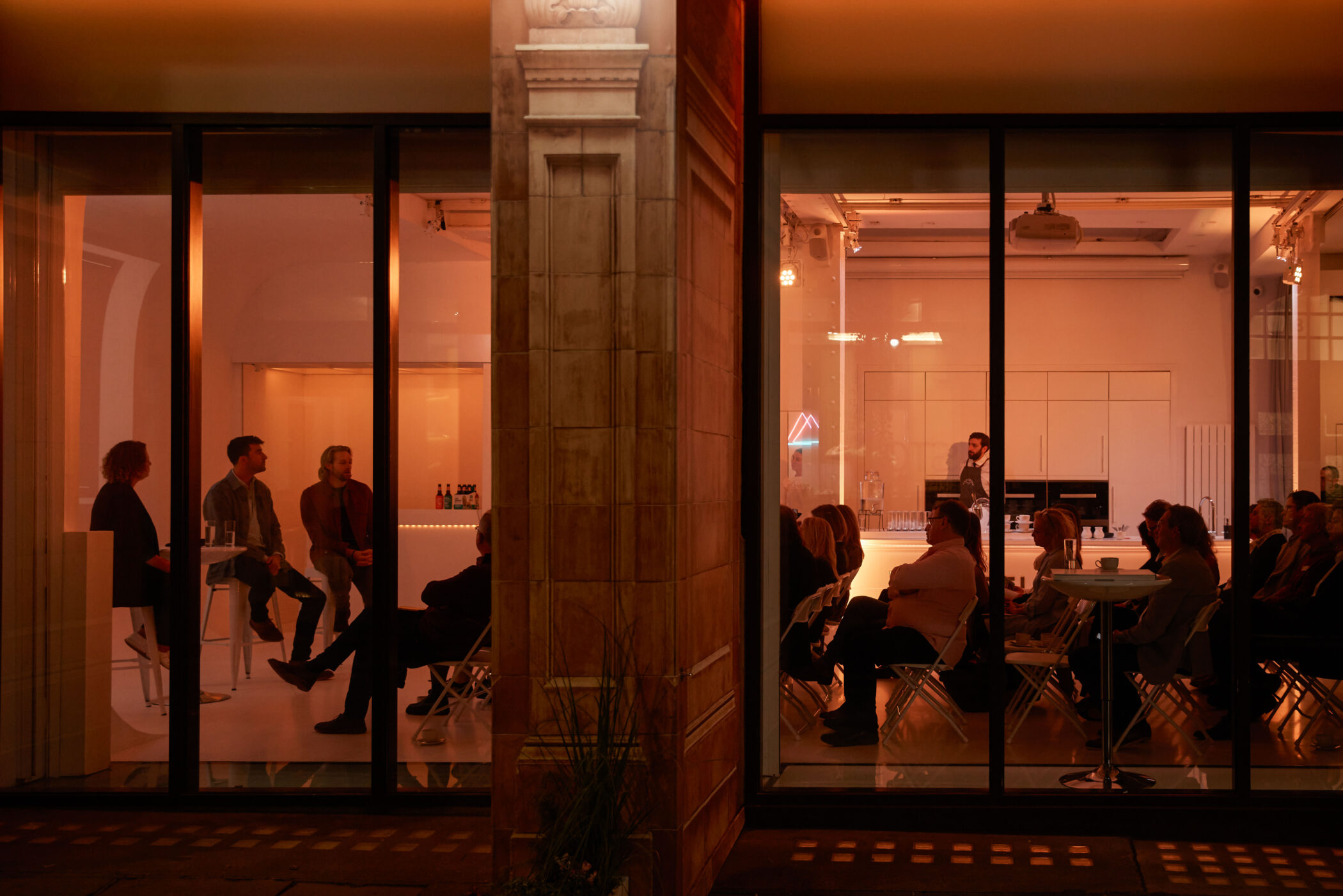 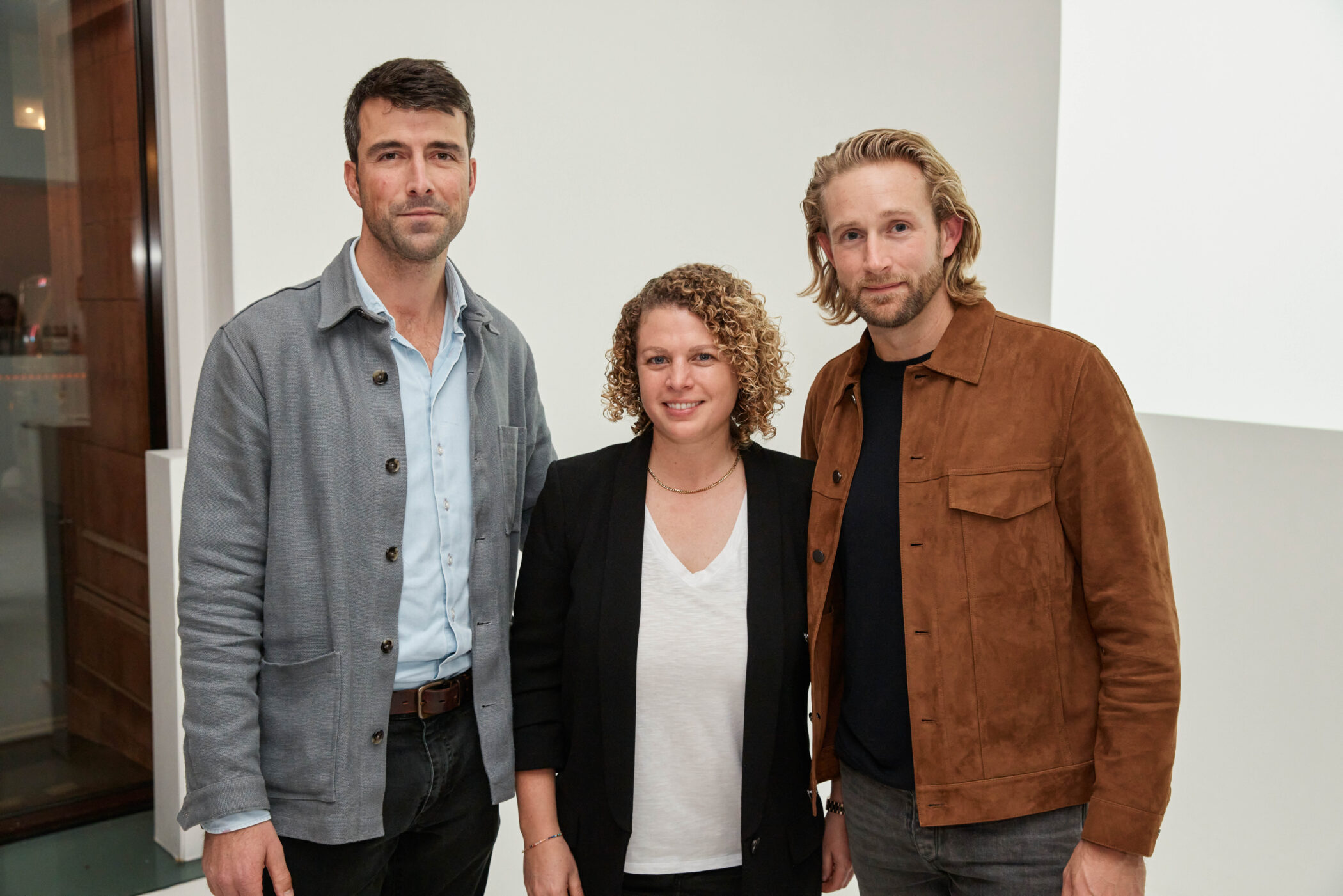 For this report, Globetrender worked closely with Pelorus by conducting a series of consultations to identify what trends Pelorus itself is giving rise to through innovations of its own, as well as what its clients are asking for, where they are planning to travel to and how their needs are evolving. After drawing up a long list of themes, concepts and drivers, we formed a short list of trends and complementary case studies.

Geordie Mackay-Lewis, co-founder and CEO of Pelorus, says: “In joining forces with Globetrender, we have been able to produce a mind-expanding piece of thought leadership that provides legitimate and trustworthy signals of the trends shaping the future of luxury travel.

“As a highly innovative travel provider; we always aim to be ahead of the curve, and provide our clients with visionary experiences that are unparalleled. Over the coming five years, we will be leading the way with crypto payments for trips, pioneering clean tech expeditions and new technology, among many other initiatives. We hope this report inspires other brands to think creatively too.” 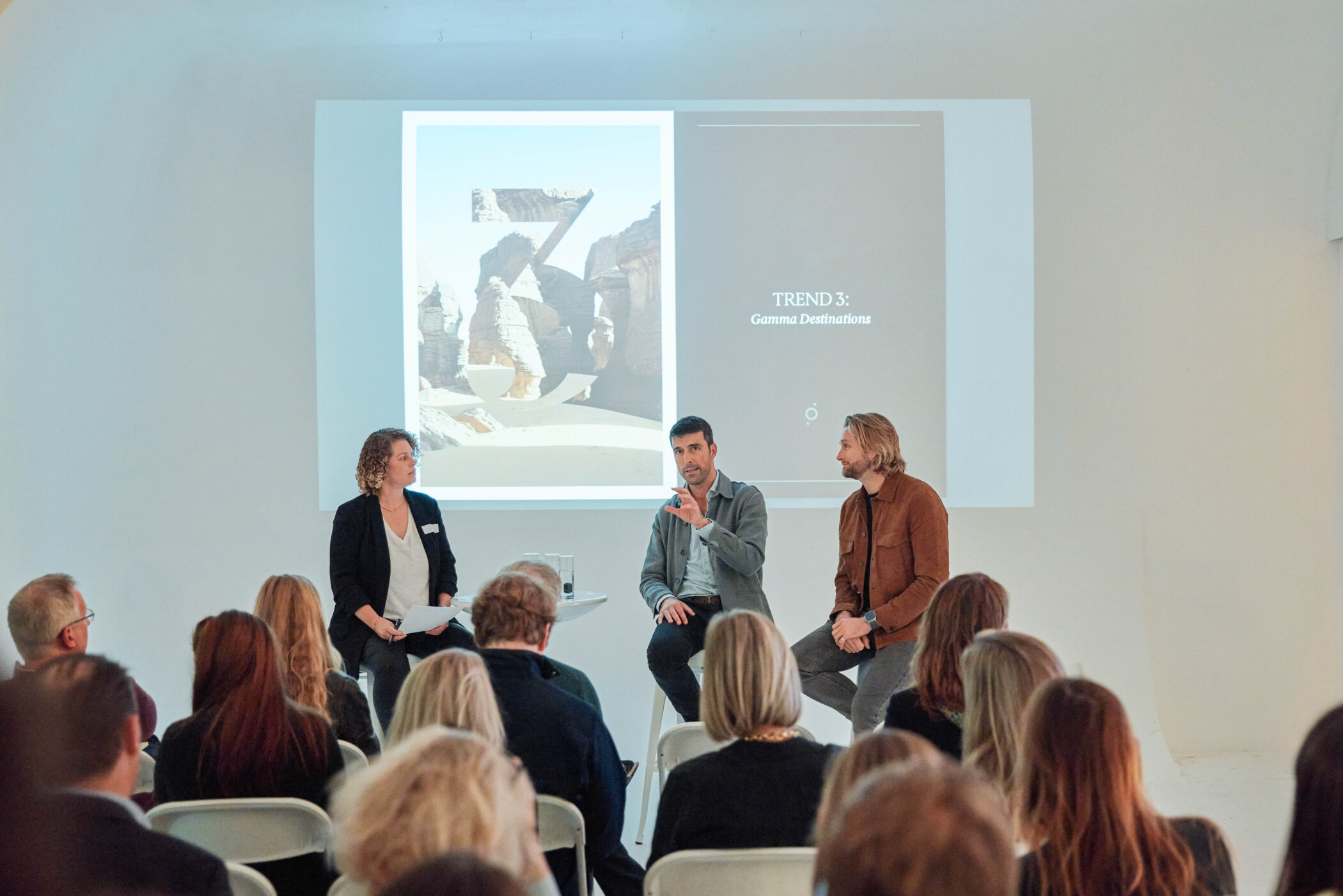 In this report, we chose to focus on seven key trends that we think will be key to shaping the future of luxury travel between 2023 and 2027.

First off, we look at Gen Alpha Design and the significance of this youthful demographic as passive consumers who rely on their parents to spend on their behalf. In addition, we explore High-Impact Conservation, Ocean Exploration and Gamma Destinations, among others. 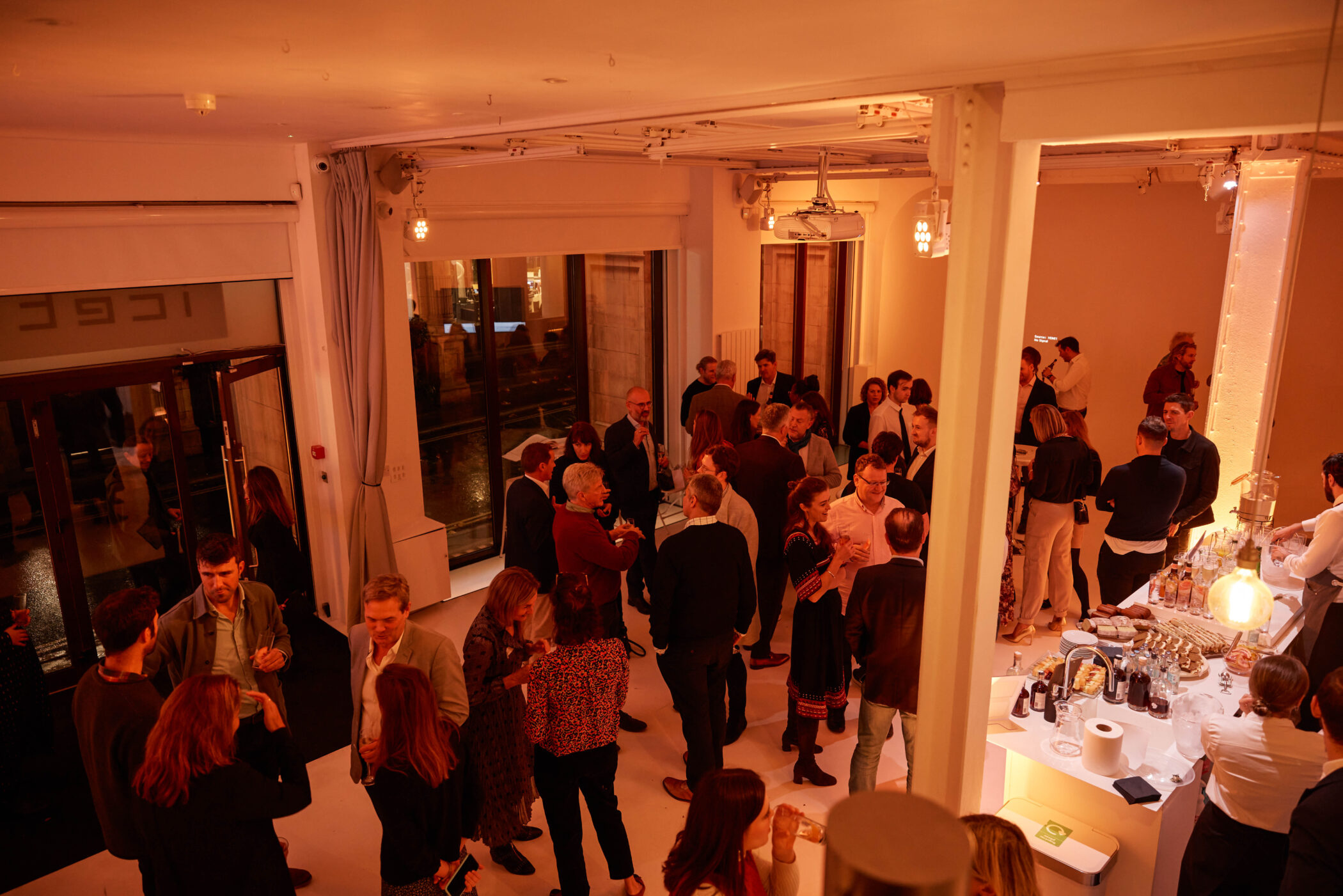 Although the world is plunging into recession and many countries are experiencing a cost-of-living crisis, luxury travel is forecasted to continue unabated.

Jenny Southan, editor, founder and CEO of Globetrender, says: “Although many countries are facing a short-term cost-of-living crisis, and there is a worldwide recession forecast, as we have seen from the Covid-19 crisis, the most privileged people are usually able to carry on as normal – or even benefit from a downturn.

“With this in mind, Pelorus and Globetrender predict that demand for luxury travel will be healthier than ever over the next five years. In fact, with millionaires and billionaires being made every day (especially in Asia, which will be a huge outbound source market), there will be no better time to cater to the elite and their offspring.” 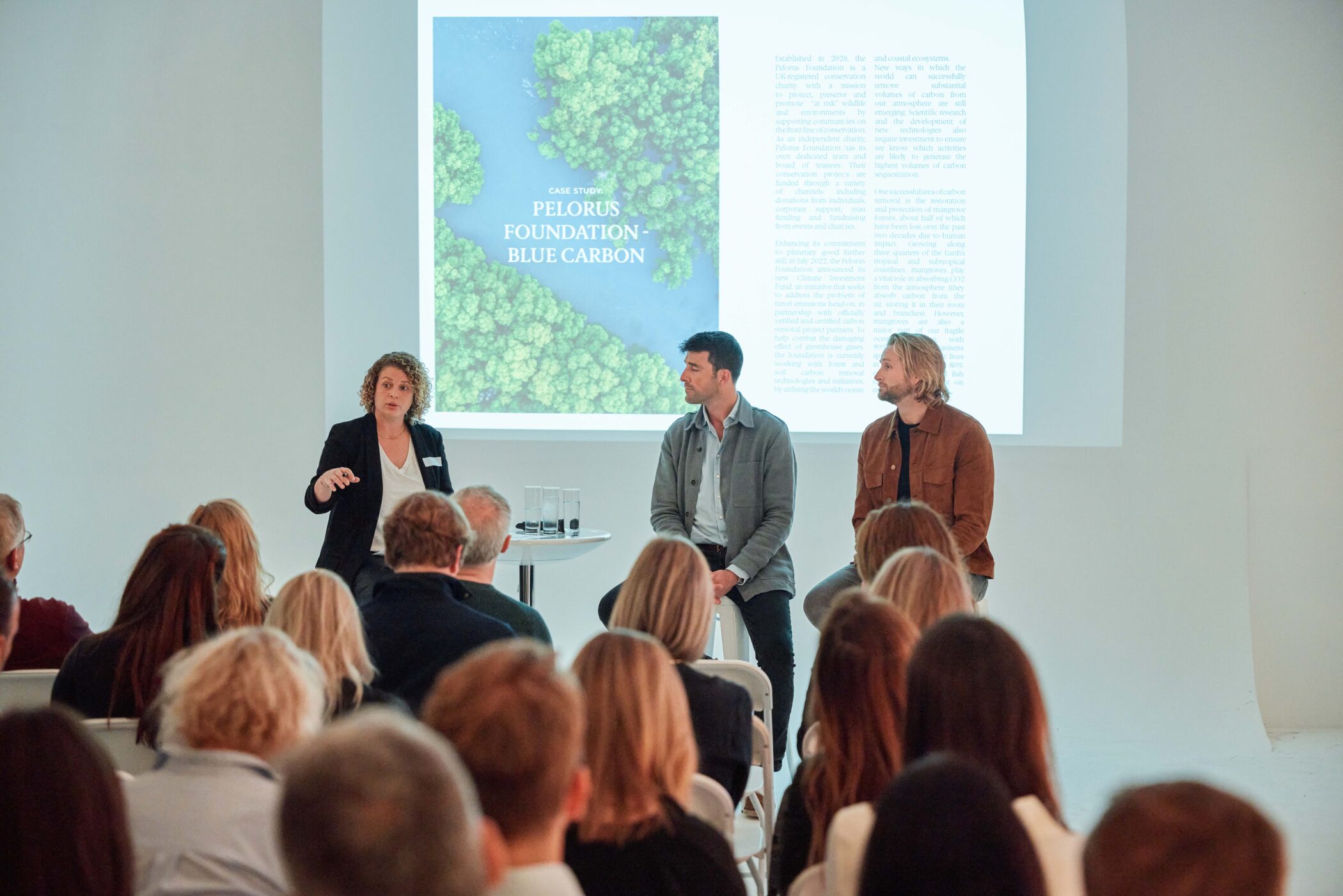 The report also features three case studies, as examples of how some of the trends are manifesting. For Gamma Destinations, Pelorus and Globetrender presented Saudi Arabia as a key example, which provoked in interesting discussion with media in attendance. 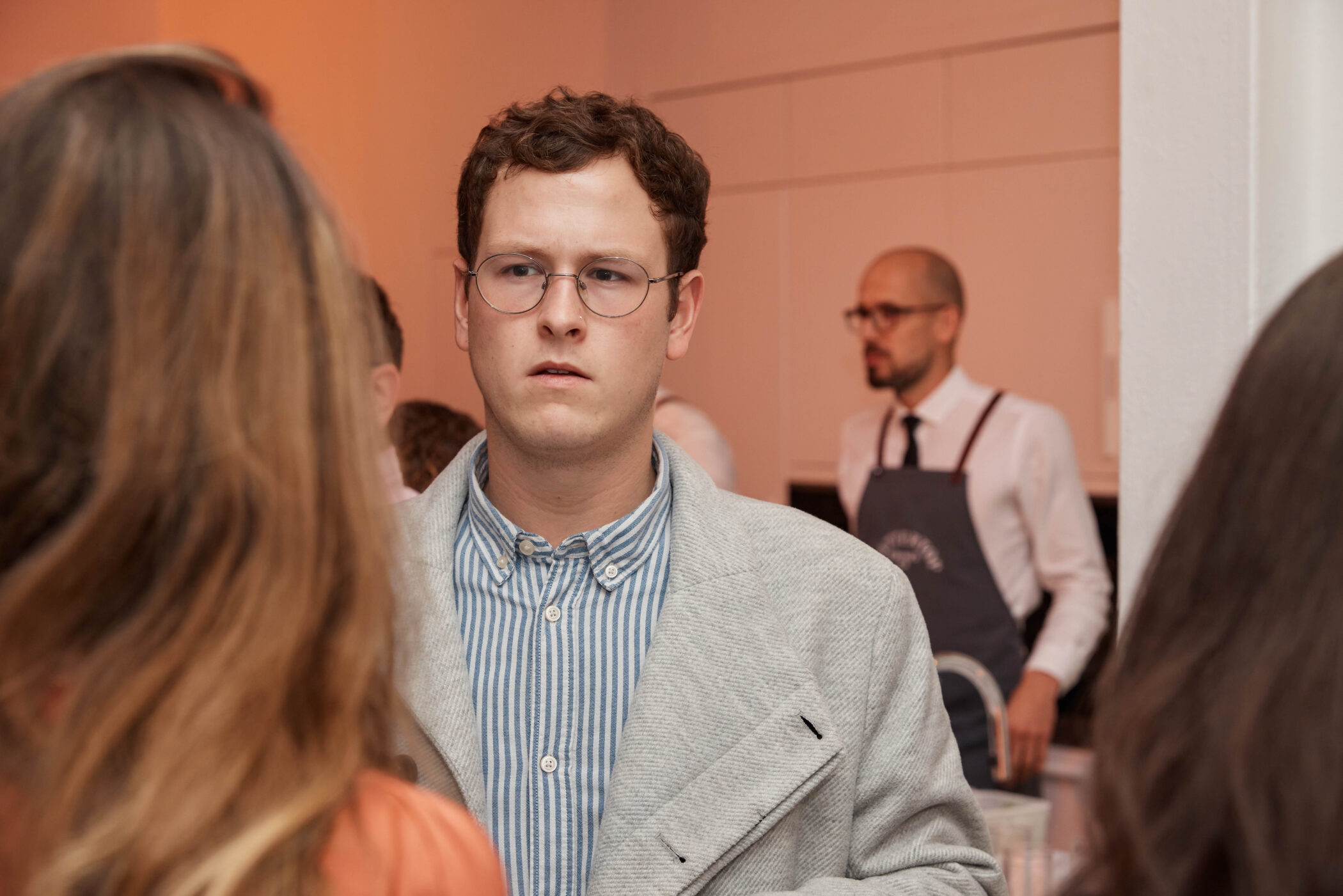 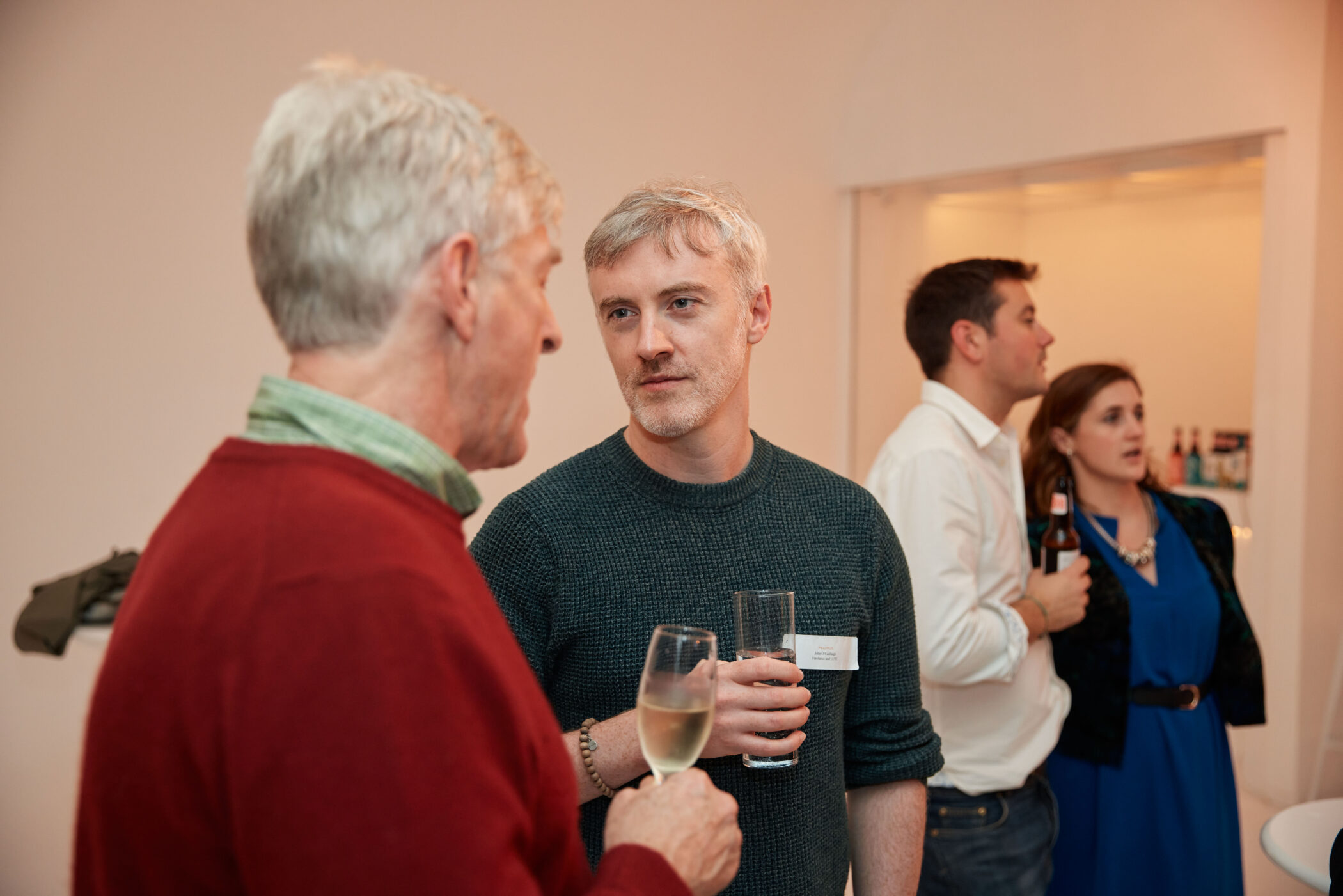 What does Globetrender think about a rise in international tourism to this controversial destination? Southan says: “As a travel journalist I think it is important to keep an open mind. I went to Iran in 2016, which is one of the last places you might imagine going on holiday, and found it to be a fascinating and beautiful country.

“I have my own personal reservations and concerns about travelling to Saudi but I am also curious to see it with my own eyes. I fundamentally believe that tourism can bring cultures closer together, and hope that an influx of international visitors will encourage Saudi to become more liberal.” 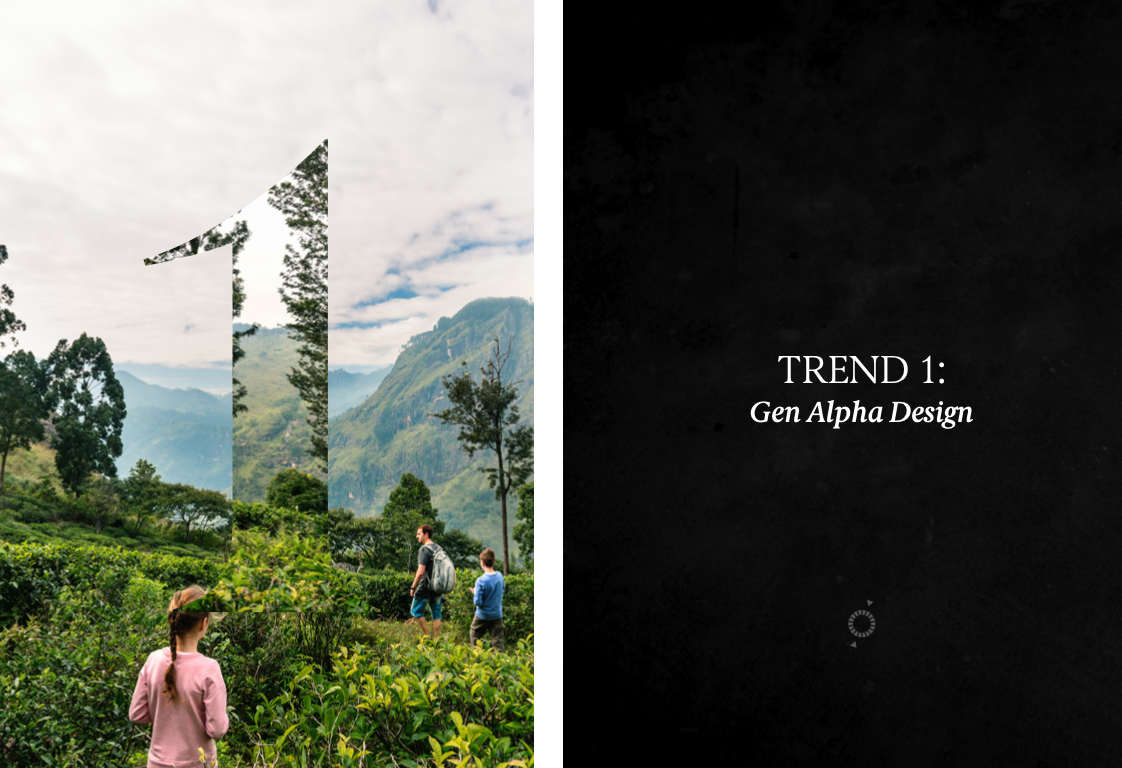 Up until recently, the luxury travel industry has been largely focused on catering to Millennials (Gen Y), but now that many of them have become parents to Gen Alpha, their needs are changing.

Not only are Millennials the most travelled generation on Earth but a large proportion of them are exploring the world with their offspring, which means Gen Alpha Design will increasingly take precedence when it comes to vacation planning. (As every parent knows, if the kids are happy, everyone’s happy…)

By 2027, Generation Alpha will be aged between two and 16, which means luxury travel companies have a huge opportunity to recalibrate their offerings to better cater to this youthful demographic and their Gen Y parents.

It’s also worth noting that a growing number of parents are now part of the LGBTQ+ community and that, in the UK, 23% of families are now headed up by a lone parent (about 90% of whom are women), so hospitality companies need to challenge their assumptions of what a modern family looks like and what their needs are. 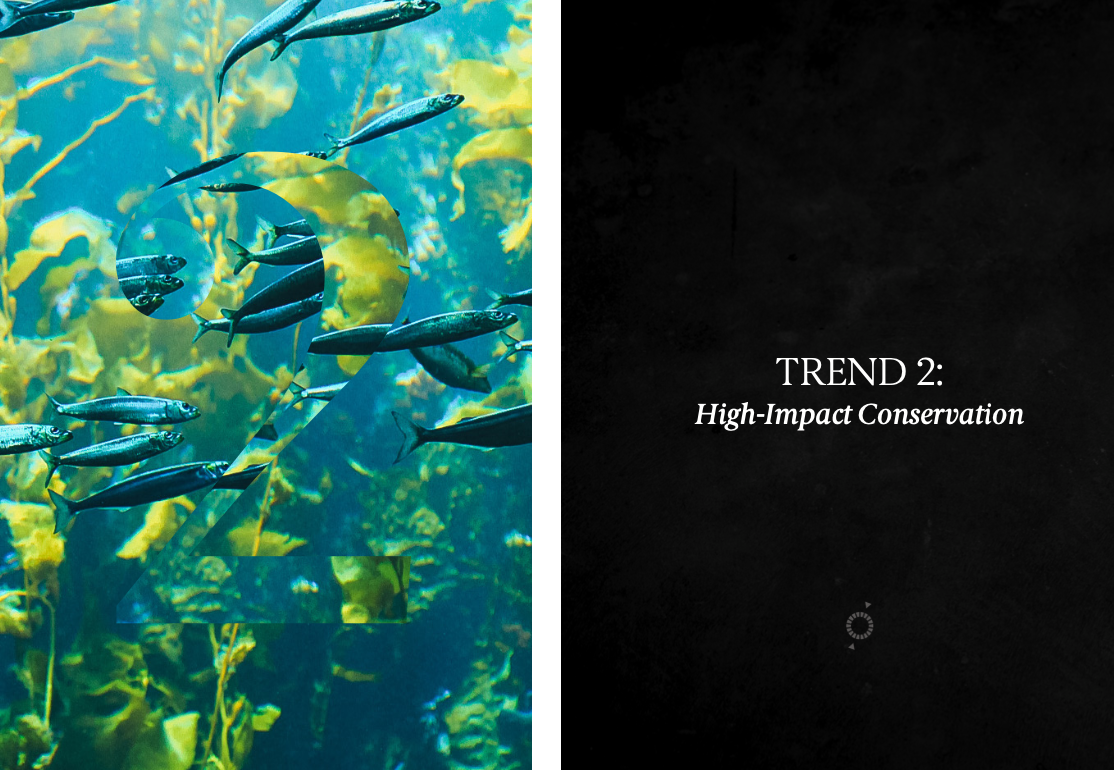 Between 2023 and 2027, we anticipate an increase in demand for High-Impact Conservation from high-net-worth clients who really want to make a difference. Not only do they want to actively learn about the flora and fauna of Earth, but they also want to ensure that their presence contributes to its preservation, protection and future flourishing.

As the world faces a crisis of human-made consequences with habitat destruction, biodiversity loss and climate change, there is a growing sense of urgency to not only undo some of this damage but to witness wildlife and places of outstanding natural beauty that could one day be gone forever.

For discerning high-net-worth travellers who are no longer impressed by gold taps and caviar, “luxury” has taken on new meaning. With scarcity always integral to its definition, it makes sense that “luxury” is becoming associated with exploring remote wildernesses or tracking rare animals. After all, what greater privilege could there be?

A travel company with a conscience, Pelorus is leading the way with High-Impact Conservation trips that provide a blueprint for high-budget ethical tourism of the future. 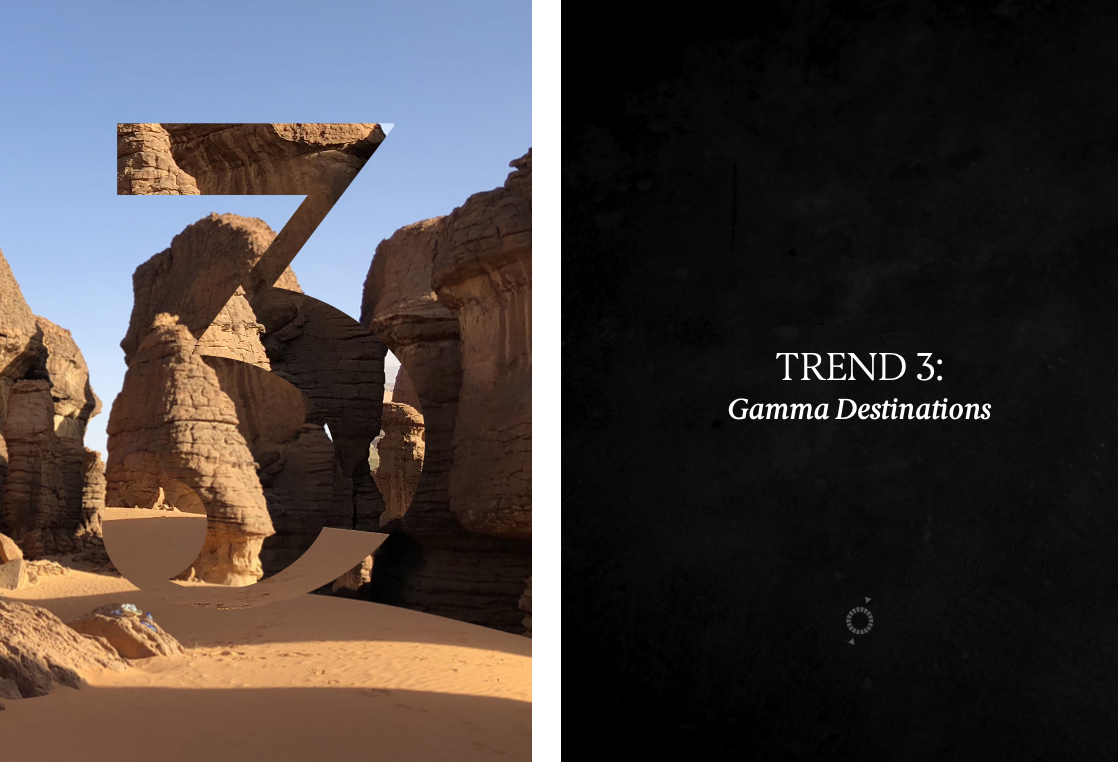 Over the next five years and beyond, high-net-worth explorers will increasingly be avoiding over-crowded “Alpha Destinations” such as Machu Picchu in Peru, Angkor Wat in Cambodia, Uluru in Australia and famous peaks such as Mount Everest and Kilimanjaro.

With China likely reopening in 2023, opening the flood-gates to a vast outbound travel market, as well as the rise of the middle classes in Asia, competition to see the world’s most recognisable destinations (spurred on by social media promotion) will become fierce. Even “Beta Destinations” such as Bhutan, Rwanda and Antarctica will start to become overly busy at certain times of year.

Pelorus has always been a leader in seeking out the “rare” and “extraordinary” so is well-placed to cater to the rising demand for new discoveries. As luxury travellers dream of even more extreme adventures, there is a greater opportunity to devise trips to emerging Gamma Destinations that offer an array of entirely new experiences.

For the worldly wealthy who have “seen it all before”, there will be a growing appetite to see previously unheard of or overlooked countries. There will even be a thirst among a particularly curious minority to set foot in new frontier destinations such as Socotra in Yemen.