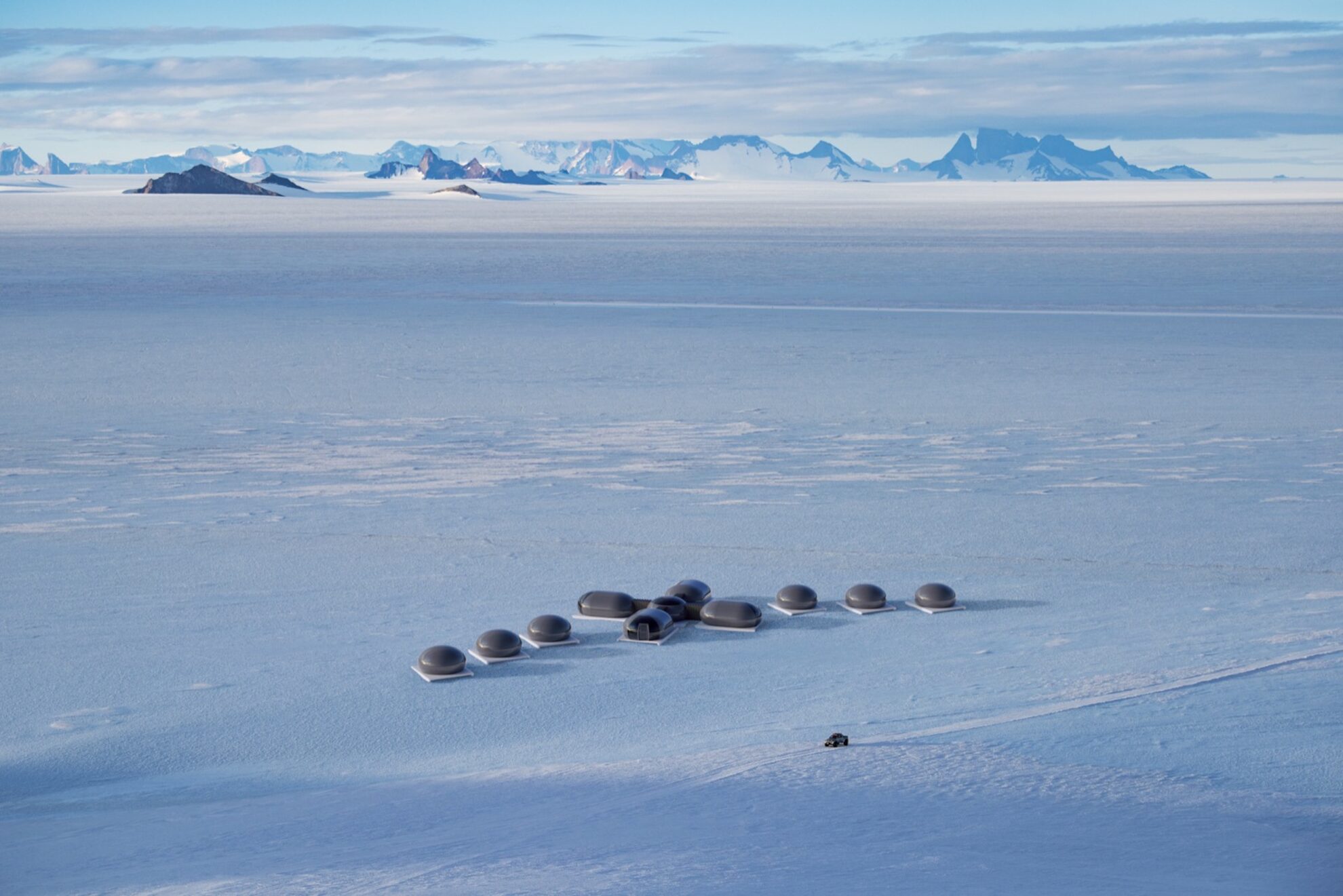 Luxury adventure company White Desert has developed Echo Base, a zero-impact, ultra-luxury glampsite in the Antarctic.

Coming in December 2022, Echo Base is encircled by pitted rock formations and situated amid the solitude of endless Antarctic terrain.

Inspired by the age of space exploration, its futuristic “Sky Pods” home six bedrooms created from composite fibreglass with floor-to-ceiling windows allowing guests to soak in the moon-like landscape surrounding them. 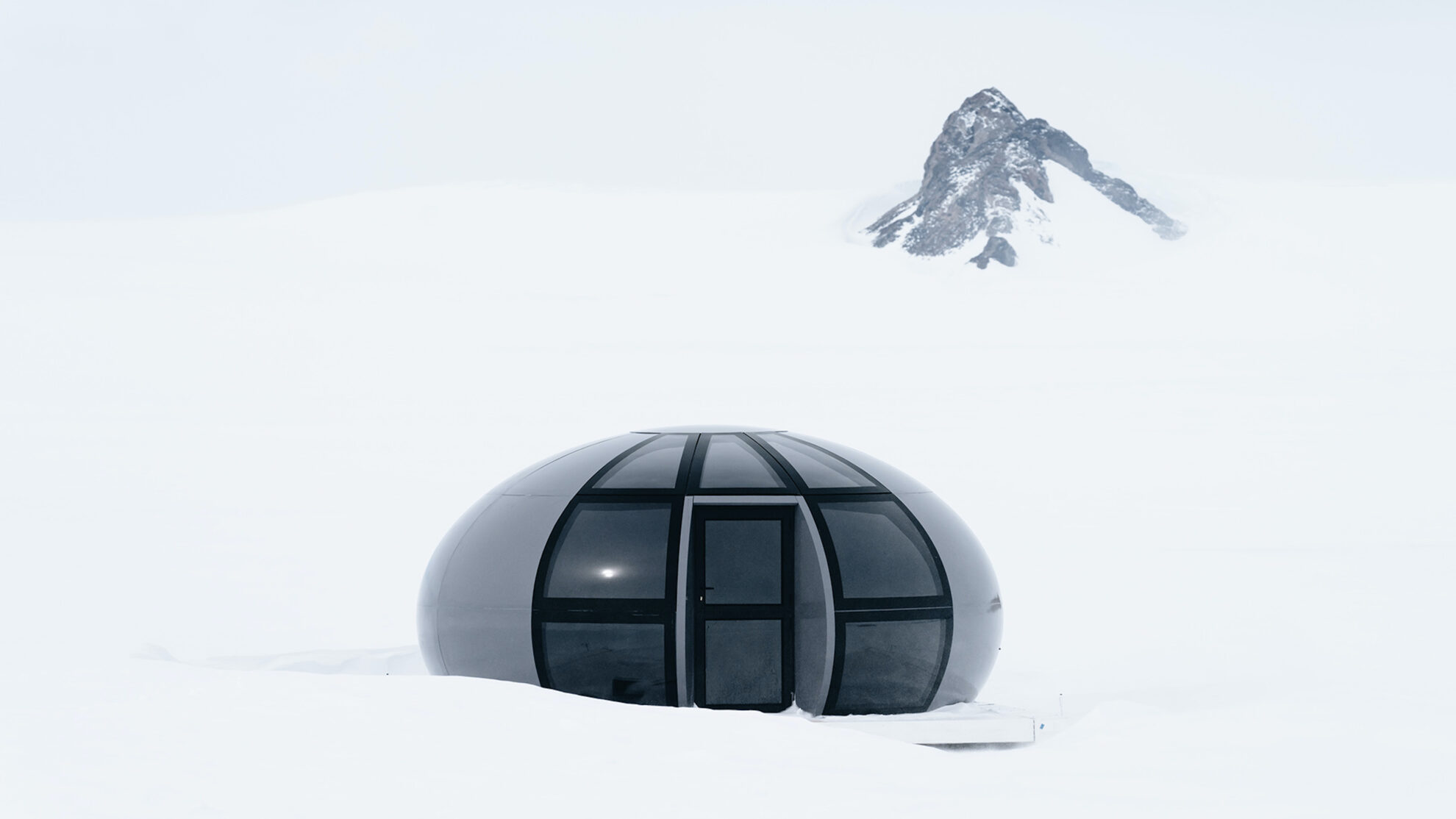 Patrick Woodhead, CEO and founder of White Desert, says: “The inspiration behind Echo Base comes from too many years of watching Star Wars as a kid. I loved the style and vision of how they perceived the future would be in the 1970s.

“The fusion of ‘space’ and ‘exploration’ seemed entirely natural to the Antarctic environment, as only there do we get such vast moonscapes, needle-point mountains and incredible ice formations.

“I am often asked what travelling to Antarctica is really like and my response is always the same – it’s the closest you can get to being on another planet [without leaving Earth].”

Available for exclusive use for groups of up to 12 people, with catering included, Echo is designed to be dismantled, leaving no trace behind on the Antarctic landscape.

Woodhead says: “We felt it was time to re-design our Antarctic accommodation and move away from the leather and canvas feel of the early explorers. Instead, we designed unique ‘sky pods’ with clean lines, perfect symmetry and incredible comfort.

“The pods’ ultra-modern materials are in total juxtaposition to the wild, elemental landscape they inhabit, giving them the effect that they have just been beamed down from Mars. The six bedrooms have floor to ceiling windows, creating an almost inside/outside feel when you are lying on the bed.” 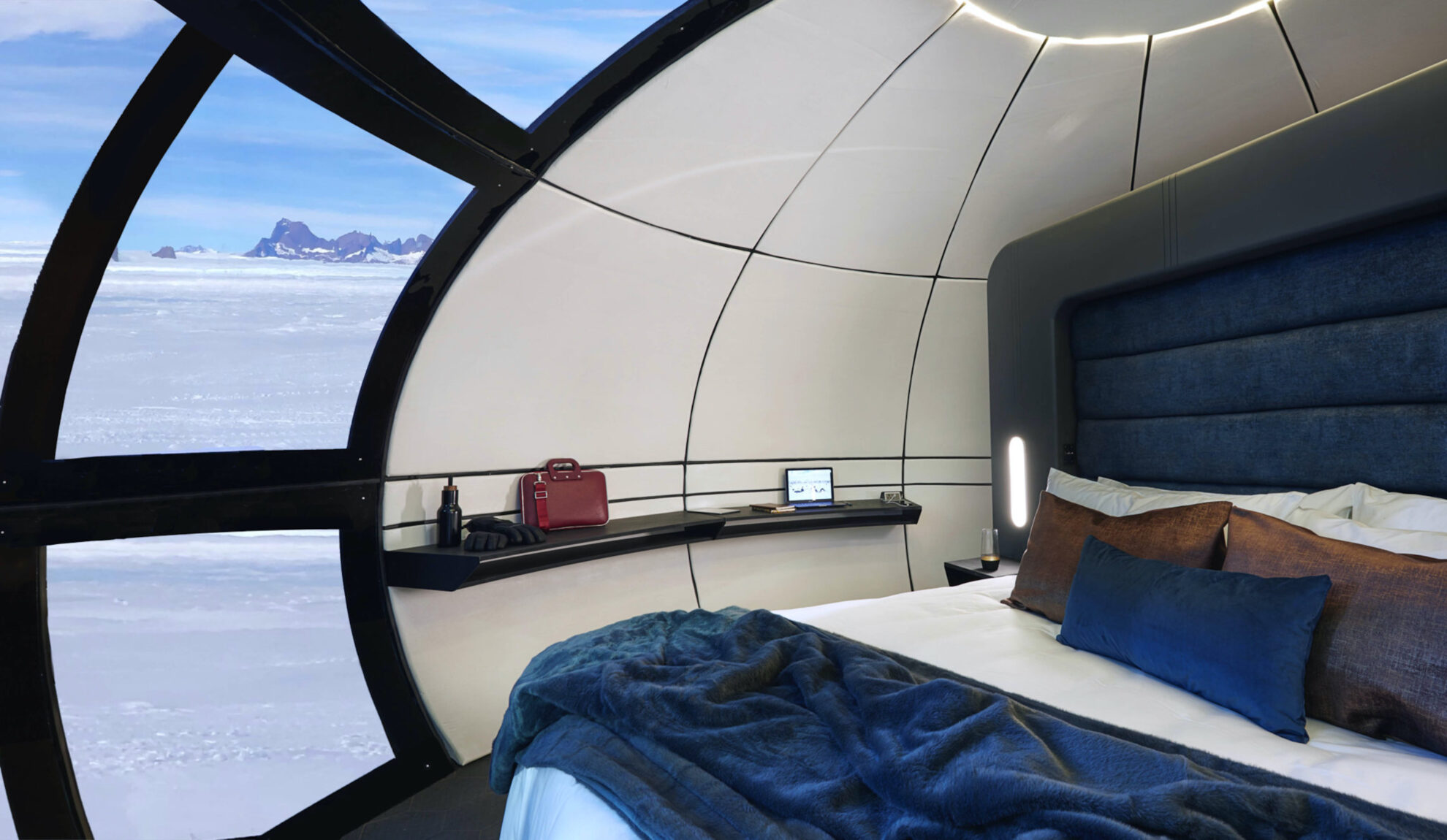 Each pod will feature original photos taken from the International Space Station (ISS) by former Commander, White Desert guest and retired astronaut, colonel Terry Virts who, upon seeing the landscape surrounding Echo Base, said: “The mountains are the most beautiful I have seen across Earth, Venus and Mars.”

During their stay at Echo, lucky adventurers will be able to choose from a variety of unforgettable activities, including visiting a 28,000-strong Emperor penguin colony, journeying to the South Pole. fatbiking, abseiling and ice climbing.

Woodhead says: “More than anything, I wanted Echo Base to be a place for travellers who are looking for a decidedly advanced vision of adventure and luxury travel.”

Stays at Echo Base are priced from US$13,000 per person per night.