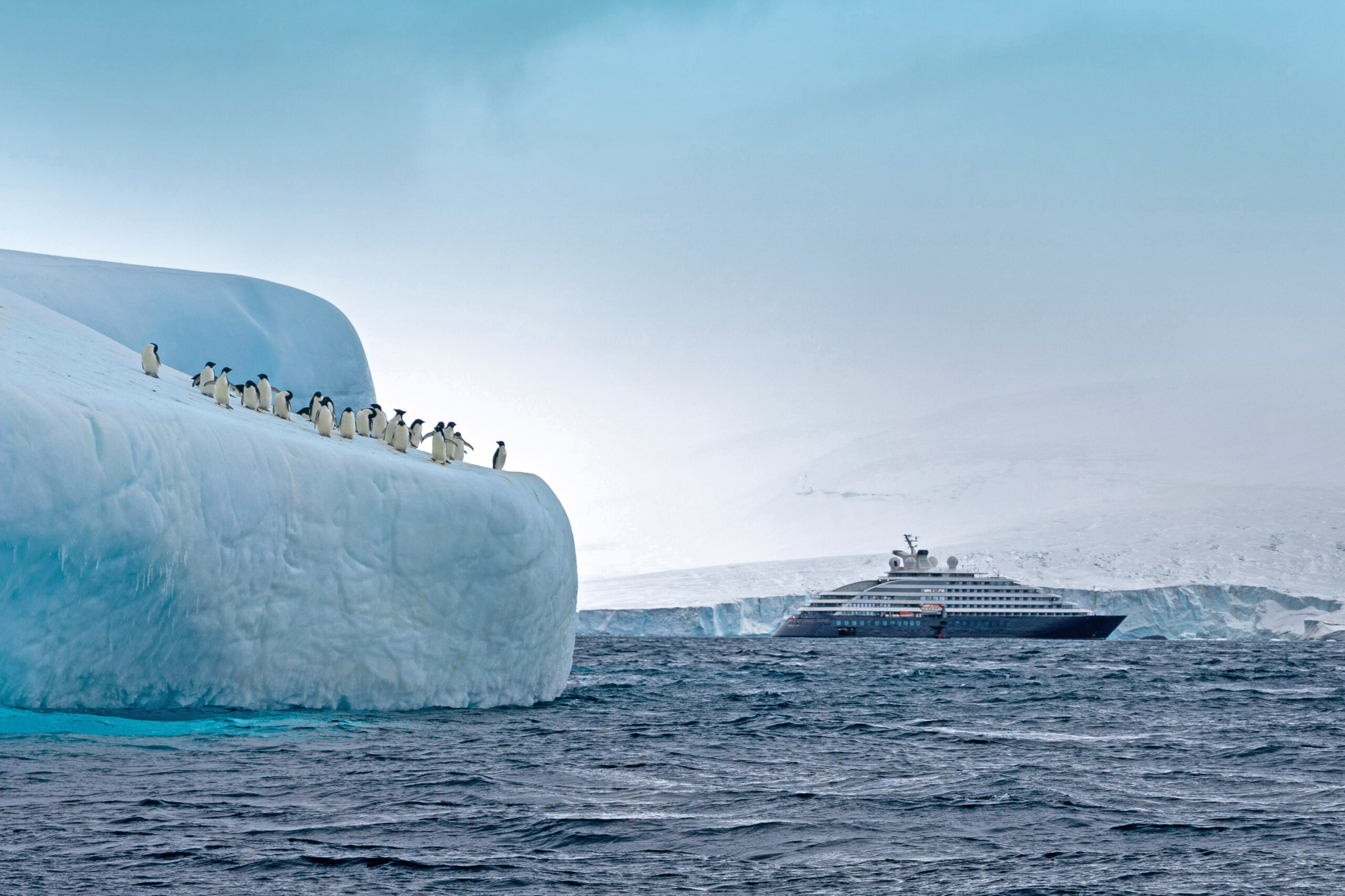 From Antarctica to the Russian High Arctic, luxury ocean cruiser Scenic Eclipse will take passengers to some of the least-visited places on the planet in 2021. Rose Dykins reports

This year has seen adventure cruise operators launch itineraries to ever more remote corners of the world – a far cry from the stereotypical crowded port stops that come to mind with traditional cruises.

And Scenic Eclipse – described as the “world’s first discovery yacht” – has announced some extremely far-flung itineraries for next year and 2022.

In 2019, the 228-passenger Scenic Eclipse was launched. Among its “six-star” facilities are ten restaurants, eight bars and a range of equipment for exploring when the boat stops, including kayaks, e-bikes, two on-board helicopters, and  a six-seater submarine. 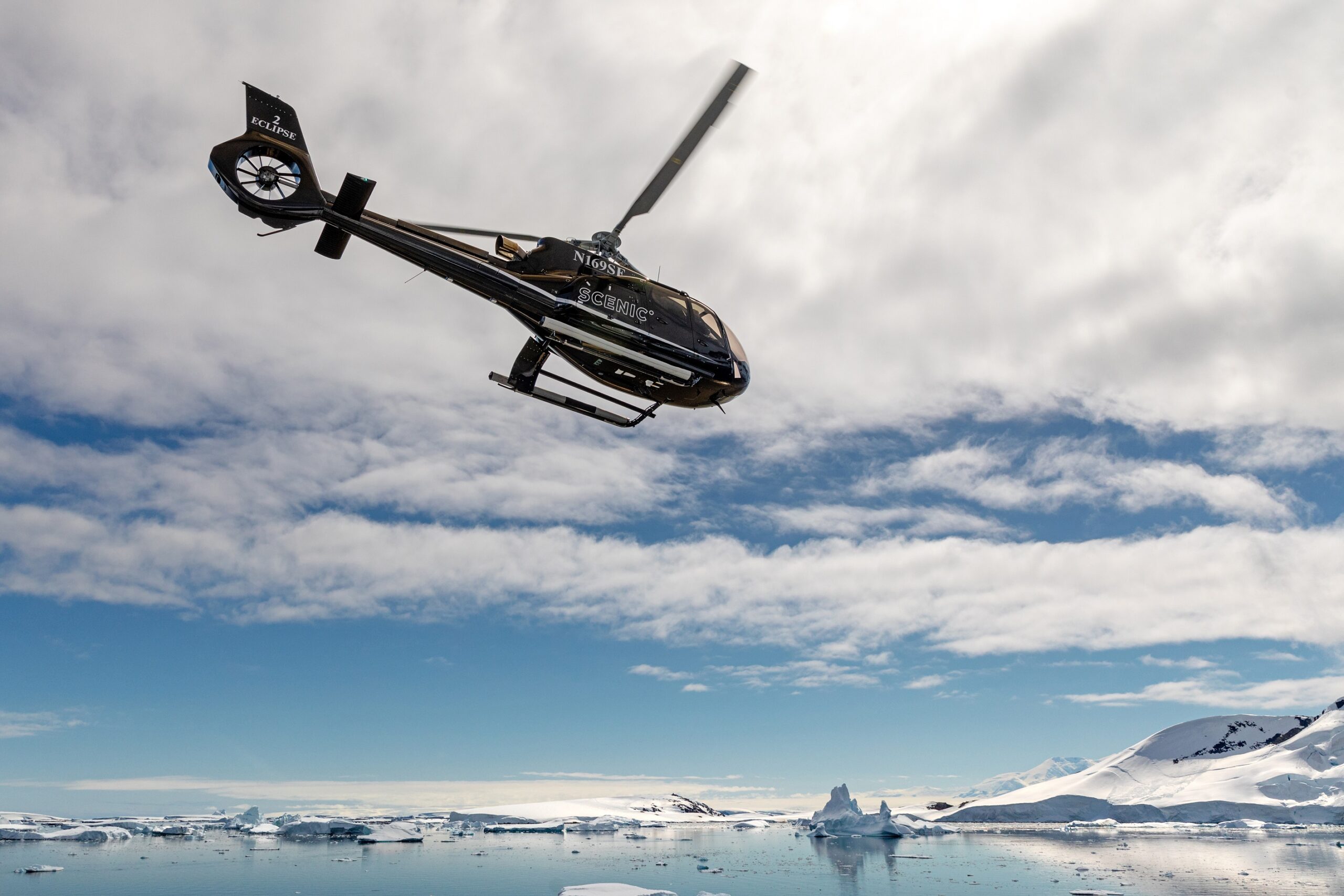 For those seeking reassurance post-Covid-19, the yacht offers a Deposit Protection Plan that lets guests change their dates or itinerary up to 120 days before departure.

Guests will also get beneath the surface of the southernmost waters of the world with a submarine tour, and witness some breathtaking wildlife. The voyage is priced from £9,155 per person. 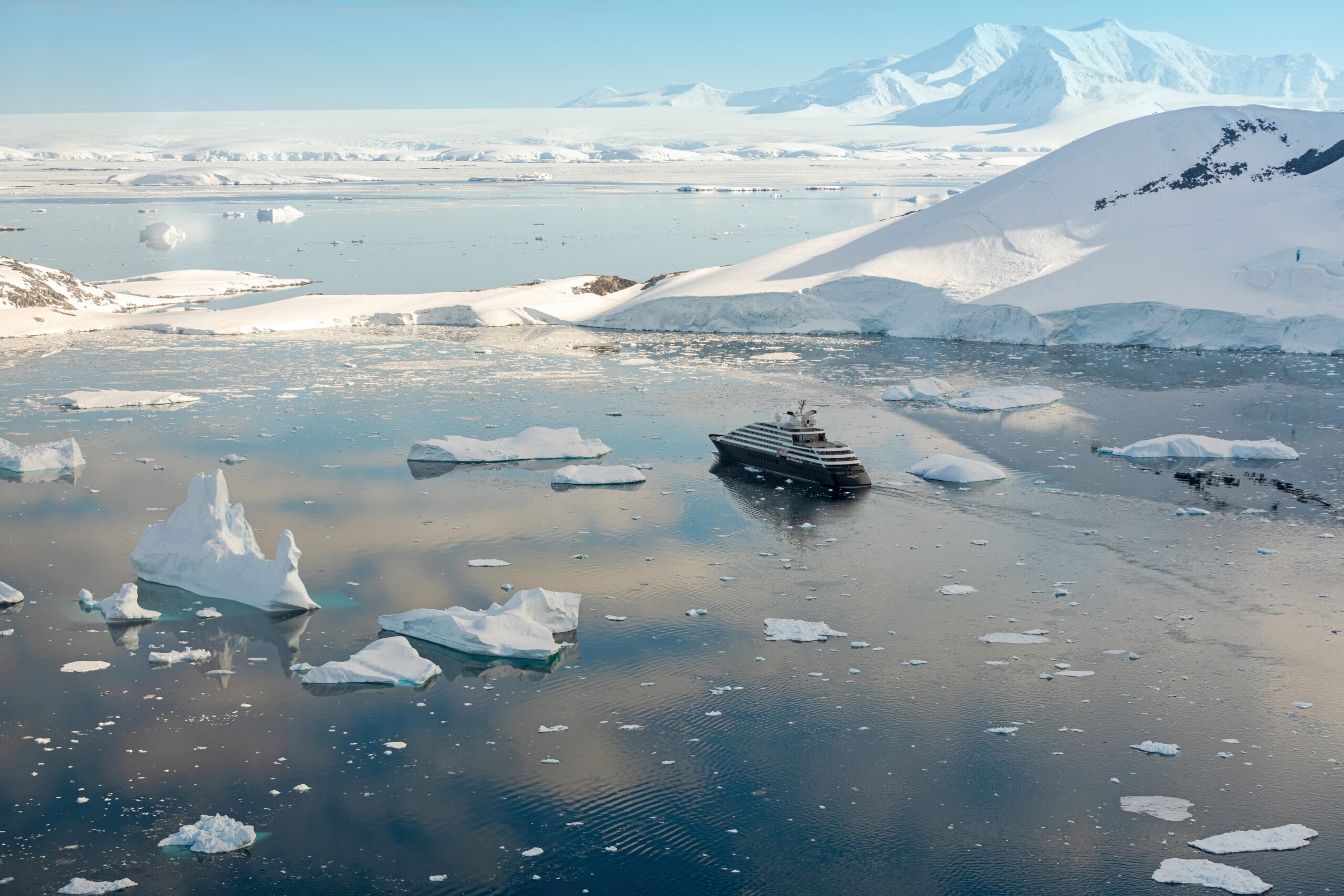 Departing for the first time in September 2022, Scenic Eclipse’s 13-day Beyond the Arctic Circle voyage sails from Oslo to Tromso, following in the footsteps of famous Norwegian expeditions in search of polar bears and whales.

Passengers will feel like they’re entering territory completely untouched by humans as they traverse the Arctic, with glaciers and mountains stretching into the distance. The next voyage departs in September 2022, and costs £9,471 per person. 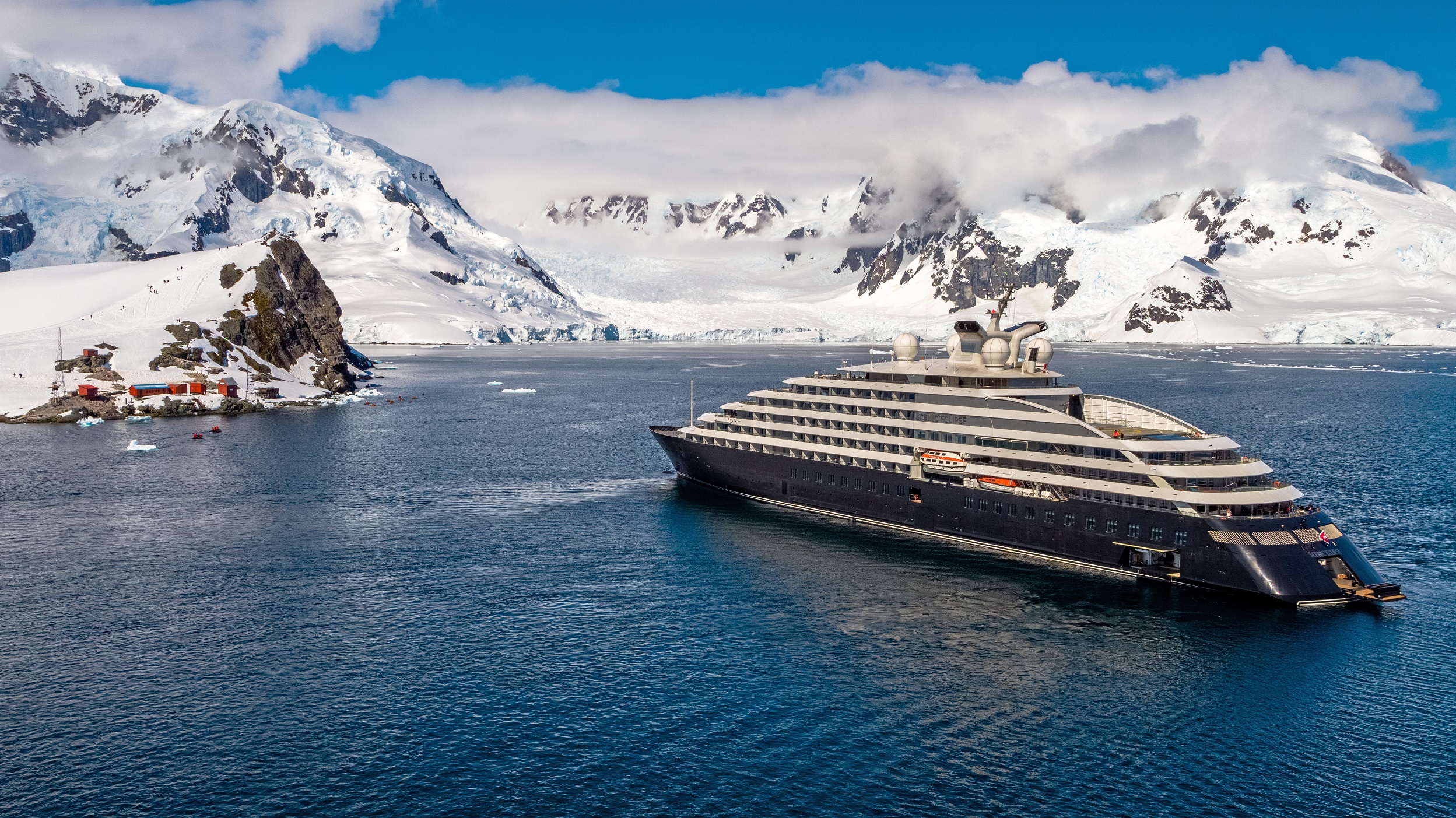 Meanwhile, departing in August 2022, the 19-day Franz Josef Adventure voyage also takes travellers on the trail of some of the world’s most intrepid explorers around the Russian High Arctic.

Departing from fjord-filled northern Norway, the ship will journey to the Russian port of Murmansk before heading to remote Russian archipelagos, including Franz Josef Land, the most northern archipelago in Eurasia, with 191 mostly uninhabited islands. 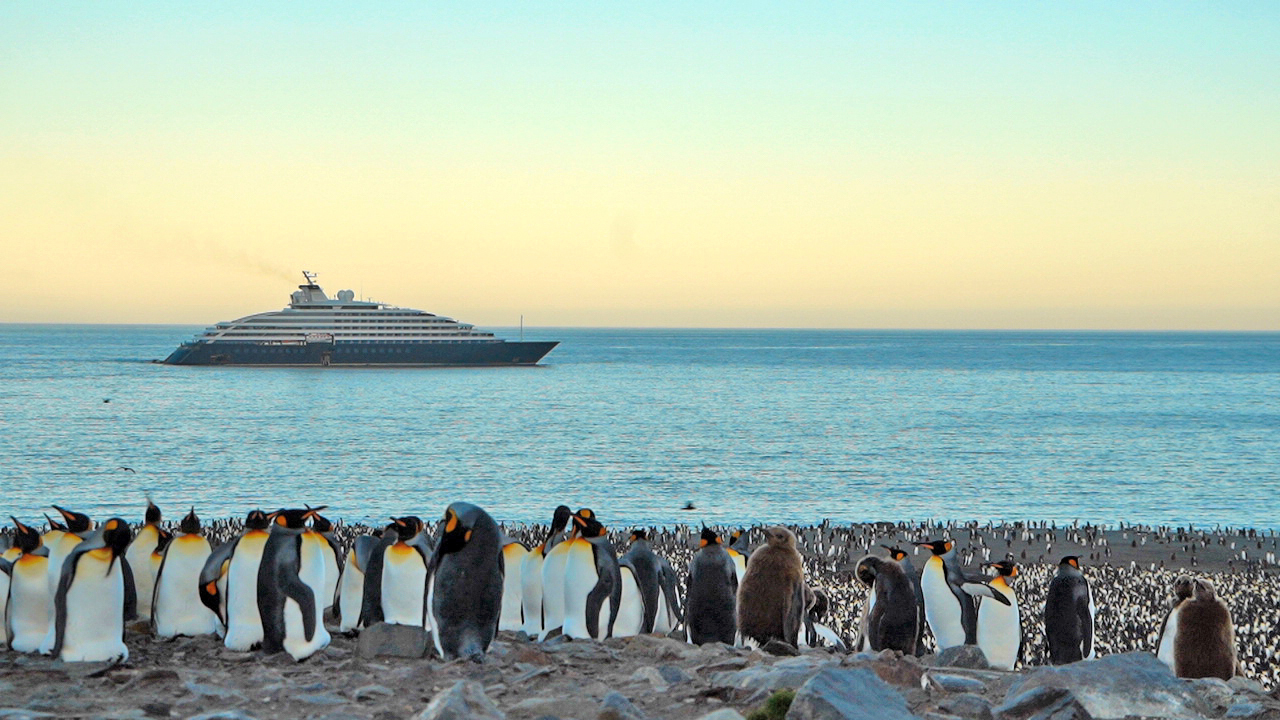 Passengers will experience pristine wildlife that few people in the world will ever get to see, as the area is reached by extremely few travellers. The voyage is priced from £12,768 per person.

These exciting polar voyages that combine luxury with adventure into the wilderness tally with with Globetrender’s prediction that “Wilderness Seeking” will be a top trend for Travel in the Age of Covid-19.