Ensconced in a verdant country estate, Coworth Park is a British country house hotel and spa that is ideal for a top-end rural escape, complete with copper baths, horseriding and gourmet picnics. Jenny Southan reports

It’s unquestionable that the pandemic heightened our obsession with the countryside, especially among nature-starved city-dwellers. But even in the post-Covid era I think many people have realised that having the opportunity to temporarily relocate to a more rural location – even if it’s just for a long weekend – is vital to feeling rejuvenated.

Coworth Park dates all the way back to the late 1700s when it was built as a private family home for William Shepheard, a prosperous East India merchant. Many decades later, in the 1980s it was bought by Galen Weston, owner of Selfridges and Fortnum and Mason. Finally, in 2010, it became part of the Dorchester Collection, a luxury hotel brand that also have properties in London and Los Angeles. 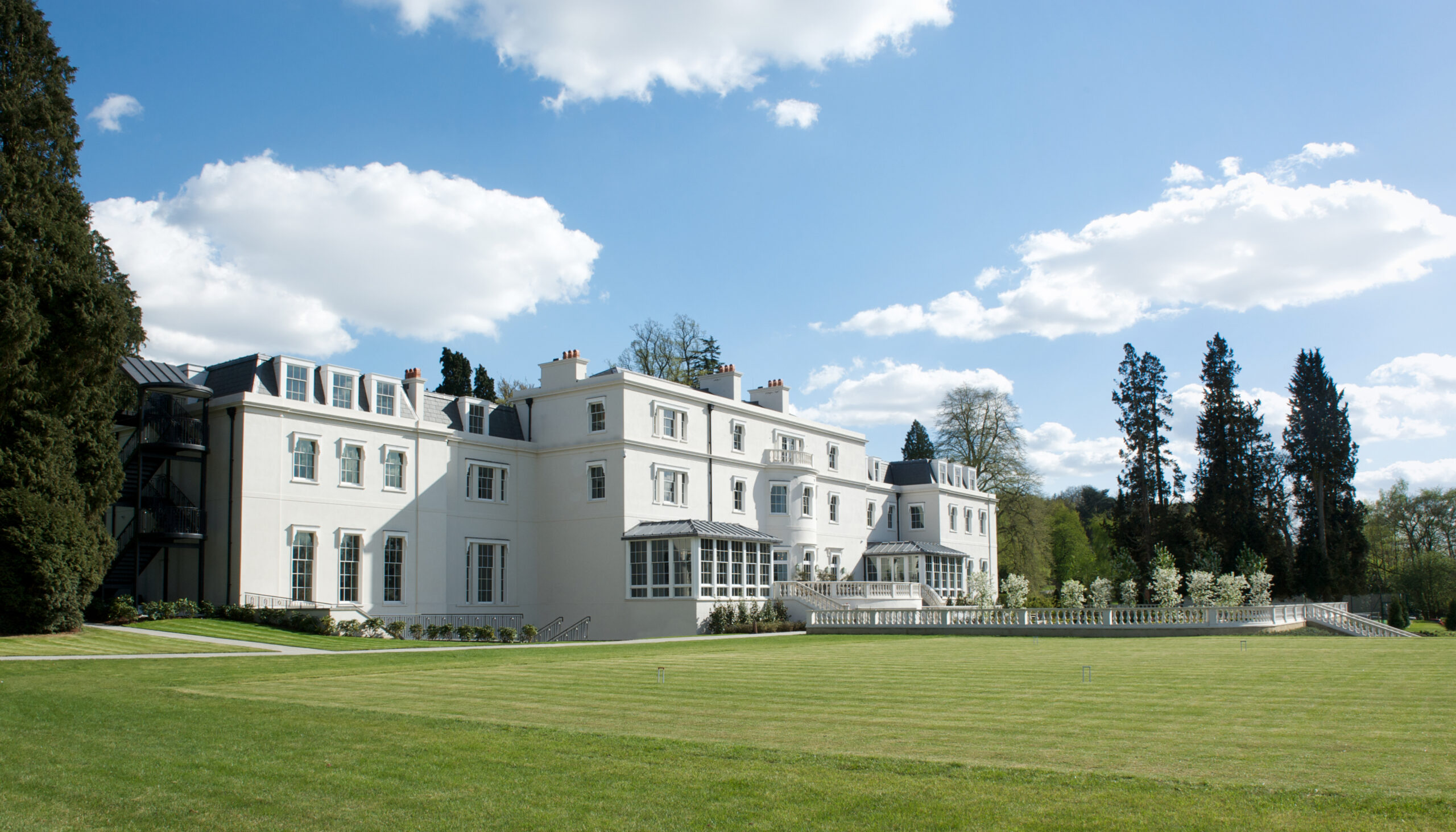 As you can imagine, Coworth Park is a rather rarefied and expensive place to stay, with rooms costing from about £800 a night. There are 71 in total (including a large number of suites), which are divided between the main Georgian-era Mansion House building, and a series of nearby stables and cottages that have been converted into private rural hideaways.

Just 45 minutes’ drive from London, it is located in Ascot. If this well-heeled corner of the Berkshire countryside is good enough for the Royal Family (Windsor is a four-mile hike away), it’s good enough for us. You’re knee-deep in Jilly Cooper land here as Ascot is famous for its horse racing (and for being one of the most expensive areas of the UK to rent or buy a property).

Follow the meandering driveway to the entrance of the house and you would not be misguided in feeling like you were drawing up outside a set from period drama Bridgerton. Cast your eye across the fields and you are likely to see people riding horses (Coworth Park has its own polo club, after all), although not in top hats. 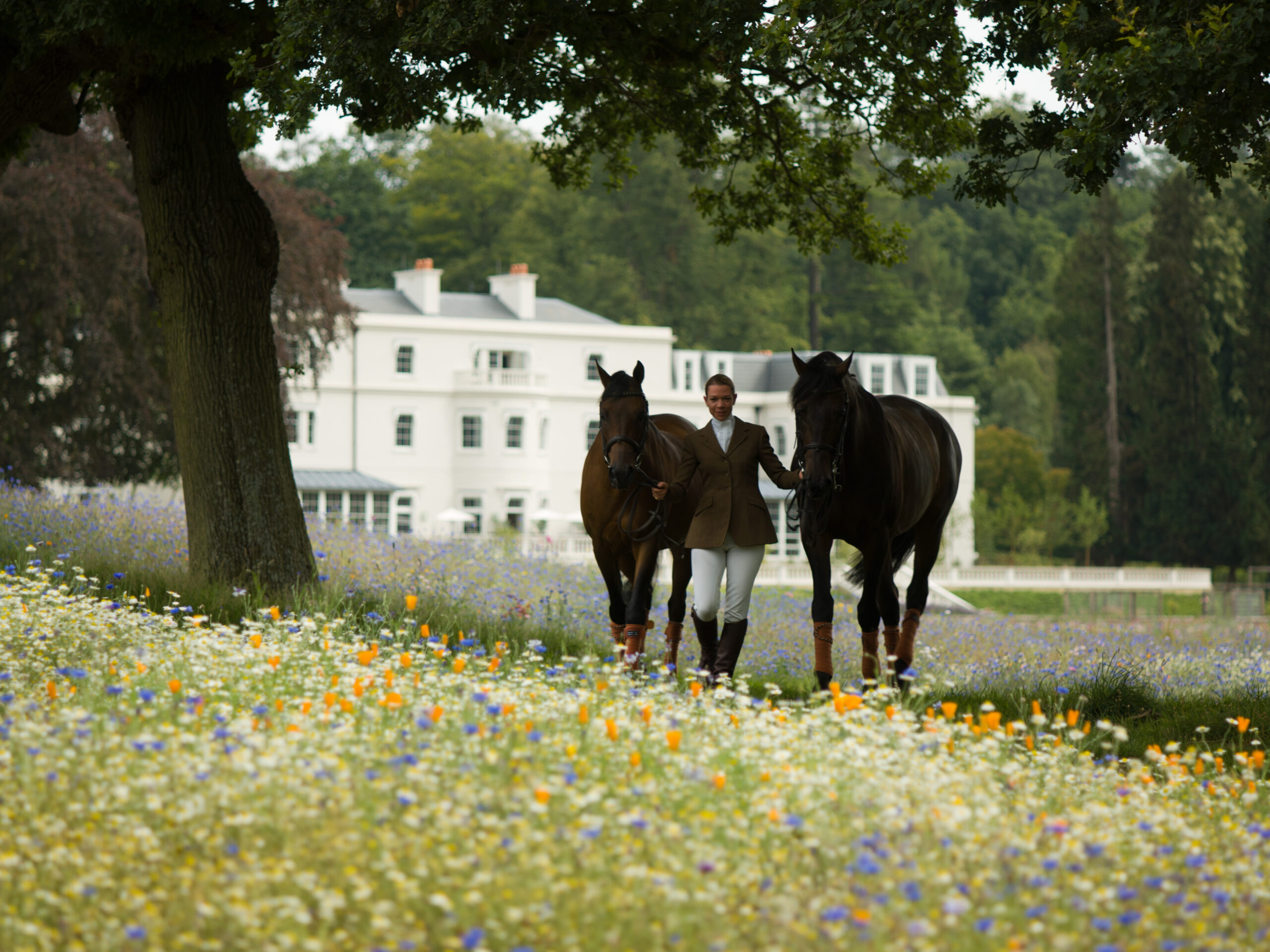 You don’t have to be horsey to enjoy a stay in the area’s most prestigious hotel Coworth Park, but from the artwork to the polo fields and stables, an equestrian passion is par for the course.

My partner and I arrived with our young daughter for a celebratory birthday weekend, and were warmly welcomed by the team at reception. We were staying in one of the one-bedroom Mansion House Executive suites, which featured a spacious living room, a four-poster bed, a bottle of champagne on ice and enormous windows looking out on to the fields. 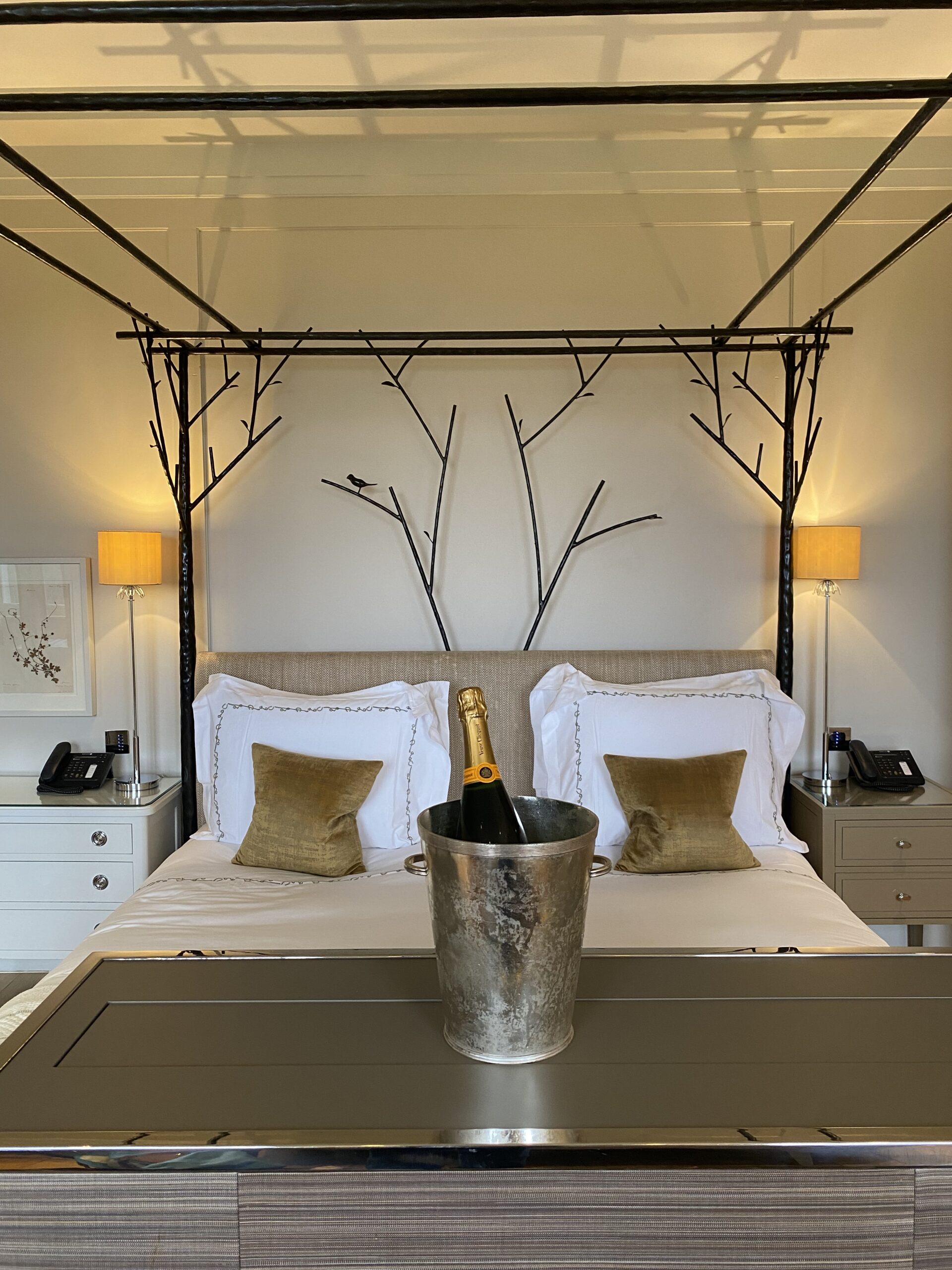 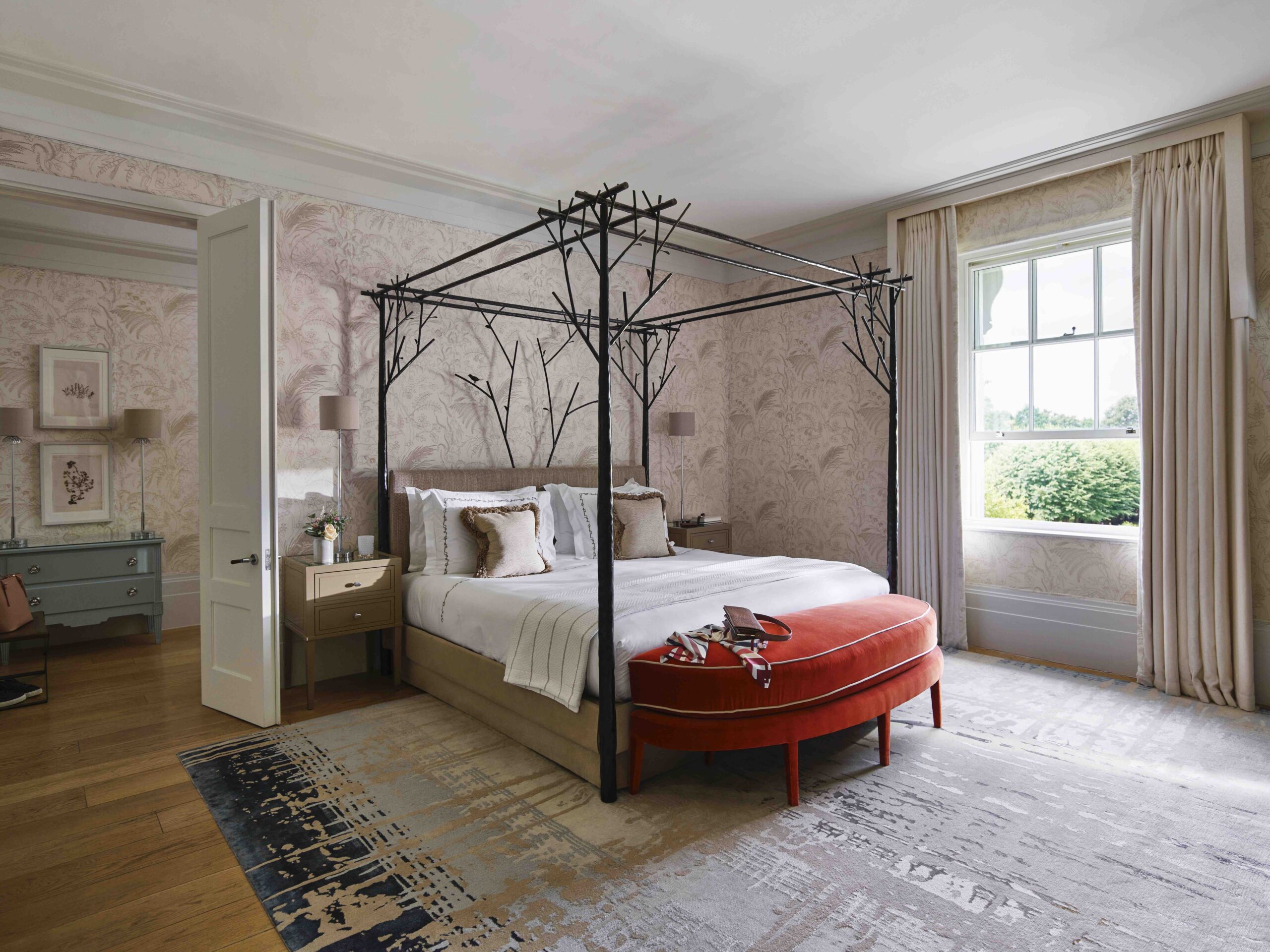 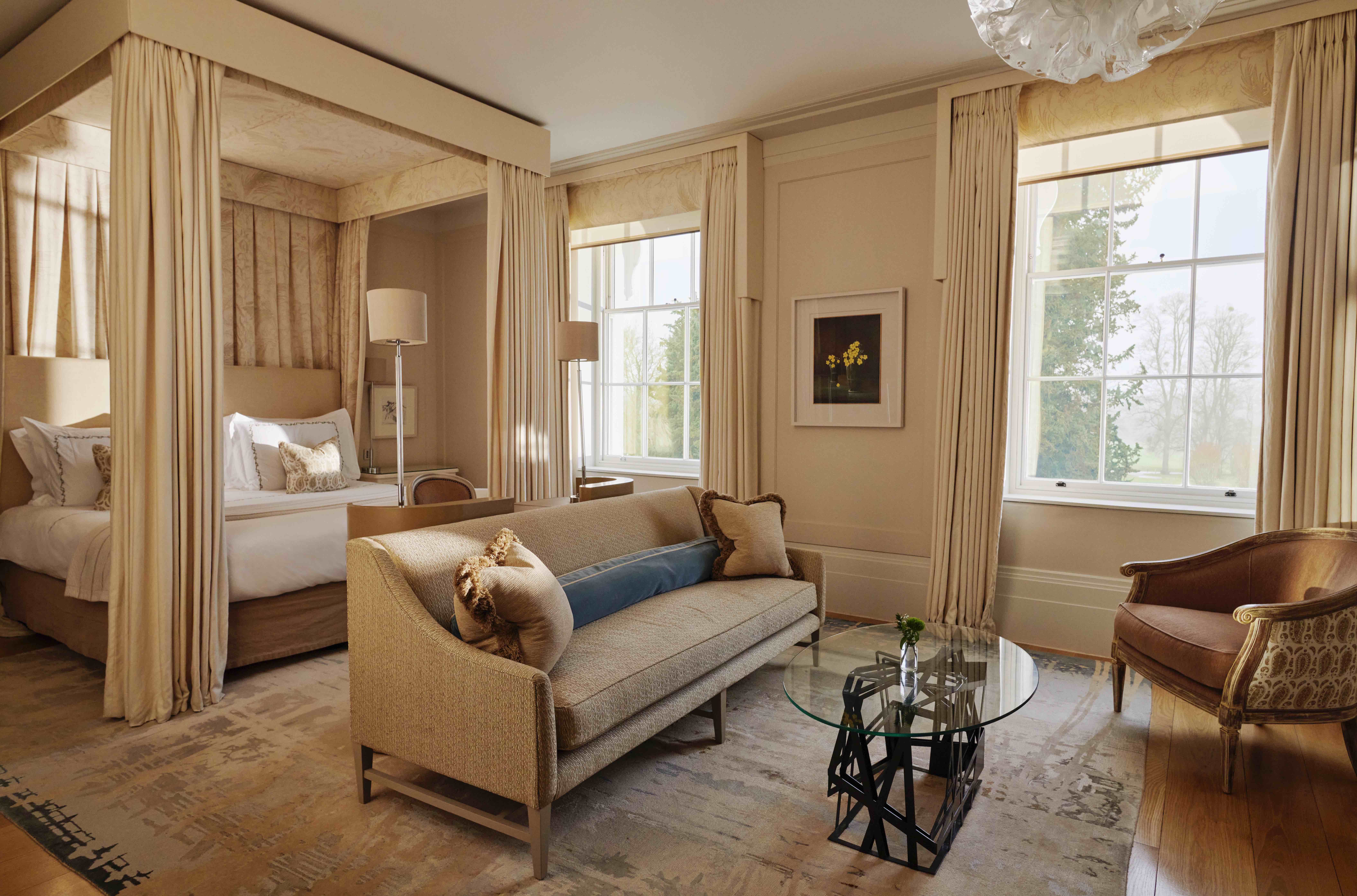 We particularly loved the deep copper bathtubs that many of the rooms have – they are perfect for lengthy soaks at the end of the day, preferably with a glass of ice cold glass of fizz in hand. 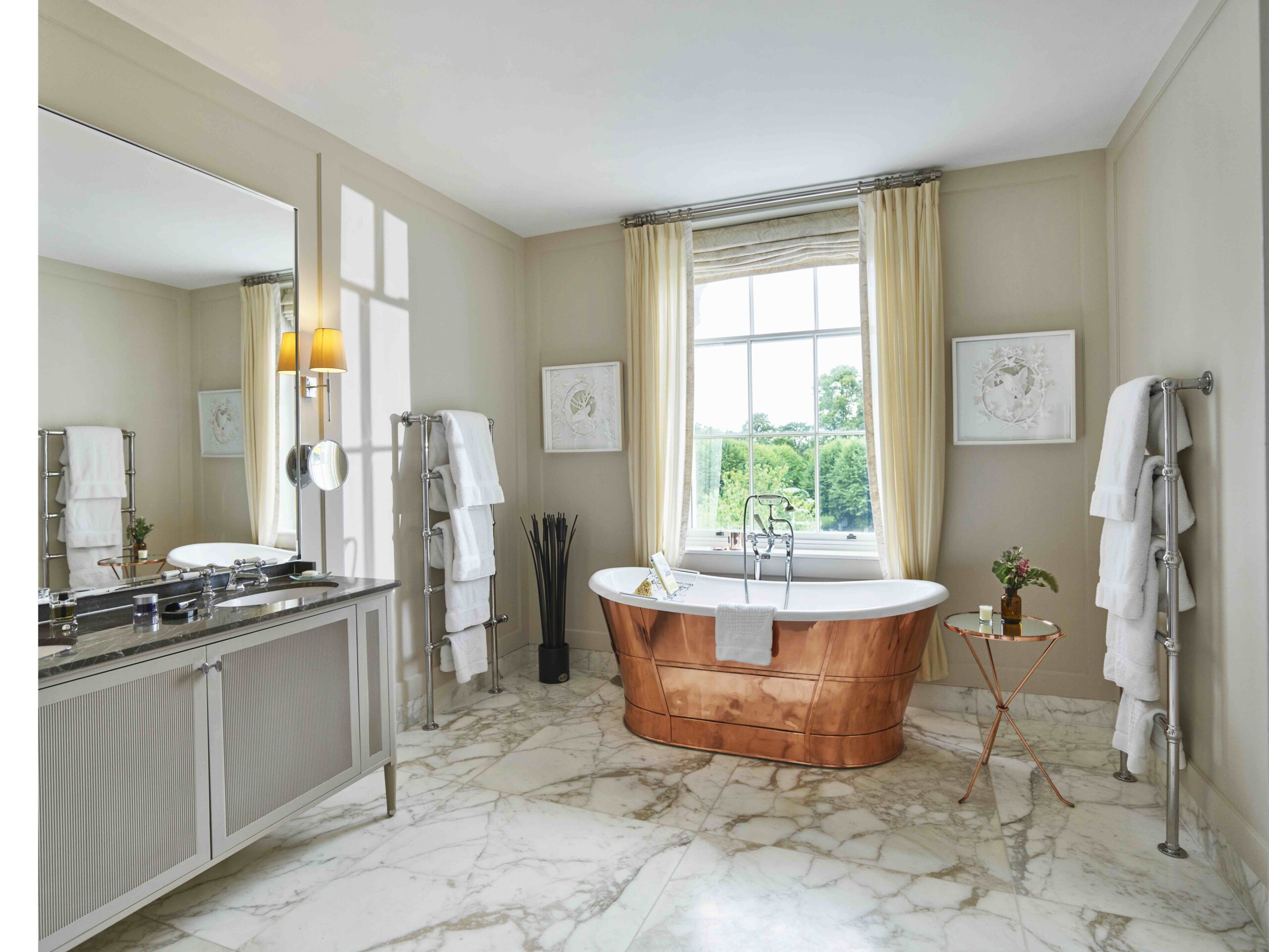 I was interested to learn that Coworth Park is the only hotel in the UK to grow its own fuel with the cultivation of willow on the estate used in its own bio-mass heating plant. It also has its own herb garden. But they still provide miniature bottles of shampoo in the rooms, which isn’t so good for the environment. 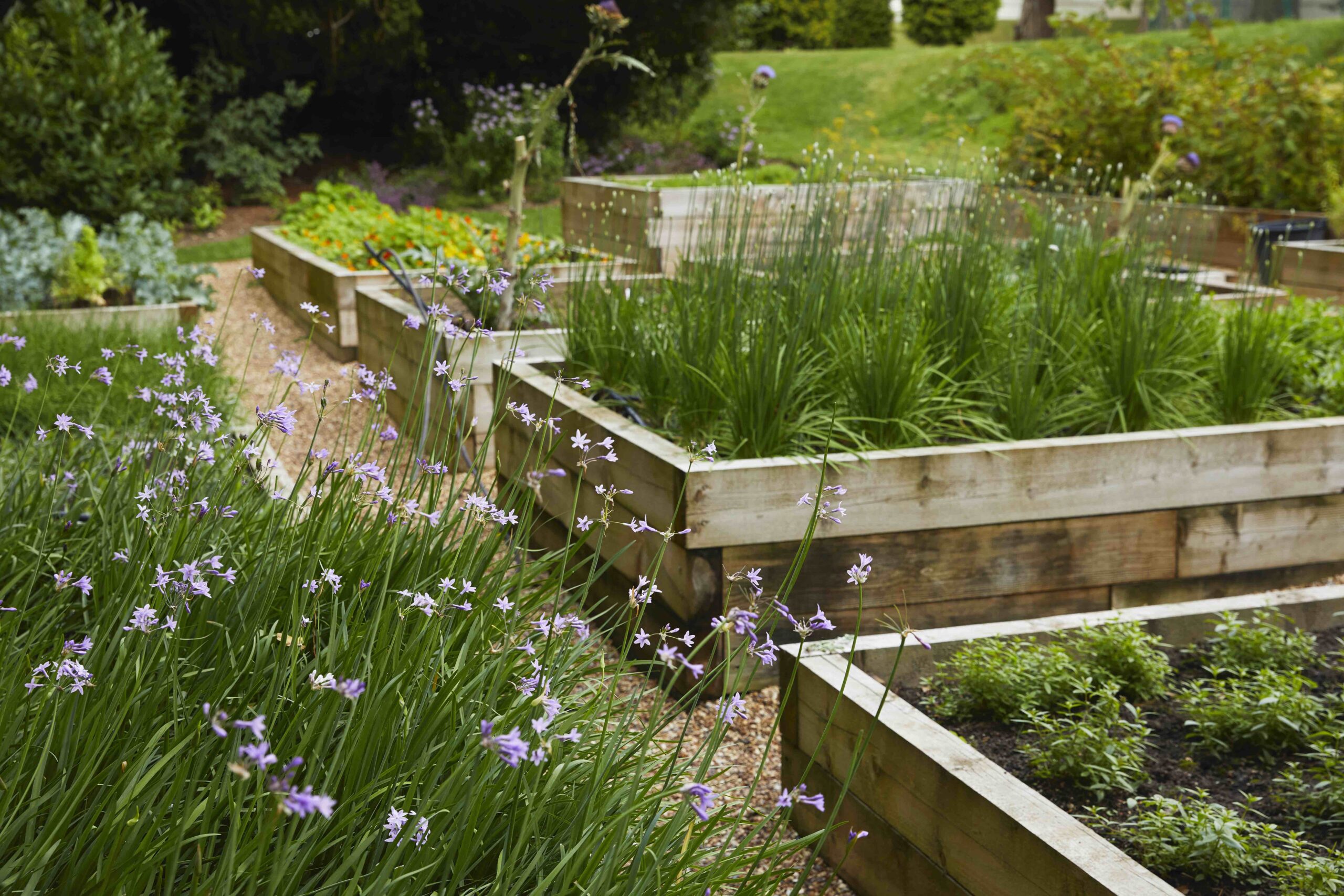 The rooms and suites are full of original character and charm but thanks to the bright décor and high ceilings they avoid feeling fusty or old fashioned. This modern, easy charm is also reflected in the service which is impeccable but not at all intimidating. 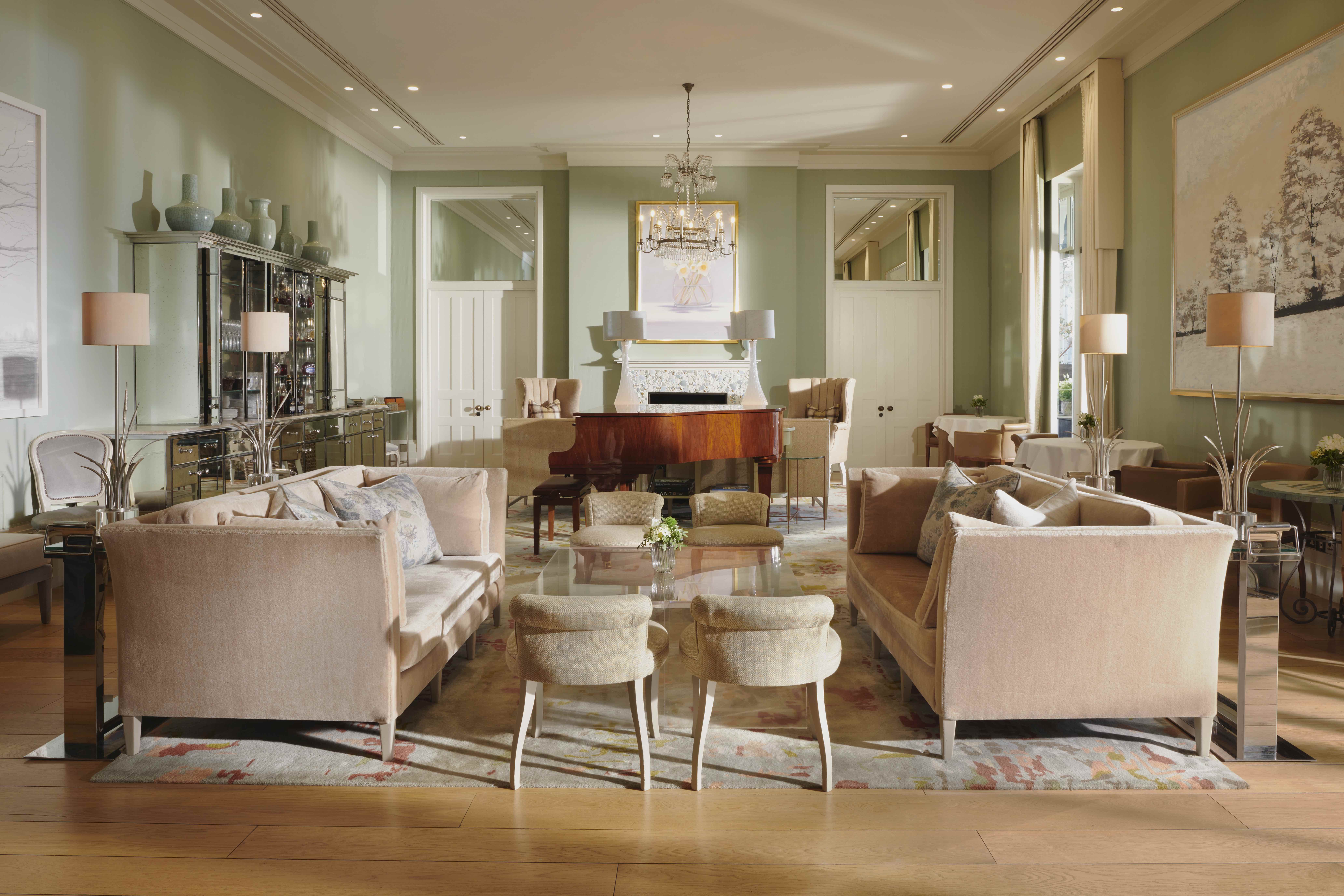 For £31 a bountiful picnic in a big wicker hamper can be prepared for you to enjoy in the grounds or surrounding countryside.

But you’ll also want to experience the world’s most perfect (in our opinion) Club Sandwich in the restaurant and book an evening meal in the fairy-light bedecked Barn restaurant, which serves elevated comfort food in a cheery indoor/outdoor space with a log fire in winter and al fresco seats for hot summer nights. 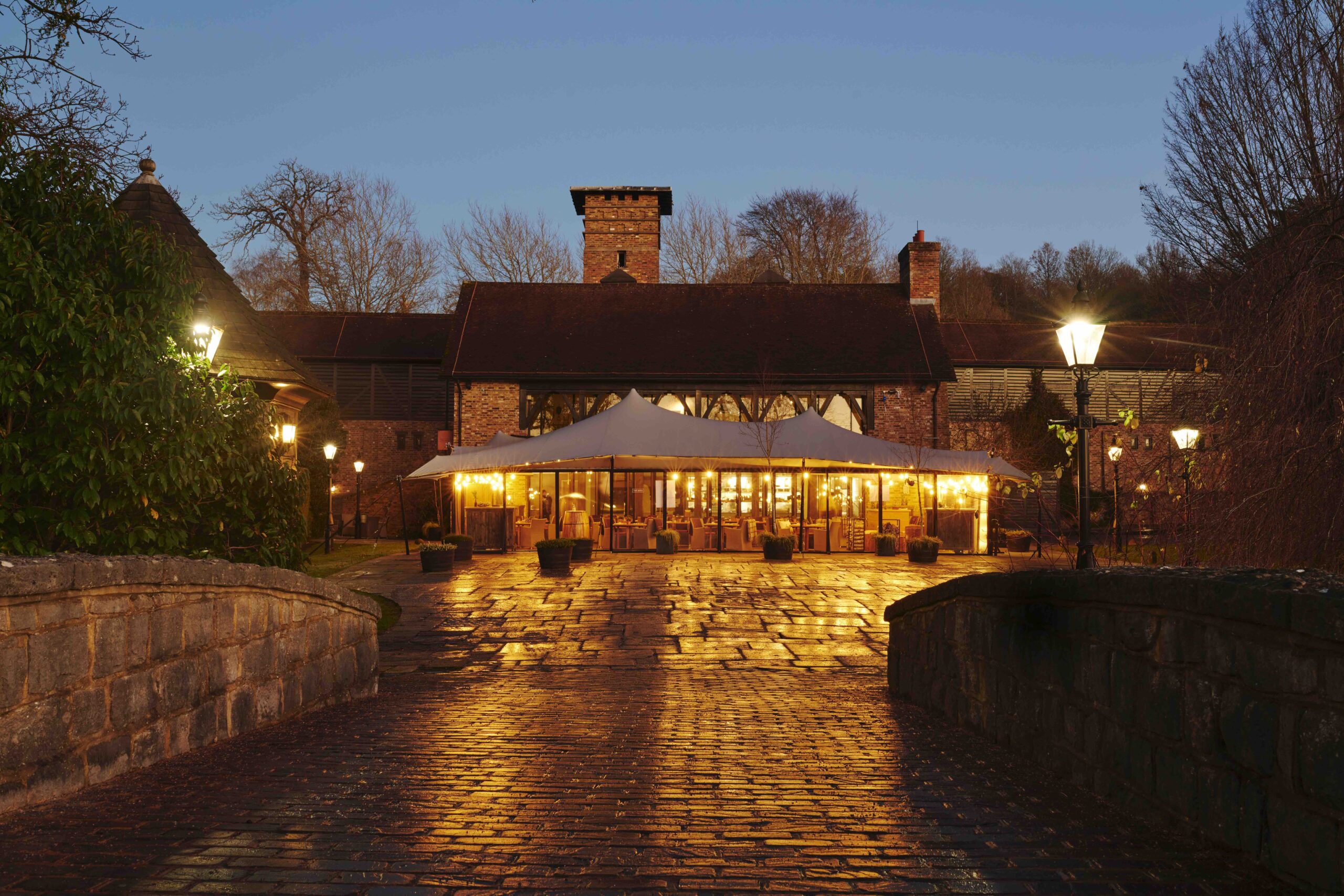 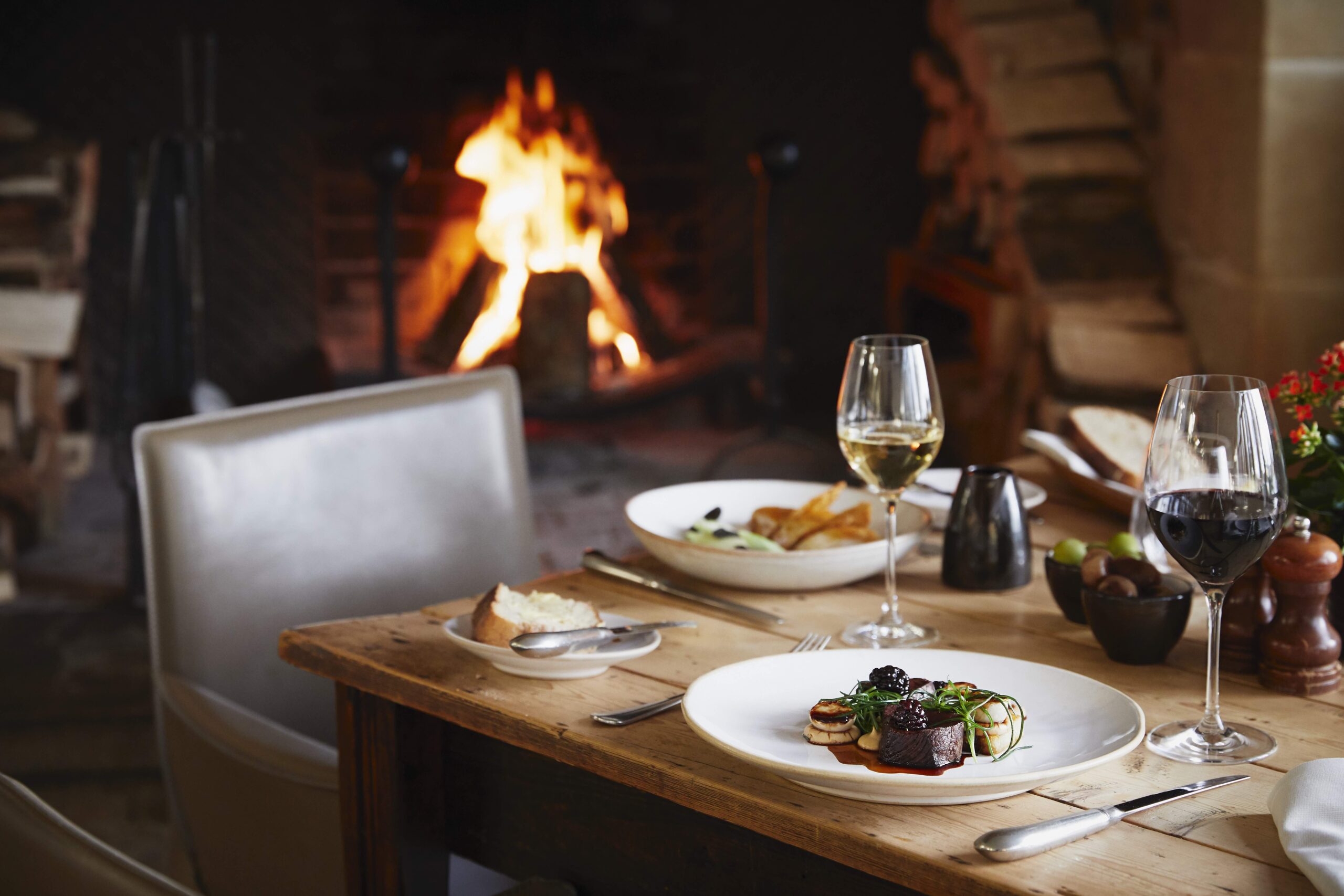 There is also a more formal Michelin-star restaurant by Adam Smith. We ordered some delicious food from room service in the evening, along with a fine bottle of red wine. 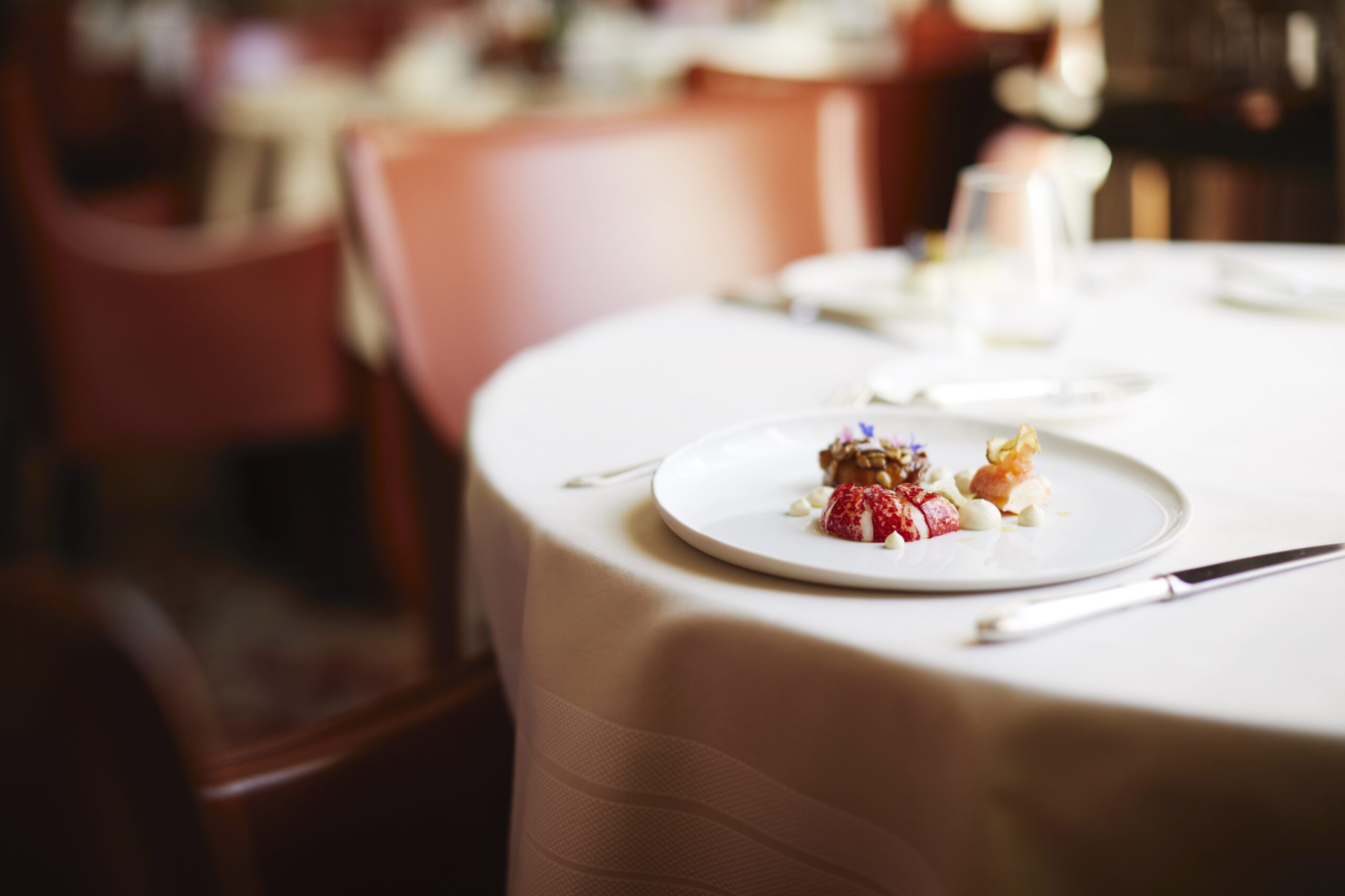 For those interested in donning some jodhpurs, horse riding lessons are on offer at every level. If horse riding, polo or golf aren’t your thing it’s probably the self-contained spa that will most appeal. There’s a large swimming pool (avoid family time from 9am-10.30am if you really want to relax), an experiential shower and steam room. 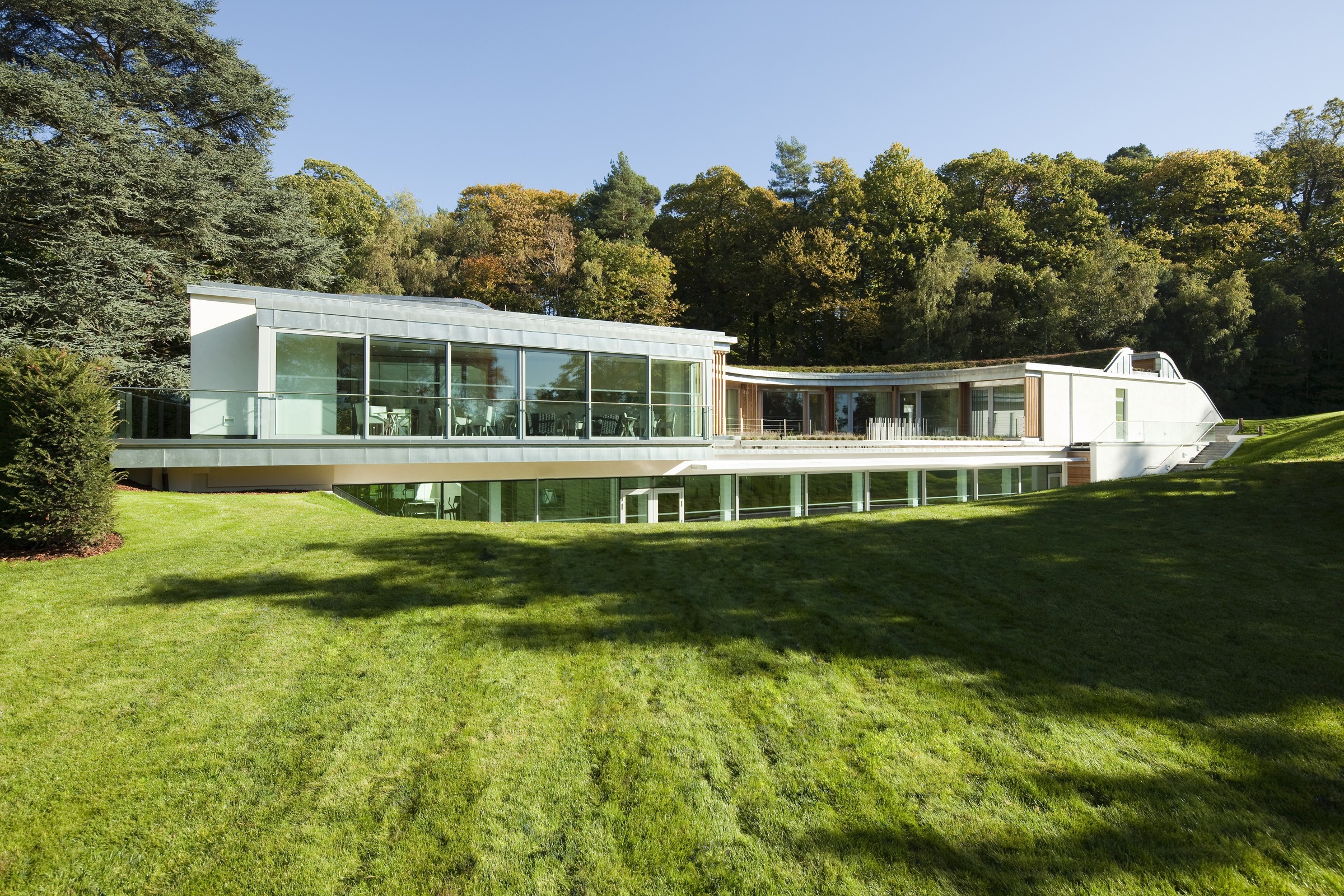 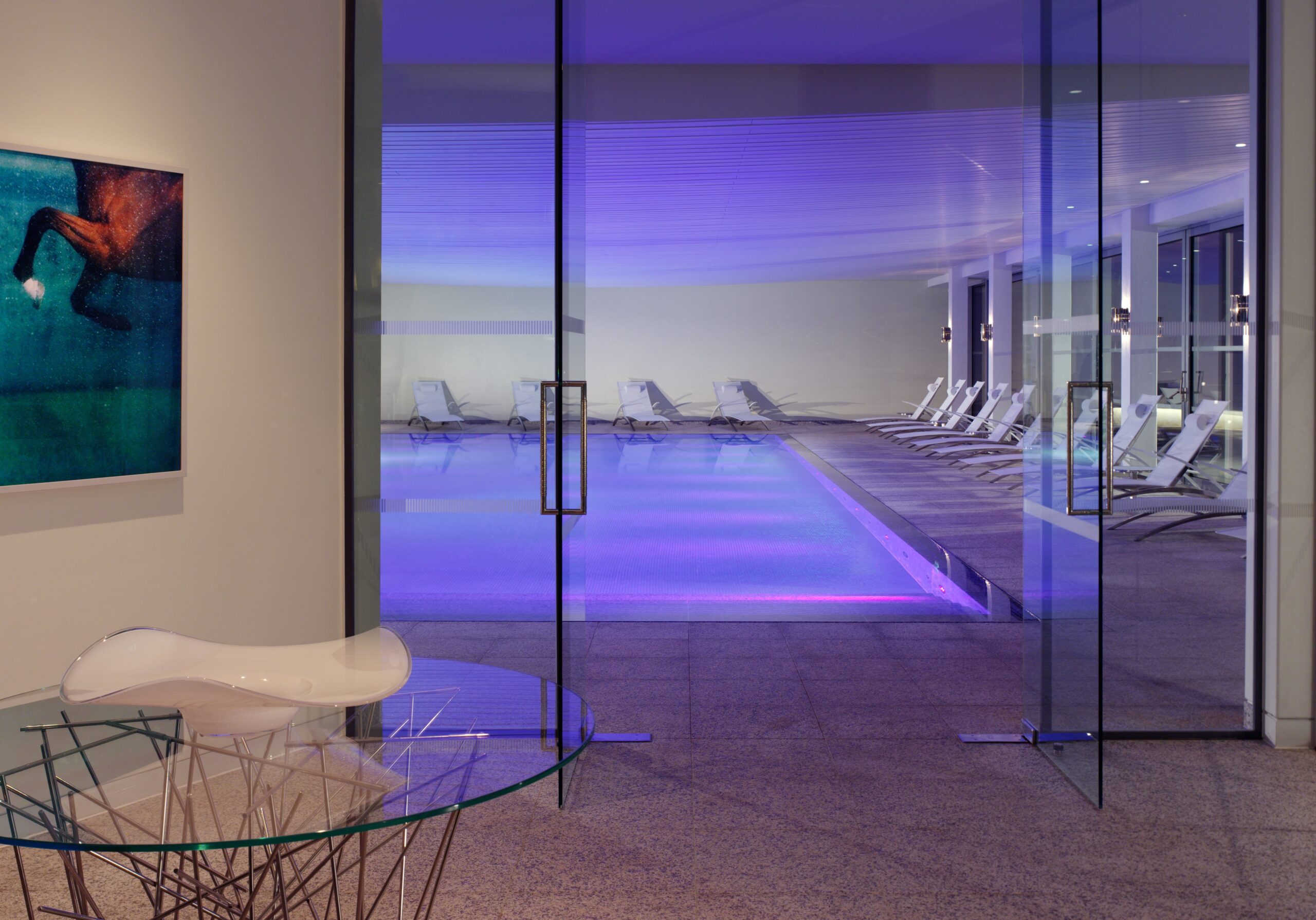 The gym is well equipped and there’s a light and airy “spatisserie” to refuel in after a massage or manicure. Running routes follow the perimeter of the property and there are quiet spots around the grounds to meditate or do a spot of yoga.

The hotel is well set up for children – you can leave them with staff at the Kids Club while you enjoy lunch or a spa treatment and despite the grandeur of the interiors, small people are welcomed and well catered for with thoughtful touches in the rooms and the restaurants to keep them happy and amused.

There are bikes with an attached child seat available to ride around the grounds or an equally fun golf buggy is also always on hand to whisk you down to the stables to meet an adorable Shetland pony or to the lake for an afternoon stroll.

If you’re keen to explore beyond the 240 acres of grounds, which also comprise a golf course, lake and wildflower meadow, take a scenic walk to the quite unexpected site of the Leptis Magna ruins.

Imported to England from the ancient Roman site of Leptis Magna in Libya in 1817, the ruins were moved from their initial home in the British Museum to their current site on Virginia Water nine years later, where they’ve remained ever since.

Also nearby is the beautifully manicured Saville Garden, in full bloom at this time of year, and Runnymeade – a picturesque area of land where a little over eight hundred years ago, the Magna Carta was sealed, signalling the beginning of British democracy.

Finally, if you book ahead, the concierge can arrange a horse-drawn carriage to trot you around Windsor Great Park in style. As you take in the views your guide will reveal the fascinating history of the landscape.

A quintessentially British rural haven for the upper classes (or anyone who can afford it). Coworth Park offers plenty for families with children, as well as a very good spa if you are looking for some “me time”. A high pedigree country house hotel for both locals and out-of-towners.