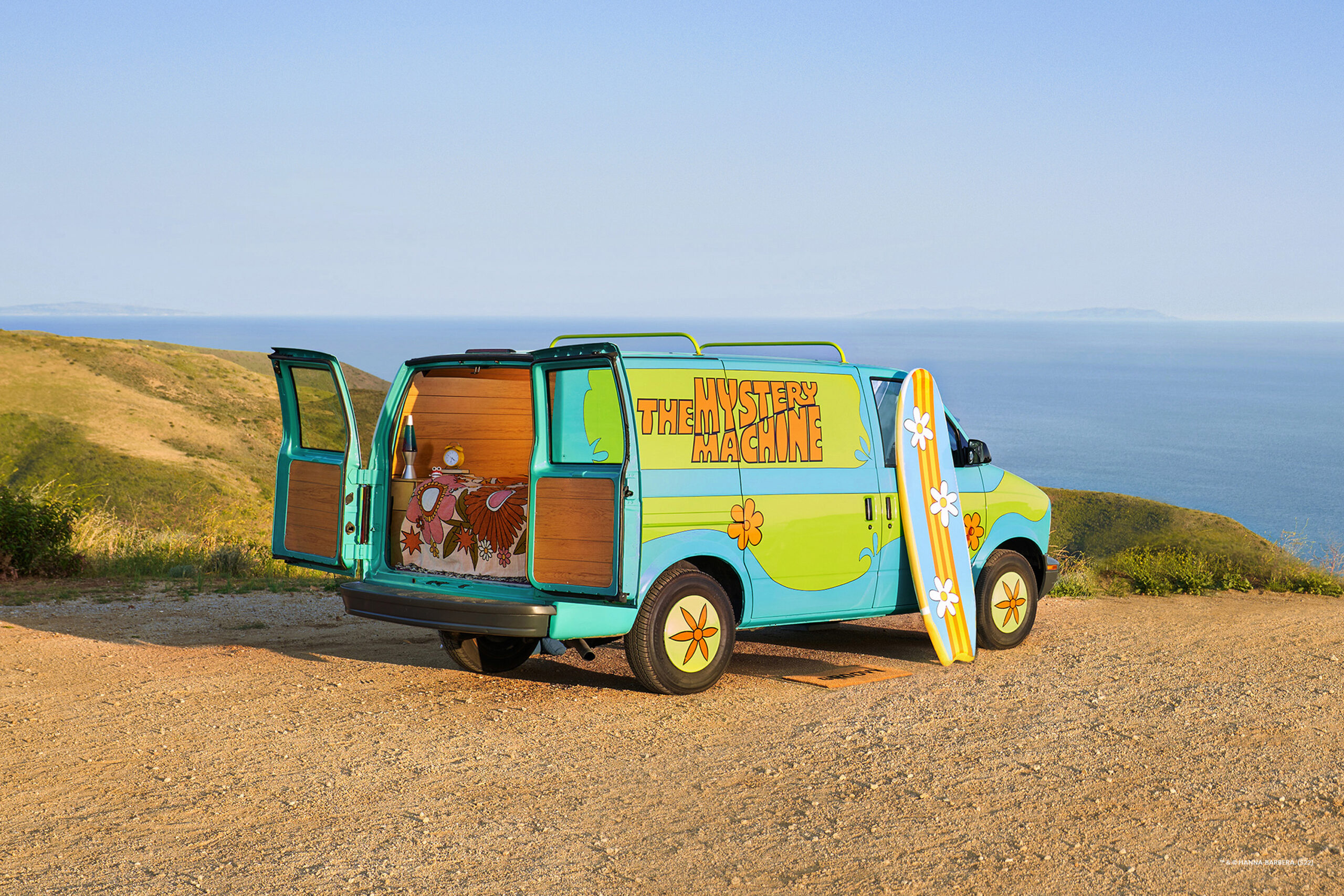 Far from just offering a place to crash, Airbnb recently launched some special experiences where the accommodation is a destination in itself. Rose Dykins reports

As its customers continue to seek out unusual, unique places to stay, Airbnb has added some exciting new accommodation options themed around popular TV shows, films and cultural phenomenons. This is aligned with the introduction of Airbnb Categories, to help users search for extraordinary places to stay that they never knew existed.

For example, Airbnb recently made it possible for guests to stay inside Paris’s iconic Moulin Rouge windmill. As part of a one-off collaboration with Airbnb, the Moulin Rouge unlocked a secret room inside its landmark red windmill that’s designed to bring the magic of the Belle Epoque era to life. 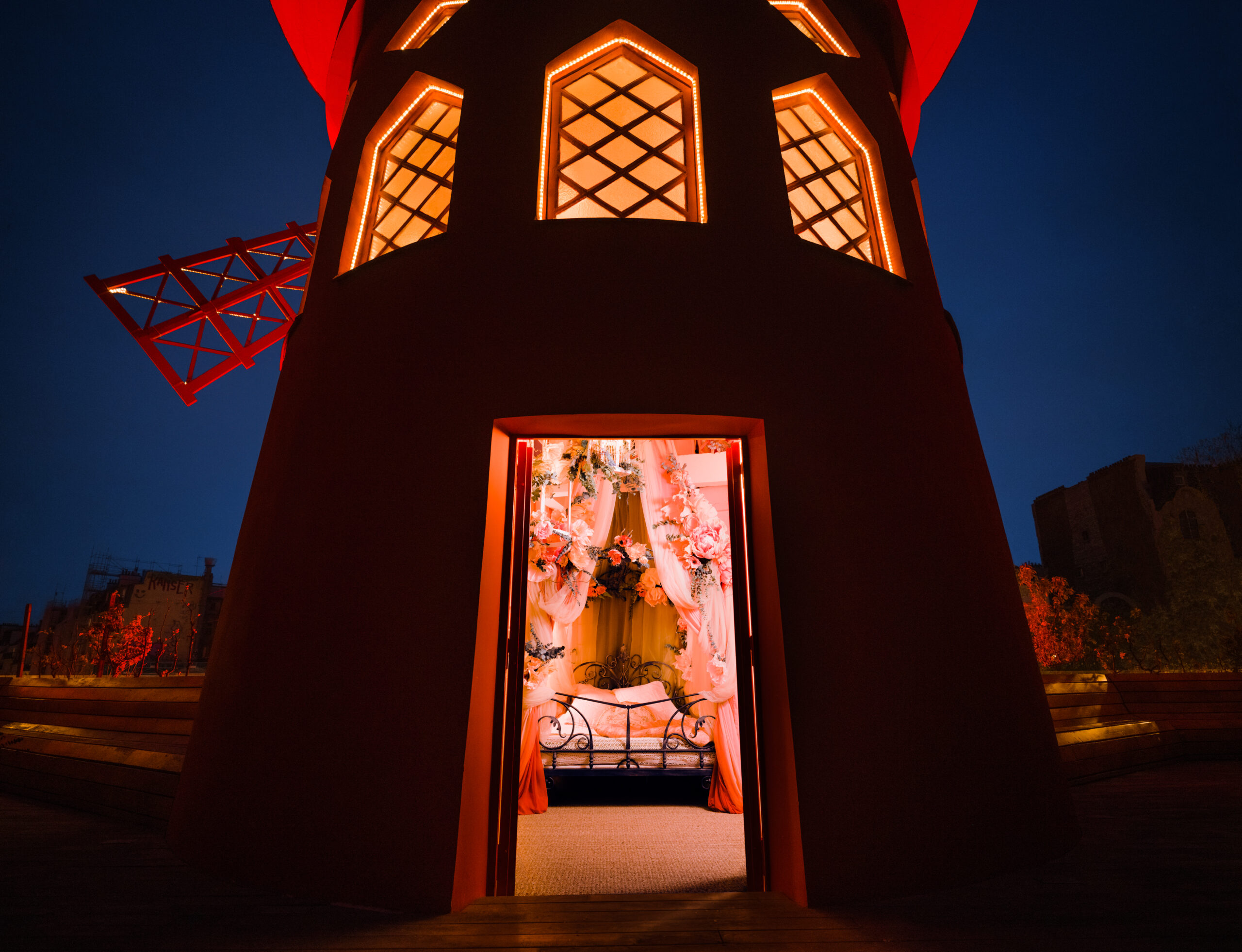 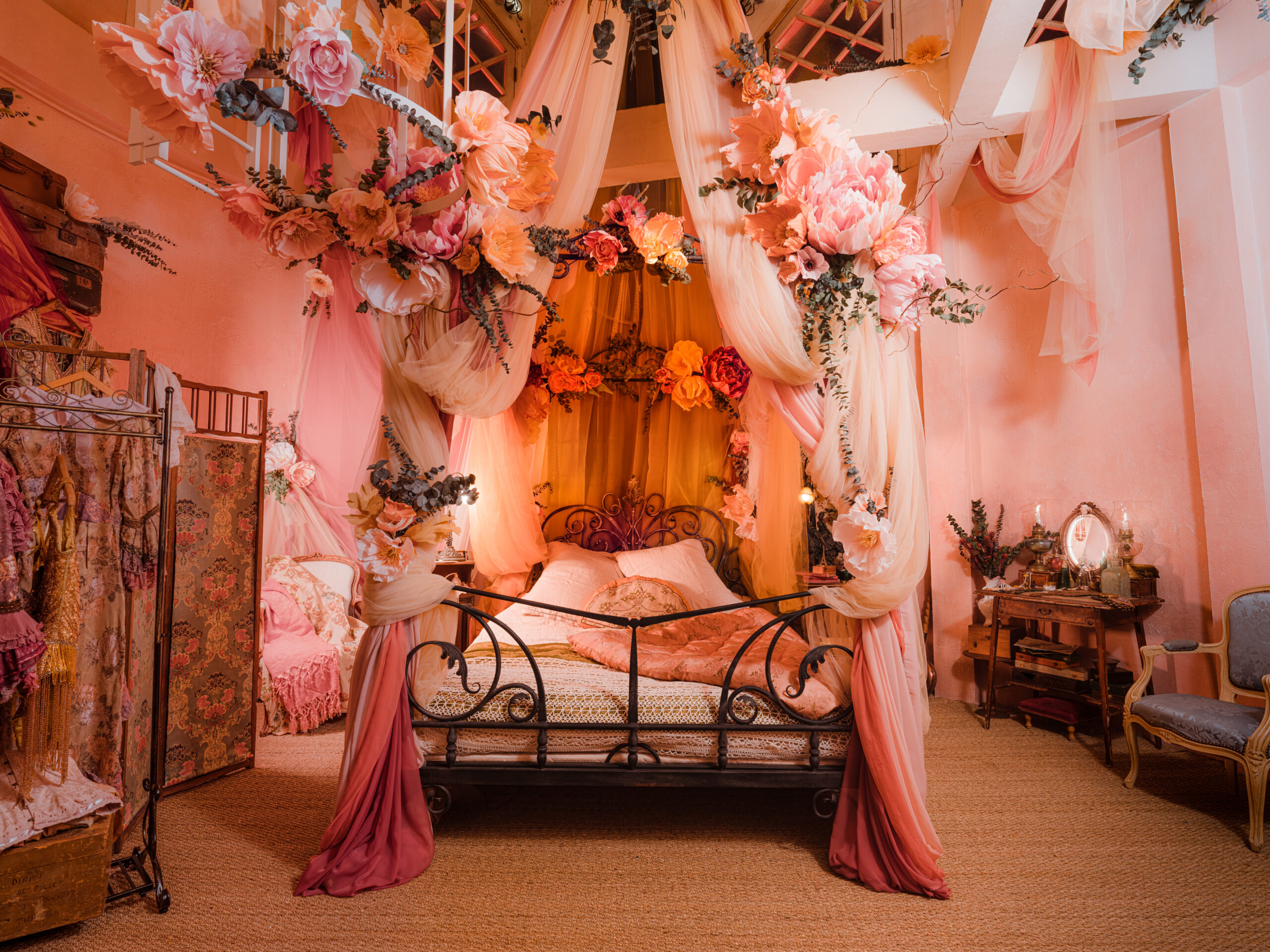 “Attending a show at the Moulin Rouge offers an escape from the everyday and an incredible immersion into the glamour of French music hall,” says Van Den Bergh. “The Belle-Epoque interior of our much-loved windmill will transport guests to the era from which this timeless cabaret emerged.”

Upon their arrival at the windmill, Airbnb guests are treated to a special evening programmed to embrace the Moulin Rouge’s cabaret culture. This includes a meet-and-greet with Van Den Bergh in her dressing room, photos on stage with the Moulin Rouge cast, and a private tour of the landmark venue’s backstage area to meet with its costume makers and to learn about its history.

They are also served an apéritif on the windmill’s rooftop terrace, followed by a three-course dinner prepared by Moulin Rouge’s resident chef (and they’ll be served breakfast in the morning). Finally, they will have the best seats in the house for a performance of Moulin Rouge show Feerie. 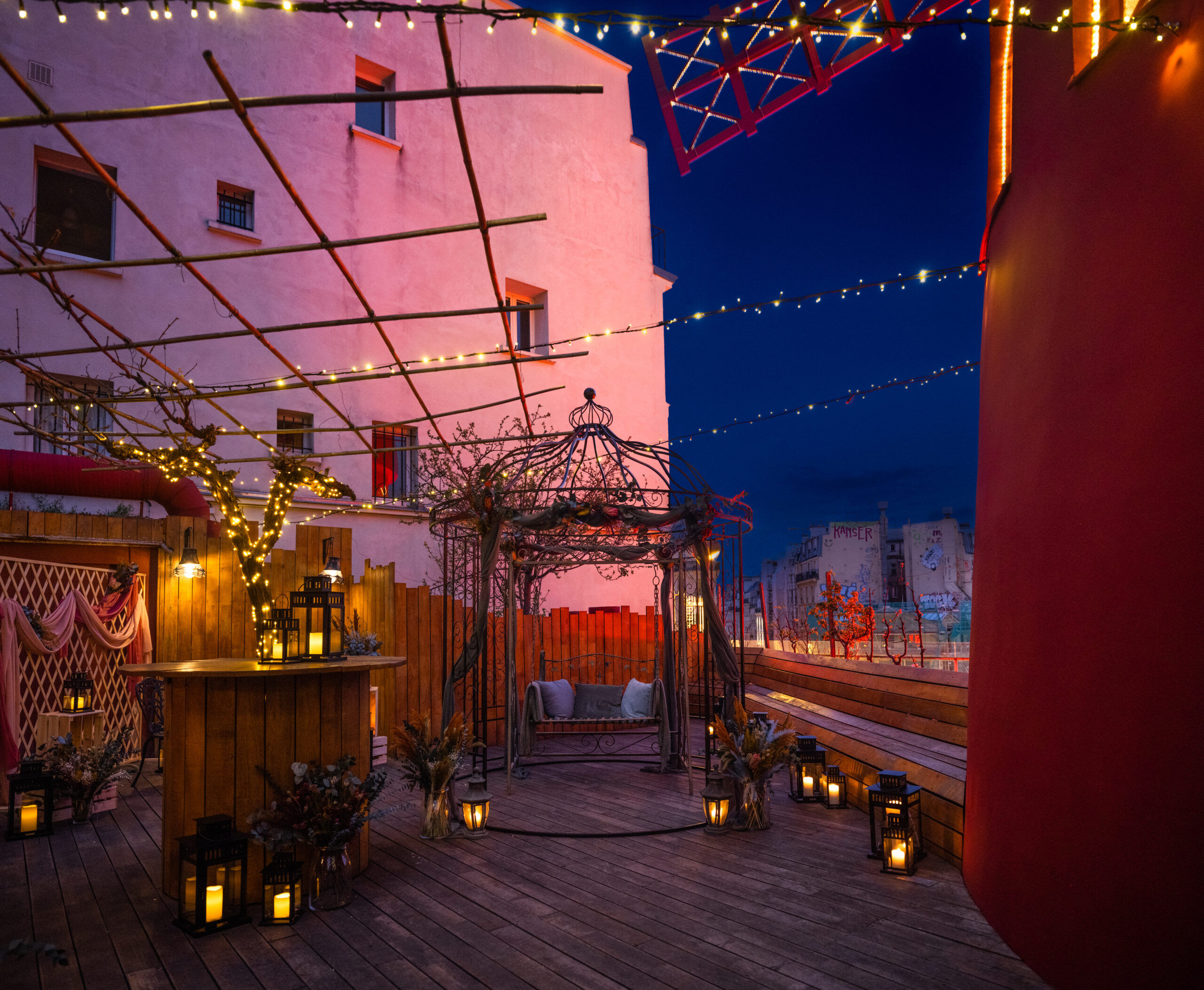 Situated in Paris’s bohemian Montmartre district, the Moulin Rouge is known as the place where French Cancan was born – a dance that’s symbolic of the Belle Epoque Era, and the artistic movement that accompanied it. All of the design elements of the windmill’s interiors were curated by French historian Jean Claude-Yon, to authentically reflect how the space would have looked during the 18th century.

The opulent boudoir is furnished with art nouveau touches, including a glamourous dressing are with nods to the Belle Epoque vibe, such as vintage costumes, fragrant perfumes and “effusive love letters from admirers.” Meanwhile, the private rooftop terrace is adorned with an ornate pagoda and garden furniture characteristic of the era. 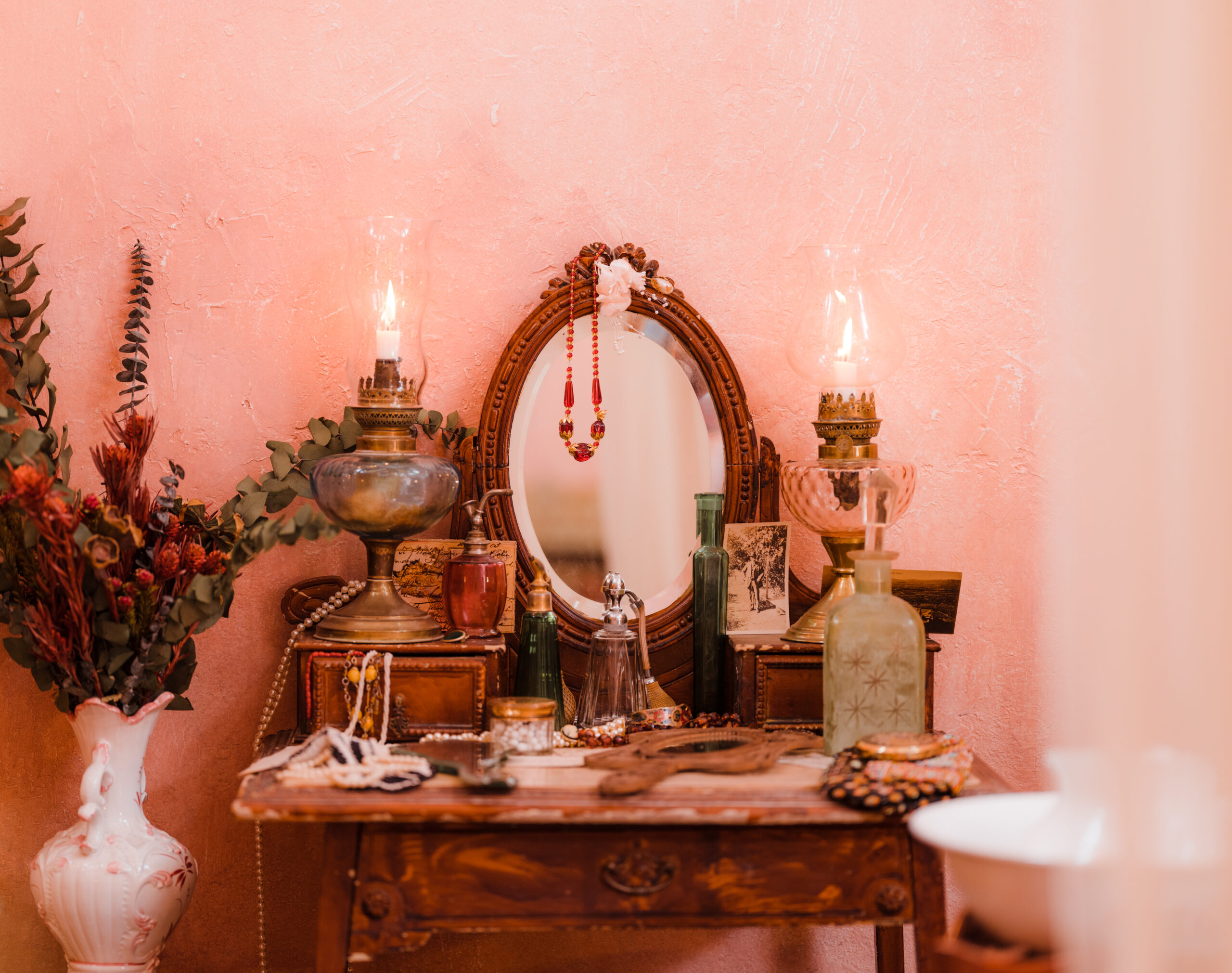 In other news, Airbnb recently made it possible for Queer Eye makeover fans to stay in an Airbnb home that has been renovated by the Fab 5’s interior expert, Bobby Berk.

Situated in California’s Palm Desert, Berk’s cliff-side property is named Casa Tierra (“house of the earth” in Spanish). It was available to Airbnb guests on specific dates in May and June for just US$22 for a two-night stay as an introductory offer – and continues to be bookable via Airbnb. Berk also captured the process of renovating Casa Tierra and becoming an Airbnb host on his social media channels.

“Having visited Airbnb homes all over the world, I know exactly what I want as a guest,” says Berk. “With this in mind, I was able to lean into my passion for design and renovation to transform my Palm Desert home in a way that future guests will be excited about.” 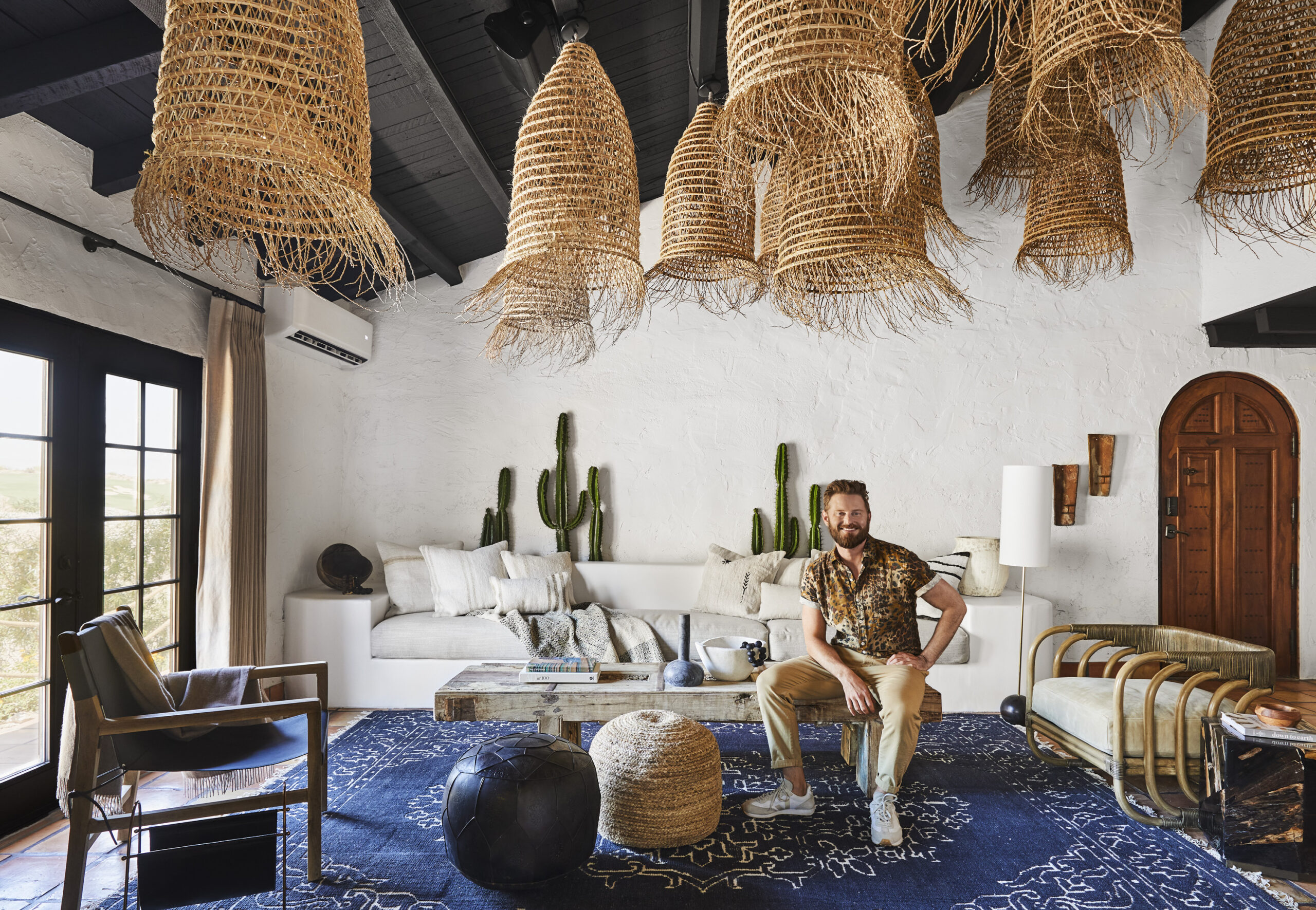 Design enthusiasts can soak up inspiration by immersing themselves in Berk’s design talent at Casa Tierra. The 5,000 square-foot villa has seven custom-designed bedrooms and six bathrooms, all featuring modern, cosy décor. 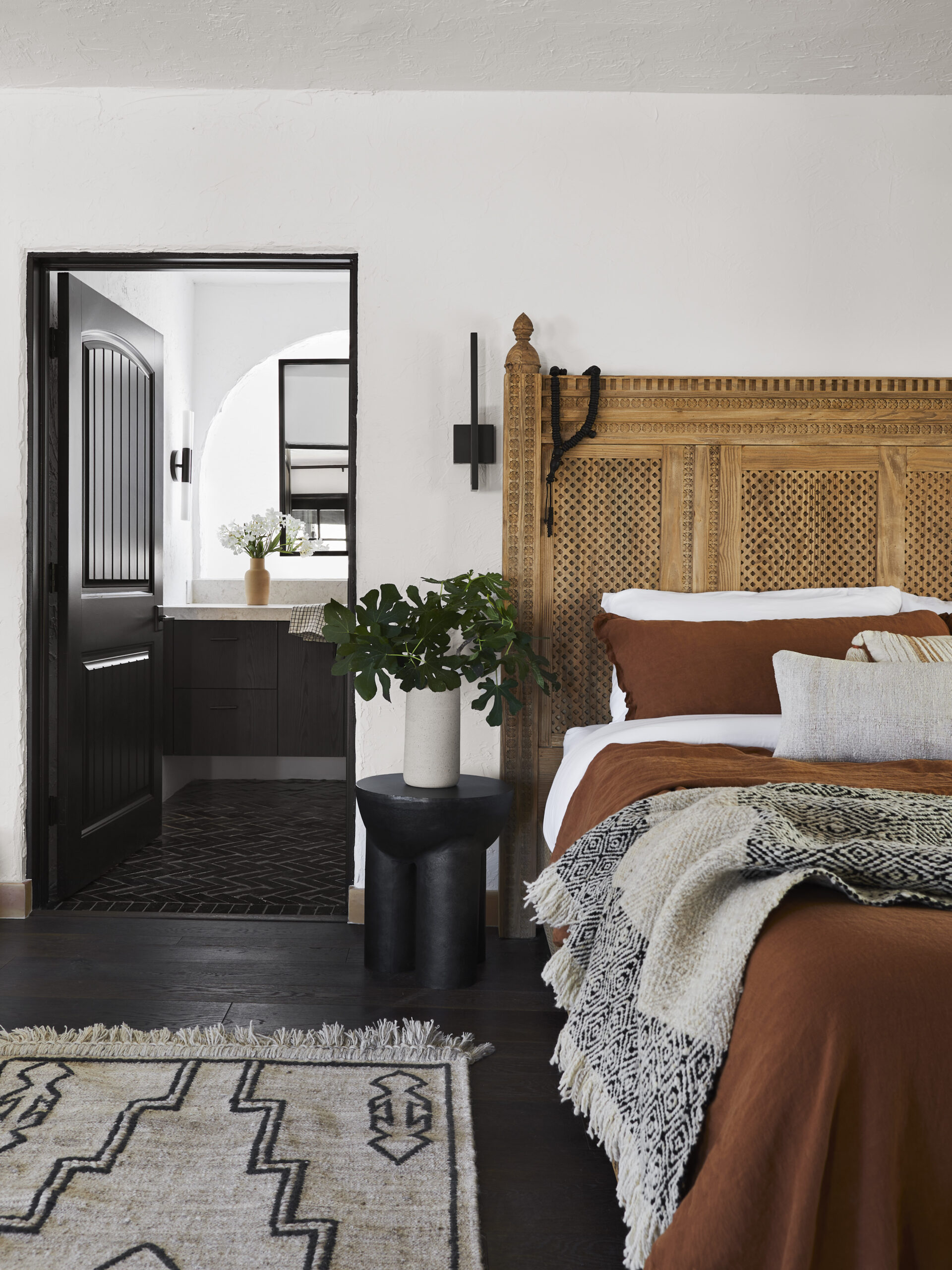 There’s ample outdoor space, including a hot tub and a pool. Guests can pay for add-ons such as access to the property’s bocce ball court, theatre room, and designated yoga and meditation areas. 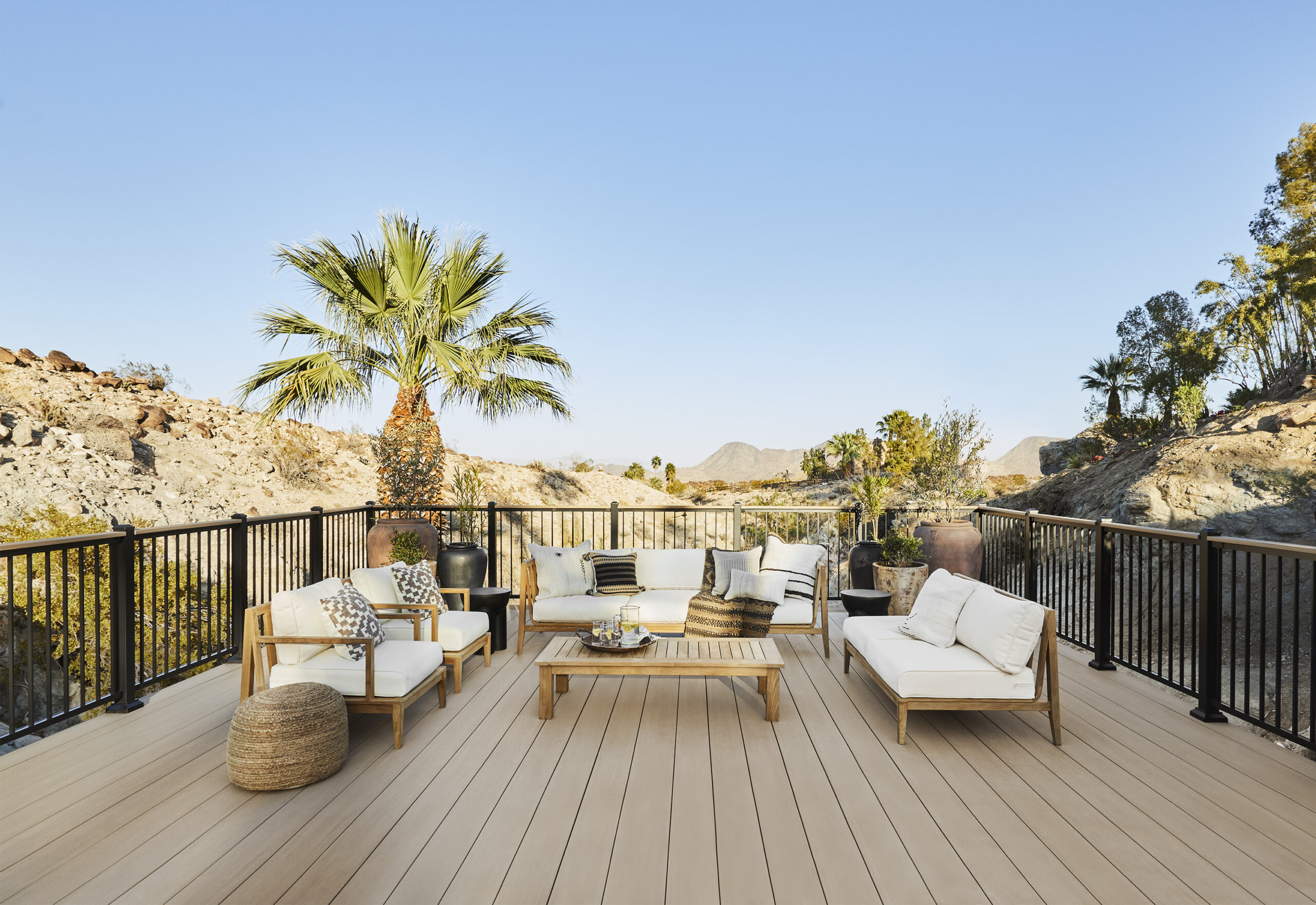 Finally, this month, Airbnb is making it  possible to stay in a campervan inspired by Scooby Doo‘s Mystery Machine.

To celebrate the 20th anniversary of the live-action Scooby Doo film, Airbnb is leasing the Mystery Machine for one-night overnight road trips from Southern California – with actor Mathew Lillard (who famously played Shaggy in the film) as the Airbnb host for the experience. 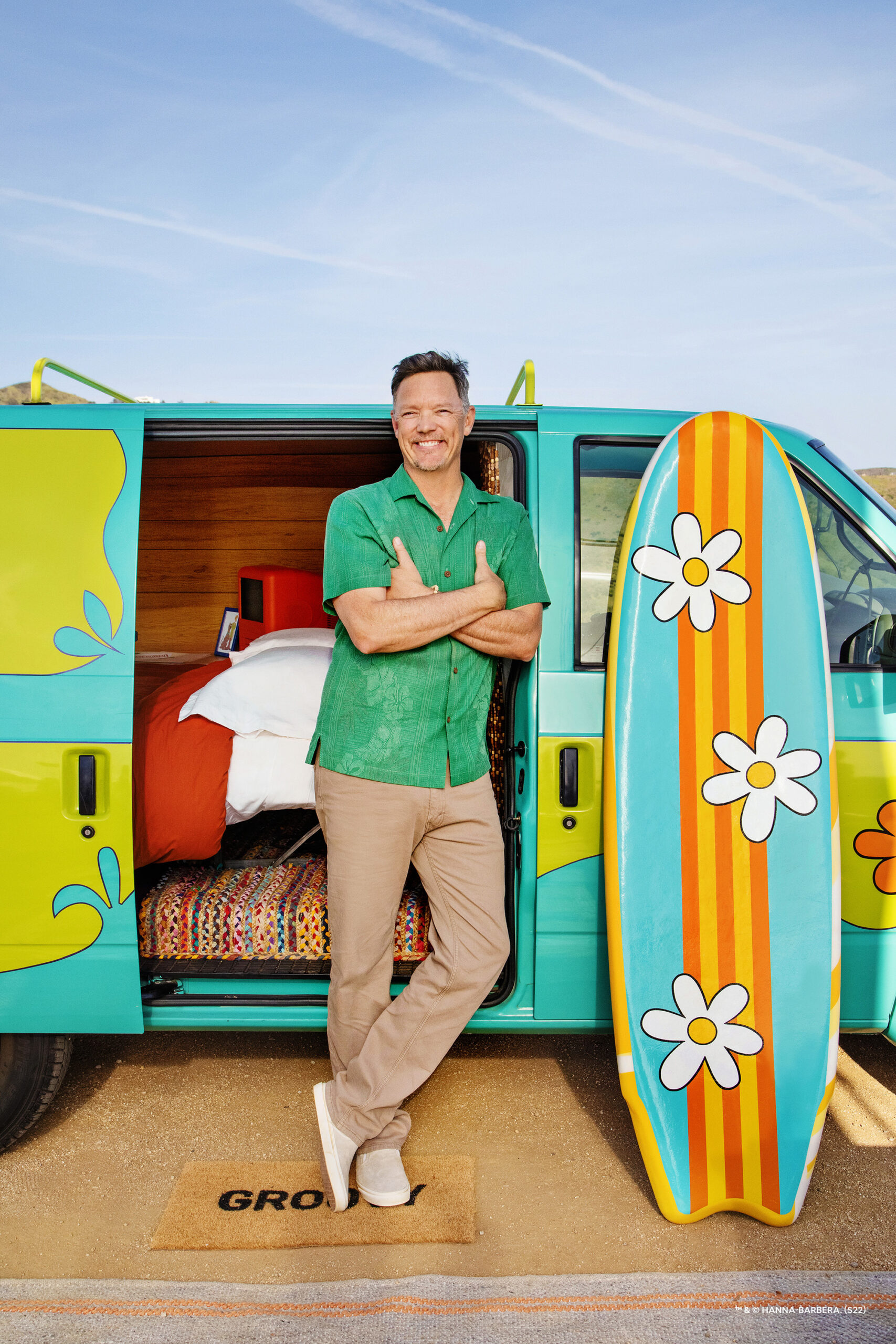 Bookable for June 24, June 25 or June 26 for US$20 per night, the Airbnb Mystery Machine experience offers a chance to live like Shaggy and Scooby in their famous van.

During their stay, guests will receive a virtual greeting from Lillard, all-you-can eat snacks (including hot dogs and eggplant burgers, Scooby and Shaggy’s favourites) mystery games to partake in, a late-night screening of Scooby-Doo with popcorn and candy, and an outdoor set-up with lounge seating and hammock space 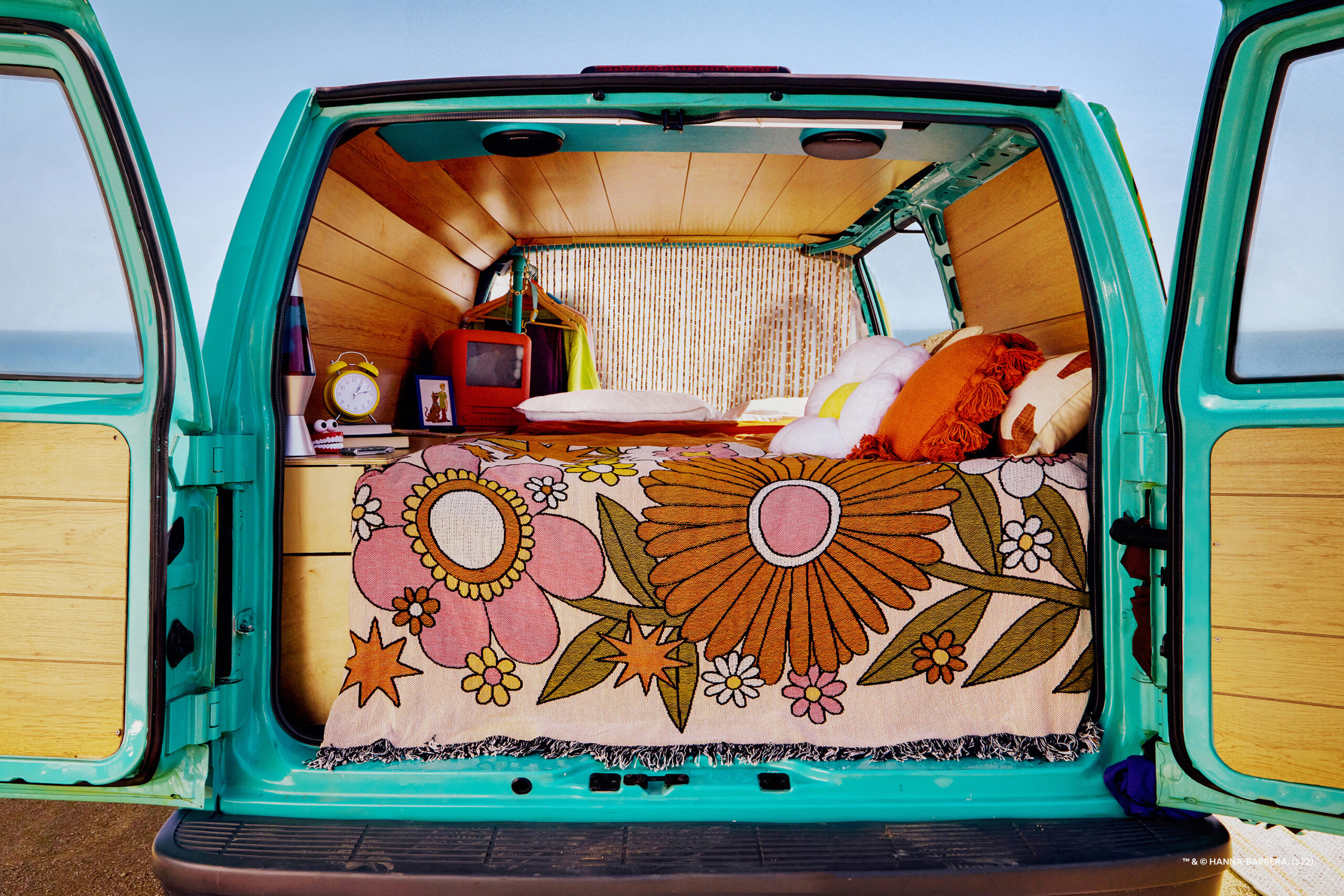 Airbnb guests can expect Y2K-themed throwbacks including portable CD player with a Sugar Ray album, a lval map and Shaggy’s signature puka shell necklace for them to wear.