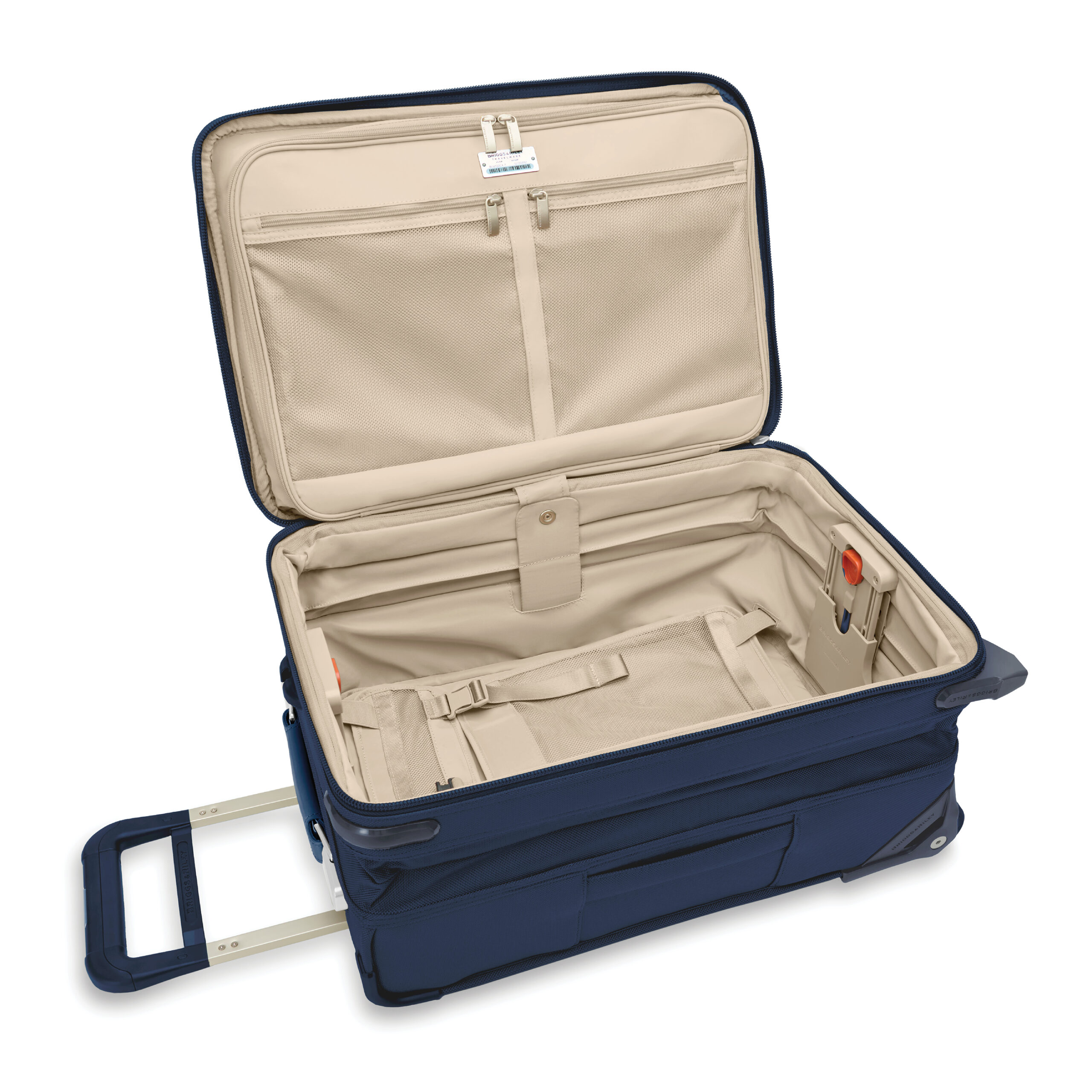 During the pandemic, there was little reason to invest in new lugagge, but Briggs and Riley’s recently unveiled Baseline Collection has been timed well with the resurgence of global tourism. Jenny Southan reports

From washbags and duffle bags to suitcases with extra-wide garment panels, American travelware brand Briggs & Riley has announced the debut of its new Baseline Collection of luggage, which is a “reimagined version of the brand’s flagship collection”.

It’s been a long time since I have done a long-haul flight and looking at my sad and dusty case in the attic, I decided that an upgrade was in order.

Briggs and Riley’s new Large Expandable Spinner measures 73.7cm x 50.8cm x 30.5cm, meaning it has more than enough space for clothes for a two-week trip (or longer). It’s also expandable so its 100-litre capacity can be increase to 122 litres. And it only weighs 6kg, which feels quite light for a case of this size. 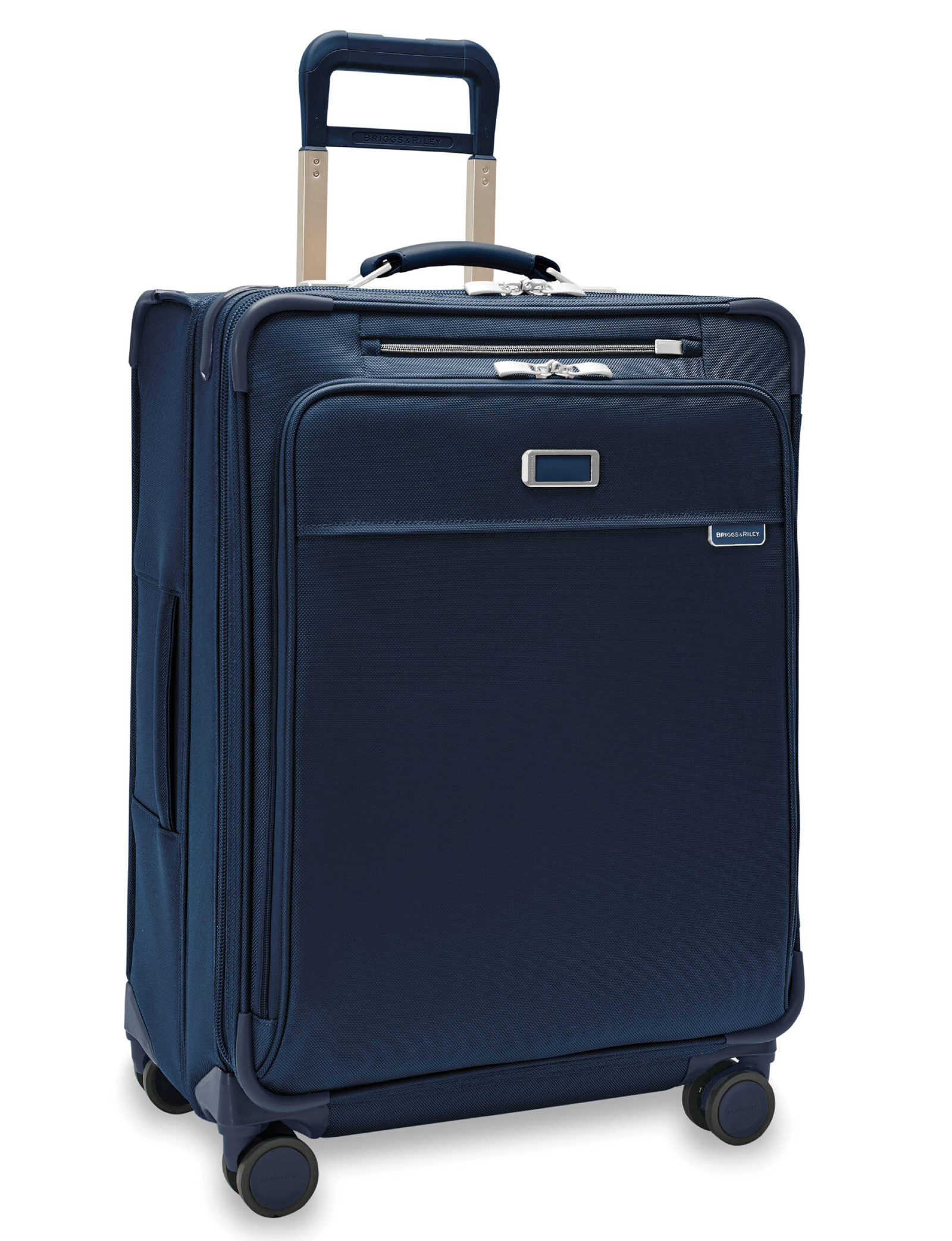 At £749, it’s an expensive case but they are designed as a long-term investment that will last you thousands if not millions of airmiles. In fact, the brand says it is the only luggage company to offer an “unconditional lifetime guarantee”, and repairs products free of charge with no proof of purchase needed and no questions asked. This is a reflection of the brand’s dedication to reducing the number of suitcases that end up in landfill.

Briggs and Riley CEO, Richard Krulik, says: “Enhancing the travel experience and providing revolutionary innovations remains at the forefront of our brand’s core values. Especially in today’s climate, with new adventures being realised after a challenging two years, travellers are seeking products crafted with the ultimate care.”

Upon unpacking my case, I was immediately struck by the pleasing, study design of the case in navy ballistic nylon. It’s extremely smooth to manouevre on four sturdy wheels than allow it to spin around 360-degrees. It also has a very silky, aircraft-grade aluminium telescoping handle. 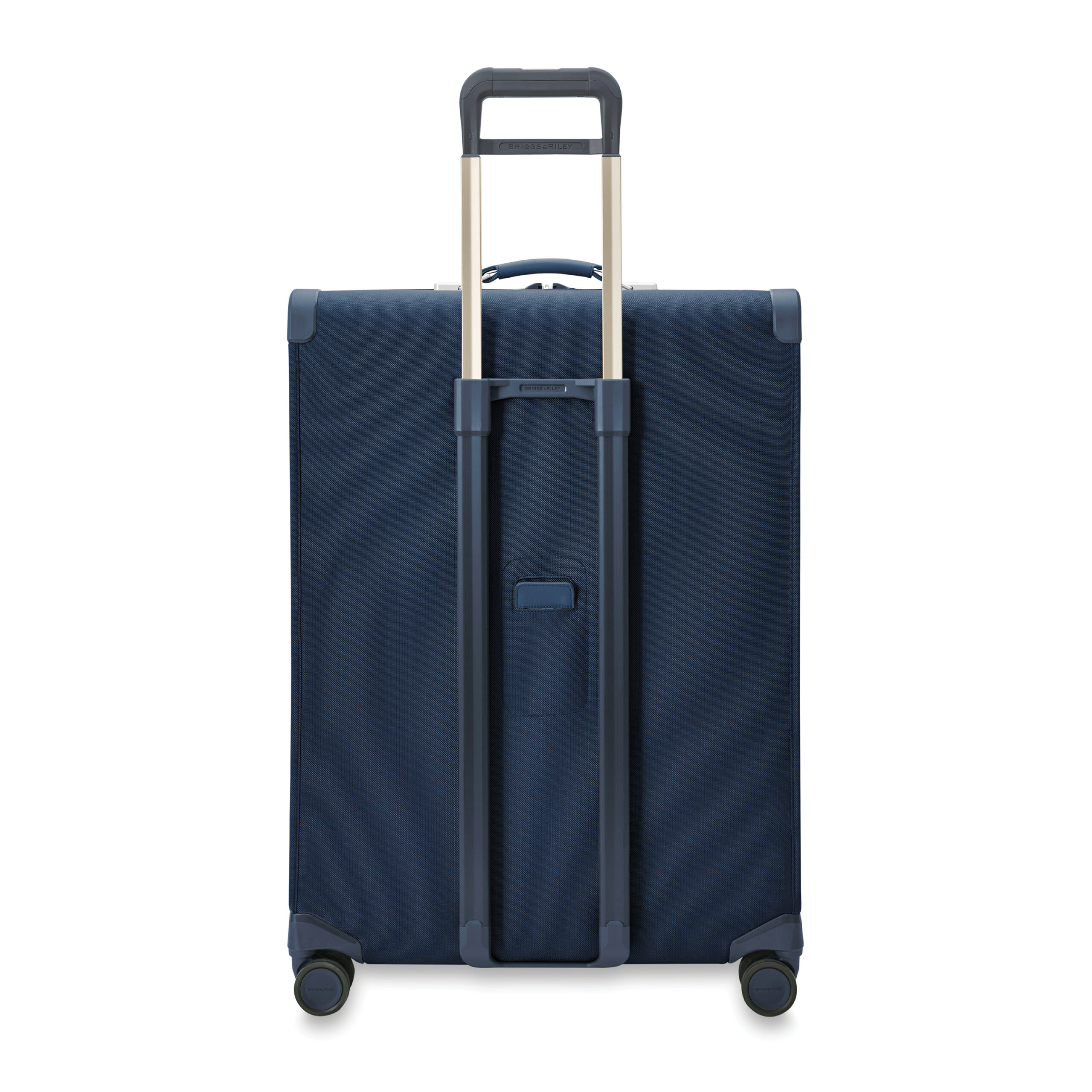 In addition to featuring large garment panels inside and compression straps to stop clothes shifting around, a built-in tri-fold garment folder with a foam roll bar that neatly holds one or two suits and prevents wrinkling and two mesh lid zip pockets.

Probably the best feature (apart from my initials being monogrammed discretely on the exterior) is the “world’s only” one-touch C expansion system that increases packing capacity. Briggs and Riley says: “Simply press CX buttons and pull up sides to expand. Once ready, zip closed and push down to compress. 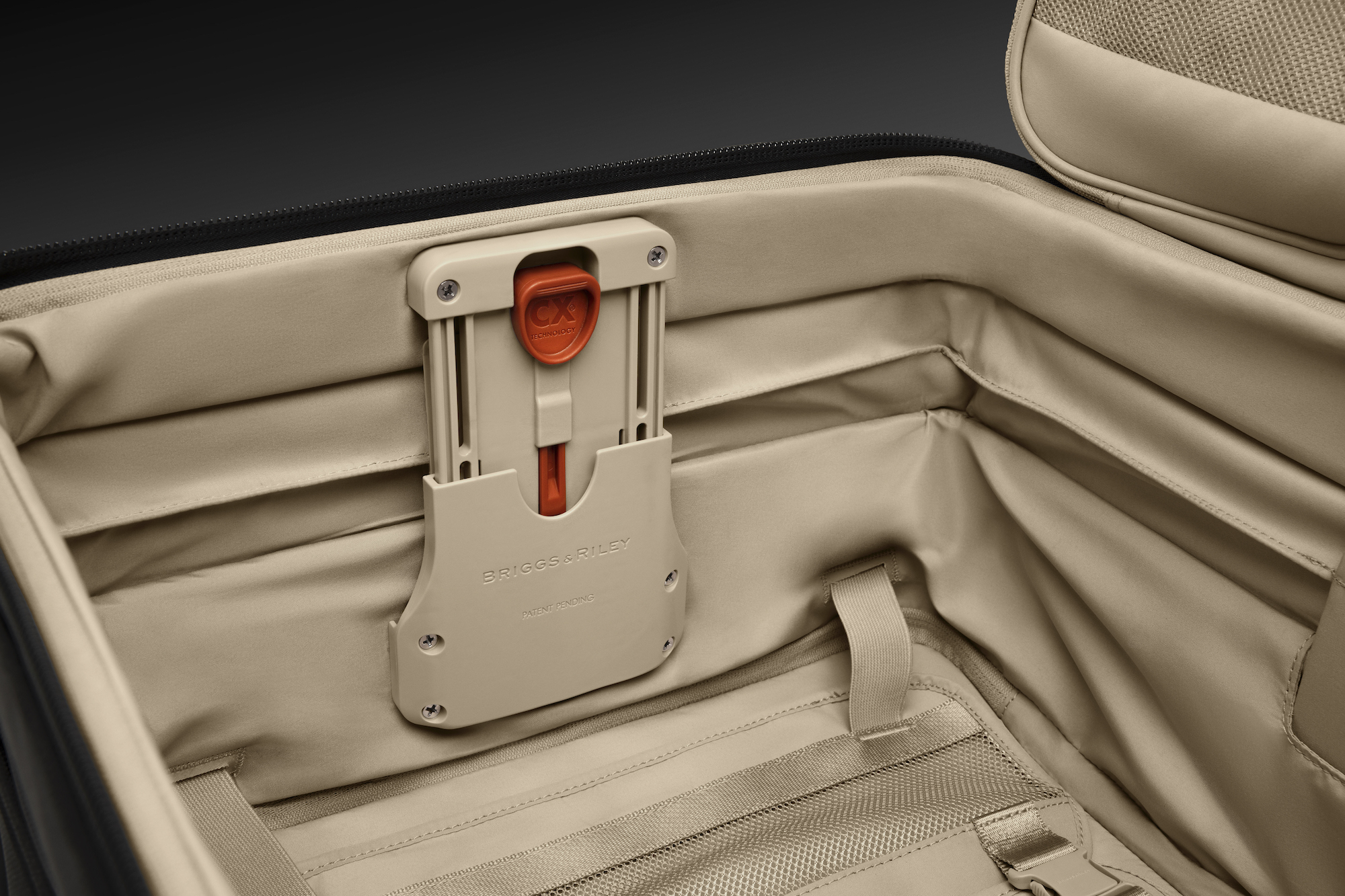 There are numerous other feature too: substantial corner-guard protection; a SmartLink strap for the easy transportion of two bags as one; ergonomic Outsider handle grip and cushioned top carry handle; a concealed leather ID tag; and a SpeedThru™ pocket for convenient access to stored items at security checkpoints that has an orange lining to visually inform you that the pocket is open. 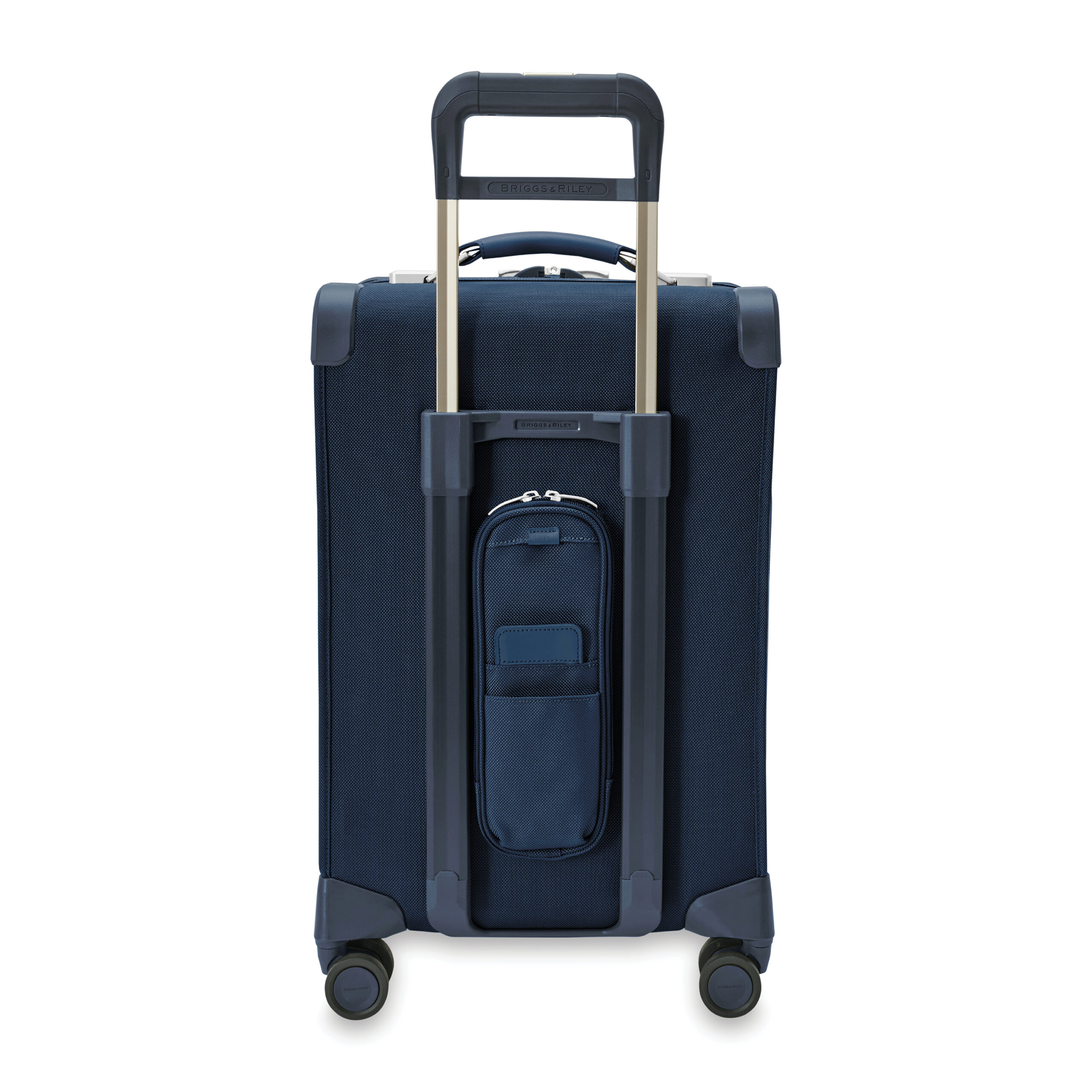 There is also a large front pocket on the outside, a fabric handle on the base that functions as an additional grab point, a retractable, low proﬁle side carry handle for easy grabbing, and a TSA cable combination lock.

Additional organisational elements include a PowerPocket to conveniently store a battery pack or mobile phone to charge on the go, an add-a-bag strap, to transport two bags as one, organisational pockets and RFID blocking pockets to protect personal data.

Briggs & Riley’s New Baseline Collection is available to purchase from £379 for wheeled luggage and from £59 for companion pieces, online at briggs-riley.co.uk or in-store at John Lewis, Harrods or Selfridges.

They say “you get what you pay for” and you can’t argue with the quality of Briggs and Riley’s Large Expandable Spinner. I look forward to using it for many years to come.