Futuristic flying Air Yacht could be airborne for two days

Air Yacht is an emission-free ‘twin blimp’ from Lazzarini Design Studio that can both fly in the air and sail on water. Rose Dykins reports

This year, an initial prototype of Air Yacht by Italy’s Lazzarini Design Studio is set to take to the skies – in pursuit of pushing forward with a new era of sustainable aviation.

Filled with helium gas – which is lighter than air – the Air Yacht concept is designed as two airships connected by carbon-fibre bridges on each side, which keep the structure rigid enough to fly and land with high stability.

On the lower side of each airship is an “inflatable basement”, which is capable of supporting Air Yacht once it lands upon water. 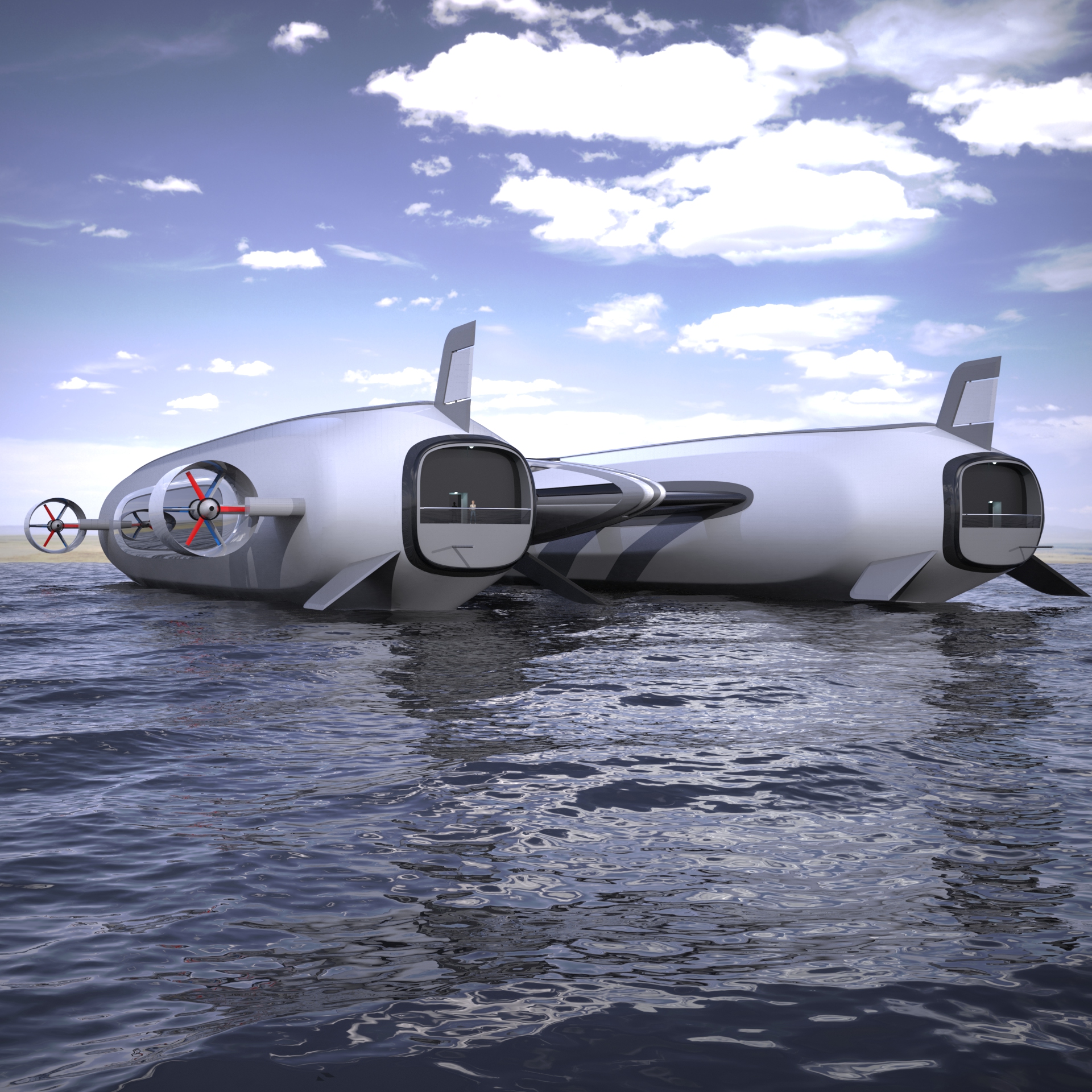 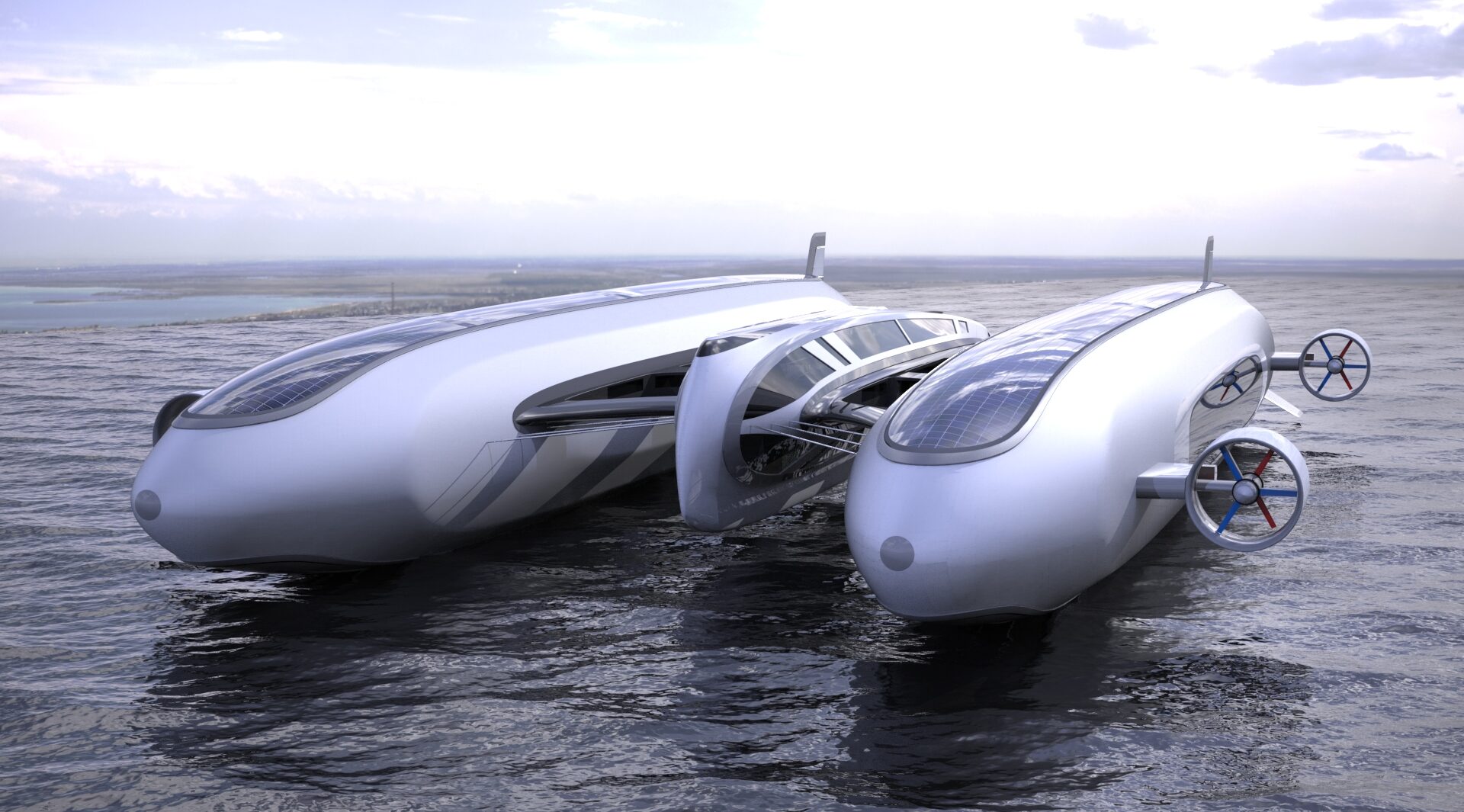 Air Yacht’s twin airship concept – named my Lazzarini as “catamaran blimps – allows for the largest volume of blimp ever obtained in the aviation sector, creating a new advantage and exciting opportunity for a sustainable mode of long-distance air transport that could stay in the air for as long as two days. It even has an onboard swimming pool, as well as ten bedrooms and a helipad. 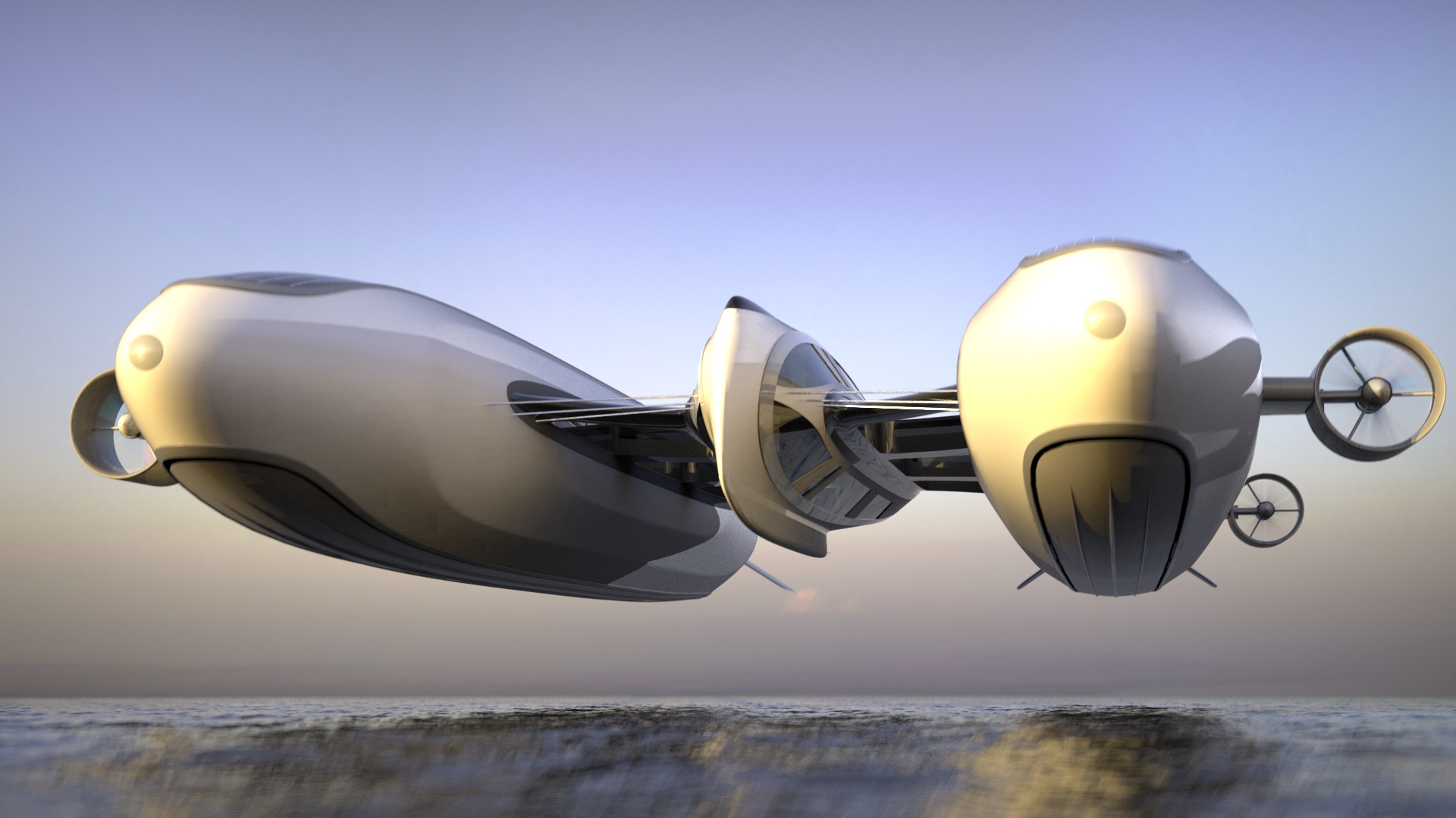 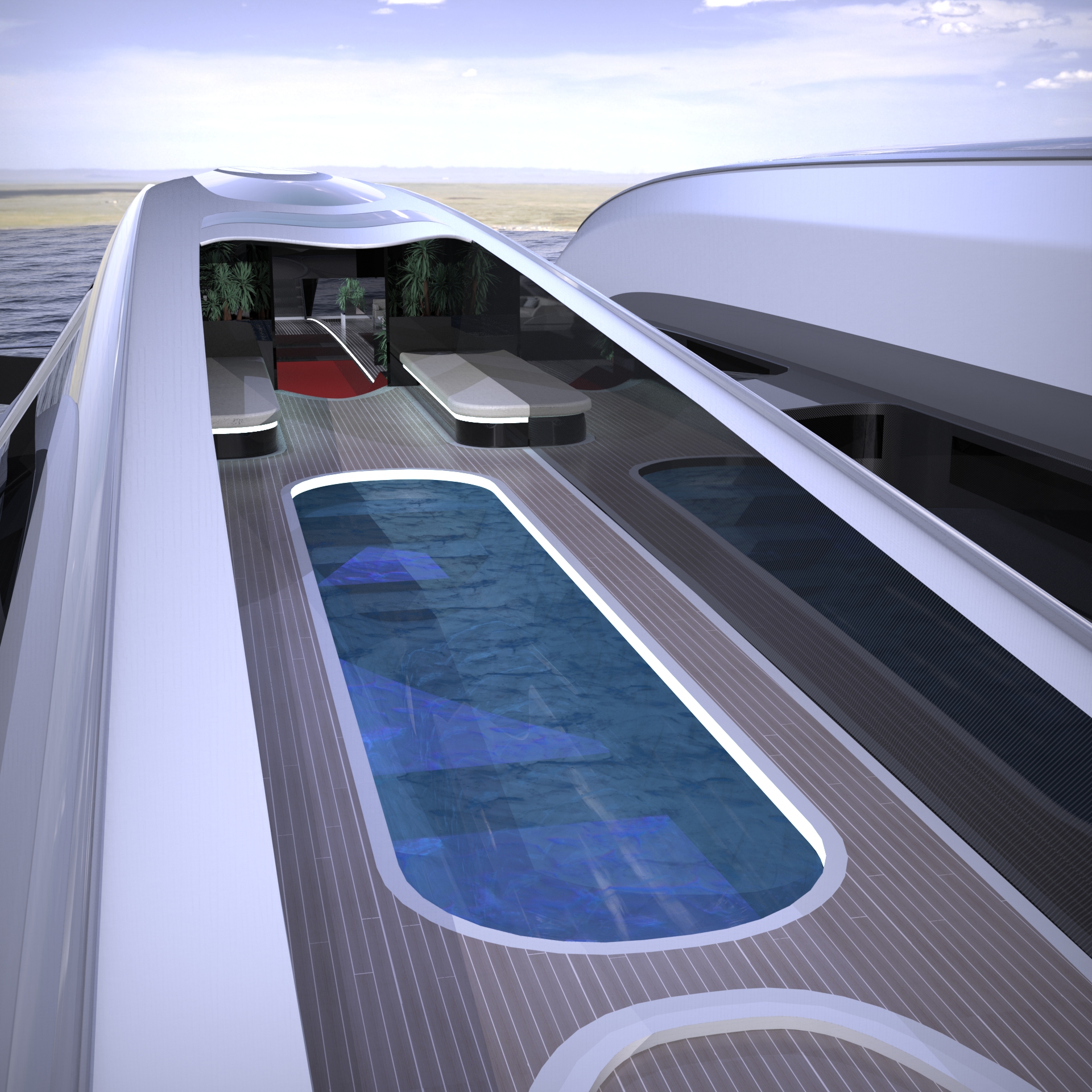 Designed to be constructed and furnished with dry carbon fibre structures, the 150-metre sky-yacht can adapt to being air- or sea-bourne. The airship also has eight 950 hp propellors powered by ultra-light batteries and solar panels, making it an entirely emission-free way to fly, and capable of reaching speeds of up to 60 knots (70 miles per hour).

The inflatable basement of each blimp can be used to float upon landing on water, but can also be filled with helium instead, which can be released during take-off when the Air Ship is at sea – a de-pressurisation process that lifts the vehicle into the air. 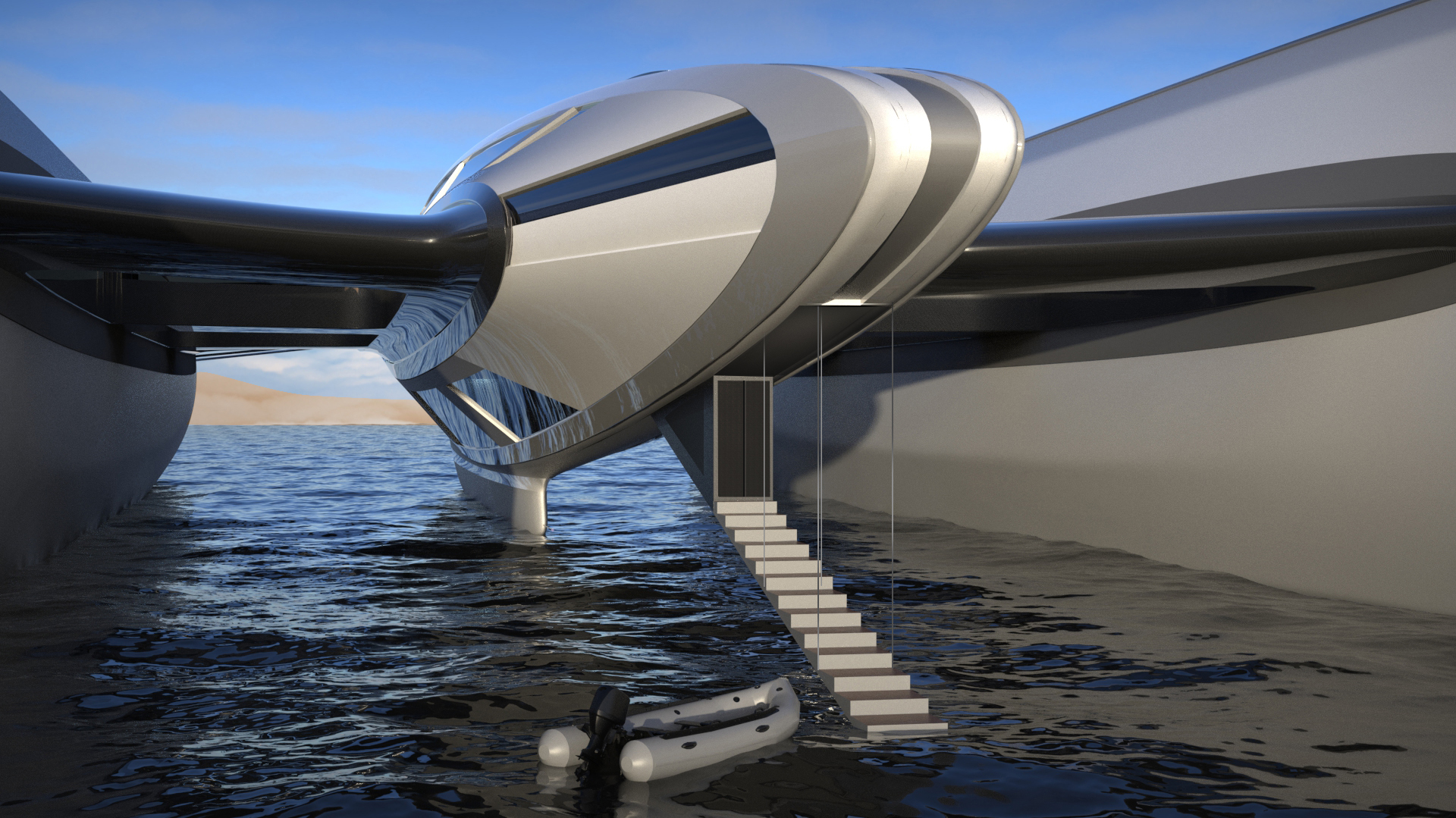 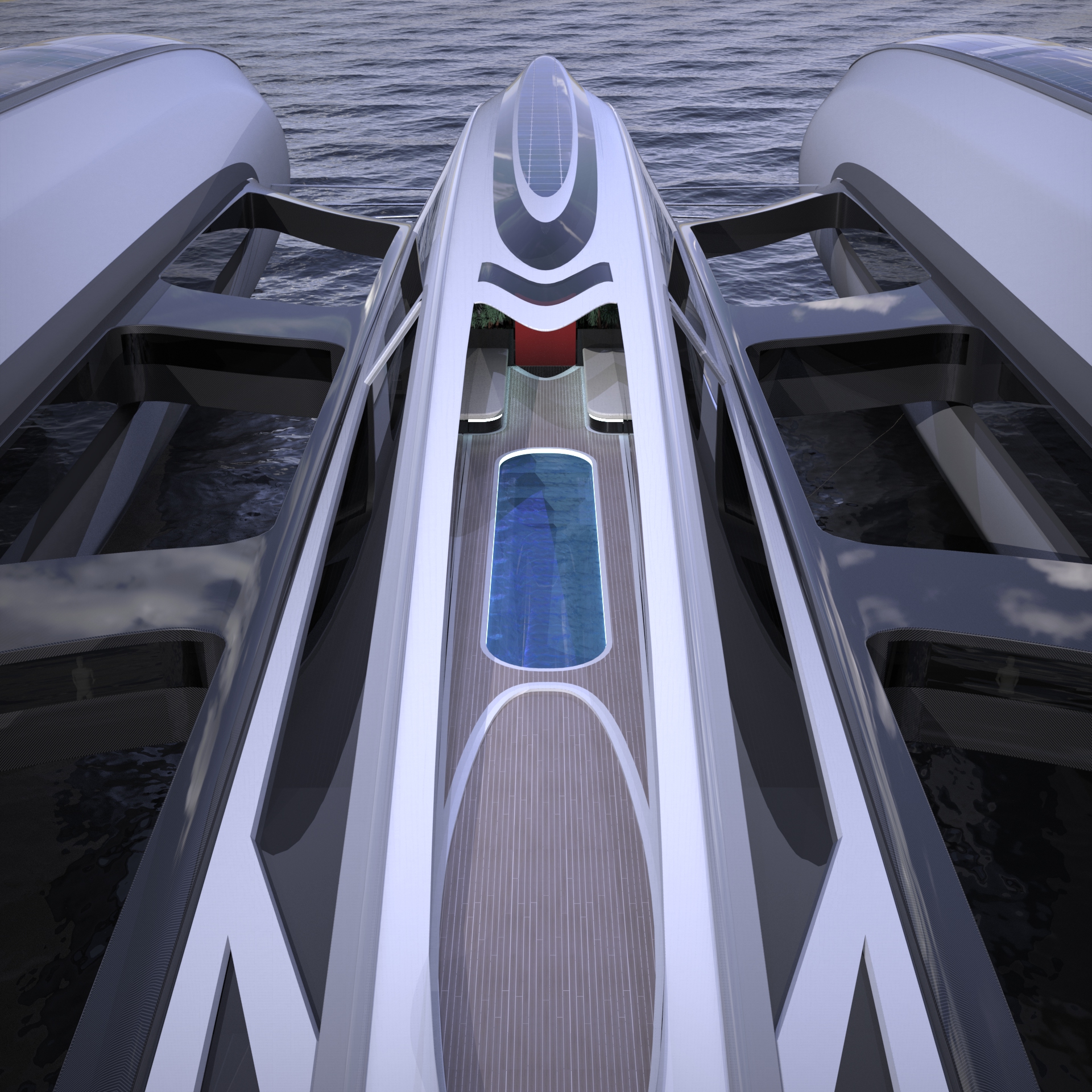 Alternatively Air Yacht can also sail quietly upon the water by using the same engines it uses to fly, travelling at a speed of approximately 5 knots. 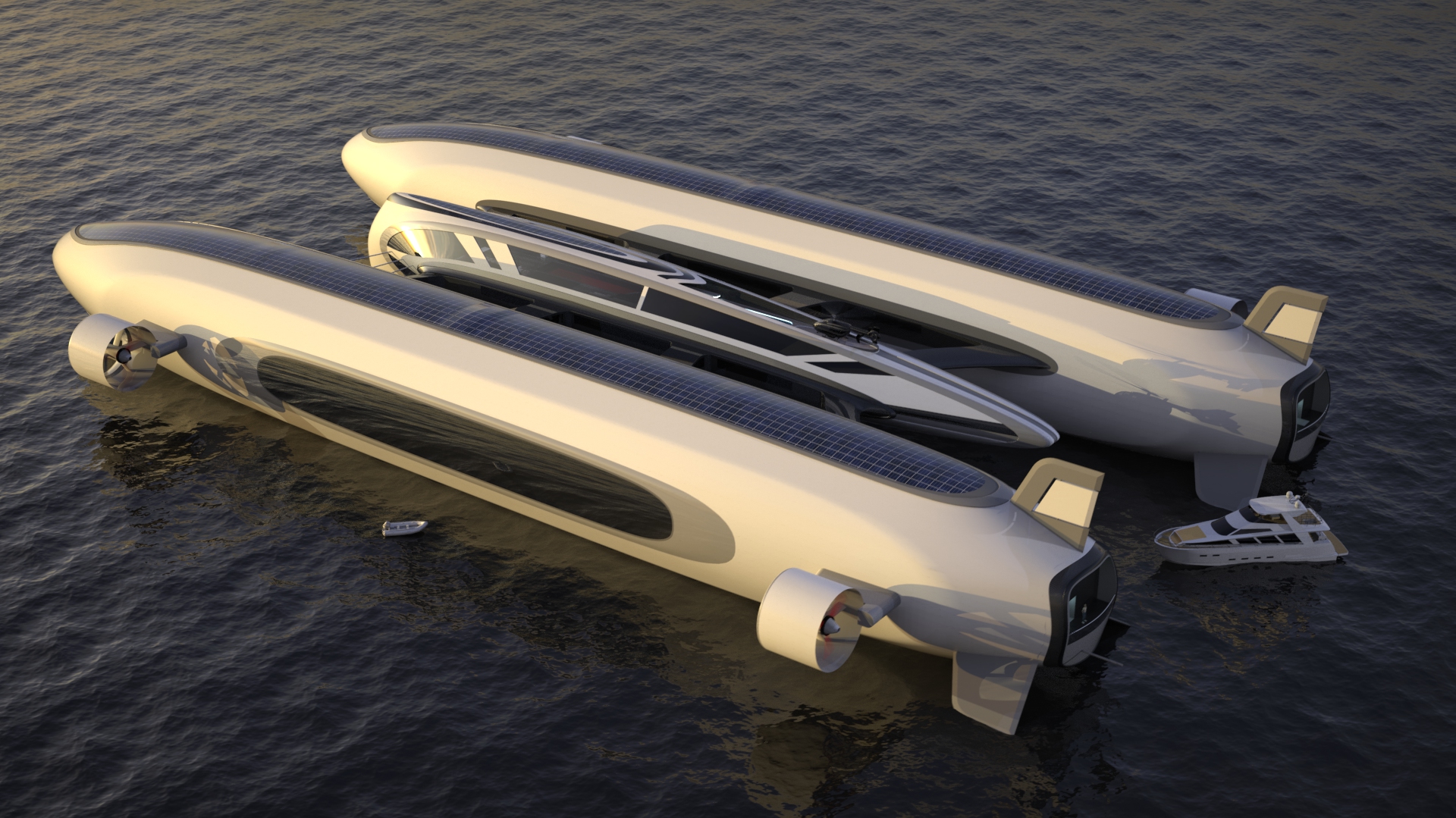 The gases inside Air Yacht can be released depending on the elevation required. Lazzarini is aiming for there to be 425,000 sqm of volume of helium inside each blimp of Air Yacht – the company has been researching the potential hydrogen-helium mixture possibilities that could help reduce the proportion of helium used to lift Air Yacht, and decrease the diameter of each of its blimps.

Each blimp is divided into a number of hive areas, or cells, which allows for gas compartment to be isolated in case of an emergency, or damage. 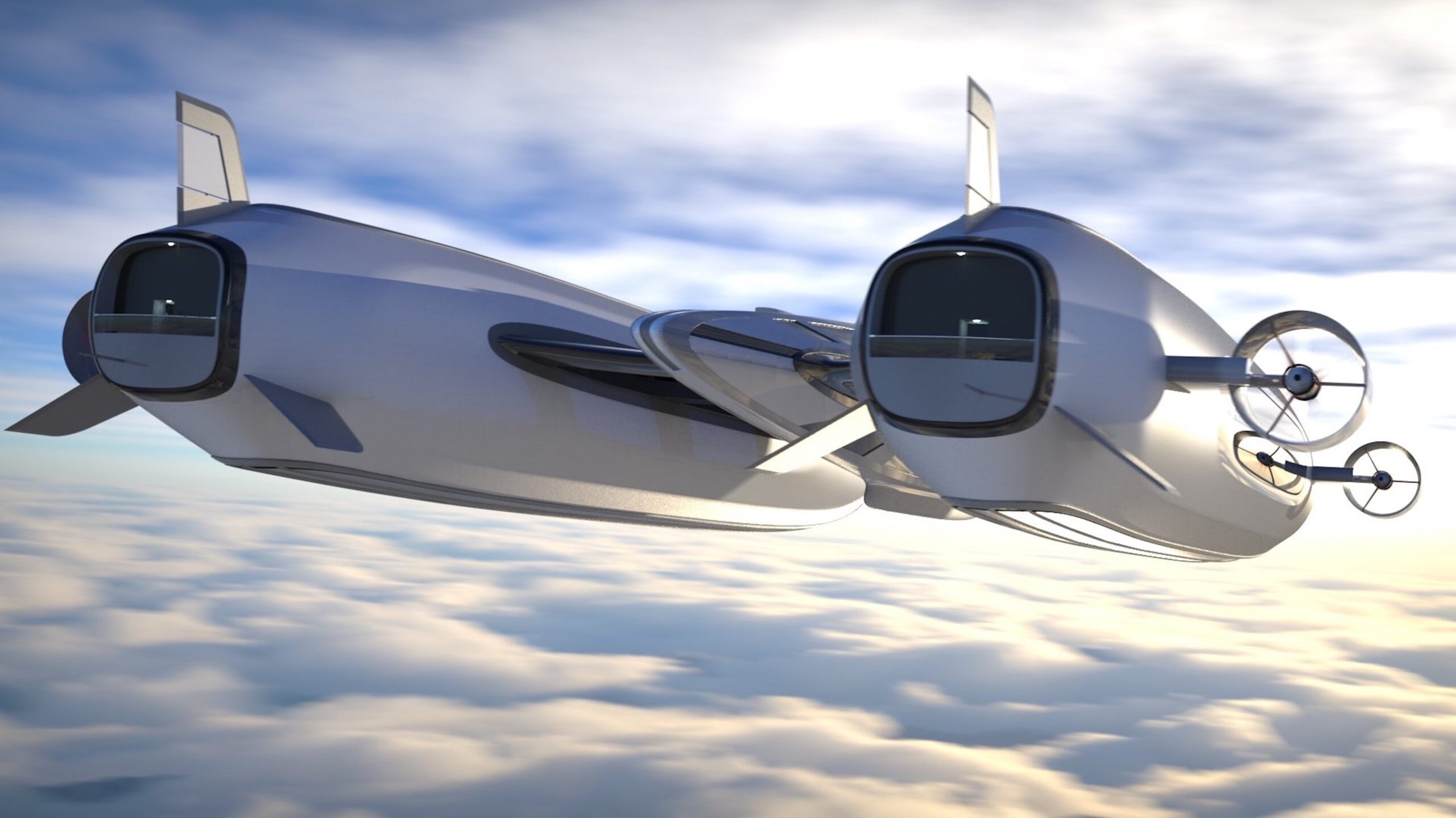 Rather than being intended as a mode of public transport or for commercial tourism purposes, Air Yacht has been envisioned as a next-generation private jet-slash-megayacht. As you can see, guests will experience previously unimaginable levels of luxury. 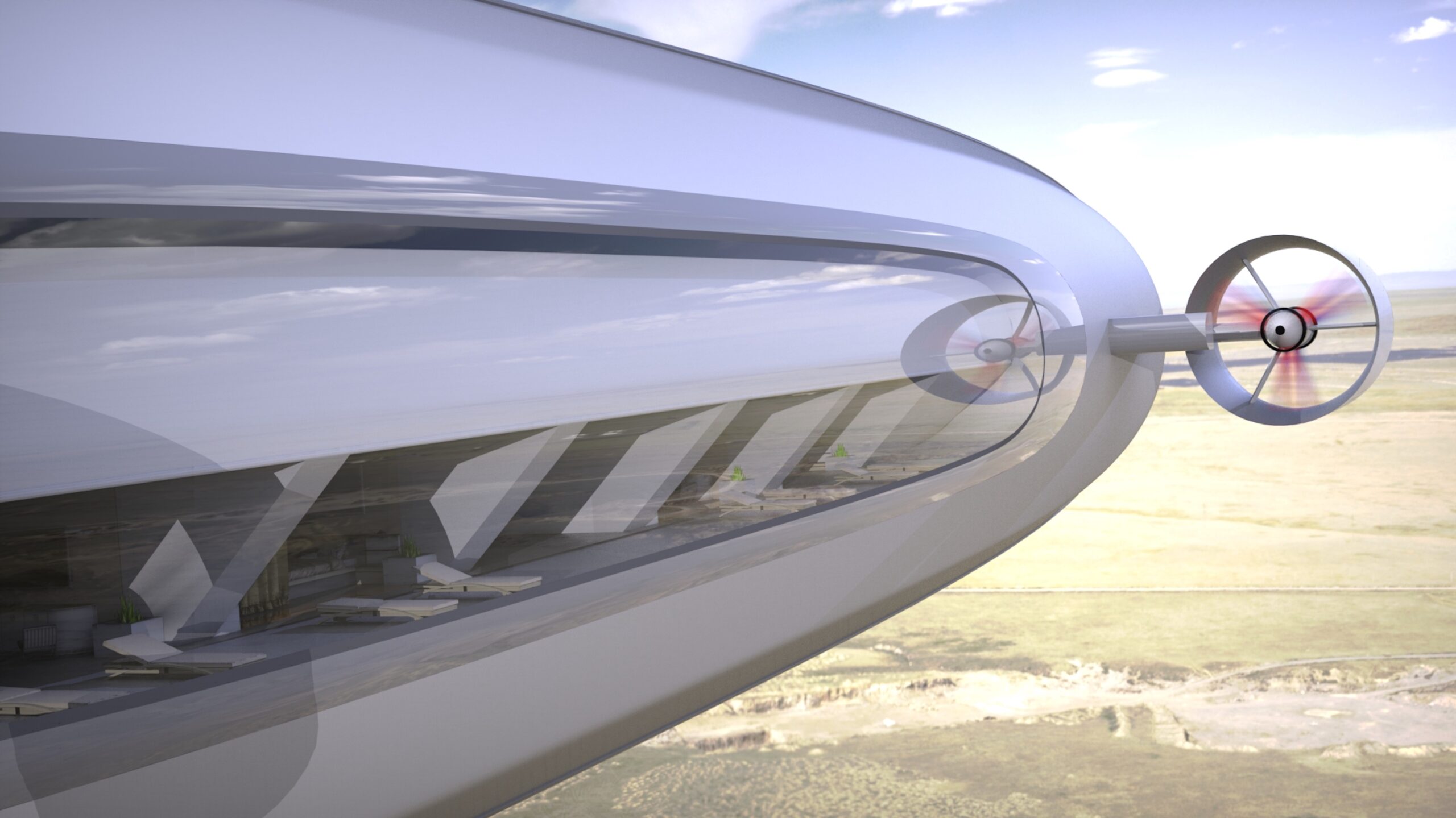 The central area of Air Yacht has a spacious living room with a dining area. On each side, there are five passenger suites with sky window views, which a special suite for the owner of the ship is situated at the centre, complete with 360-degree views of the surrounding sky. 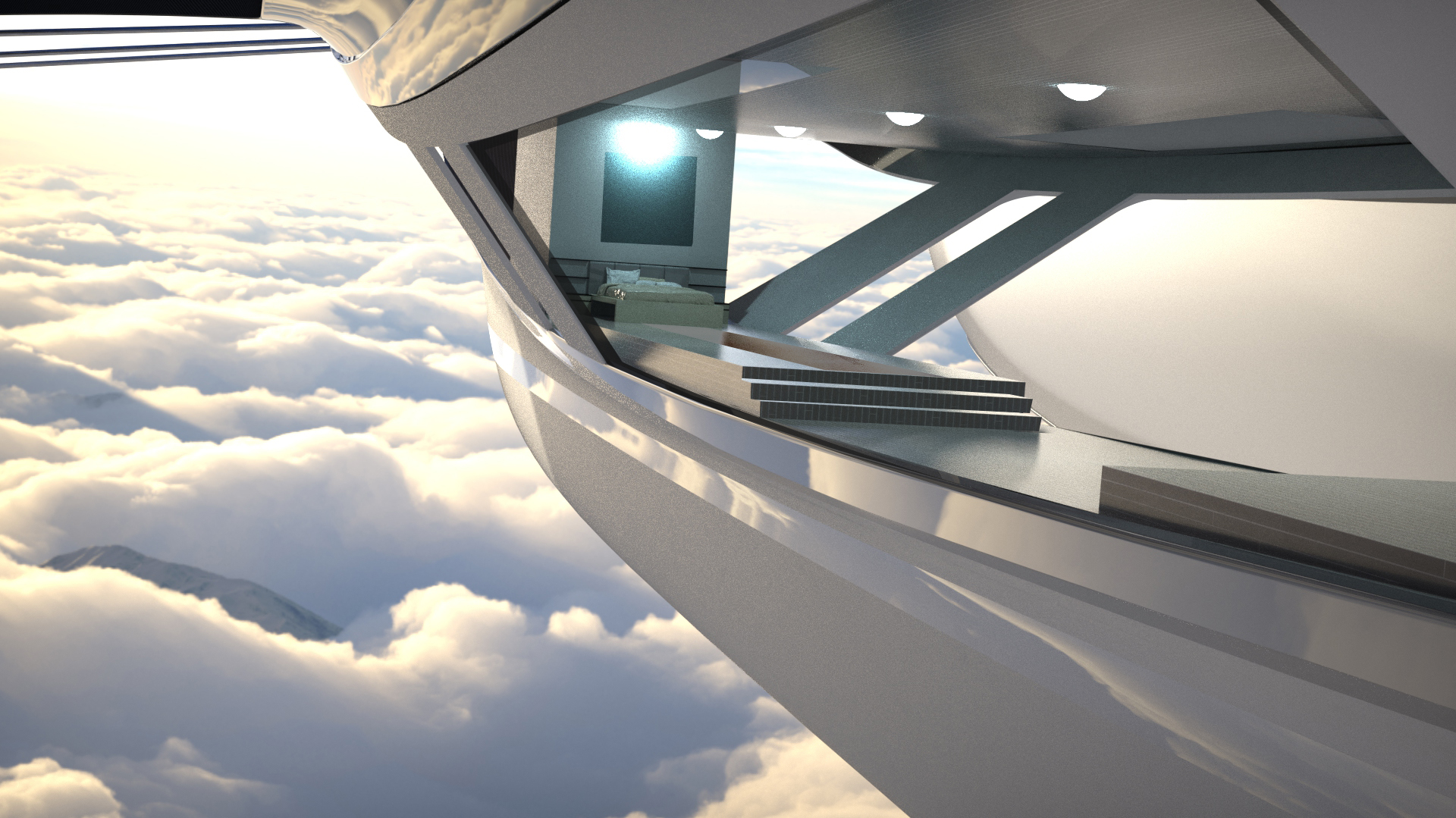 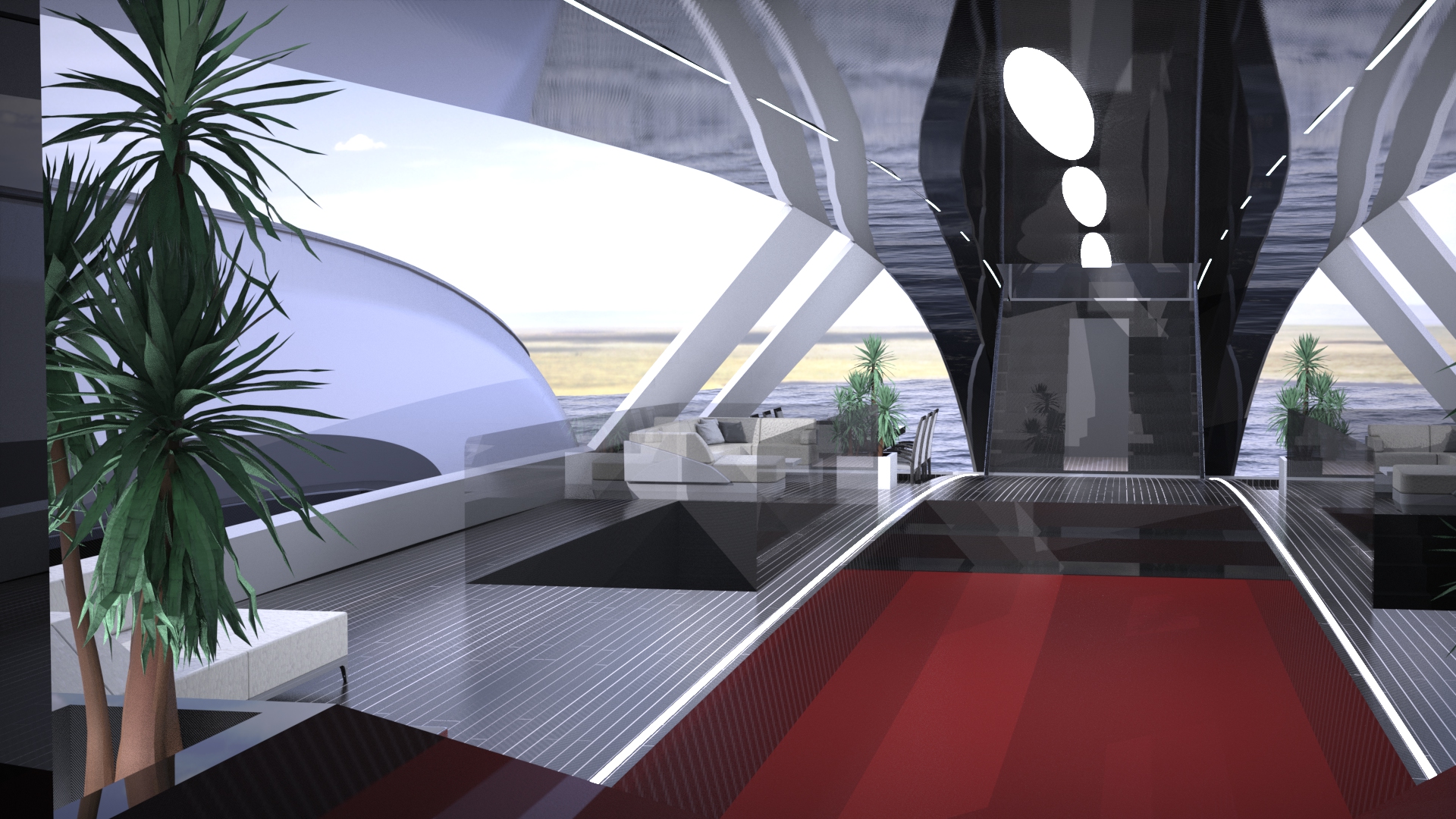 The Airlander 10 from Hybrid Air Vehicles is also coming in the next couple of years, and promises to enable peaceful air cruises over the wonders of the world.

It will be able to stay airborne for up to five days at a time, is “exceptionally quiet”, and has a typical operating altitude of up to 10,000ft (much lower than commercial planes). It will be certified to fly in all weather conditions and will be able to take off and land from almost any flat surface. But it was be able to sail on water.