UFO: Why giant airships will return to our skies

We are entering a new age that heralds the return of the mighty airship, capable of carrying vast amounts of cargo despite itself being lighter than air.

It was in 1937 when German passenger airship the Hindenburg dramatically, and tragically, caught fire and crashed when trying to dock. Of 97 passengers, 35 died.

Public confidence shattered, the disaster put an end to the airship industry. Many put the accident down to the highly flammable hydrogen gas it was filled with.

According to the BBC, when it first flew in 2013, it was the largest aircraft in the world.

Essentially an enormous silver ballon, it is filled with 27,000 cubic metres of helium (an inert gas), making the airship lighter than air.

It needs no runway to take-off, and could one day be a cheaper alternative to commercial planes for the travelling public.

In the future, Aeros plans to build a bigger, 169-metre-long flying balloon capable of carrying up to 66 tonnes of cargo hanging underneath it. (The biggest passenger jet – the A380 – is just 73 metres long.)

Meanwhile, US defence corporation Lockheed Martin is working on a hybrid airship that could carry 19 tonnes and 19 people.

A full-size version could carry up to 455 tonnes, with construction on the first airship to start next year, in time for deliveries in 2018.

Unlike the Dragon Dream, Lockheed’s would be be heavier than air. According to an article in The Telegraph: “The helium they carry is not enough to lift the craft’s entire weight when loaded.

“The gas provides 80 per cent of the lift required, with the remainder being generated as the airship – which is shaped like an aerofoil – is driven forward by its propellers.”

The Telegraph reported Rob Binns, chief executive of Hybrid Enterprises, as saying: “Our airships will allow these companies to do projects in remote areas where there are no roads or railways, but heavy drilling equipment is needed.” 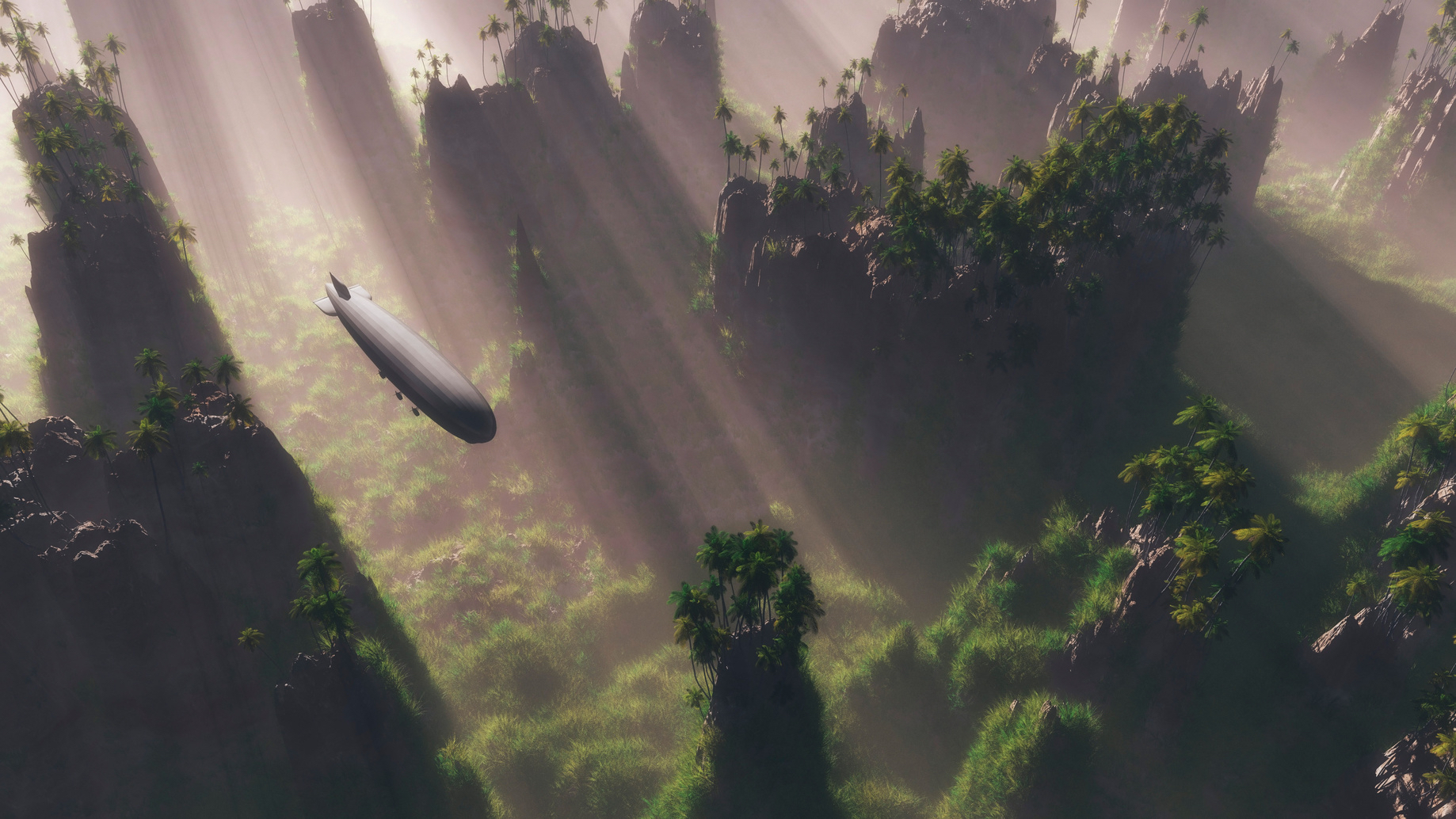 What’s interesting about modern designs for airships is that they can land like hovercraft using a system of fans to suck them to the ground. (Traditional vessels such as the Hindenburg, remained floating, tethered to a large tower.)

In the UK, Bedford’s Hybrid Air Vehicles is developing the Airlander 10, an airship that can reach places previously inaccessible by air, and stay in the skies for days without the need to refuel. It can carry up to 50 tonnes of freight while travelling up to 100 miles an hour.

Mike Durham, technical director for Hybrid Air Vehicles, says: “It’s a product that is going to change the world.”