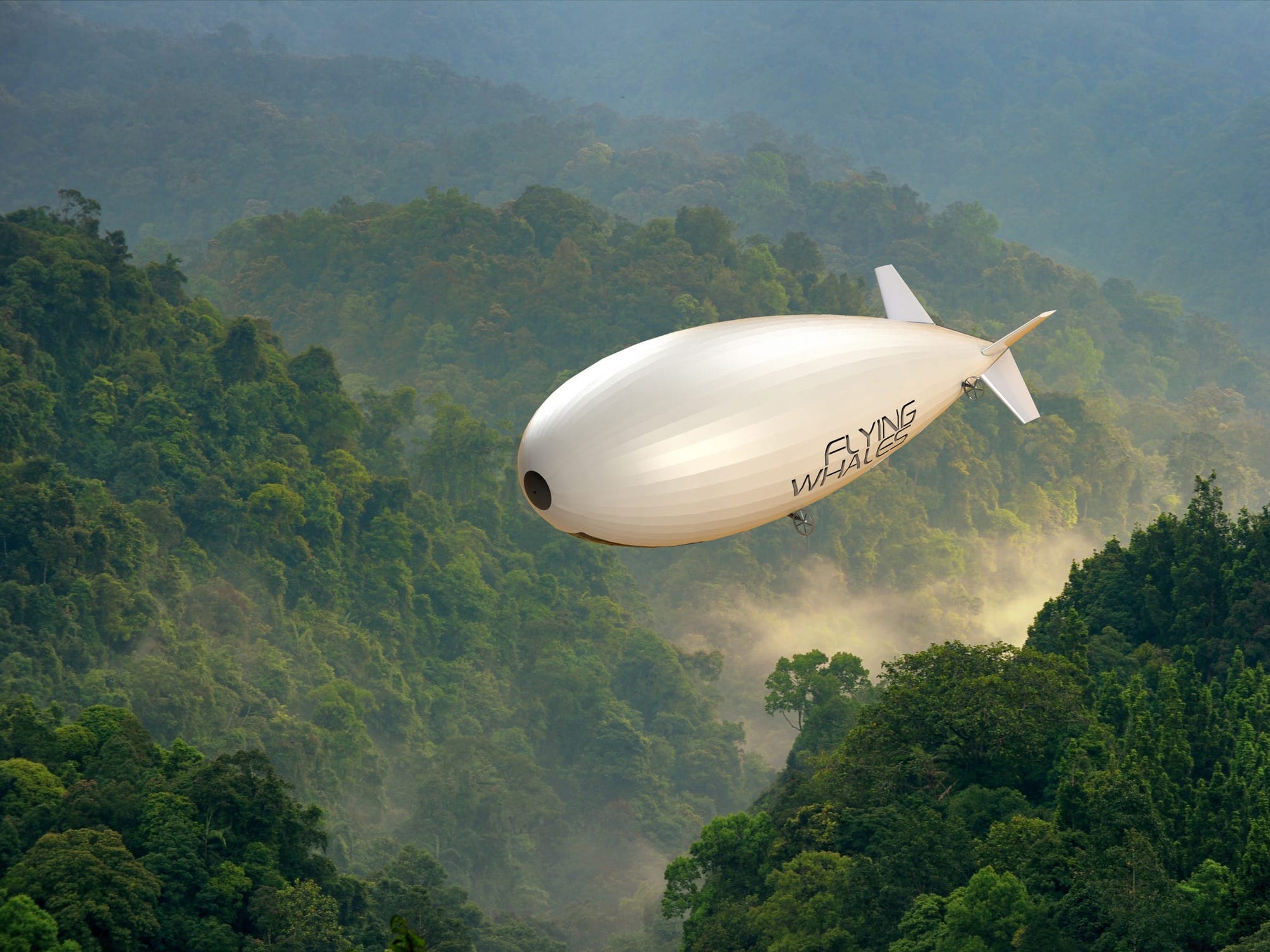 French company Flying Whales is bringing back the airship

The blimp is back – Flying Whales is designing helium-lifted airships to access the inaccessible. Olivia Palamountain reports

After the Hindenburg disaster in 1937, the era of the airship was deemed well and truly over. But French company Flying Whales is determined to explore the full potential of the airship with the launch of its first craft slated for 2024.

The project was launched in 2012 after a series of discussions with the Office National des Forêts (ONF – French National Forestry Office), which thought an airship would be particularly effective in targeting hard-to-access natural resources in areas such as the Alps, Corsica and French Guiana.

The LCA60T airship will be able to transport up to 60 metric tons of goods at altitudes of close to 3,000 metres. Airships could soon be a solution for countries with such vast expanses of territory.

Romain Schalck, market manager at Flying Whales told Air Liquide: “Airships could be used to collect tree trunks without impacting the ground by hovering above the site and loading and unloading cargo using cables.”

In addition to France, Canada (specifically the province of Quebec) and China, through its state-owned company AVIC (Aviation Industry Corporation of China), have also shown interest by investing in the project.

In the UK, Hybrid Air Vehicles is developing the Airlander airship for both cargo and sightseeing purposes. It will be able to hold up to 40 people for a banquet, or 16 passengers for an overnight stay in private suites. 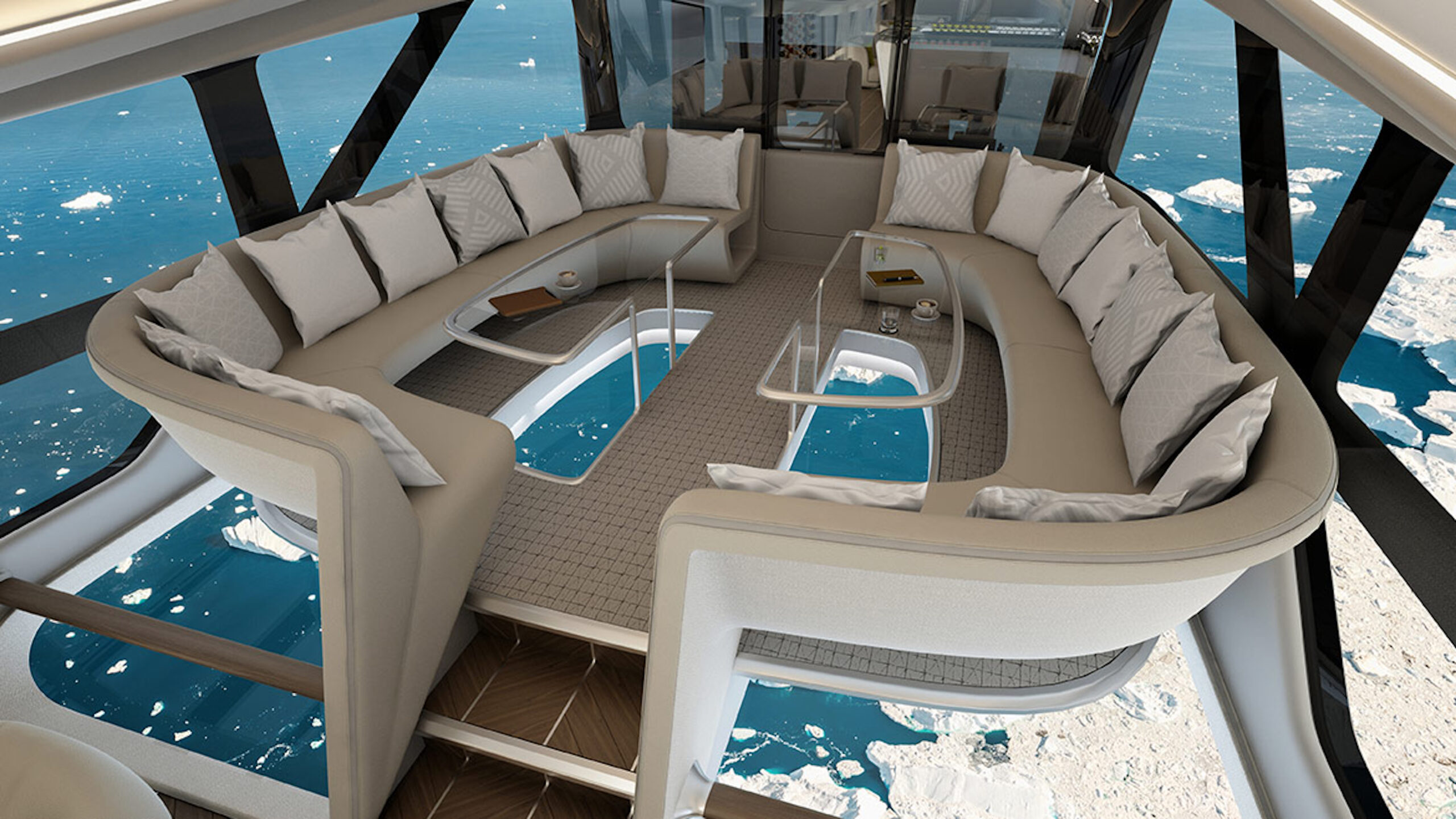 How much will a Flying Whales airship cost?

As of now, the price of the aircraft is confidential, but it’s suggested that the price tag is closer to that of a helicopter than a plane.

Several components of the cargo transport airship are made to be environmentally friendly, such as its floating capabilities powered by helium, hybrid-electric propulsion system, and lack of need for extra infrastructure during take-offs and landings.

Since the air vehicle uses helium to hover, the LCA60T has a low fuel consumption compared to traditional aircrafts.

“We decided to equip the first airship with hybrid propulsion first because we think today, we are in a world in which we cannot create new industrial tools without taking into account the protection of the environment,” Schalck said.

“A hybrid electric propulsion is not the perfect saver for the environment, but it’s a good first step.”

However, there is an issue with Flying Whales ambitious plan: the world is almost out of helium.

In recent years, helium prices have skyrocketed as supply has dwindled, says Foreign Policy. Far from just being used in party balloons and blimps, the gas is necessary for MRI scanners and rocket engines. Stockpiles of helium often escape, and are wasted, during other extractive projects.

While there have been shortages before, helium is a nonrenewable resource and can take an enormously long time to generate. Estimates suggest the Earth’s supply could be gone this century. So for blimps to be a sustainable form of air travel, another method of levitation needs to be found (hydrogen is flammable so not an option).