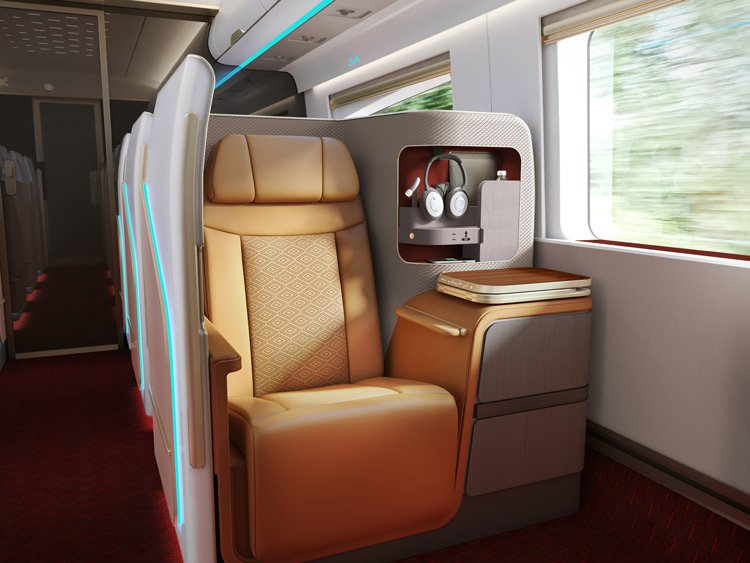 Created by Tangerine in collaboration with CRRC Changchun Railway Vehicles Co Ltd and China Rail, the high-speed train travels at 350km per hour, whisking athletes, journalists and other VIPs from Beijing to the mountains in Zhangjiakou for the 2022 Beijing Winter Olympics.

The project has been under developed for five years in both the UK and China, and was led at Tangerine by China Director, Weiwei He, and a team of European and Chinese designers from tangerine’s London Studio.

After the Winter Olympics, the train will be brought into regular rotation by China Rail, so everyone will have a chance to ride on it.

The interior design of the futuristic train takes inspiration from a “fusion of Chinese culture and winter sports” – to Globetrender, it looks a lot like first class on cutting-edge airlines. This is no accident…

Apparently this was a deliberate decision to help China Rail compete with regional airlines by providing a high-end travel experience.

Tangerine says: “VIP guests will have the pleasure of travelling by airline-style lie-flat seats with an interior inspired by the Great Hall of China.” 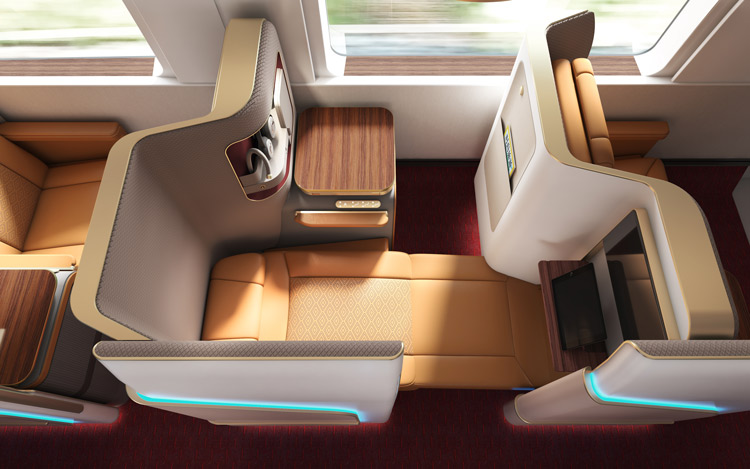 A spokesperson told DesignWeek: “The price is comparatively cheaper than business class flying and offers a better experience than on narrow body airlines – more space, better seat comfort, bigger storage provision and a quieter, more private environment. Compared with a regional two- or three-hour flight, the high-speed train can offer a cheaper, greener and more convenient journey in about the same time.”

Passengers also benefit from wireless charging, personal screens and secure seat-side luggage stations. Interestingly, all Chinese passengers like to face forward so all seating rotates 180 degrees at the end of the line in preparation for the return journey. 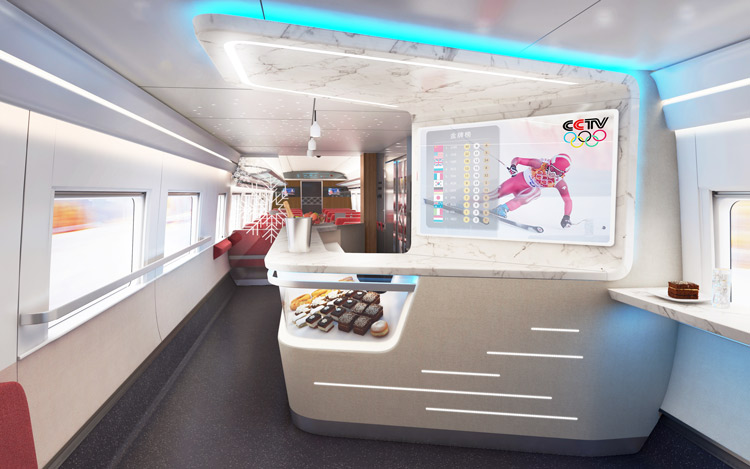 In addition, the train features a restaurant carriage, a media centre and sofa seating to accommodate journalists travelling to the Games.

Weiwei He says: “We’re thrilled to see the Winter Olympic train come into service. It was such a unique opportunity to create a new high-speed train platform for China, as well as let our creativity really flow to design unique custom elements inspired by China’s culture and the great tradition of the Olympic Winter Games.”