SpaceX to send civilians into orbit on ‘Inspiration4’ mission

“Inspiration 4” is a private SpaceX charter flight paid for by US billionaire Jared Isaacman to raise money for the St Jude Children’s Research Hospital. Amazingly, it will be the first all-civilian spaceflight into orbit, but Isaacman is no novice – he already has more than 6,000 hours of piloting experience.

Isaacman, who is the founder of Shift4 Payments, will be joined by St Jude physician’s assistant Hayley Arcenaux, data engineer Chris Sembroski, and geoscientist and artist Sian Proctor, who will all be riding in SpaceX’s Dragon capsule. 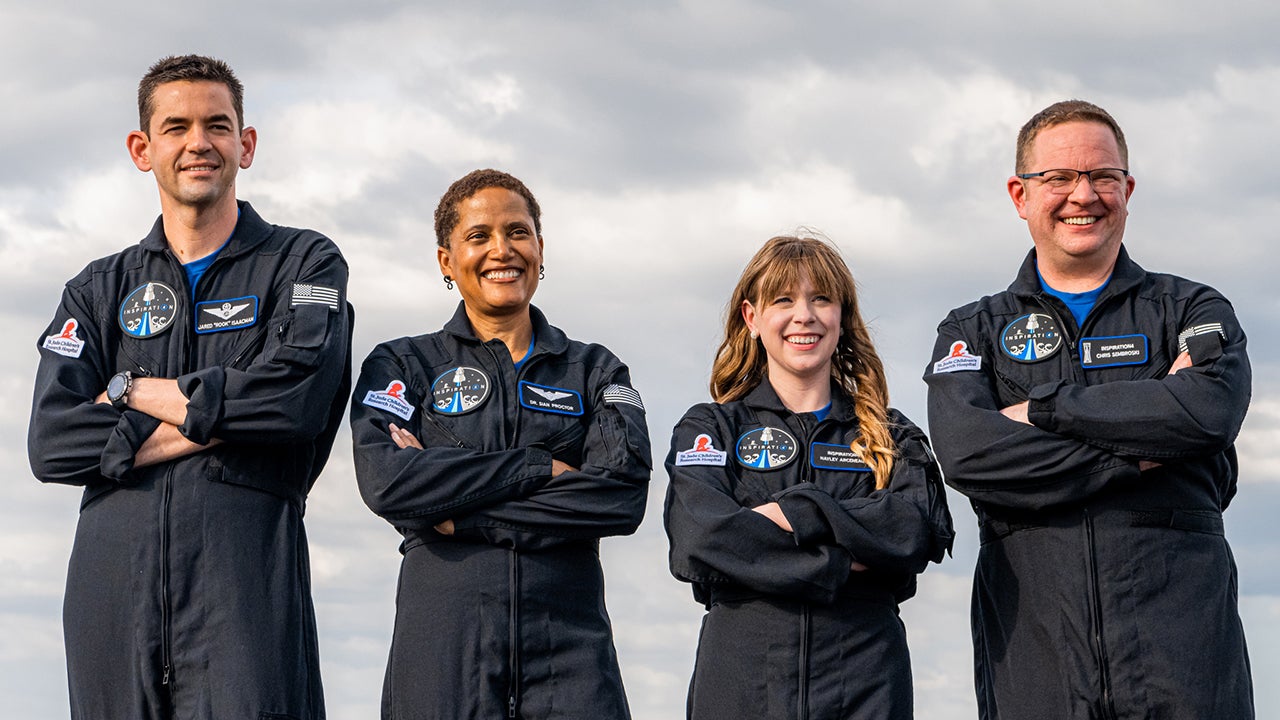 Rather than being a sub-orbital “joy ride” delivered by the likes of Virgin Galactic and Blue Origin, one of the main objectives of the mission will be to collect health data that will be used to help humans travel off-planet in the future.

Once in orbit, the crew will measure their ECG (electrocardiograph) activity, movement, sleep, heart rate, blood oxygen saturation, cabin noise and light intensity, all of which will be used to assess changes in behavioural and cognitive performance over time.

Small amounts of blood will also be collected from the crew to monitor the functioning of their immune system, while balance and perception tests will be taken before and immediately after the space flight to determine people’s response to the change in gravity.

The crew’s organs will also be scanned with an AI ultrasound device, which is currently being tested by astronauts on the International Space Station.

All tests will be done in partnership with researchers at Weill Cornell Medicine, with samples cryogenically frozen in a Biobank on return, and data stored for posterity.

With lift-off scheduled for September 15, 2021, the automated spacecraft will orbit Earth for three days before landing in the Atlantic Ocean.

SpaceX says the civilian crew will go the furthest distance from Earth of any human spaceflight since the Hubble Space Telescope repair missions.

Although the crew won’t be professional astronauts, they will have undergone significant training, with spent months in classrooms and space flight simulators, learning how to prepare for emergencies and experiencing G-force.

“There’s north of 60 procedures that range from normal contingency to emergency,” Isaacman told Time. “In a multi-day mission there is a lot of time for a lot of things to go wrong.”

The plan is for the spacecraft to work autonomously, with ground support ready to help if needed. Isaacman and the other passengers would only be required to take action as a last resort.

One of the most amazing features of the SpaceX Dragon capsule is its transparent cupola, allowing unobstructed views of the stars and Earth.