Space may be the final frontier but it looks soon to be conquered thanks to Californian start-up, the Gateway Foundation, which wants to put a hotel called the Von Braun into orbit. On board there will be restaurants, gyms and even a sports arena. Emily Eastman reports

“Getting away from it all” is soon going to take on a new meaning, with the launch of the Von Braun rotating space station this coming decade. The Gateway Foundation plans to put a hotel – complete with “varying levels artificial gravity”, thanks to its rotating design – into Earth’s orbit, making holidays in space a very real possibility.

Scheduled to open as early as 2027, the Gateway Foundation will work with space construction company Orbital Assembly to make its vision a reality. If successful, it will likely be the first commercial spaceport ever to be constructed.

Lead architect Timothy Alatorre says the Von Braun will be the largest human-made structure in space with capacity for up to 450 people on board. 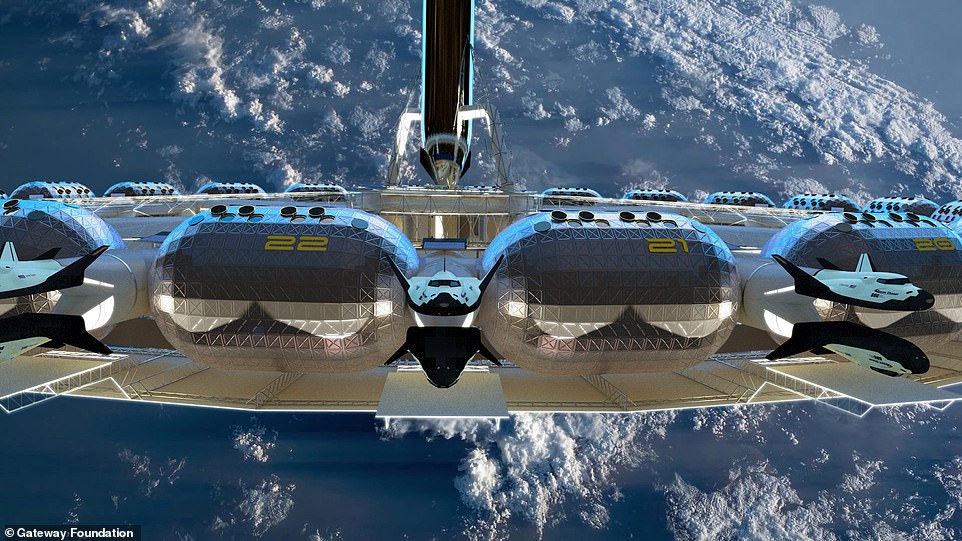 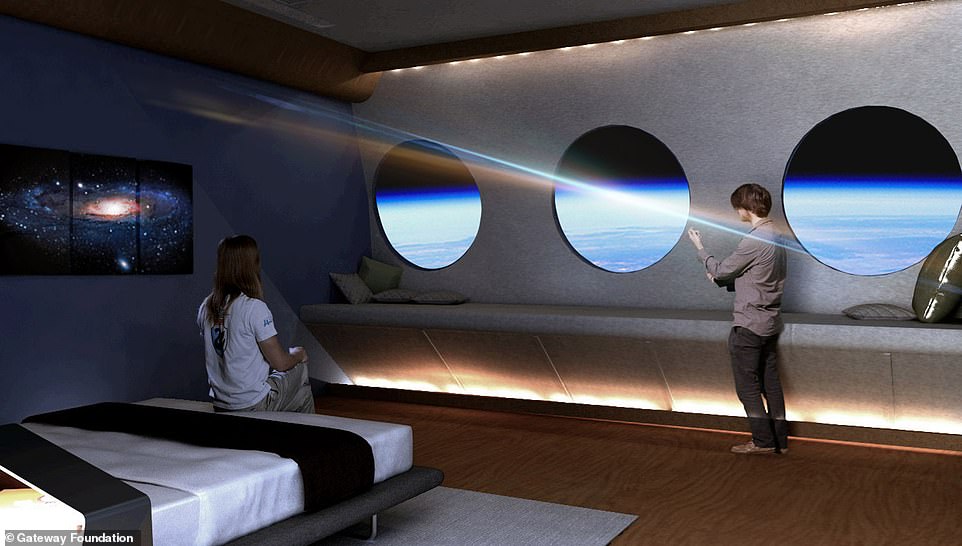 The extra-terrestrial hotel would feature restaurants, gyms, sports arenas and concert venues. Meanwhile, inside, natural materials will make the station feel cosy rather than clinical.

Named after the German rocket scientist and space architect, Werner von Braun, who inspired the project, the Von Braun station will rotate in such a way as to create artificial gravity for its inhabitants.

It’s a concept that Von Braun put significant work into during his time working for the US space programme, which he joined after defecting form Nazi Germany in 1945.

However, the idea of a “toroidal” space station (referring to a mathematical doughnut shape whereby “the axis of revolution passes through the hole and so does not intersect the surface”) was first introduced by Russia’s Konstantin Tsiolkovsky in the late 1800s. 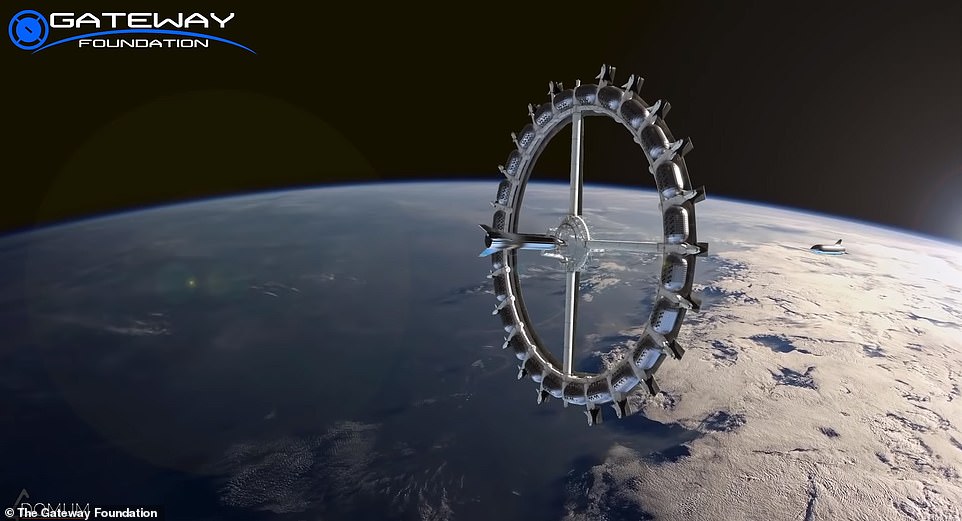 Back then, it was science fiction, but Tsiolkovsky’s idea of a space station based on a hub-and-spoke design has now seemingly become possible.

According to the Gateway Foundation: “The Von Braun Station will be a rotating space station designed to produce varying levels of artificial gravity by increasing or decreasing the rate of rotation.

As the wheel spins in space, inertia and centrifugal forces will create gravity, pulling people and objects towards the outer circumference.

It can be sped up or slowed down depending on how much gravity is required, and it means people will be able to move around – as well as go to the toilet, exercise, eat and shower – in a similar way to on Earth. 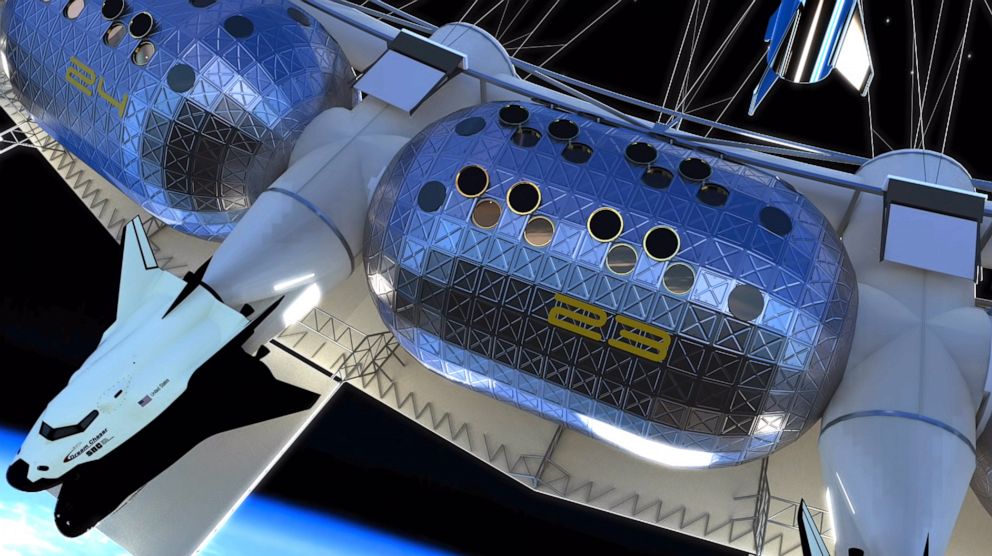 There is also potential for having enormous amounts of fun. Because the artificial gravity would be weaker than gravity on Earth, there will be fewer limitations on physical capabilities. For example, the Gateway Foundation sees potential for putting on sporting events in arenas where basketball players can run up the walls.

“The station will be designed from the start to accommodate both national space agencies conducting low gravity research and space tourists who want to experience life on a large space station with the comfort of low gravity and the feel of a nice hotel.”

What is the future of space tourism? 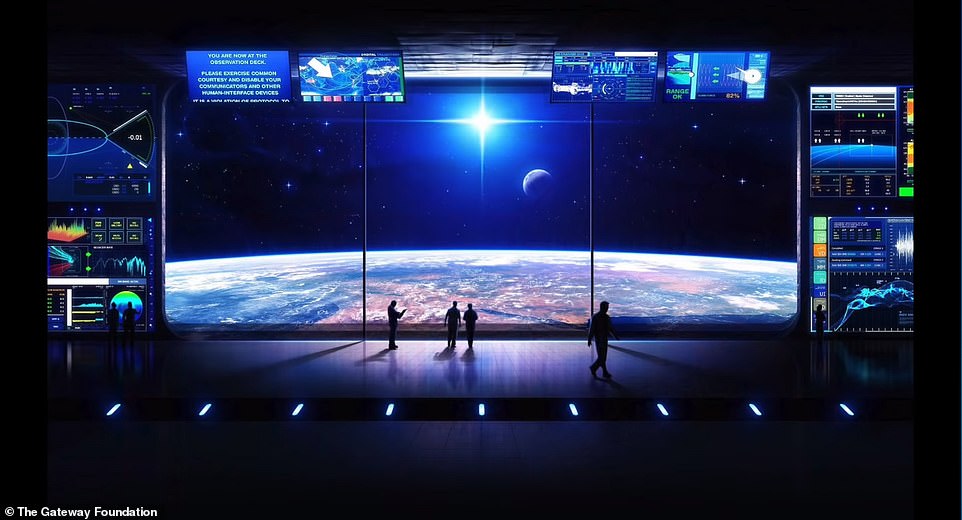 The Gateway Foundation has kept quiet about costs, but Orion Span says a 12-day stay on board its Aurora Station station would cost in the region of US$9.5 million – transport included.

“The early costs will be fairly high,” Alatorre told Mach. “Our goal is to get the costs down to where you have a choice: you could save up and go for a week’s vacation in Europe, or you could go to space.”

Alatorre believes that space will be seen as a normal holiday destination within the next few decades, but some think the Gateway Foundation’s timeline is ambitious.

Blincow says: “If you count all the people who have gone to space since the first man, Yuri Gagarin, [fewer] than 560 people have gone in 56 years. Ten people a year? That’s sad. If we build the Gateway spaceport, it could handle all 560 people in one day – 200,000 people a year.”

Glenn Lightsey, a professor of space technology at the Georgia Tech College of Engineering in Atlanta, told Mach: “We’re still a way away from actually being able to build these hotels and operate them in orbit. It’s coming, and that’s exciting. But it will take a little time to build up to that.”

The Von Braun station is likely to be the first commercial space construction project in history. It’s the ultimate in destination travel, but the Gateway Foundation isn’t the only organisation making upward strides.

NASA will be opening the International Space Station to tourists next year, while start-up Orion Span wants to open its Aurora Station space hotel as early as 2022.

It’s a shift in perspective from the US government’s Apollo mission, which was designed exclusively for astronauts, and a clear move towards public space tourism, which is funded by private enterprises such as Virgin Galactic, Blue Origin and SpaceX. 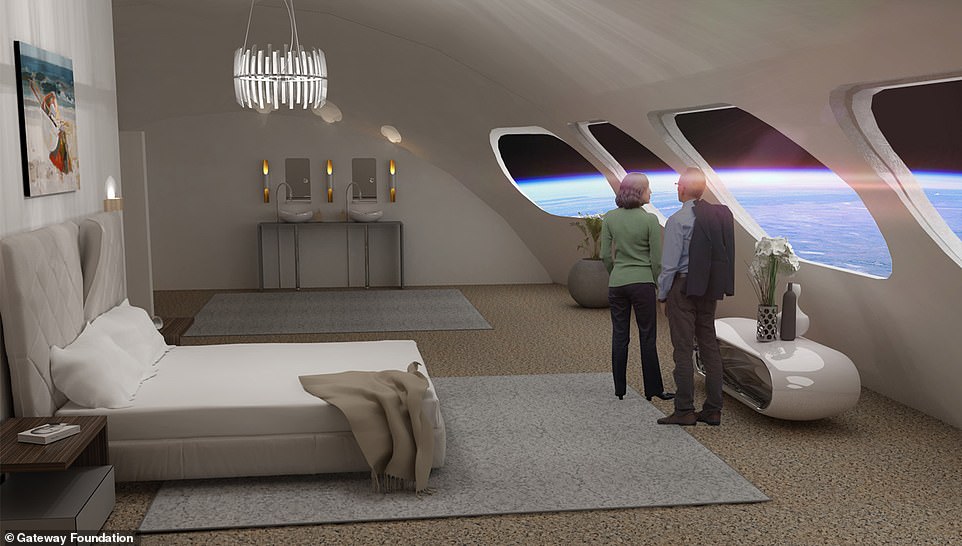 What is the master plan?

John Blinkcow, president of the Gateway Foundation, says its aim is to build multiple large, rotating spaceports. Doing so, he says, would create “a true economy in low-Earth orbit that is economically self-sustaining”.

Another key element will be the construction of the Gateway, a stopping point where passengers will disembark their Earth shuttle and board a spaceship.

“The Gateway is just another airport, but it will be located in a very strategic location: low-Earth orbit, the very edge of space. And since it will reside just beyond our atmosphere, we call it a spaceport,” he says.

The Gateway Foundation says: “This space station will be our Gateway to the stars and for those born on our Moon, Mars, and beyond, it will be The Gateway to Earth.”