In preparation for the next human moon landing (NASA hoped it would be 2024 but this is likely to be delayed), Denmark’s SAGA design firm has created Lunark, a portable pod for sleeping on the moon.

The brainchild of two Danish architects – Sebastien Aristotelis and Johan Sorensen – Lunark was conceived as a solar-powered habitat that could help non-astronauts experience outer space.

Built in partnership with scientists, engineers and polar experts, the structure is designed to weather the harshest climates on the planet, such as hurricanes and temperatures as low as -30°C.

In September, Aristotelis and Sorensen embarked on a three-month trial of living inside Lunark in an isolated region of Arctic Greenland, so that they could test out their prototype, and also learn more about the mental toll of living in lunar accommodation. 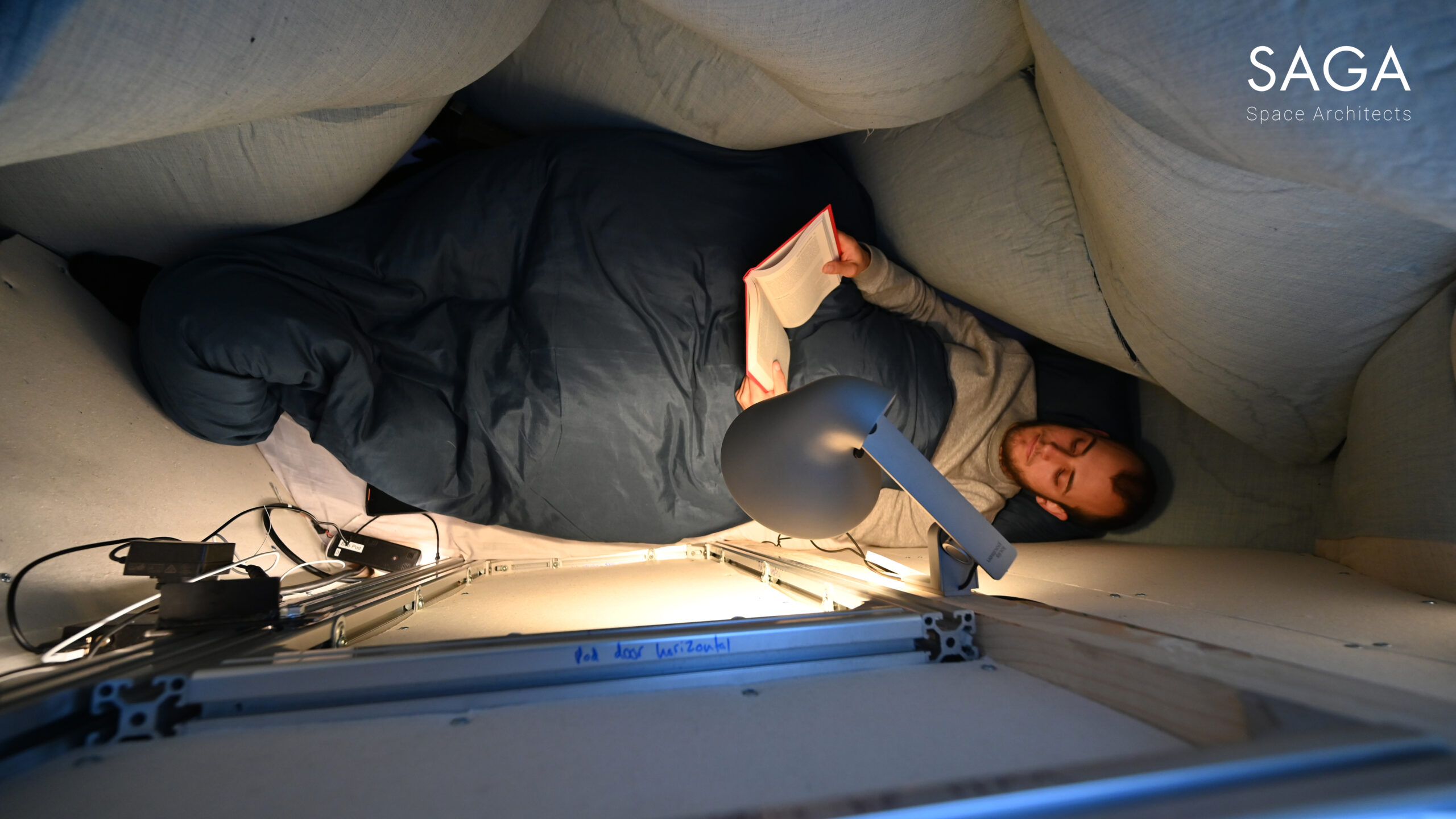 The idea was to create a living environment that could not only help humans to survive the conditions on the moon, but that would allow its inhabitants to thrive, by adding an element of hygge (the Danish word for cosiness) to its internal living space.

For example, there is coloured “circadian” lighting to imitate the changing light of night and day to help inhabitants sleep, as well as a “immersive soundscapes” and a vertical farm. 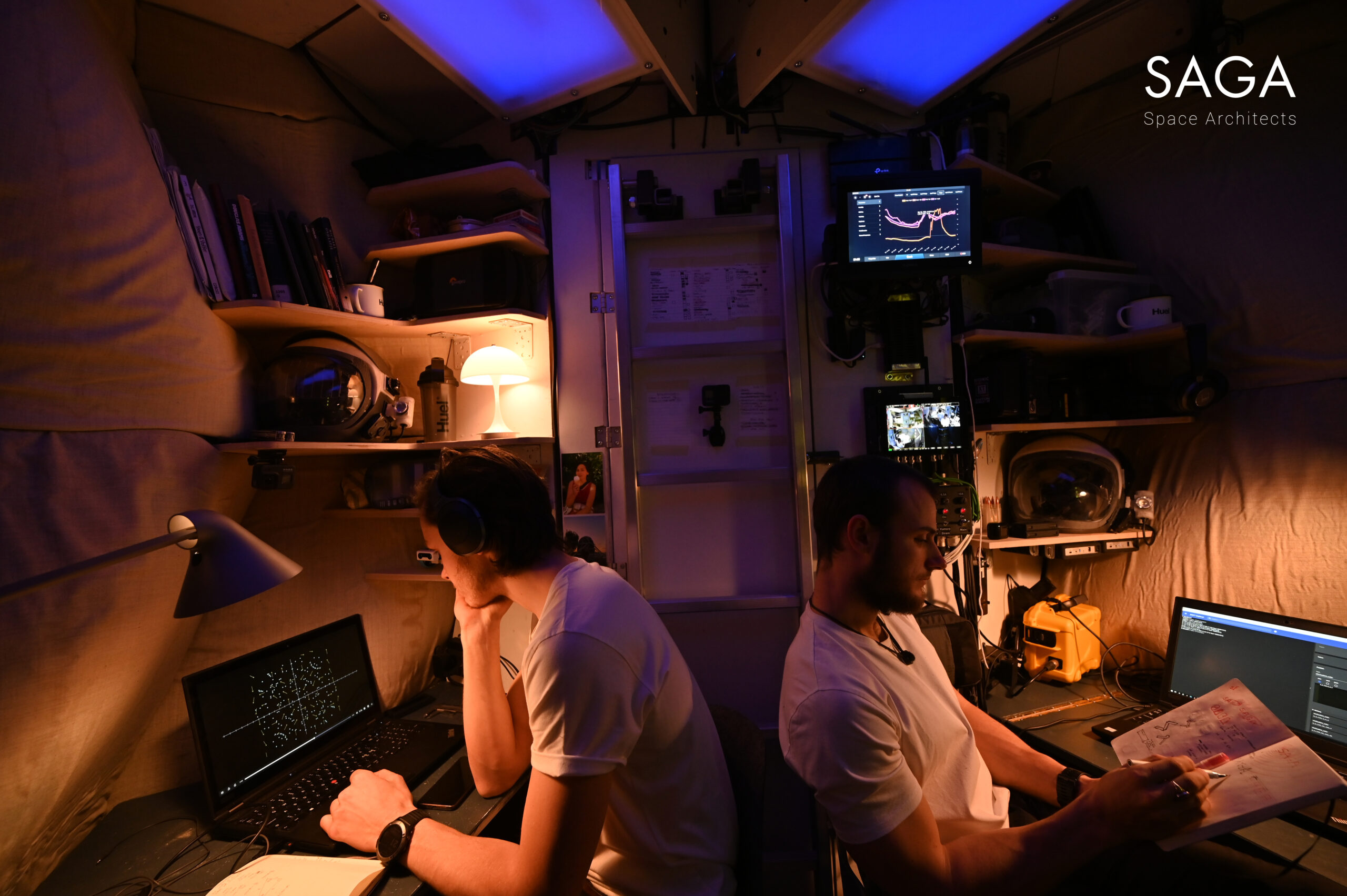 The company states that these will be essential for mental health: “In space, every day is the same; the food, the smell, the temperature. Your senses become numb, your cognitive abilities deteriorate. You quickly start to lose your sense of time”

The post-mission presentation from Aristotelis and Sorensen explains: “This experiment has led to the development of a radically different moon habitat where architecture helps to counteract monotony, claustrophobia and psychological stress. 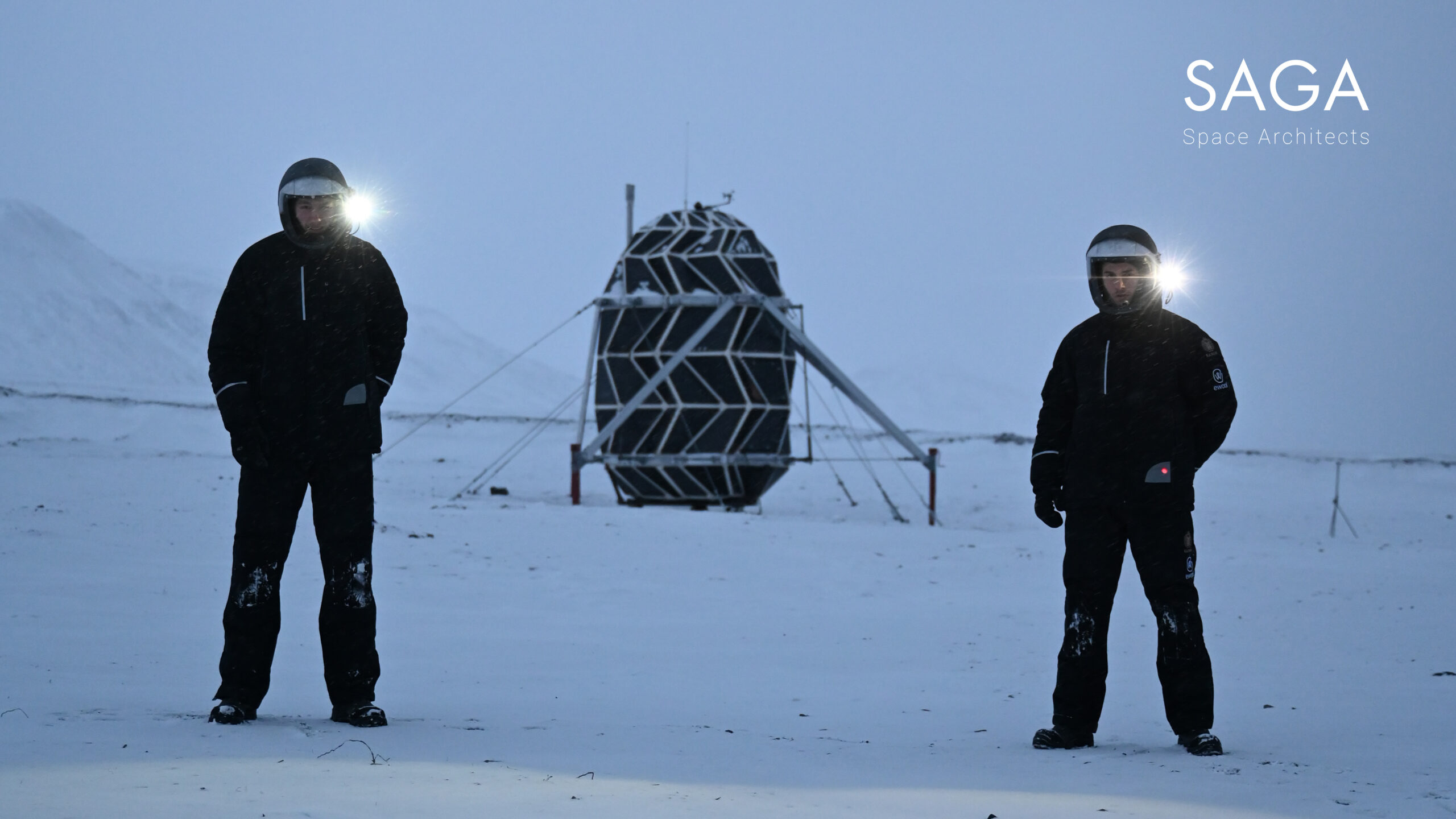 “We wanted to understand with our own bodies, what is truly important when living in isolation under these extreme conditions. As architects, we feel a certain responsibility for the lives of these future settlers, so we have taken it upon ourselves to fully immerse in the problem.” 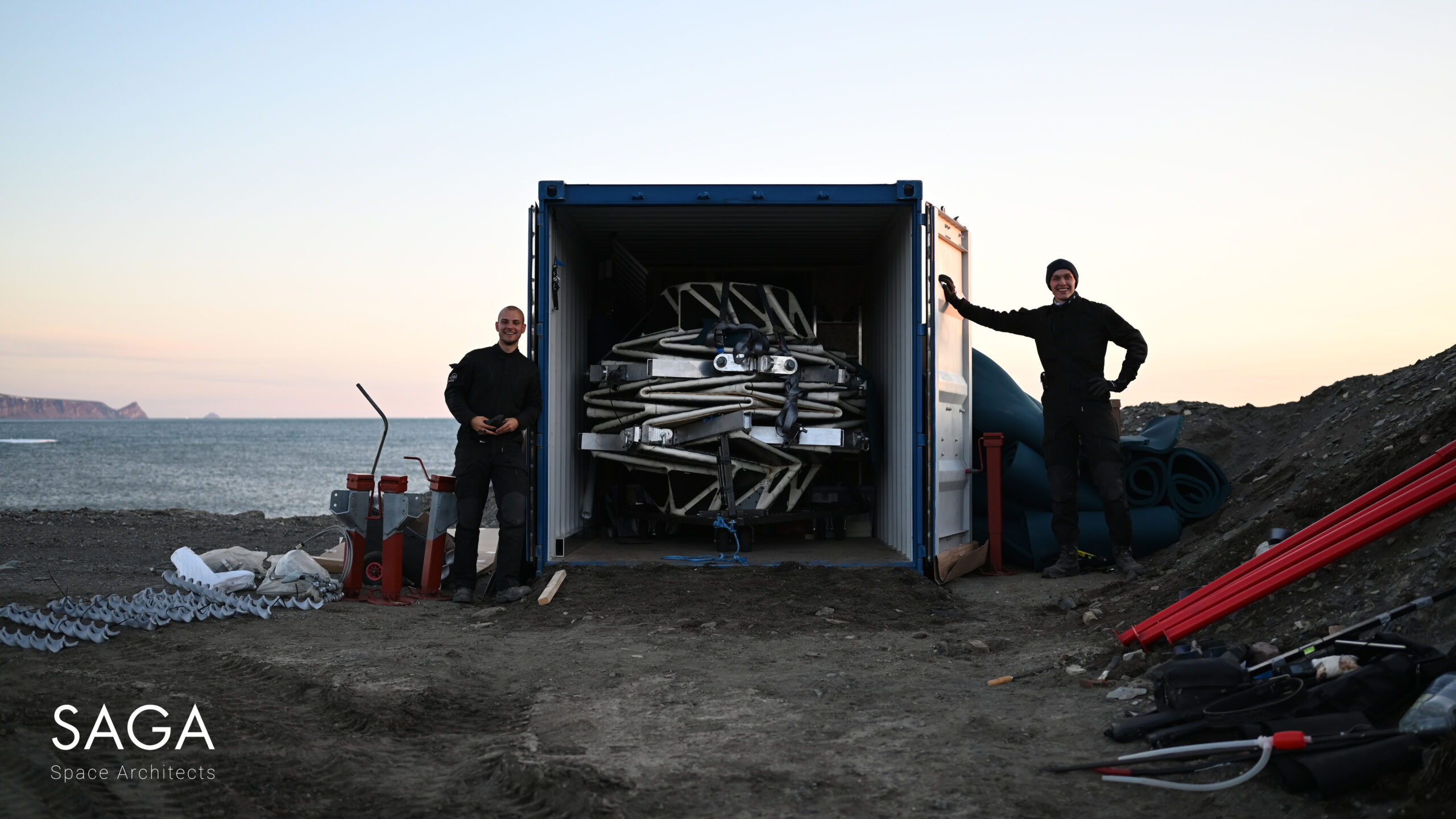 With an inner volume of 17.2 sqm, Lunark is designed to shelter two people at once. It is powered by a 1000 Ah solar-powered battery. It aspires to be a zero-waste shelter, leaving as little impact as possible on the environment.

Based on the principles of origami, the shelter folds down to fit within a standard shipping container, so it’s small enough to be transported via space rocket. When unfolded, it expands by 750 per cent to reach its full size.

Inside the unfolding pod, there is space for a 3D printer (for printing spare parts if needed), stowage for batteries and water, and a living algae farm. 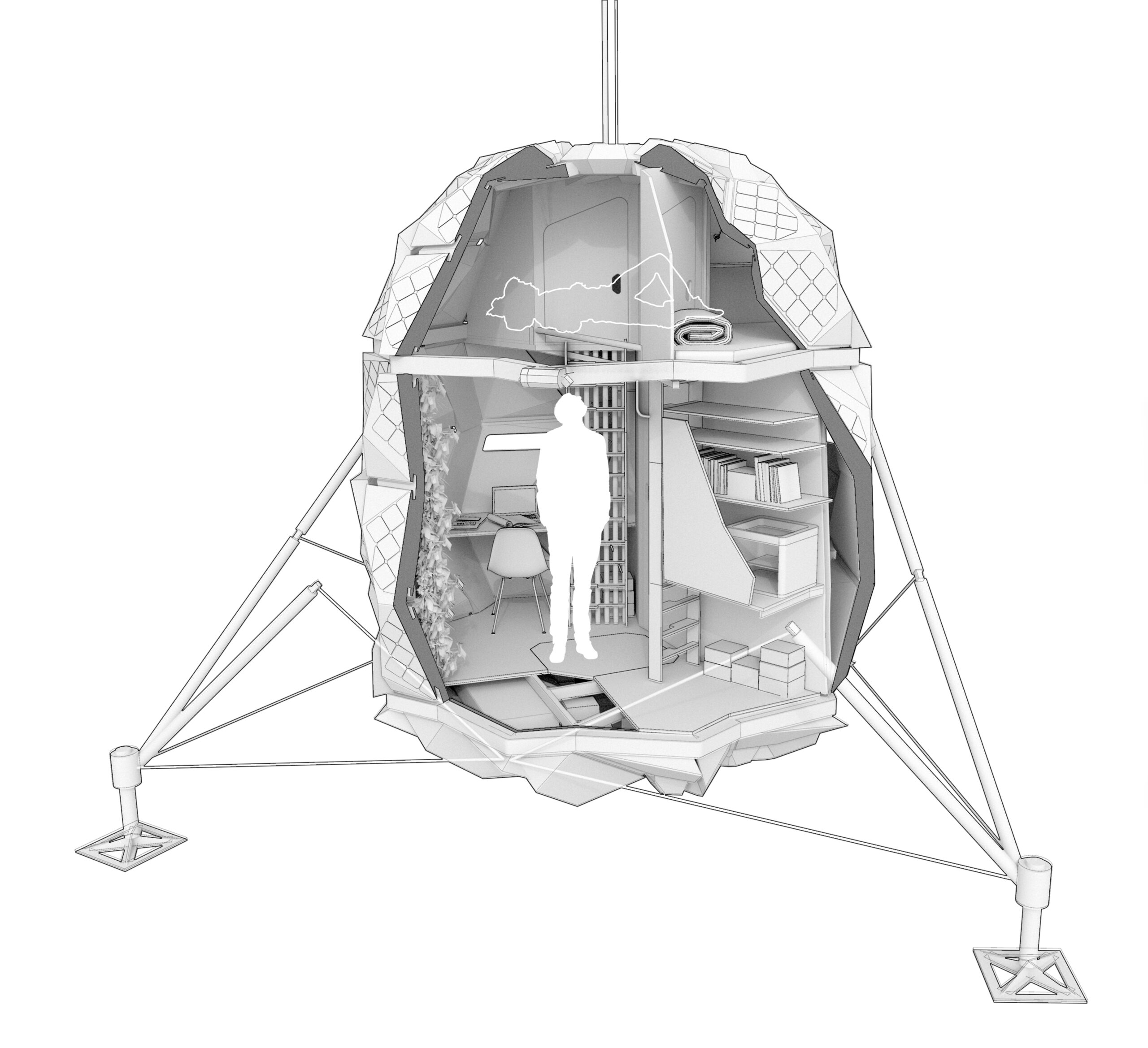 Lunark also has a series of in-built digital software systems, including a weather simulator to help break up the day-to-day monotony, and an algae reactor, to nurture and monitor a source of nutrition.

During their trial run of living in Lunark, Aristotelis and Sorensen were filmed for a six-part documentary about the shelter to share their discoveries and experiences, which will be released later this year.