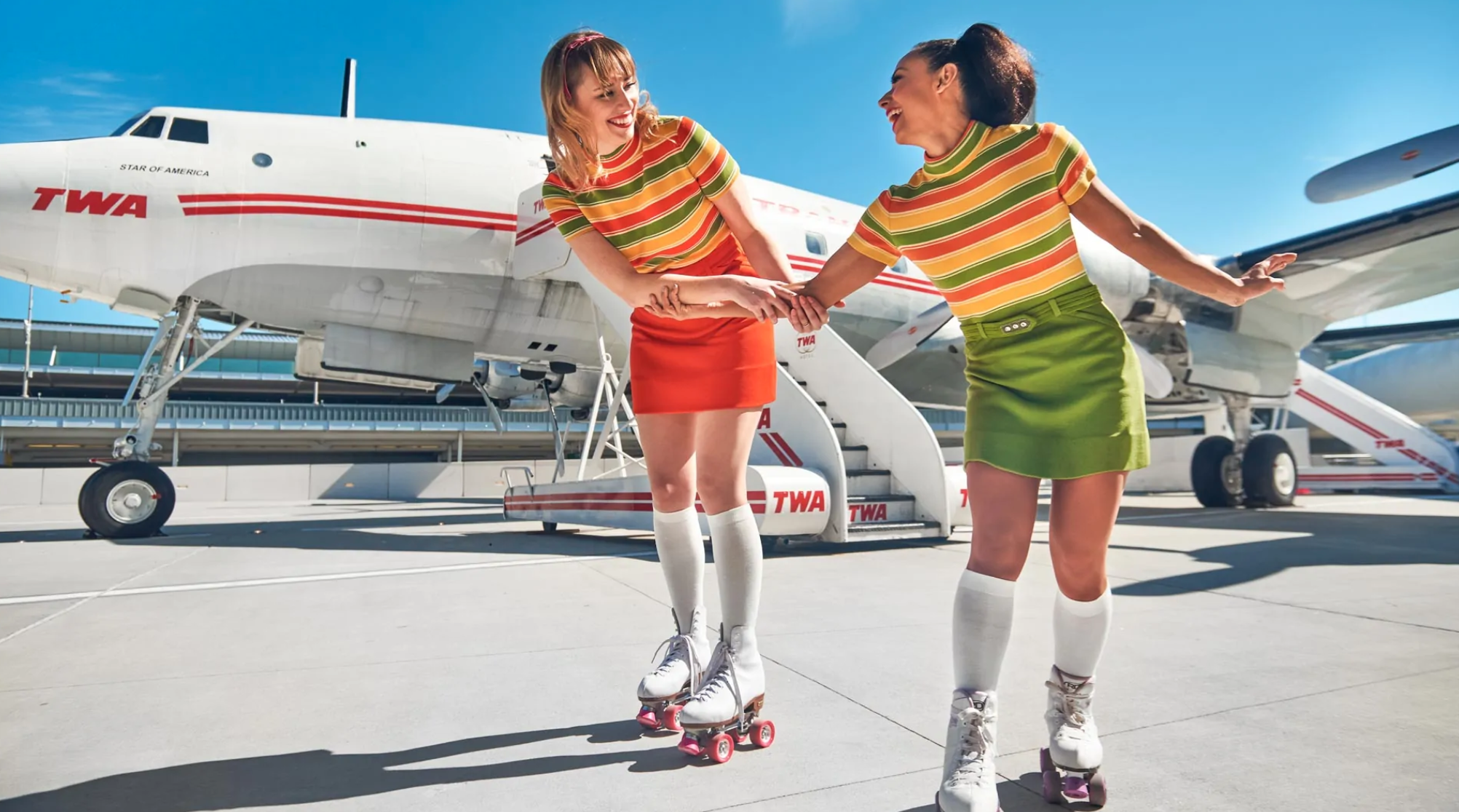 After opening in 2019, the retro-revival TWA Hotel at New York JFK airport has opened its own rollerskating rink, allowing visitors to glide around the tarmac. Jenny Southan reports

Unveiled this summer, the Roll-A-Rama skating rink is located outside the TWA Hotel (probably the coolest airport hotel in the world), close to the grounded 1958 “Connie” airplane that also happens to accommodate an onboard cocktail lounge. The property even has a heated rooftop pool for guests with views of aircraft taking off.

Weather permitting, Roll-A-Rama is open Fridays, Saturdays and Sundays, admission to Roll-A-Rama is US$20 per adult and US$16 per child under 12 (skate rentals are included). A single session is 50 minutes long and skaters can even take a spin on the tarmac around Connie.

Tickets are available on a first-come, first-served basis and cannot be purchased in advance. Occasionally the Roll-A-Rama hosts private events. Masks are required for unvaccinated individuals in keeping with current CDC protocols. 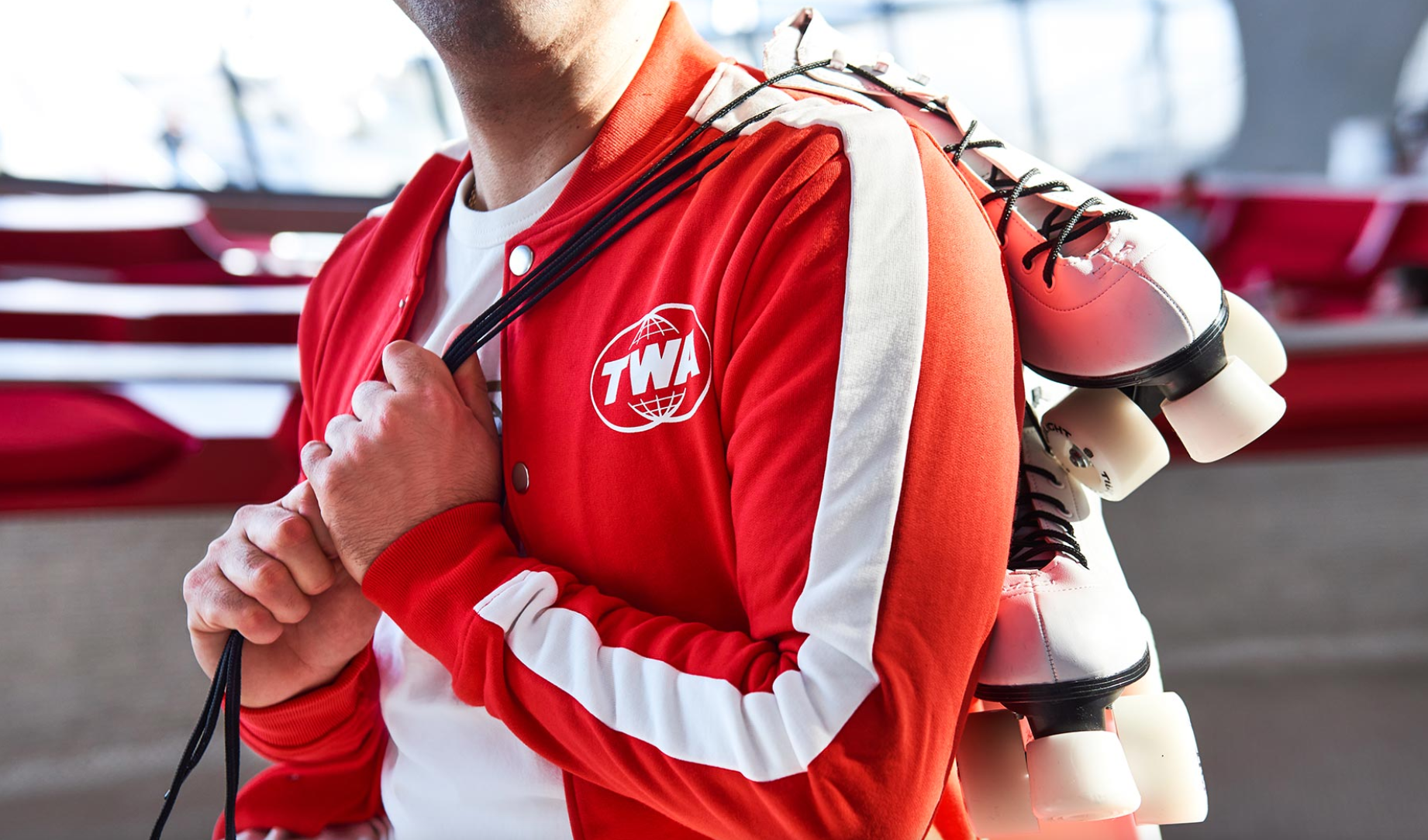 Before experiencing a new lease of life at the TWA Hotel, the Eero Saarinen-designed building it now occupies was an airport terminal for Trans World Airlines, which operated from 1930 to 2001.

The eye-catching TWA Hotel is further evidence that airports are becoming destinations in themselves – in this case, other standout features include the Paris Café by Jean-Georges, a bar dedicated to serving 1960s one-calorie cola drink Tab, a store selling TWA memorabilia and a 10,000 sq ft gym with Peloton machines.

The highlight, though, has to be the Connie Cocktail Lounge that seats up to 75 people. After being retired from TWA, it served as an Alaskan bush plane shuttling supplies to Prudhoe Bay and a “marijuana dropper”, apparently. 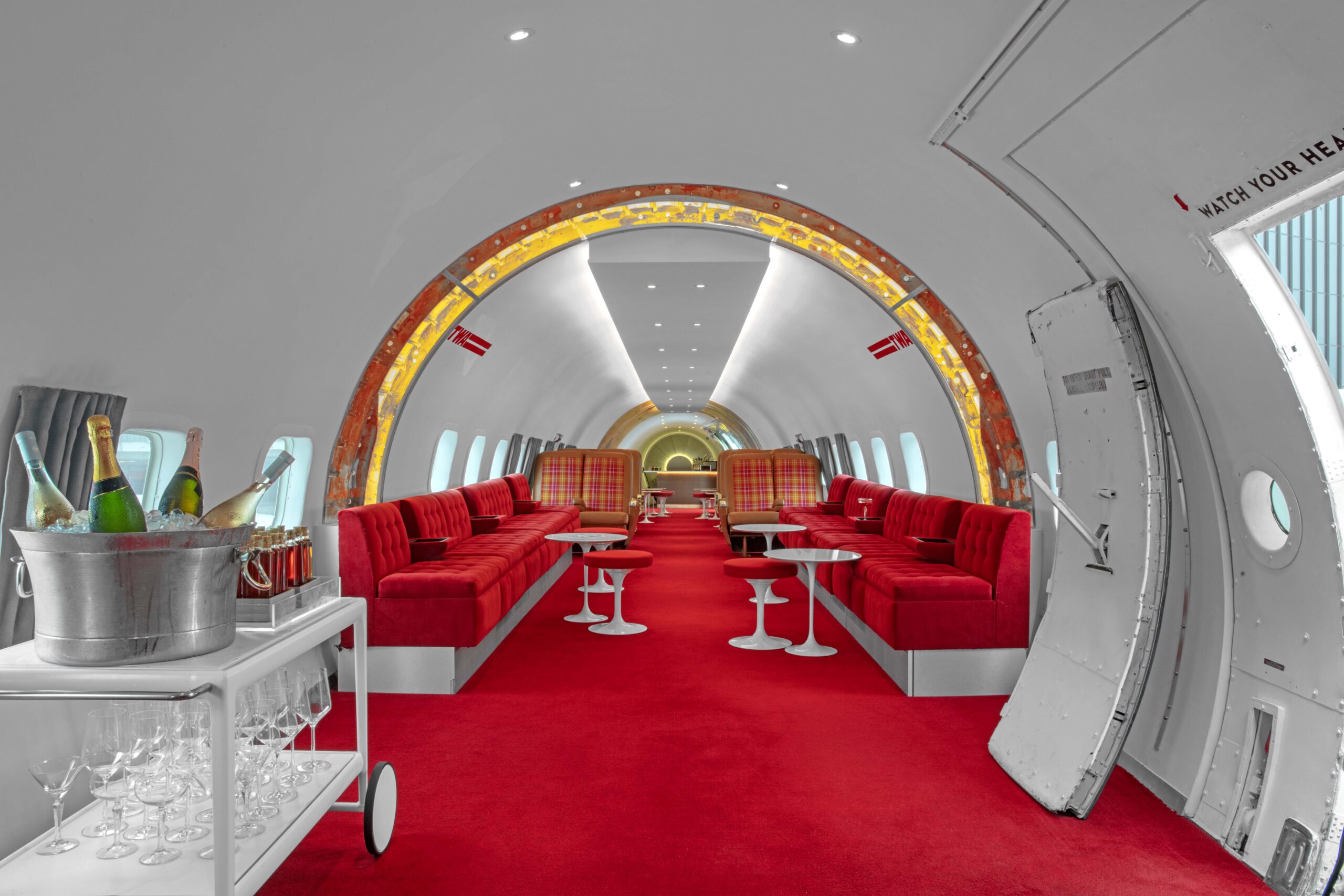