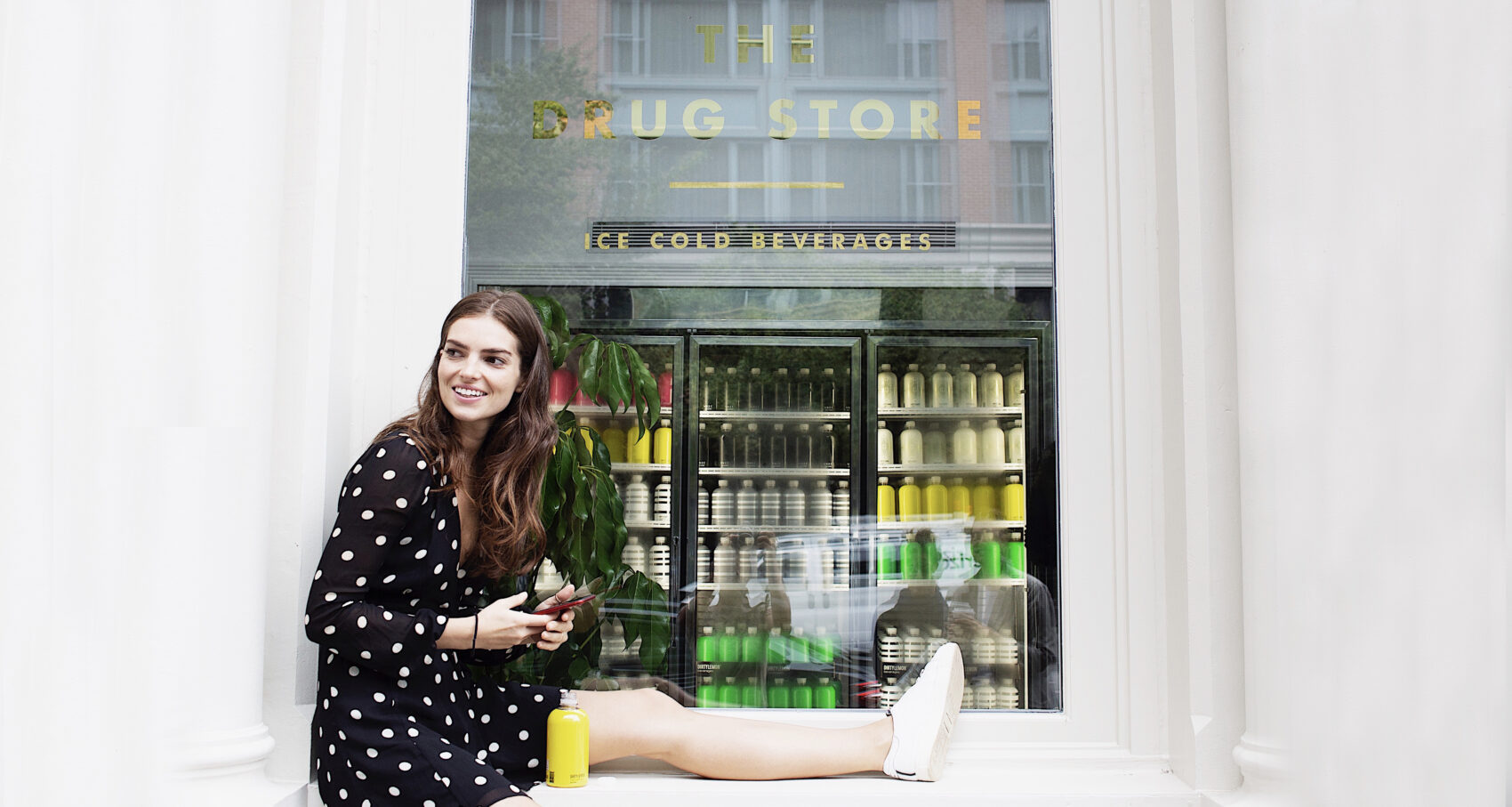 Opened in Tribeca in September 2018, the Drug Store in New York is a high-tech health drink store where customers help themselves to what they want and walk out. There are no cashiers. Instead, they are invited to pay by SMS. Jenny Southan reports

Applying the honour bar concept to retail, the Drug Store believes in the inherent goodness of people to do the right thing. There is nothing to stop people taking a bottle of Dirty Lemon chromium “thermogenic elixir” and not paying for it but so far the system has not been abused.

Since opening, 10,000 people have entered the shop but less than 5 per cent of the stock has been stolen.

How does it work? Customers walk in the Drug Store – heat monitors in the doorway keep count of how any bodies have passed through. People then help themselves to a drink from the fridge, where RFID tags monitor what is being taken. 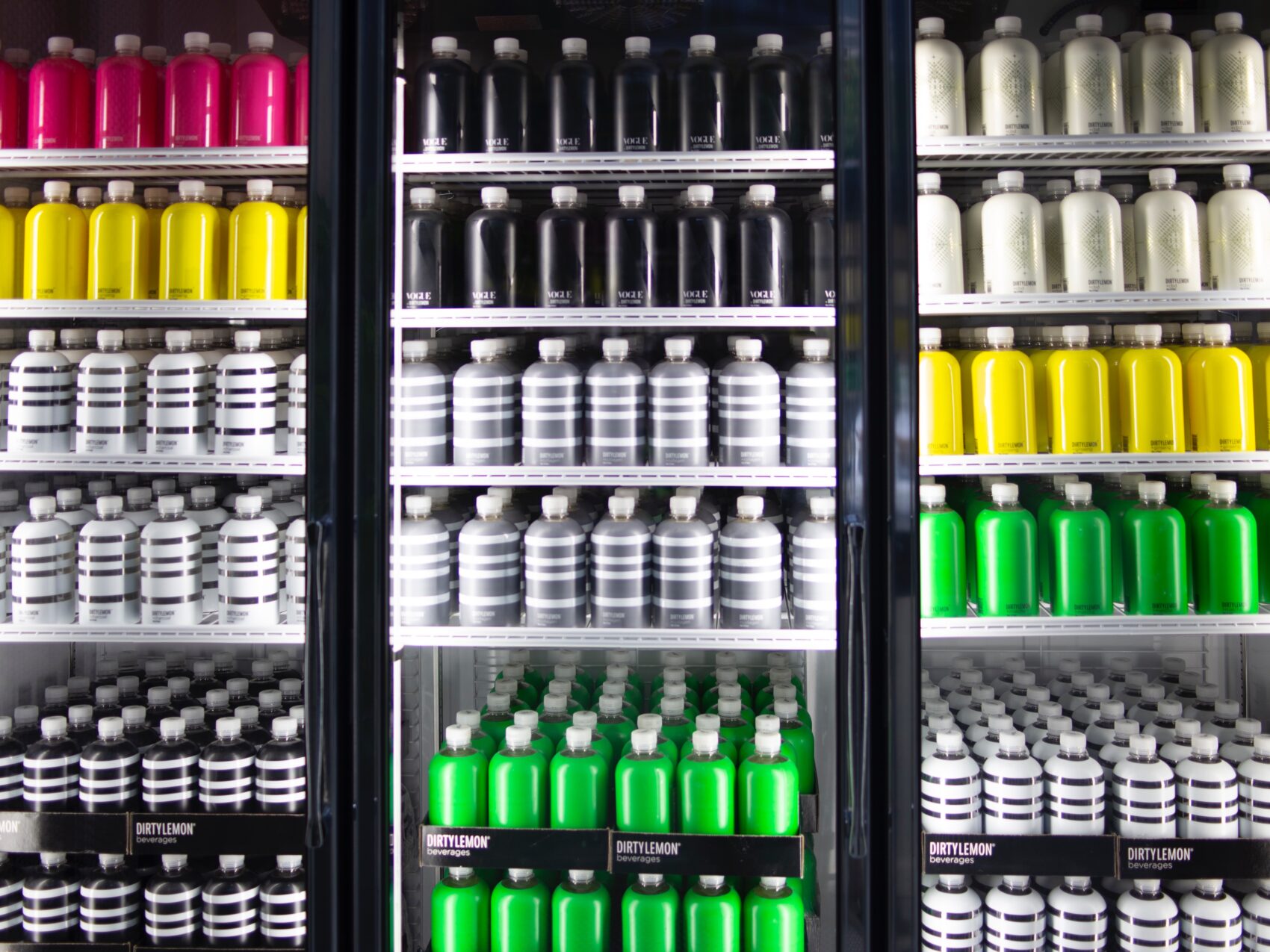 After, buyers send a text message to 917 588 0640. From there, a 24-hour customer service representative will respond within five minutes and charge the credit card linked to the customer’s phone number. First-time buyers will be prompted to set up an account.

The concept has been delivered by Iris Nova, a beverage brand start up that employs a proprietary SMS-based conversational commerce (c-commerce) platform to sell its products.

At the moment it only stocks Dirty Lemon drinks (flavours include matcha, ginseng, rose, charcoal and turmeric) but another two brands are in development for this year. It also says it is allocating a portion of recent funding from Coca-Cola to invest in early stage beverage brands, which it will also distribute at the Drug Store.

According to a report from Think Google, 52 per cent of teenagers spend at least three hours a day instant messaging, so conversational commerce comes naturally. More than half also “mostly” use their smartphone to make purchases.

By 2020, Gen Z will make up 40 per cent of consumers worldwide so ignoring ways they prefer to pay is perilous. 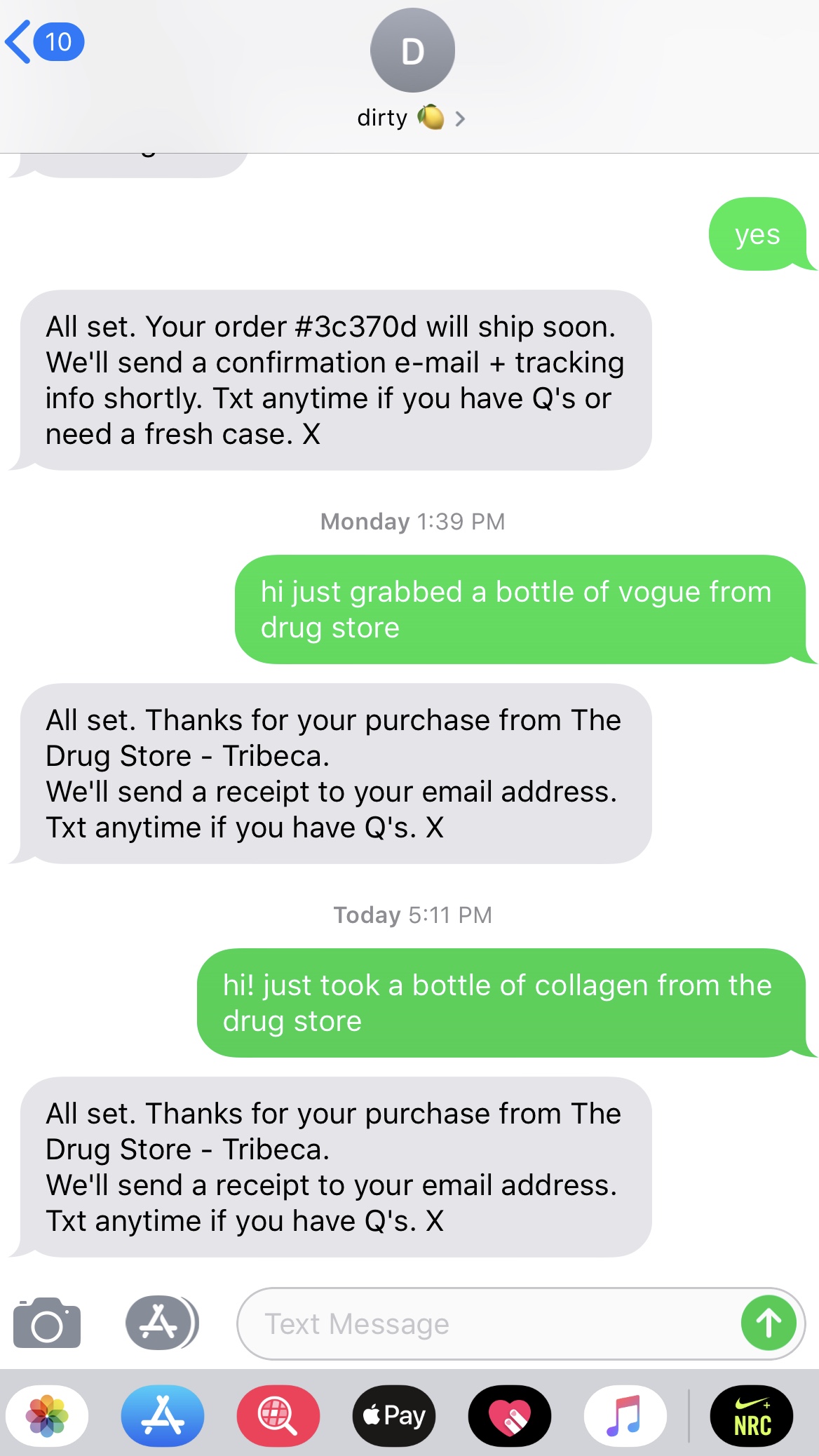 As AI develops, chat bots will become more capable and c-commerce will rise in popularity. In the case of the Drug Store, by placing trust in customers not to steal, it also builds brand loyalty.

What are the benefits for companies? Iris Nova says: “C-commerce blends natural conversation and consumption data, giving us a powerful ability to formulate and deliver innovative beverage products without the shelf-space constraints that currently plague the traditional beverage industry.”

This spring, Iris Nova is also opening a full cocktail bar behind the the Drug Store.