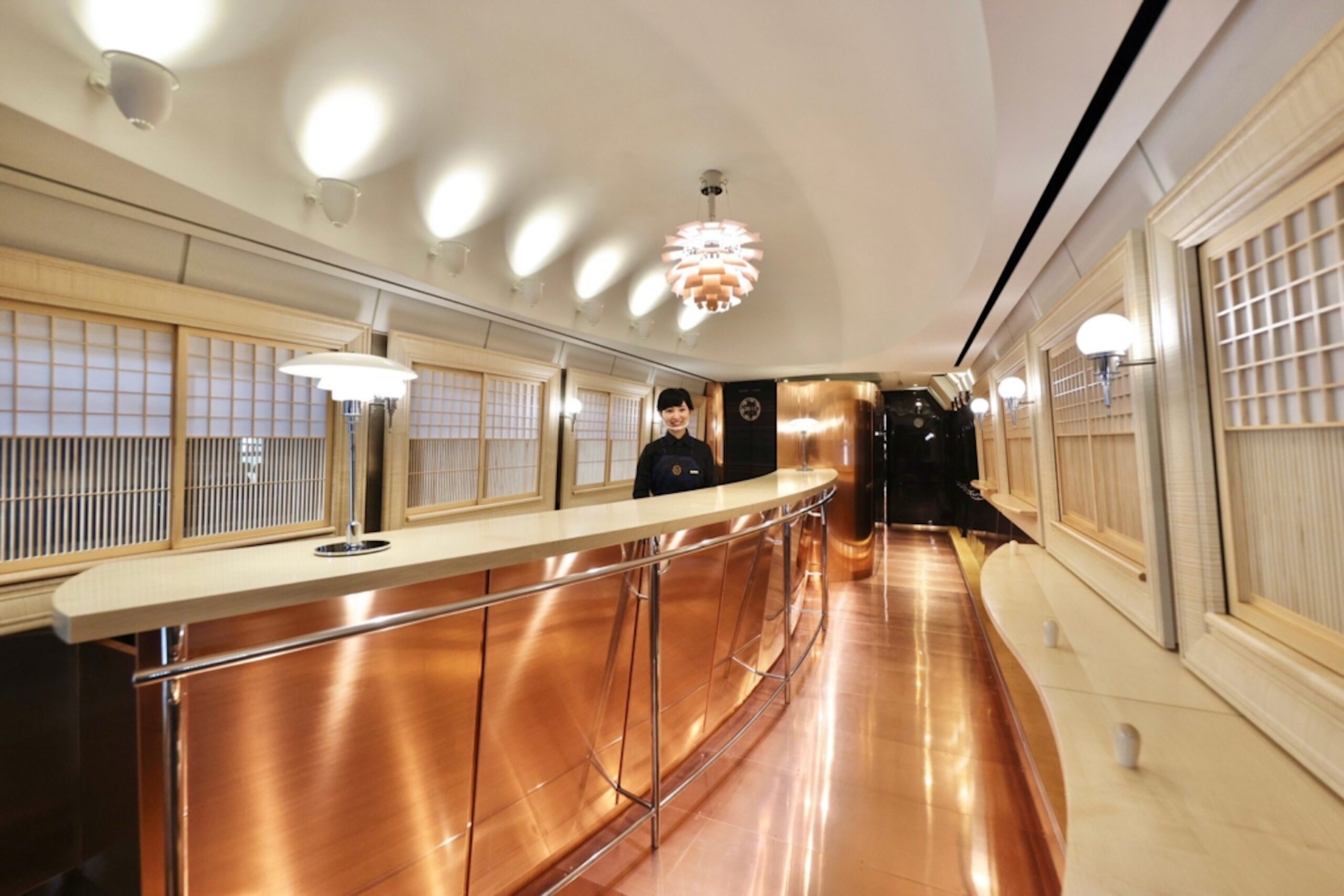 The ’36+3′ electric train from JR Kyushu follows five sub-tropical, scenic routes around Japan’s third-largest island of Kyushu. On board, Wagyu beef and seafood are served at the bar. Rose Dykins reports

Japan Railways Kyushu (JR Kyushu) has debuted its exquisite “36+3” electric train, which travels along five routes that circle the perimeter of Kyushu.

The island is known for its natural beauty and stunning views. It is home to Mount Aso – the country’s biggest active volcano – as well as hot springs and azalea flowers that blossom in spring.

Kyushu is also where it’s possible to ride JR Kyushu’s famous 14-suite Seven Stars sleeper cruise train, one of the world’s most luxurious trains. Formerly a 787 express train, 36+3 has been renovated by the same designer behind Seven Stars, but offers day trips rather than over-night stays, and can carry 105 people at once. 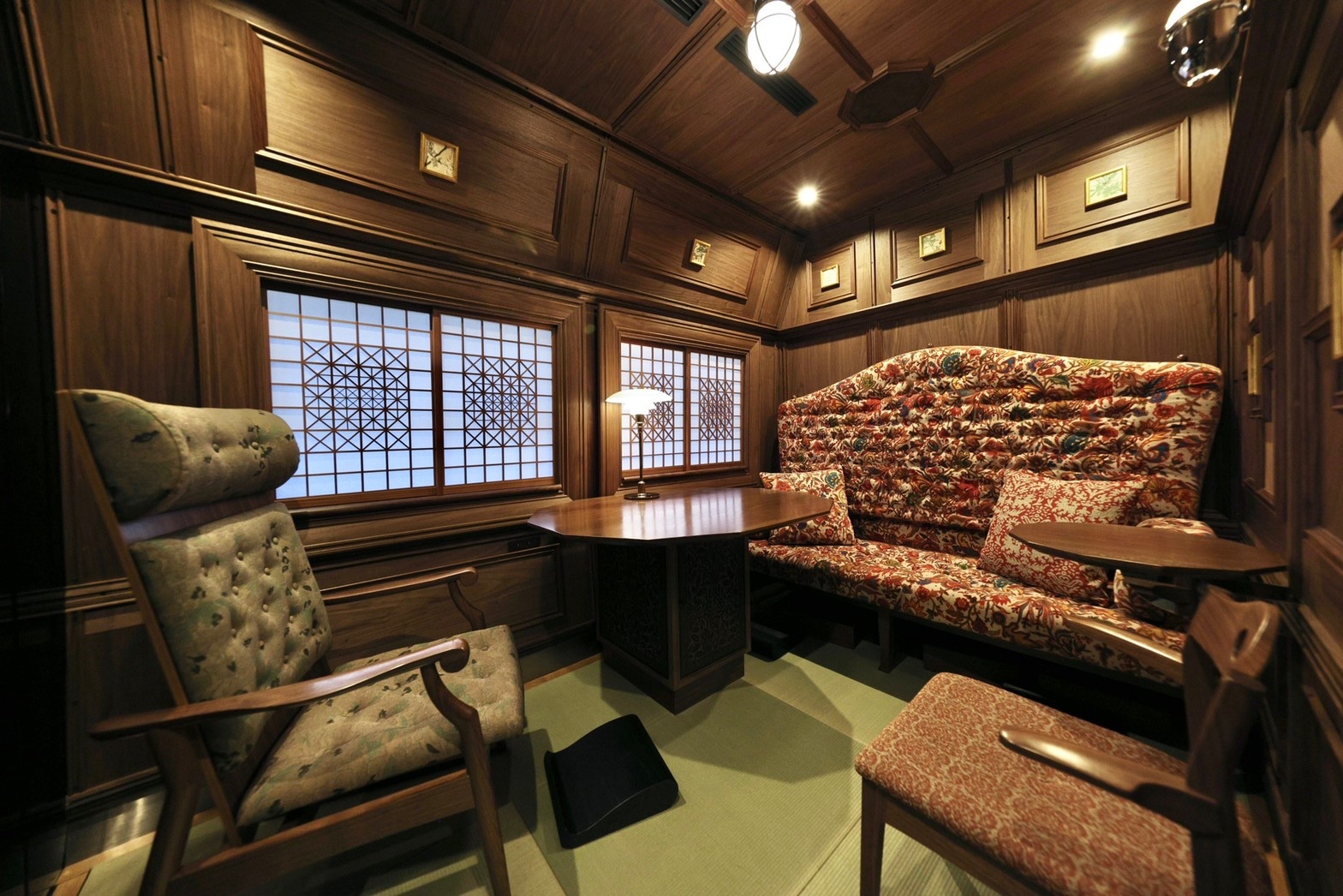 The five routes travelled by 36+3 form a circuit around Kyushu island, stopping at each of its seven prefectures. The train operates from Thursday to Monday each week, traversing one of the five different journeys each day.

The name 36+3 comes from the fact that Kyushu is the 36th-largest island in the world, with the number three representing the coming together of JR Kyushu, Kyushu locals and customers.

The interiors of 36+3 combine modern Western and classic Japanese features, such as shoji screen doors and okawa kumiko latticework – which comes from Kyushu’s Fukuoka prefecture. 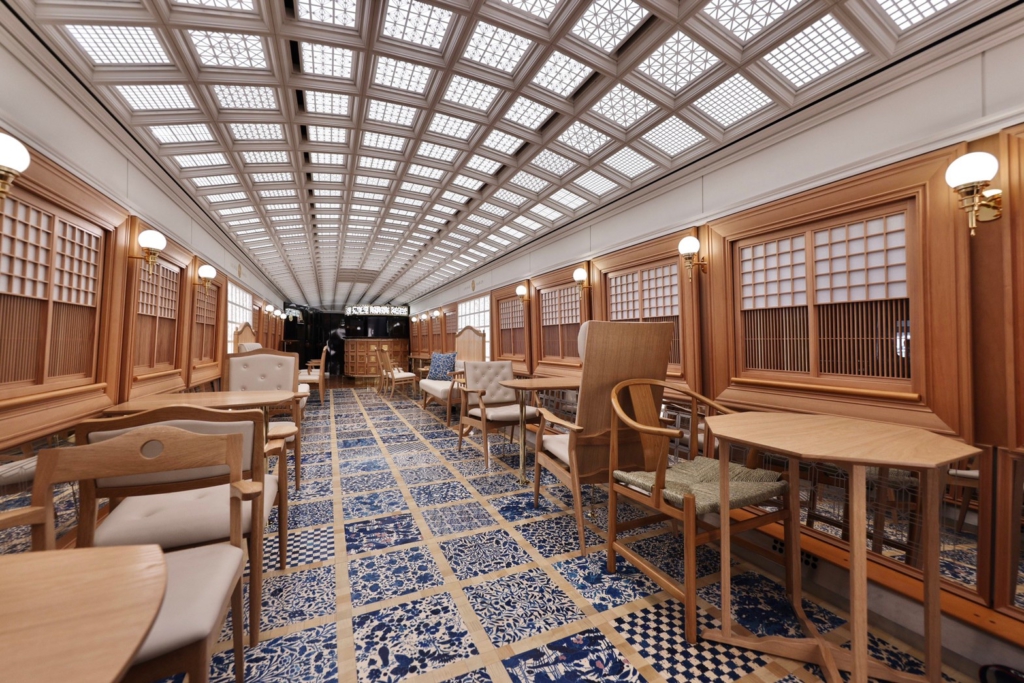 The train’s first two cabins have 13 private compartments with couches and tables for up to six people. In the third cabin, drinks and snacks are served at the bar, including sake and local cuisine, such as Wagyu beef and seafood dishes.

The fourth cabin has a lounge decorated with an arched latticework ceiling and tables for dining. Finally, cabins five and six have regular seating combined with tatami mat floors crafted from the island’s rush grass (passengers must remove their shoes before entering). 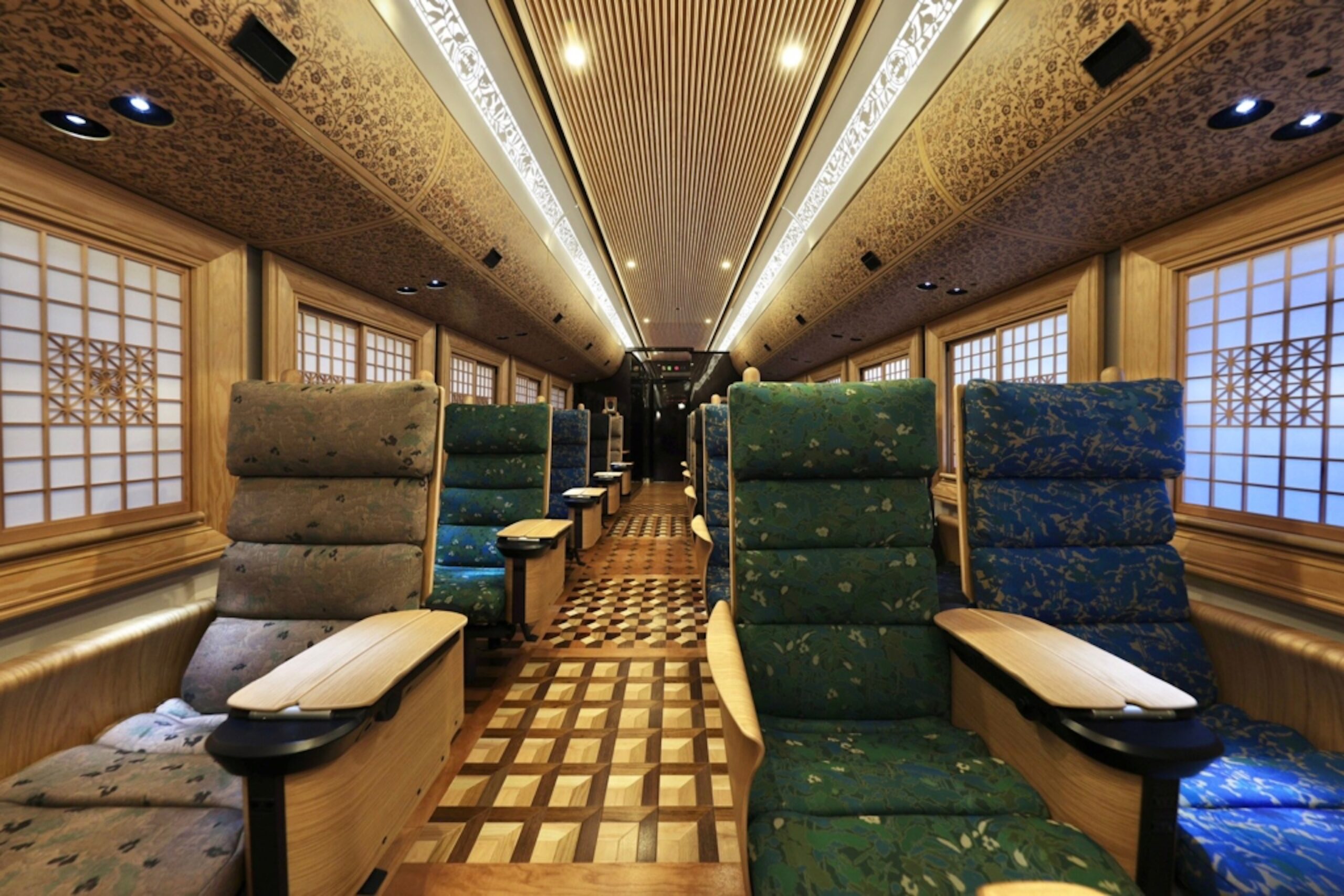 Depending on the day of the week, 36+3 travels one of its five Kyushu routes. On Thursdays, the train departs from Hakata (in the north of the island) and travels down the west coast, offering East China Sea views along the way.

On Fridays, it runs along the south of Kyushu from Kagoshima-Chuo to Miyazaki Airport, stopping off at Osumi Okaware Station for lunch. From here, passengers can take in views of Kinko Bay and the Sakurajima volcano.

Saturdays see 36+3 travel along the island’s eastern coast to Beppu, stopping at Saiki City, known for its black tea and chestnut jam. On Sundays, the train leaves Beppu and heads along Kyushu’s northern coastline, with views of Beppu Bay on wine side, and the mountains of the Oita Prefecture on the other.

On Mondays, 36+3 takes transports passengers from Hakata station to the city of Nagasaki, stopping off at a historic town celebrated for its sake breweries.