The Virgin Galactic team has welcomed the company’s first SpaceShip III, the VSS Imagine, part of a class of vehicles built for improved performance in terms of maintenance access and flight rate.

A giant leap for Virgin Galactic’s innovation in design and astronaut experience, Imagine’s efficient design and production is matched by a “breakthrough” livery, finished entirely with a dynamic, mirror-like material designed to “wow” as well as provide thermal protection.

“The livery is pretty amazing,” Virgin Galactic CEO Michael Colglazier told Robb Report. “It creates quite a contrast between the Earth and sky. It also reflects the planet when we’re in space.” 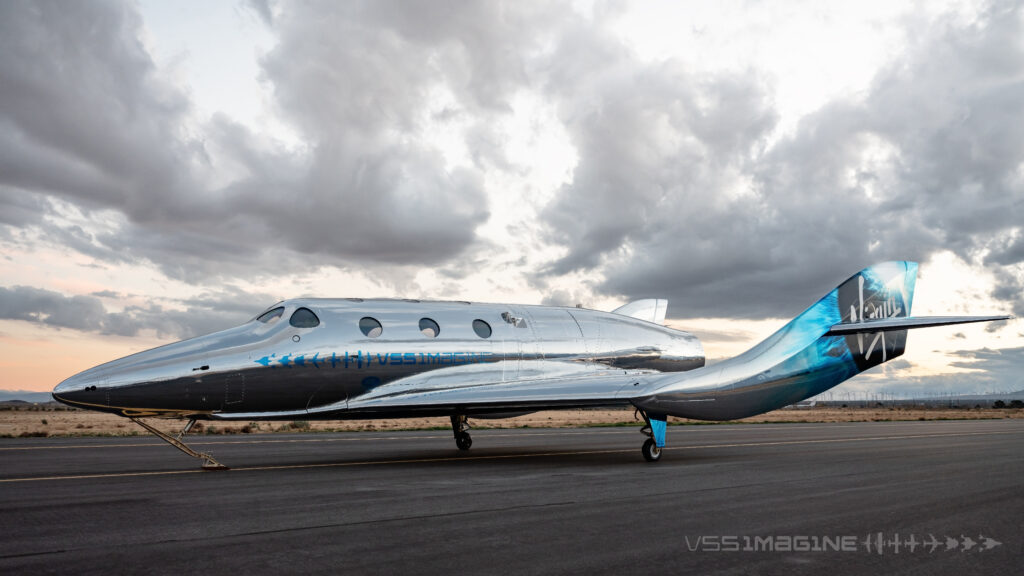 A cool new skin is not the only improved feature that Imagine has on its predecessor, Unity.

“Imagine is a modular design, whereas the last generation spaceship Unity was literally built in place as a demonstrator,” continues Colglazier. “The modular design allows for a faster number of turns from the spaceport into space.”

It’s hoped that by implementing this type of design, future classes of ships will be able to be produced at a lower cost, rather than built as custom vehicles (as seen in the first and second generations), as Virgin Galactic works to scale the business for the long-term. 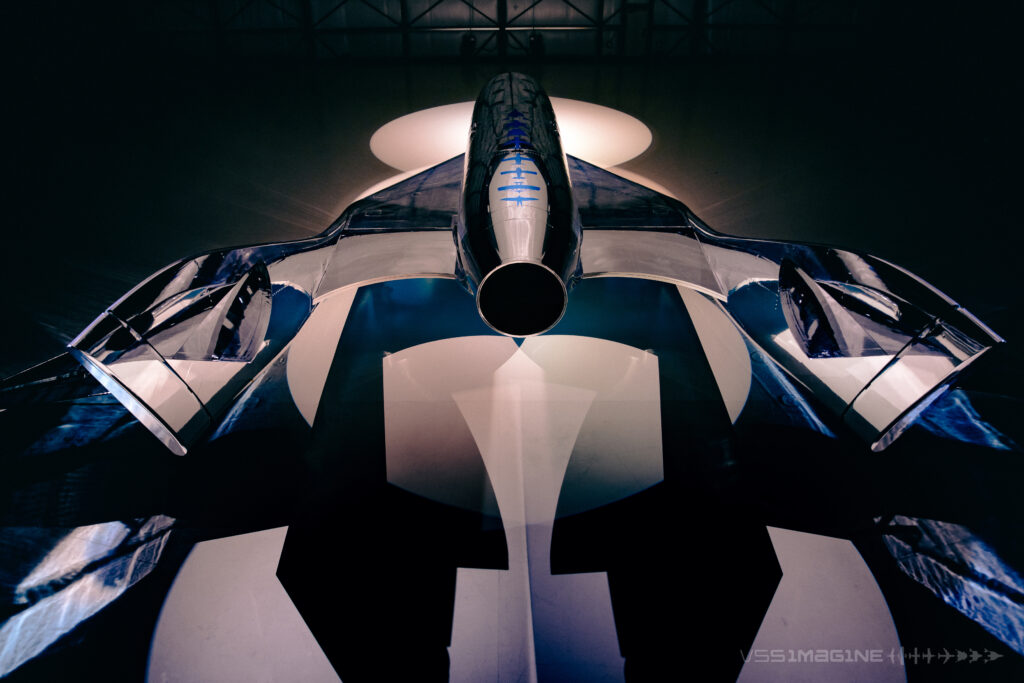 As “glide flights” on VSS Imagine get underway from Spaceport America in New Mexico this summer, manufacturing will begin on Imagine’s sister ship, VSS Inspire.

This second SpaceShip III vehicle within the Virgin Galactic fleet will help to lay the foundation for the design and manufacture of the fourth generation vehicles, slated for commercial use in 2022.

Richard Branson, founder of Virgin Galactic, says: “Virgin Galactic spaceships are built specifically to deliver a new, transforming perspective to the thousands of people who will soon be able to experience the wonder of space for themselves.

“As a SpaceShip III class of vehicle, Imagine is not just beautiful to look at, but represents Virgin Galactic’s growing fleet of spaceships. All great achievements, creations and changes start with an idea. Our hope is for all those who travel to space to return with fresh perspectives and new ideas that will bring positive change to our planet.’’

The introduction of the Spaceship III class of vehicles is an important milestone in Virgin Galactic’s effort to fly 400 flights per year, per spaceport.