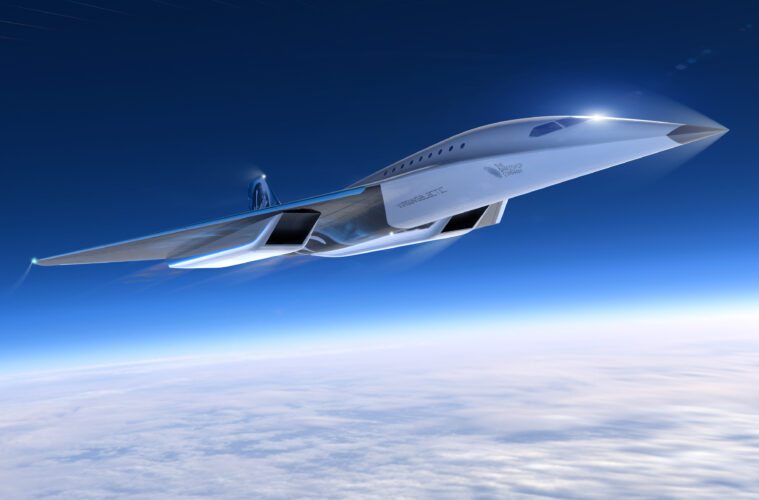 Virgin Galactic has signed a deal with Rolls-Royce to develop a new supersonic aircraft that can fly faster than the speed of sound. Sam Ballard reports

Virgin Galactic and the Spaceship Company, Virgin’s advanced air and space vehicle manufacturer, has taken a giant leap towards launching a Mach 3 (Mach 1 is the speed of sound) aircraft after it signed a memorandum of understanding (MoU) with Rolls-Royce.

The non-binding deal with the British manufacturer will see the two companies collaborate on the design and development of engine propulsion technology for high-speed commercial aircraft, according to a release.

While plans are at an early stage, Virgin did reveal that the new aircraft will have capacity for nine to 19 people, incorporating custom cabin layouts such as business or first class seating arrangements.

The aircraft will be capable of flying at an altitude of 60,000ft and provisions are also being made for it to run on sustainable aviation fuel. 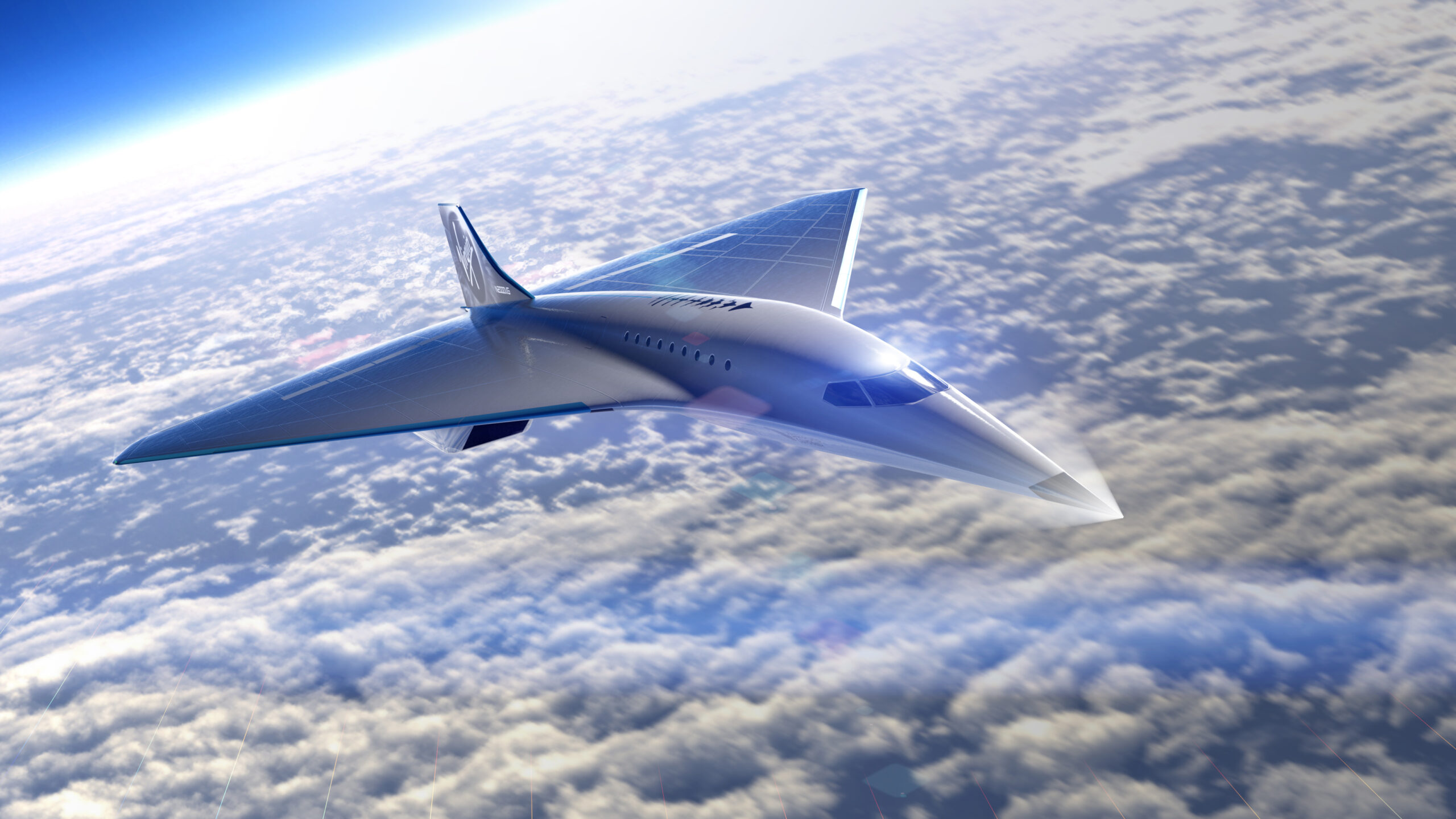 Virgin Galactic’s MoU with Rolls-Royce follows the completion of the project’s Mission Concept Review (MCR), a piece of work that helped create a certification framework alongside approval from the Federal Aviation Administration’s Center for Emerging Concepts.

The MCR included representatives from NASA after it signed a Space Act Agreement with Virgin.

George Whitesides, chief space officer, Virgin Galactic, says: “We are excited to complete the Mission Concept Review and unveil this initial design concept of a high speed aircraft, which we envision as blending safe and reliable commercial travel with an unrivalled customer experience.

“We are pleased to collaborate with the innovative team at Rolls-Royce as we strive to develop sustainable, cutting-edge propulsion systems for the aircraft, and we are pleased to be working with the FAA to ensure our designs can make a practical impact from the start. We have made great progress so far, and we look forward to opening up a new frontier in high speed travel.” 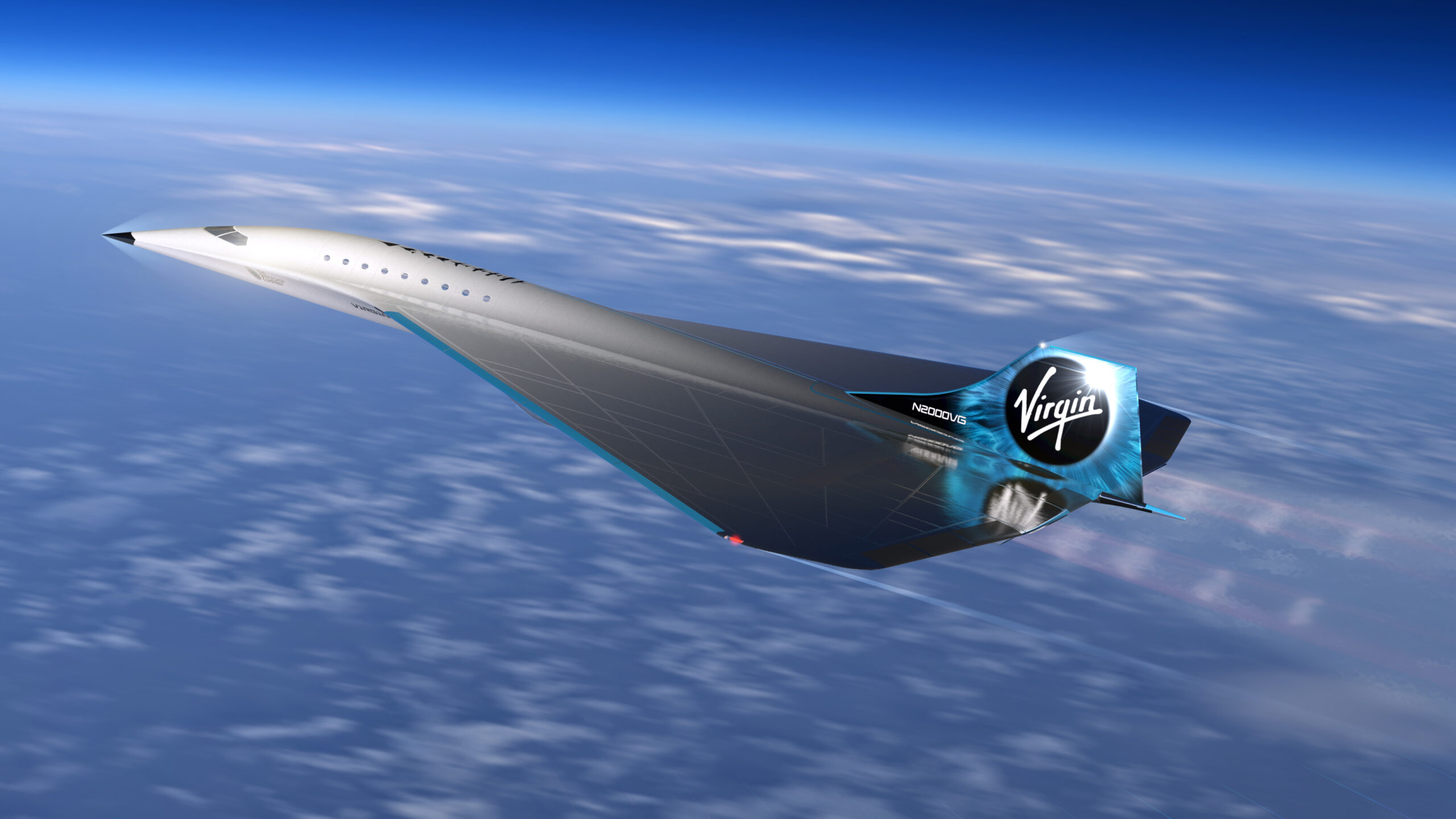 Rolls-Royce North America chairman and CEO, Tom Bell, says: “We are excited to partner with Virgin Galactic and TSC to explore the future of sustainable high speed flight. Rolls-Royce brings a unique history in high speed propulsion, going back to the Concorde, and offers world-class technical capabilities to develop and field the advanced propulsion systems needed to power commercially available high-Mach travel.”

The Mach 3 aircraft would be capable of using existing airport infrastructure, taking off and landing like any other passenger plane. Virgin would look to replace existing long-distance commercial aviation routes for those who could afford to make the flying time much shorter.

Supersonic 2.0 was one of the trends highlighted by Globetrender in the Future of Luxury Travel Forecast 2020-2025. Jenny Southan, founder of Globetrender, wrote: “It’s amazing to think that it has been almost 20 years since Concorde last flew (the final plane was retired in 2003).

“Usually we think of technological progress as being linear and exponential but in this instance, advances have stalled completely. However, at long last, this new decade will see the revival of supersonic flight.

“In the US, American start-up Boom Supersonic is developing a Mach 2.2 aircraft called Overture that will be able to fly 5,180 miles in one stretch, meaning it could take between 55-75 passengers from London to New York in just over three hours.”