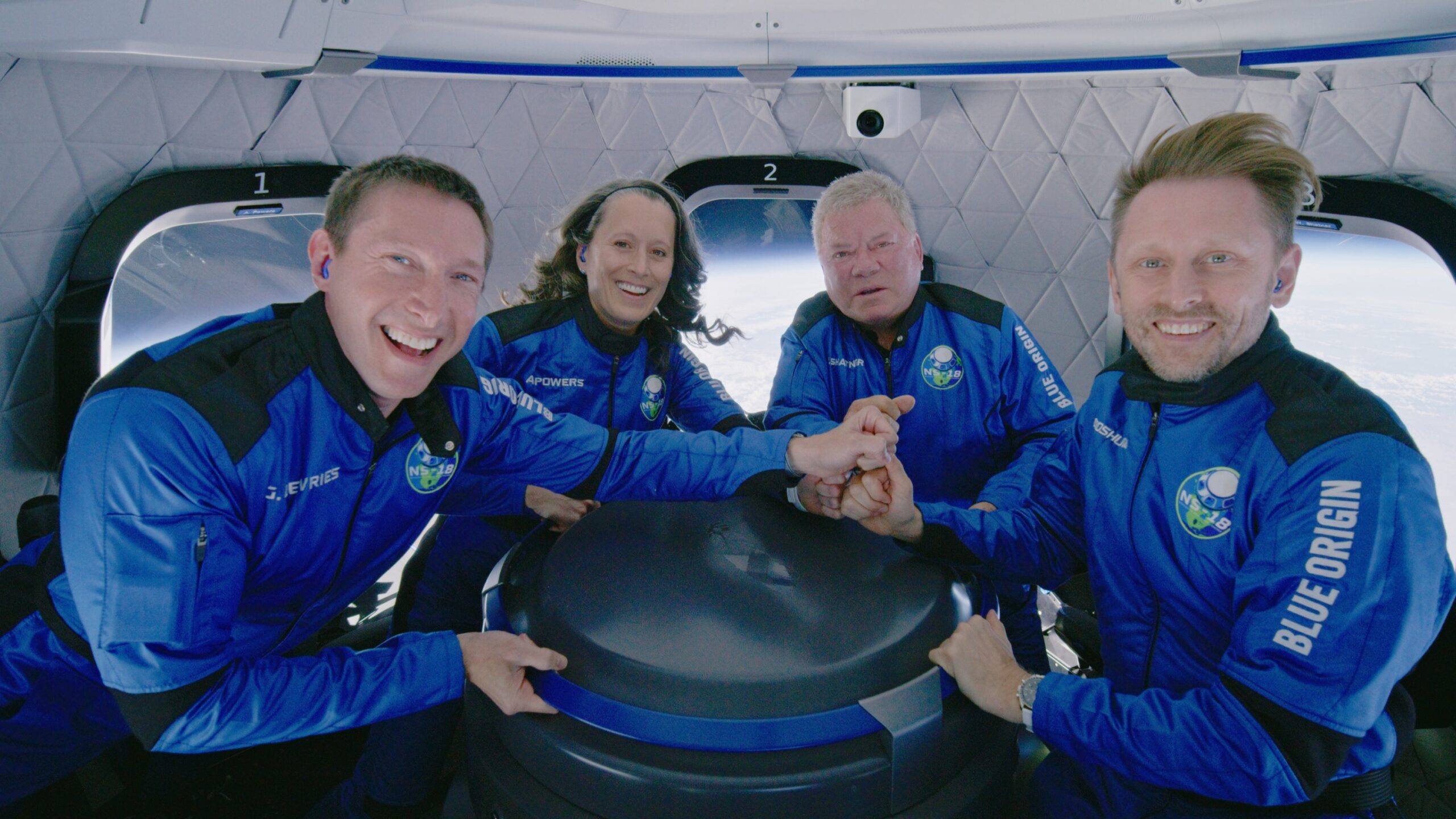 On October 4, actor William Shatner flew to the edge of space aboard Blue Origin’s New Shepard NS-18 rocket. Minutes after landing safely he spoke about his experience, shedding tears at the enormity of it. Jenny Southan reports

Ninety-year-old actor William Shatner, who originated the role of “Captain James T. Kirk” in 1966 for the television series Star Trek, has become the most recent space tourist to ascend to the heavens on a ten-minute sub-orbital joy ride with Blue Origin.

What he said to Blue Origin founder Jeff Bezos after landing in the West Texas desert is an example of the “Overview Effect”, which describes the sense of profundity and a cognitive shift in awareness that astronauts experience when going into space…

Shatner: “Everybody in the world needs to do this. Everybody in the world needs to see. It was unbelievable. Unbelievable. I mean, the little things, the weightlessness. But to see the blue color whip by, and now you’re staring into blackness. That’s the thing. The covering of blue is this sheet, this blanket, this comforter of blue that we have around.

“We think, ‘Oh, that’s blue sky.’ And there’s something you shoot through, and all of a sudden, as though you whip a sheet off you when you’re asleep, and you’re looking into blackness, into black ugliness. And you look down. There’s the blue down there and the black up there. And there is mother and Earth and comfort. And there… Is there death? I don’t know. Was that death? Is that the way death is? Whoop and it’s gone. Jesus.

“It was so moving to me. This experience has been something unbelievable. You see, yeah, you know, weightless. My stomach went up. I’m like, ‘God, this is so weird.’ But not as weird as the covering of blue. This is what I’ve never expected. Oh, it’s one thing to say, ‘Oh, the sky and the thing and the fragile…’ But it’s all true. But what isn’t true, what is unknown, until you do it, is this pillow. There’s this soft blue. Look at the beauty of that color. And it’s so thin, and you’re through it in an instant. It’s what… How thick is it? Do we know? 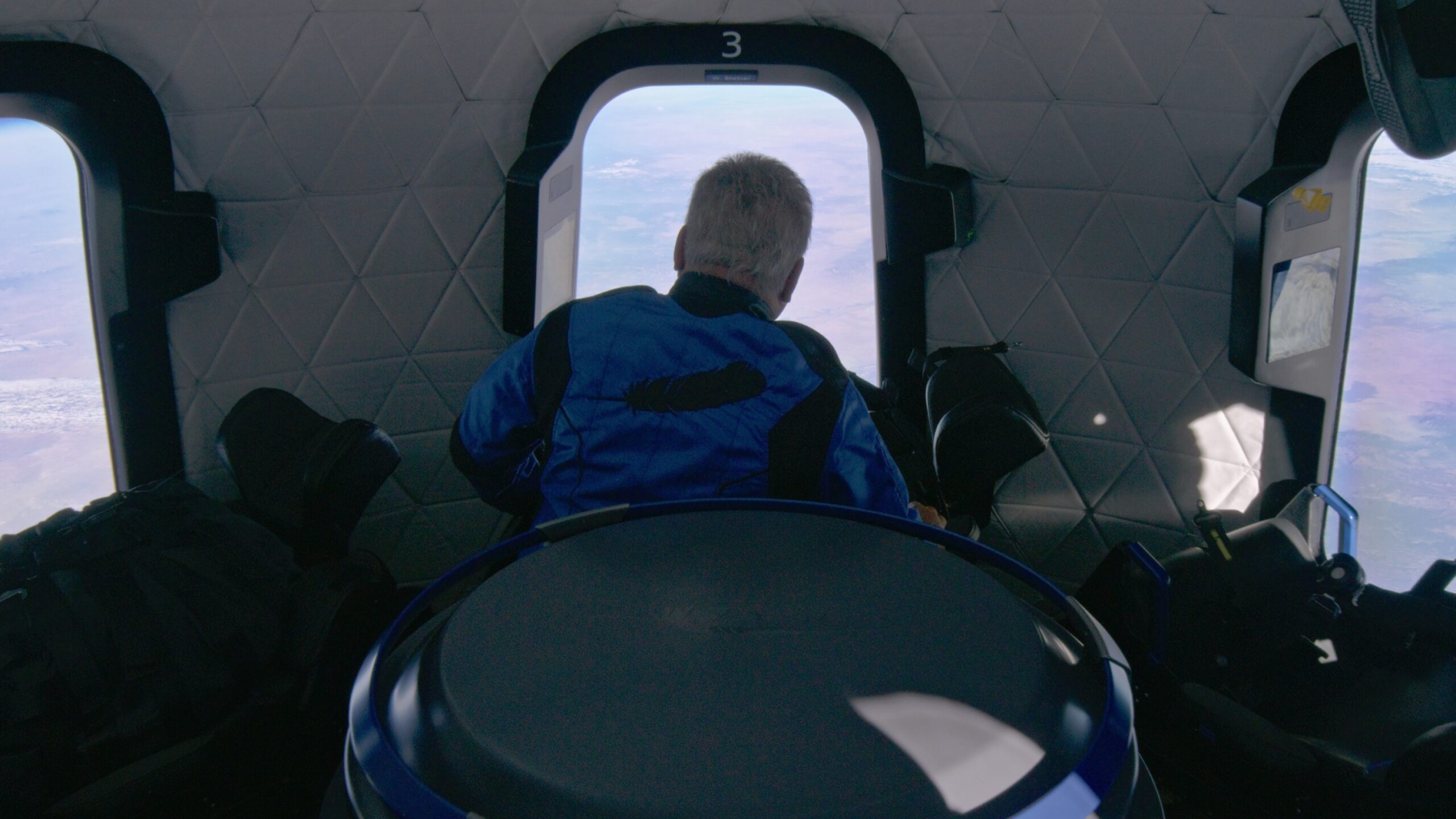 Bezos: “No. It depends on how you measure it, because it thins out, but maybe 50 miles.”

Shatner: “But you’re going 2,000 miles an hour. So you’re through 50 miles at whatever the mathematics says.”

Shatner: “It’s like a beat and a beat, and suddenly you’re through the blue.”

Shatner: “And you’re into black. It’s mysterious and galaxies and things. But what you see is black. And what you see down there is light, and that’s the difference. And not to have this? You have done something. I mean, whatever those other guys are doing, what isn’t… I don’t know about that. What you have given me is the most profound experience I can imagine. I’m so filled with emotion about what just happened. It’s extraordinary. Extraordinary.”

“I hope I never recover from this. I hope that I can maintain what I feel now. I don’t want to lose it. It’s so much larger than me and life. And it hasn’t got anything to do with the little green man. It has nothing to do with that. It has to do with the enormity and the quickness and the suddenness of life and death and the… Oh, my God.” 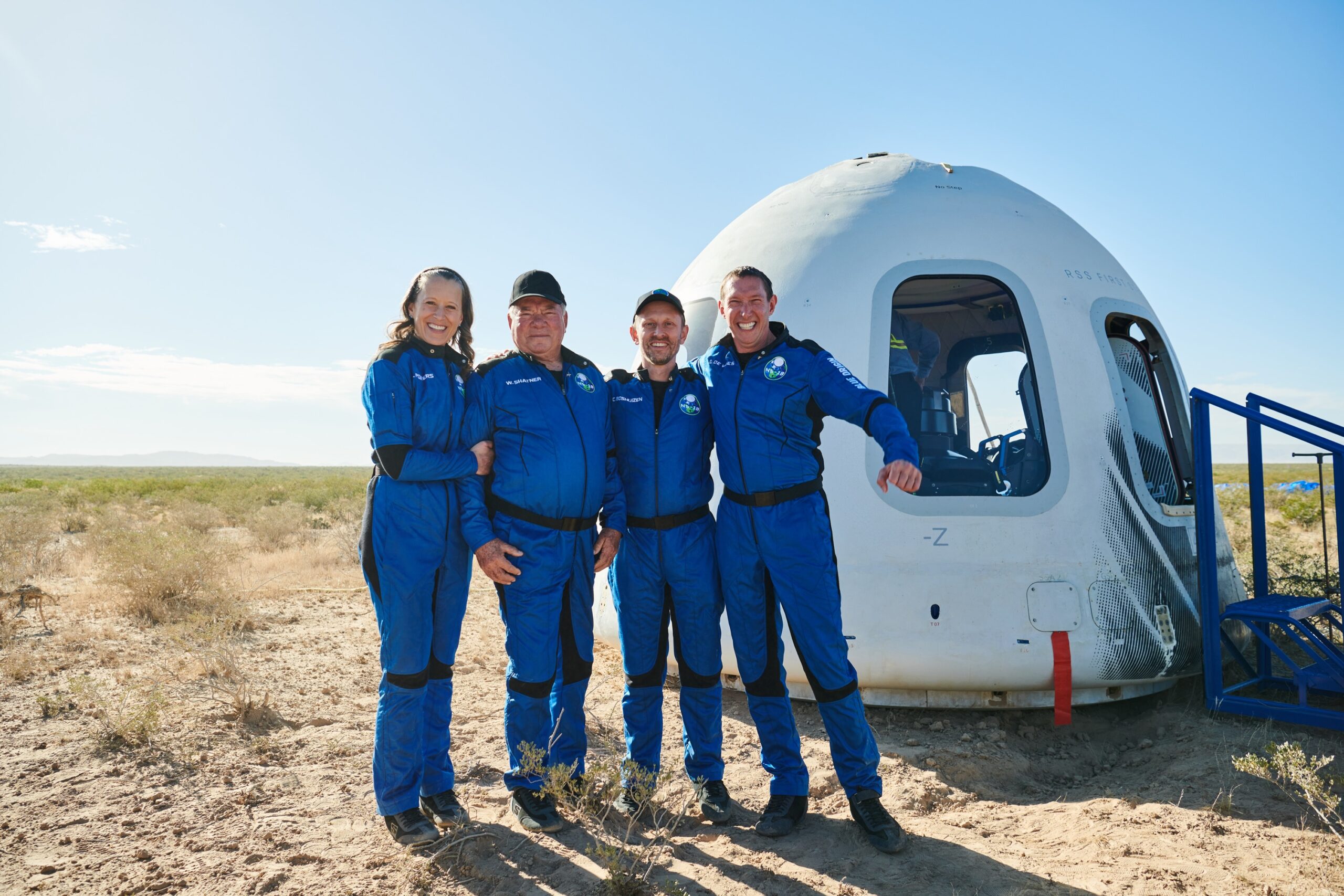 Shatner: “Beautiful. Yes. Beautiful in its way. But…”

Shatner: “I don’t know. I can’t even begin to express what… What I would love to do is to communicate, as much as possible, the jeopardy, the moment you see the vulnerability of everything. It’s so small. This air, which is keeping us alive, is thinner than your skin. It’s a sliver. It’s immeasurably small, when you think in terms of the universe. It’s negligible.”